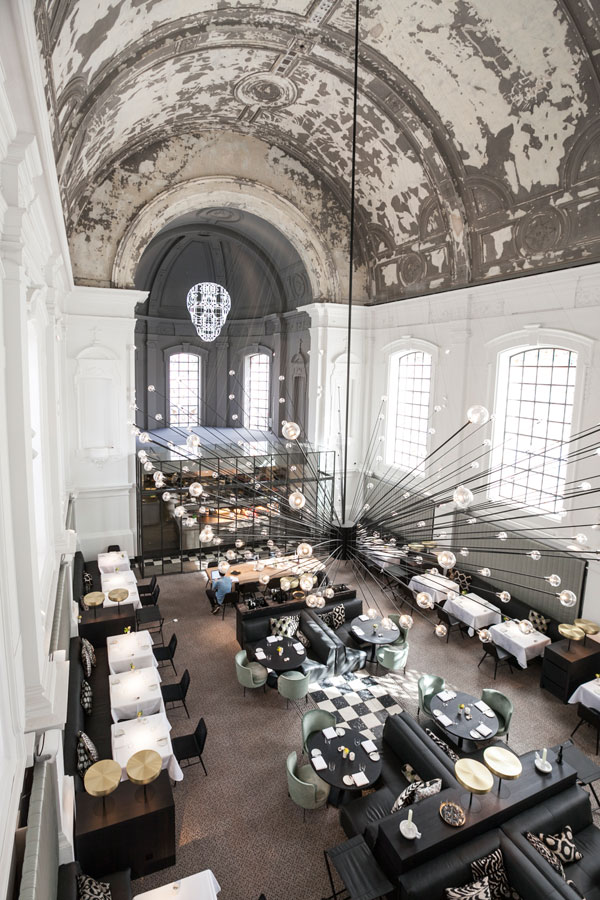 The interior of “The Jane” blends historical elements with purist furniture design. A chandelier with as many as 150 lamps illuminates the space to optimum effect. Photo © Fotoclaire for The Jane Restaurant Antwerp

“The Jane” is the name of a new restaurant by master chefs Sergio Herman and Nick Bril. Their culinary creations are long since known to be extraordinary; now they have the matching location to boot: For their new gourmet sanctuary they have given a chapel in Antwerp a thorough makeover.
On the outside, the now profane church’s simple façade has been as good as left in the original, but once inside you will look in vain for any signs of virtuous abstinence. Designer furniture and elaborate lighting installations have taken the place of the altar and wooden pews that previously filled the 20-meter-high hall. In keeping with the elegant interiors, the kitchen and washrooms were outfitted with high-quality mixers by Axor, the design brand of Hansgrohe SE.
Master chefs Sergio Herman and Nick Bril treat their guests to such wonderful culinary fare as “Shoulder of lamb with Eede asparagus” and “Holstein beef with egg plants, miso and sesame”. With “The Jane” Herman, who for 25 years cooked in the Dutch three-star restaurant “Oud Sluis”, wanted to offer his guests something more than the usual classic and unobtrusive ambience of high-end restaurants. Sensuous, obscure and with a touch of profligacy – this is the atmosphere in which he wants his guests to indulge themselves.

For the walls and furniture Dutch interior designer Piet Boon opted for black, gray and off-white. The ceilings were left with their original patina – here and there the plaster has come off the walls, creating picturesque effects. Moreover, the detailed floor mosaic has remained as a historical relic.
With a massive chandelier and an illuminated skull suspended above the kitchen and visible through the all-glass interior walls, lighting designer Kendell Geers has created a truly spectacular ambiance. Kitchen and washrooms have been outfitted with mixers from the Axor Manufaktur. Brushed “Black Chrome” special finishes were chosen to underline the refined and somewhat somber look-and-feel of the restaurant. Here, Axor’s “Uno²” wall-mounted mixers stand out for their pared-down geometry and high outlets. The sinks feature a combination of Axor’s Citterio SemiPro mixer, whose ergonomic levers enable easy operation, and Hansgrohe’s “Talis” mixer.
The concept, purist design set against a historical and somber atmosphere, has paid off. “The Jane” opened its doors in March 2014; today guests need to book three months in advance to secure a table for themselves.

The interior of “The Jane” blends historical elements with purist furniture design. A chandelier with as many as 150 lamps illuminates the space to optimum effect. Photo © Fotoclaire for The Jane Restaurant Antwerp 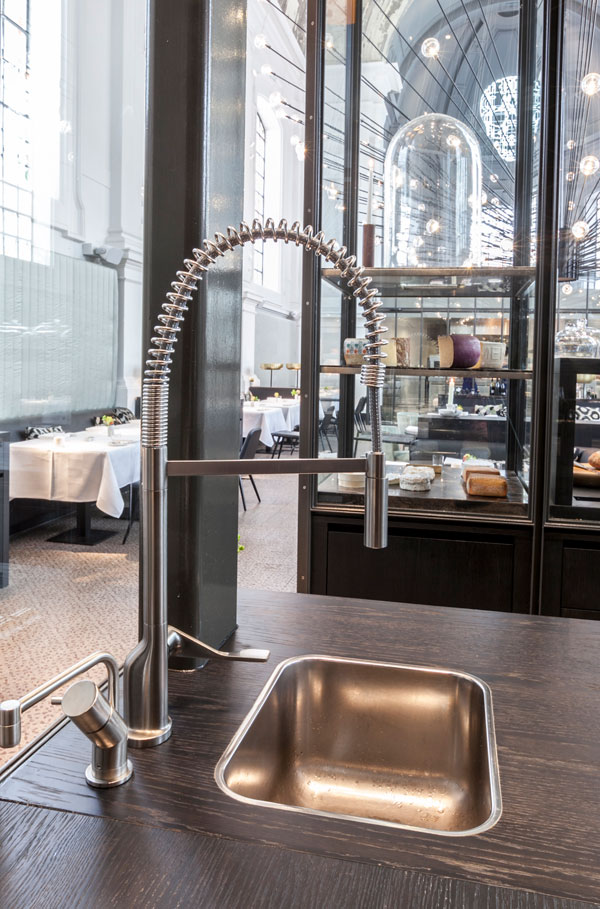 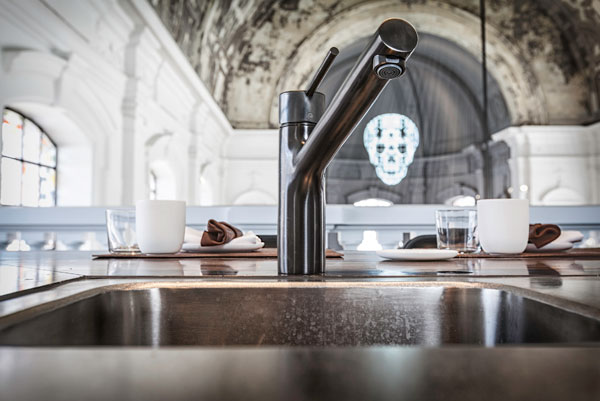 The kitchen also boasts a range of custom-made mixers. Take, for example, Handgrohe’s “Talis”, which was finished in brushed “Black Chrome” for a refined look-and-feel. Photo © Fotoclaire for The Jane Restaurant Antwerp 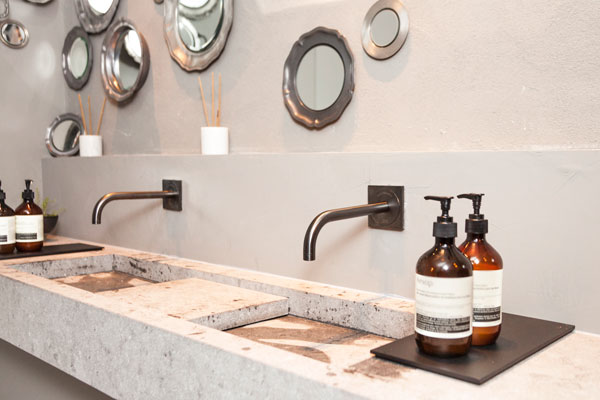 Top-quality craftsmanship from the Axor manufactory has been tailored to meet creative expectations: special refined finishes, extended or shortened. Photo © Fotoclaire for The Jane Restaurant Antwerp 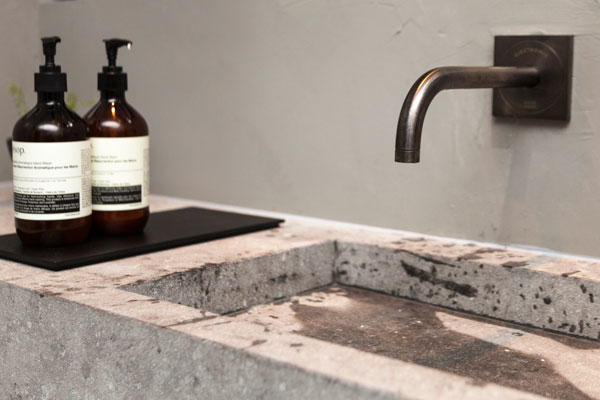 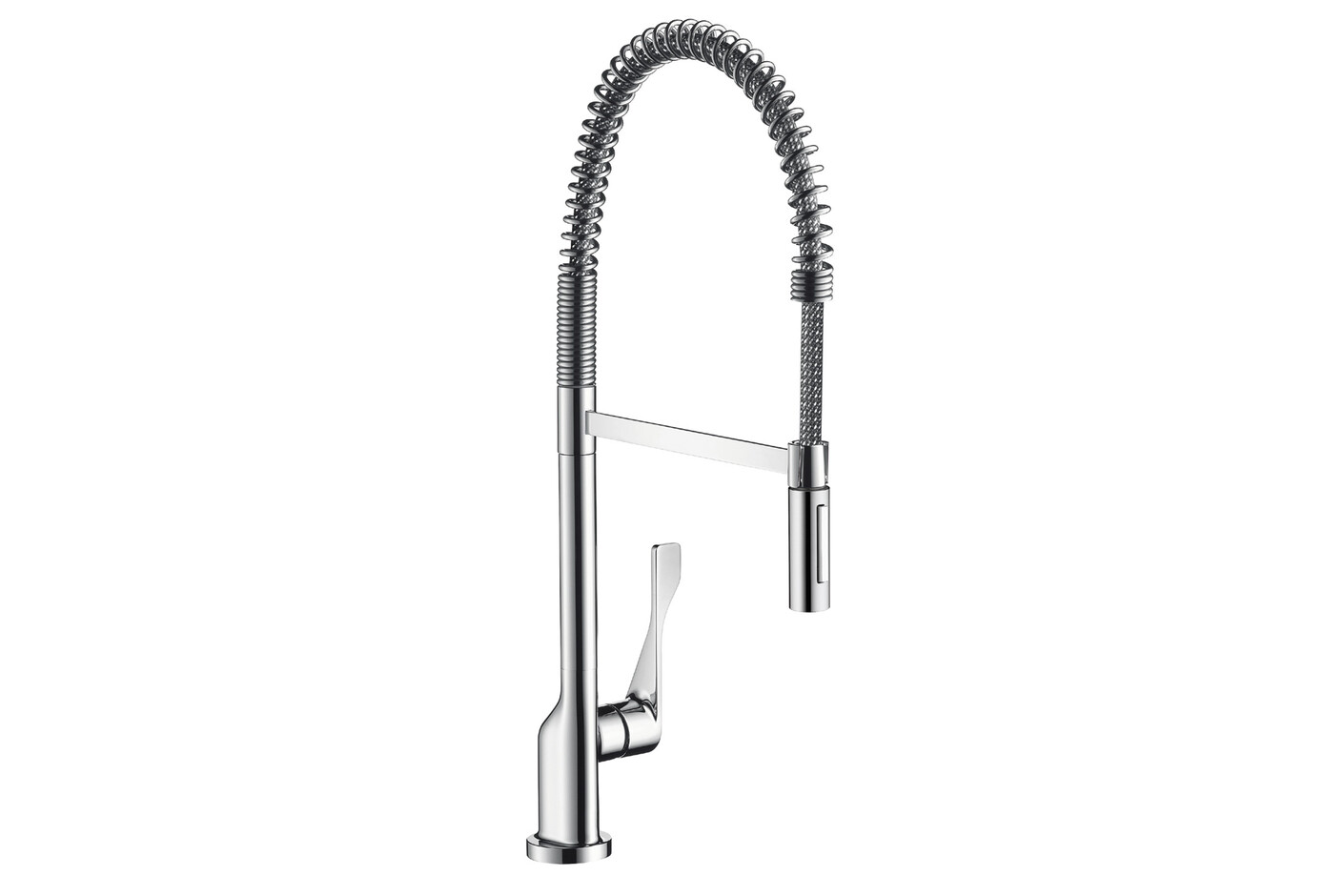 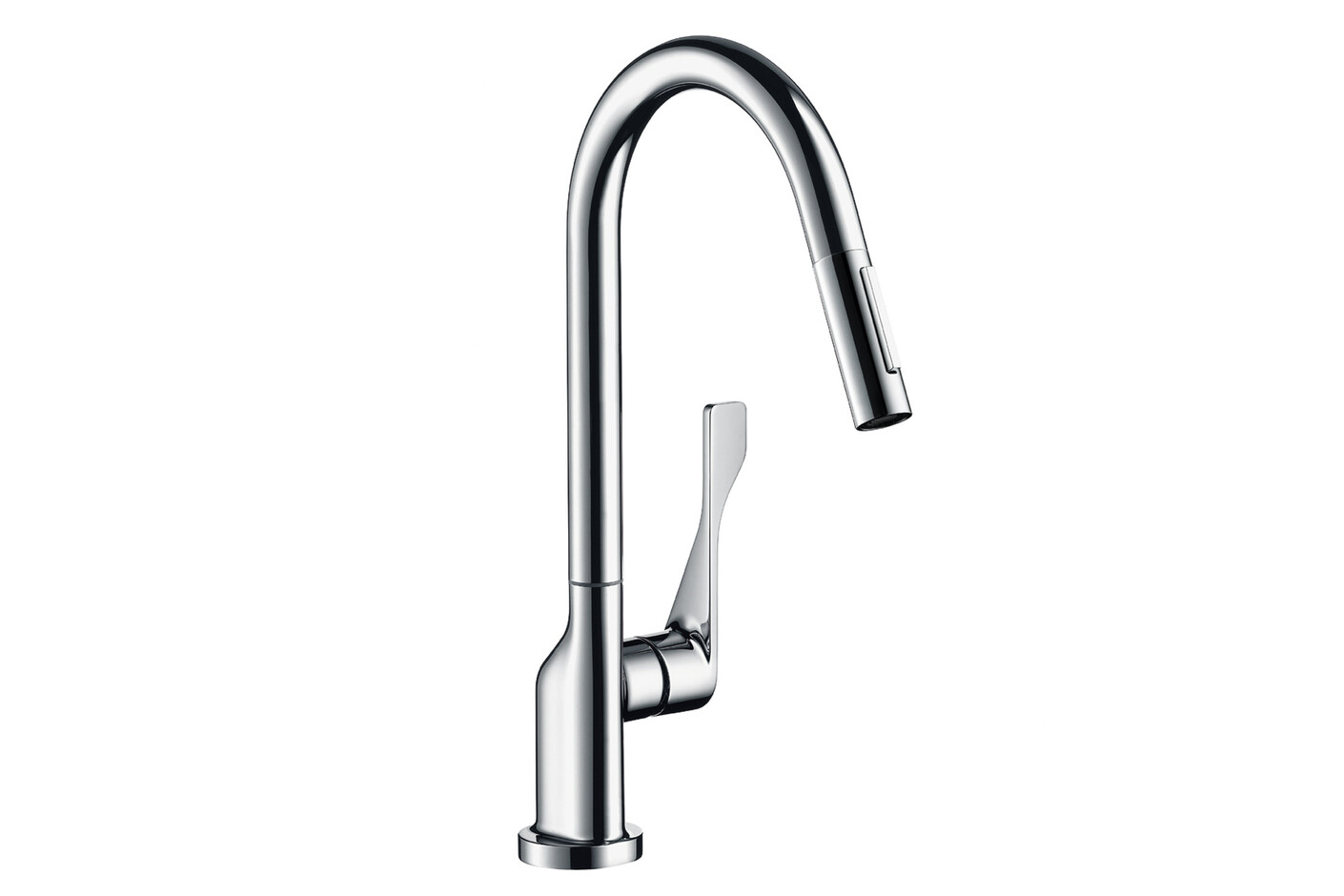