Luminaires, chairs, cutting boards. Sebastian Bergne’s portfolio is diverse and his designs are often persuasively clever. Of late, the London-based designer has increasingly been making a name for himself as a design curator. Stylepark’s Daniel von Bernstorff spoke to the multi-talented mind on his new role as curator of the “Solutions” special show at the Ambiente consumer goods trade fair in Frankfurt, of the “Design with heart” exhibition on the occasion of the Design Biennial in St. Etienne and his love of traditional crafts workshops.

Daniel von Bernstorff: What is the story behind the “Solutions” exhibition? Why did you switch into the role of a curator?

Sebastian Bergne: This idea really came about in a conversation between Nicolette Naumann (Vice President Tendence and Ambiente of Messe Frankfurt, editor’s note) and me: There are many manufacturers who produce for their market and are never noticed by the traditional design prizes because, in their particular market or in their culture, design does not mean the same thing as it means to other people. So, we came up with this selection. It’s not a prize, anyone who wants to be considered can send the product. It just needs to be a recent product, within the last year. It is less motivated by aesthetic. It is about the functionality, the practicality and the use of materials.

It looked very jarring at the exhibition, but the film made it comes alive. It was amazing how people were attracted by screens.

Bergne: We thought, “Okay, how do we present this?”. Most people consider design to be a functional or practical improvement. For that reason I was thinking about those kinds of TV-Home-Shopping channels, where you go to the supermarket and people demonstrate things. The films are really, really important, really fundamental. Each one is shot in exactly the same way. It’s kind of a standard format.

Every product has to be of help in daily life to people or make things easier.

Bergne: It’s democratic. Everything was exhibited in the same way, each one had a film. It’s quite linear and equal. People come and make their own judgment. Some said, “I’m sure this doesn’t work.”. That’s good, because what I want is people to be stronger in their own opinions about products, be more informed and be willing to say, “I don’t want this,” or, “I do want it because of X or because of Y.” People often lack self confidence when it comes to choosing things. They get affected by advertising.

So, what about other projects you’ve worked on as a curator?

Bergne: We’ve recently curated a big, exhibition called “Design with heart”, it was in March at the Design-Biennale in St Etienne. I wanted to show why and how things have value. In this case by showing a broad selection of 80 objects that have value to me for different reasons.

What did you choose for Design at heart?

Bergne: At one end there were projects were about community. For example, there was a wedding ring which has the print of your partner’s skin on the inside surface. The traditional symbol of marriage, but updated. Then we had flags of new countries which have come to exist in the last few years. Obviously, the flag is the most symbolic object of a community that exists. There is a tablecloth by Maarten Baas made for the national day in Amsterdam last year. Everyone in Amsterdam was invited to a meal and on the tablecloth is the name of every resident. It’s huge! At the other end of the spectrum, there were sports products and games. Not forgetting intelligent cooking and tabletop objects. Some things I chose simply because they are just very beautiful.

It’s a very diverse program then, not design in the classical sense.

Bergne: Perhaps yes. For example we had a chair from the historic French furniture company “Tolix”. In this case it was not so much about the 3D design but it represented the story of the company. It had financial problems a few years ago and was saved by one of the management. She has completely turned it around by her intelligence and collaboration with designers and art directors of “Normal Studio”. So, the exhibition was also about the story of manufacturing companies that I value greatly. The design of the space was also important. Everything was shown as a real object, on huge round tables. The round table is important as a symbol of equality. We also had a round bar in the space to allow people to meet and discuss. In the end I hope the exhibition made people more aware of why they like or dislike things. After all, we all have the power to influence what products are on the market simply by using our personal choice.

Were there also your works?

Bergne: None of my own work was included in the exhibition, it wouldn’t have been right. My ideas and approach to design was represented as an introductory film at the entrance to the show.

So, working as a curator is new for you?

Bergne: Yes, this is very new. It’s only in the past two years that people have started to ask me to do this, and I must say that I quite enjoy it. I suppose with 20 years experience I now feel qualified to have an opinion. [laughter] But, of course, I remain firstly a designer.

What is your online-platform “Spunique” about?

Bergne: Spunique is an online project that started about ten years ago. In fact it’s now about to disappear because there aren’t enough hours in the day to do it justice. It was basically about self-production, about the passion that some designers have to make things, in brought designers and people together and offered unique design for sale online. This has since become quiet a common format so a couple of years ago I switched my energy to an online-shop selling only products I have designed. This includes products designed for other companies and my own personal editions. As it now has 50 or 60 products it even starts to make sense financially. On one hand it’s just another way to profit from the work I’ve put into designing new things, on the other, it is a communication tool to a wider public.

Could you tell us what are your latest designs at heart?

Bergne: I saw recently that you put this new lamp “Curl” that I designed for Luceplan on your site. Interestingly this project started with the new technology using this new LED micro light source. The user can adjust the color of the white light. Although it is a lamp for the table, it makes no reference to the traditional typology of a table lamp. The result is a sort of self-illuminating form. I enjoyed the opportunity this project gave me to approach the design in a different, freer way. Another project is one I showed at the Design Week in Milan, in the Wallpaper “handmade” exhibition: a cooperation with Kent brushes and Wallpaper. It was enjoyable to work with this traditional English company that makes both, hand-crafted wood and high technology plastic brushes. Our project is a family of personal clothes care brushes, on the same unusually shaped handle.

Bergne: I’m interested by high technology at the moment. Perhaps surprisingly, as it has been said that some of my more recent work is very analog. Many new high technology products have so much to offer but struggle to define them in a clear and sympathetic way, they seem to lack the right human values. I’m not talking about being retro or minimal but simply valuable as personal objects. I think it would be very interesting to try and put these low and high tech values together in contemporary designs.

On purposive beauty: One who is full of enthusiasm when it comes to identifying functional shortcomings is Sebastian Bergne
(5 March 2008) 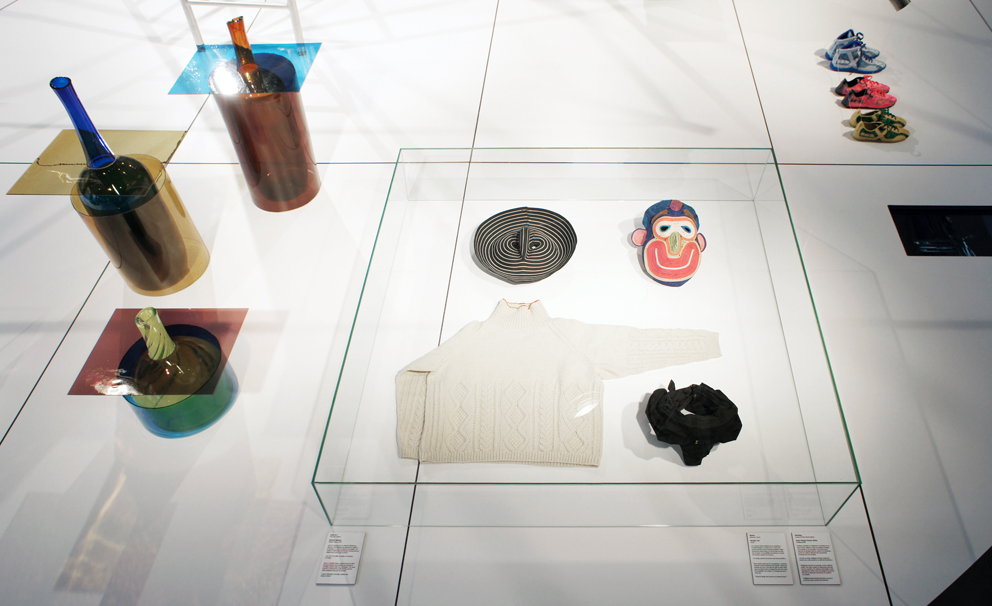 For the „Design with heart“ exhibition at the biennale in St. Etienne, Bergne presented personal favourites. Photo © Studio Sebastian Bergne 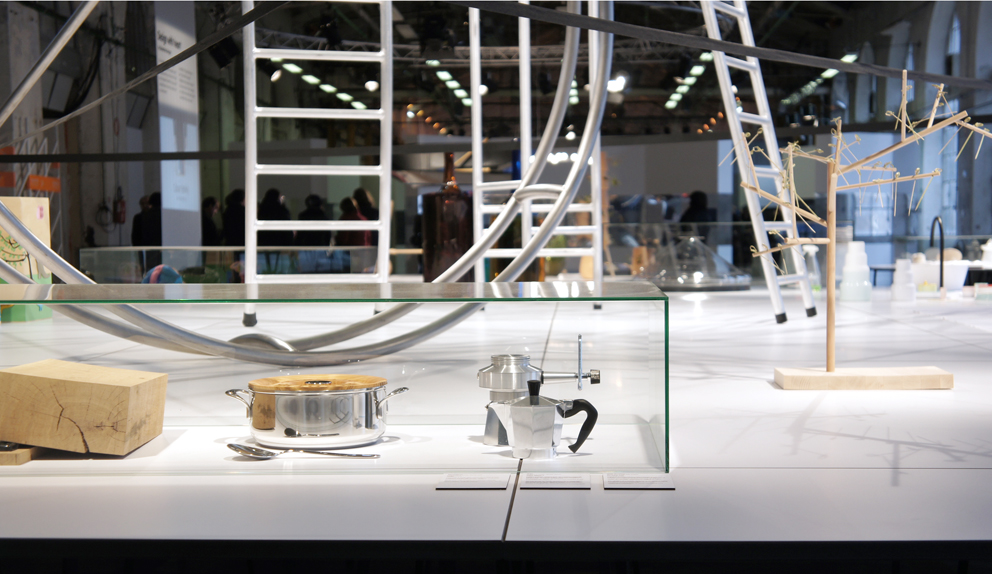 “I suppose with 20 years of experience I now feel qualified to have an opinion.” Photo © Studio Sebastian Bergne 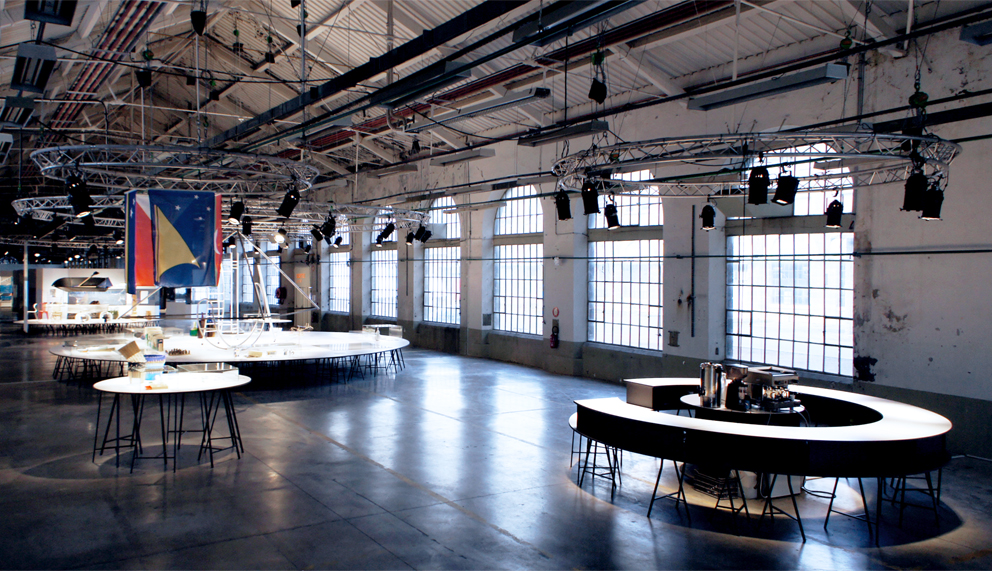 “The round table is important as a symbol for equality” - „Design with heart”-Ausstellung in St. Etienne. Photo © Studio Sebastian Bergne 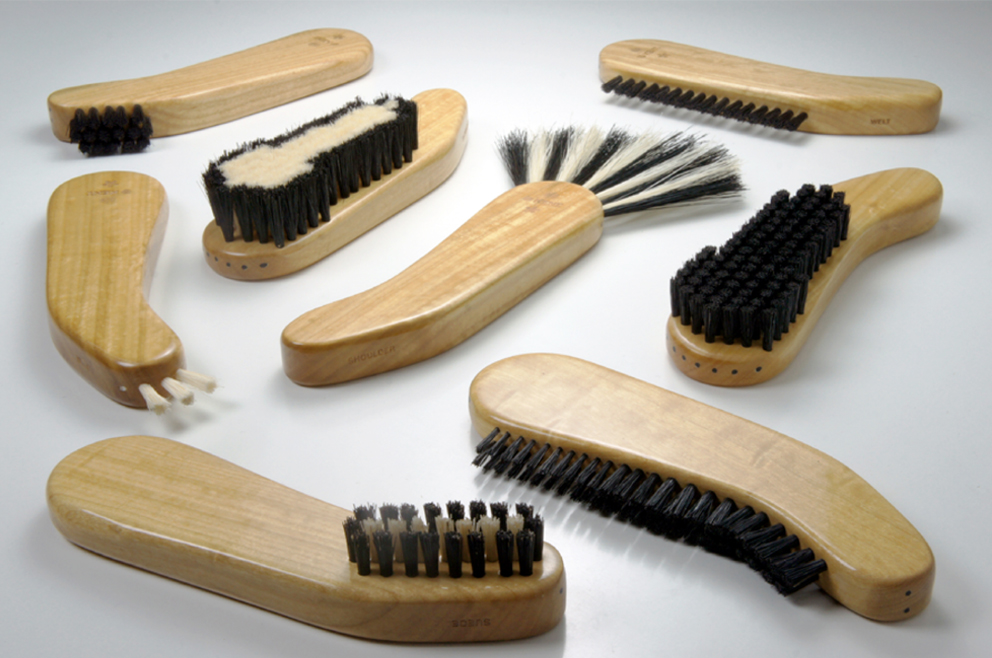 Cooperation with Kent Brushes for the „Handmade“-project of Wallpaper. Photo © Studio Sebastian Bergne 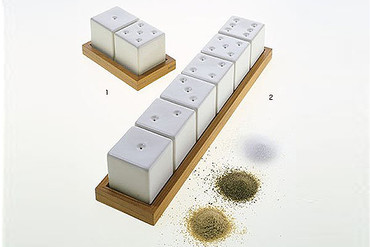 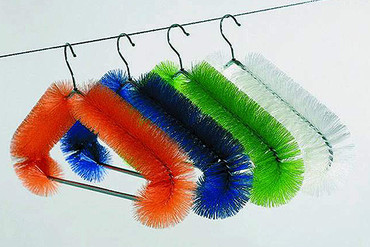 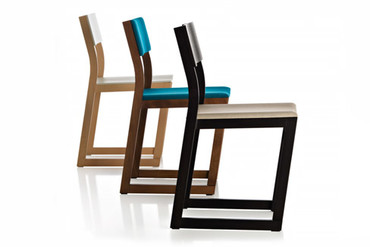 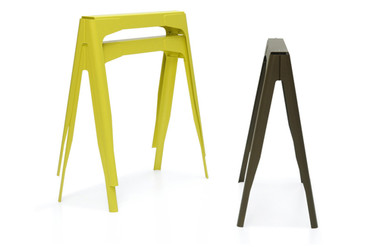