“There were some Japanese here who noted how Japanese the house is. And there were also Scandinavians who thought it all very Scandinavian,” says Todd Bracher with a grin. Seemingly the American, although he has lived in Europe for ten years, mostly in Denmark, has hit a global home-living nerve. Not that he doesn’t fully understand visitors’ views on style: “In both Japan and Scandinavia the culture is closely linked to nature. In America, at least in the big cities, it isn’t, for countless different reasons. I wanted a house that doesn’t follow trends, but is natural, human and reduced to the basics. Back to the roots, you could say.”

Todd Bracher is 42 years old and was born in New York. The son of a carpenter with grandparents from the UK, Germany and Italy, he studied Design at the Pratt Institute, completed his Master’s in Copenhagen, and has lived and taught in Milan, Paris, Reims and London. In 2007 he opened his own studio in Brooklyn. Today he collaborates with such renowned labels and firms as Georg Jensen, Cappellini, Fritz Hansen, Herman Miller, Humanscale, Issey Miyake, Swarovski, Zanotta and 3M. So we can’t really expect a particularly “American” house from him. Yet that wasn’t the reason Bracher was chosen. “Todd is a designer, but also a thinker,” says Dick Spierenburg. “Living and working are part of his portfolio. In my opinion this combination is becoming increasingly important in every home.”

And so “Das Haus 2017” is a hybrid in many respects. Bracher, who sees everything in a state of flux and thinks traditional building types and forms of living are obsolete, subdivided the 200-square-meter “Haus” into three zones: Nutrition and entertainment in the broadest sense of the term, rest, and hygiene take place in three different areas. The largest space is the one where people spend time. For Bracher the concept of open living, which began to prevail in American homes earlier than in European ones, encompasses the kitchen, library, garage, home office, basement… His idea envisions people cooking in this central space, but also repairing motorcycles, eating, studying, talking and much more. Needless to say, most of us will not want a greasy size-12 spanner hanging next to the spatula for the frying pan in real life. It is, after all, about possibilities, not practicality. In that case, “Das Haus” would have already lost its worth as a vision before it was even set up in Hall 2.2 at the imm cologne.

The wooden structure, the exterior of which is covered in the semi-transparent, almost burgundy-colored fabric "Sinfonia" by Création Baumann (the color is an allusion to muscles, which have a very similar tone, the idea being that it refers to something organic, alive), forms the rear wall of the shelves inside. Yet they boast no decoration, only symbols of education. “You’ve got everything there,” says Todd Bracher, “food, nature, objects for the mind, emotional things, everything that occupies us humans.”

The activity room is joined to the room of rest. Here, in the dark, we are supposed to switch off, and yes, after a short while you could even forget the hustle-and-bustle of the trade fair in the hall outside and around you. “I believe that this kind of space is important for everyone to really calm down and, for example, to block out the permanent flood of information,” says the designer. “When I look at my life in New York, I know that I absolutely don’t need a dining room, but a peaceful room of total relaxation, that would be great.”

The moon that hangs in this area defined the shape of the roof. Indeed, in the model Todd held a sheet of paper over it and the curved shape appeared on its own. The more graphic and as such more impressive effect in the designs was watered down at the fair, because owing to fire protection regulations the roof had to be transparent. On which Todd commented: “If I’m completely honest, it is easier to build a real house out there than this fake house…”

Yes, ideas are what it’s all about. Otherwise, who would want the “Hygiene” area outside of protective walls? Be it in New York, Tokyo or Stockholm? Of course, this “bathroom in front of the house” also encompasses the idea of a life close to nature. And who can blame the Brooklyn resident, who thinks of his shower at home with contempt, a glass thing, cold, difficult to clean and simply unnatural? Like so often at the moment, nature, handmade things, non-digital things, supposedly real things, they are the ones that rouse human longings and emotions. In this sense Todd Bracher’s “Haus” is a snapshot of home living, yet at the same time it is food for thought, encouraging us to rethink our future home-living and architectural concepts. 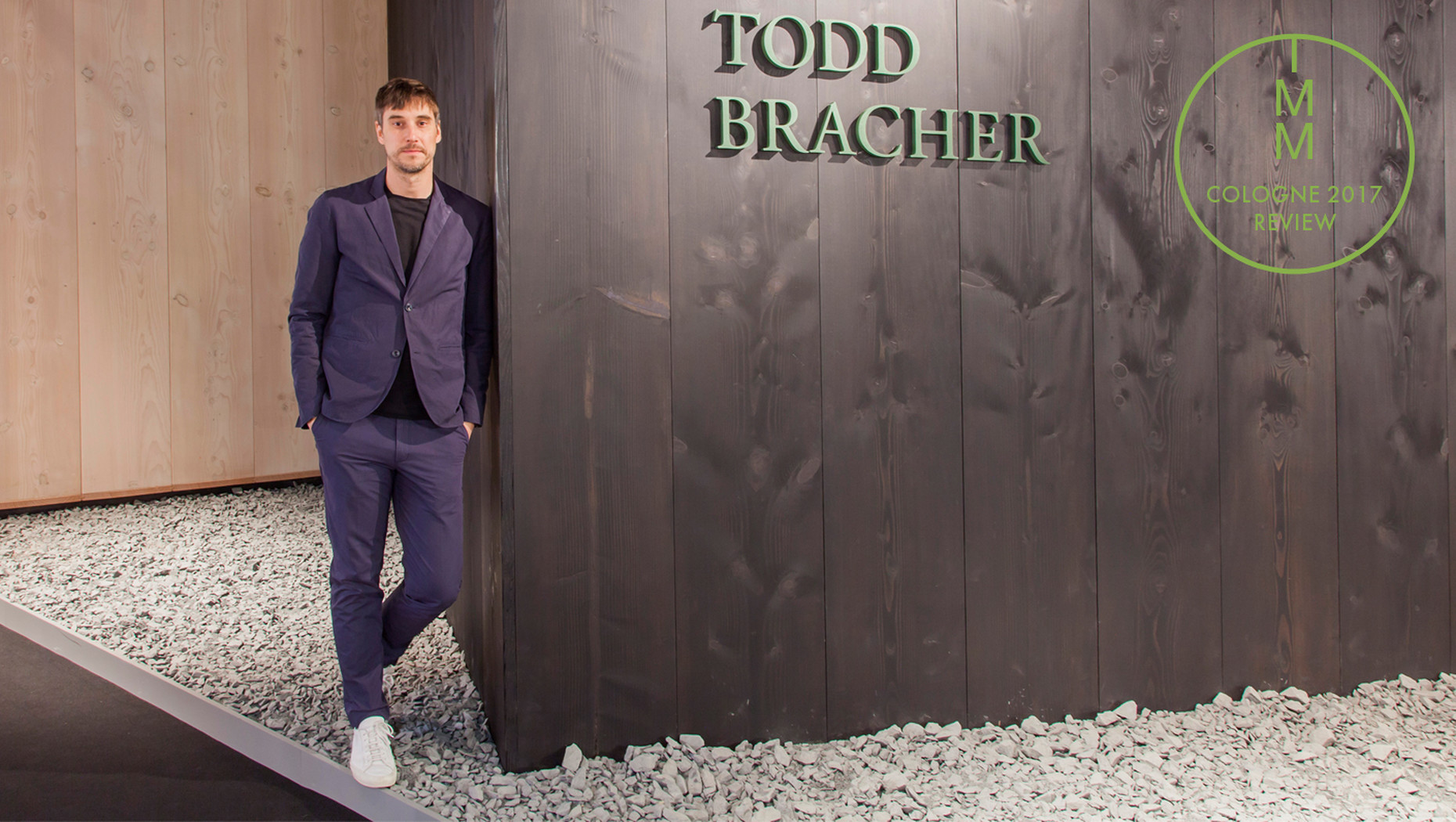 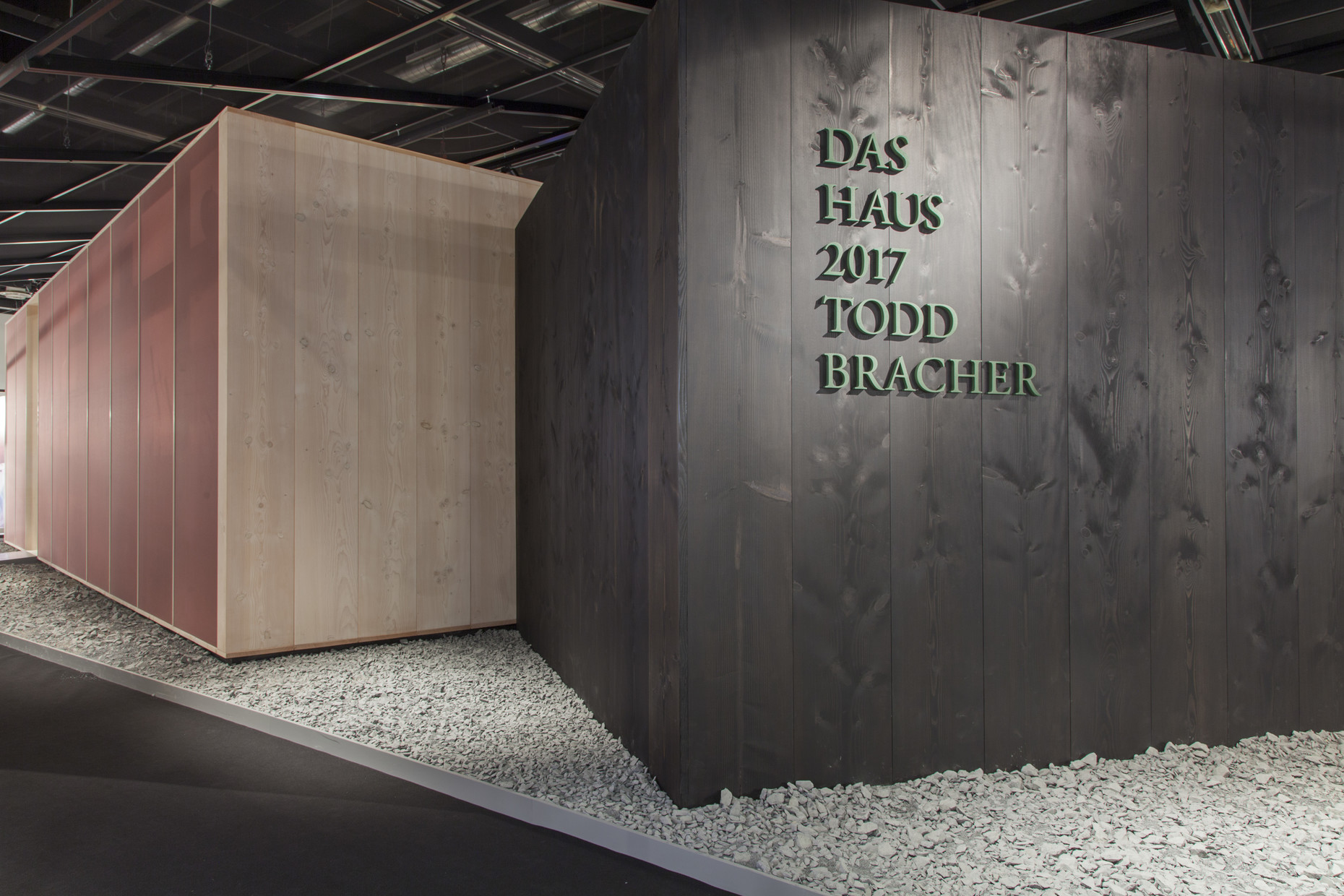 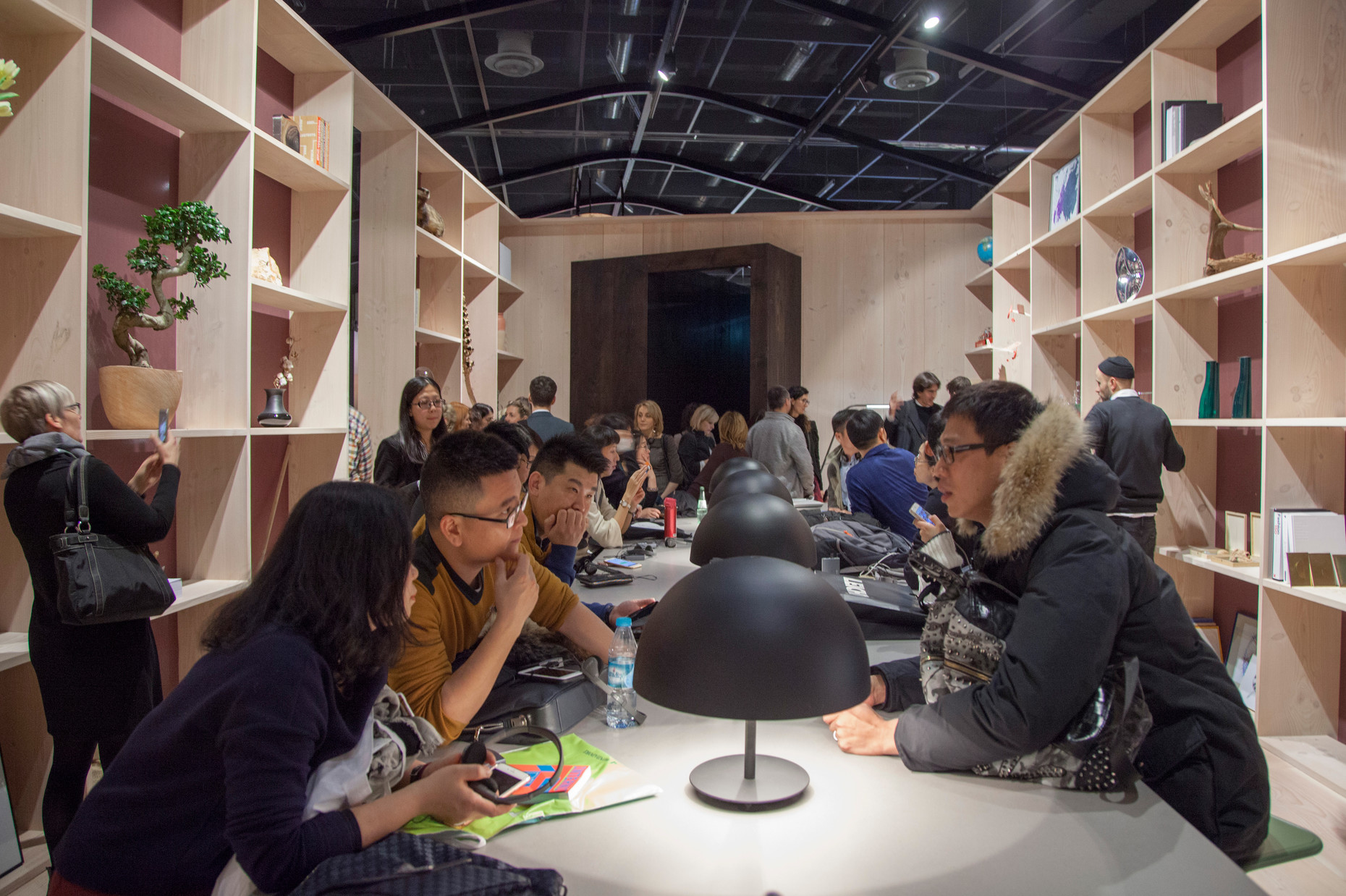 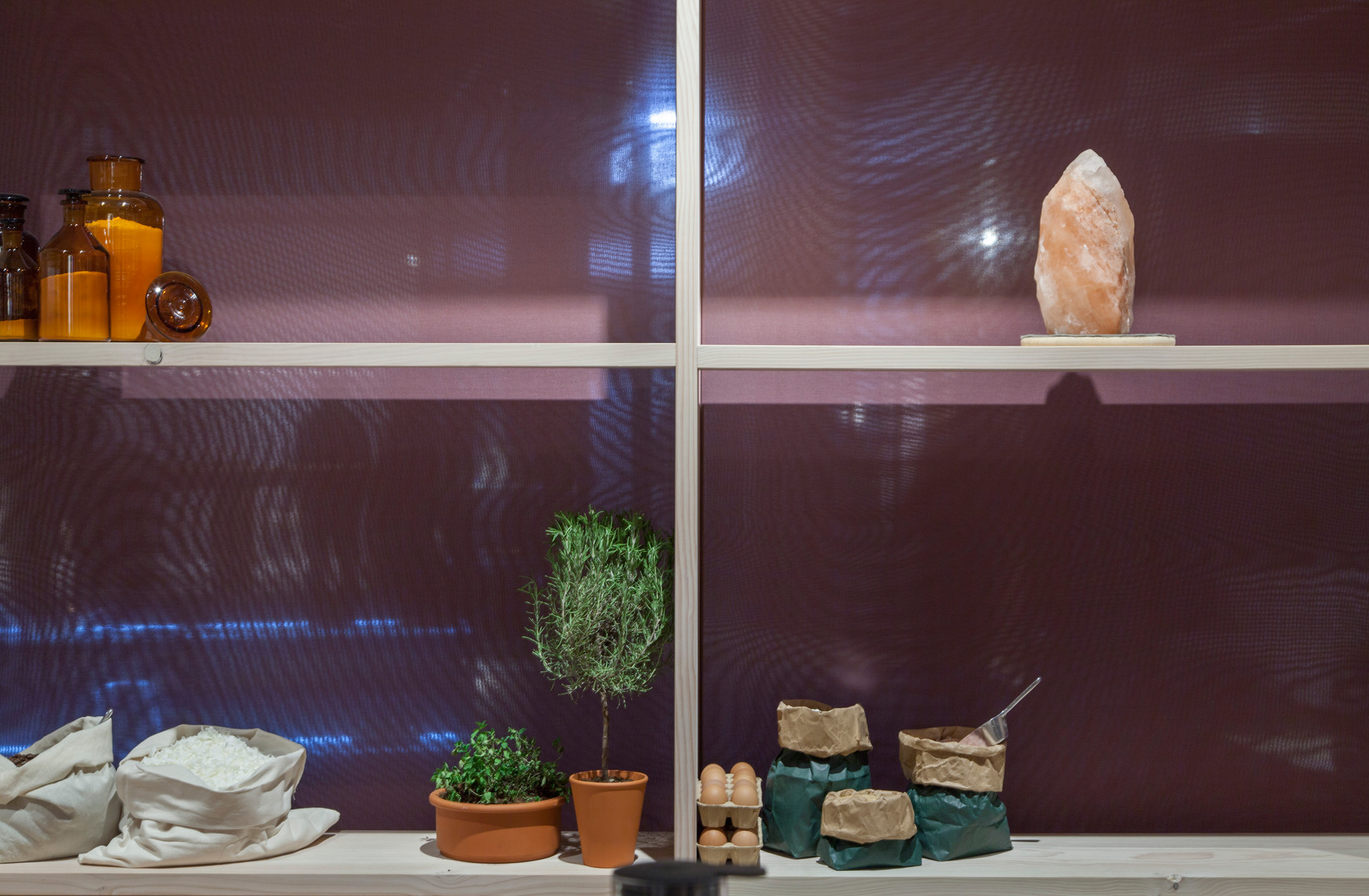 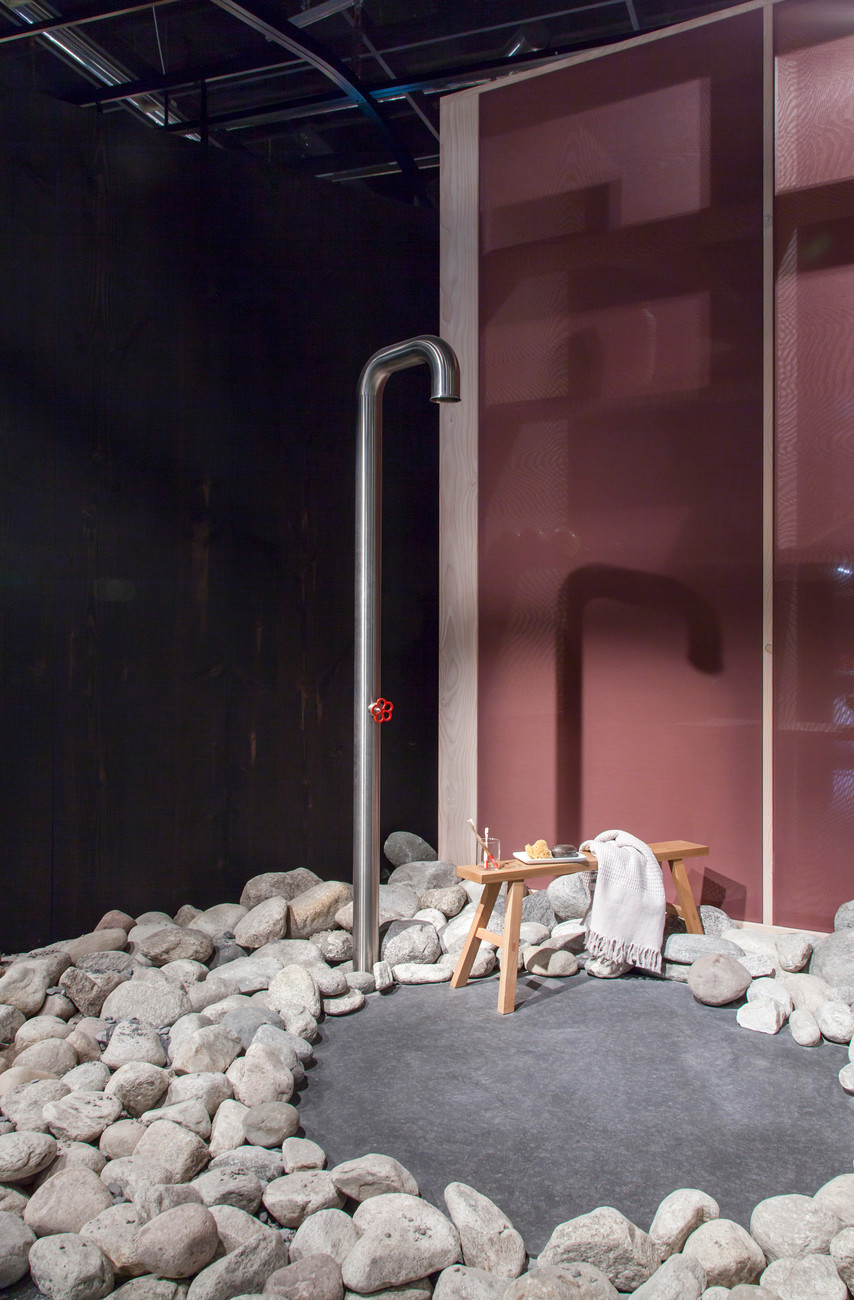 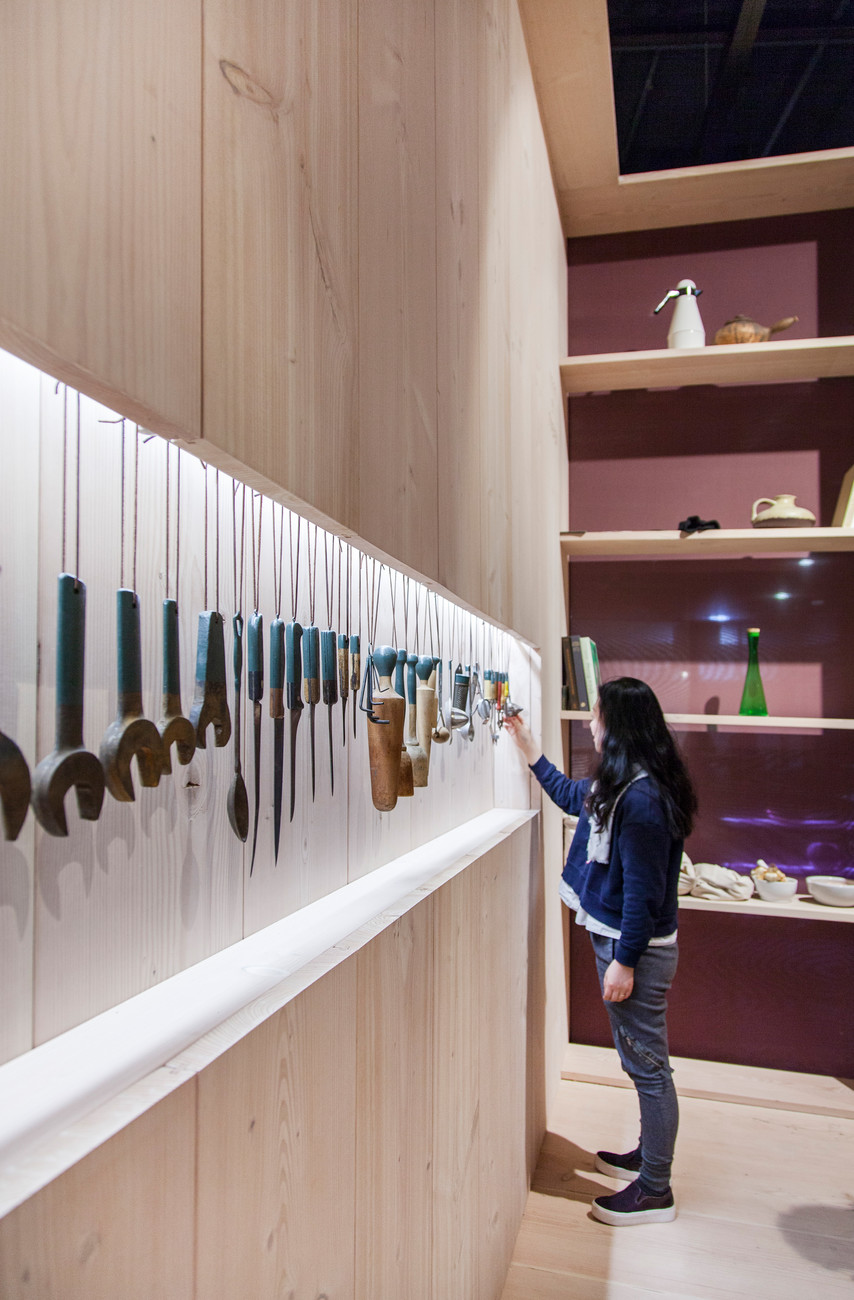 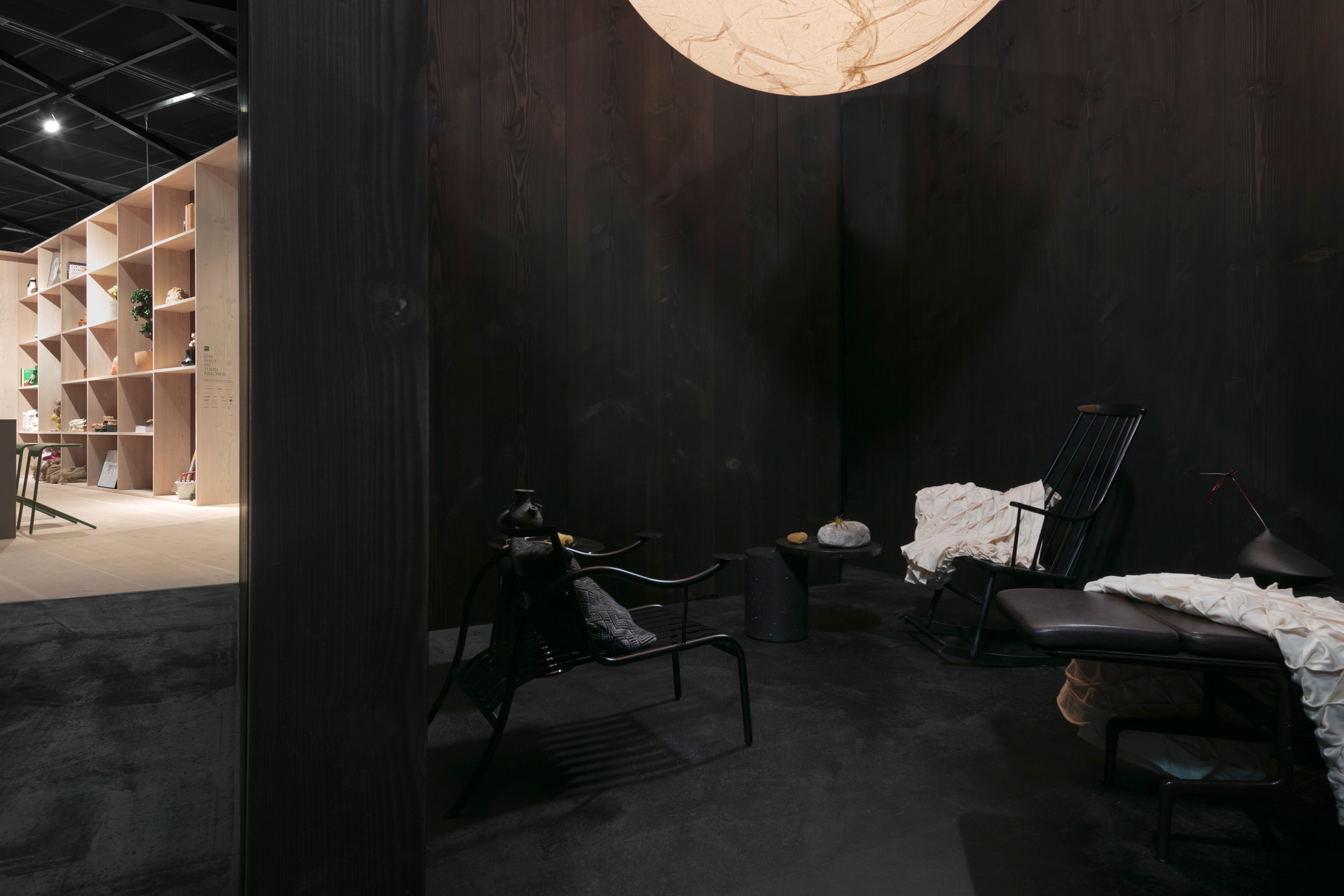 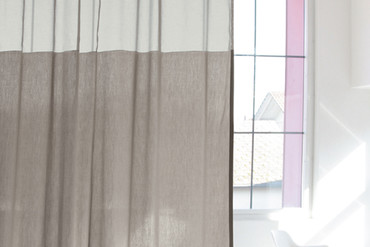 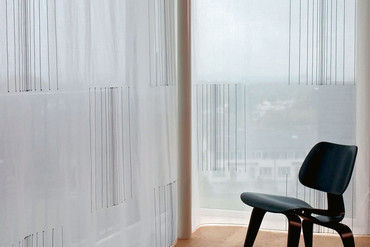 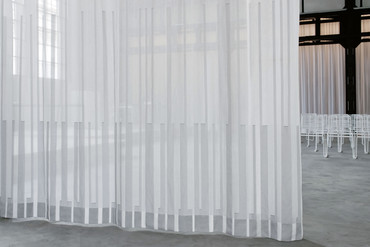 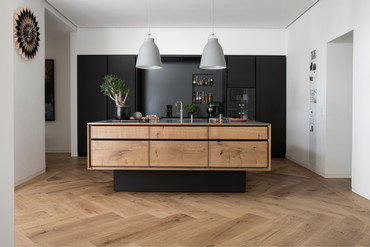 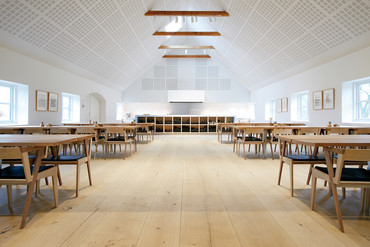