"Otherworldly" – the name calls to mind heavenly spheres or a horrendous place of damnation. However, it is unlikely that publishers Theo-Mass Lexileictous, Robert Klanten and Sven Ehmann were thinking of Dante’s Paradise or his Inferno, when they made their selection for the book just published by Gestalten Verlag. The otherworldly aspect seems to be fairly well grounded in the here-and-now: creations by renowned haute couturiers such as Thierry Mugler, Alexander McQueen, Jean Paul Gaultier, Hussein Chalayan and Martin Margiella, combined with cleverly selected scenarios dreamed up by international fashion designers such as Alice Auaa, Sascha Frolova, Iris van Herpen, Marina Hoermanseder, Jojo Ross, Bea Szenfeld, Ken Tanabe and Robert Wun who are only known to the cognoscenti.

We see expertly posing models in layered paper dresses, layers of vinyl, cellophane and aluminum foil. Like astronauts they wear bubbles of transparent plastic on their heads. Their bodies are covered with metal scales and spikes, their faces hidden behind huge spectacles resembling the compound eyes of insects, while they borrow dangerous weapons from the animal world such as antlers and tusks. They loll around in chains, shimmer in sequins and dots, play with artificial limbs, slip into the muscular silhouettes of baseball players, sink into shiny metal spheres and appear in costumes of turquoise plastic, which makes them look as if they came from some distant planet. All these transitions, in other words between the natural and artificial, the human and the animal, male and the female are possible thanks to digital technology.

In the era of Modernism, when architects, artists, film directors and designers – or at least some of them – still believed in a bright future, and that a perfect, just world which made people happy was still possible such designs would have been termed futuristic. The publishers of “Otherworldly” try to revive this spirit by praising the potential of digital design and manufacturing techniques, and promising that the fashion designs they have assembled in this book would let us dream of foreign galaxies, a new life and new civilizations many light-years away from the Earth.

However, it is not as if nobody had ever seen these outfits before. It was Paco Rabanne, who, firmly convinced that the Age of Aquarius was imminent, designed shiny metal bodysuits in the 1960s. It was Yayoi Kusama, who at the same time began to put paranoia in its place with polka dots, and it was André Courrèges, who inspired by the euphoria about the space shots realized that the clean, white astronaut look also had its erotic aspects. But “Otherworldly” not only revives all those design and material experiments of the 1960s. References are also made to the 1980s, say to Yohji Yamamoto, who was already aware of the fascination inherent in a body wrapped in multiple folds of synthetic fabrics, or to Rei Kawakubo, who relied on wadding to create sculptural swellings that looked like humps or bulges.

While 20th-century creations were riddled with New Age astrological and socio-political fantasies of the future, by the desire to overcome the traumas of war, or by the experience of being part of a No-Future generation threatened by nuclear disaster, today’s designs are both forward-gazing and backward-looking. They celebrate the supposed superiority of digital design and manufacturing practices, and in doing so fit nicely into the prevailing ideology of progress. However, they are lent their significance thanks to the references that can be fished from the depths of the Internet, cast out a net of allusions that hardly anyone outside of the addressed community is able to decipher.

However, not only the ability to decipher references creates a sense of community. Similarly, the visual language of the book, which negates all the differences in the attitudes of the fashion-makers selected creates the illusion of a single style, and by dint a sense of belonging. While Paco Rabanne once had his creations photographed as close-ups to emphasize the contrast between his metal armor and the skin’s softness, thereby arousing people’s desire to touch every pore and the finest, downiest hair, while Paco Rabanne employed his bodices in trash movies like “Barbarella” to illustrate the slogan “Make love not war” and Rei Kawakubo in keeping with her “gaping hole” look had shots of pale, windswept models taken, the images assembled in “Otherworldly” outdo each other only – in perfection, smoothness and orchestrated artificiality. While the accompanying texts tell of the surprising, unfamiliar and inexplicable, the photographs merely illustrate what has long been standard in fashion magazines. Up for admiration we see what computer, printer and image editing program could produce: Frankenstein’s fashion monsters. What makes that otherworldly? The text explains: they are an instrument for changing the world around us. 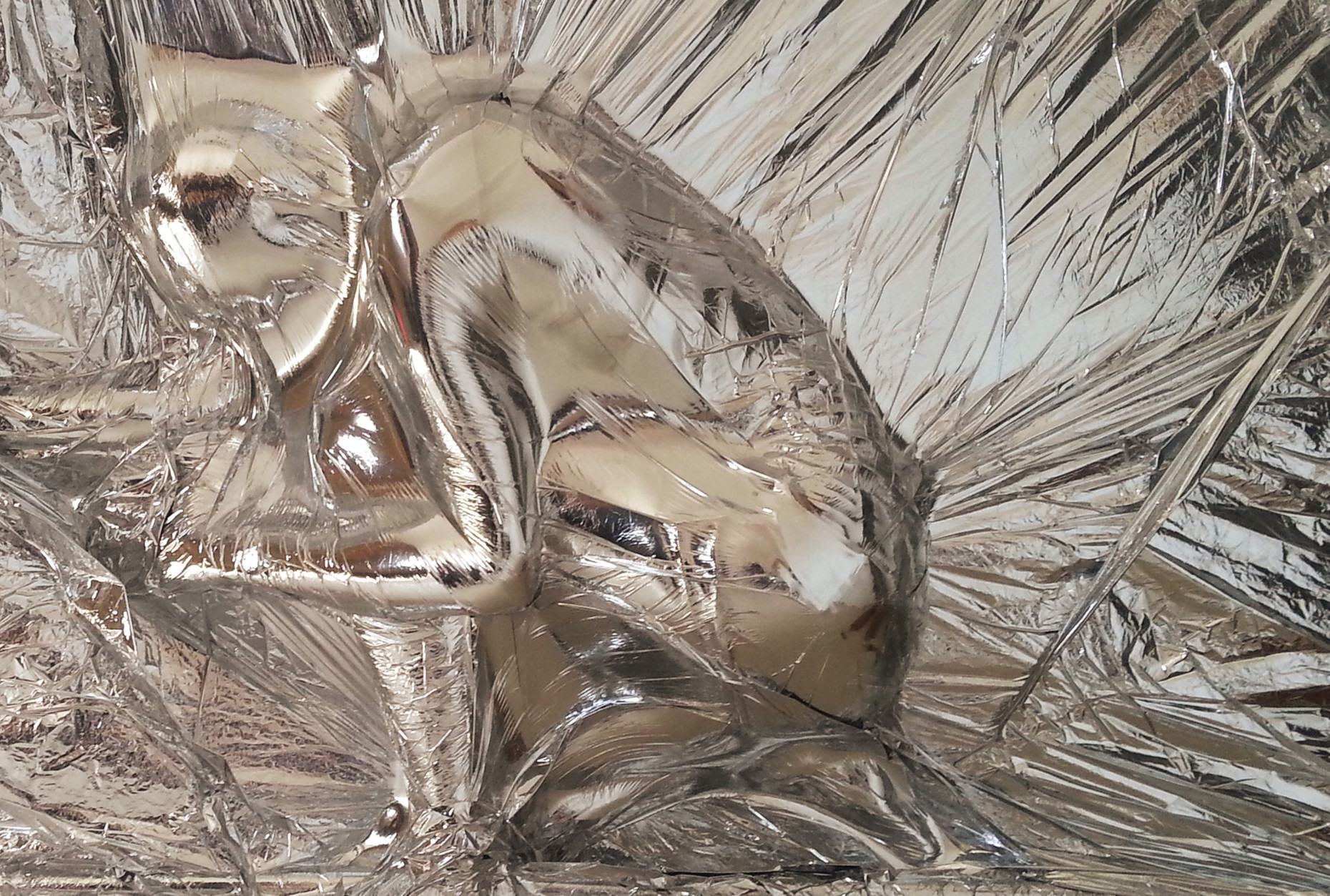 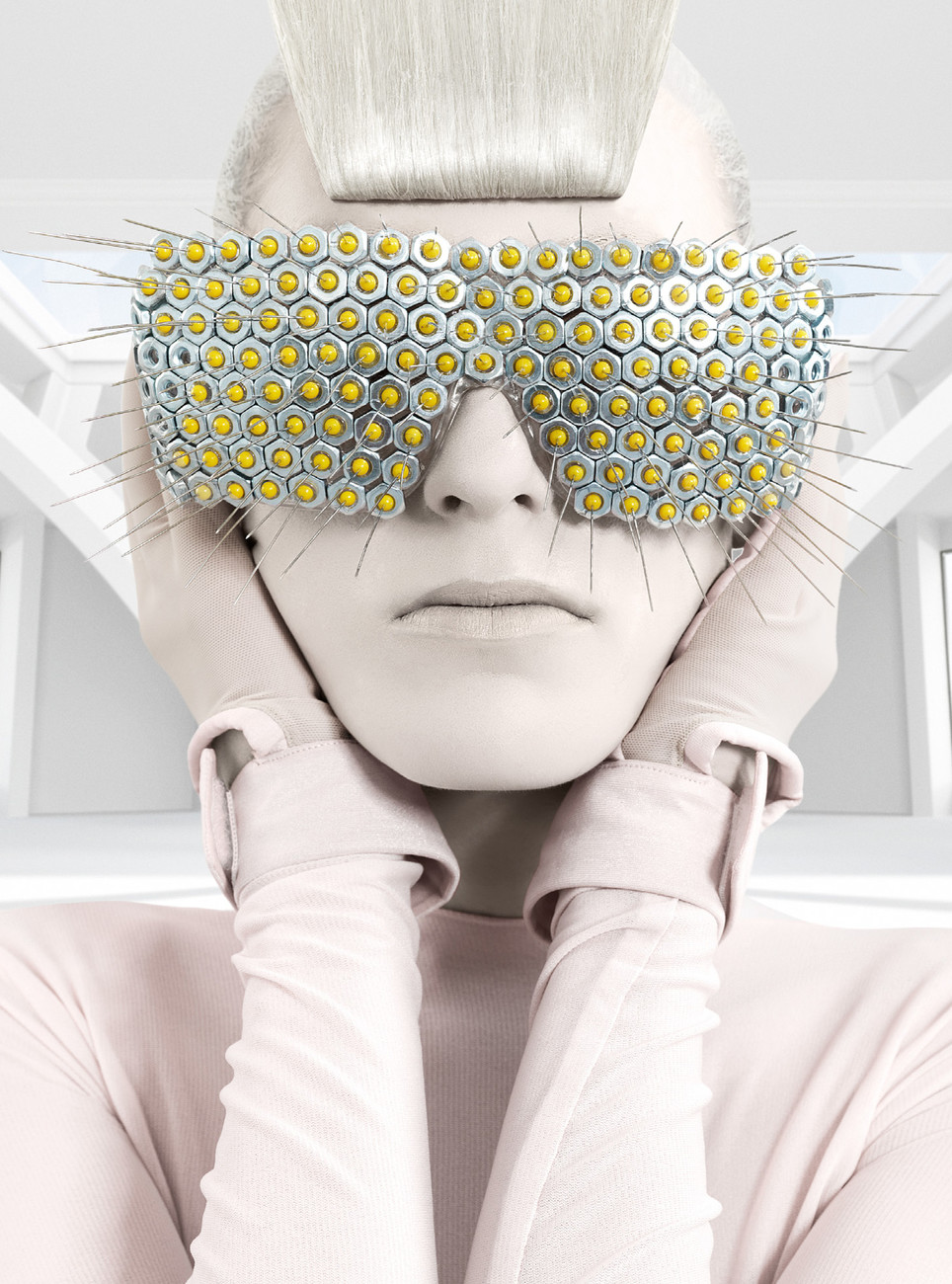 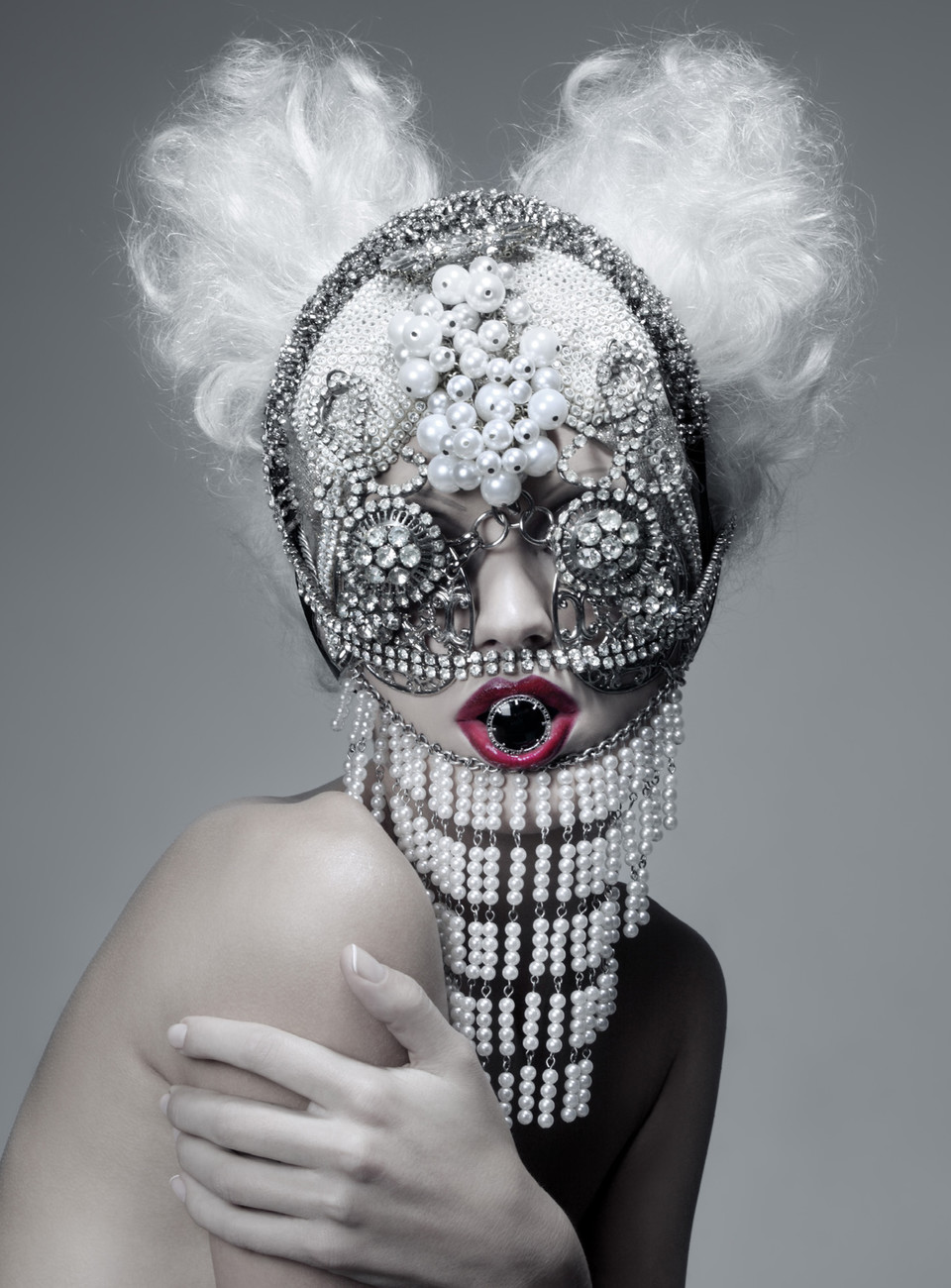 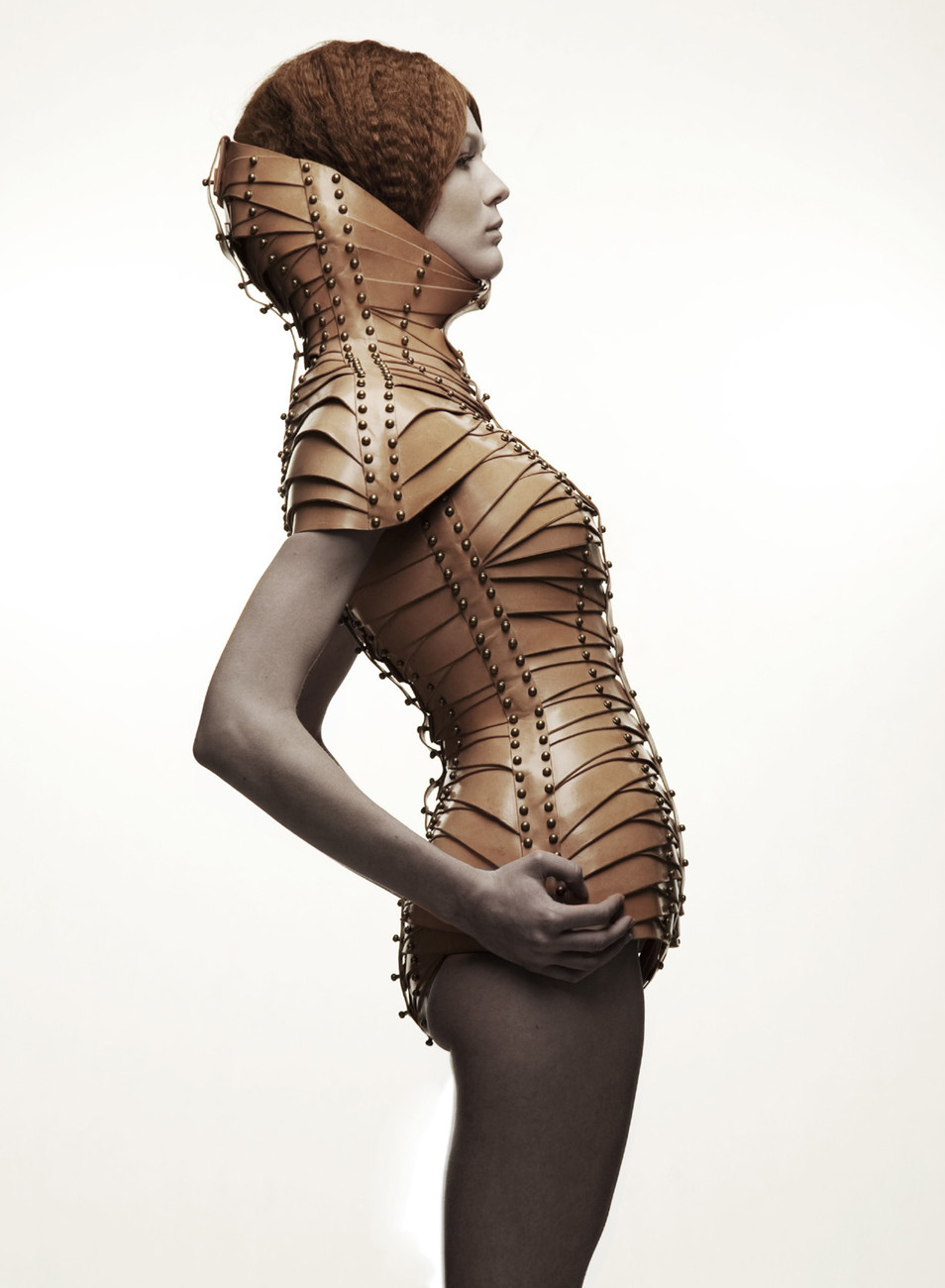 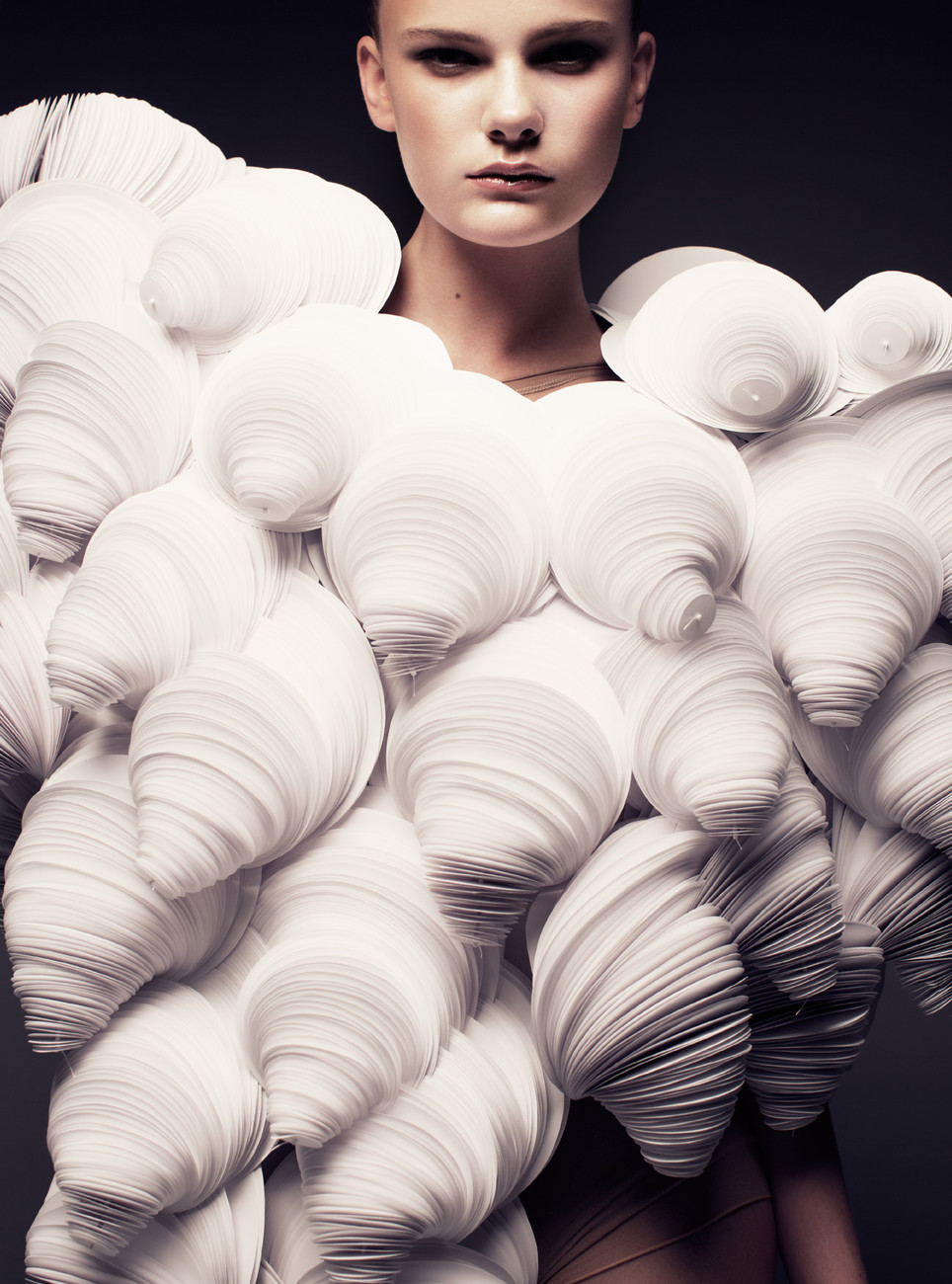 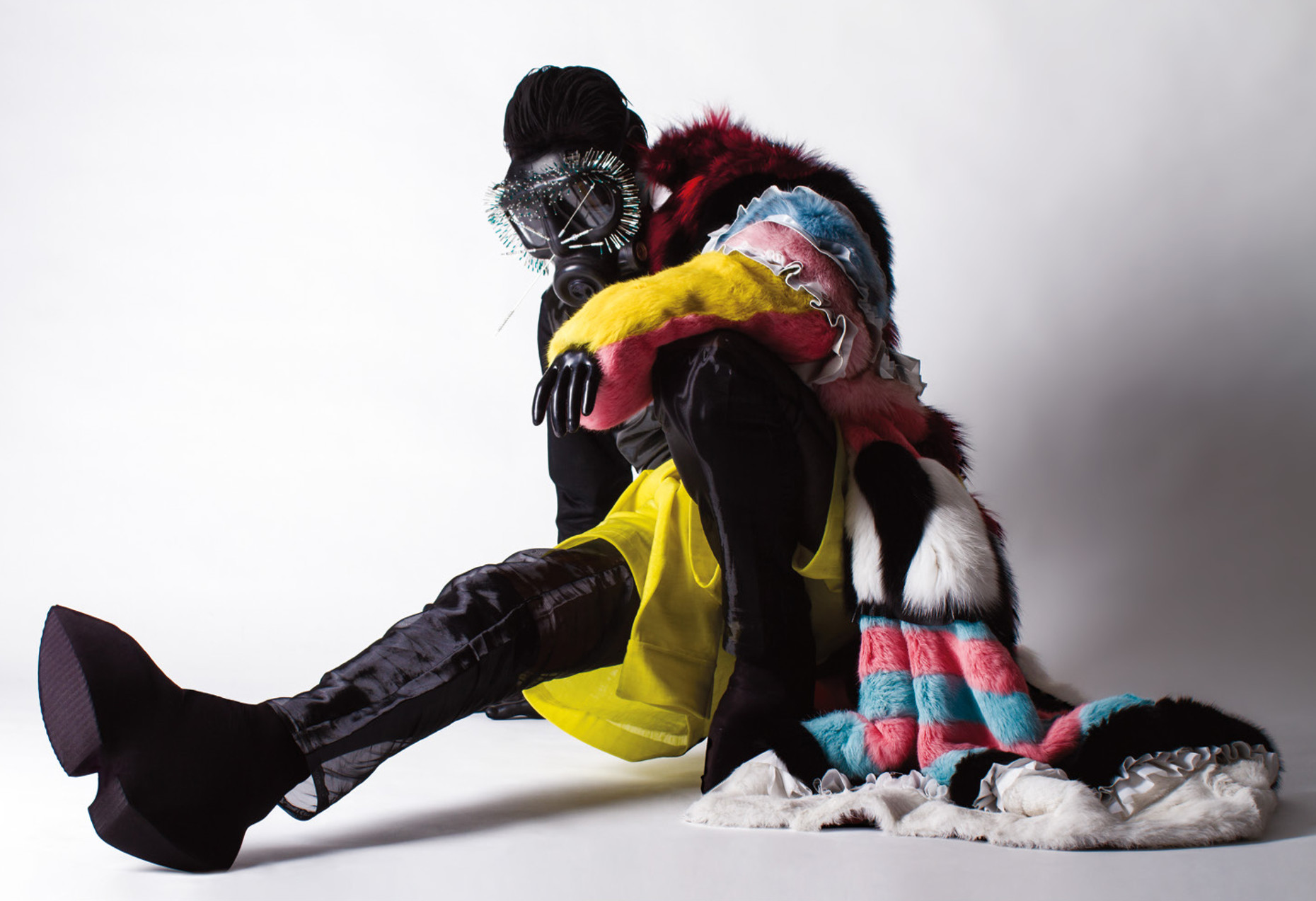 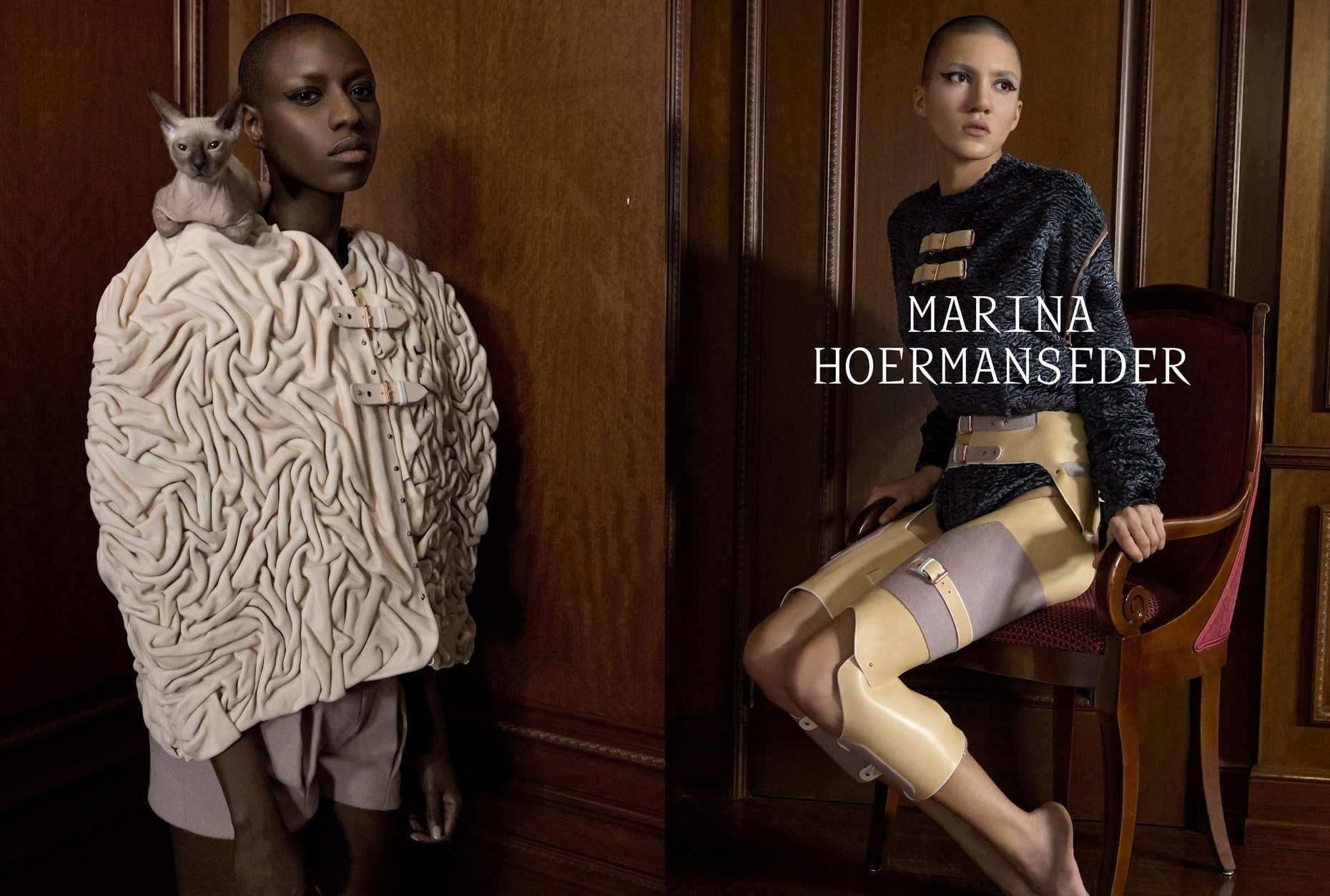 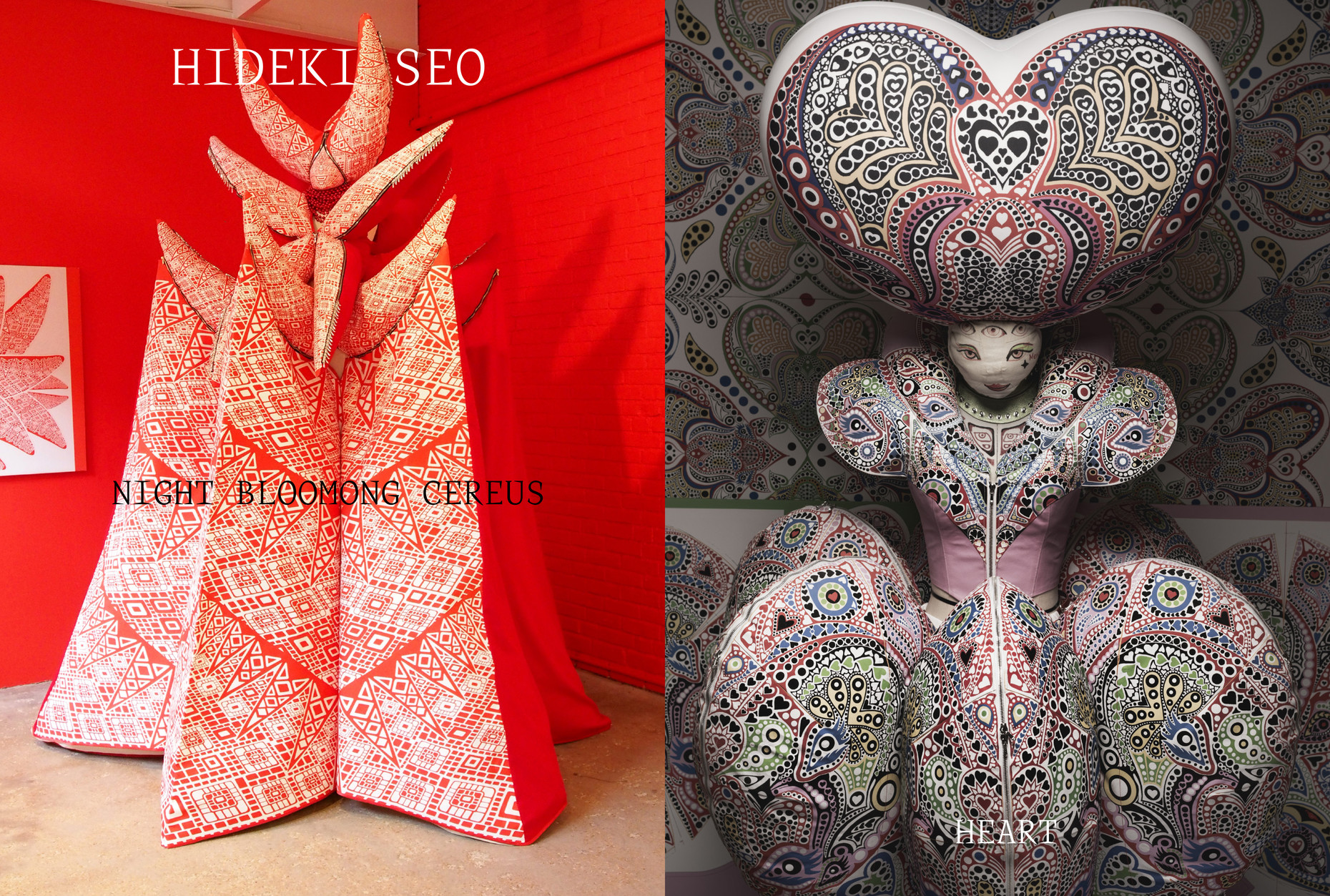