top
Design comes before and after design 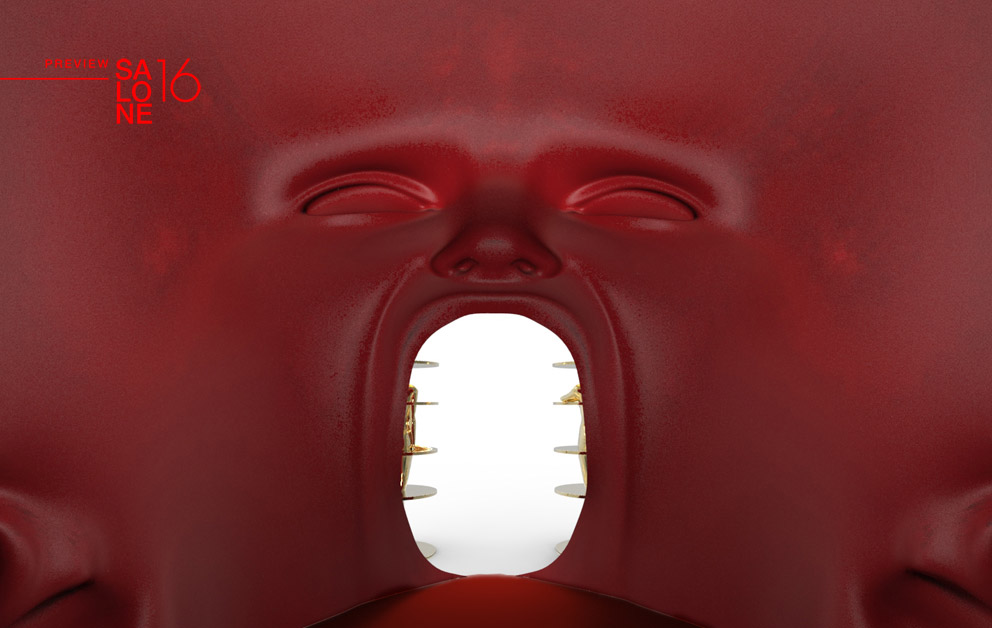 The biggest challenge is, to install the own head: Fabio Novembre’s design for „Stanze“. Photo © Triennale

Voltaire possessed a little notebook he called his “sottisier”, his collection of howlers. He entrusted the one or other strange thought to it, among others that God gave us life but that it is up to us to give ourselves a good life. Which swiftly prompted Alberto Savinio to offer a very special declaration of love for the good taste of his home town and “la bella vita”: “God gave the Milanese life and the Milanese themselves ensure that they gift themselves a good life.”

The Salone del Mobile is committed to improving the good life, at least as far as residential living is concerned. It turns 55 this year and from April 12-17, as in the past, will firmly focus on international reach and innovations when in and around the trade-fair halls in Rho providing one immense ultimate platform for manufacturers, designers, architects and interior architects and trade visitors alike, not to mention the interested public from all over the world.

This time, the program includes (in Halls 9-11 and 13-15) the international kitchen fair “EuroCucina” and the accompanying event FTK (as in “Technology For the Kitchen”) and (in Halls 22-24) the bathroom trade fair “Salone Internazionale del Bagno”. As in previous years, a firm and indispensable element in 2016 is the SaloneSatellite (likewise in Halls 13 and 15) along with the “SaloneSatellite Award” for designers aged 35 or less.

Since everything seems to be in place and the EuroCucina alternates every two years with the lighting fair EuroLuce as reliably as do day and night, in principle everything is as it ever was. But that is not quite the case. For example there’s the “Before design: Classic” project. Along with a short film by director Matteo Garrone, which will run in one of the trade-fair halls, the project will supplement the glittering array of furniture by referencing classic taste “Made in Italy” – with the intention being to present it and its topical nature not just visually but in a manner to appeal to all the senses.

The past turns into the future

The exhibition in the same premises that is meant also to spark thought on “the classical soul of contemporary living” is destined to point from a beautifully painted past to a no less beautiful future. And anyone waiting with bated breath to see what visual and sensory glories this or that soul has to offer can rest assured: Mustering Italian design “classics” that are in whatever way past for the purposes of now shedding (further) light on the future currently very much fits the bill, as many of the trade-fair booths boast the one or other re-animated “classic” or have remodeled the same to meet future trends. One hardly needs to be a prophet to predict that in Milan any number of revivals and evergreens will have to come good in order to offset the one or other weakness in the present and thus cover over the odd crack. Perhaps the sector will succeed in making even better use of the long ongoing Mid-Century and Vintage trends, simply by adding a little more retro and a splash of new colors?

Now, one characteristic of the present is that it notoriously tends to be myopic not to say blind as regards what is actually going on in it. Design is all too often scorned by the culture and capitalism critics of all shades – for being the dubious make-up daubed on products that are as superfluous as they are overly expensive. While design always seems to be so very clearly profiled at product shows, the actual process that leads to chairs, tables or sofas being created largely goes unnoticed. If only for that reason, as direct a linkage as possible between business and culture seems advisable, which is not exactly surprising in Milan, as such as intimate association has long since been the Salone’s philosophy. Especially as the venue to demonstrate this could be a very special one this year. 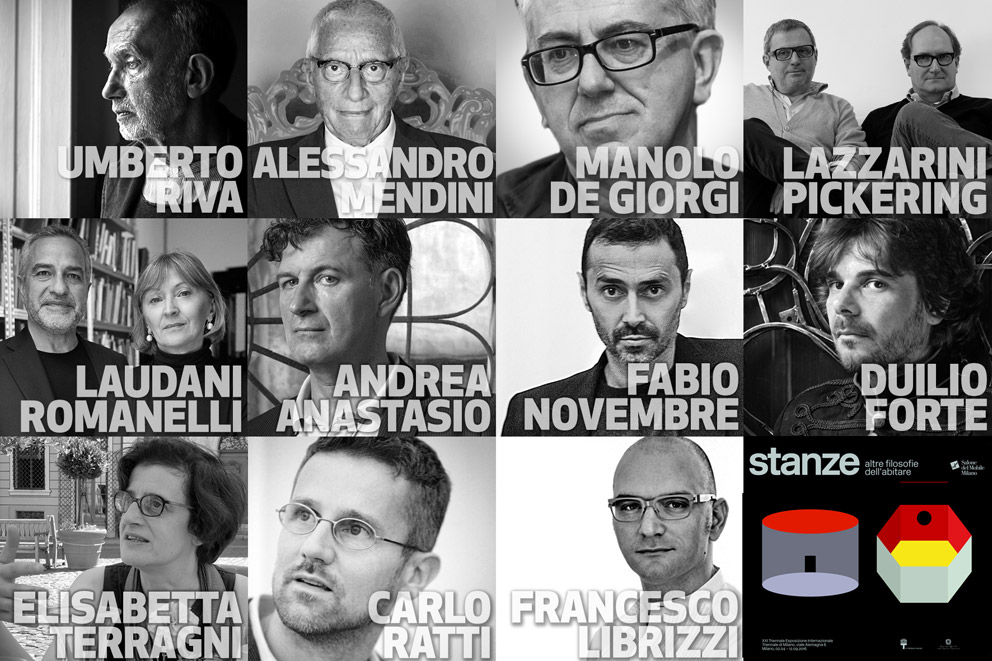 To think on Living as landscape: Contributors of one oft he exhibition at the Triennale. Photo © Triennale

There was a break of 20 years, and now suddenly the Triennale di Milano has resurfaced and is seeing a new lease of life (as of April 2 and running until September 12) with the serial number 21. The motto is definitely not modest: “21st Century, Design after Design”. Especially as the exhibitions taking place as part of the Triennale will no longer be confined to the Palazzo dell’Arte in the castle grounds, but will include other venues around town, including the Hangar Bicocca, the new Museum of Cultures, the Polytechnic and the Museum of Science and Technology Leonardo da Vinci. Even the Villa Reale in Monza, where the Triennale was first dreamed up in 1923, before relocating to Milan ten years later, is among the places to be.

Even in its early days, the Triennale addressed compelling social issues and had a strongly interdisciplinary character. And thus, today, creativity and technology, tradition and innovation, industry and market, production and consumption cannot be seen in isolation and the aesthetic side to a product has to be considered a decisive factor. 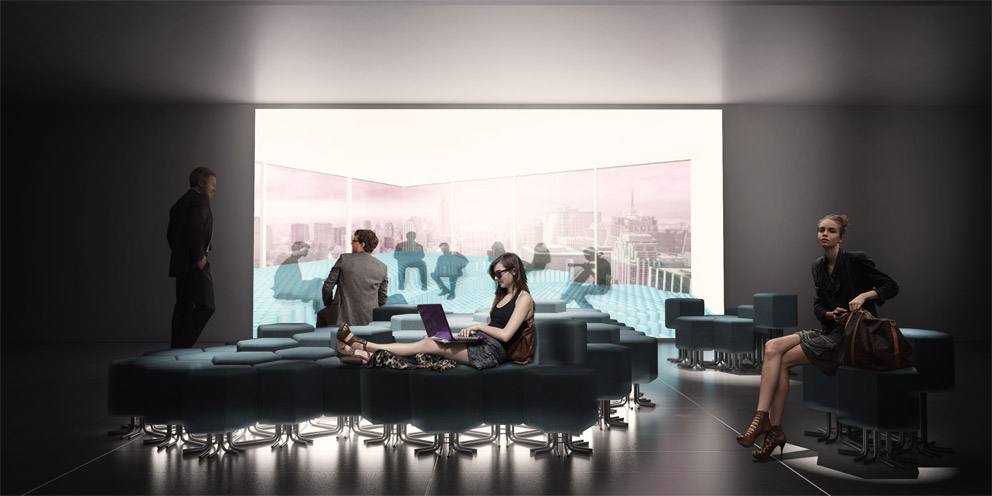 Window or scree, who knows it: Carlo Ratti’s proposal for „Stanze“. Photo © Triennale

For a trade fair such as the Salone the question as to “design after design” kind of answers itself, as after the design (or designs or trends) this year that of next year will of necessity come – along with the new furniture. Which is why trade-fairs invariably plug innovations and also have to believe that such really exist. This is probably why the Salone has initiated as part of the Triennale the exhibition curated by Beppe Finessi and entitled “Stanze. Nuovi paesaggi domestici” – Rooms. Movel living concepts”. The idea at this show and through this show is to emphasize the special tasks of interior architecture and direct attention once again toward our everyday lives and future dwellings. Precisely because interior design is so closely bound up with everyday practices and (quite incidentally) with the interior furnishings market.
We can look forward to see whether the show which casts a sideways glance at the legendary, truly epoch-making show “Italy. The New Domestic Landscape” 1972 at the Museum of Modern Art in New York, manages after the introduction to use the 11 projects and 11 rooms to present as experimental as original balance of things and shed light on the state of things. Smart minds such as Alessandro Mendini, Carlo Ratti and others are along for the ride, and it all sounds very promising, although it remains a bit vague as to what we can expect to see by way of “philosophical reference horizons” and “topics developed by contemporary authors”.

The Triennale itself seeks with the “21st Century. Design after Design” exhibition to offer new points of orientation and even develop the foundations for a future culture. The idea is to show us how current contradictions, inconsistencies and cul-de-sacs can be tackled. It remains a secret as yet as to what form all this will take. At any rate, Kenya Hara states that creating new things is not the only form of creativity, while Bruce Mau asks what we should want to do now that we can do everything. And while John Maeda declares that the computer is not an instrument but a material, John Thackara talks of the development from “Designing for” to “Designing with”. What is clear: the project throws down the gauntlet – challenging the world of simple design and the customary understanding of design. It wants to provoke us into turning our gaze away from mere designing and focusing on the burning issues instead and not least on offering solutions to the major pending problems. And of them there is no lack. It remains to be seen what design comes after design. It need not only by the Milanese who busy themselves gifting us a good life.