It is unusual for a young designer to invent a new product type for his final-year project at college. After all, it is hard enough to come up with a new angle on existing product types. Nevertheless, this is exactly what Augay had achieved – for his Master’s in Product Design at ECAL in Switzerland he designed a “portable extractor hood”. The classic kitchen extractor hood has anyway gone through a number of changes in recent years, departing from its traditional place on the ceiling above the stove. Indeed, it has long since morphed into a discreet slit in the worktop or even in the cooktop itself, where it is thus closer to the source. Augay’s portable device makes extraction not only unusually flexible; standing among the toaster, the kettle and the espresso machine it has become one of the kitchen’s freestanding appliances. This much inventiveness deserves to be rewarded and it has now received the accolades it certainly deserves in the form of the imm cologne 2019’s young talent award, the “Pure Talent Contest – Living Kitchen Selection”.

“The idea came to me while I was looking at my own extractor hood at home,” the French designer explains. “It works well, but is very difficult to keep clean.” He wanted his design to be both easy to operate andeasy to clean. Added to which it was meant to fit into the smallest of kitchens. The first important thing was to find the right fan – one that was as compact as it was strong. Augay also needed to find an appropriate shape, since there was nothing to go by. There had to be room for both the motor and the cable. A handle needed to be accommodated as well and the housing could not be too big, either. The result is a working prototype with a large head and rounded lines. A design that could loosely be described as diminutive and one that provides the device’s inner workings with an appearance that is almost cute, almost cartoonlike. Augay is currently busy developing the prototype. “A number of companies have already expressed an interest,” reports Augay who also teaches as an assistant professor at ECAL in Lausanne. “I hope that the extractor hood will end up going into production.”

In fact, the young designer is convinced that there is a market for well-designed electrical appliances. “If people had the choice they would buy products that look good, the kind of products that they would be happy to highlight,” explains Augay. In his opinion, one of the reasons why the real world does not look as good as it could: The hundreds of regulations and standards that a designer has to take into consideration. “Everything is already so standardized in order to make certain that the appliances are as cheap as possible.” And the designer knows what he’s talking about, having looked into the subject a number of times over the course of his studies. One example: He designed a modular system for multiple plugs aimed at ending our eternal cable chaos. “Multiplug” consists of various swiveling socket elements and USB connections which can be put together to form a customized power supply unit. Augay also designed “Rond-Point”, a decorative power distribution unit in the shape of a tray with a base. This round base conceals various connections; the tray also provides plenty of space for handhelds, keys, pens and anything else lying around on the desk. “I am fascinated by electrical appliances,” he admits. “But the ugly side is that in our everyday lives we are constantly surrounded by switches, cables, plugs and sockets.” Which would suggest that he definitely discerns scope for a couple more new inventions, too. 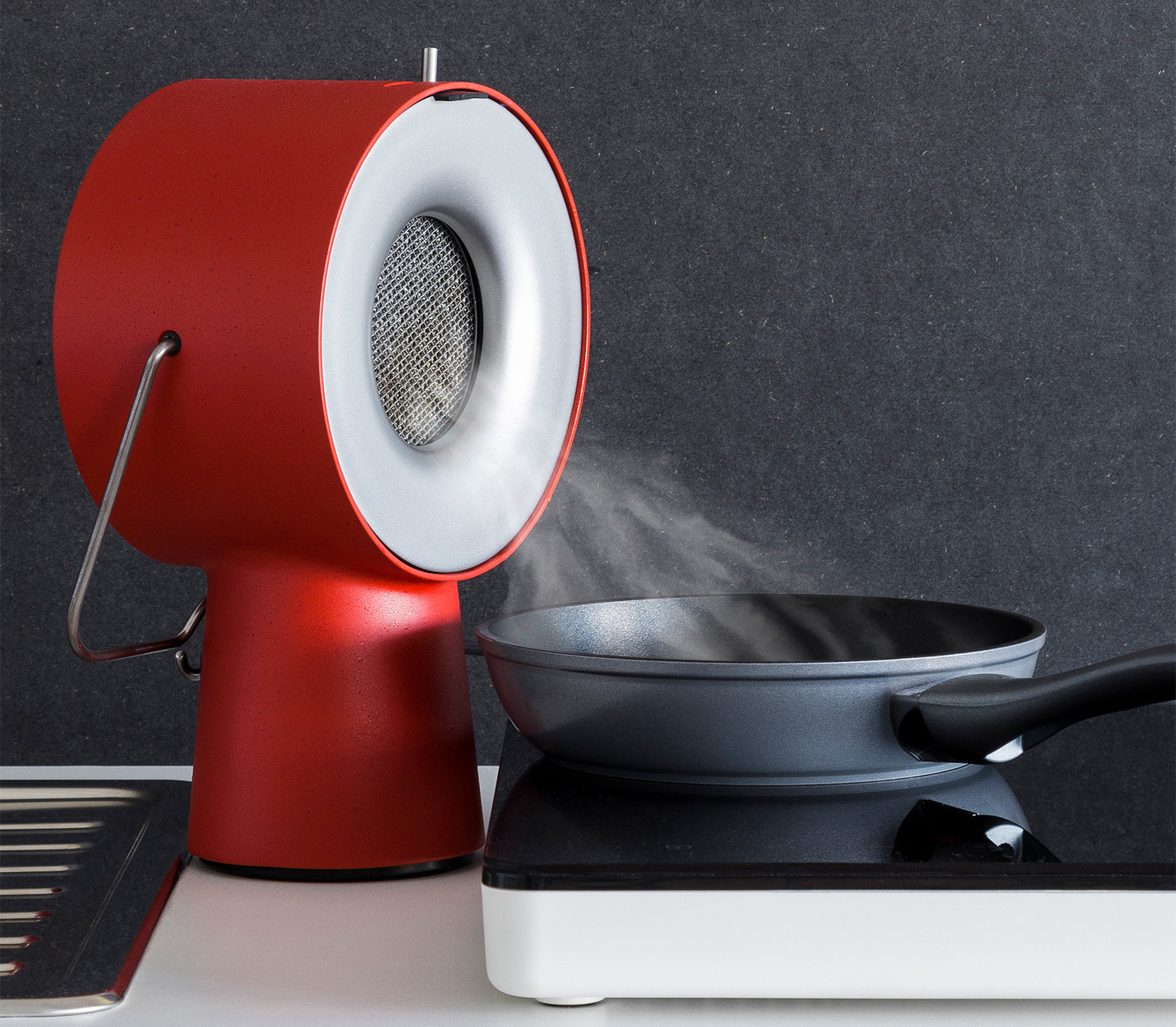 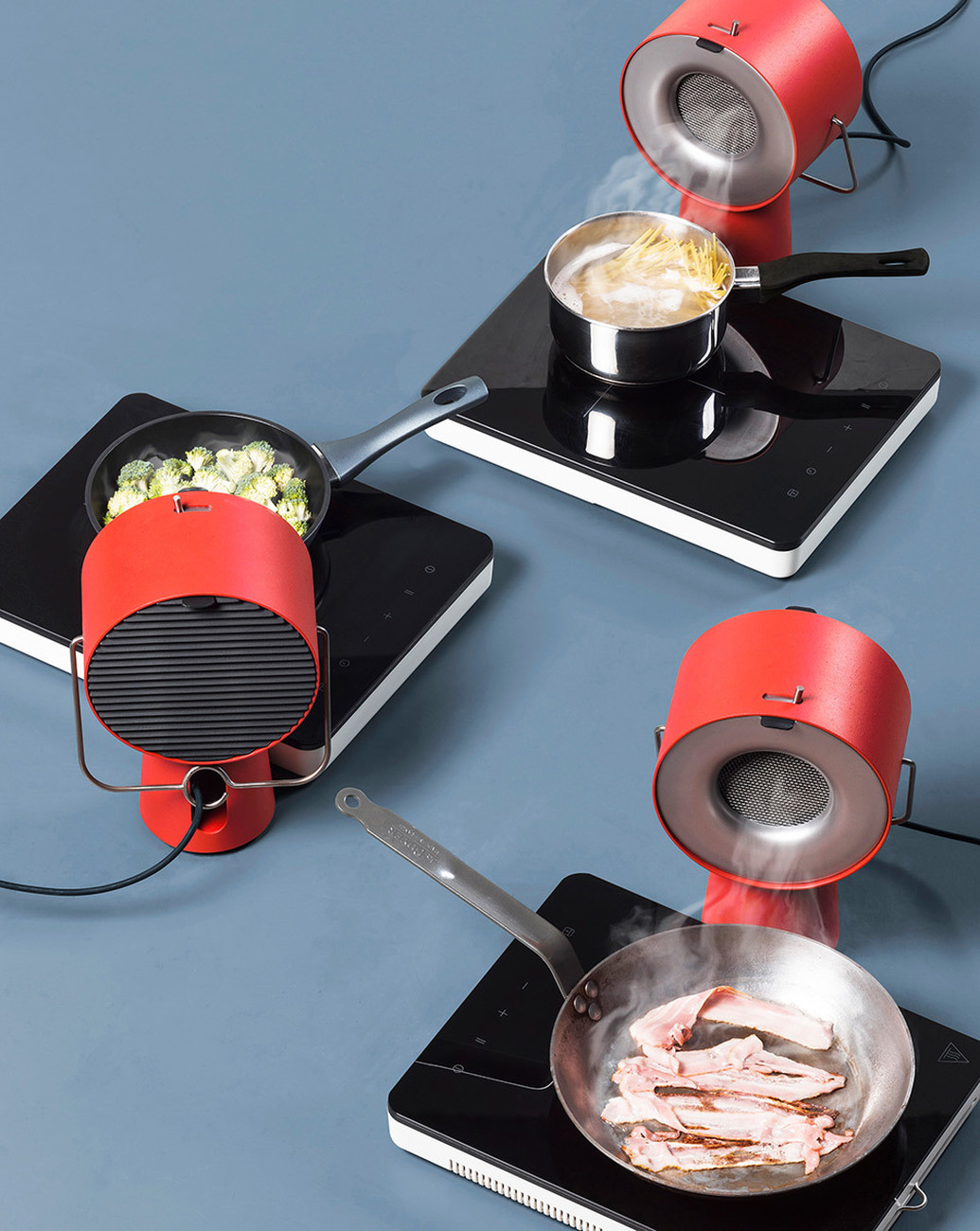 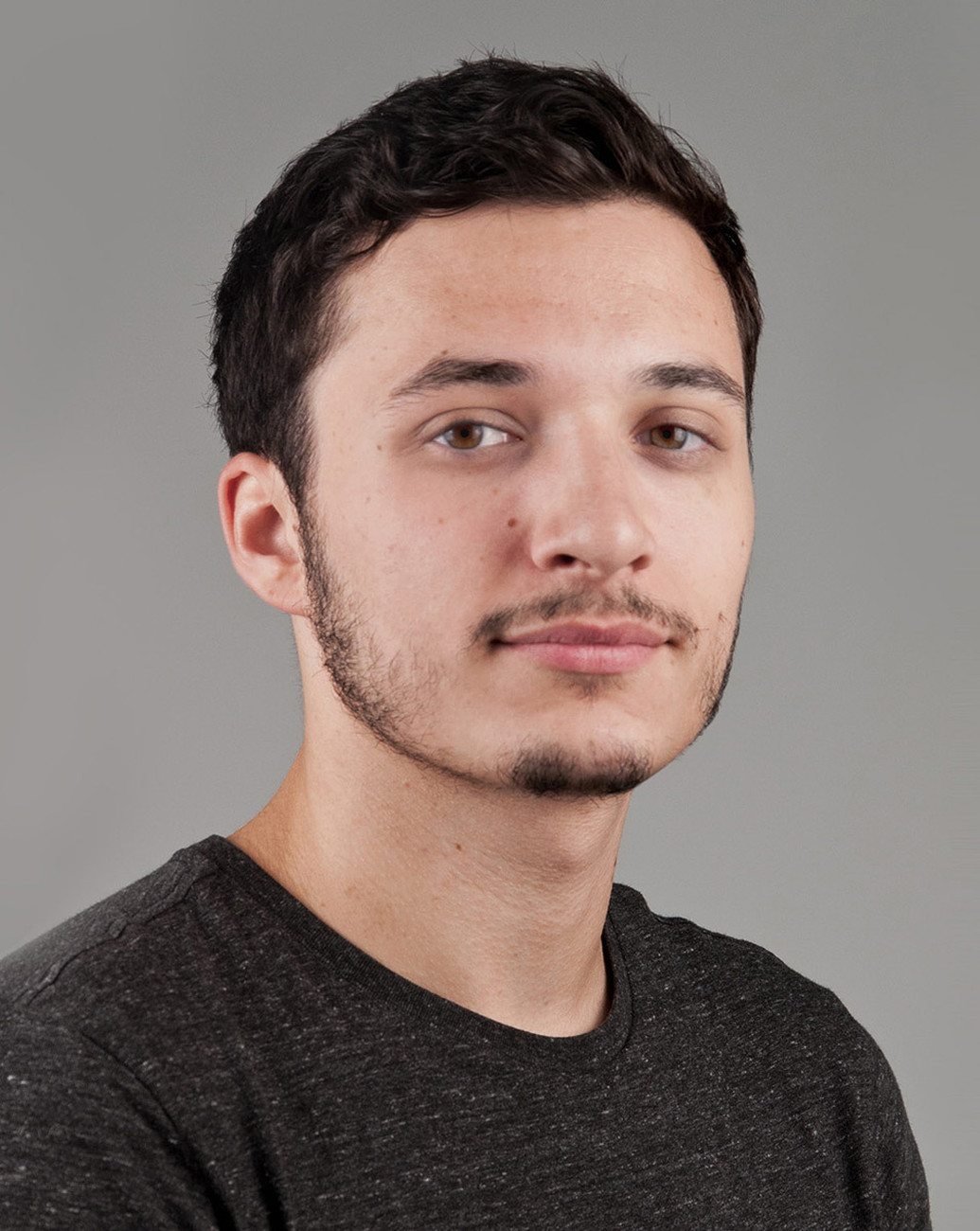 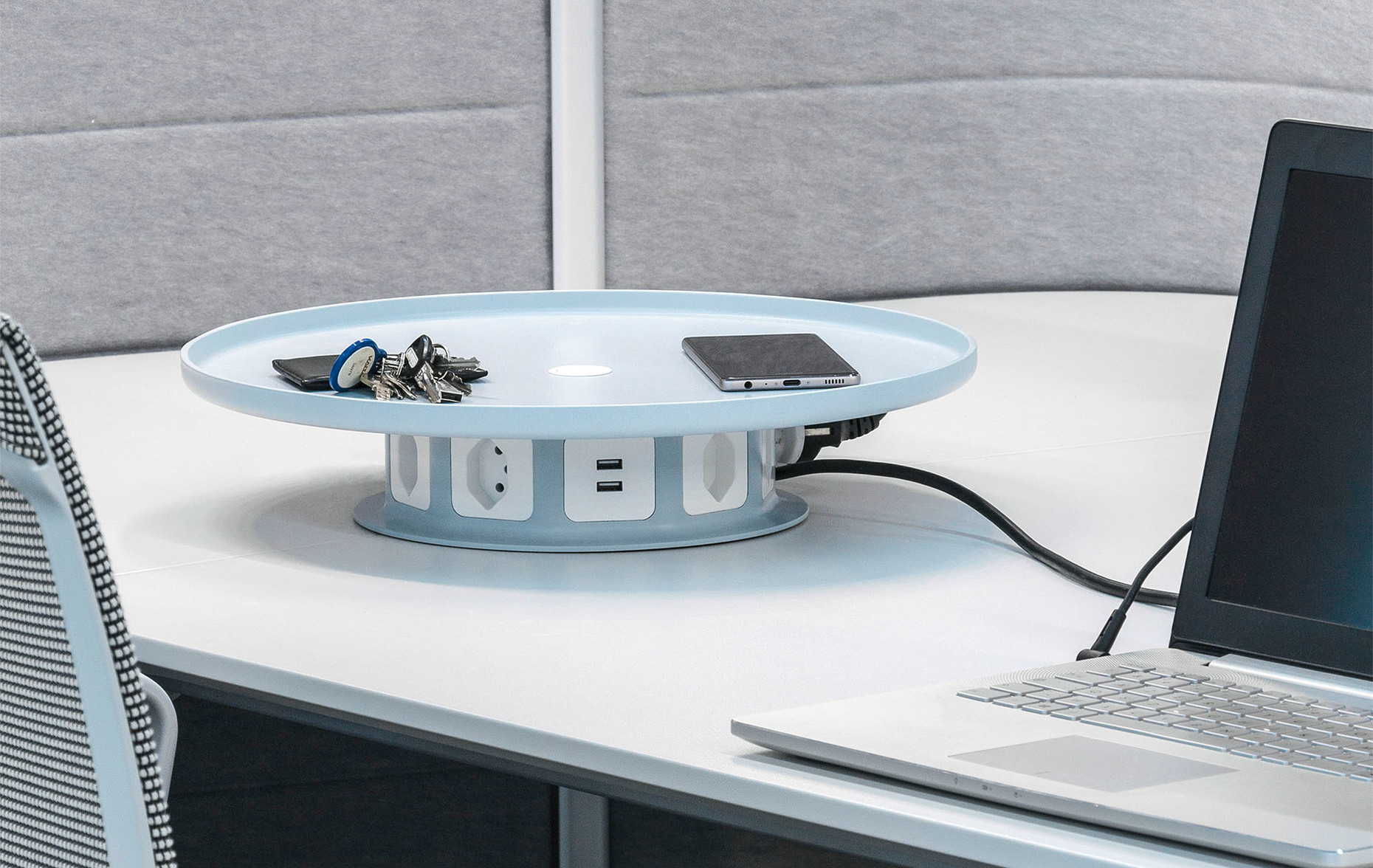 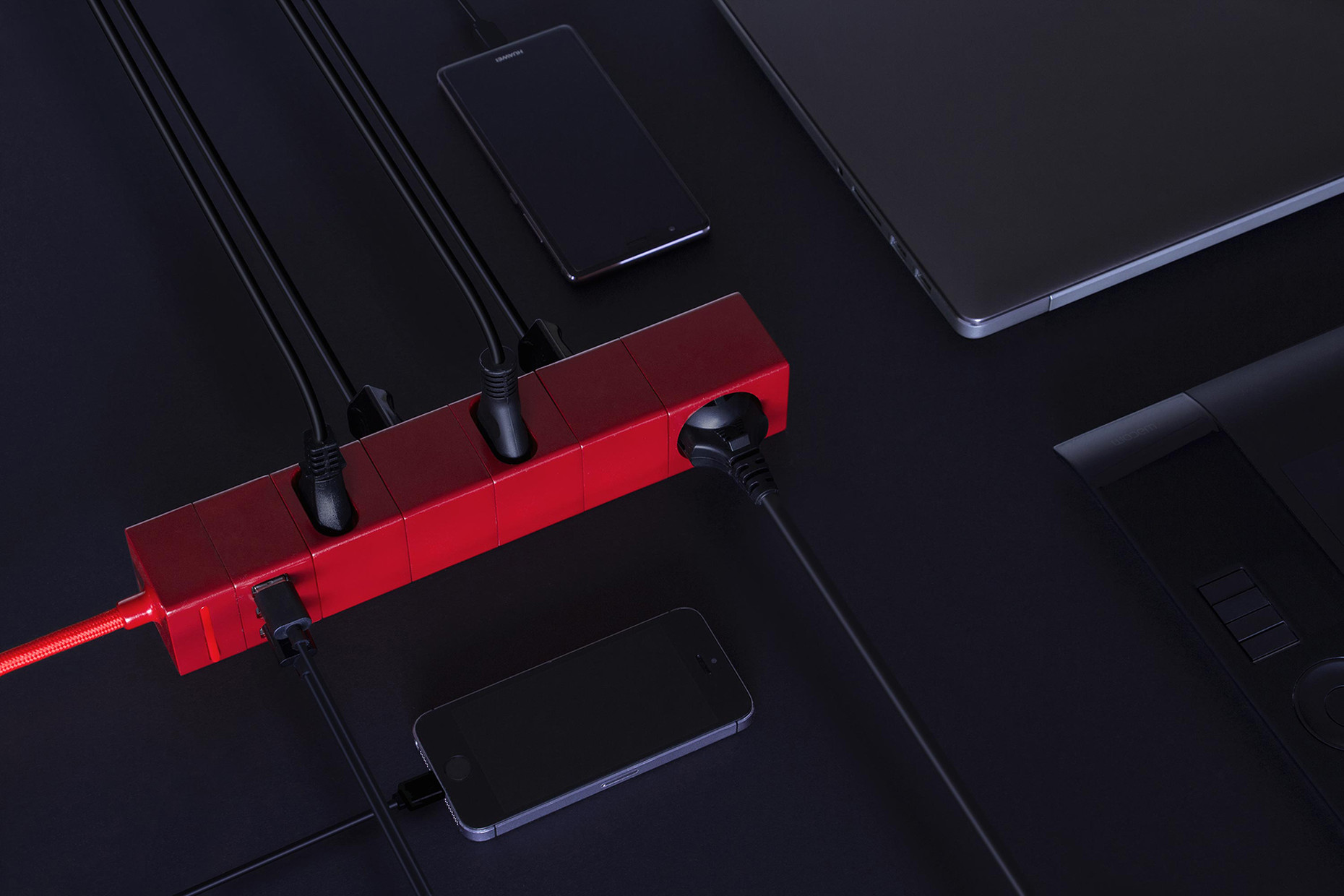