As convivial as a Japanese bar, as exquisite as a mecca for gourmets. POPL, a restaurant in Copenhagen, plays on contrasts. Scandinavia/Japan-inspired furniture by e15 underscores its laid-back elegance.
by Judith Jenner | 12/28/2020

What started life in the summer as a pop-up version of the Noma, now has its own fixed address. In Copenhagen’s picturesque district of Christianshaven, one of the cofounders of the original mecca for gourmets has opened up his POPL, a particular kind of burger restaurant and one that has nothing to do with fast food. Indeed, the cuisine here takes its inspiration from local produce such as organic beef from the Wadden Sea National Park in Denmark. And even vegans are catered to here with fermentative creations such as quinoa tempeh or mild chilis with a dash of organically produced rye whiskey. The intention is to focus not only on the customer’s enjoyment but also on the shared experience. And as it turns out, the name POPL is derived from the Latin word “populus” which means something like people or community. At the same time, the name references the Danish word for poplar wood – poppel træ – thus offering a foretaste of the interior and the respect for nature which is the guiding principle behind both the restaurant’s cuisine and its decor.

A suitable setting was provided in the spatial concept courtesy of Copenhagen-based Spacon & X. The necessary inspiration is provided by the restaurant’s relaxed gourmet cuisine and that venerable Japanese institution the izakaya, a kind of convivial bar. The interdisciplinary designers divided up the 500 m² of warehouse space available into different zones. The resulting atmosphere is an intimate one, thanks to the benches used throughout the entire establishment, which have been covered in a warm yellow hue. The architects simultaneously chose to focus on the walls, not all of which have been plastered, and on this industrial building’s characteristic concrete pillars, connected by a wooden bridge. This forms a kind of floral bridge adorned by tubs of plants, which divides up the space, as well as relativizing the height of the ceiling.

For the furnishings, Spacon & X teamed up with e15. The result was an extremely quirky collection of chairs, tables, stools and coat racks which are a testimony to simple structures and authentic workmanship. The primary material is ash wood with a brown core. The interplay of light and dark wood is particularly effective in the elegantly interlocking side and back struts. Tabletops in Richlite, a sealed composite made of recycling paper and organic resin, give the tables a notable high-grade look. Philip Mainzer, founder of e15, explains why the Spacon & X project suited e15 so well. “For me, in this project the focus was on using natural materials and craftsmanship,” he explains. “These sit well with our approach to our work at e15.” This being the case, the furniture comes into contact with other handcrafted products such as seagrass luminaires produced in collaboration Danish designer Jonas Edvard. The ensemble features a warm range of colors inspired by the four seasons. All in all, the restaurant’s ethos is apparent, so to speak, from the local ingredients on its plates and the honesty of its materials – a harmonious fusion, and not only in terms of the cuisine. 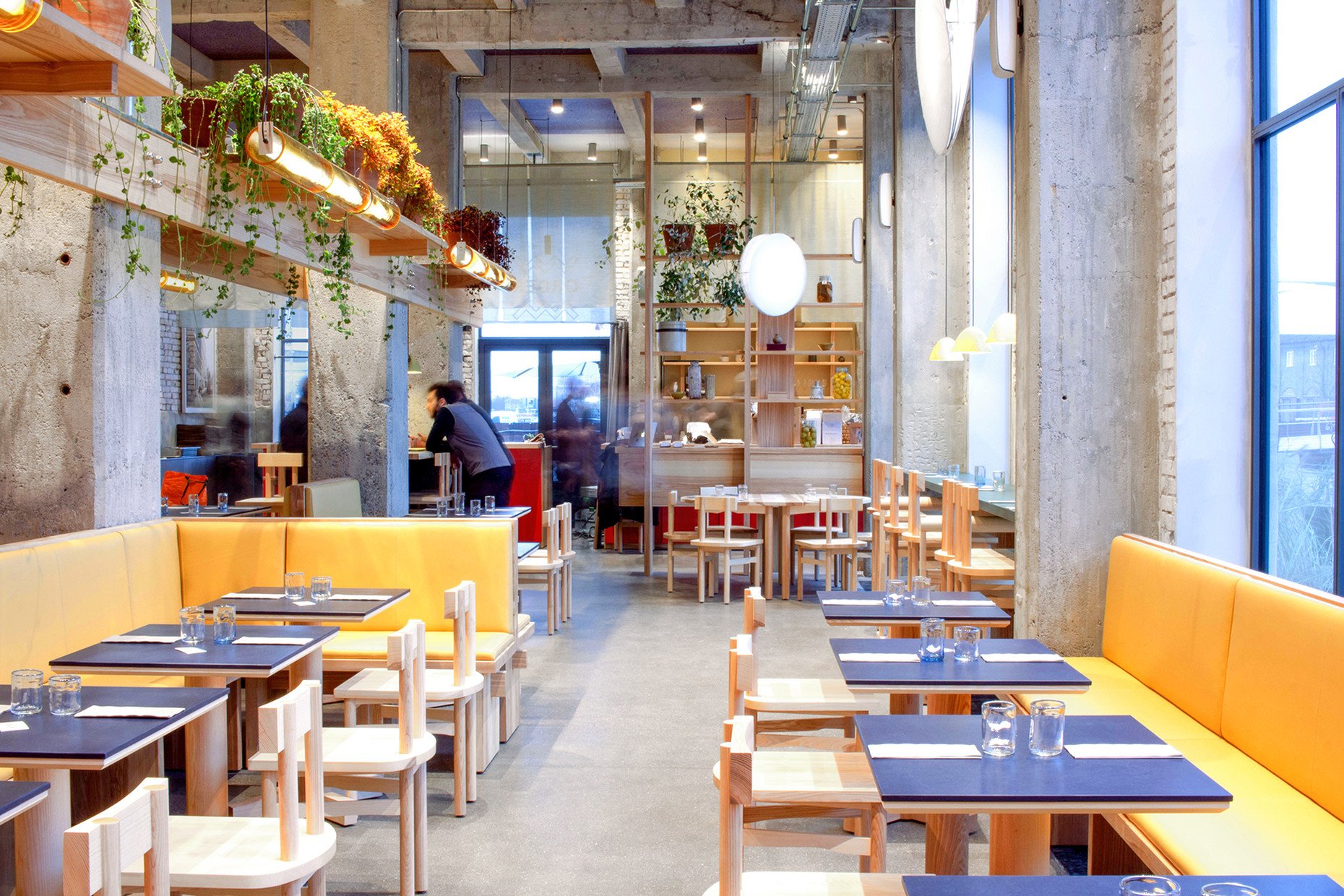 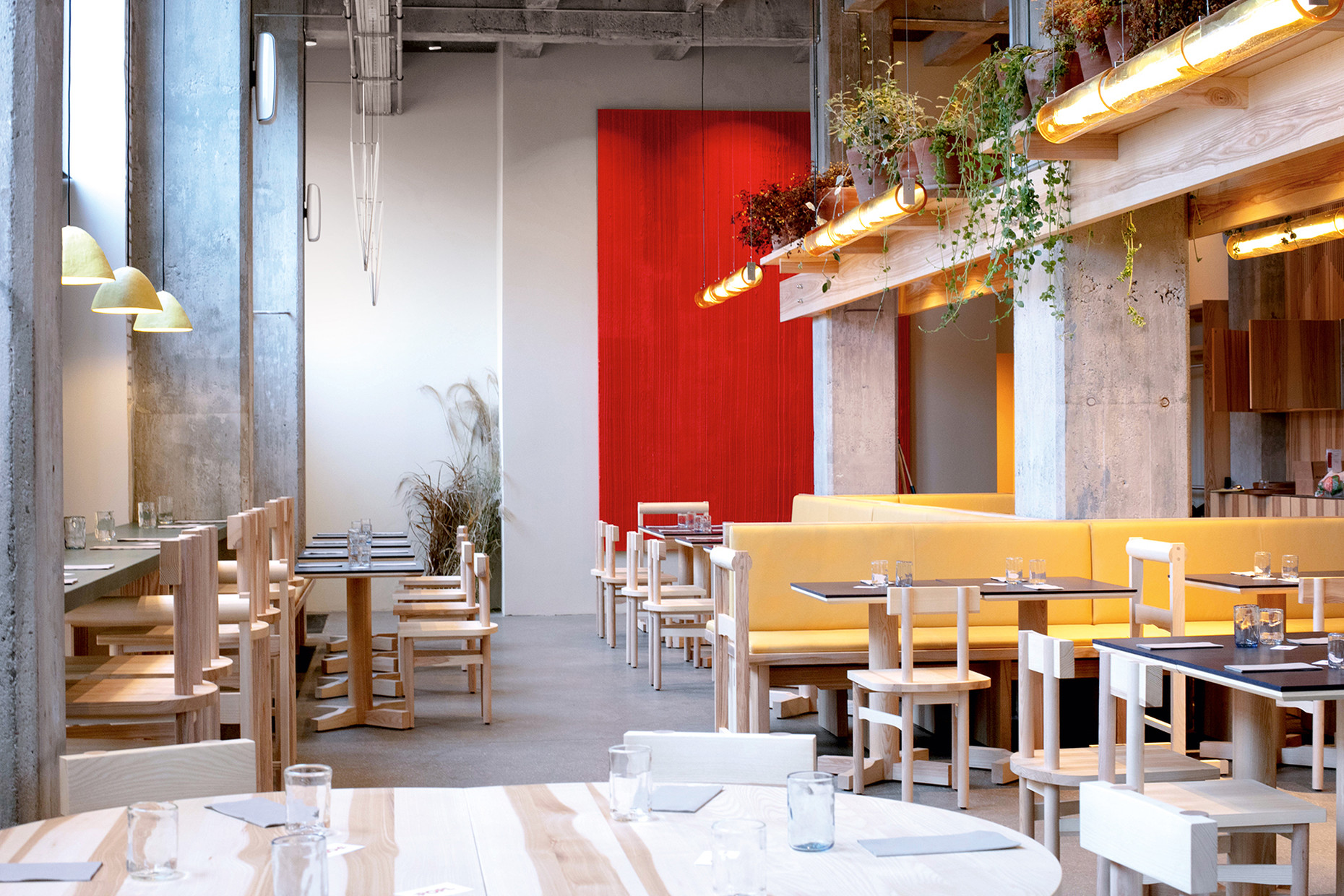 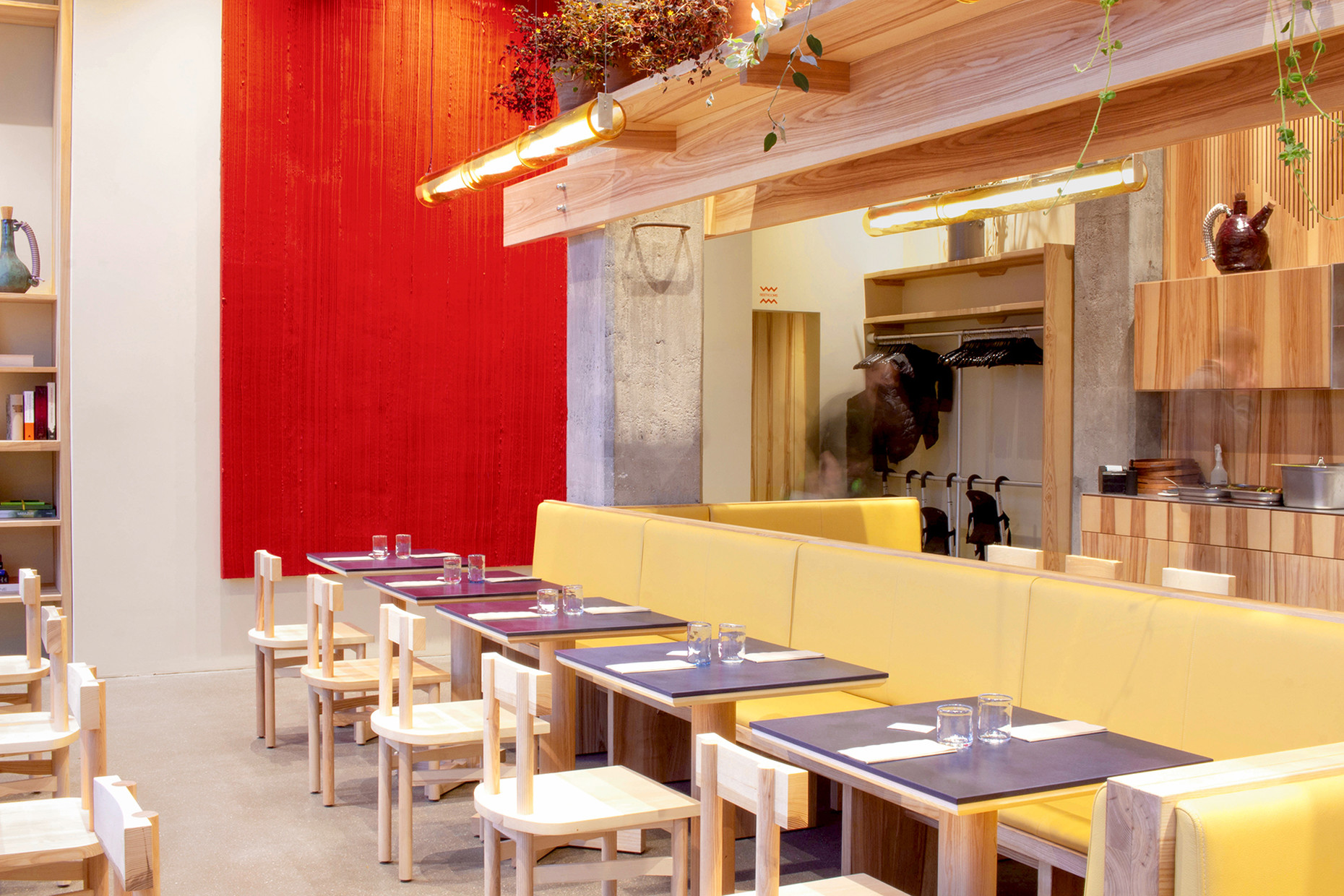 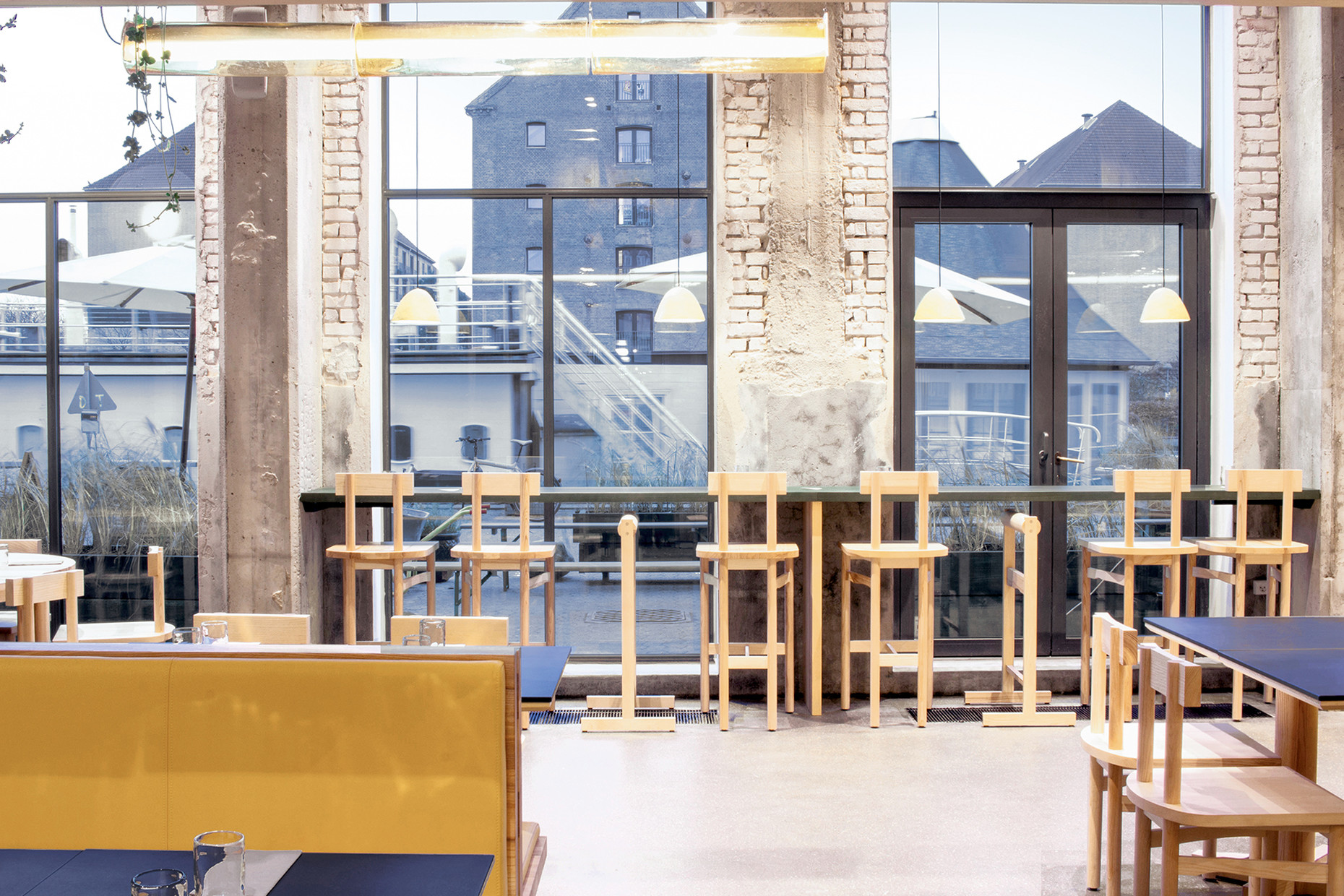 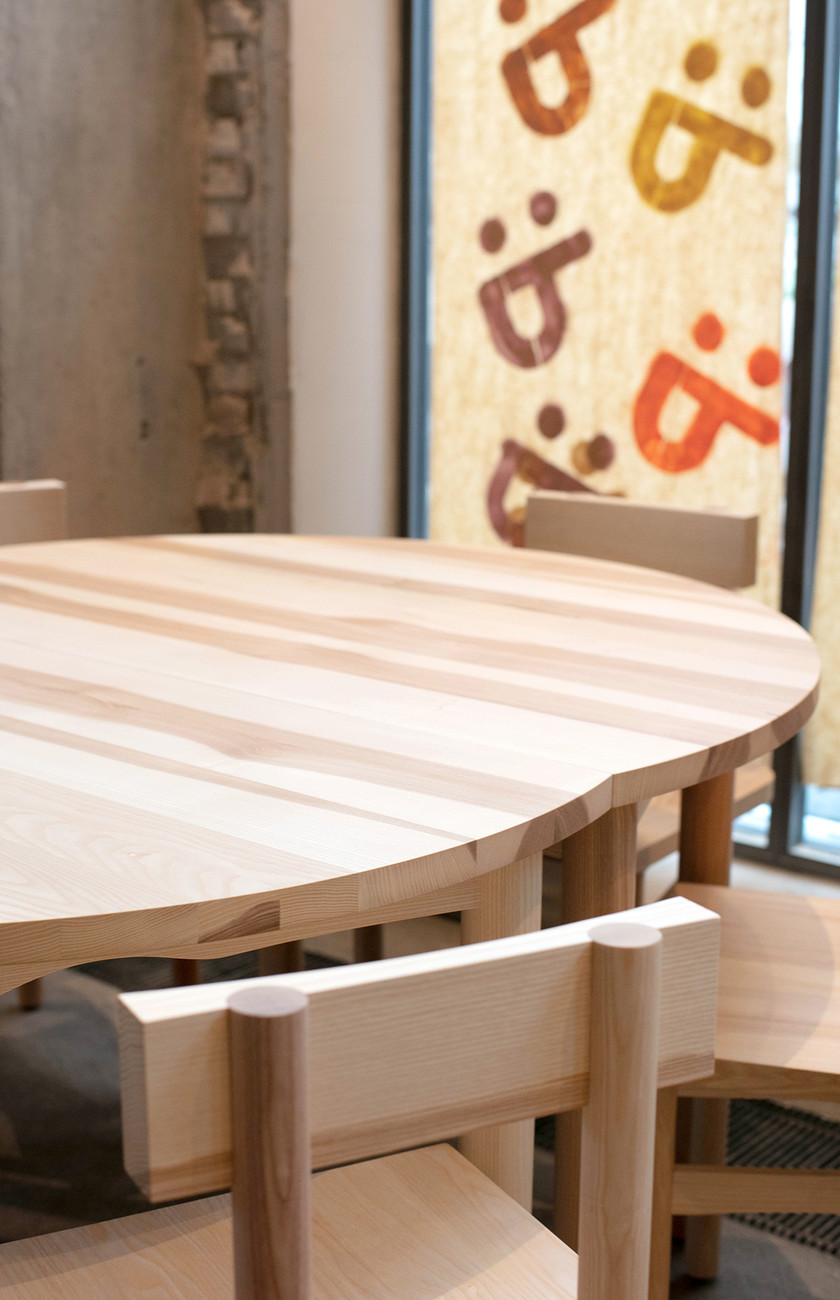 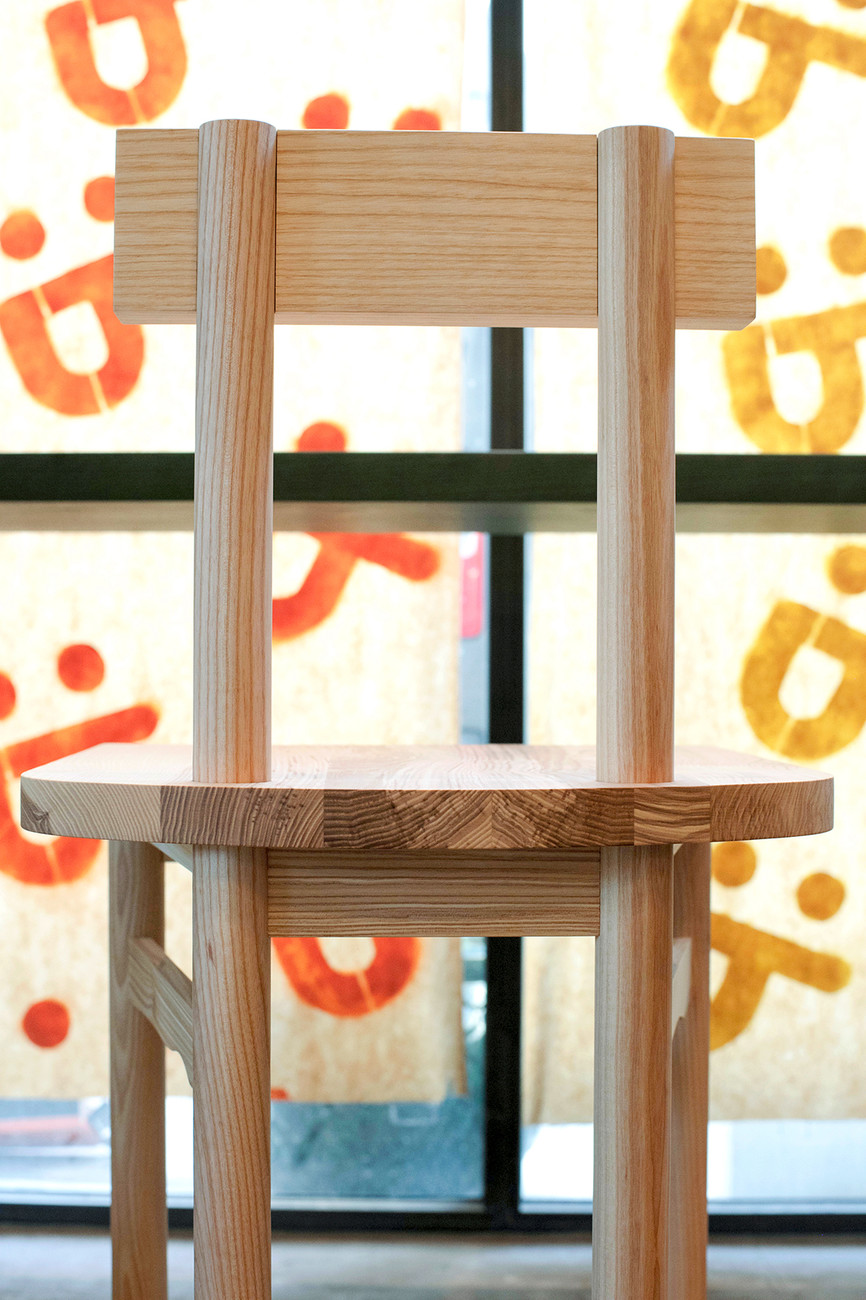 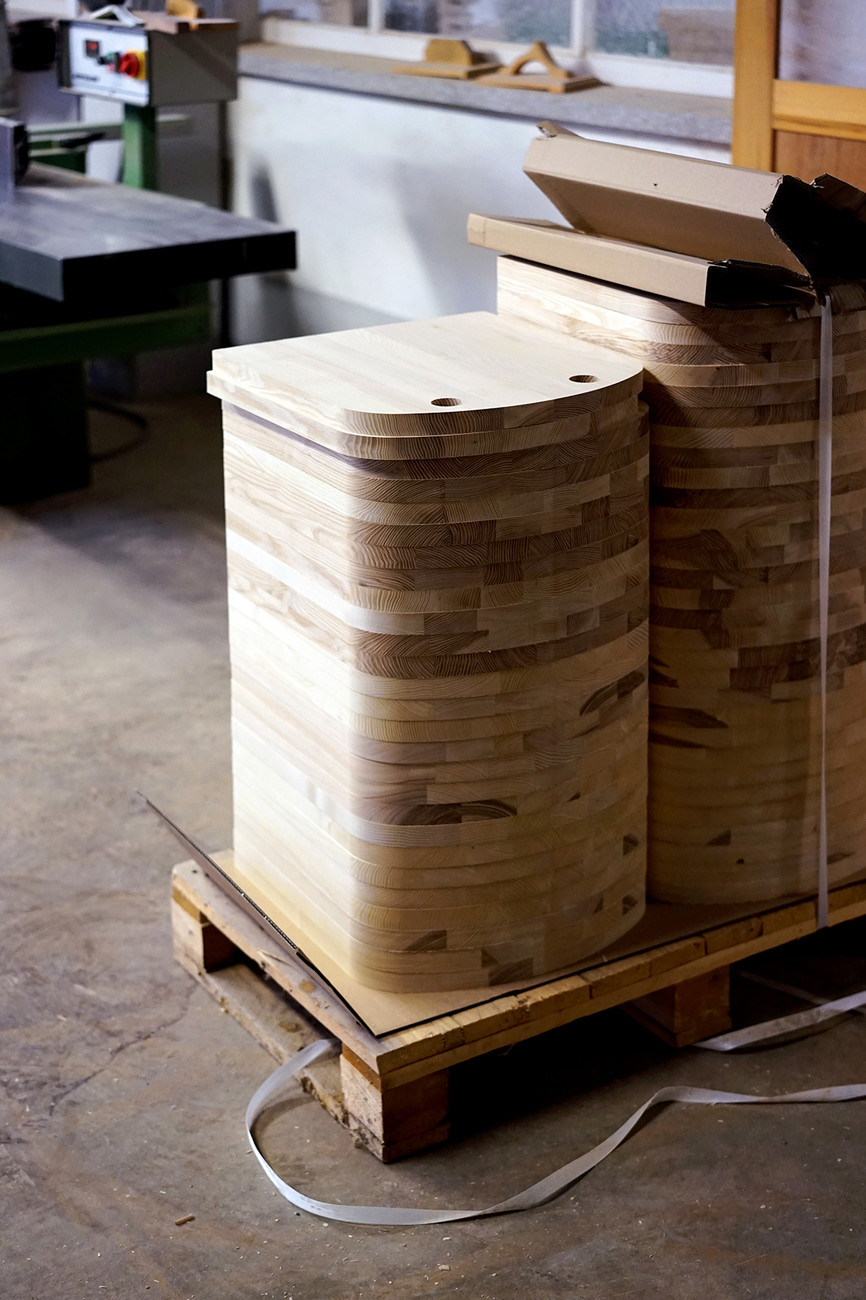 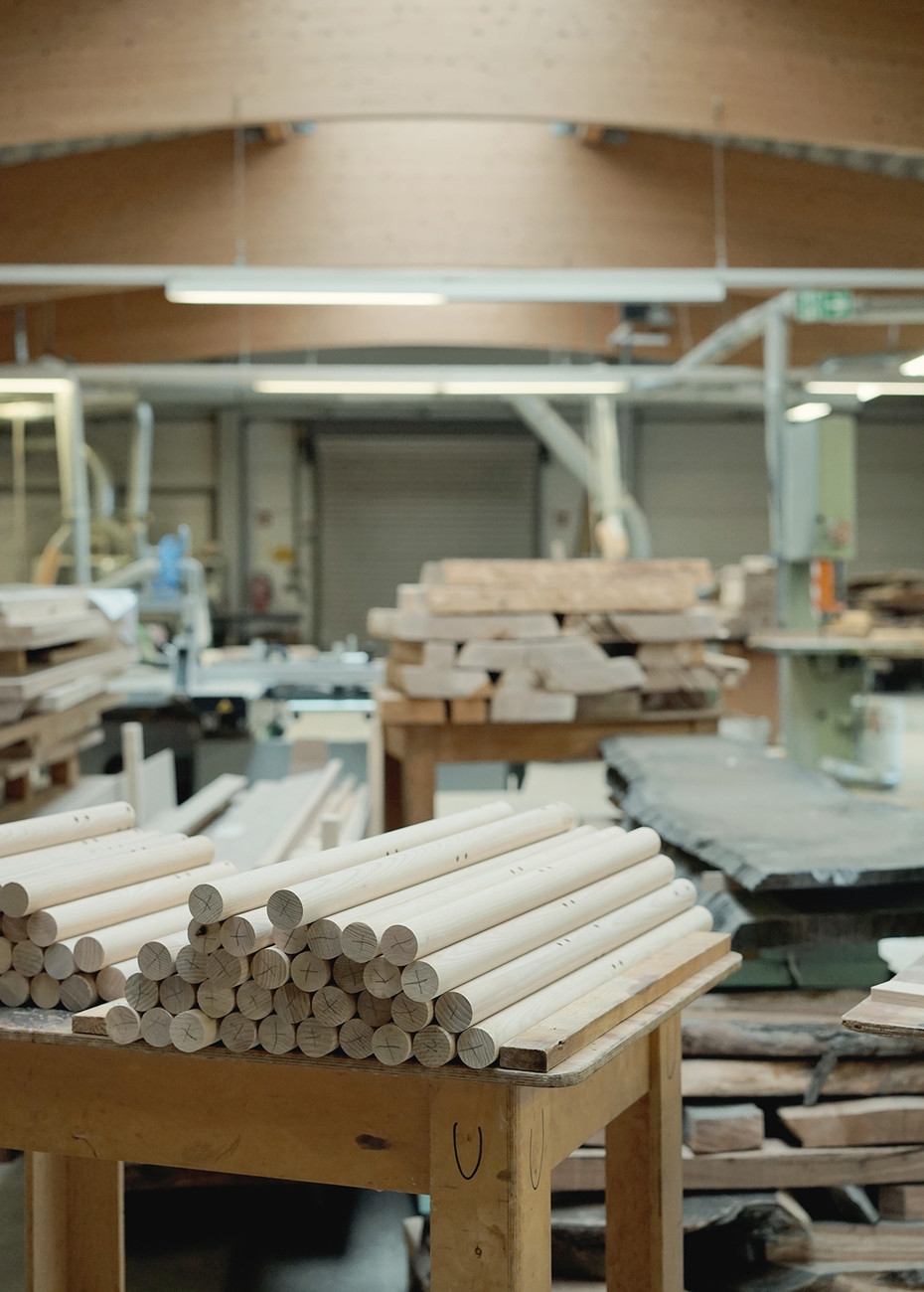 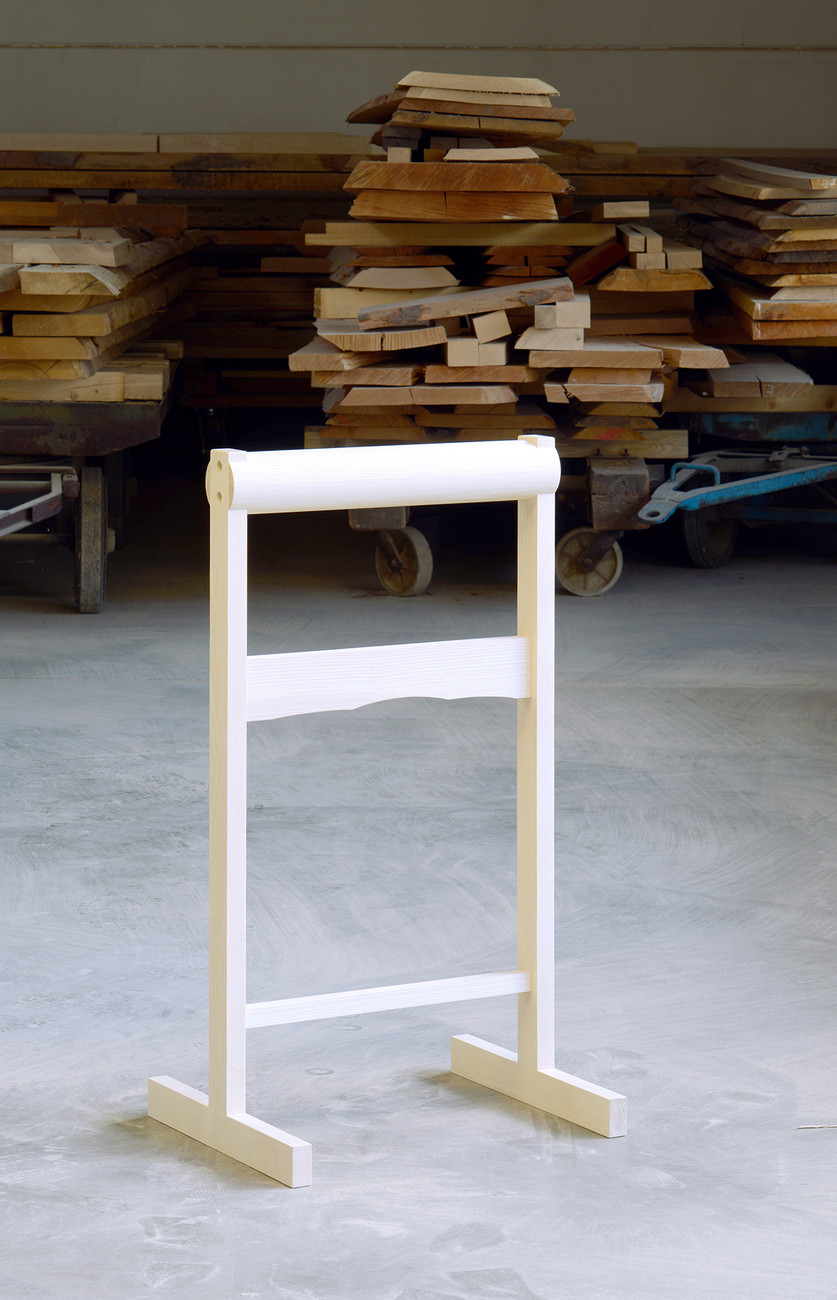 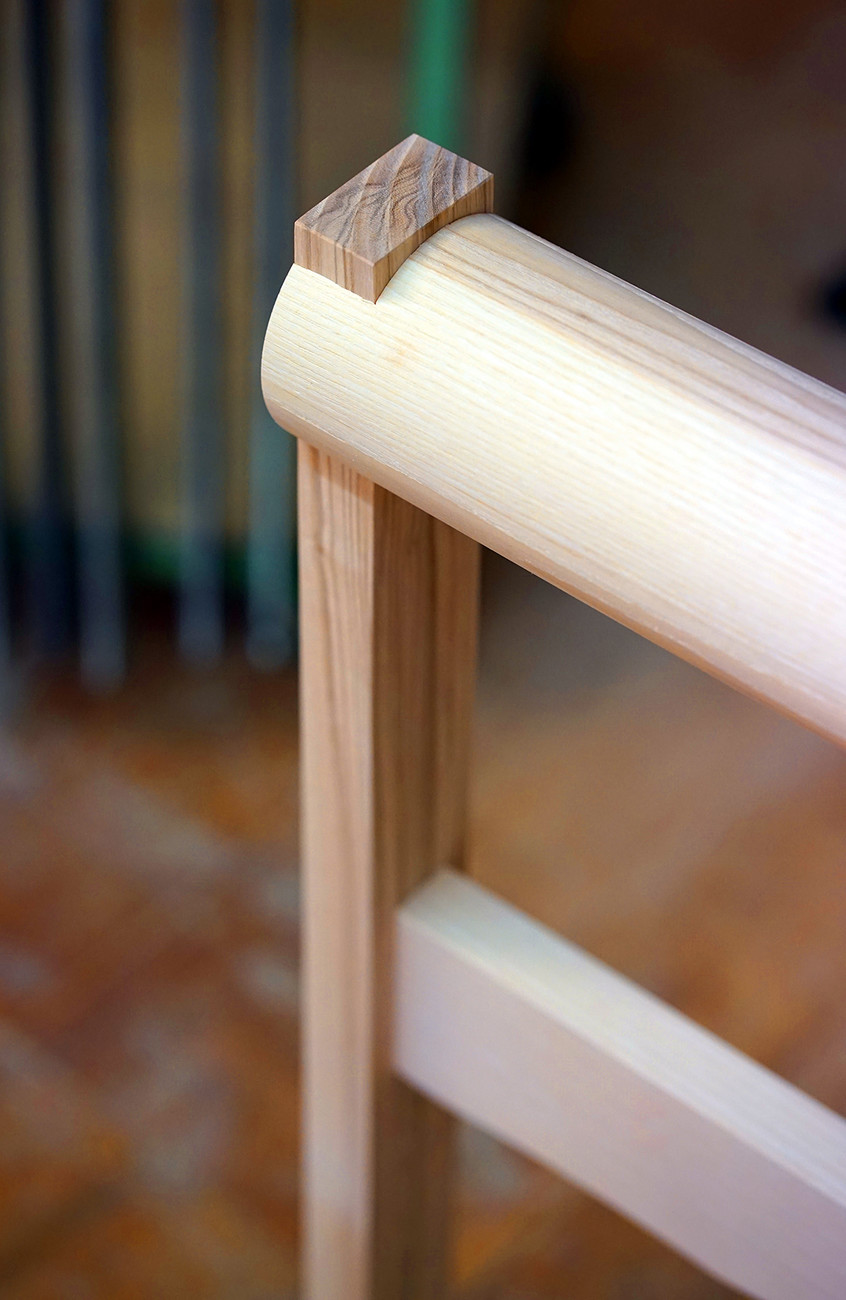 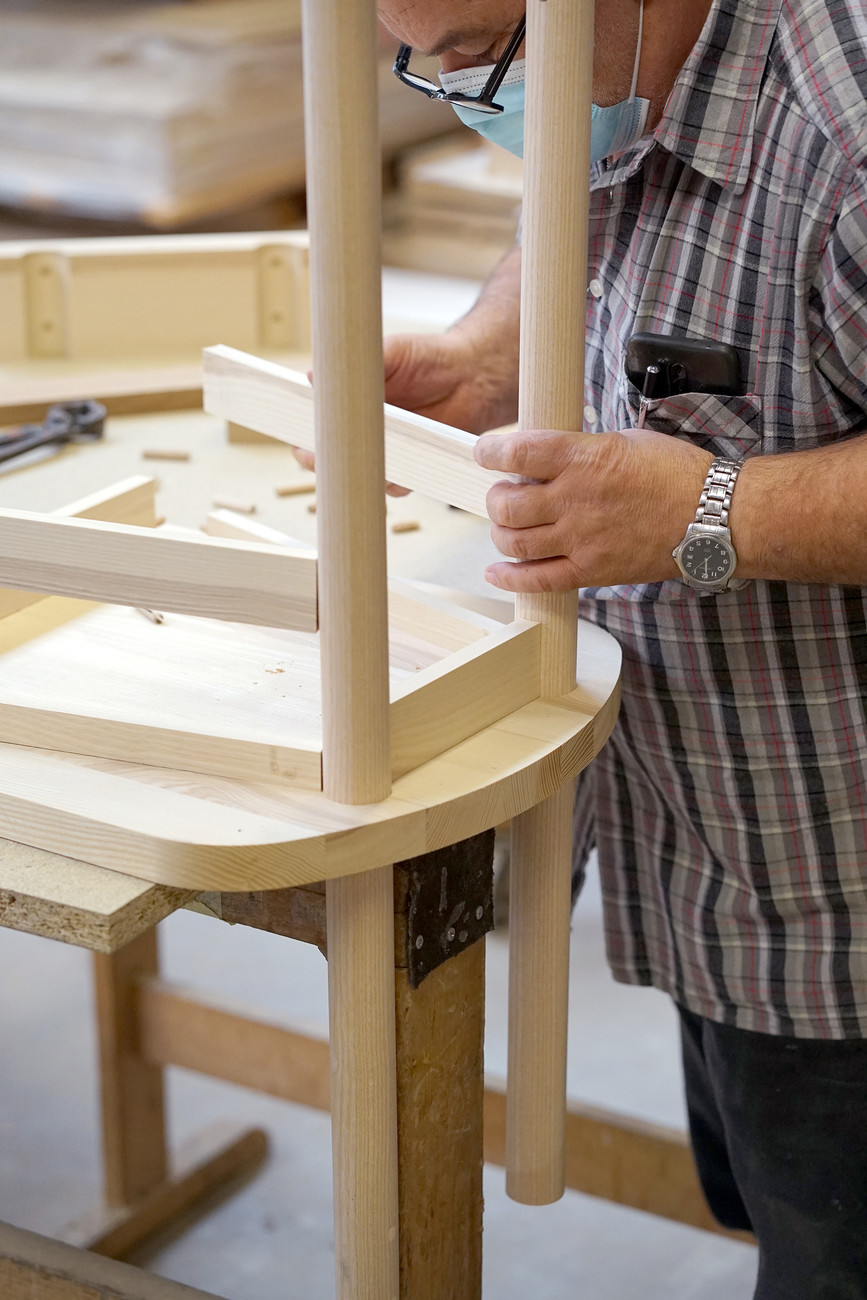 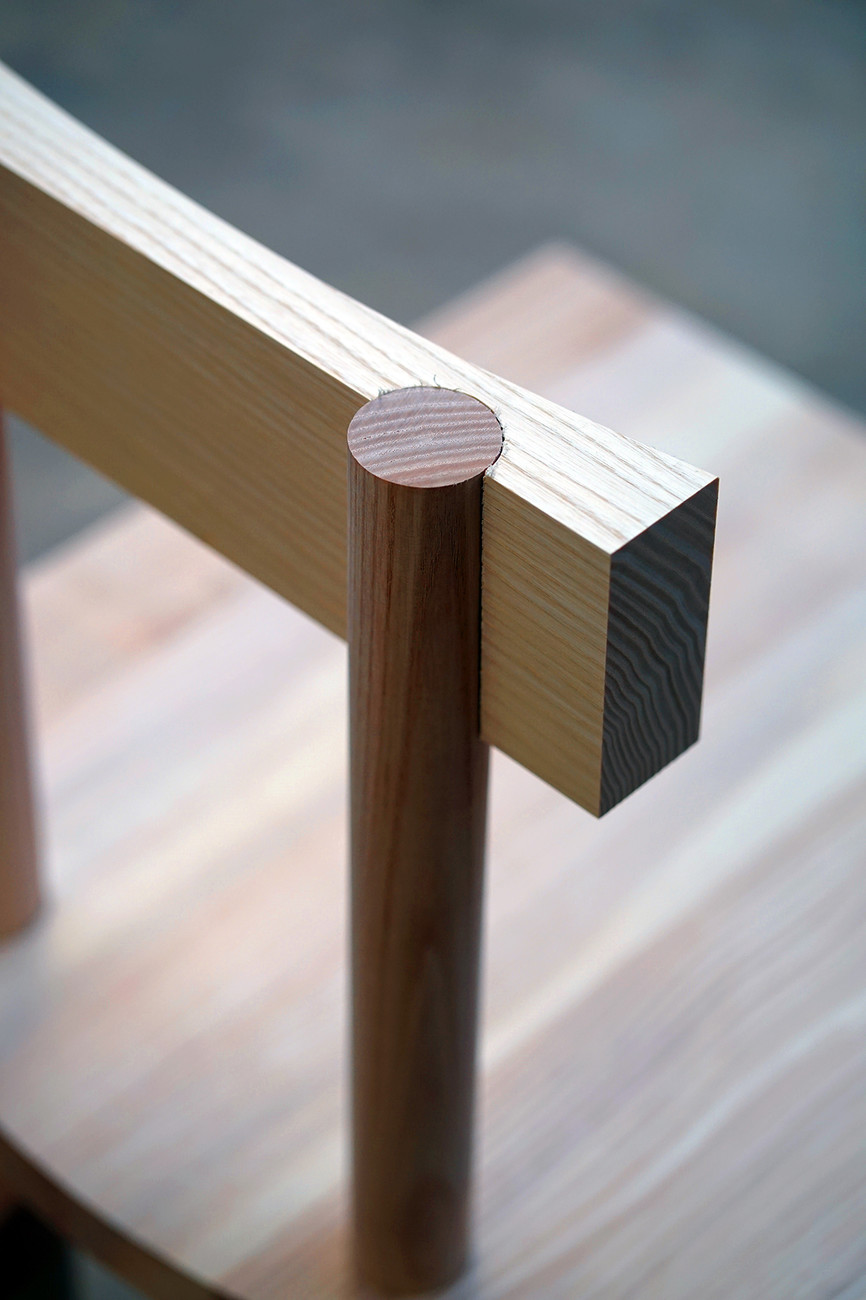 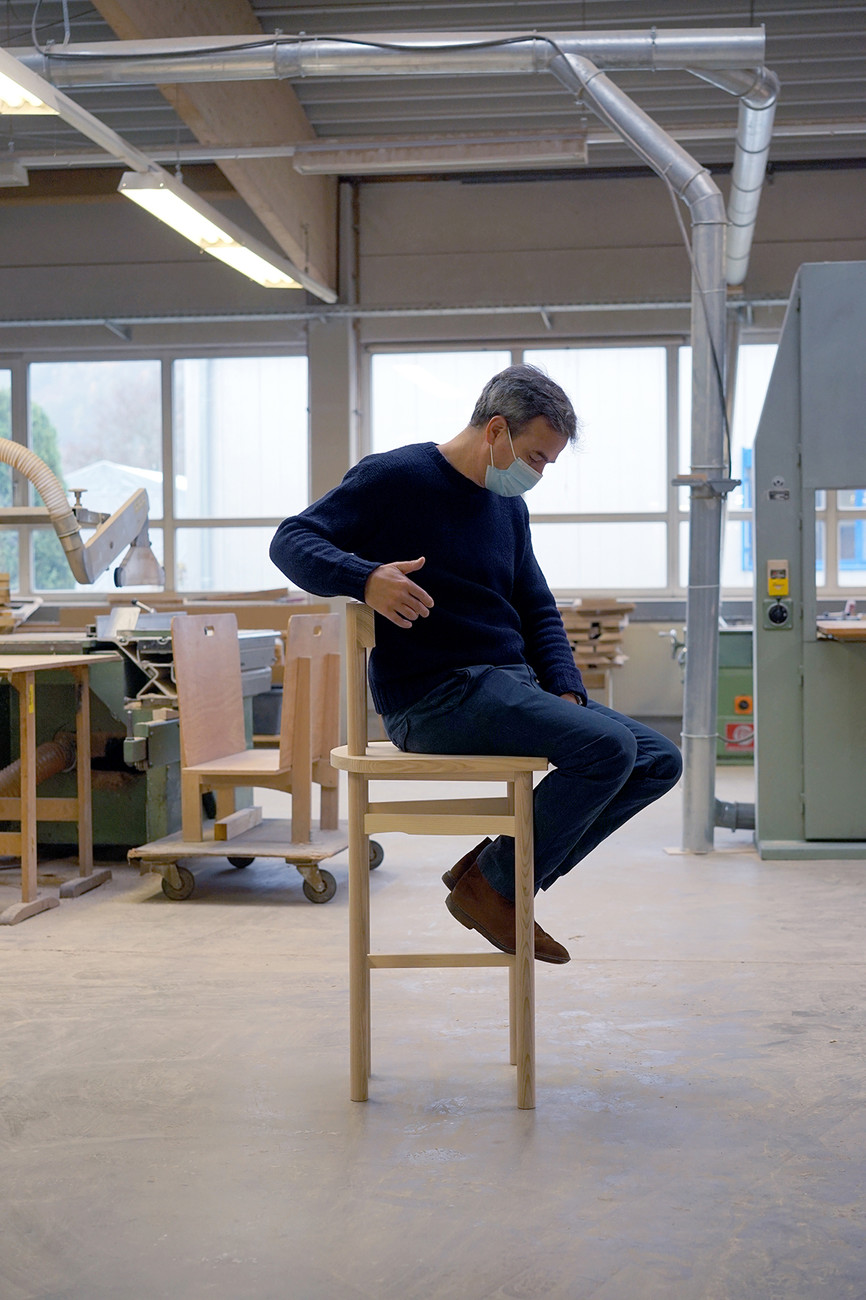 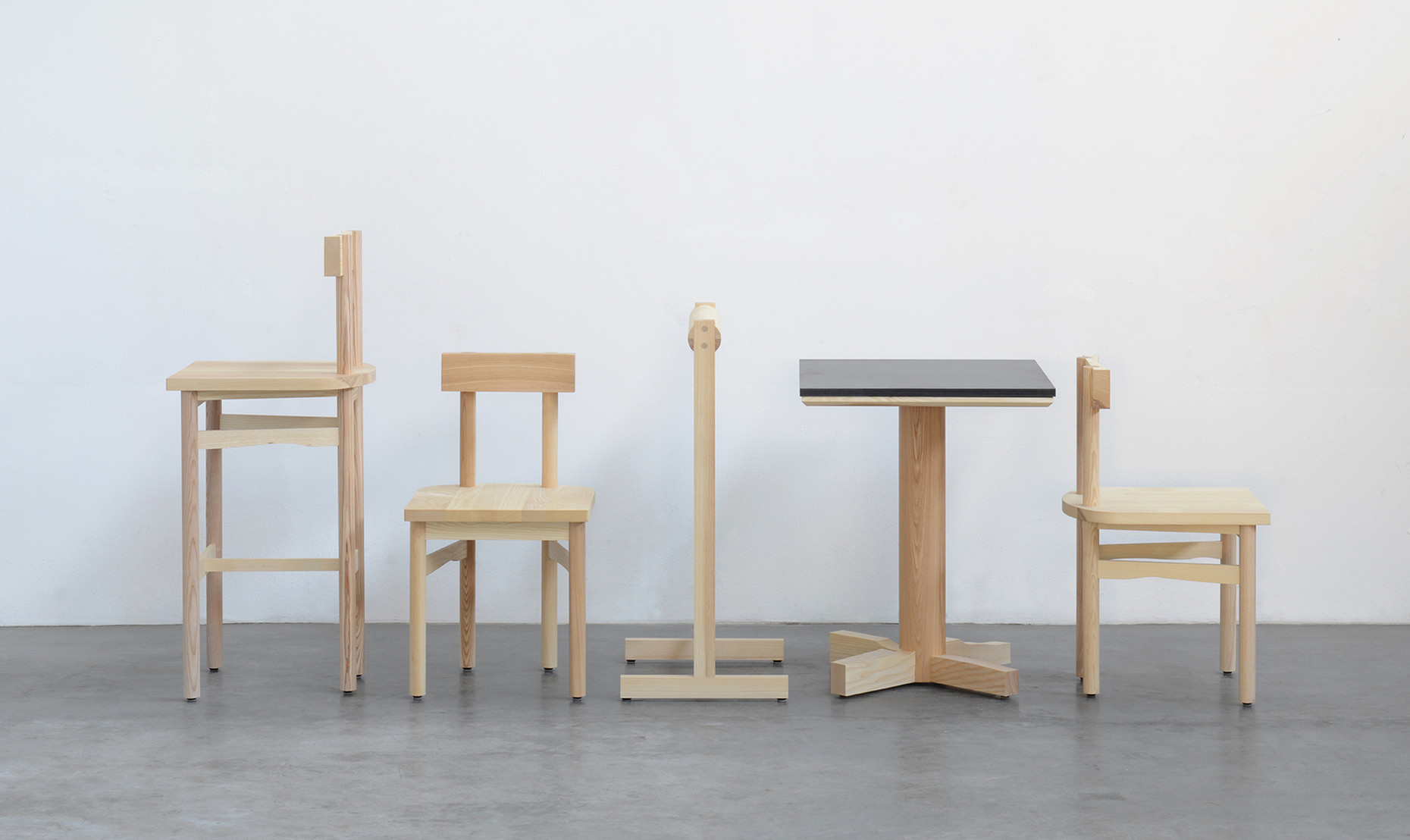 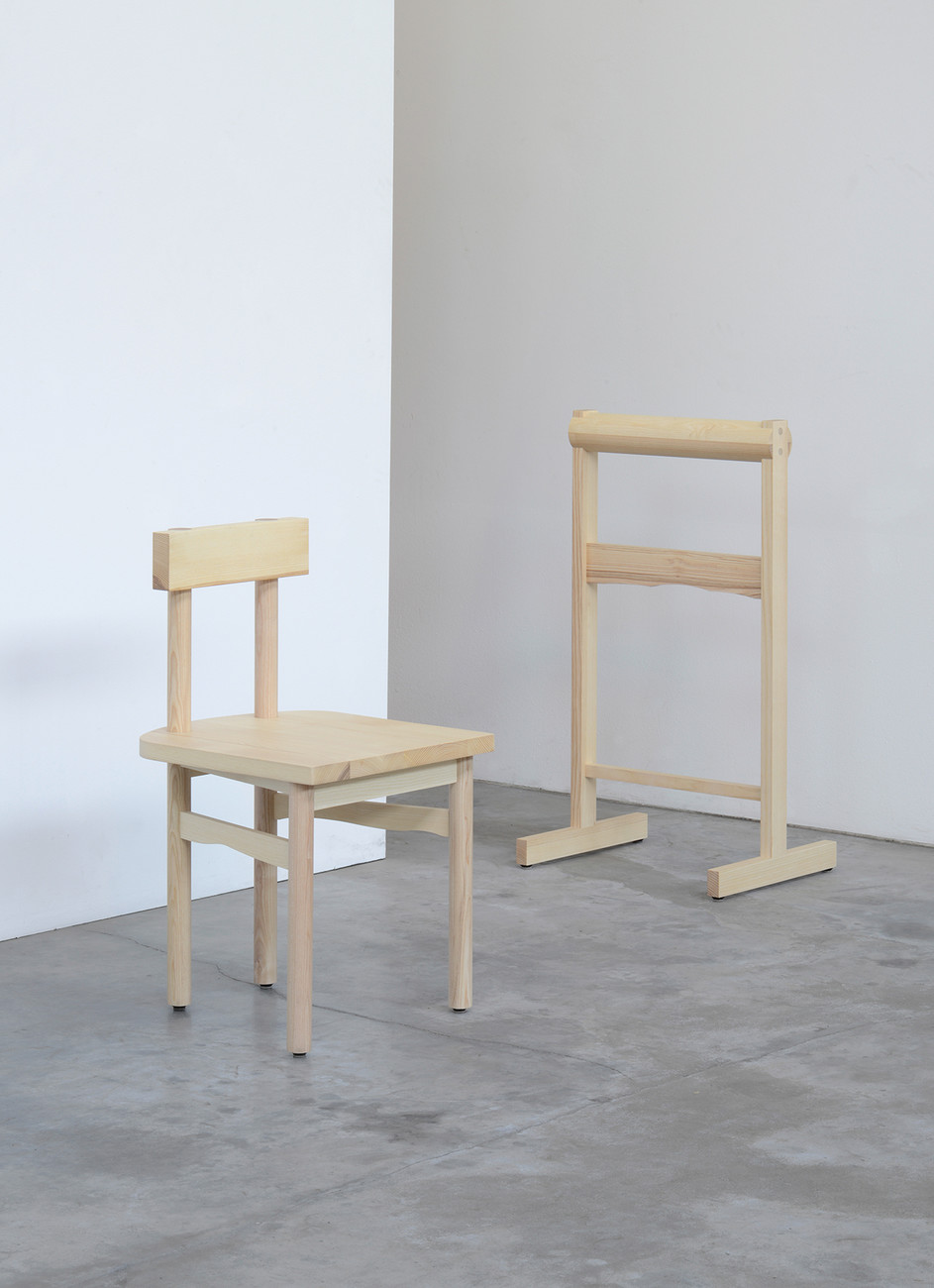 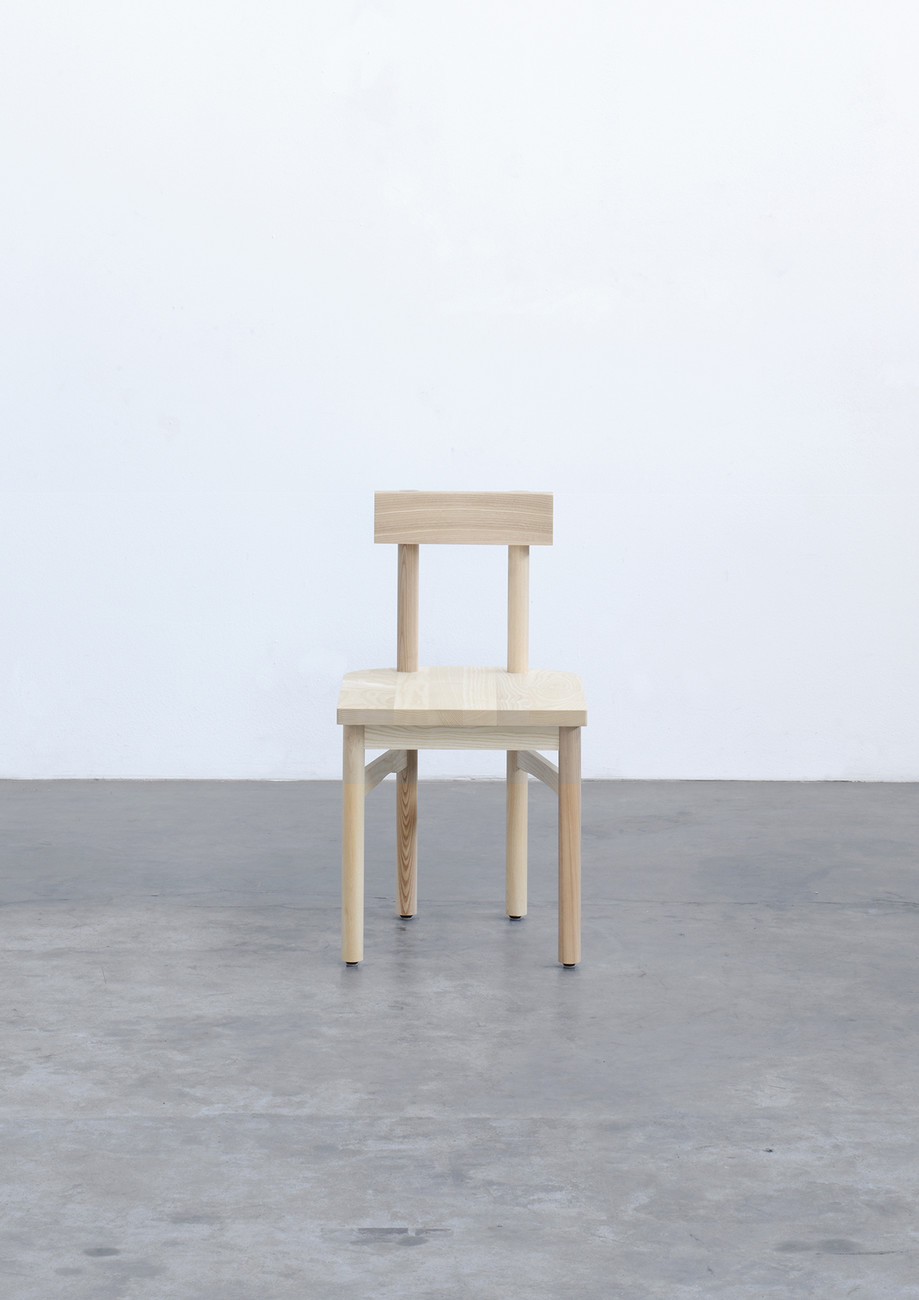 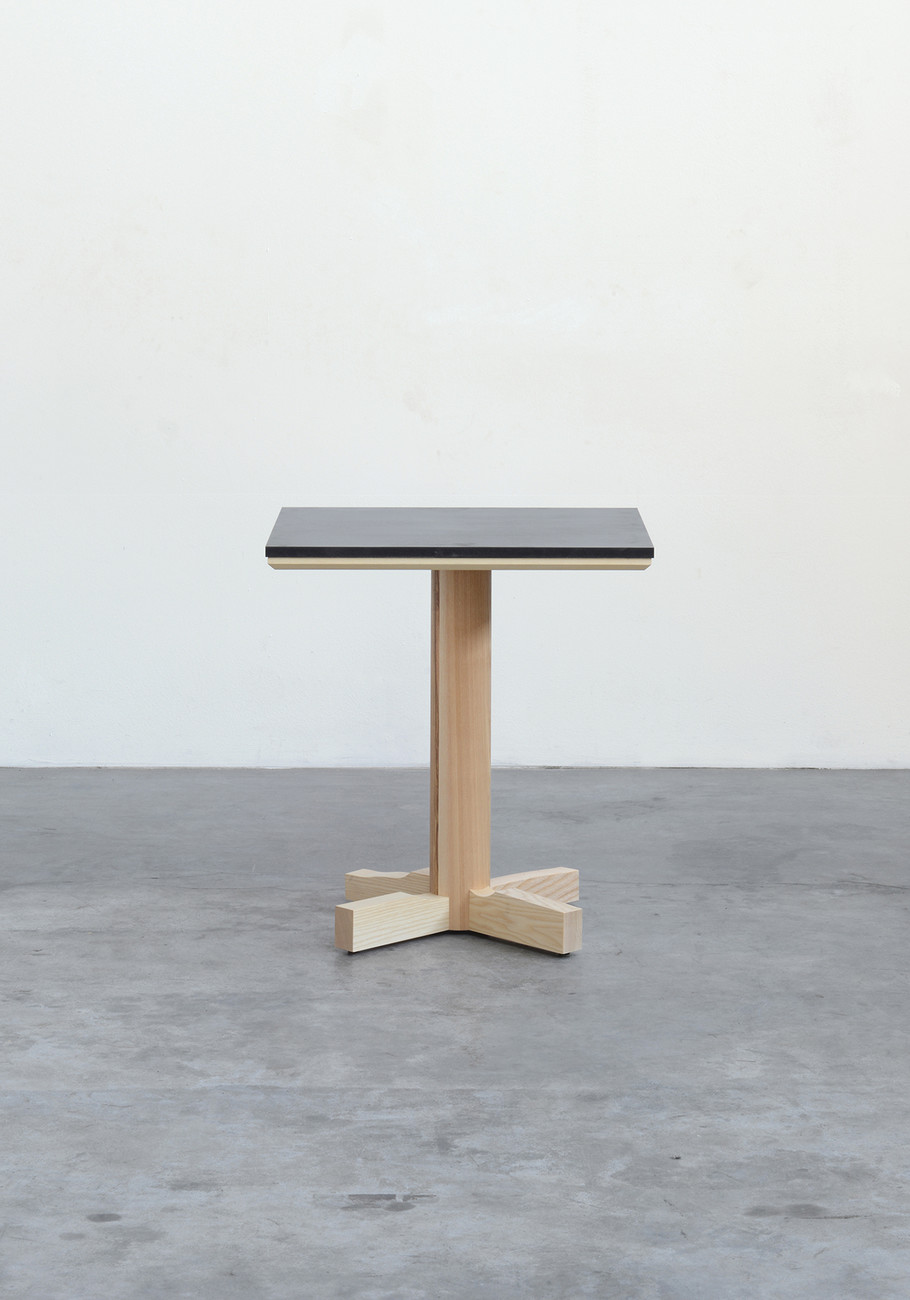 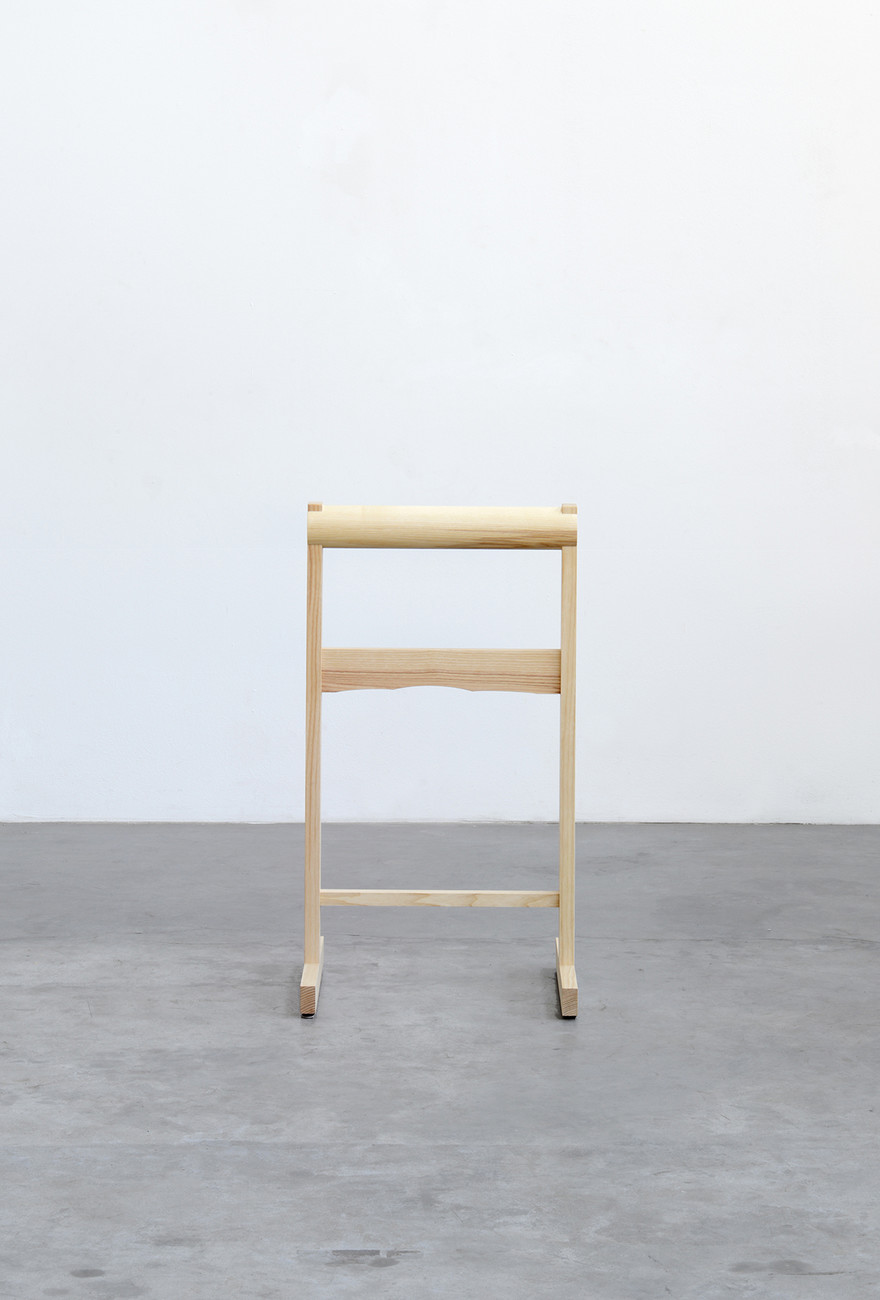 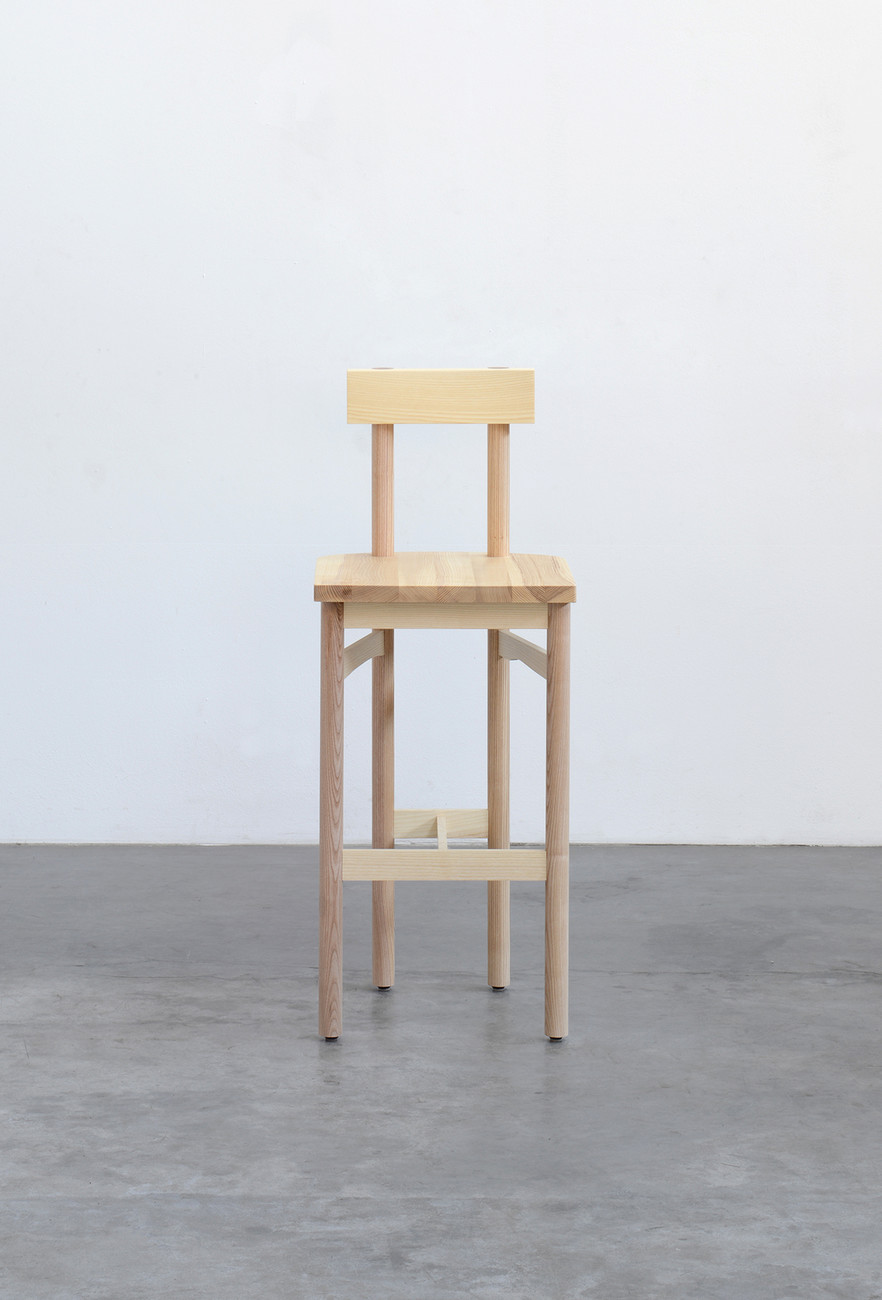 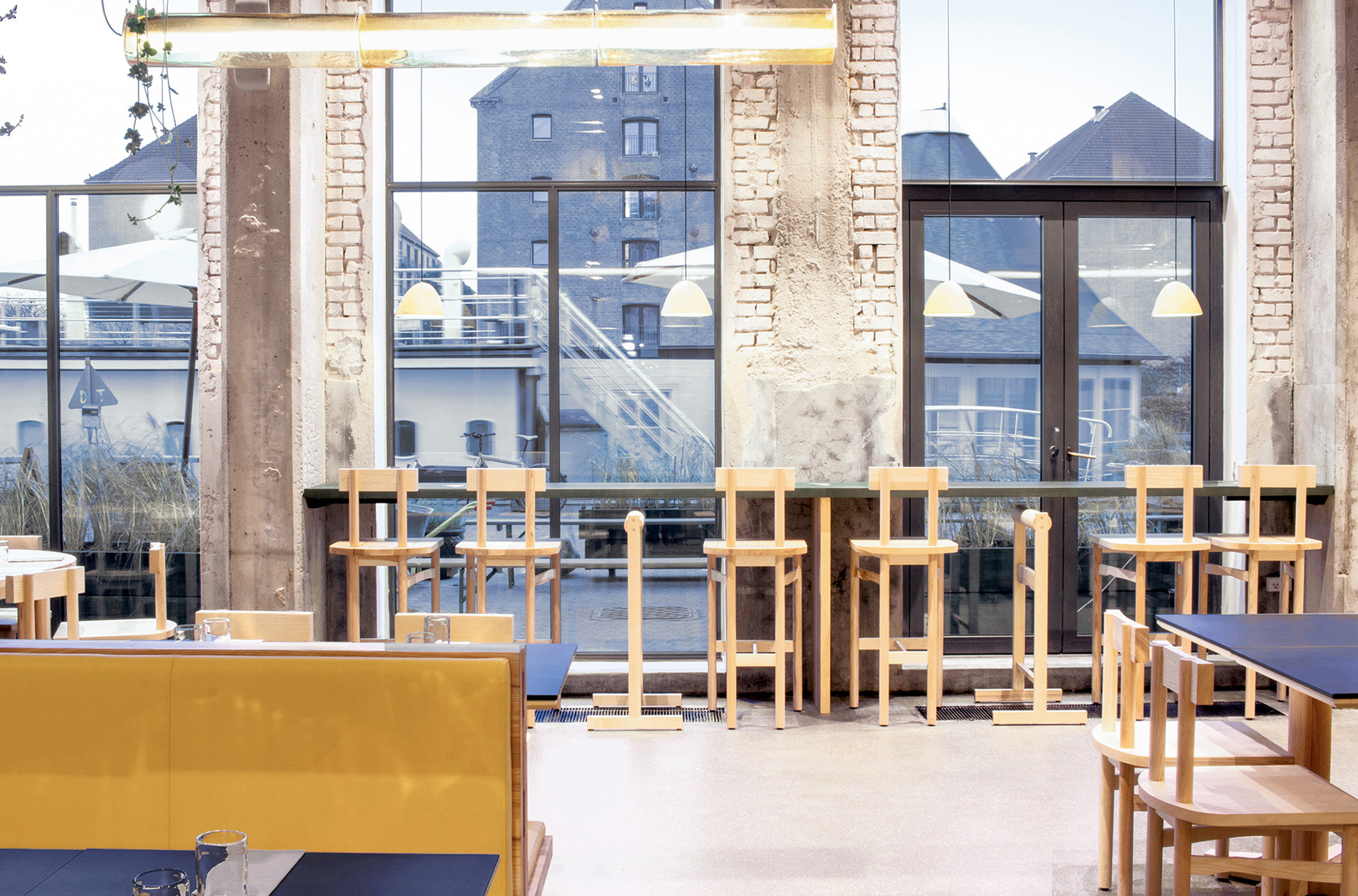 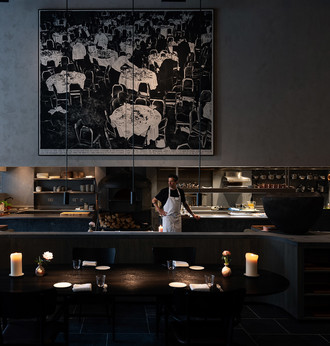 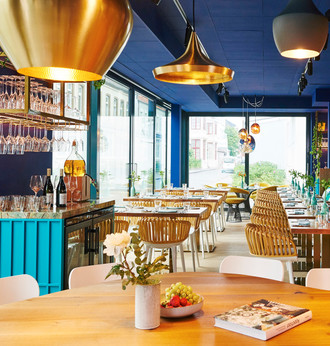 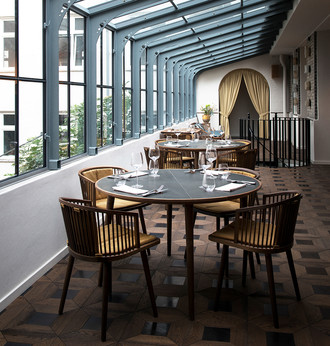 A night without worries

The restaurant Alouette in Copenhagen offers culinary and design quality that will leave nothing to be desired. 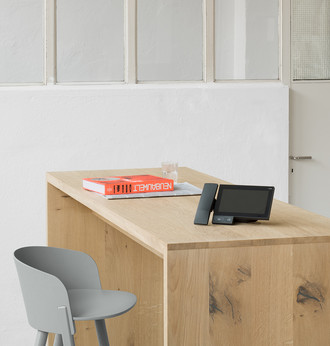 From outside to inside

Successful design cannot work without the right frame. For this reason, Siedle has obtained support from the e15 furniture label for the new "Axiom" indoor station.