On Römerberg, in the middle of Frankfurt’s Old City, Meixner Schlüter Wendt have created an archetypical building of glass that appears to be suspended in space.
by Fabian Peters | 8/25/2017

A steep glass roof now rises up from Frankfurt’s Römerberg. It is a recent addition, and forms part of a conversion by Meixner Schlüter Wendt, which involved the architects converting the erstwhile parish rooms for use by Frankfurt’s Evangelische Akademie. The centerpiece of their project was the expansion and extensive refurbishment of a bridge house from the 1950s, which vis-à-vis Historisches Museum spans the entry to Alte Mainzer Gasse. The plot is located in the very center of the historical town – between the old Kaiserpfalz and Römer buildings. Before the bombing damaged it in World War II, this was a densely developed quarter. All that has remained is the medieval Haus Wertheym, the only half-timbered building in the entire Old Town, which survived the destruction of the city’s historical core and adjoins the Academy on the side facing the Main River.

In the course of reconstruction after World War II the entire area west of Fahrtor was restructured. Narrow streets with a dense urban fabric gave way to modern residential buildings and large-scale administrative buildings generously embedded in green spaces. Only directly on the periphery to Römerberg were buildings created with historicizing decor, oriels and dormer windows that refused to completely reject the former picturesque appearance of this area.

By contrast, the onetime parish rooms were characterized by extreme functionalism. As one objective was to widen the narrow entrance to Alte Mainzer Gasse on Römerberg as part of the conversion work, the decision was taken to raise the building and have the road run beneath it. Unfortunately it was not possible to recreate the original state – which would have allowed people to experience the patchwork structure and cramped nature of the Old Town.

The architects opted to exploit the situation and above the street entrance have created a light-looking structure with a glass exterior, which is lent something approaching weightlessness by the delicate columns that appear to support it. The starting point for their design was the need to create an additional hall and offices for the Academy. In order to gain space for the hall, they have topped the elevated part of the building with a high and steep saddle roof. The effect is amazing: The new roof transforms the bridge building into an independent, classically proportioned structure. Florian Schlüter speaks of it as an archetype, which quite naturally establishes a relationship to the historical sections of the development on the square. Admittedly, the architects stress that they were not mainly aiming for a historicizing design, but rather decided in favor of the tall roof and the enhanced spatial presence it produces simply in an effort to lend the overall structure the character of a public building rather than a residential one. Nonetheless, with the conversion Meixner Schlüter Wendt have created a further urban element that contributes to making the Römerberg more easily identifiable as the city’s timeworn epicenter.

Giving the bridge building a striking roof and cladding it entirely in glass makes it stand out clearly from the remaining structure, and also offers natural thermal advantages. The only section that does not quite fit in with the delicate overall appearance is the very massive lower section above the thoroughfare, which however also accommodates the expansive rainwater downpipes from the facade.

The architects decided to structure the large glass areas partly by means of powerful horizontal ledges, which have both a technical and design function. In addition, sections of the facade were printed in white. The architects have used this printing to reproduce the structure of the existing building behind on the new surface. Moreover, they have applied an abstract, ornamental pattern comprising diagonal stripes and crosses that reflects the decorative elements of the adjacent post-War development on Römerberg. At the same time, the pattern invariably brings to mind the half-timbered buildings destroyed in the World War II bombing raids. You could argue that Meixner Schlüter Wendt transformed the glass façade into a kind of palimpsest that references exposes (more or less obviously) information on the history of the place.

However, the printed facade not only serves to communicate information, but also mediates skillfully between Haus Wertheym to the left and the post-War architecture to the right of the Academy. Adjoining the rear of the original converted building is a narrow, three-story structure that looks as if it also stems from the 1950s, but is actually a new build. As it would have taken more than a reasonable amount of money and effort to convert the building previously housing the vicar’s apartment into the required offices, the architects decided to tear it down and produce something freely inspired by the old façade. Although this harmonizes well with the adjacent administration building from the same epoch, it must be said that in this case the opportunity was missed to transpose a little of the urban style of Römerberg into the Neue Mainzer Gasse. 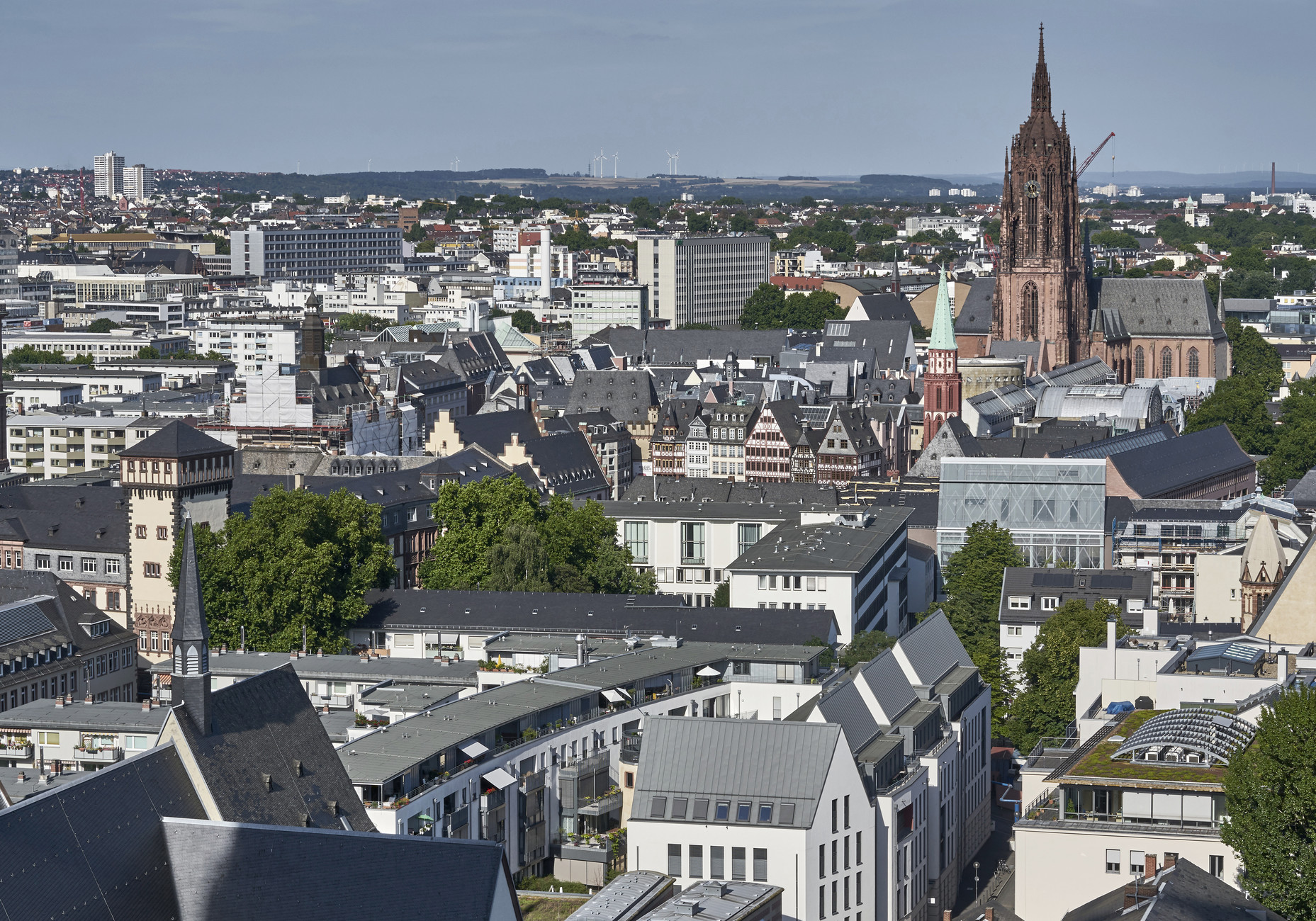 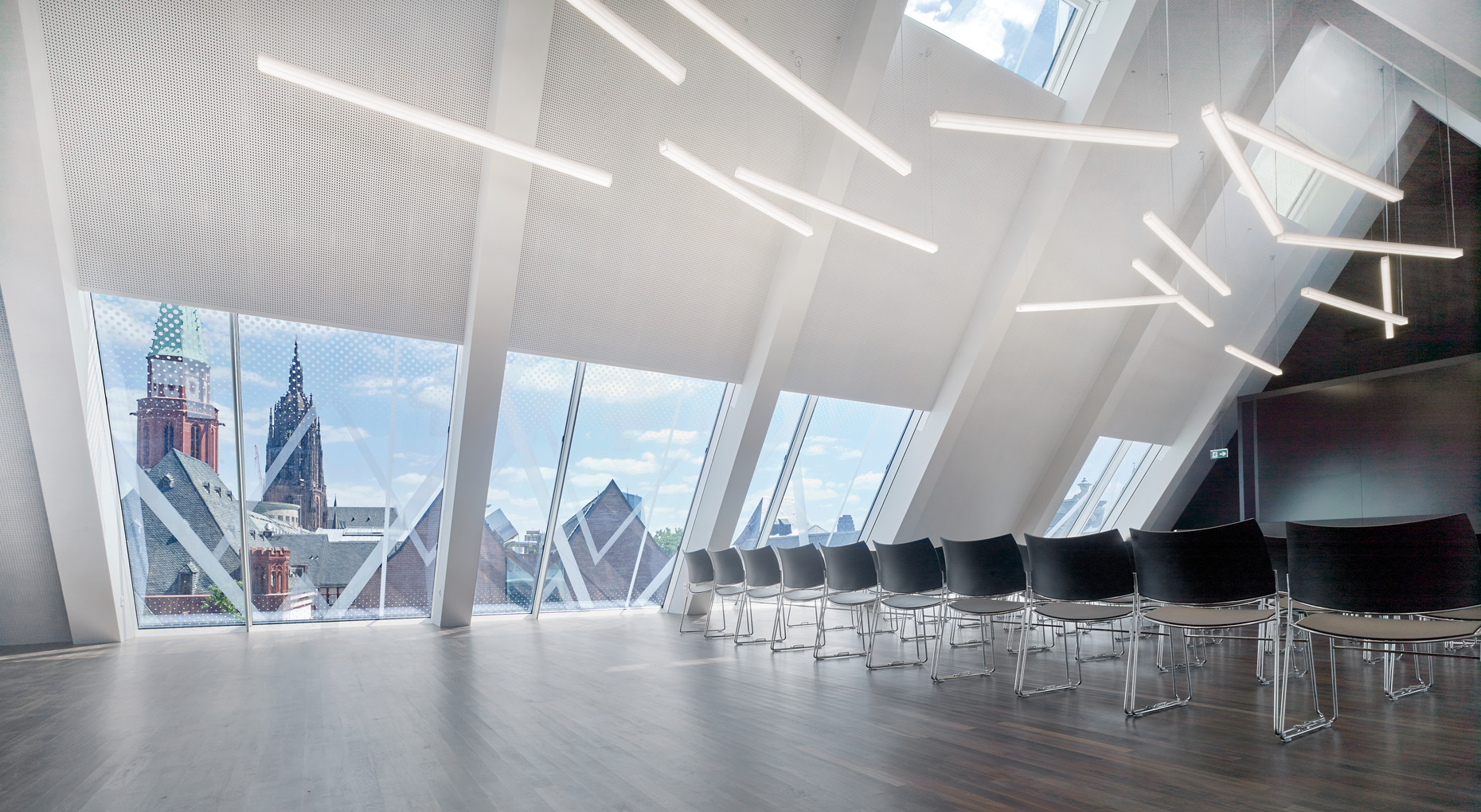 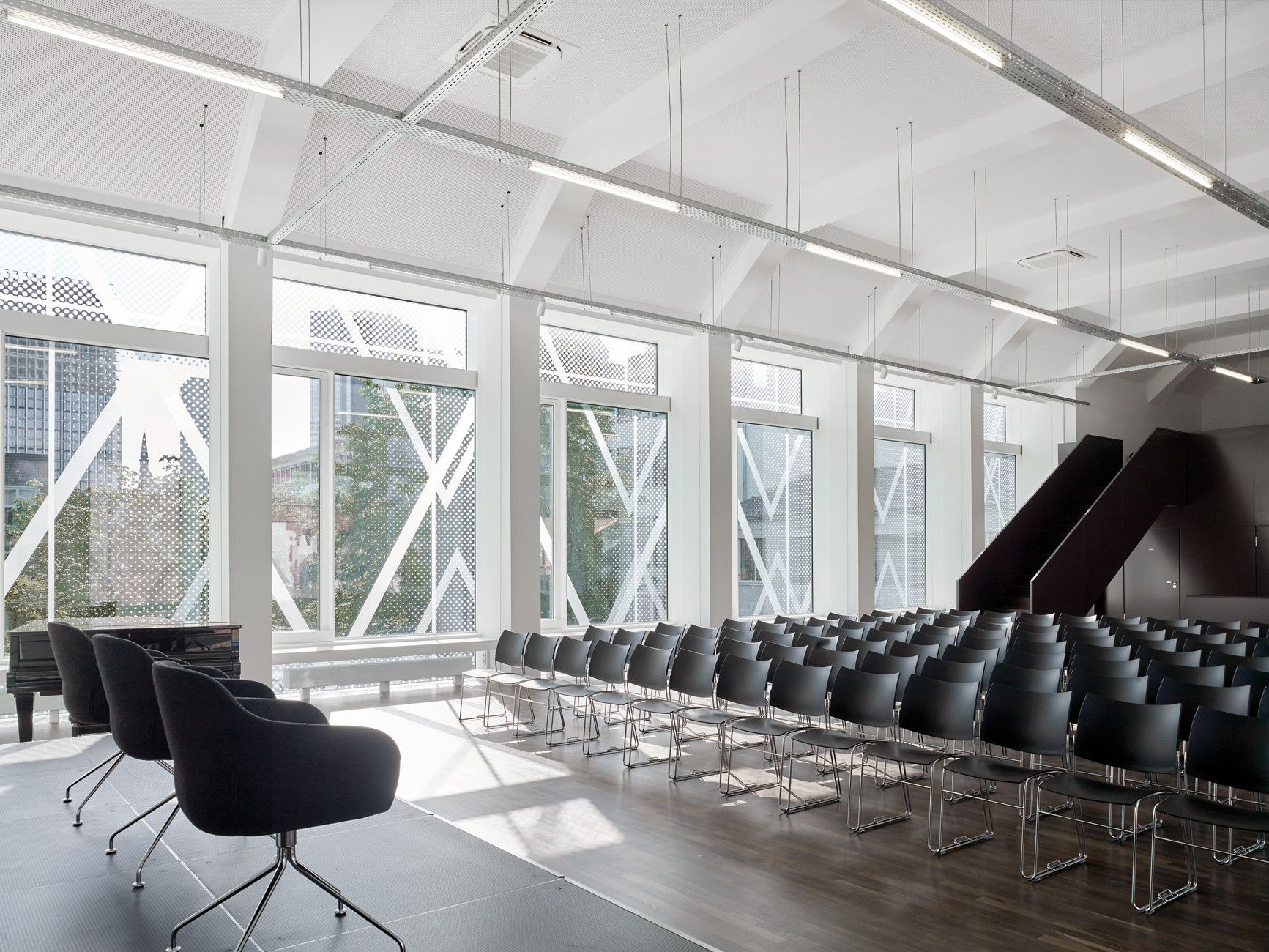 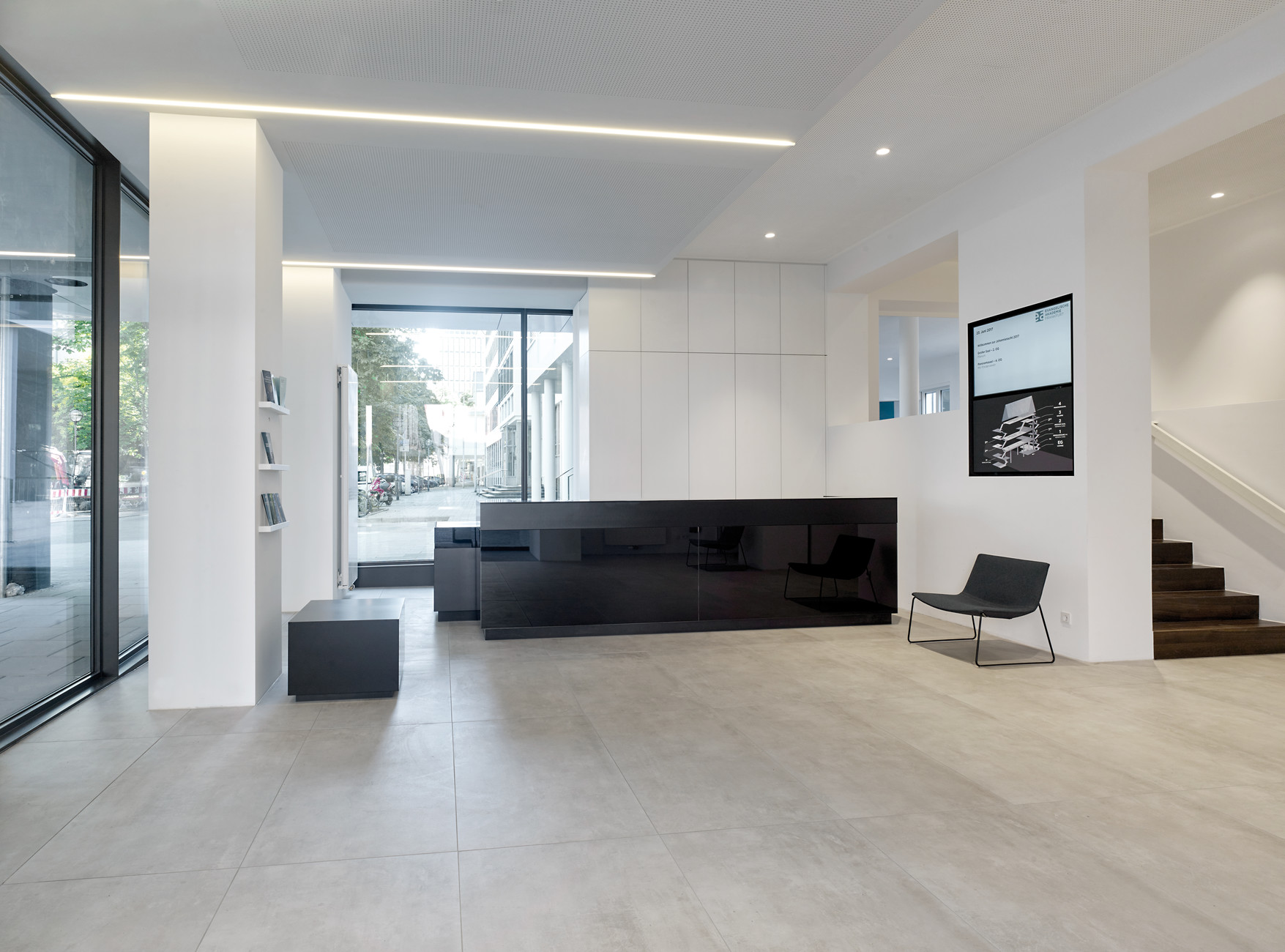 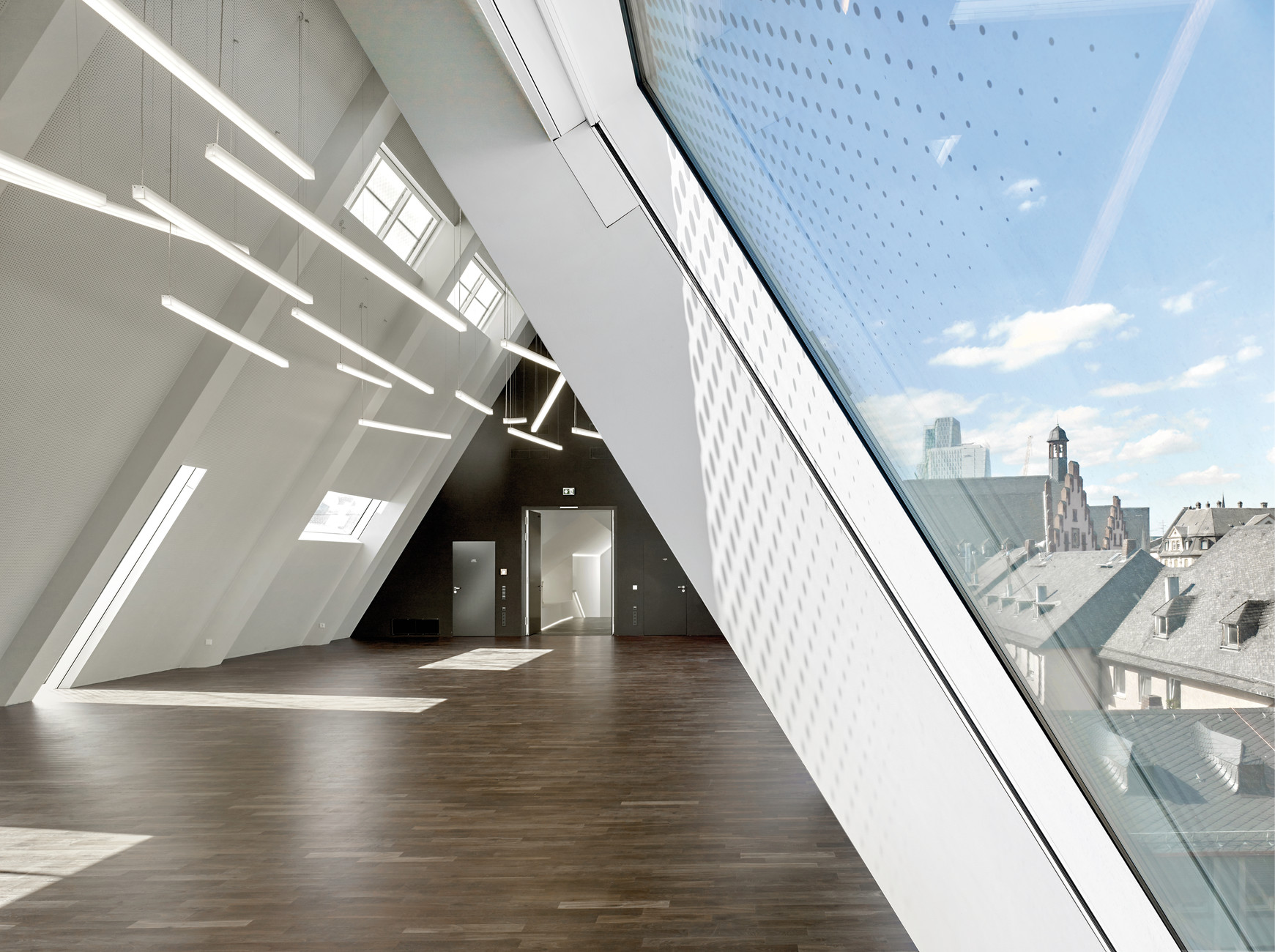 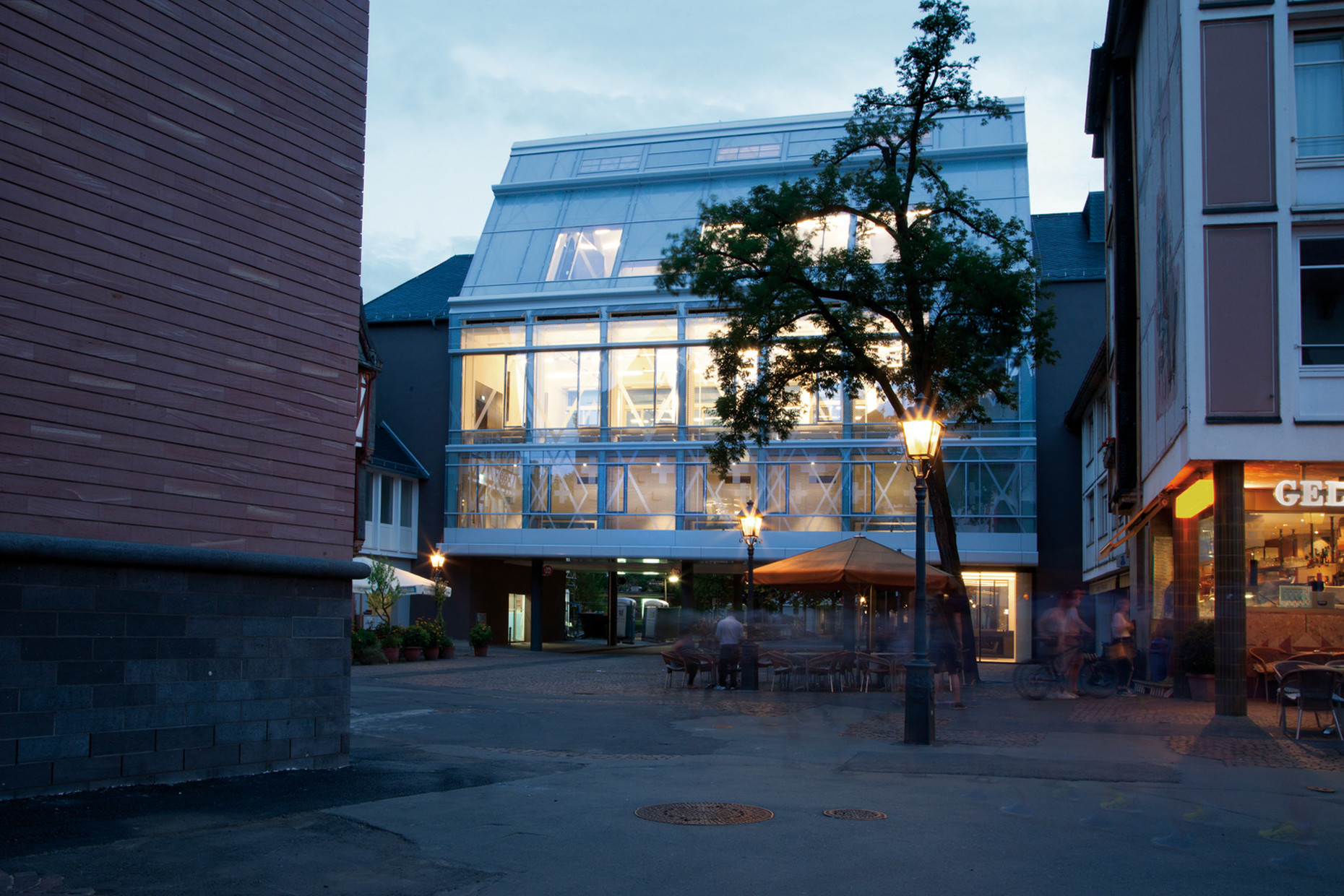 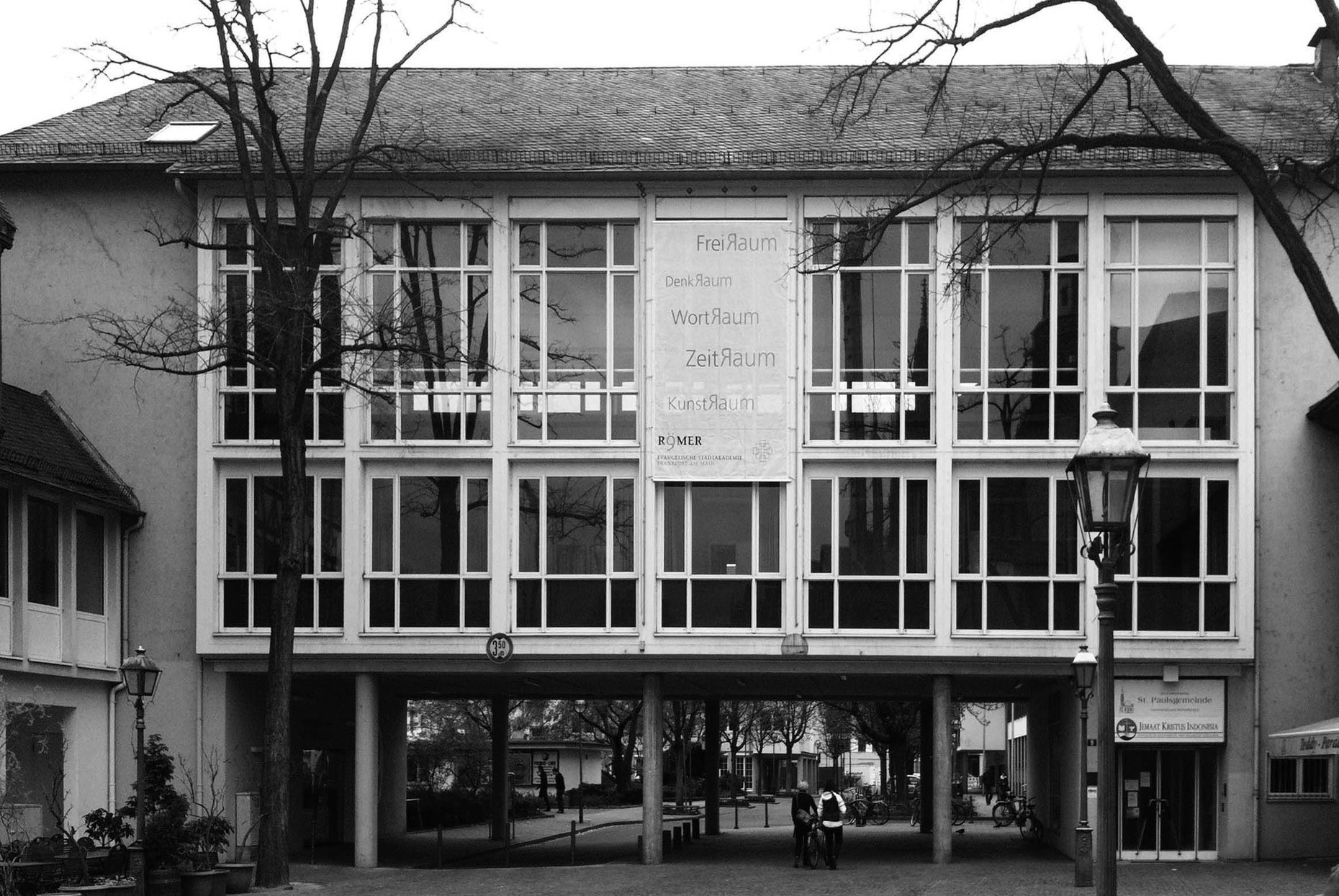 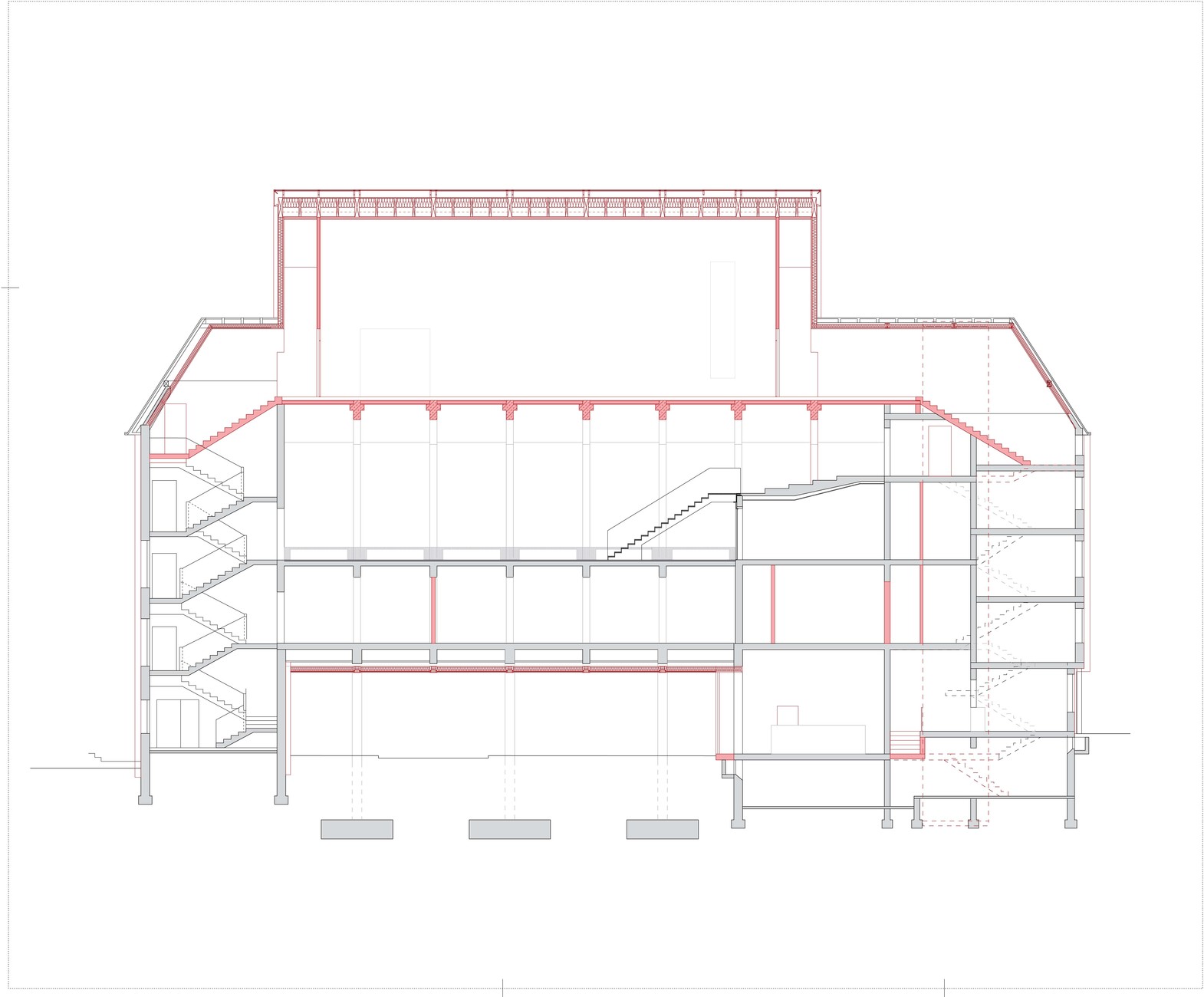 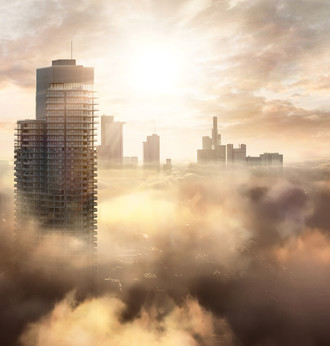 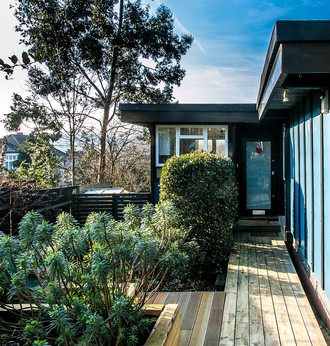 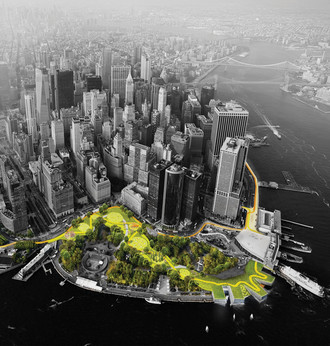