There is a hammer on a tree-trunk. It is seized, the piece of wood is struck somewhat tentatively and images spring out of nowhere onto the wall. They are altered by further, slight movements and turn the oldest tool in our culture into a poetic drawing instrument creating constantly changing, wall drawings animated by computer technology.

Named "Log a Rhythm" the above project stems from Swiss designer Karian Foehr and can be viewed until 24 July as part of "Ecal design" in Galerie Helmrinderknecht in Berlin. The exhibition showcases work by ten students from the renowned School for Art and Design in Lausanne (ECAL) and was one of forty events spread throughout the city to accompany the five-day DMY International Design Festival Berlin, which ended last Sunday.

It started out as a small satellite of Designmai but three years ago when the latter ended the Festival emerged in an independent format. This year for the first time it was staged on the Berlin Tempelhof airport complex and presented itself positively prominently and with curator. While in 2009 the two exhibition platforms "Youngsters" and "Allstars" were in separate locations, this year they united in two adjacent hangars. Over some 11,000 square meters prototypes and experimental editions by over 400 upcoming, as well as internationally established designers, small furniture firms and design schools were presented. And as was the case last year, there were various focal topics.

One of these was the focus on Swiss design, which had an influence on the entire festival and, as in the case of Galerie Helmrinderknecht and Karena Schuessler, also influenced the accompanying program. Apart from work by student's from various universities, projects by selected design studios as well as the winners of the Designpreis Schweiz (Swiss Design Prize) and the Eidgenössischen Preise für Design (Swiss Prizes for Design??) were presented.

Swiss highlights included the exhibition "Give Me More" developed especially for the DMY, which is a collaboration between the Swiss Polytechnic in Lausanne (EPFL) and the ECAL, as well as the first major show about how the FiDU technology evolved. Developed at the ETH Zurich by Oskar Zieta and Philipp Dohmen, FiDU is based on a technology used in the automotive industry, which uses laser cutters to shape sheet steel, welds it and then pumps it up using air pressure, producing highly sturdy yet lightweight structures. By contrast, with works by young interaction designers the EPFL+ECAL Lab presented insights into "Augmented Reality"- and like their fellow artist Karian Foehr, demonstrated the narrative options of AR software.

New technologies and interactive media were also the general thematic focus of the DMY. By way of example, the symposium on Saturday "Are Nerds The New Designers?" featuring speakers such as Eva Rucki from the London design studio Troika focused its attention on interaction and interface design, as well as digital design and production methods. In the so-called Maker Lab various workshop stations gave visitors direct access to the open design and DIY culture, which have adopted digital rules, and allowed them to produce their own materials and design their own objects under supervision.

But there were also many analog experimental approaches. These included "Tape" by the Austrian-Croatian design team For Use / Numen, a room-sized installation of transparent adhesive strips, and the "Tafelstukken" project by Dutch designers Daphna Isaacs and Laurens Manders, which translates three different luminaires into contemporary centerpieces, which illuminate themselves and their content. Together with the EPFL+ECAL Lab "Tape" and "Tafelstukken" received this year's DMY Award, selected by Werner Aisslinger, Jurgen Bey, Hella Jongerius, Patrick Reymond and Jerszy Seymour. 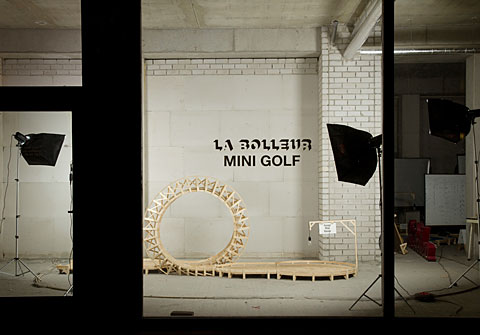 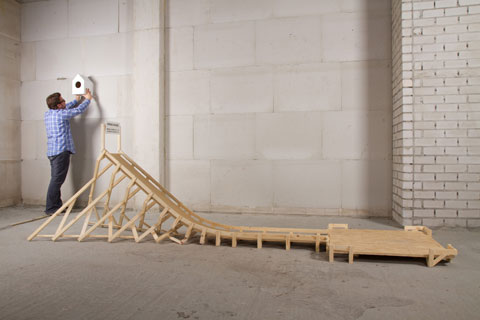 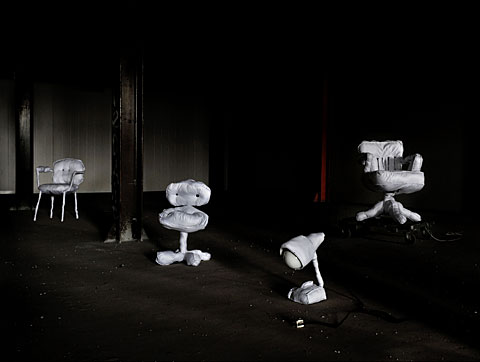 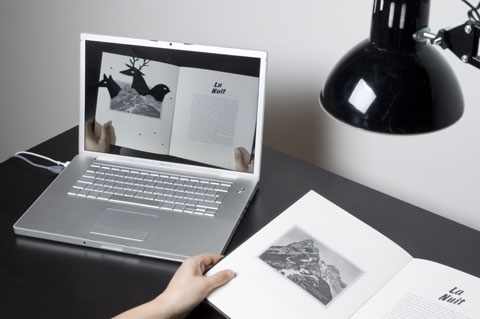 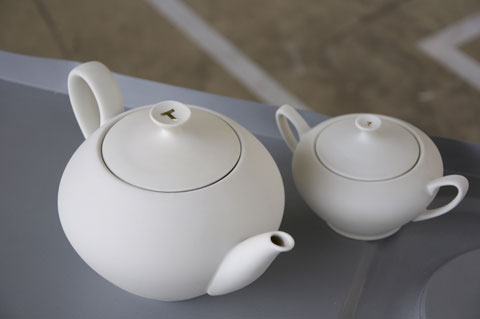 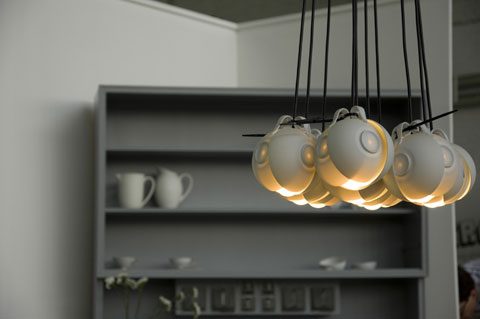 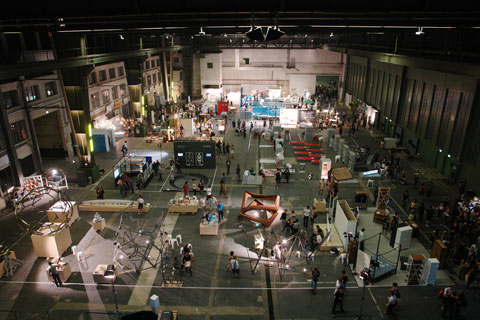 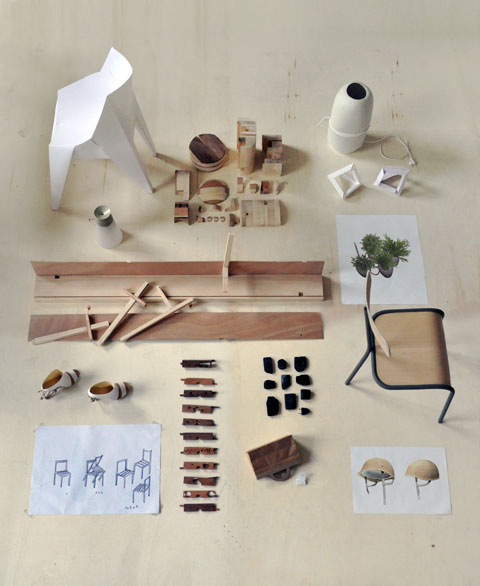 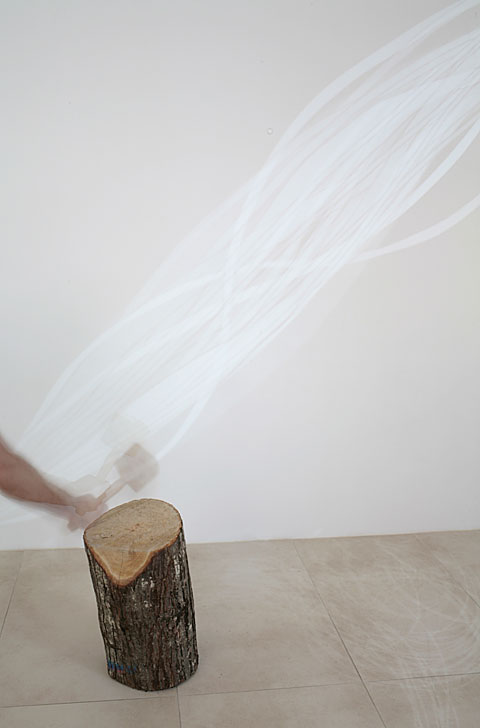 Log a Rythm by Karian Foehr, School for Art and Design in Lausanne 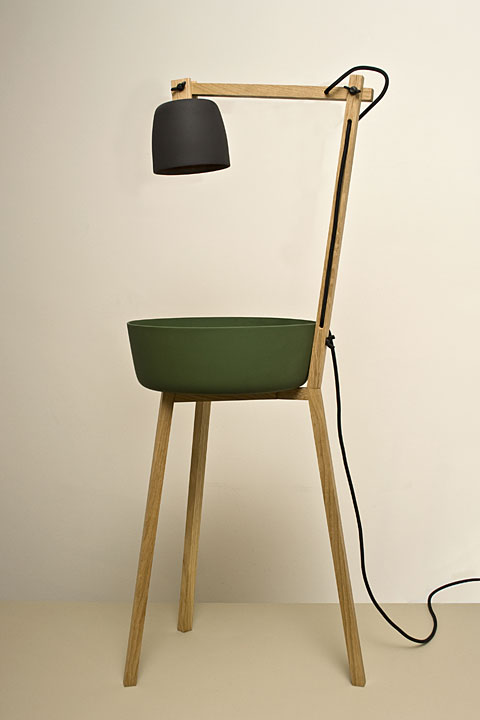 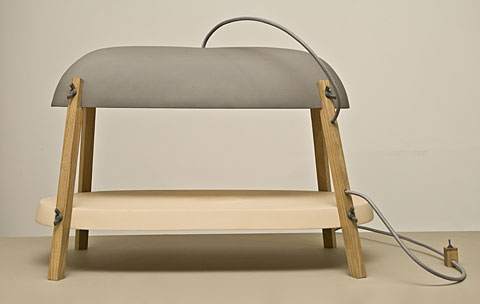 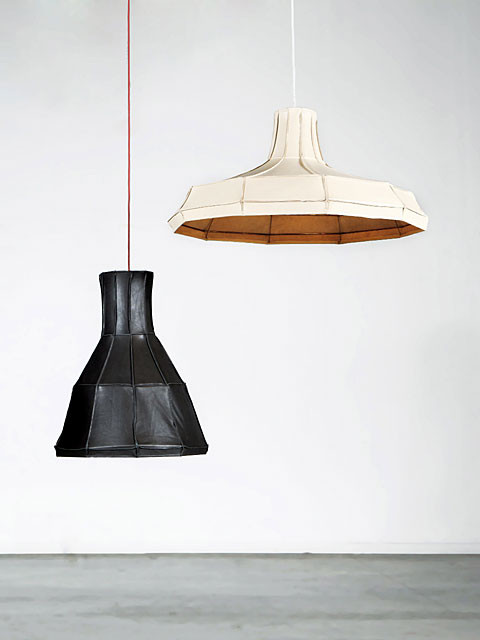 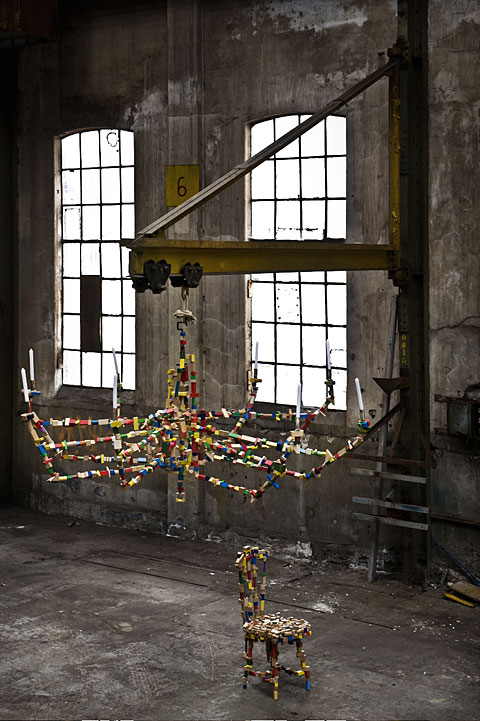 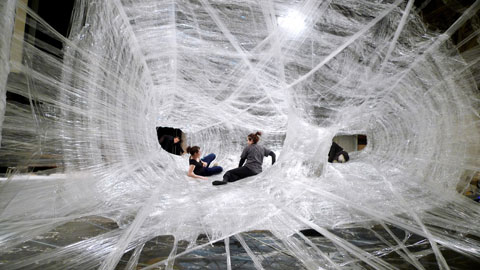 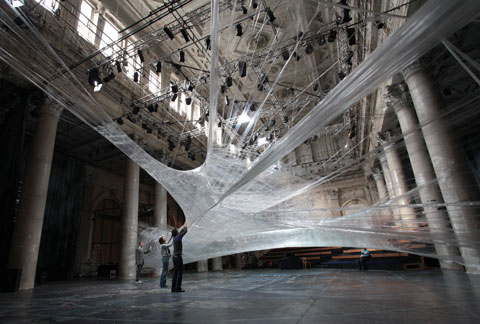 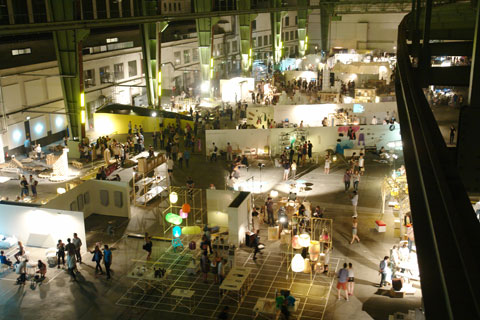