Fields is the name of the luminaire, which builds upon the basic geometric shape of the rectangle, by the young Spanish designer Vicente García Jiménez for Foscarini. Different sized rectangles overlap on several levels, creating different areas of light and shadow. Jiménez developed the idea for this striking luminaire from a view of the rural expanses of the region where he grew up, La Mancha. Just as we admire the precise division of the fields from an airplane or hold our hand in front of the sun in bright sunlight and let the light beam though the gaps in our fingers, Jiménez's luminaires also play with sensory impressions.Jiménez, who was born in 1978 in Valencia, now lives in Italy, where he opened his own studio in Udine in 2007. He met the architect and designer Enrico Franzolini there in 2003, with whom he has been designing extremely successful luminaire series ever since. When it comes to Big Bang, also designed for Foscarini, the lampshade reminds us of the explosion of a geometric body. White and colored Metacryl panels look like they have been inserted into each other at random; they become denser the further you approach the light source and generate a mild, indirect light. Glow, a line of luminaires for Pallucco, consists of bent, pressed and colorfully painted aluminum strips which also form a bizarre casing.Vicente García Jiménez's designs seek new formal approaches and aesthetic impulses, which also find expression in two young lighting companies with great potential, namely, Fambuena, of which Jiménez has been in charge since 2005 as Art Director, and Karboxx, for which the Spaniard and his Italian colleague Enrico Franzolini design luminaires using cutting-edge technology.www.vicente-garcia.com 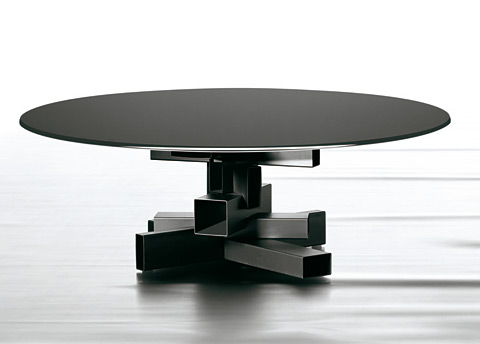 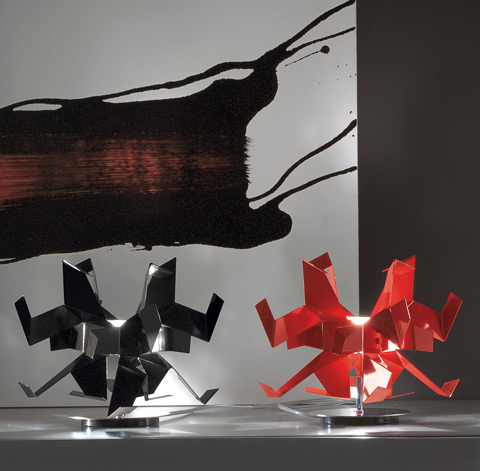 Glow for Pallucco, with Enrico Franzolini 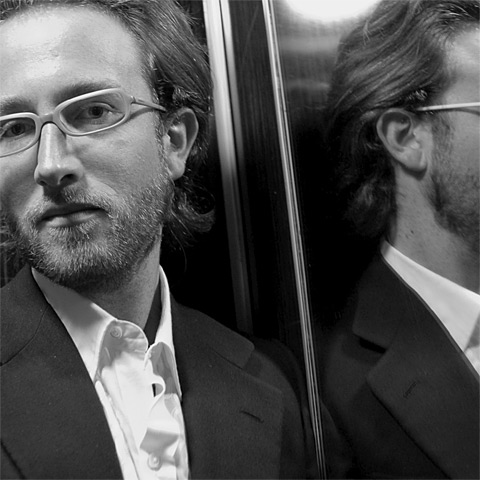 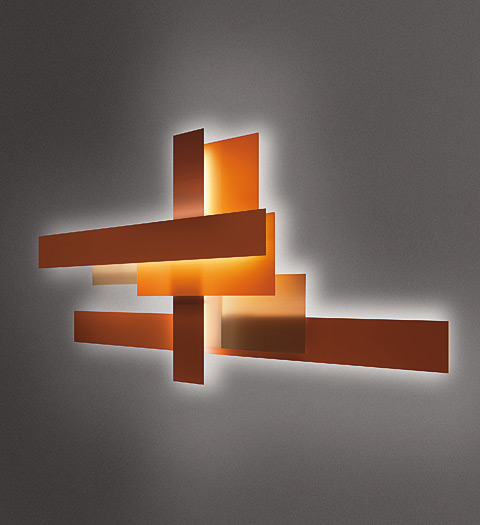 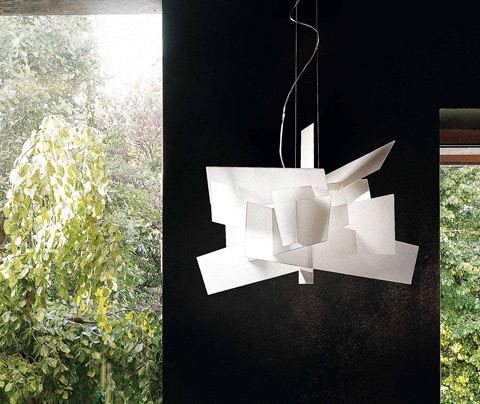 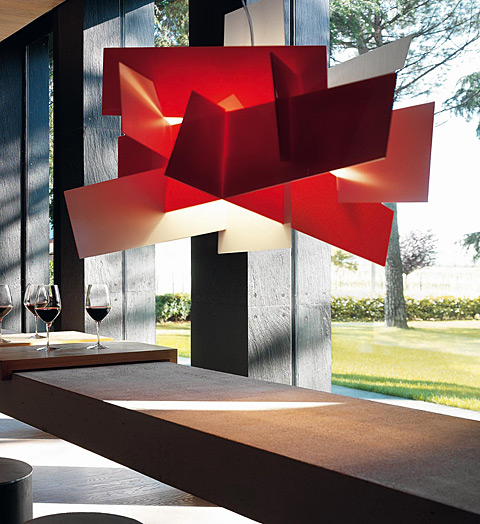