Those were the days. It was not only the futurists whose pulse raced when the tranquillity of a world running at the pace of a horse-draw coach began to explode like the mixture of air and petrol in the combustion chambers of a four-cylinder engine with 200 hp. In the same year that Filippo Tommaso Marinetti published his 'Futuristic Manifesto', 1909, the 'Lighting Benz' became the marque's first car to break the 200 km/h barrier. Something that almost every modern small car can achieve was, at that time, absolutely amazing – driving as fast as lighting.

It is not just that this white-painted cigar tube, with its huge brass radiator, matt-black exhaust of drainpipe-like dimensions and two demonic chain drives, looked like an infernal machine – one must also try to imagine what it must have been like to drive this rocket, which was twice as fast as the aircraft of the time – and to do so on two tiny seats for the driver and passenger without a windscreen and with just four narrow tyres making contact to the ground. And that quite apart from the condition of the roads! Hence, it is hardly surprising that the Lighting Benz was viewed in America like an eighth wonder of the world. Altogether, only six of them were made – with an engine generating 200 horse power at 1600 revolutions per minute from no less than 21.5 litres, a kind of brute force that is simply beyond our comprehension in these days of electronic suspensions and deep upholstery.

The six cars – all of them automobile legends – are together in one room and, although you can't sit in them, you can still get up very close. There, next to the primitive-looking Lighting Benz, gleaming like a black pearl, is the mighty 540 K or 'Motorway Courier' from 1938. A fixed-head two-seater with boot and a five-litre, eight-cylinder engine – a touring car par excellence with details, the beauty of which makes you catch your breath many times, e.g., the dramatic way the split front windscreen is integrated into the body, the way in which the sparkling chrome seams give the wings a touch of aeroplane-like elegance – that is the art of body making at its best. Apparently, the car on show belonged to a Spanish eye specialist who used the car in North Africa and, later, for frequent trips between Spain and Switzerland. Who knows, perhaps he cured one or more eye problems solely by letting the patient gaze in wonder at his car?

The W 196 R Streamline is not only a beautiful car but also the one with which Mercedes-Benz returned to grand-prix racing in 1954. The bodywork seems to have been draped over the chassis like in an incredibly gentle way, almost like a heavy, shimmering cloth. At its first outing, Juan Manuel Fangio and Karl Kling achieved a double victory at the French Grand Prix. And then there is the 300 SL Gull Wing, and how could it not be there, the epitome of the German dream car in the fifties alongside something completely different, the C111-III study of 1997: an extremely flat, ground-hugging car with semi-cowled wheels and a coefficient of drag of just 0.178.

Only the Bionic Car of 2005, a research vehicle based on the extremely aerodynamic shape of a trunkfish, is somewhat out of place. A trunkfish? Yes, a trunkfish. However, this doesn't mean that the trunk that could be placed behind the two leather seats of the big black 'Motorway Courier' of 1938 has taken to the road. Nevertheless, even this attempt to copy nature has certain elegance. And there has to be, it would seem, something bionic about any new concept that has to make the grade in aesthetic and technical terms these days. 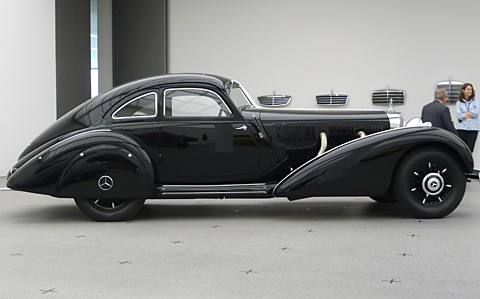 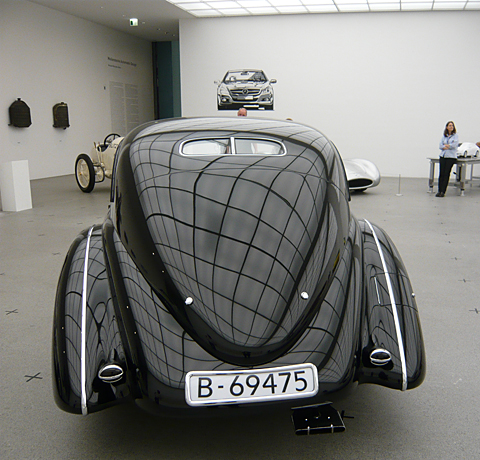 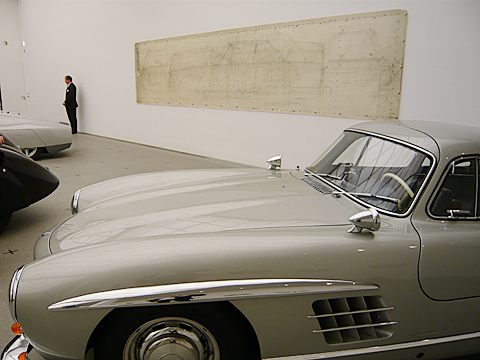 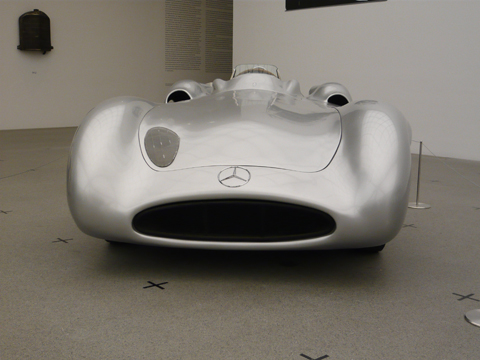 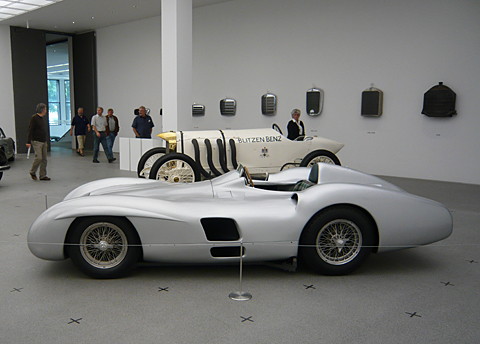 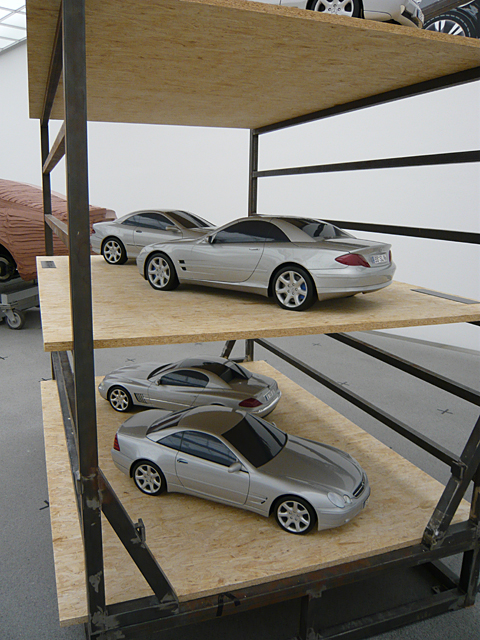 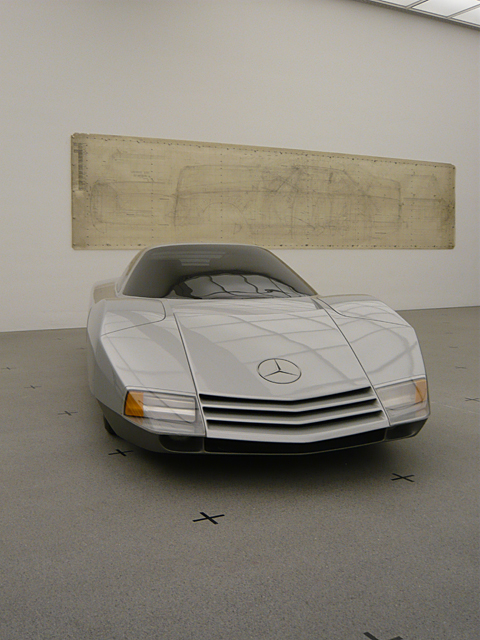 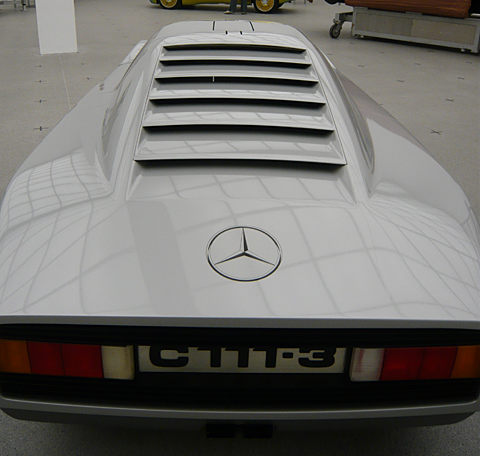 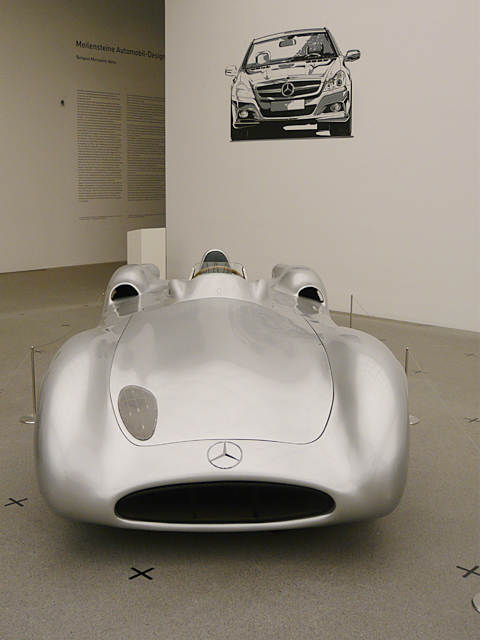 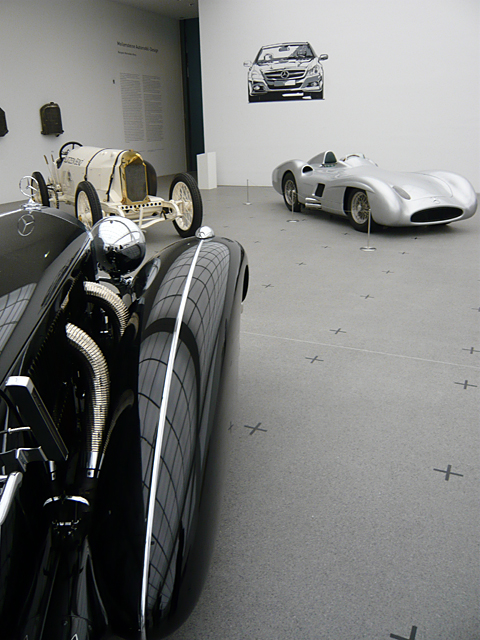 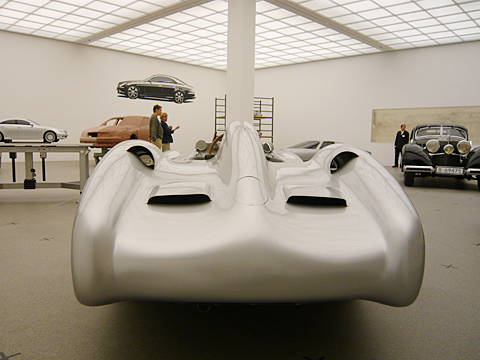 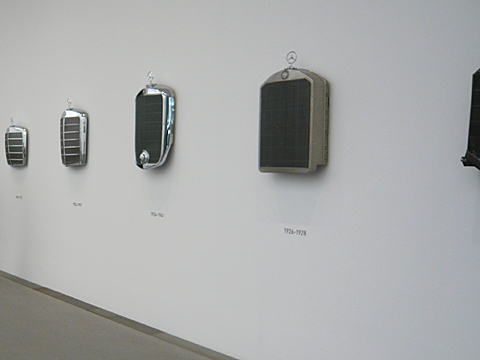 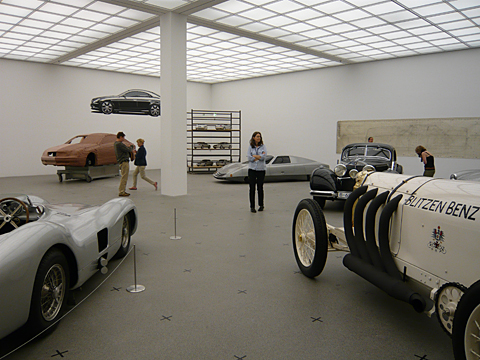