The large roof terrace of an elite university has been remodeled with furniture by Fermob.
12/20/2018

The “Ivy League” is a group of America’s most famous universities – Harvard, Yale and half a dozen more. The French, meanwhile, refer to their best and most prestigious higher education institutions as the “Grandes Écoles”. emlyon business school is among this illustrious circle, and is considered one of Europe’s best business schools.

Today the university, which was founded in 1872, hosts around 4000 students in a complex of buildings in the Lyon suburb of Écully. During the course of the 2018 renovation of the main building, which dates back to the 1970s, the building’s large roof terrace was also redeveloped.It was previously home to some greenery but was of little use, so the university wanted to change this and create space for social activities as well as for meetings and relaxation. To this end, architecture firm Arthur Gential developed a plan for the redesign, for which they made use of furniture from the versatile outdoor range at Fermob.

The architects divided the terrace up into various zones: Lounge areas offer comfortable seating arranged in groups, ideal for relaxation during breaks or for study group meetings. A central podium can be used as somewhere to sit, but also as a stage for events and guest appearances. A large multifunctional space connecting to this offers scope for a variety of activities – from parties to table tennis.In the gastronomy areas, tables and chairs are covered by three large sunshades.

For the lounge areas, Arthur Gential Architecte selected the “Bellevie” range from Fermob. This series created by designers Patrick Pagnon and Claude Pelhaître, with its clear, contemporary forms, corresponds to the modern building and the design language of the terrace conversion. In contrast, in the gastronomy area the architects drew on what is perhaps the most iconic piece of French garden furniture: the legendary metal chair that was designed in 1923 for the Jardin du Luxembourg, and which Fermob still produces for the parks of Paris.The two furniture series are refined in their coloring and tailored to each other: While the modern “Bellevie” range is painted in a classic medium red, the “Luxembourg” chairs and tables have been kept in a lively orange, which makes the gastronomy zones appear particularly cheerful. 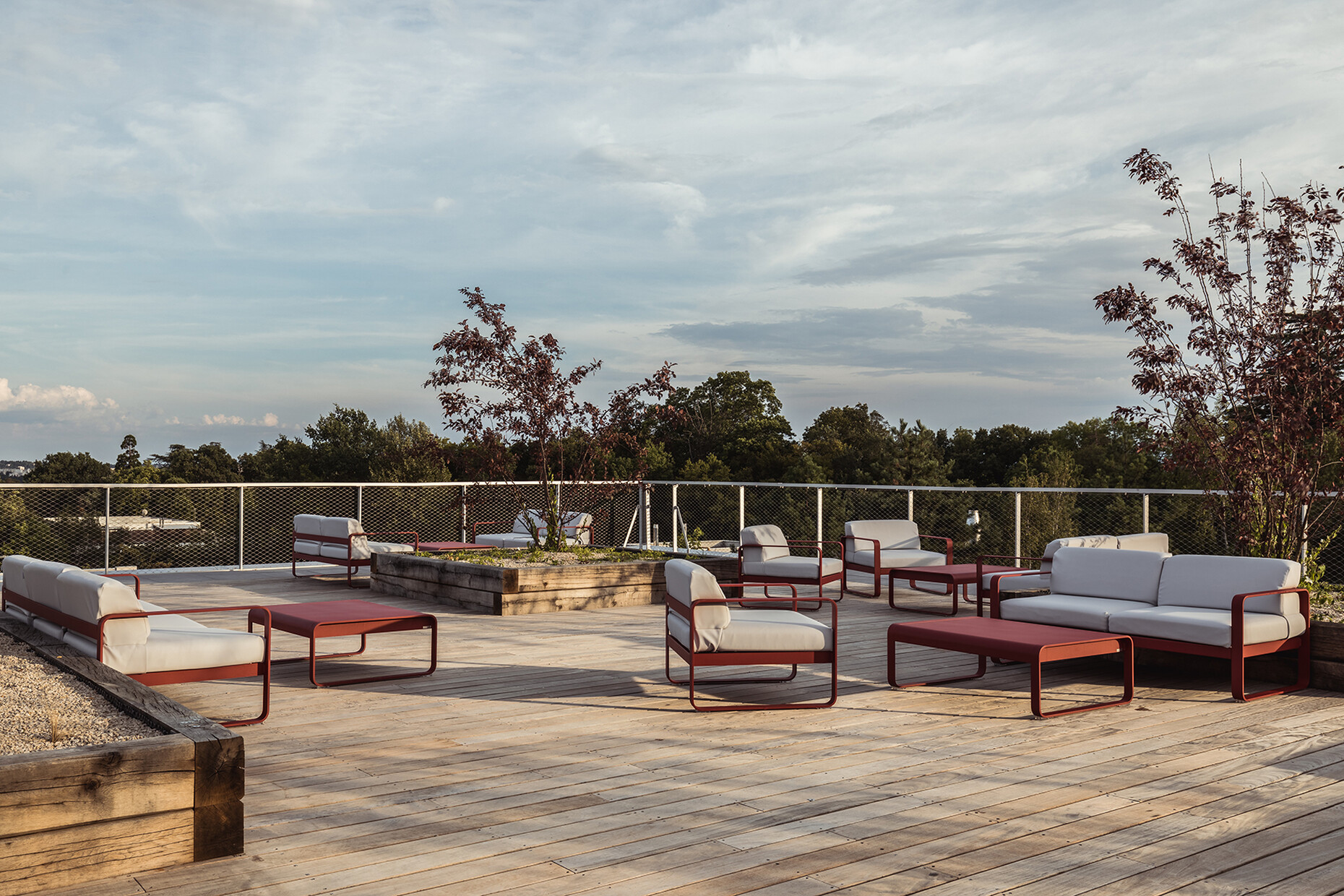 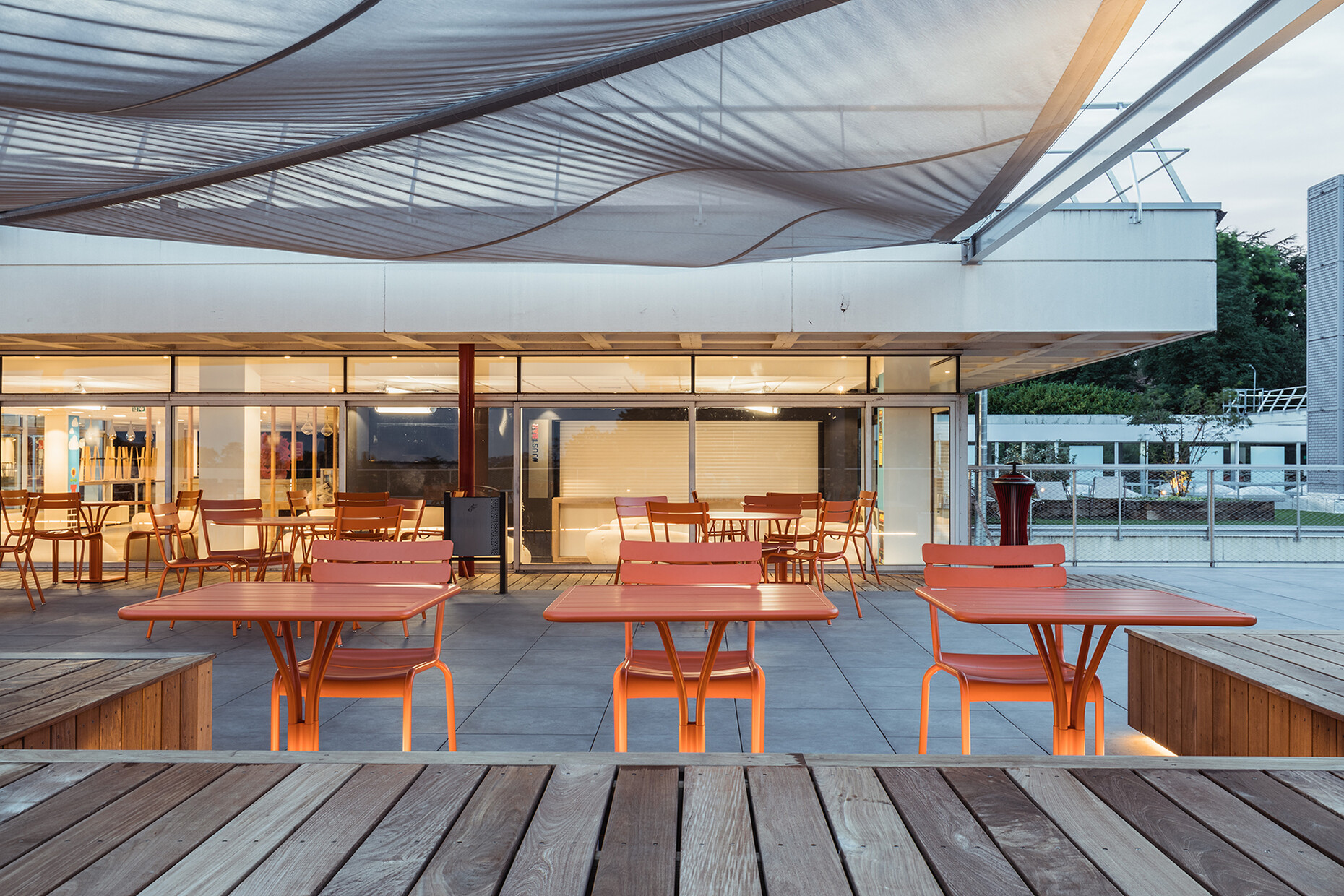 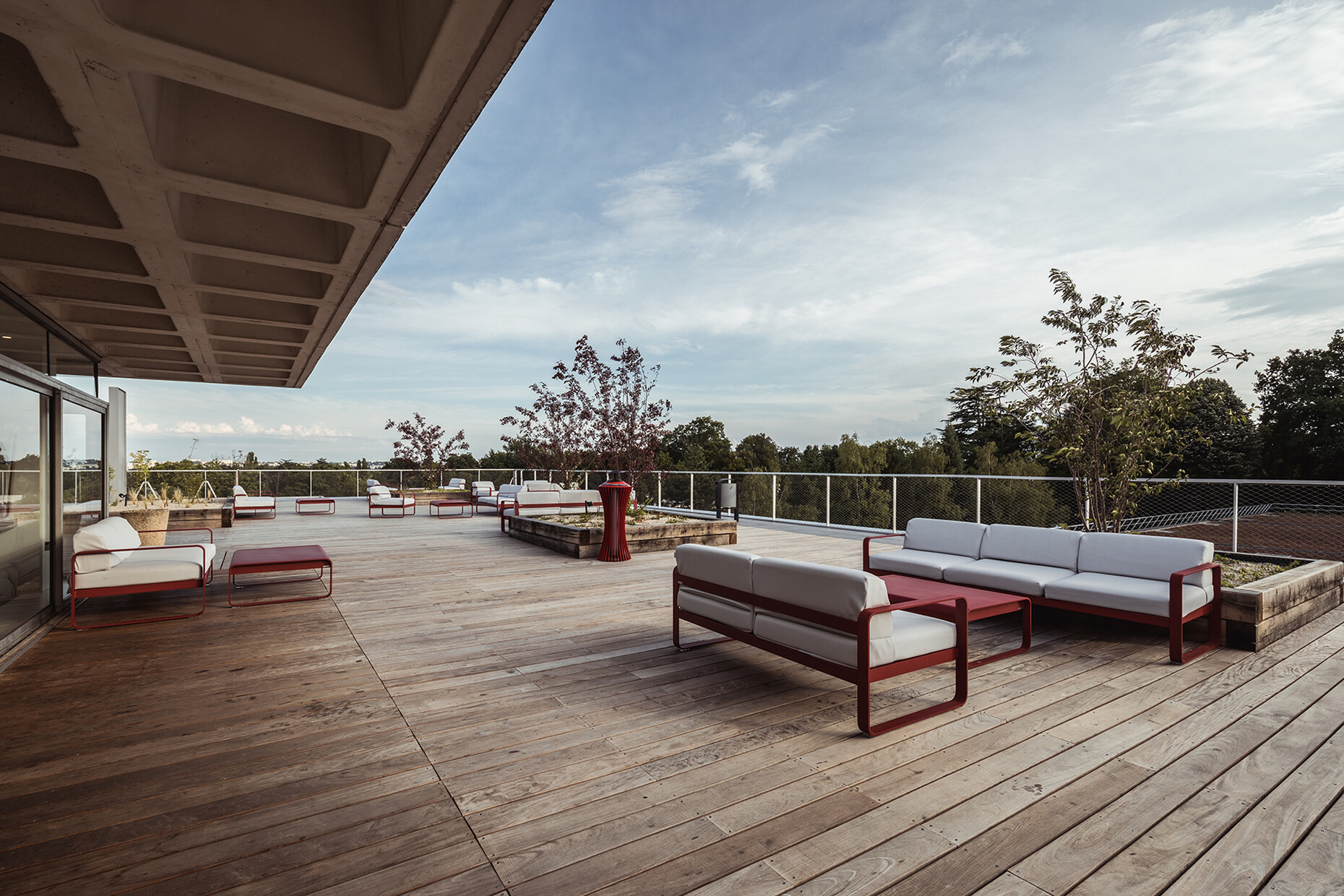 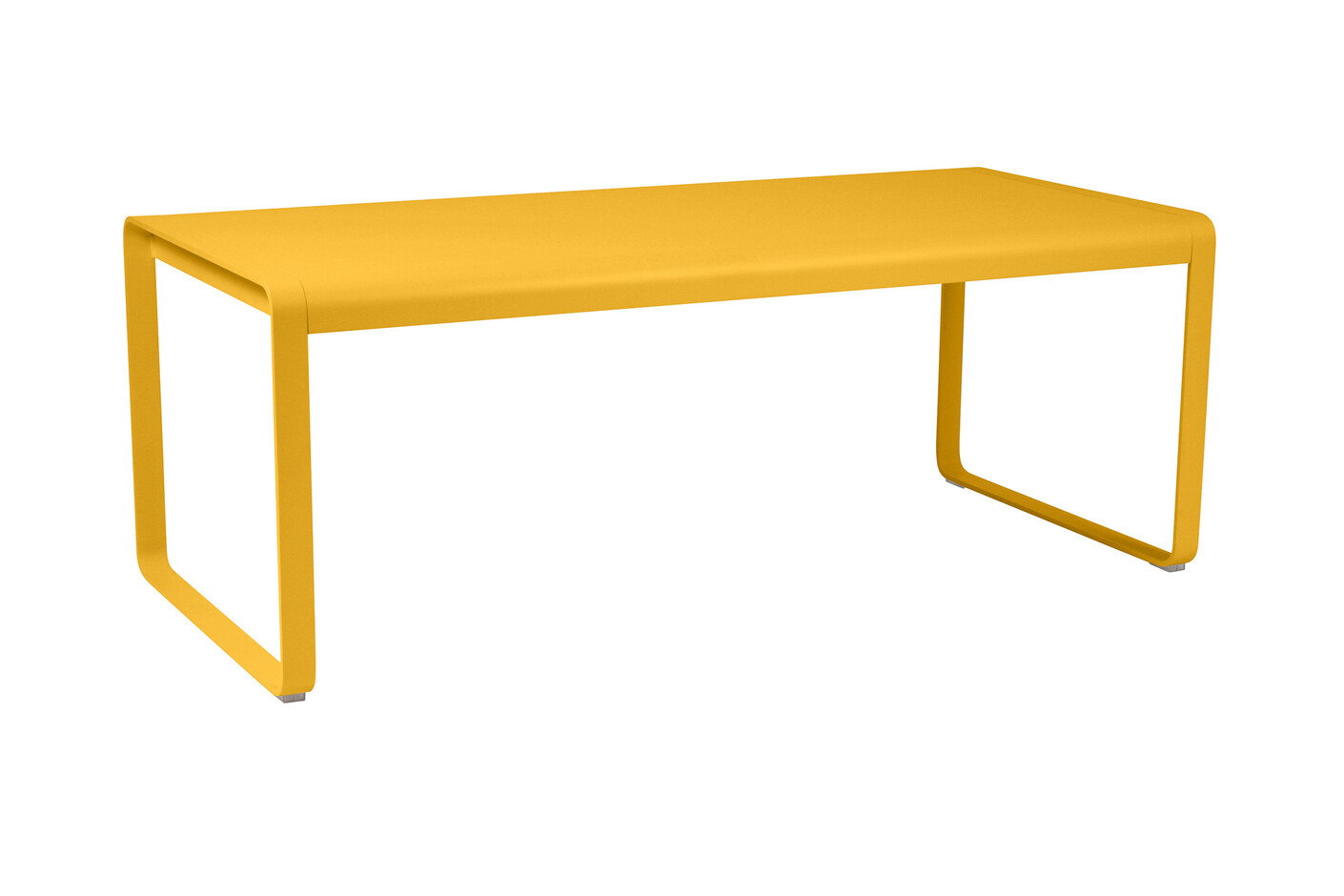 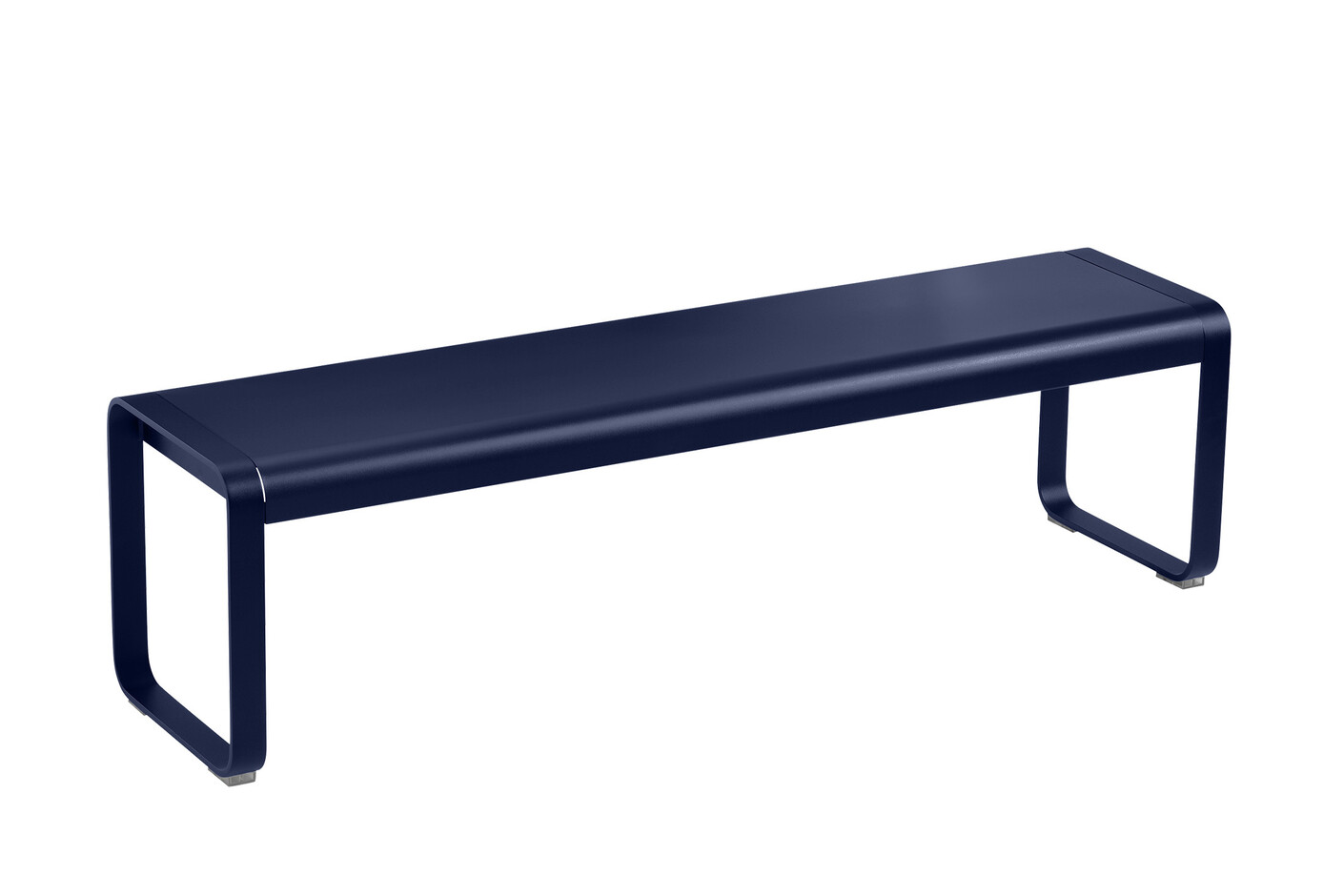 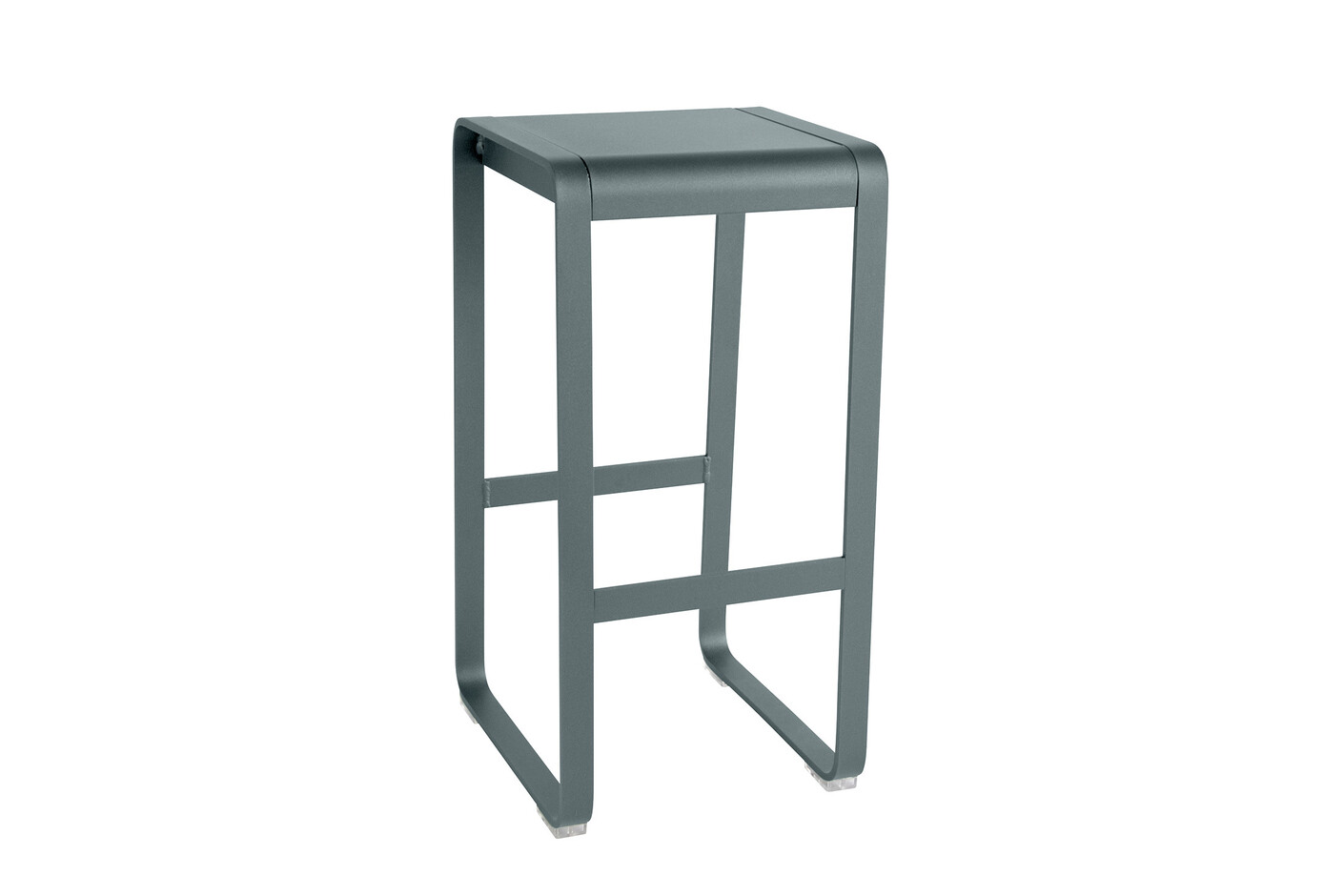 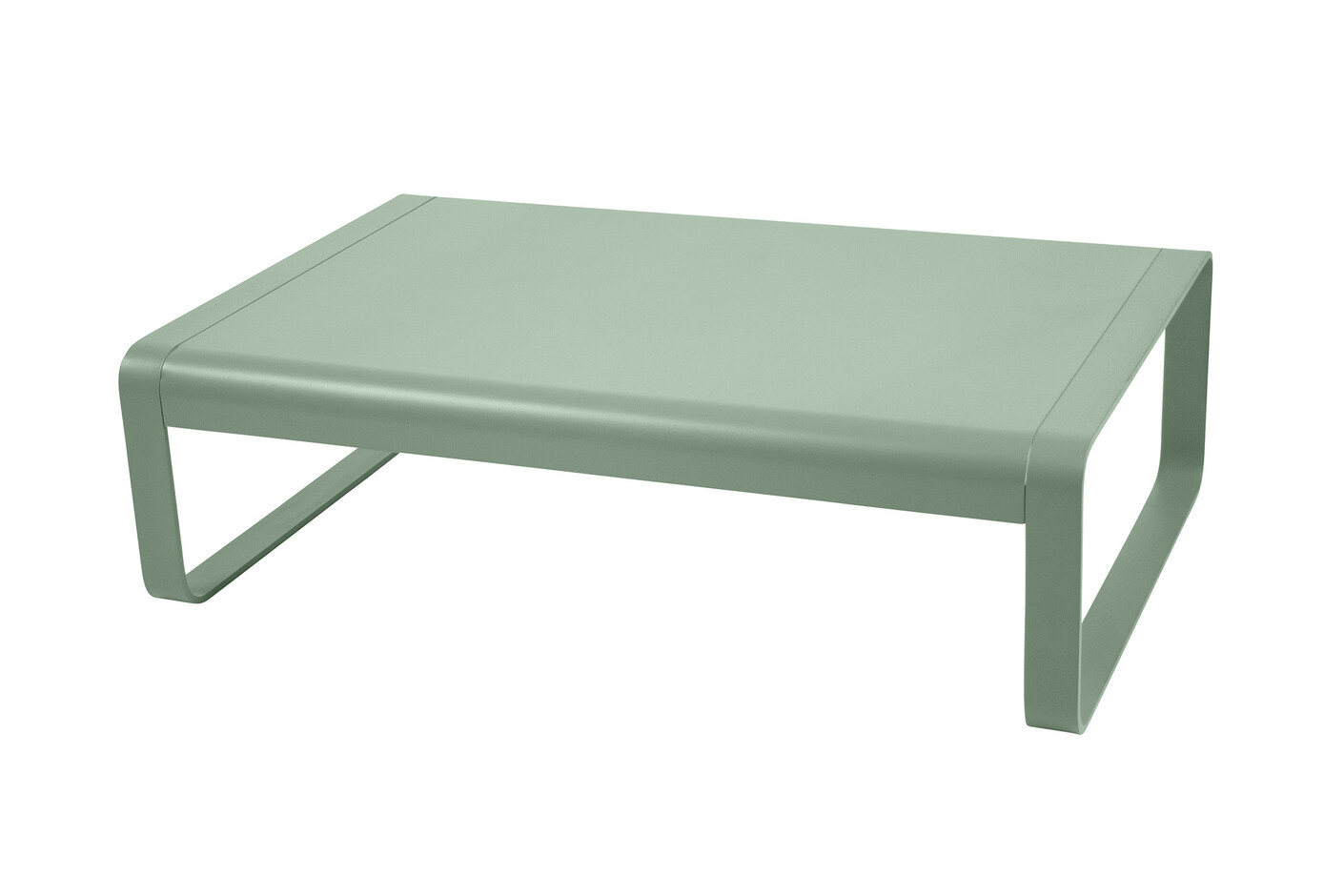 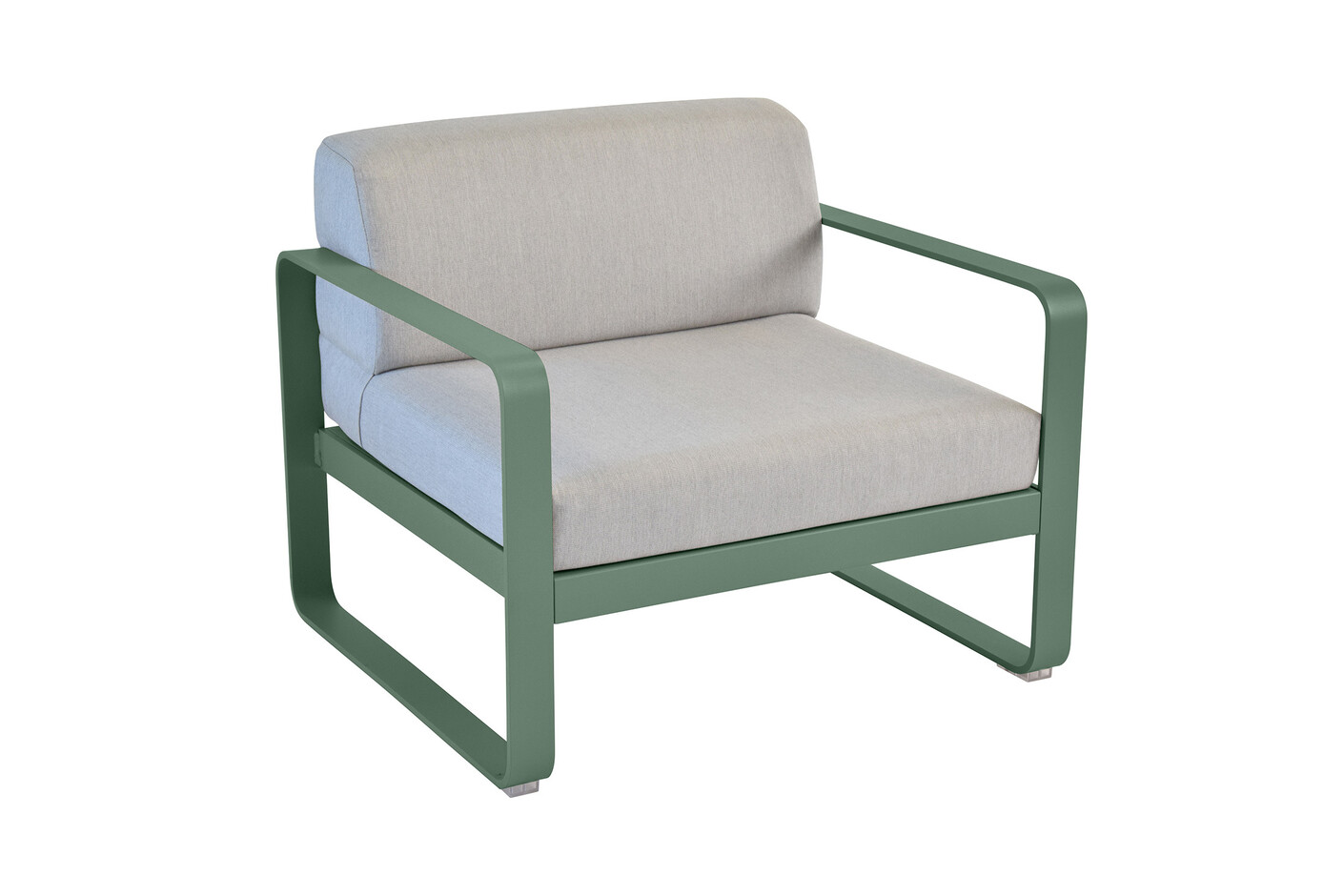 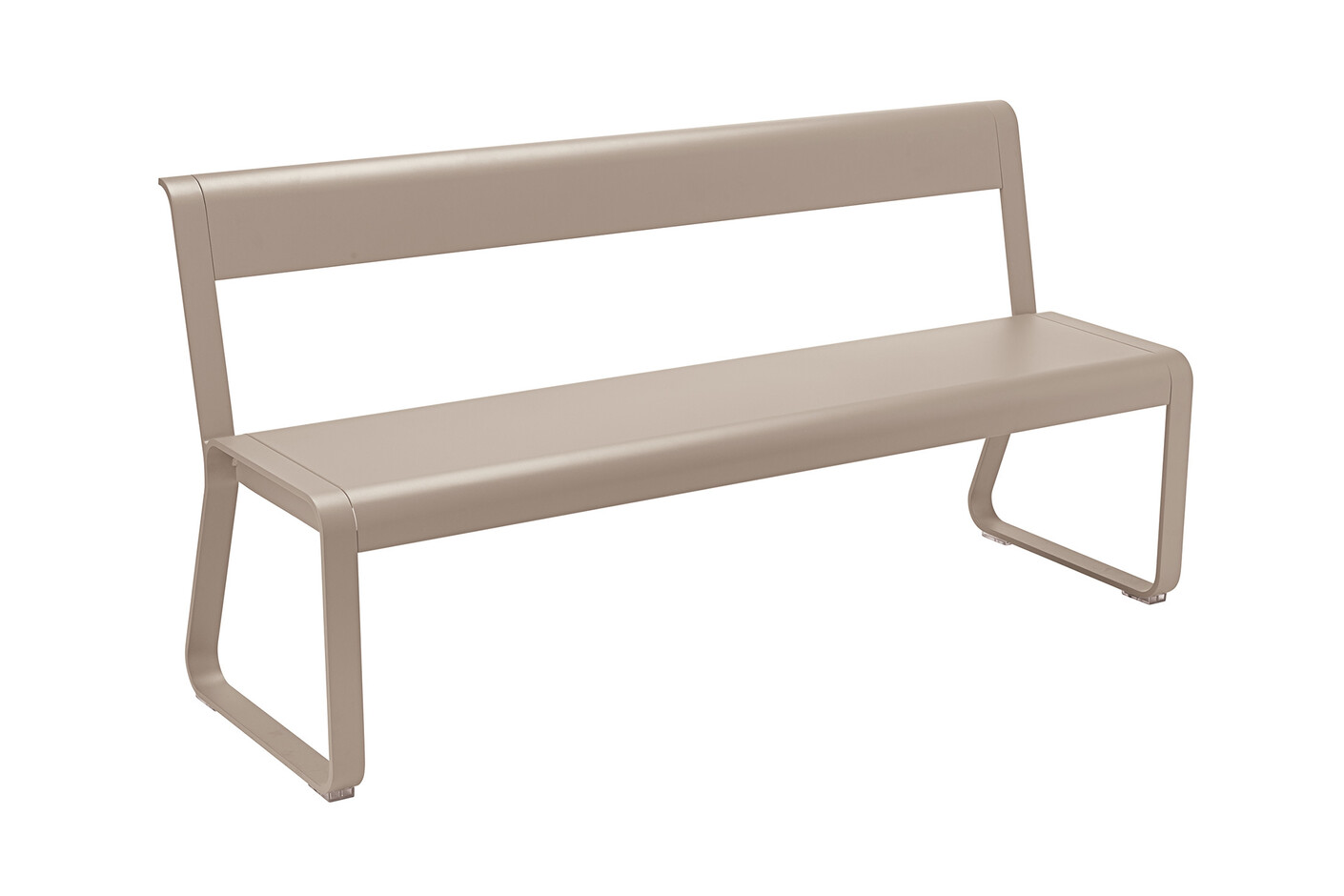 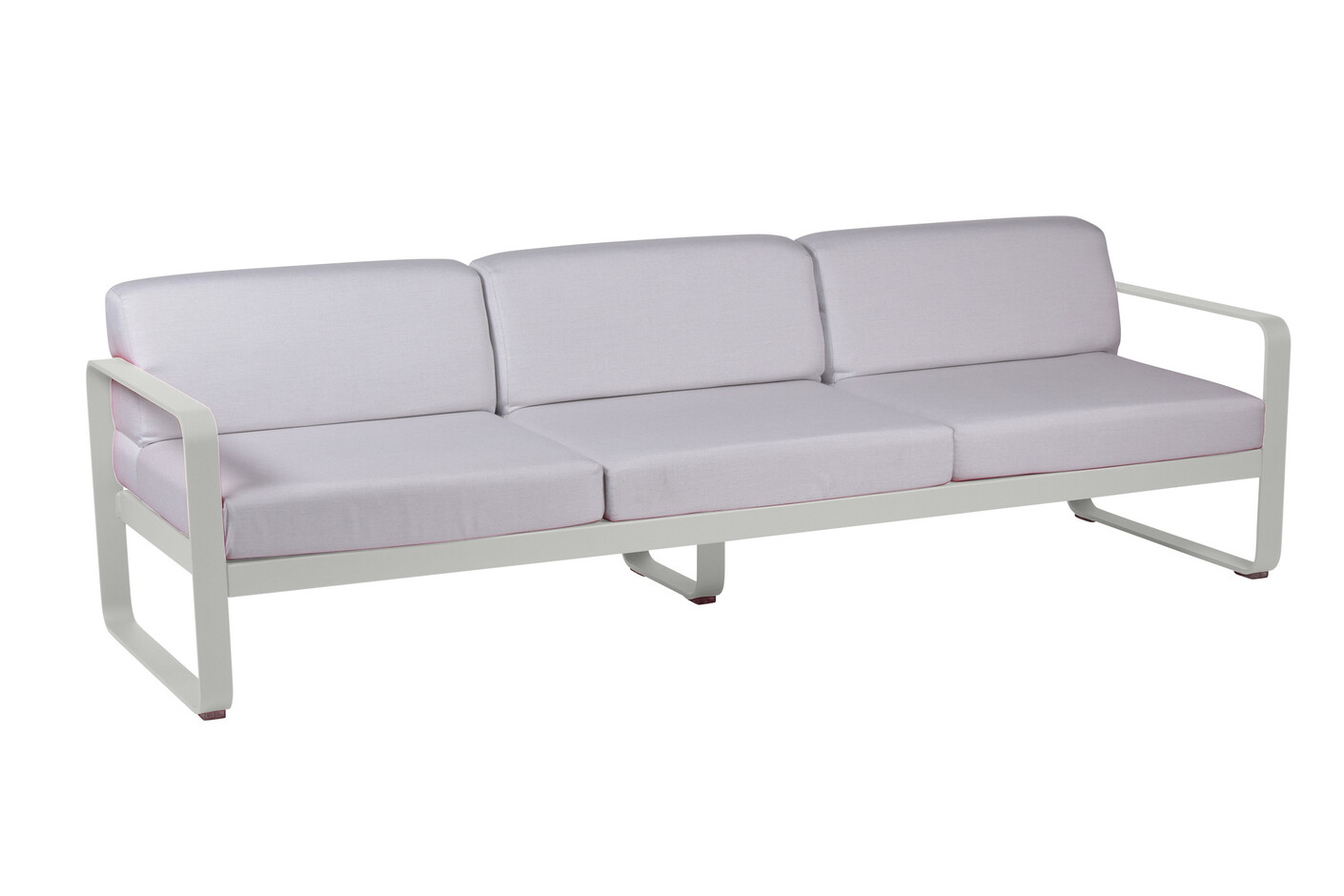 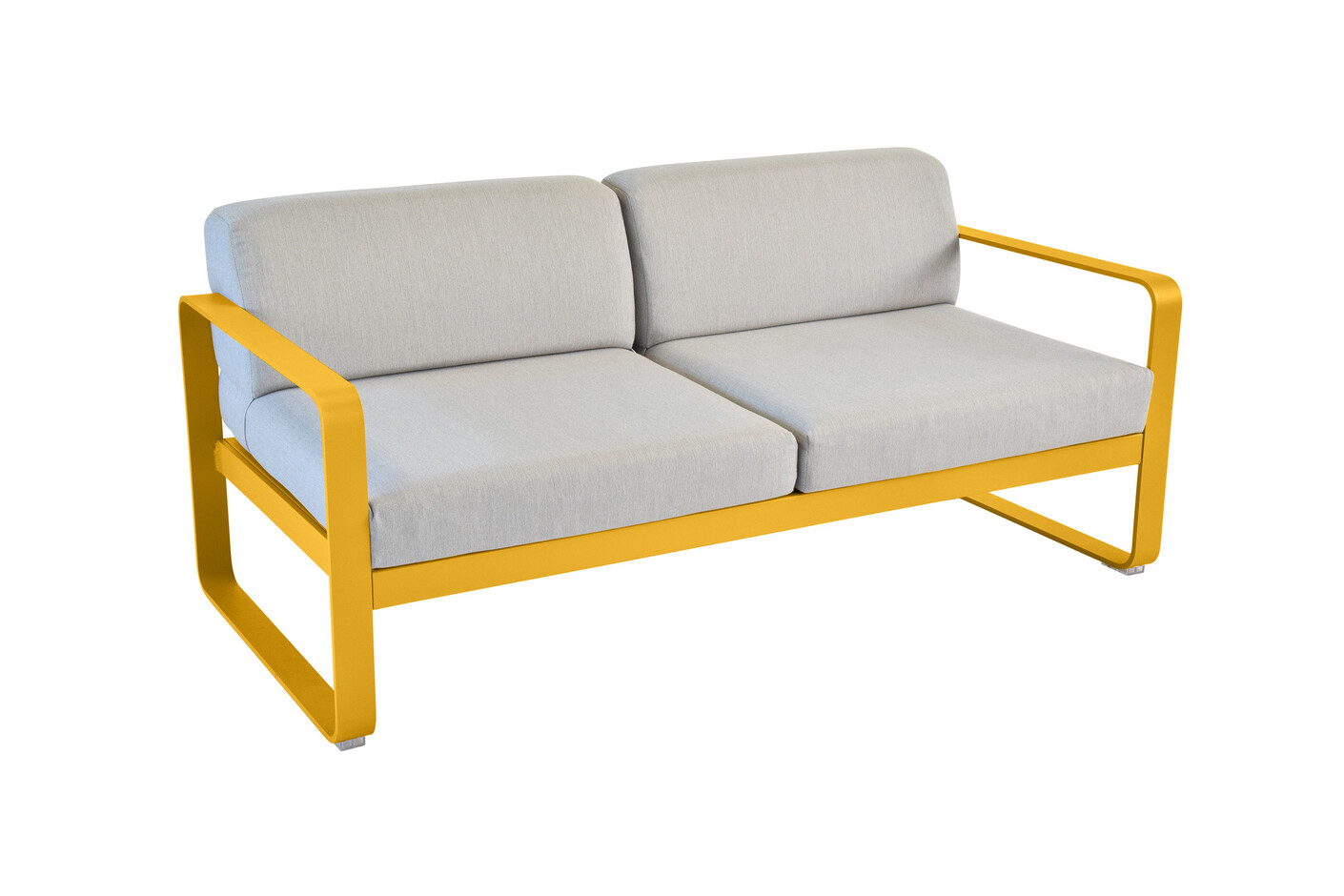 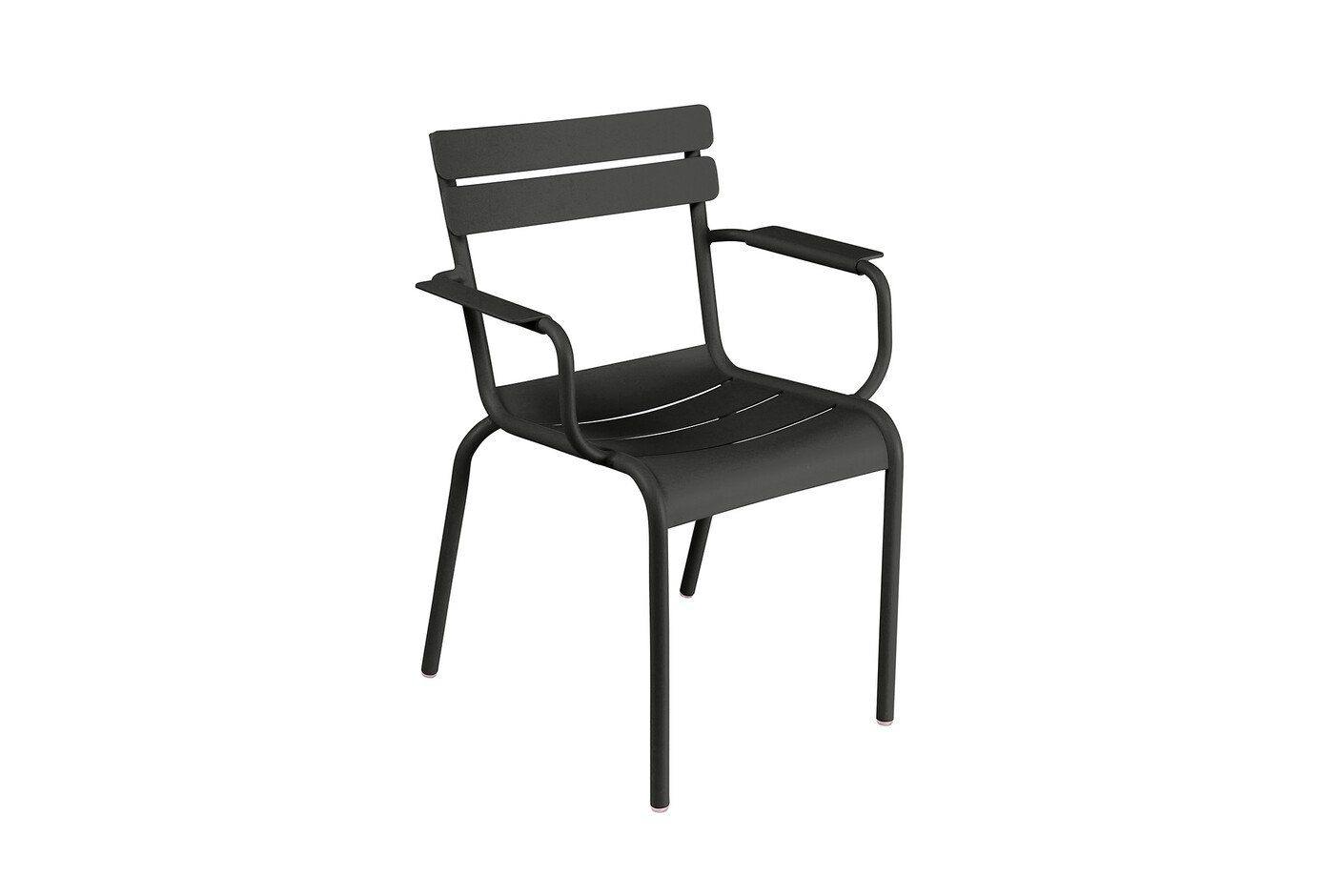 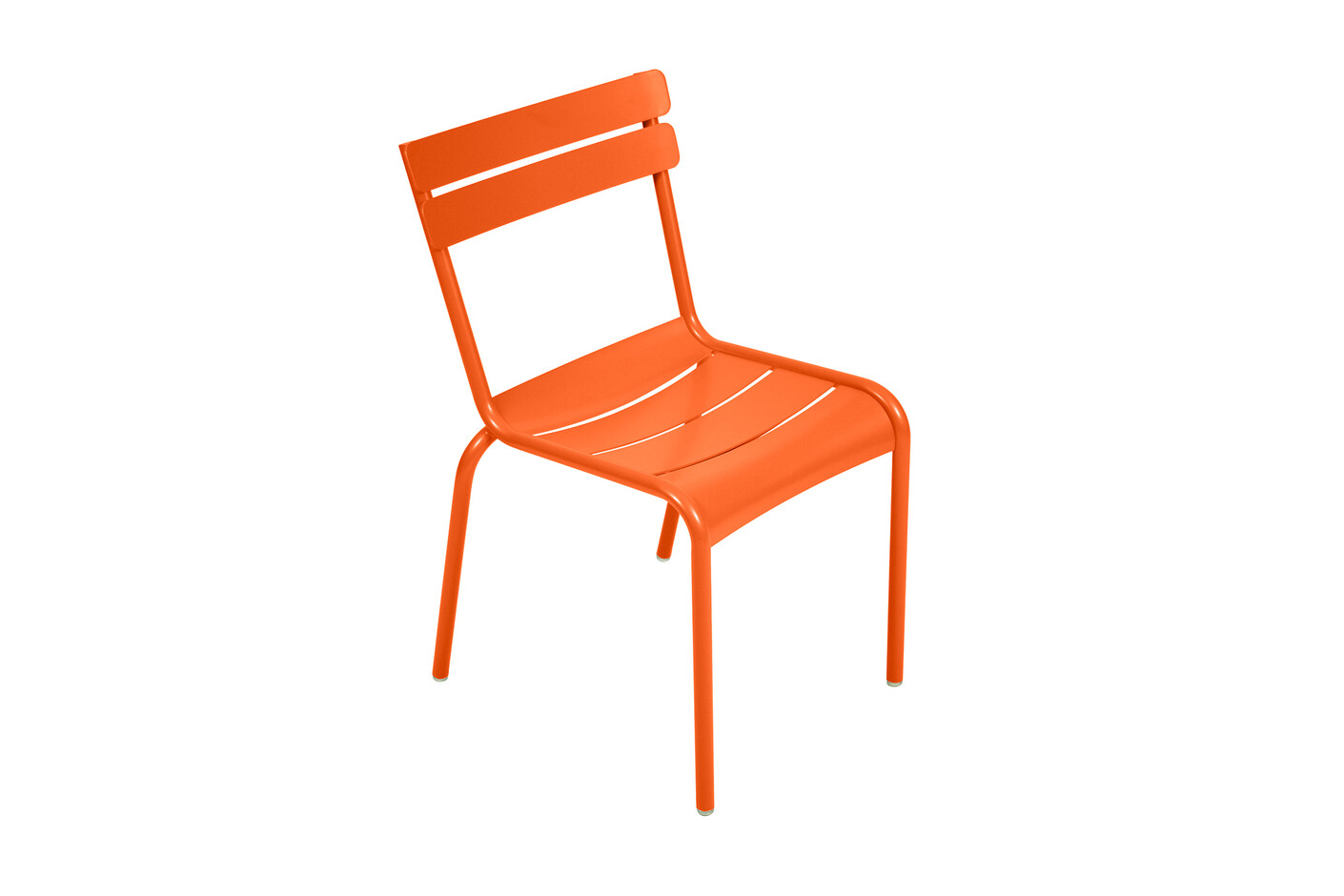 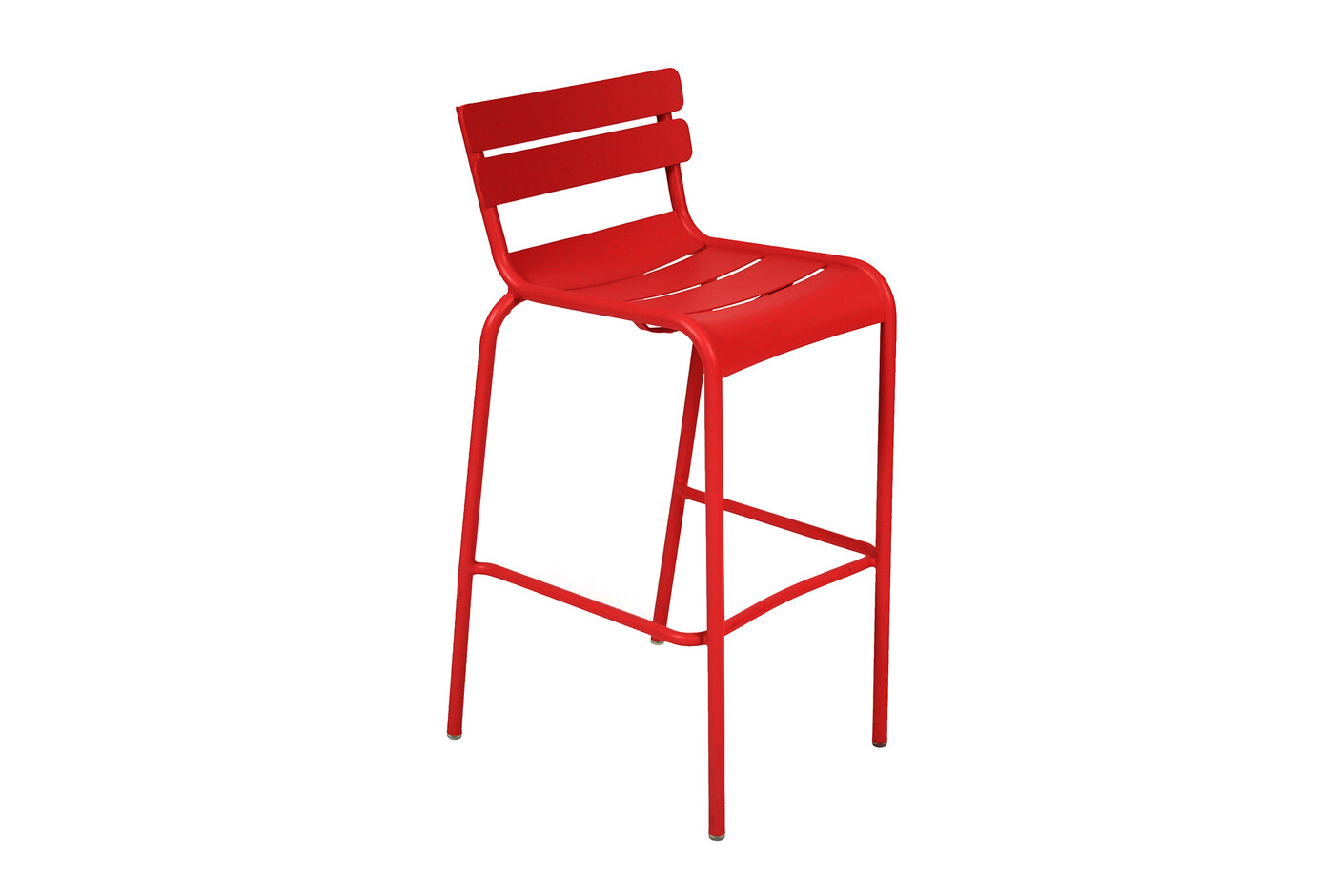 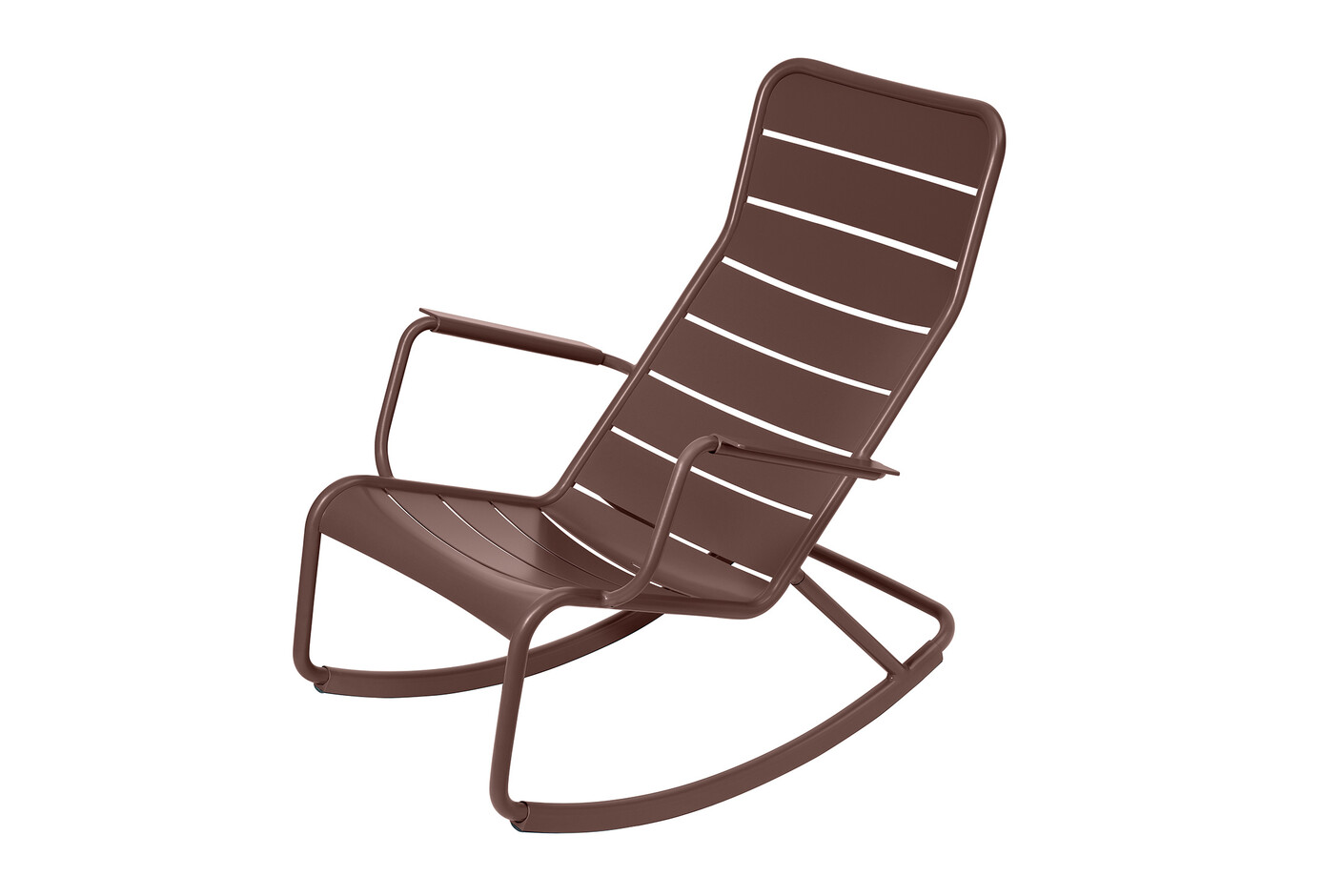 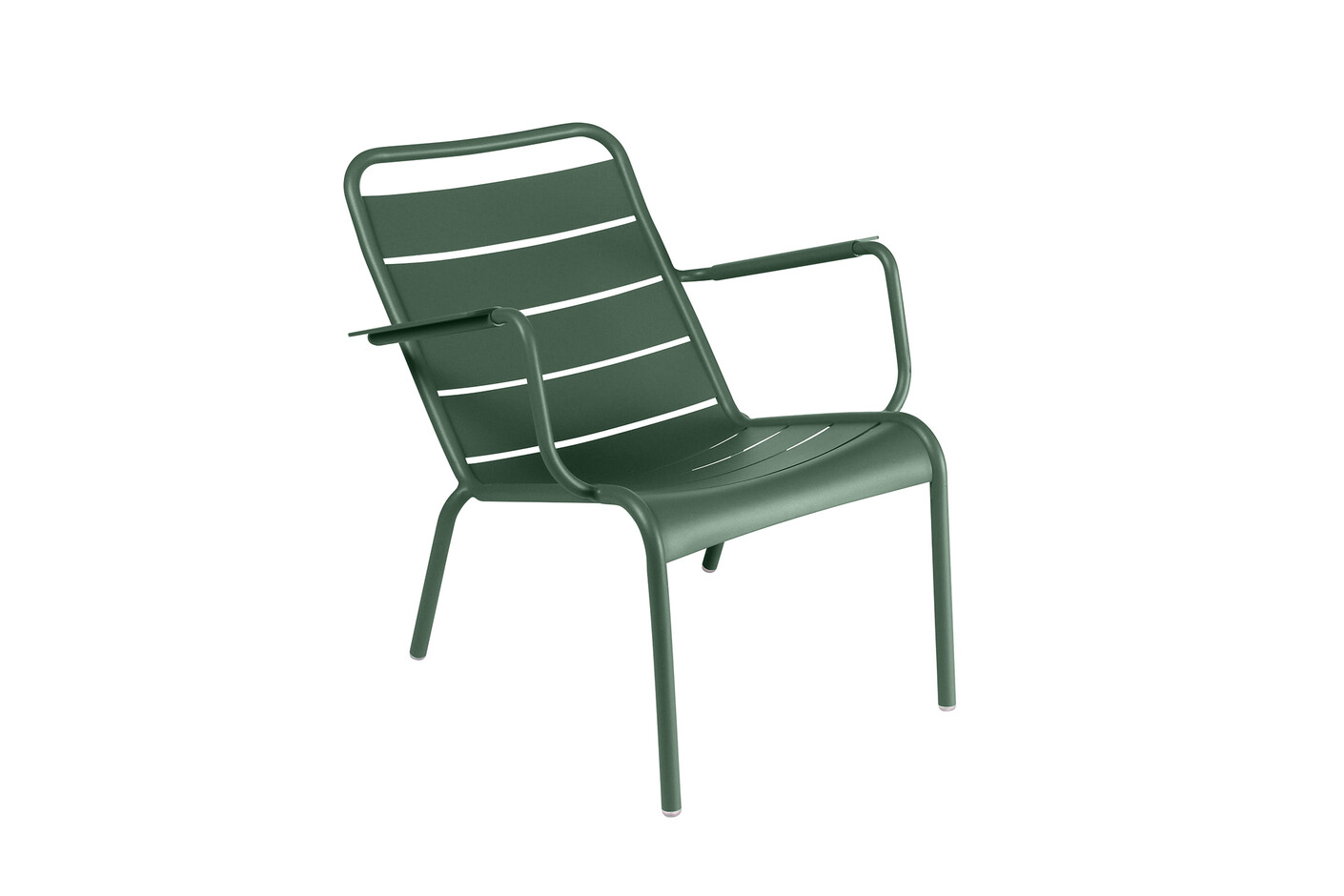 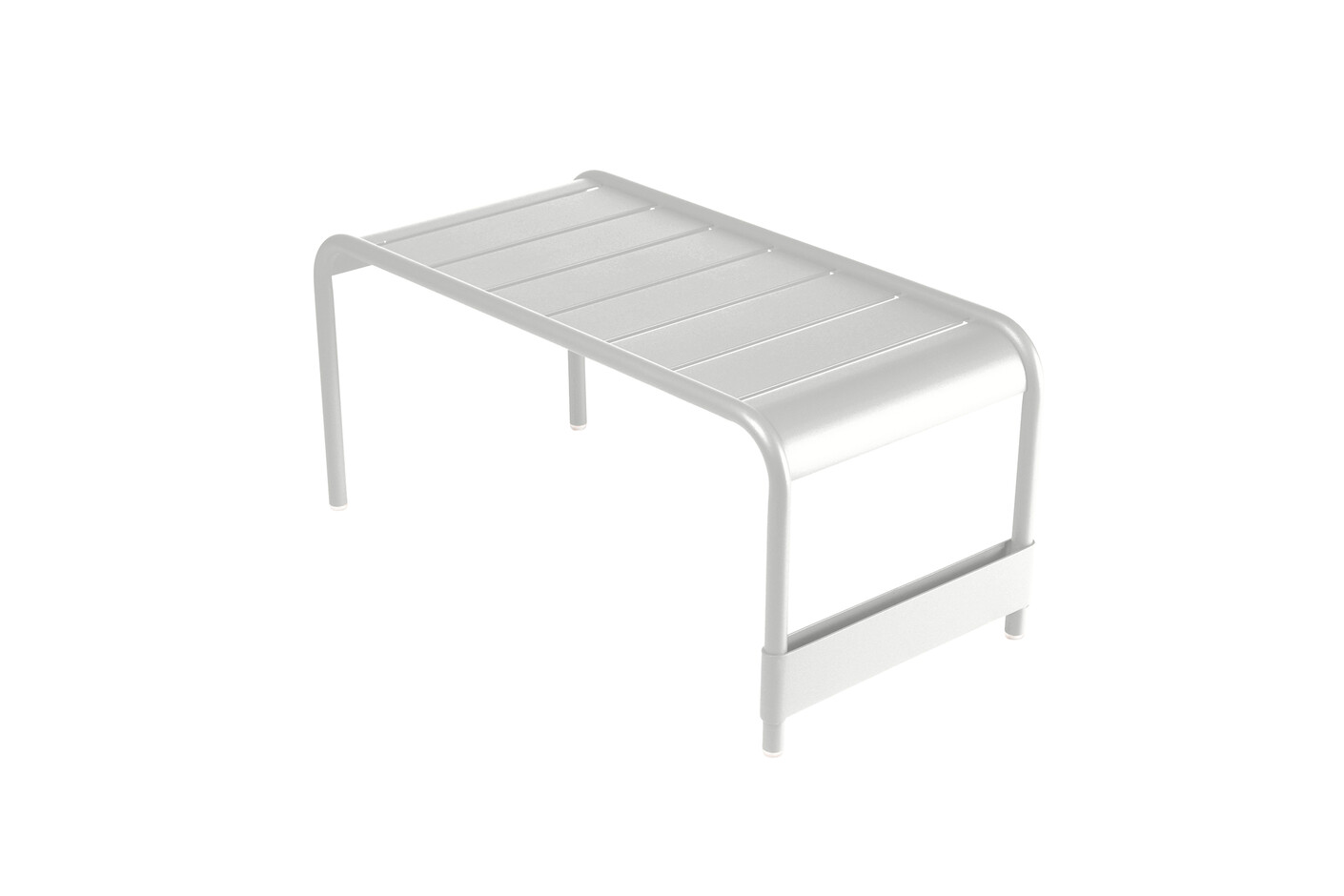 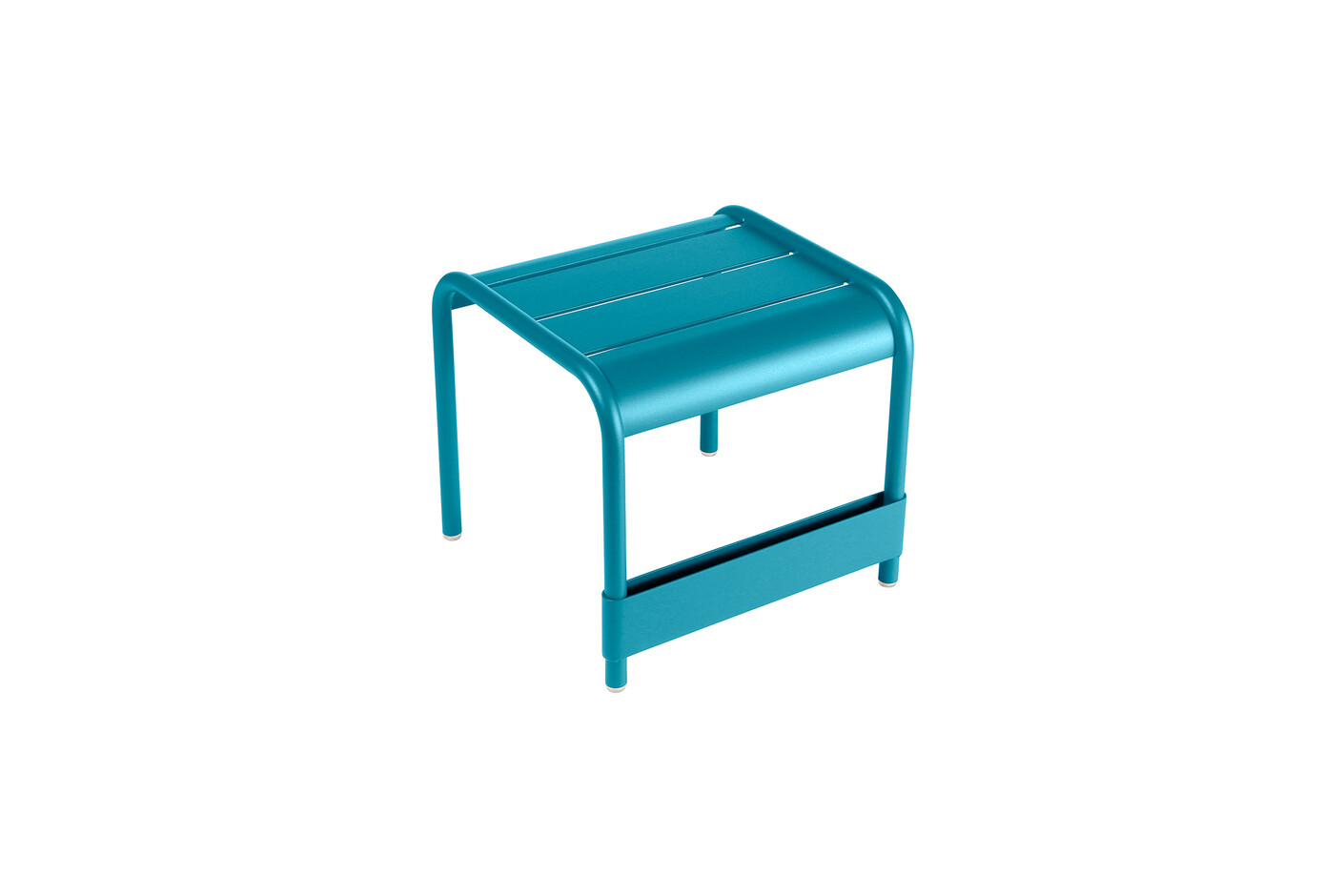 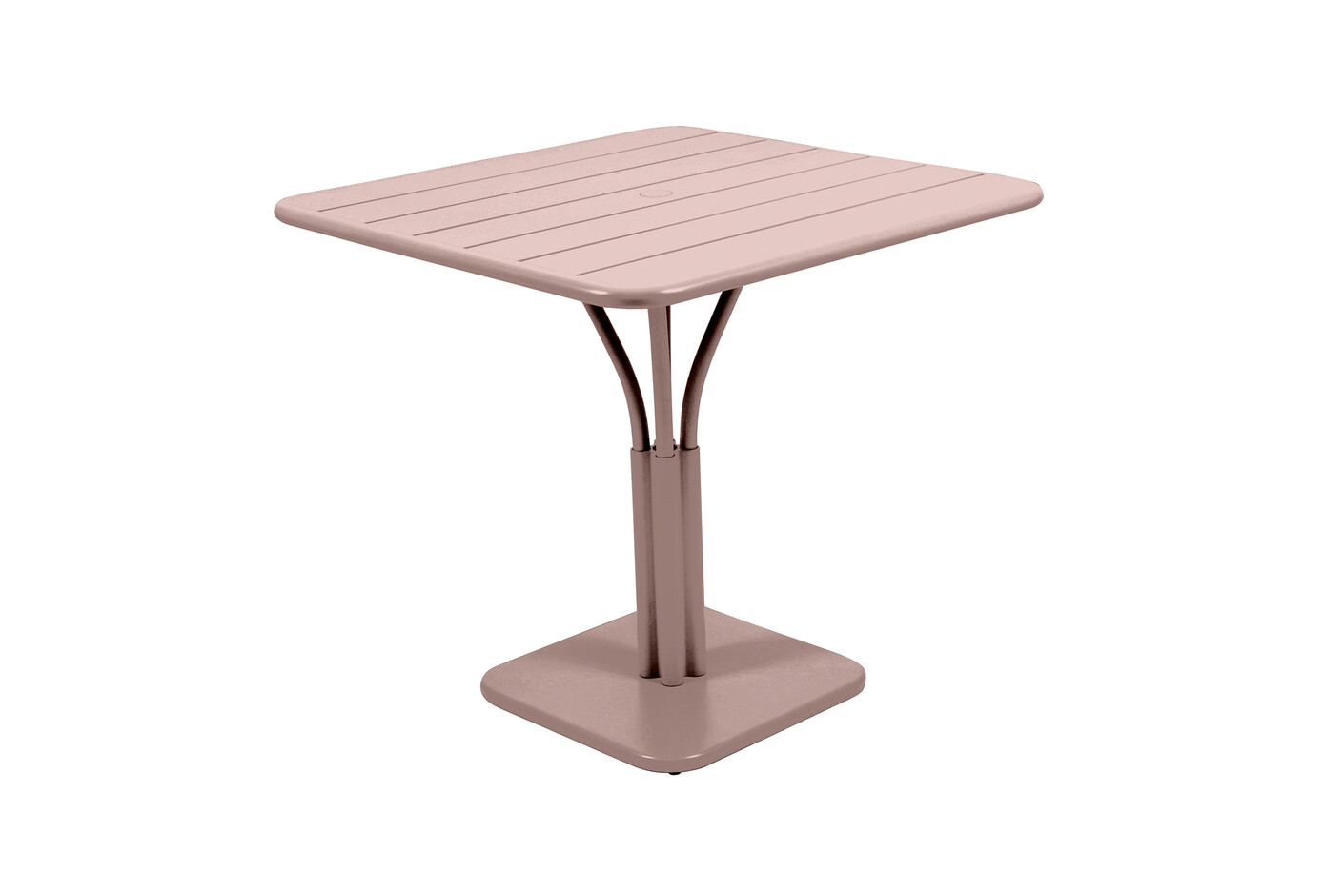 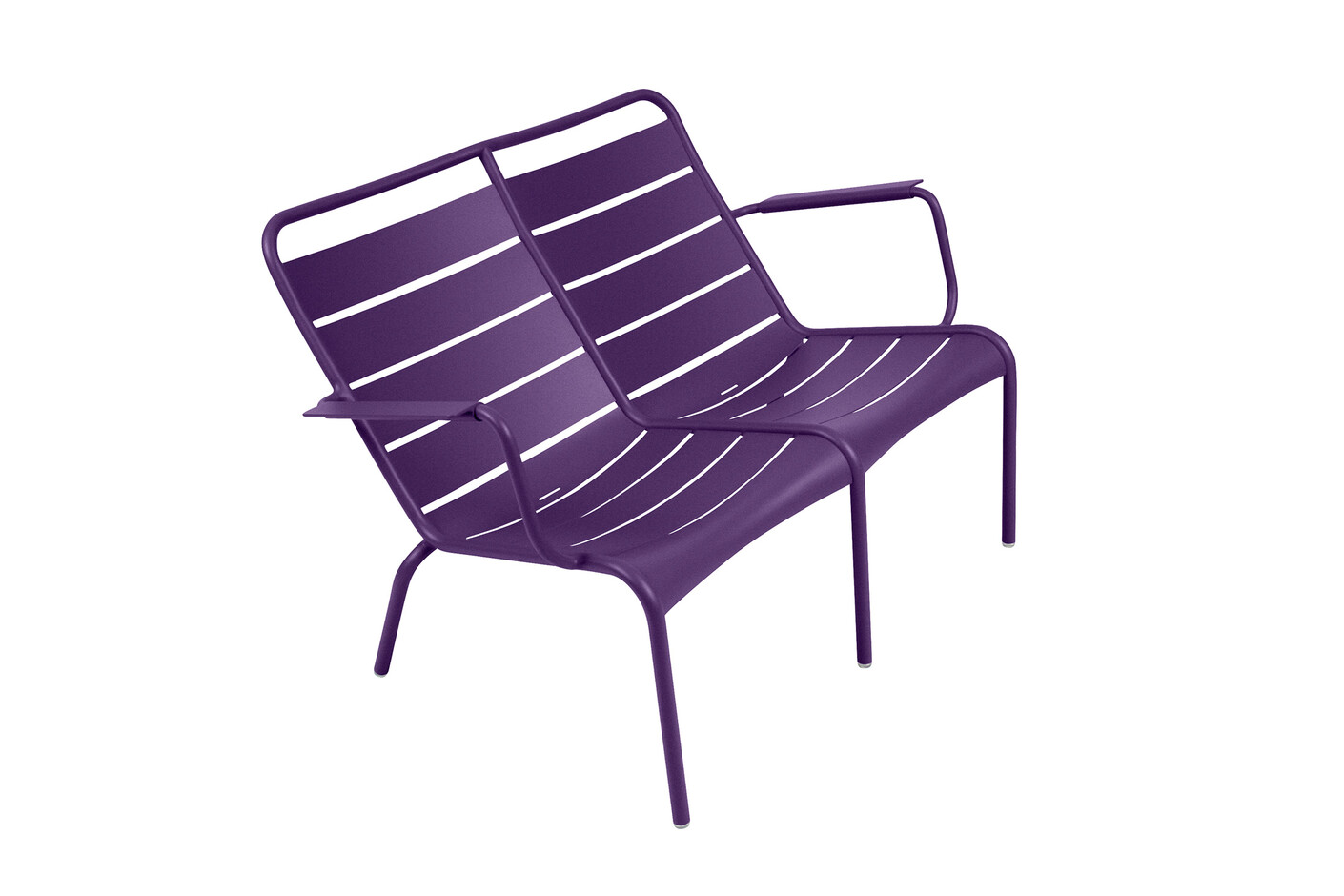 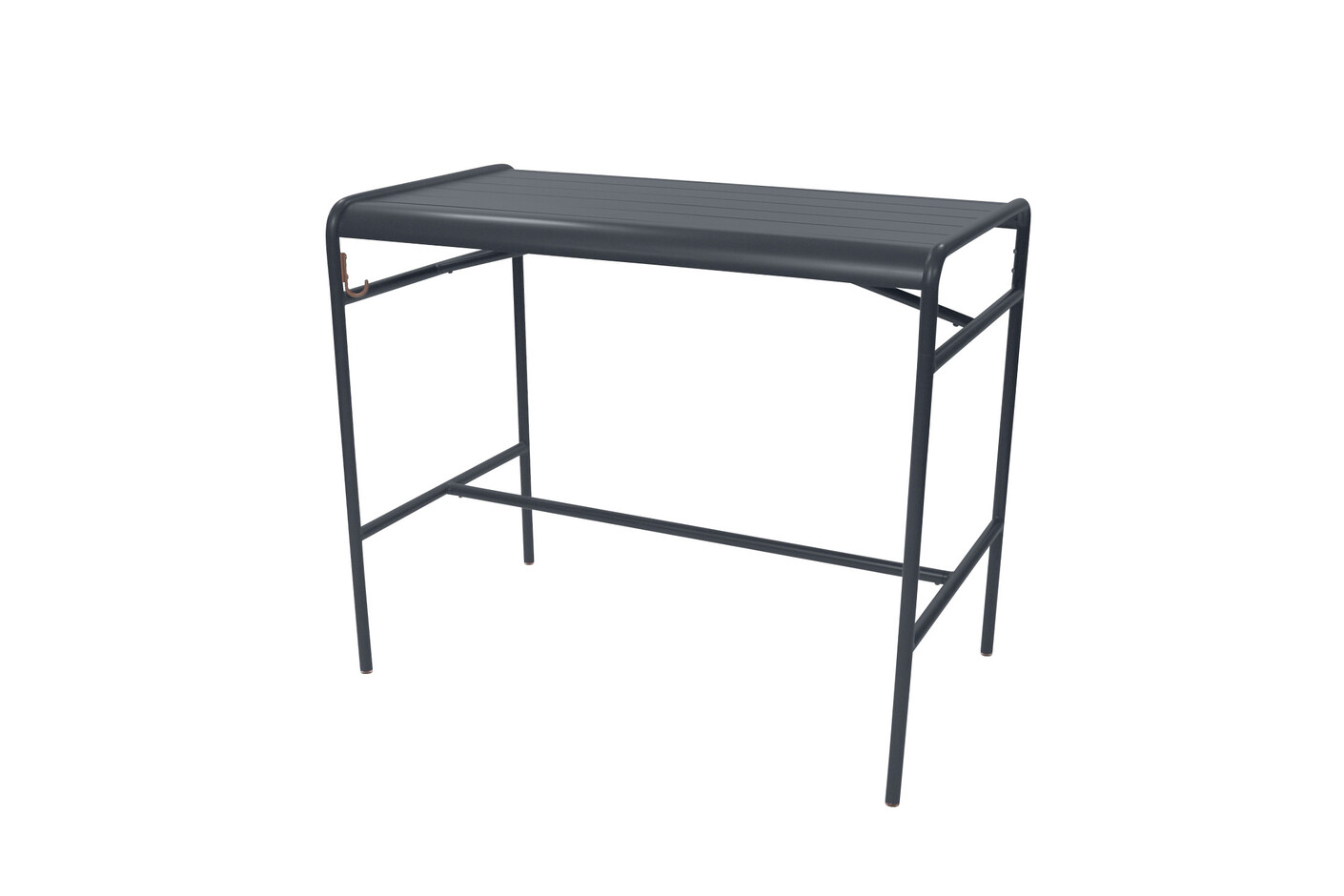 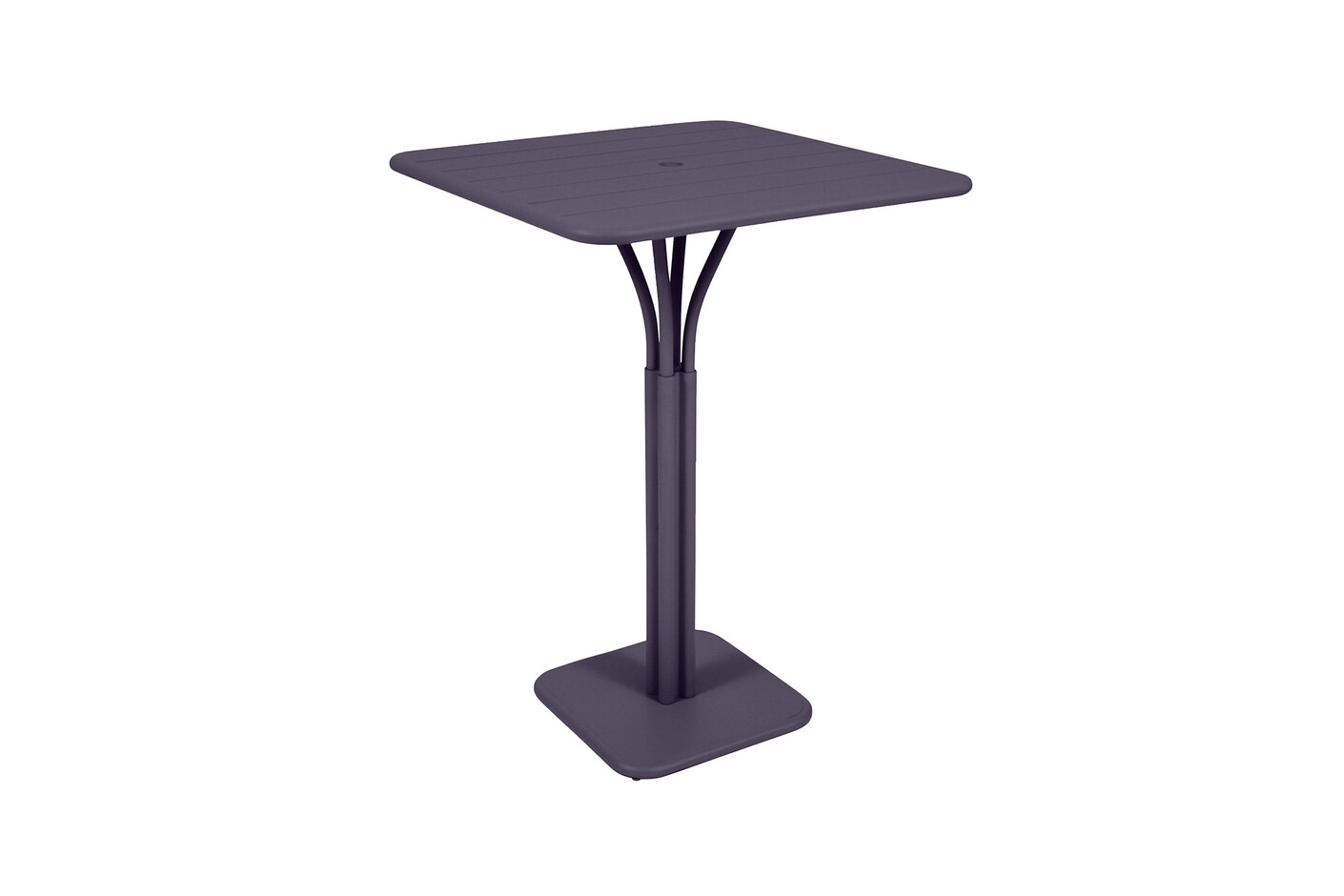 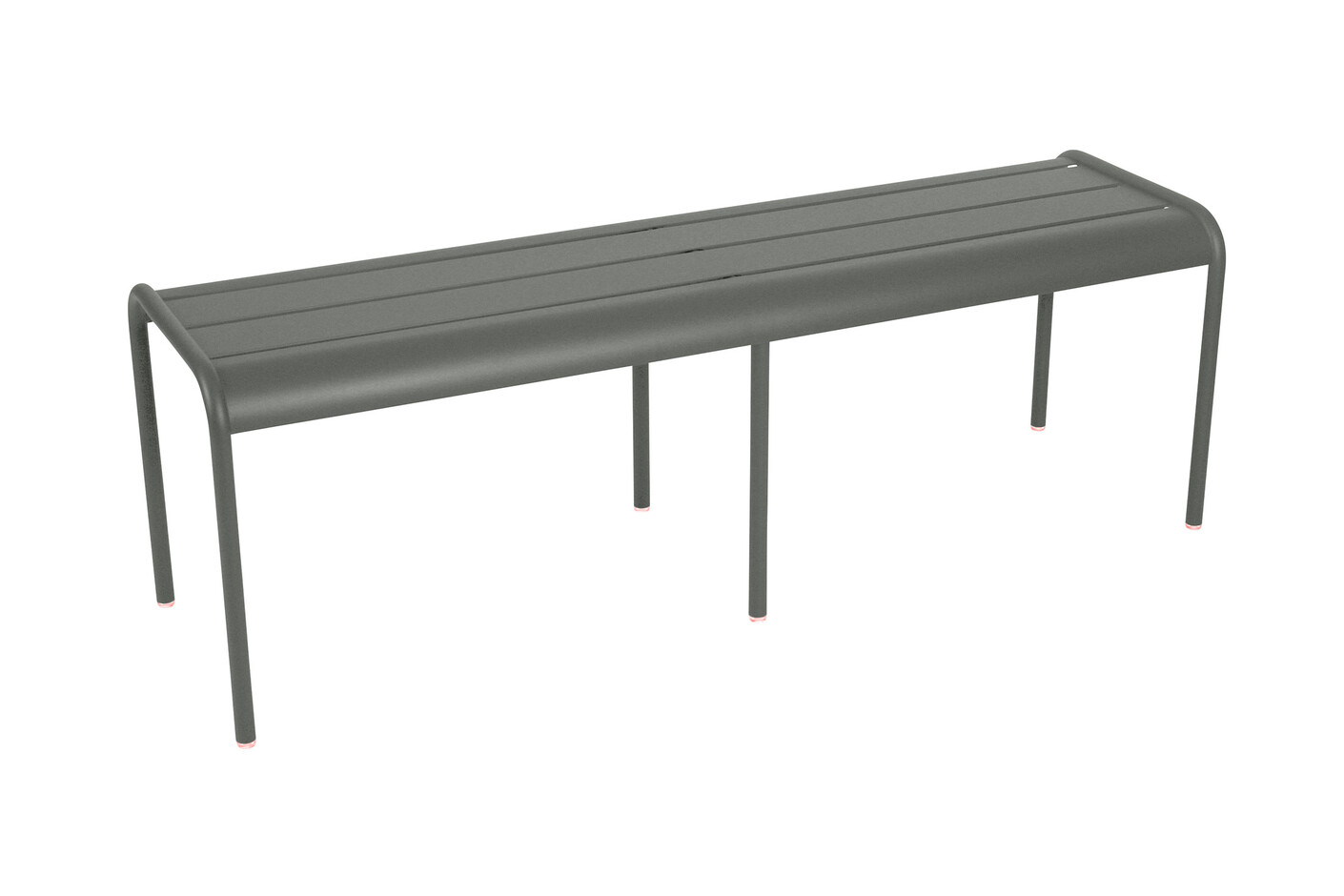 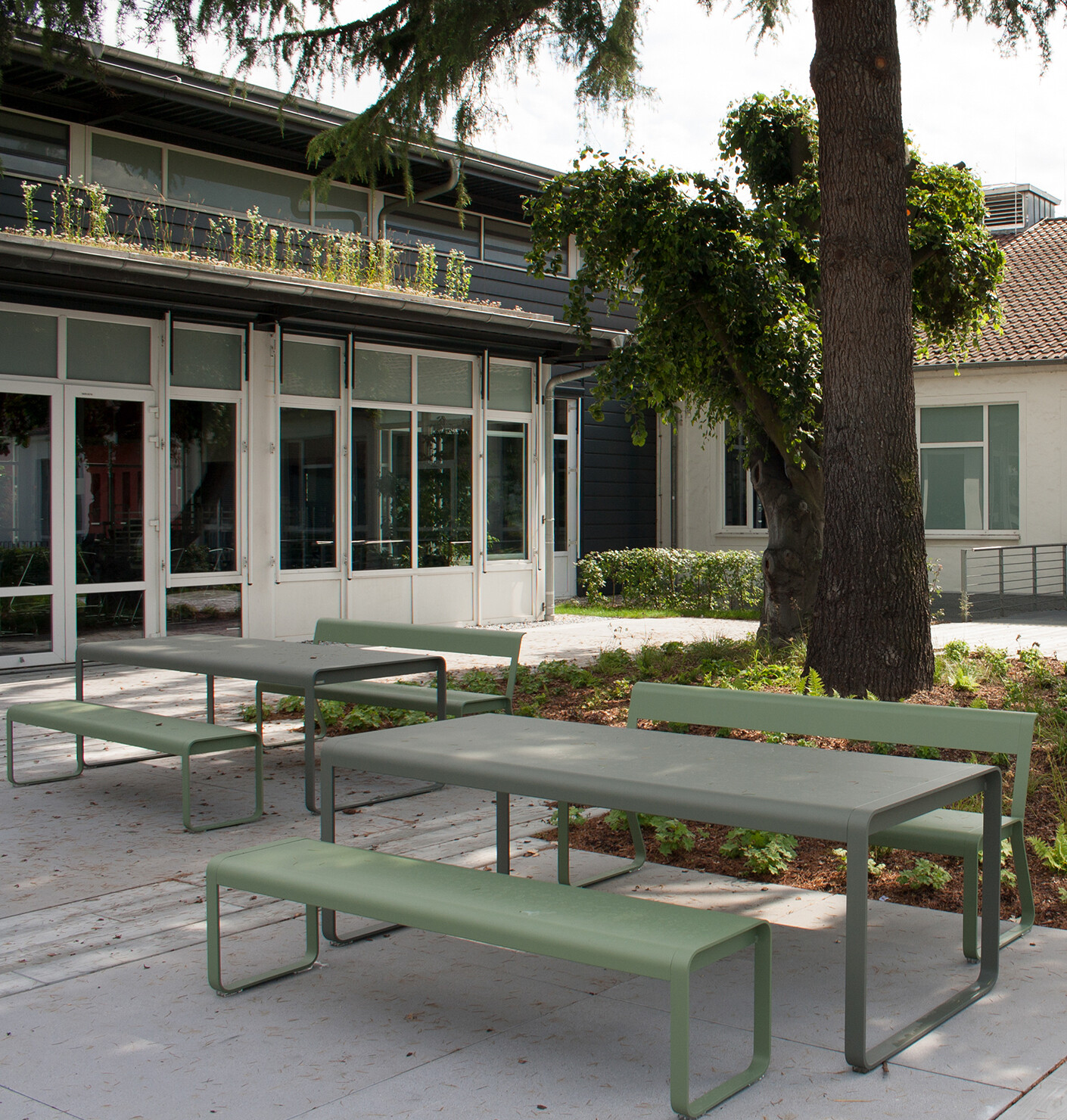 Green island on the technology campus

Customized outdoor furniture courtesy of Fermob for a patio area at the Siemens Plant in Karlsruhe.
Advertisement