The solo exhibition “Choreographic Objects” by US artist William Forsythe is on view at Gagosian Gallery in Le Bourget until December 22, 2017. The impressive piece entitled “Black Flags” and made in 2014, is part of the show. It consists of two industrial robots brandishing two large black flags in programmed perfection. Inspired by Asian calligraphy, Forsythe uses air as a creative element in order to bring the light nylon fabric into seemingly figurative gestures during a motion sequence lasting 28 minutes. The fact that the fluid movements of the robot arms are reminiscent of a perfect dance choreography in their elegant dominance of the space is no coincidence – William Forsythe is internationally renowned as a dancer and choreographer for his revolutionary contemporary choreographies. In his installations, films and interactive sculptures he transposes the organized movement of choreography into fine art. 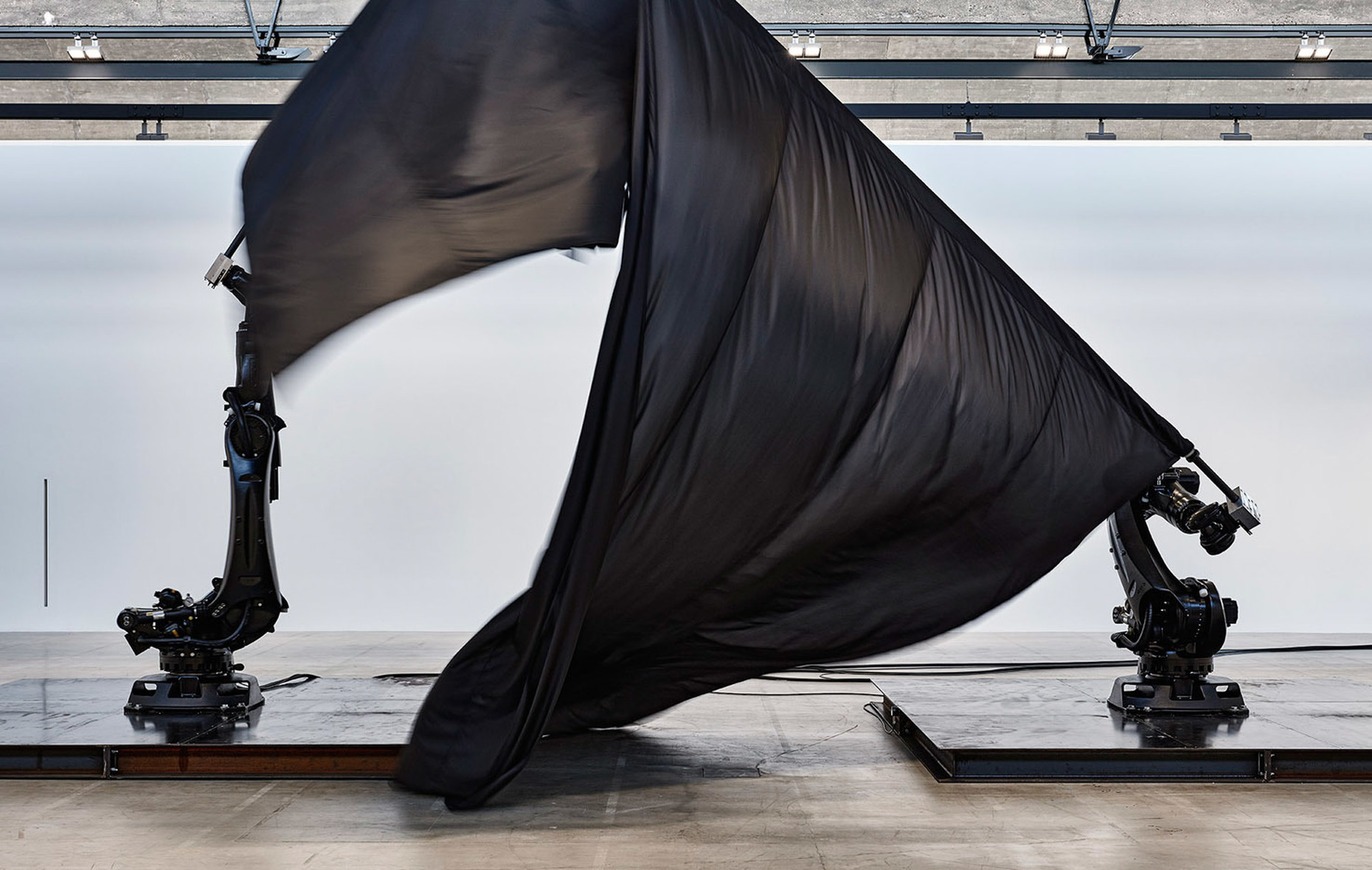