It all began in 1968. Arne Jacobsen won the competition for a new Danish Central Bank and subsequently planned the building down to the very last detail. His functional, extremely pared-down formal idiom was reflected in the fittings and, in collaboration with Vola, led to the now iconic KV1 one-handle mixer.

The latest Vola catalog, which has just appeared, shows that though Jacobsen’s design has since been advanced in many ways, it is still based on simple geometric shapes. Over a period of almost 50 years a range of products has emerged that Jacobsen could not even imagine. The catalog also illustrates the transformation undergone by bathrooms and kitchens, which have long since no longer merely been simply functional spaces. Sober wet cells have given way to luxurious wellness bathrooms, and practical fitted kitchens metamorphosed into elegant kitchen blocks, which as major elements now influence living areas as well.

With this trend towards spacious rooms and a minimalist formal idiom, every detail counts. The Vola catalog shows how in today’s kitchens, the fittings have become sculptural elements on a marble kitchen block, and bathtub faucet pipe a free-standing object in a wellness room. Purely functional fittings have become important design details in interiors, and the choice of materials has also changed definitively. Alongside classic chrome and the 14 different striking colors, brass, stainless steel and a selection of metallic colors from copper and gold to black chrome are now available. As such it is possible to set powerful accents in interior design, as the projects featured in the catalog demonstrate.

Based on basic geometric shapes, the design of the Vola fittings enables new products to be added to the series, in particular in spas and washrooms. Soap dispensers with sensors for touch-free use, circular paper dispensers and waste containers, not to mention showers and water fall showers are typical contemporary variations on the Vola design. These new products and the striking fittings were used, for example, in the Mandarin Oriental Hotels in London and Hong Kong, in the Armani Hotel Duba, and in the Stedelijk Museum in Amsterdam. Be it luxury hotel, museum, or office building, to suit the relevant setting internationally renowned firms of architects such as BIG, David Chipperfield Architects, and Jean Nouvel plumped for Vola. And in the Victoria and Albert Museum in London Arne Jacobsen’s fittings are exhibited not only in the design collection, but also used in the washrooms. Thus timeless, functional and attractive design proves its worth. (rw) 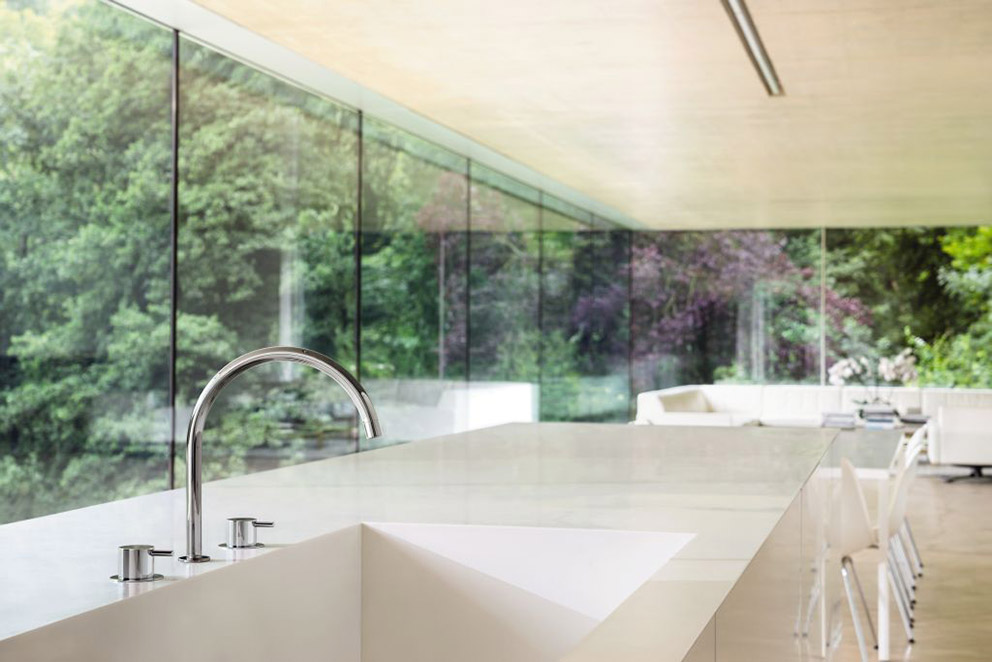 Kitchen blocks as part of the living environment direct our attention to the fittings. Photo © Vola 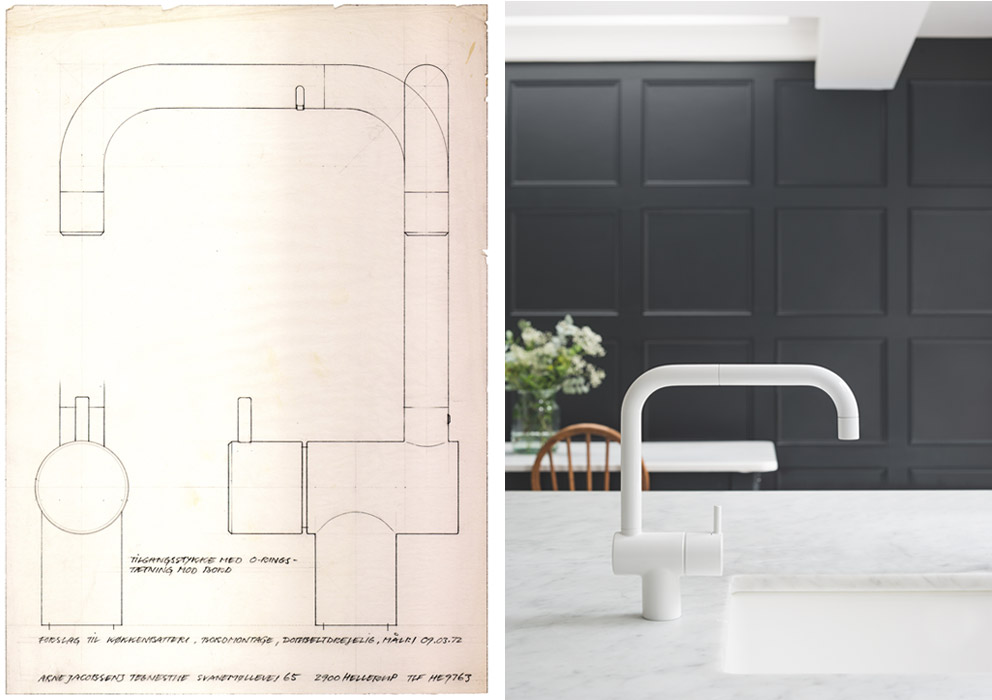 The KV1 one-handle mixer by Arne Jacobsen has become a timeless classic; Vola has been producing it for nearly 50 years. Photo © Vola 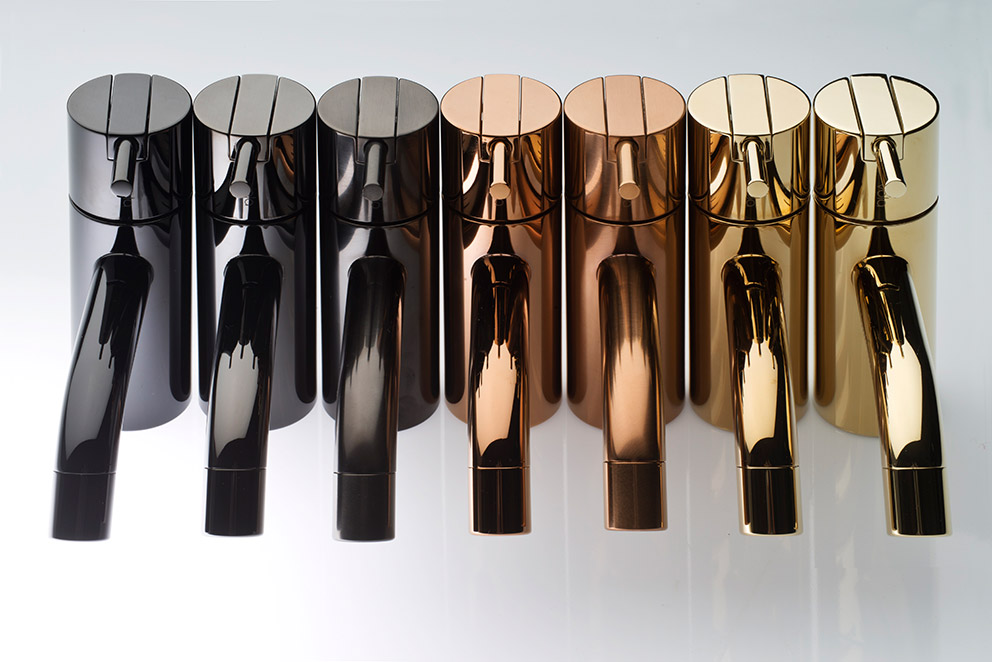 Its shape has stayed the same, just the range of colors and materials has been extended. Photo © Vola 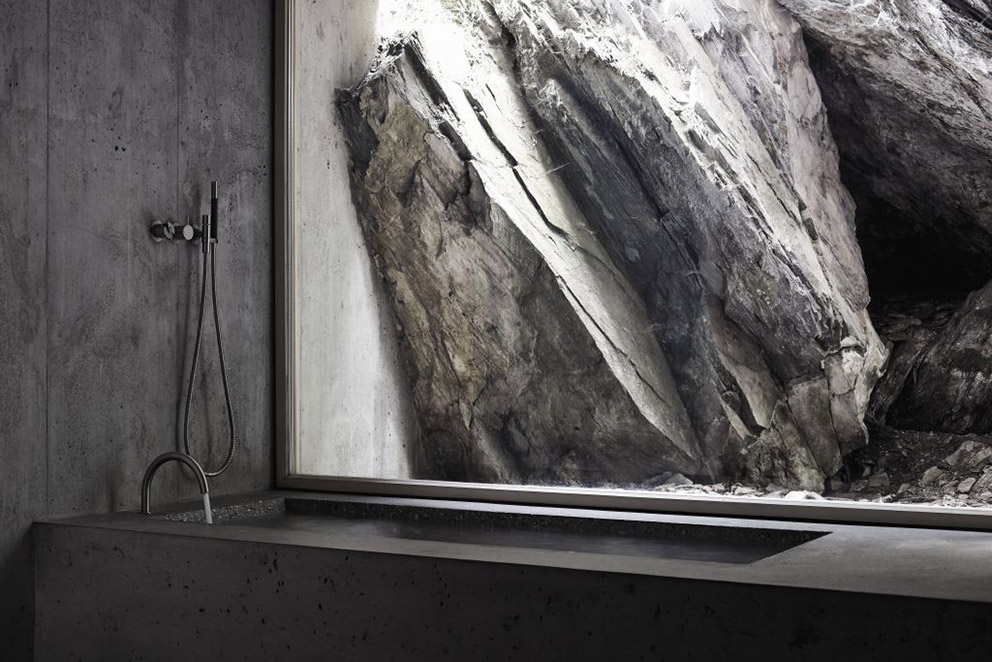 The extremely pared-down design of Vola fittings can be used in any setting.
Photo © Vola 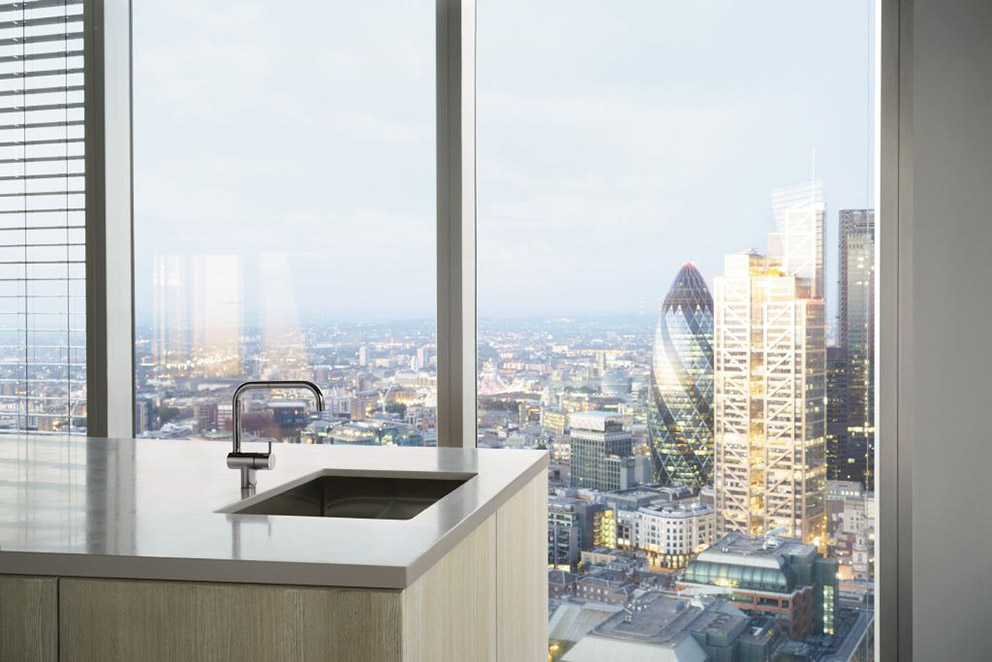 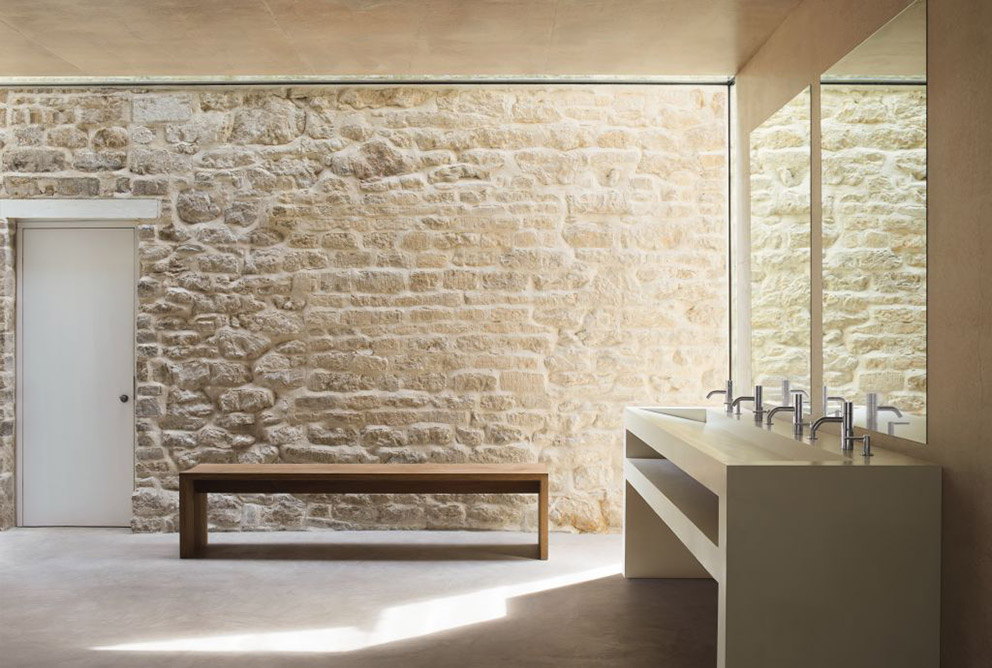 Vola fittings are not just used in the private domain. Photo © Vola 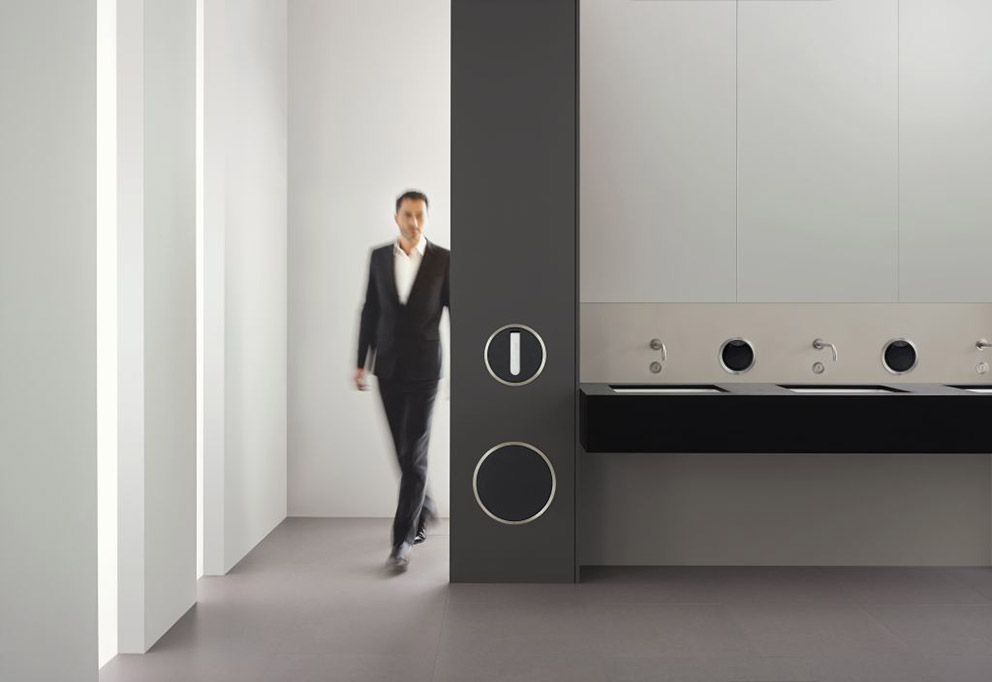 Touch-free controls are one of the latest new products and are particularly popular in the public domain. Photo © Vola 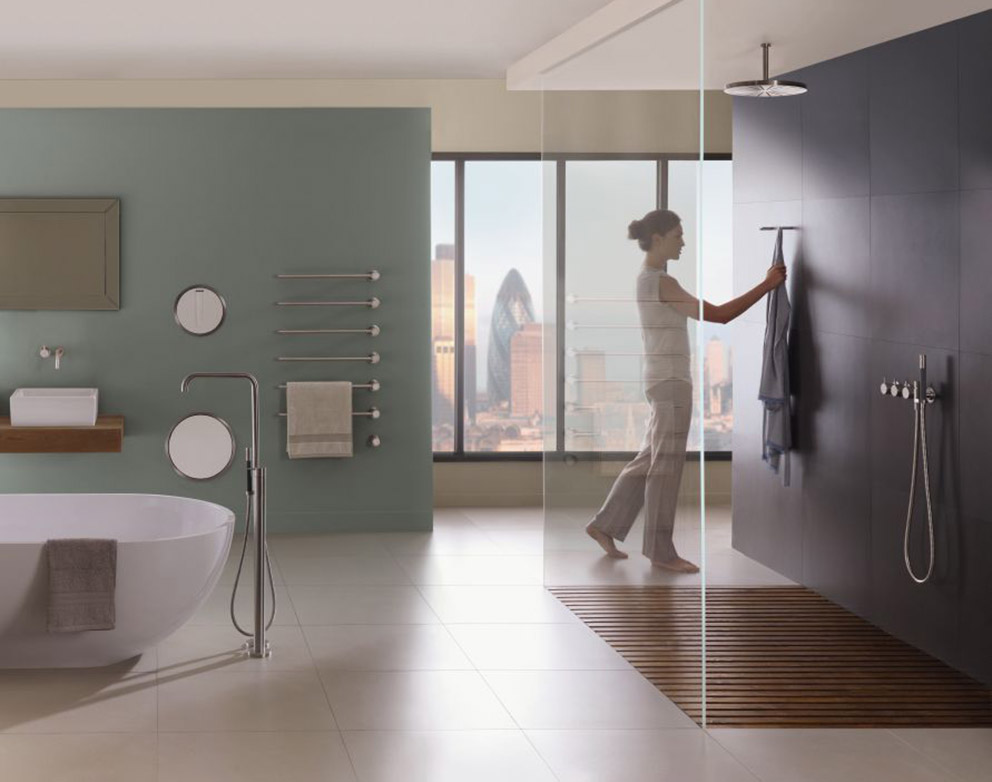 Towel warmers, free-standing bathtub fittings and circular paper dispensers and waste containers for wall mounting are some of the past few years’ new products.
Photo © Vola 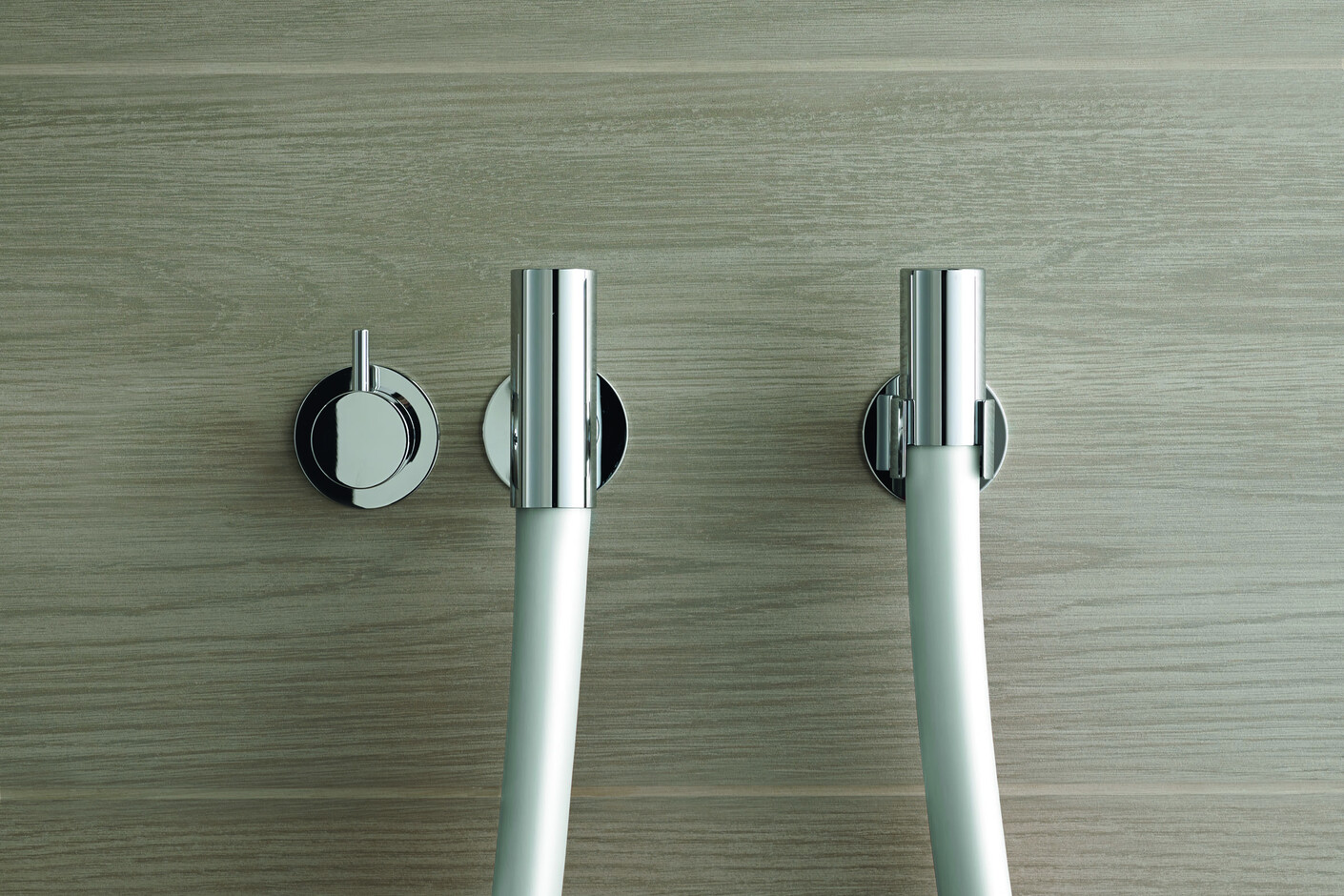 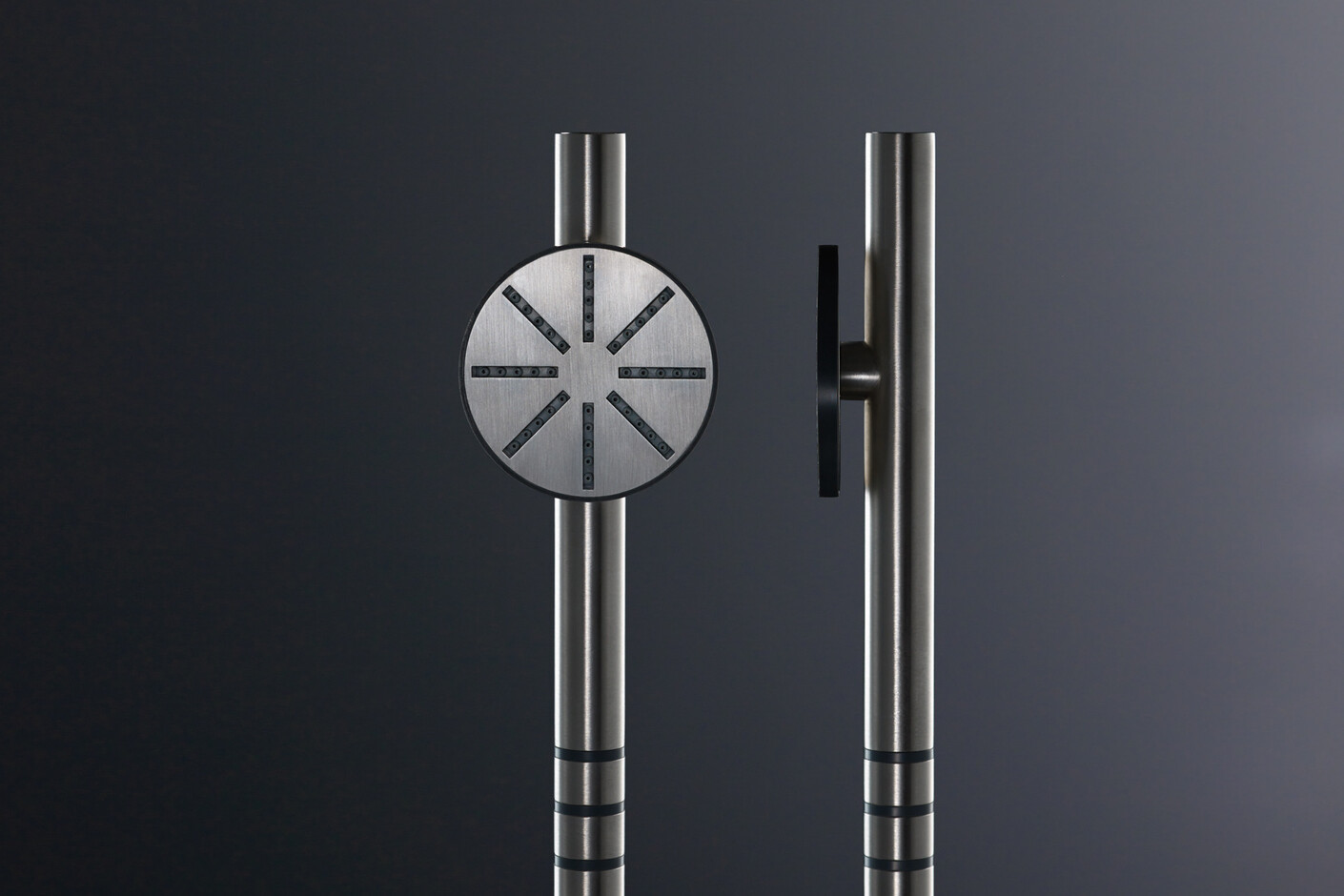 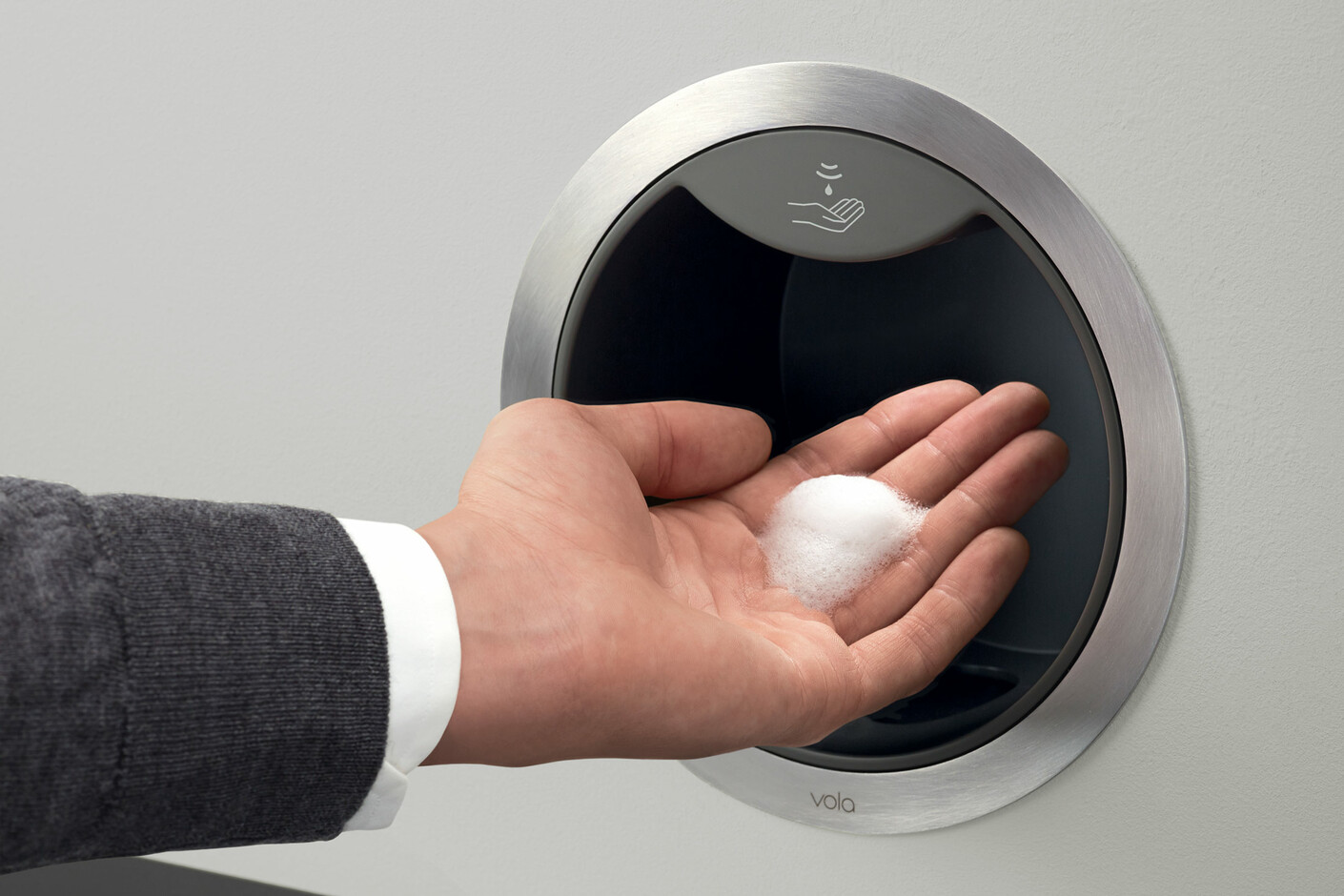 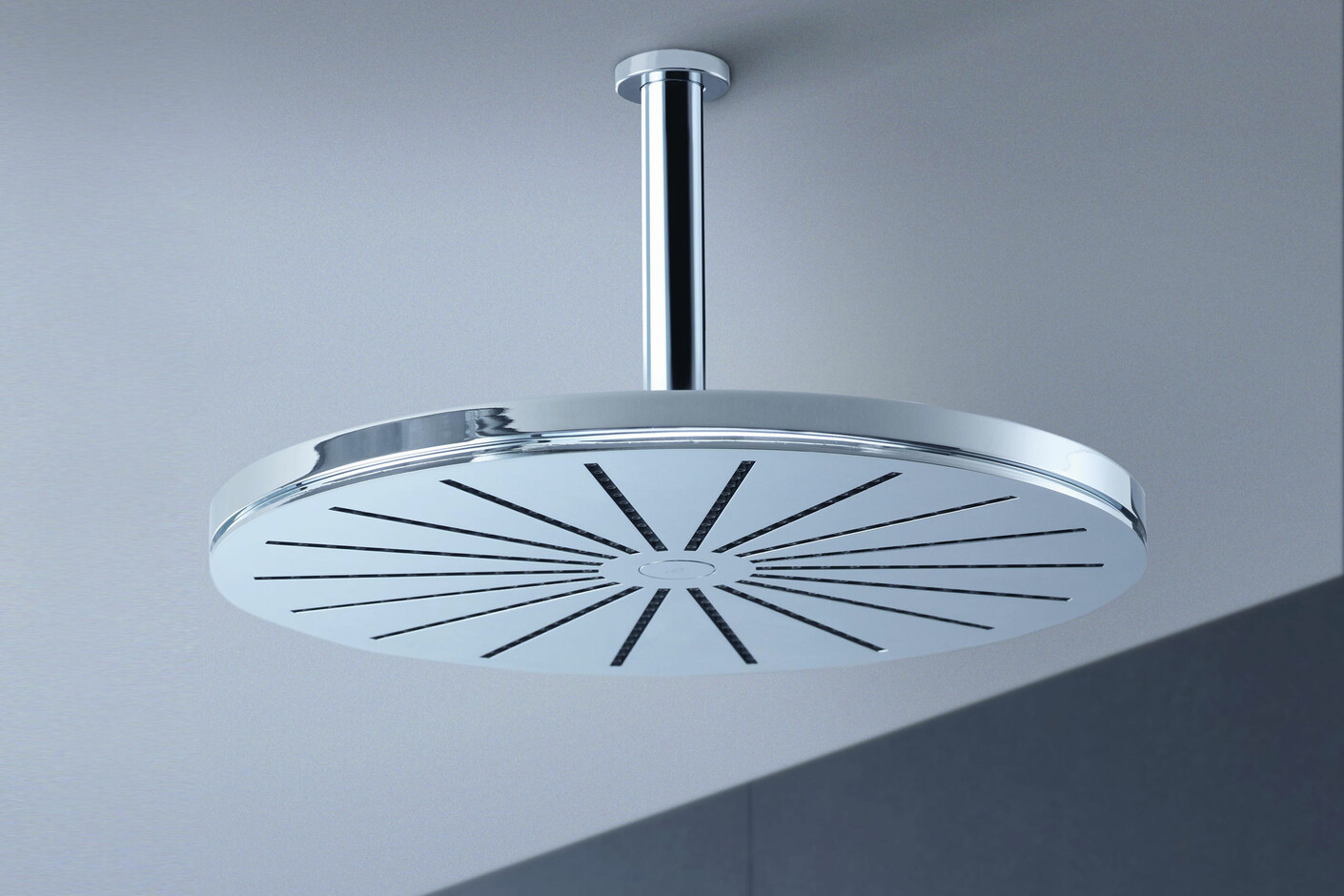