Prior to the first oil crisis of 1973, there seemed to be no limits to growth; after all, energy was available everywhere at ludicrously low prices. The location next to a river or forest so important in the early days of industrialization also ceased to play a role. How we heated or insulated our buildings was a marginal matter, a decision that once taken never needed to be considered again. How different today: In an era of finite resources, we seek something like the philosopher's stone, the "lapis philosophorum", an elixir that we do not consume in using, that keeps us constantly warm and supplies power.

More than previously, planners and developers need to concern themselves with energy. How is it generated, how is it consumed? How does a building lock into public networks in which is functions at times as a producer, at others as a consumer? Under what basic conditions is what technology best suited for this? Conclusions on profitability depend here on very fast-changing conditions in the market and on the price front.

There was a time when everything seemed to speak in favor of atomic energy. It was considered a mature version of the perpetuum mobile, similar to the take on renewable energies today. In 1973 I was in 4th grade and ten years old, when our headmaster entered the classroom with a package for me. I had on behalf of all my fellow pupils ordered comprehensive information material on nuclear energy and given the address of my school. After all, was this not the cleanest and most infinite energy source one could imagine. At the time, I sought to convince all my fellow pupils of the benefits of this progressive technology. The decade of infrastructure had commenced. Everywhere you looked, investments were pouring into large-scale technological projects. And hardly anyone had any reservations. The package contained a game for four, which I kept "Power Stations Pull Together". Here, too, it swiftly became clear that hydropower or reservoir power stations had not a chance of equaling the nuclear power stations. Their concrete domes seemed to be the landmark of a new age.

Only later was I convinced, by Frederic Vester and his notion of "networked thought", that my enthusiasm for atomic power was untenable. In his energy picture book for adults published in 1979 Vester wrote: "Often our politicians and planners likewise only see streets as streets, houses as houses, forests as forests and power stations as power stations. And that is also how they treat them. And what they do not know is the role each has in a networked system that they form: as control element, as supply source, as a buffer, as a critical value, threshold or regulator - a role that they do not have of themselves, but one that first arises through their interaction. Only if we understand how a system will behave will we find out something about its function as a stabilizer, its flexibility, its accident proneness." In 1980, Lucius Burckhardt called for a similar change of perspective in relation to design. He asserted that design has an "institutional/organizational side", that designers constantly help shape but which remains hidden "owing to the customary subdivision of our environment". "For the world is designed in line with the fact that the world is subdivided by object category and the invisible takes its place there as a marginal condition. And not to change institutions is after all, in a developing technological world of objects, an act of design."

So anyone visiting the ISH in Frankfurt today, which alongside being the "world's leading trade fair for the bathroom experience", and also focused on building, energy, air-conditioning technology, and renewable energies, will, having read his or her Burckhardt, not be at all surprised. Because the "institutions", as he would call them, of bathroom design and building technology have little in common with each other. In the bathroom, that purported interior world, the emphasis is on aesthetic refinement. Every millimeter and every detail is scrutinized, any every new surface seems to be immensely important. There are now aesthetically appealing products for installations inside the apartment and in office buildings, many of them meaningful, some of them even affordable.

Further back in the trade-fair halls, the products often look repulsively ugly. That could perhaps be explained by the fact that they get installed on roofs or in cellars where there is less call for design quality. Is that the message that resounds in the ISH's technology halls? Can design be an dispensable element in a society that, for whatever reasons, wishes in future to rely on renewable energies?

As long ago as 2008, renowned designers invited by iF Design, and they included Dieter Rams, Herbert H. Schultes and Franco Clivio, called on "the worlds of business and politics, and the general public, to include designers comprehensively in the design of important future technologies." As a chilling example, they cited the design of solar-cell roofs, for which no unique aesthetic quality has been developed that can compete with existing roof shapes and materials. If one considers the booths at the ISH, then no design progress has been made. Many manufacturers are trying their luck in the solar market and yet because they produce in relatively low unit numbers no standards have emerged that are based on high-quality design trends. One of the few companies in the sector that consistently prioritizes design is Systaic, but is has now filed for bankruptcy given an excessive debt load, and is in receivership. Thus, the well-designed solar roof which architects could use for any manner of buildings, remains a daring vision for the future. Even the façade made of vacuum tubes and semi-transparent CPC mirrors made by the Ritter group - it won the "powered by ISH" Design Plus prize - seems comparatively bulky close up.

If one takes a glance in the catalog of criteria of Deutsche Gesellschaft für Nachhaltiges Bauen (The German Sustainable Building Council), design does not crop up in certification of new buildings as a "networked" variable, but as one aspect among many: "Securing the design and urban-design quality in competition" is located somewhere between "bicycle comfort" and "art in the building", a nice to have. The age of sustainable design and renewable energies - as regards design, it has evidently not really started. 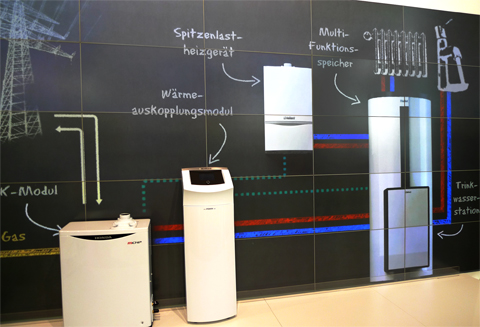 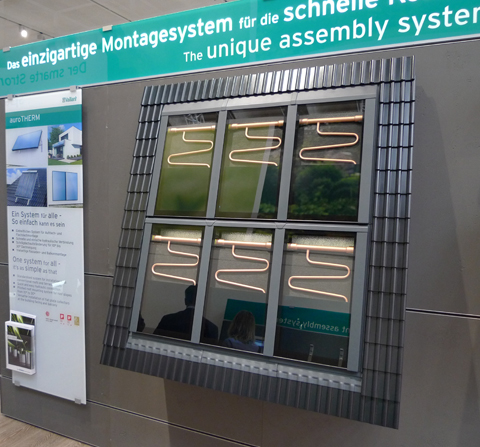 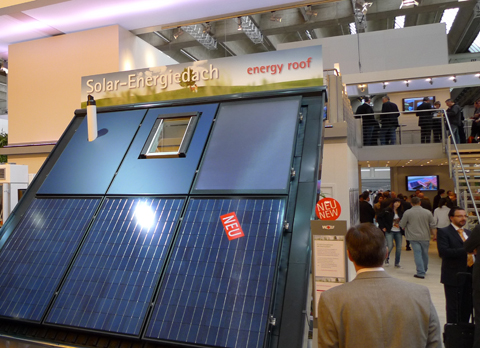 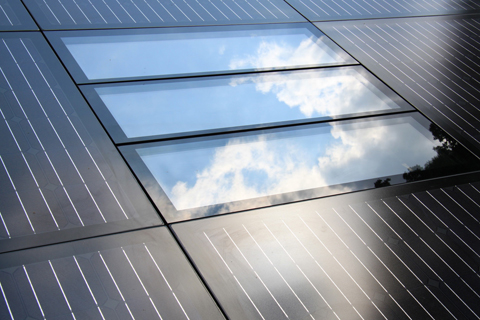 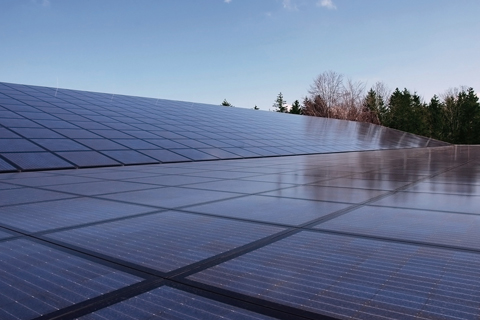 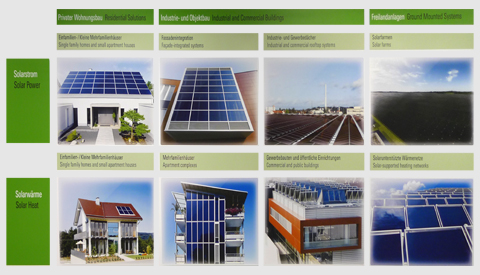 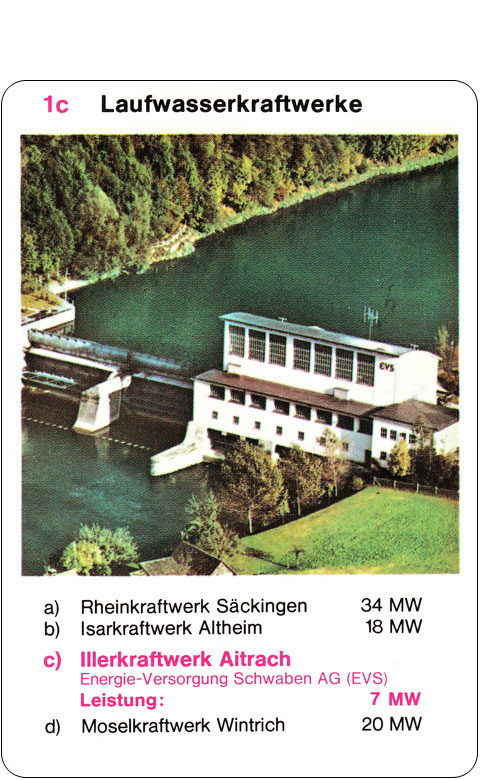 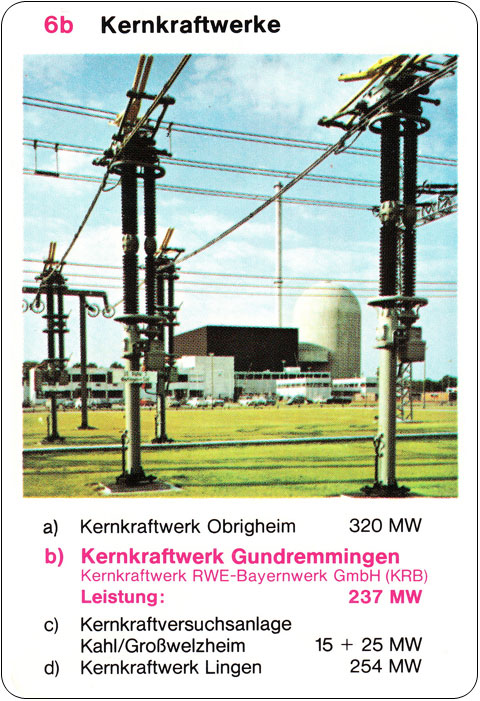 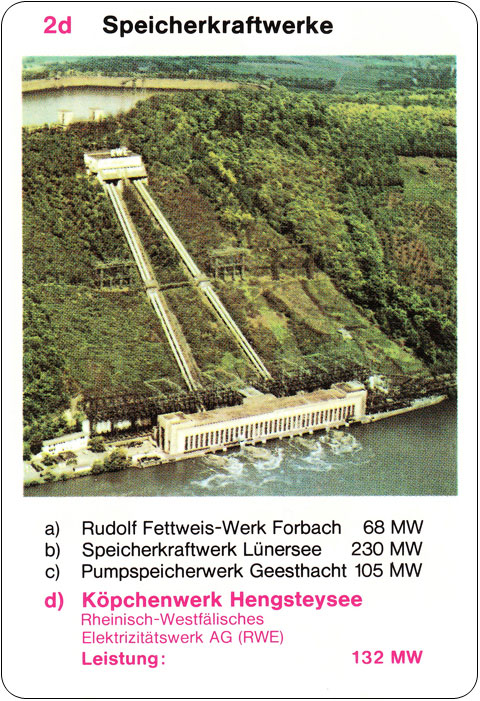 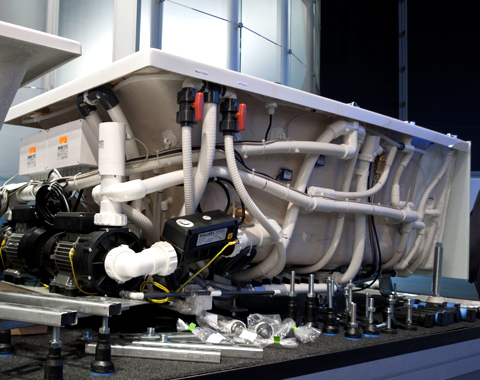 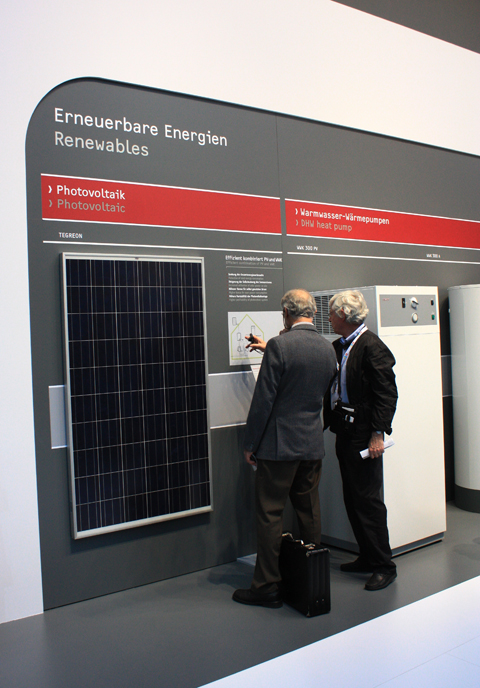 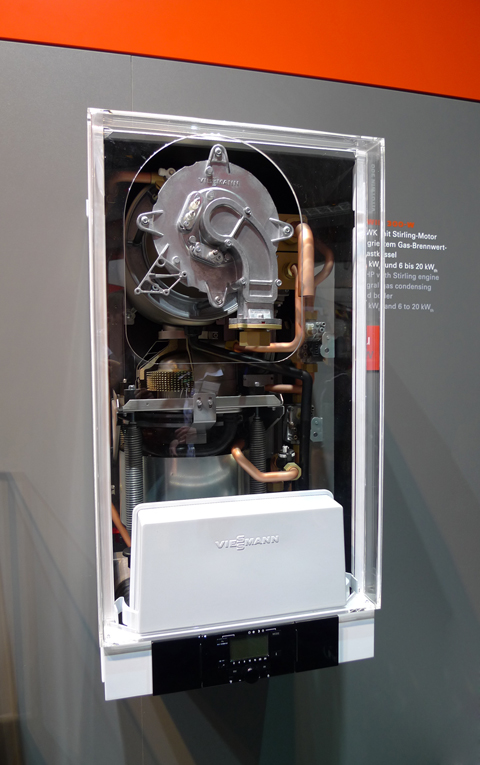