top
Forwards into the Past or Back to the Future
von Botsch Marcus | Dec 22, 2010

In his "Hotel Dresden" exhibition, Hermann August Weizenegger takes the stage as a kind of modern counterpart of Hermann Muthesius or Richard Riemerschmid. Is that permissible?

For many years, together with his friend and partner Oliver Vogt Hermann August Weizenegger championed a functionalist approach to design. For a long time, their concepts gave a more radical edge to the essentially pragmatic and sociological approach taken by the HfG Ulm and their teacher Nick Roericht. Among other things, they dreamed up the "Imaginary Manufactory" for which international designers realized ideas on behalf of Berliner Blindenanstalt und Bürstenmanufaktur, as well as the "Plan A" project, a high-tech manufacturing workshop for furniture made using laser sintering and pointing the way to the manufacture of products in a kind of factory of the future. And now this!

According to Hermann August Weizenegger, "Hotel Dresden" is suppose to represent a gesamtkunstwerk à la late 19th century. Weizenegger is now presenting this strange project in Berlin. A great idea, without doubt. Yet equally very strange.

Behind a fictitious and very humorous text by Christoph Bertsch, whom Weizenegger presents as an architect, cabinetmaker and painter born in 1863 (!), Weizenegger presents 25 "new" designs. No, precisely not new designs, but designs in an historical guise. On display were armchairs, candelabras, lead crystal glasses, and carpets. The master's creativity was not even brought up short by shoes, the curious "Gotica" high heels.

What prompts a fine figure of a man, aged 47, an internationally successful designer and professor in Potsdam to indulge in such nonsense? "Today, hotel lobbies are one of the few places where you can still develop the concept of a gesamtkunstwerk," Weizenegger suggests. "I wanted to know how it feels to work as an artist-cum-architect as if in the age prior to Modernism. In an age when the two fields were not divided." So and what does it feel like? Decidedly bizarre!

It is fascinating to see how much energy Weizenegger has committed to realizing his "Hotel Dresden" project. Anyone concerned with design knows just how much effort is involved in designing a single object, having it manufactured, and documenting the process. And there are no less than 25 objects involved here! On top of which the designs are all exceptionally handcrafted; the uniform overall line attests to the designer's formal abilities. Needless to say, in terms of the details there are stronger and weaker designs, but it is all realized with a very consistent eye for the design.

Nowadays, there have long since been no academic debates on style such as were a public affair at the end of the 19th century. And the search for the coherency of a valid style has become a thing of the past. What counts today is that if it is successful then it is OK. That is a typically American ethic, and decidedly capitalist into the bargain. It is on we can encounter in countless Westerns, in keeping with the motto: Justice is a matter of drawing fastest. Does the design world possibly function this way, too?

The last designer who can lay claim to having created a gesamtkunstwerk was without doubt Luigi Colani. Since the end of the 1960s he has been consistently building a world of his own: The white world of Luigi Colani. In the case of Weizzenegger, the concept of the "gesamtkunstwerk" may perhaps remain a one-off experiment. Any many of his colleagues have been asking, worried: "Has he perhaps swallowed Pervertin?" and shake their heads in despair: "Is he beyond help?" Yes, because "Hotel Dresden" is great. It is unique, ingenious, and likewise completely mad!

Here, design is being staged for the first time as a kind of "theme party for designers". Today, for example, we have opted for the year 1905. Maybe tomorrow the choice will be Biedermeier or Rococo. And I can hear Pippi Langstrumpf singing in the background: "We create the world the way we, the way we, the way we like it."

This is common practice in the world of fashion. Today, floral patterns à la Sixties get propagated only for the word to be tomorrow that the Sixties are "out" and we find ourselves all back wearing jackets with padded shoulders, leggings and wide jeans. Just as in science, experiment drives R&D, experiment also has an important function in design. And here, too, no one knows in advance what the outcome will be. That, after all, is the nature of experiments. Now, is the recourse to the late 19th century a trailblazing path for design? Meaning: Retro instead of the future? At any rate, the experiment shows that at present there are no future models or utopias.

We can now only hope that Hermann August Weizenegger's mentor, renowned German designer Hans "Nik" Roehricht, functionalist and an HfG Ulm faculty member, does not have a heart attack when considering "Hotel Dresden". On the contrary - he should be proud! In Weizenegger he helped shaped an outstanding mind who, despite holding down a university chair in Potsdam still works unflaggingly and constantly reinvents himself. And I can only show him my greatest respect as a colleague. Because one thing is for sure: Hermann August Weizzenegger is no sentimental eccentric. The Berlin-based designer continues to be fired by the conceptual. His latest project, the "Valse Automatique", recently launched in Berlin, combines modern music and robotic craftsmanship to create a breathtaking performance. "Radiate with passion!" That is one motto behind Weizenegger's effort to "represent social skills and energy, for the students, too!" And he has succeeded. I can only doff my cap and say: Applaud a great artist and a grand designer.

Postscript. The "Gotica" high heels are a masterpiece of women's shoe fashion, and I only did not purchase them because stupidly I take a size 46. Gotica was only available in size 39. 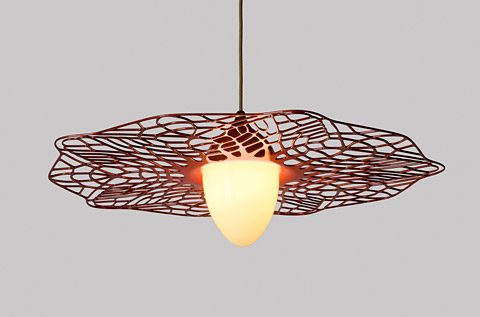 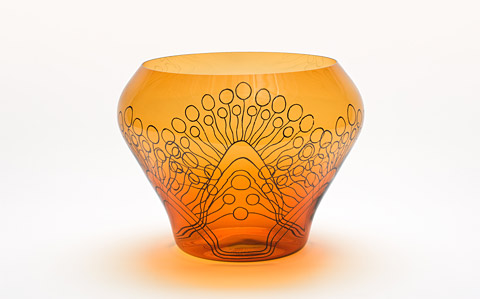 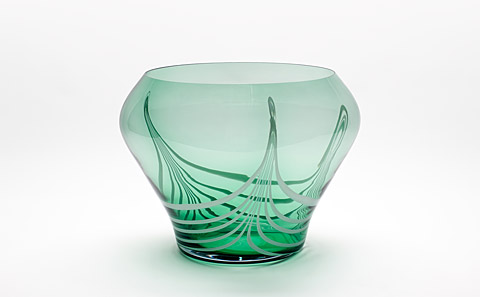 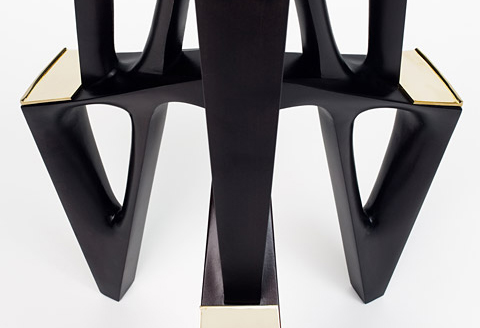 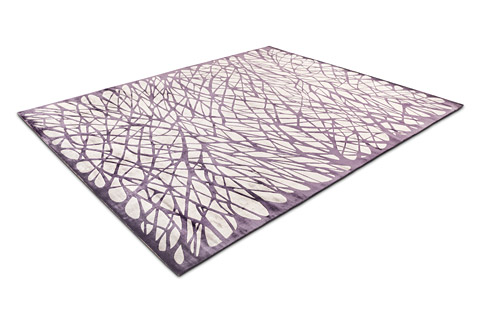 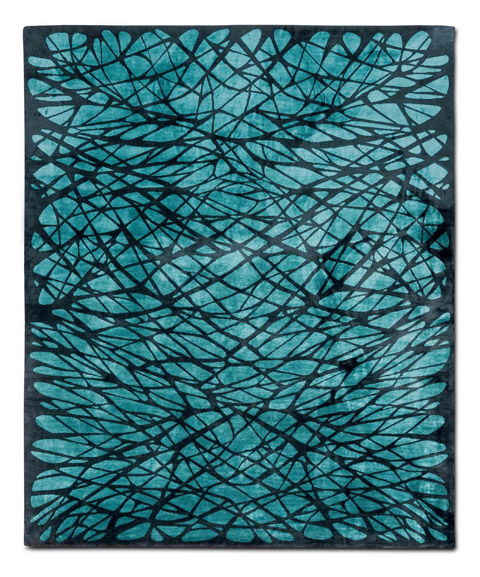 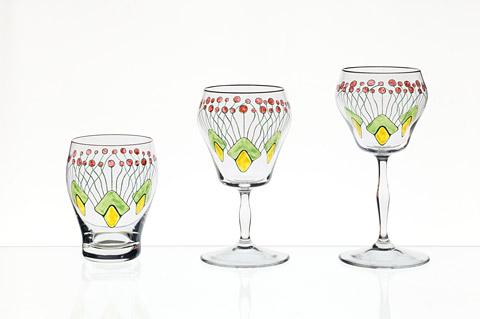 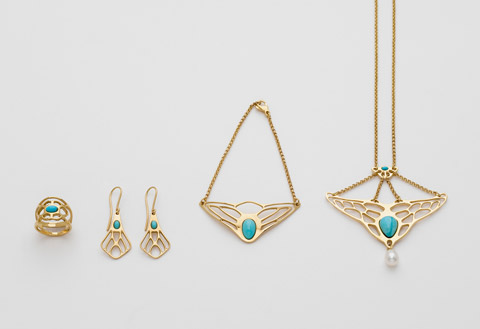 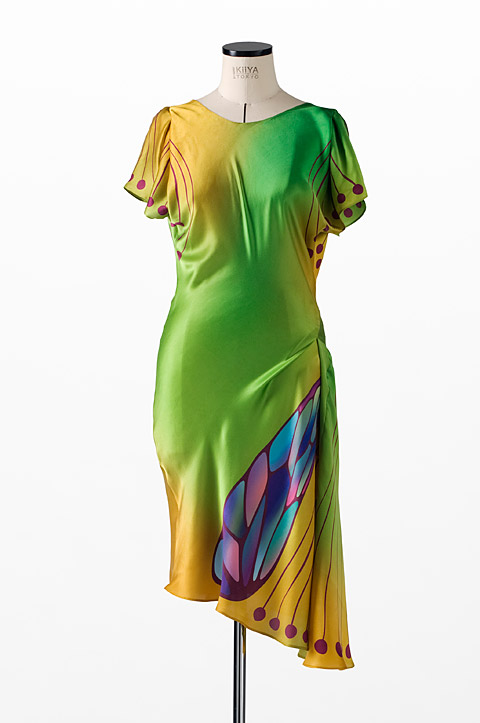 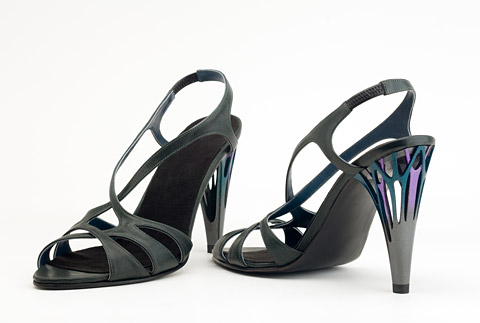 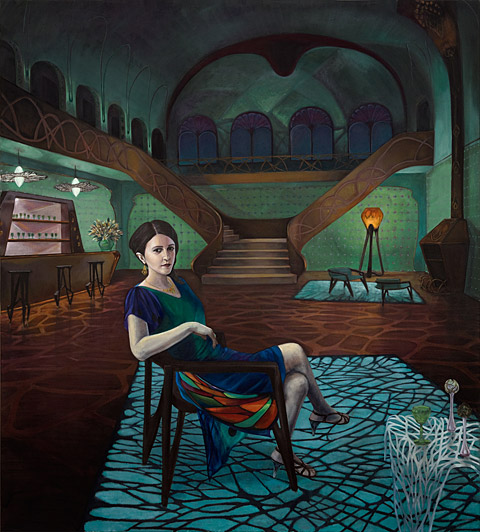 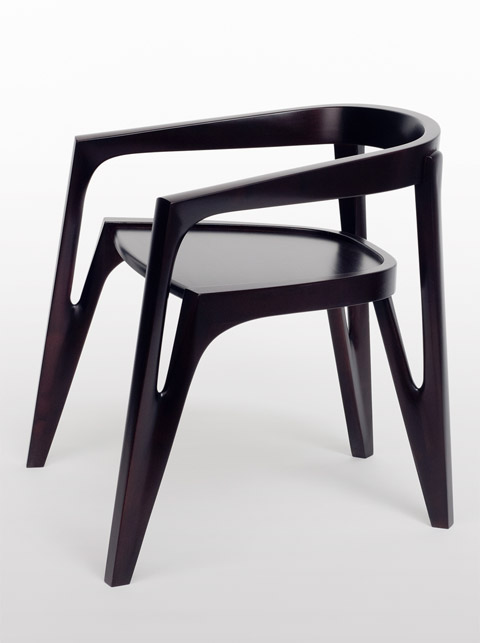 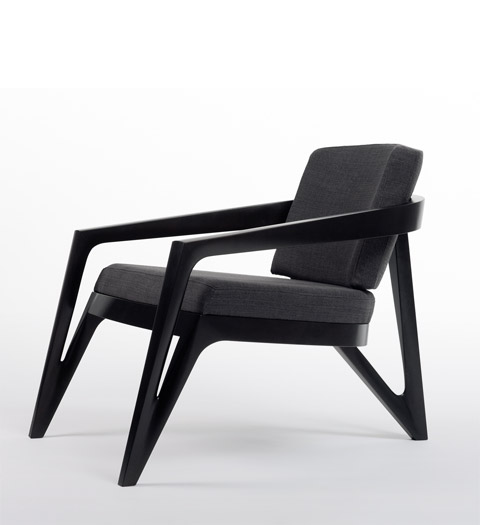 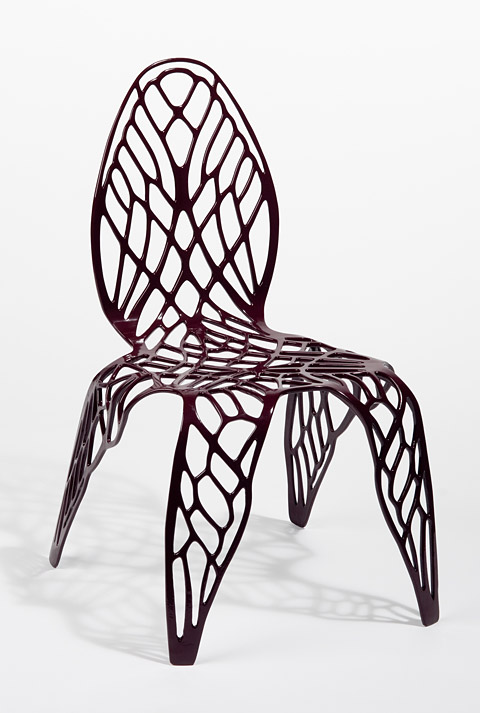 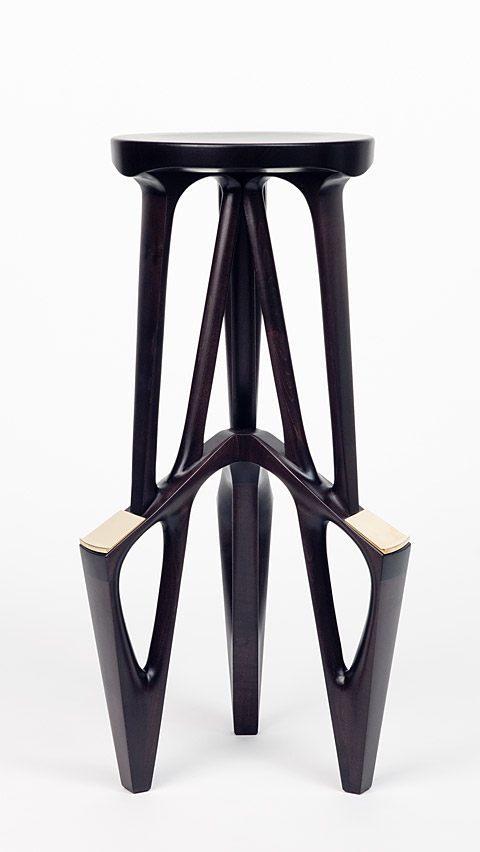 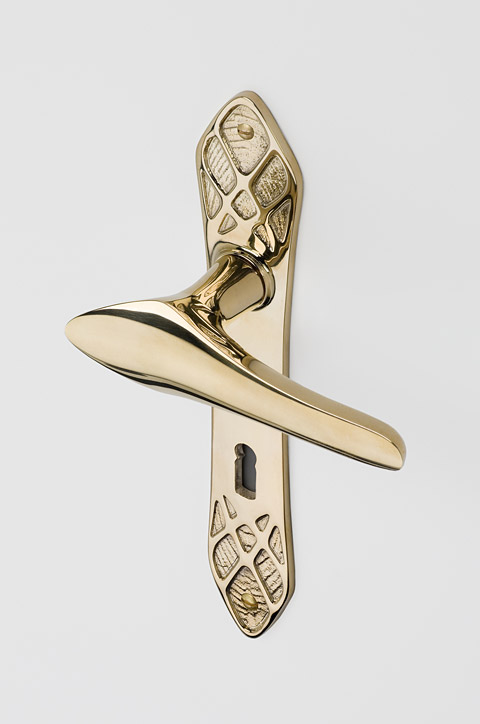 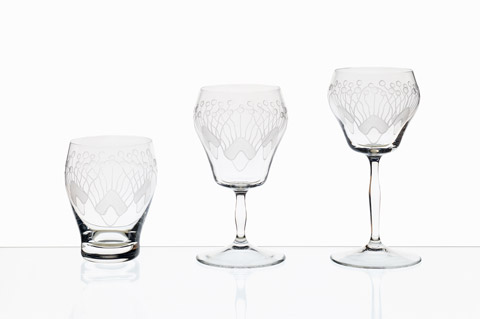 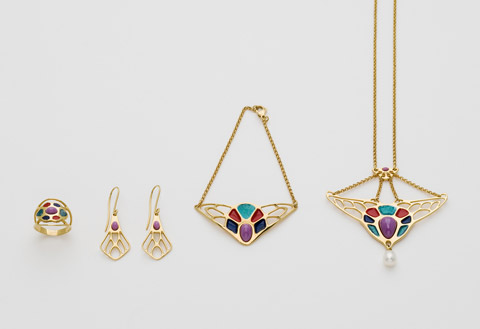 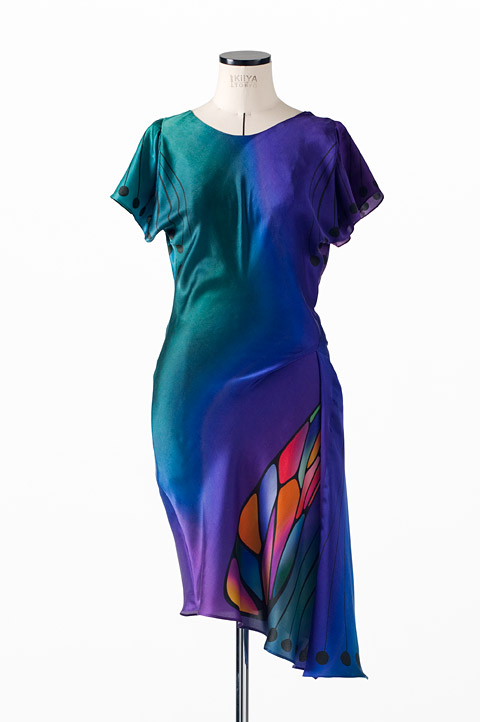 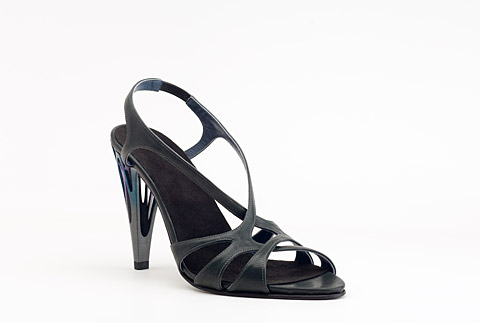 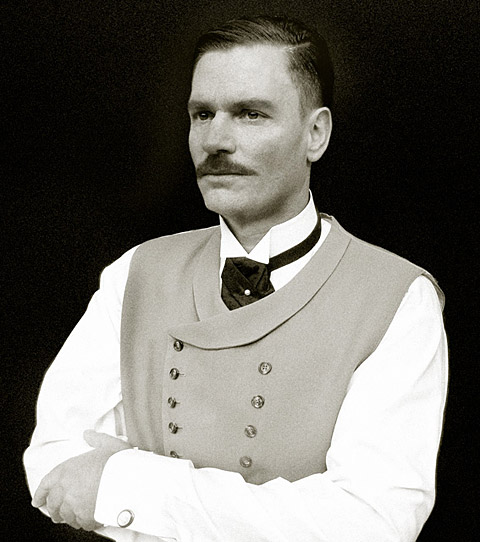