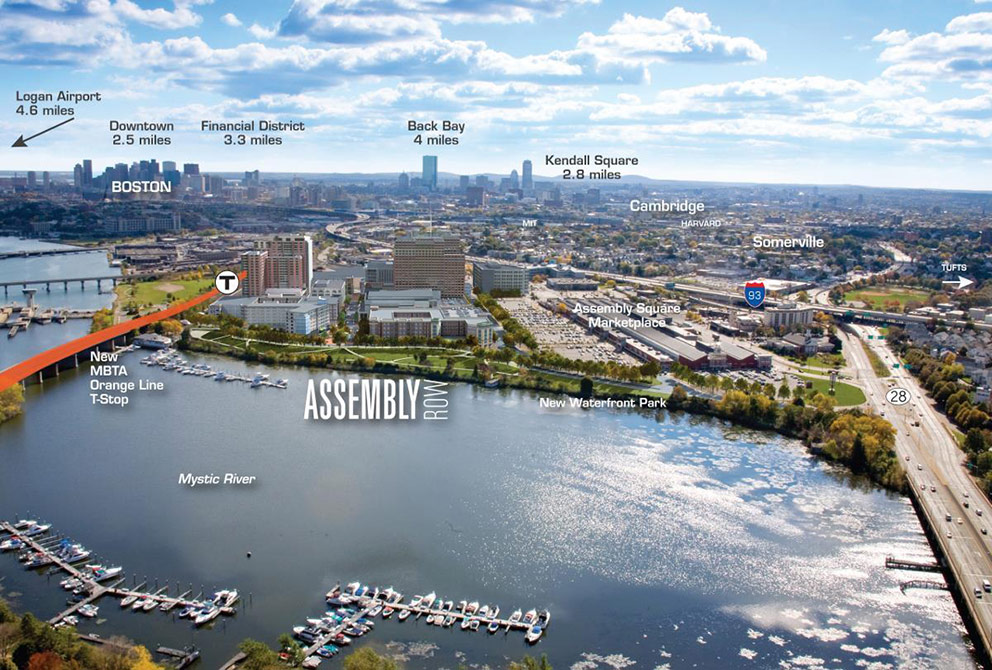 The new tracks help to get faster into the city and increase the interest for workers to live in Somerville. Photo © Audi Urban Future Initiative

Industry came with the railroad then left again with the highway, and the local trains brought in commuters - and success. The history of Somerville is a textbook example of how mobility systems influence the economic development of cities. An important railway hub north of Boston, Somerville boomed from 1870 onwards. Meat-processing businesses, especially, set up there. The town expanded even more rapidly in the 1920s, when Ford built a big plant. However, from 1950 fast highways replaced the rail network. And the highways allowed many companies to move out to cheaper places in the hinterland. In 1958 Ford had to close the factory. The decline lasted well into the 1980s. Poverty and crime were the hallmarks of the center of Slummerville, as Somerville then became known.

A new upturn did not come until the 90s. With low real-estate prices, a central location between Boston and Cambridge, and above all a new train connection for commuters, Somerville was able to attract young high-tech specialists and their families. At the same time artists and creative people, bars and galleries set up in the historic center around Union Square. Only the old industrial district, where Ford once assembled its Edsel model, remained a problem child for a long time. In 2012 a wide-ranging urban development plan was made for this area. Now, a marina, parks and pedestrian zones close to the waterfront, outlet stores, restaurants, cinemas, hotels, apartments and offices are being built.

With 90 000 residents today, Somerville is the most densely populated area in New England. It also has the second-highest proportion of 24- to 35-year-olds in the USA. Yet after 150 turbulent years between boom and bust, Somerville is no longer willing to leave the future to chance: new rail connections are intended to secure its links to the Boston metropolitan region. Two central stations are being planned that will make a mark on their surroundings. The Assembly Square Station for local trains is scheduled to open in autumn 2014 already. By 2017 a new station for the Green Line is to be built on Union Square. And one big success has already been achieved: 4500 employees of a major health-care company will be new arrivals in the city in 2016.

Intelligent solutions for designing inner-city traffic routes still have to be found, however: How can the two urban construction projects at Union Square and Assembly Row be properly connected? How will residents, visitors and employees reach the new districts? Which modes of transportation can make the best of their individual benefits, and where? And which technologies can be used with profit and increased efficiency? This is being researched by the Boston team competing in the Audi Urban Future Award. “We want to show that completely new opportunities arise for cities if urban planning is closely interwoven with traffic planning”, explains team leader Philip Parsons. To ensure that the dialog between urban and traffic planning does not come to a halt in future, the team has developed software for calculating where it makes sense to build a new parking garage, for example, or where innovative technologies can be applied beneficially. 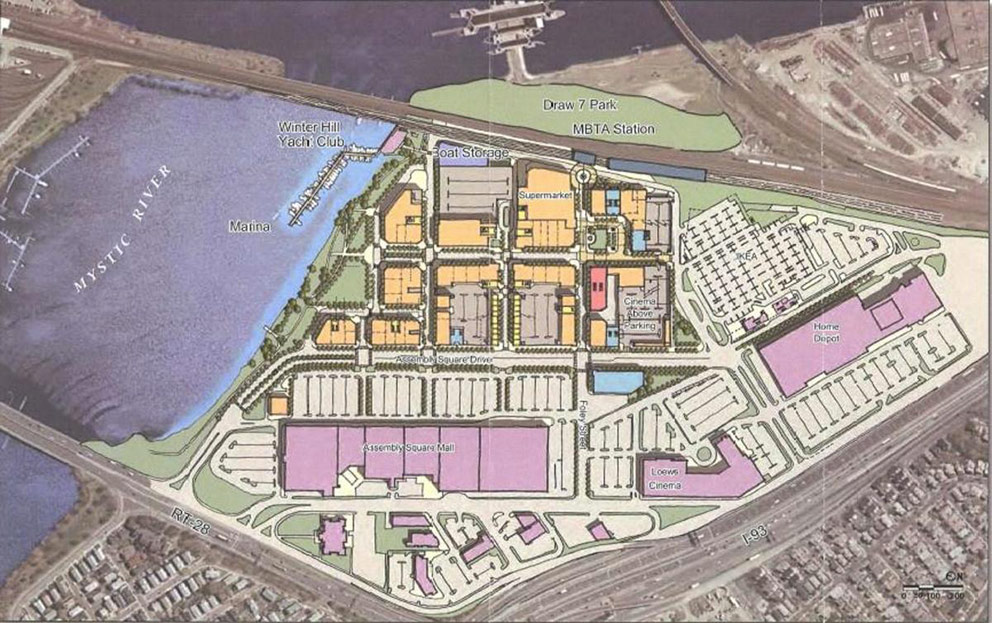 Somerville from above: Over 90.000 residents live in Somerville right now. Photo © Official website of Somerville (www.somervillema.gov) 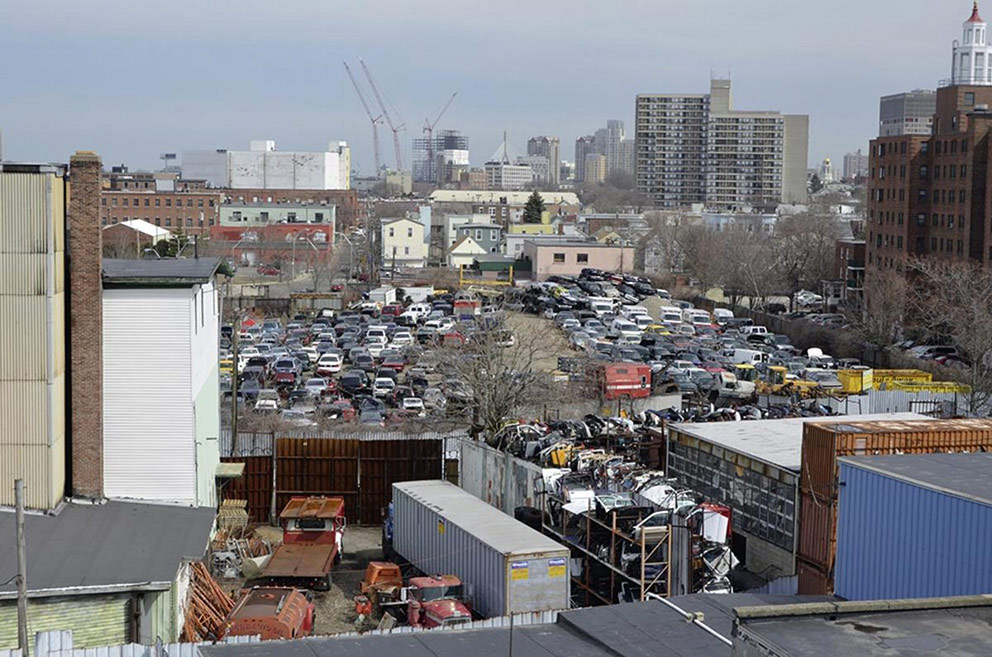