Jerszy Seymour's studio is in the Mitte district of Berlin. It is a spacious, bright loft in a rear courtyard. His designs are scattered throughout it, there is a very prominent board with colorful splodges, there are lava-shaped luminaires suspended from the ceiling and several chairs in various stages of design stand around the desks. Right at the front, for example, there is a model of a plastic chair with an integrated mechanism. An initial glance at the studio indicates that a lot of conceptual work goes into Seymour's projects. He condenses his thoughts in metaphors, playing with their levels of meaning, while at the same time attempting to make them accessible. Seymour, for example uses the terms "amateur", "workshop" and "volcano" in new and unfamiliar contexts. When he talks of "amateurs", he is thinking not so much in terms of a lack of professionalism, but rather of the Latin word "amator", which means "lover, friend". According to Seymour there are no set structures, processes, or dogmas for an amateur, nothing is clarified, everything is in constant motion, as he explains in his lecture "A new world adventurer's guide / Survival, Adventure, Creation and Being" in the gallery "designtransfer" in Berlin.

Seymour explains the particular explosive power of amateurs using volcanoes as a symbol. He associates this with the term libido as used by Sigmund Freud and C.G. Jung: inner forces are intended to unfold and open up existing structures.

Seymour has already climbed several volcanoes, for example Etna, Stromboli and Vesuvius. He is, however, particularly interested in Hawaiian volcanoes such as Mauna Loa, whose lava flows so slowly on account of its special chemical composition that you can walk alongside it - they are hands-on volcanoes. He would like to embark on a project that as yet still has to be defined more clearly on Hawaii itself, for which he would use the lava when it is still glowing.

Even if the Hawaiian volcano project is still very much in the future, formal references to it are already visible in his existing projects, for example in the "Salon des Amateurs", an installation in Museum Marta Herford last year. In it a volcano became a swimming pool, decorated with stalactites and stalagmites, with water bubbling instead of lava. Though the swimmers' faces were a little red, the water temperature was clearly still pleasant.

When they hear the word "volcano", lots of people immediately think of the eruption of Eyjafjallajökull in Iceland, whose cloud of ash also brought travel havoc to visitors to this year's Milan furniture fair. As Seymour himself says, in one way the Icelandic volcano turned his view of volcanoes into reality perfectly - the eruption changed scopes of action and at the same time revealed each individual's stance.

The most recent product to emerge from this amateur work is the Workshop Chair, which was originally made last year for the installation "Coalition of Amateurs" in the Museum of Modern Art in Luxembourg, and is now being mass produced. In his own words Seymour says he would like the chair to demonstrate that it is possible to build a chair with "western" hands, in other words, without there being any major industrial involvement. The wax can be heated with a straightforward hairdryer and the wooden parts put together using the wax. There are instructions of how to do so on Seymour's website. What is particularly striking is that Seymour chose the cantilever as the shape for his chair, as he wants to show it in its most extreme form. The Workshop Chair comes in three wax colors: red, gray and mud brown. People buying the chair prefer red, while Seymour likes mud brown.

What is the British designer with Canadian roots planning next? It could be an extremely big volcano, or perhaps a spaceship, at any rate Jerszy Seymour intends to discover new territories. Whether on his travels the amateur returns to the place he came from or carries on to another place is not important to him, as wherever his journey takes him or where it ended, any new discovery guarantees one thing: it changes people and extends their horizon. 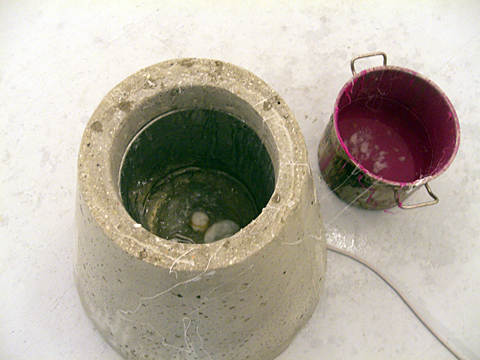 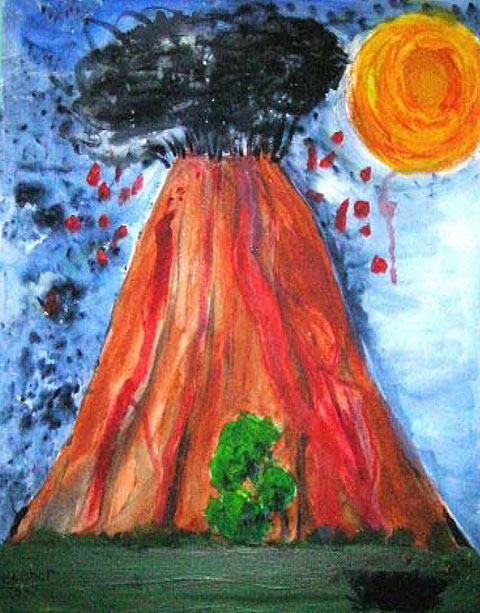 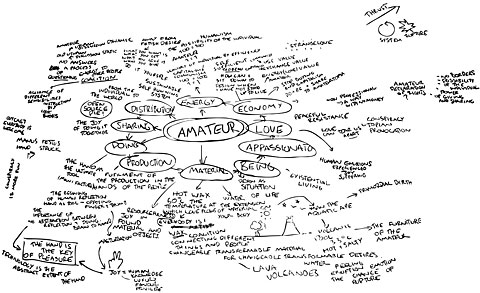 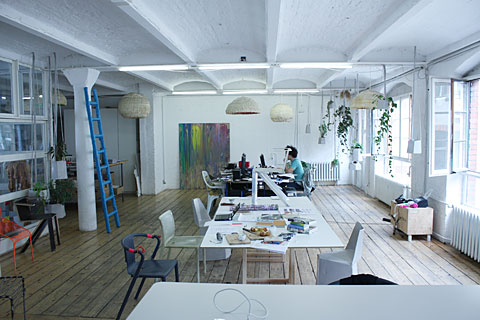 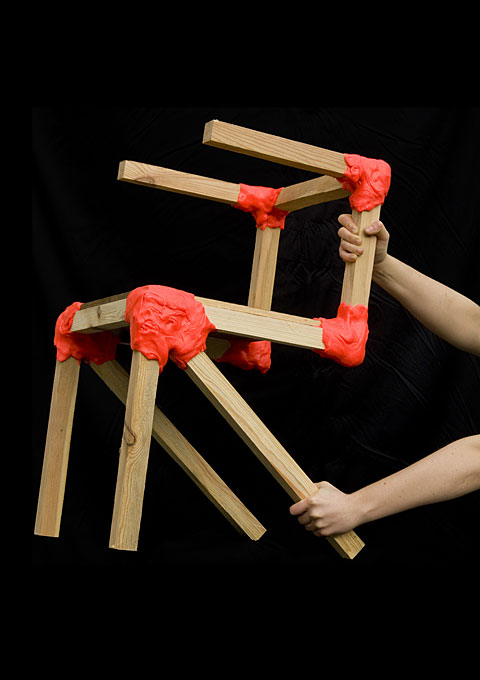 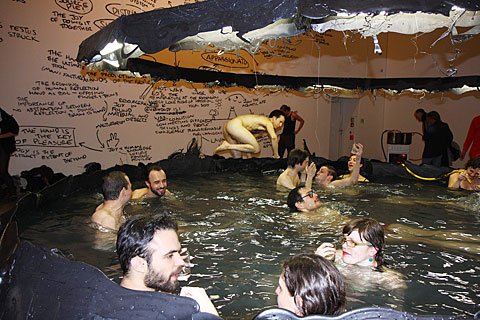 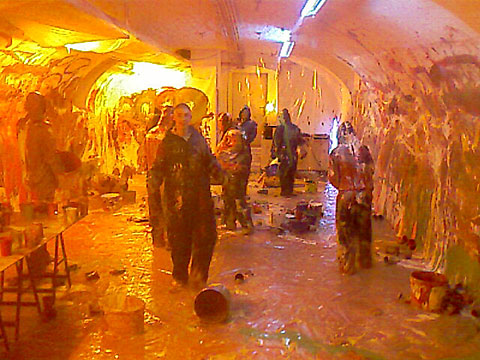 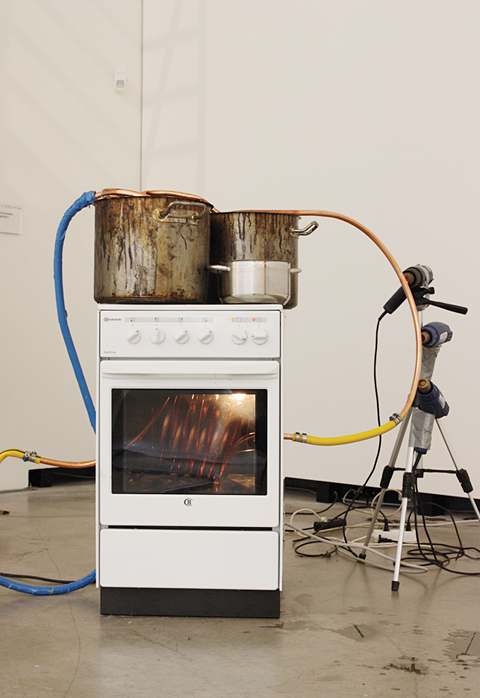 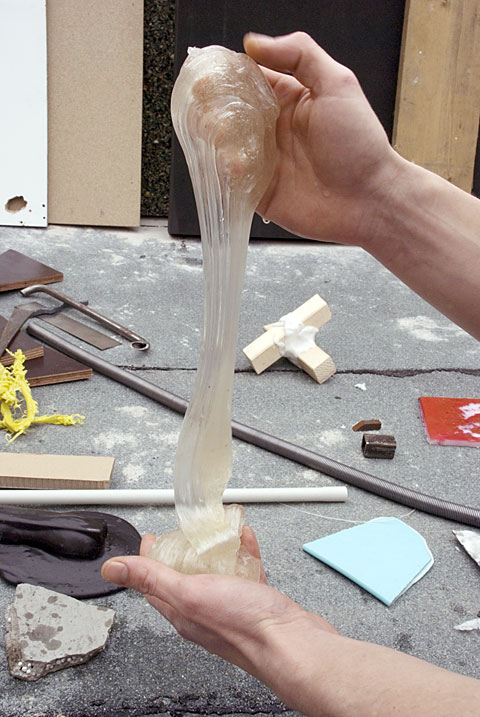 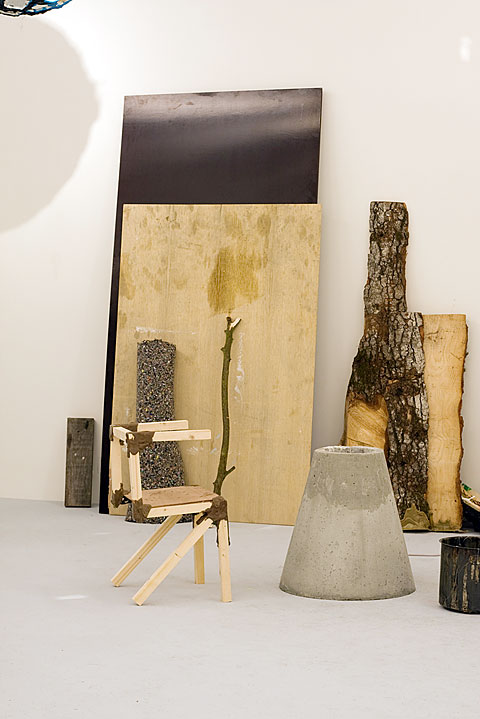 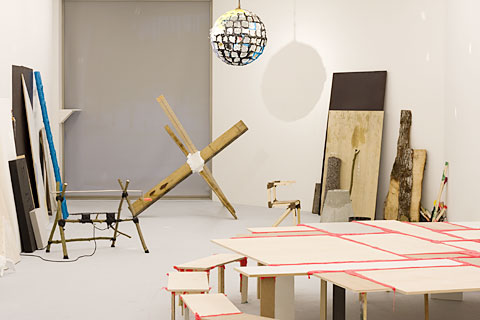 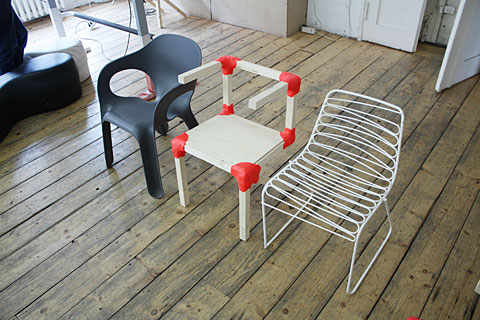 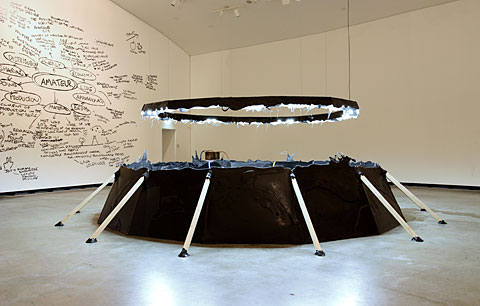 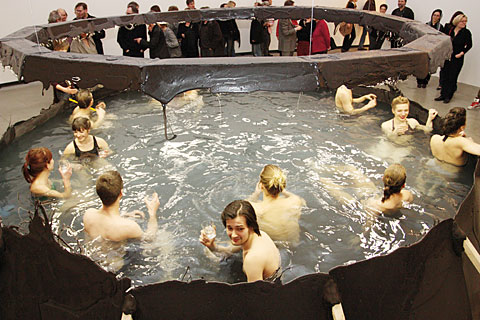 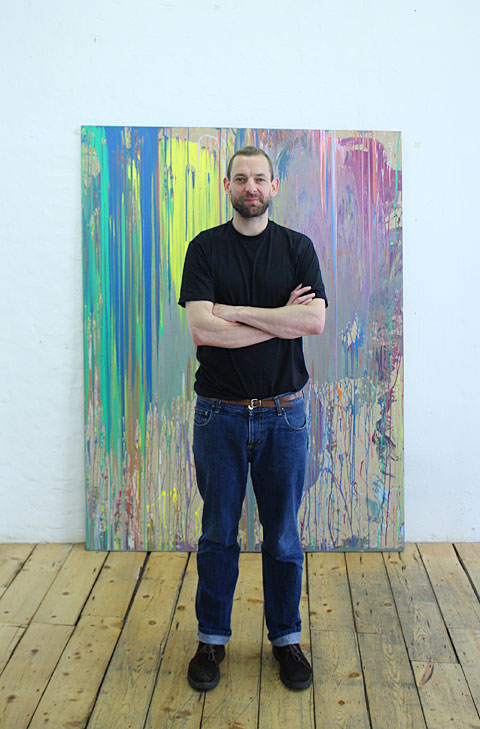