When Ben van Berkel first tried his hand as a furniture designer a few years ago and designed the "Circle" sofa for the Daimler-Benz museum in Stuttgart, only his fans were convinced by the result. Critics, on the other hand, were only able to recognise a clumsy attempt at upholstery in the curved and fabric-covered seating.
In contrast to its forerunner this new - second - furniture design from the Dutch architect and his team at UNStudio - which is also made as a production item at Walter Knoll - has the wherewithal to become a classic: 'MyChair' is the name of this light lounge chair in the tradition of the Barcelona chair and has turned out a great success. The name is an allusion to its great predecessor, from which Keck deliberately seeks to distance it: 'MyChair' also signifies that it is precisely not 'Mies' Chair'. It is an item of seating - as is suggested by the name - which willingly puts itself at the service of the user and is ready to be sat on in a variety of different ways.

Its reductionist approach to lines, shapes and materials allows the particular method of its construction to be visible, a structure formed from lines arranged in three-dimensional space. A key feature of the chair's delicate, highly polished chrome frame is its reflected curves. They rear up into a three-dimensional structure following a predetermined pattern, create the legs of the chair and then continue into the shape of the upholstery and the colours of the seat itself. This piece of furniture makes no attempt to hide the method of its construction and spreads its slender lines in space in a way that leaves no room for boredom or monotony. For the silhouette of 'MyChair' presents itself in new spatial constellations from every side, resulting from the interconnection and interlinking of its three-dimensional linearity.

Oh yes - and let us not forget that, after all, one can of course also sit on the chair, which is covered with either felt or leather - and sit very comfortably on it. The seat itself is comfortably lowered at the back and its trapezium shape allows you to turn from side to side and put your legs in a variety of different positions. Pressure on the rear of the chair is cushioned by a narrow back which yields and absorbs the weight easily. 'MyChair' was developed over a period of 18 months - a pragmatic, simple piece of seating, which does without any unnecessary fuss and appeals because of its simplicity and clarity. A small piece of good, solid architecture, one might say. 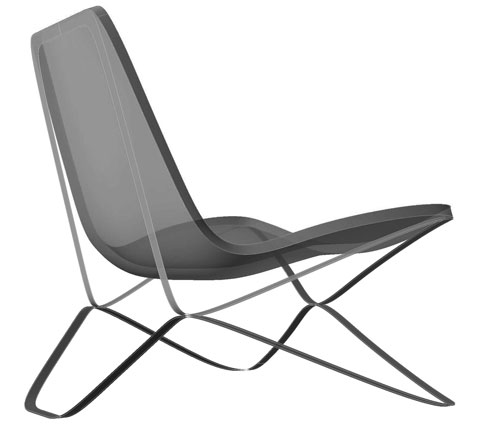 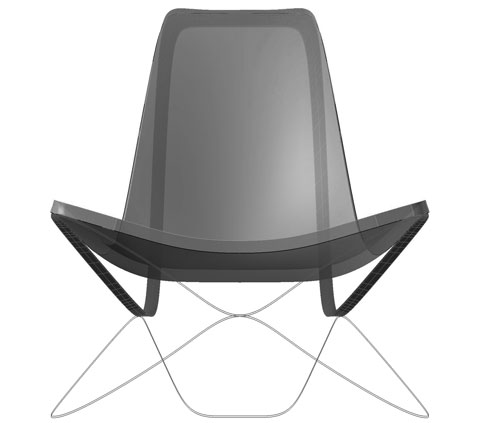 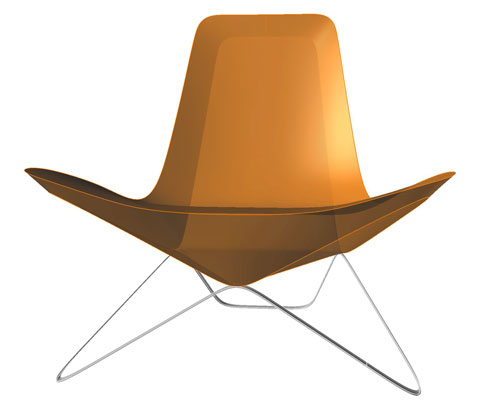 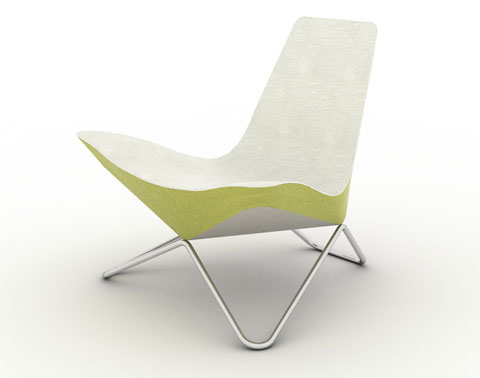 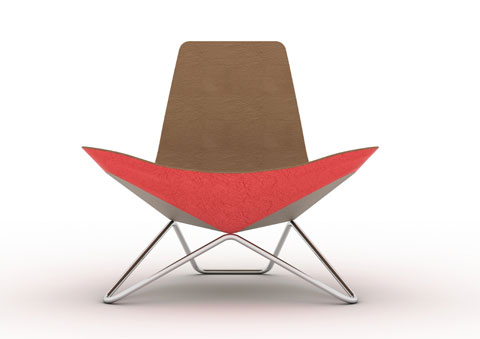 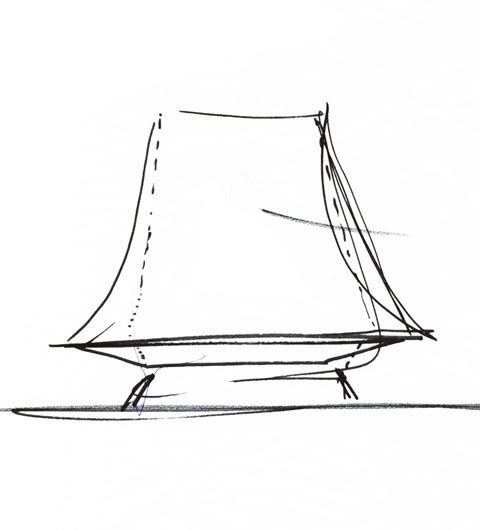 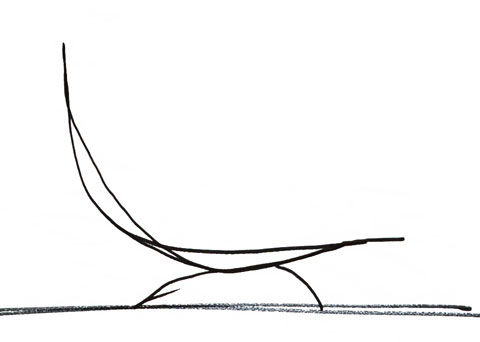 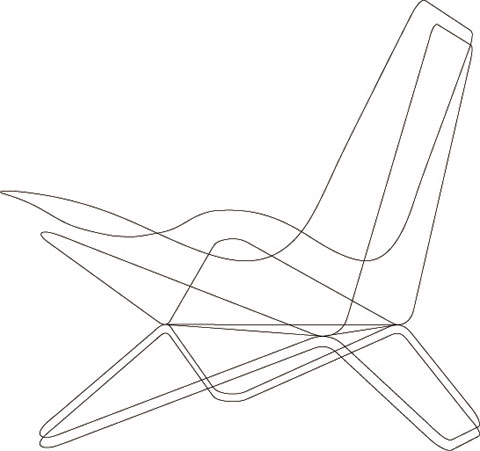 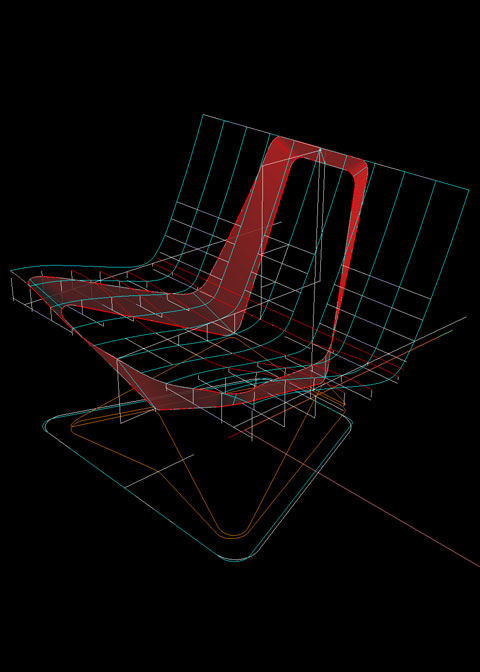 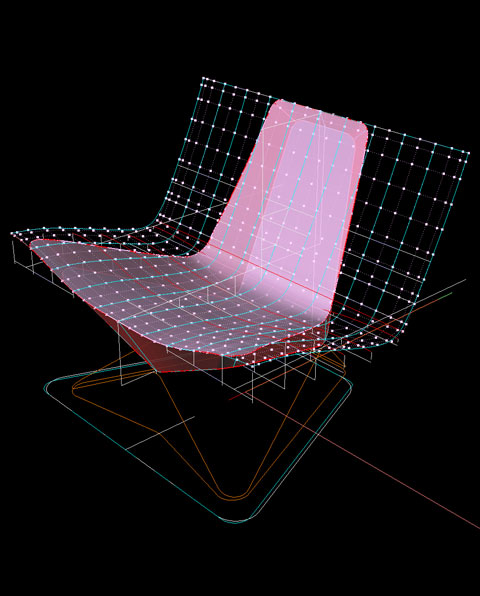 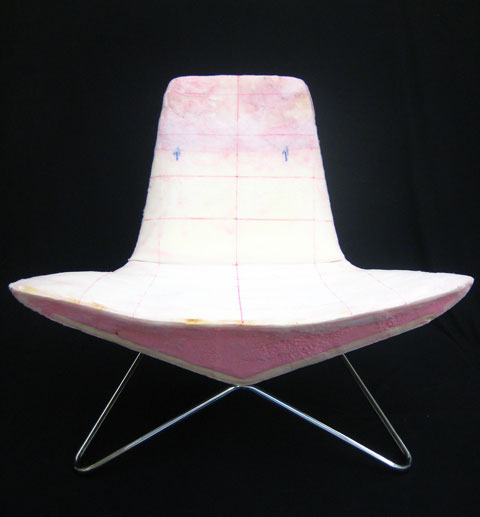 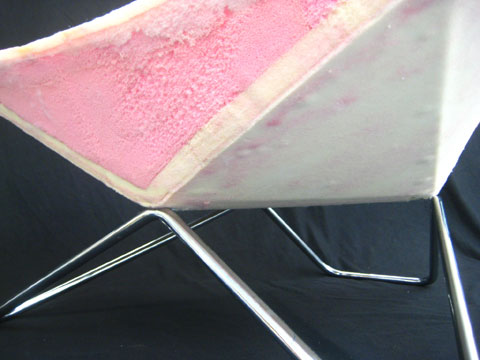