top
Going with the data flow and sharing means of transport
by Michiko Wemmje | Jul 28, 2013 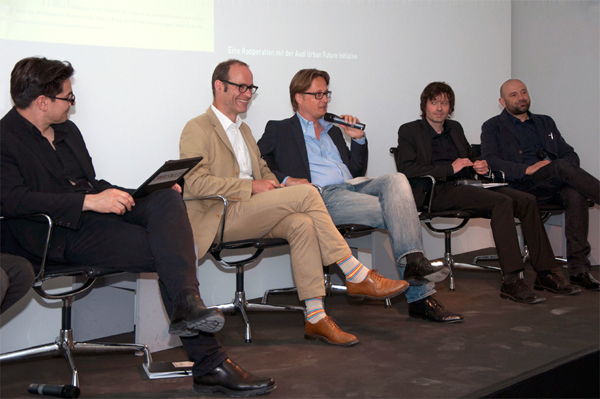 from left to right).Photo © Stylepark

The two winners of the “Audi Urban Future Awards” – namely Jürgen Mayer H. (2010) and Eric Höweler (2012) – have come up with many interesting ideas for what the city of tomorrow may look like. They believe that in future cities there will still be autos, meaning transport for potentially a single person – it’s just that these will also fulfill functions unlike those provided today and we as the users will be able to select exactly what we want or need that moment from a range of mobility services. Recently, the two internationally active architects discussed this and various other things in the “Schaustelle”, the temporary home of Munich’s Pinakothek der Moderne that is the brainchild of Jürgen Mayer H. – with Andres Lepik, Director of Munich Technical University’s Architecture Museum, and transport scientist Dirk Wittowsky. At any rate, Lepik’s summary was as simple as it was optimistic: “It’s worth living in cities again.” And if the number of lanes set aside for traffic in cities do actually get reduced, then there will be new space for plants and public plazas. And pedestrians will be able to wander round cities again, reoccupying space once lost. Pie in the sky?

“There will be interactive communication between the transport media and the surroundings,” suggests Jürgen Mayer H. In his future vision “A.Way”, for which he won the “Audi Urban Future Award” in 2010 in Venice, he described how personalized data exchange during piloted driving in inner cities could give rise to expanded urban spaces. Urban space opens up, Mayer H. proposes, to provide new user functions and possible experiences. The car as “a driving machine” morphs into an “experience machine” that drives itself and it networked. Meaning the driver becomes a passenger who can focus fully on the driving experience and engages in a completely new form of interaction with the city.

Eric Höweler likewise thinks about networked structures: “If,” he explains, “mobility is construed as an eco-system, then we want as diverse an eco-system as possible, with as many species as possible.” The result: a new age of mobility in which the automobile is no longer an autonomous, isolated vehicle, and instead functions as part of a network. Together with J. Meejin Yoon, in the “Shareway” project Höweler outlines what such a mobility network could look like. The concept won the Audi Urban Future Award in 2012 and puts forward the vision of a mobility platform that consists of a combination of physical infrastructure and intelligent networking – thus creating a multimodal transport system in which the relationship between ownership and usage can be redefined.

All the discussants agreed that even if sharing models, above all among young users, are becoming increasingly popular, the notions of ownership and autonomy have become firmly entrenched in Western culture. Which is why Höweler emphasized that “to change the city, you have to change the dream.” Established cultural practices and ideas have to be shattered and new ideals put in their place to allow a new definition of ownership and freedom to evolve in society. It’s a dream that requires much effort and patience if it is to be realized.

from left to right).Photo © Stylepark 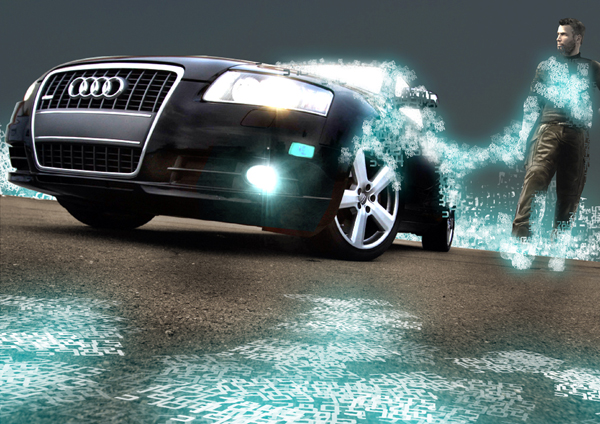 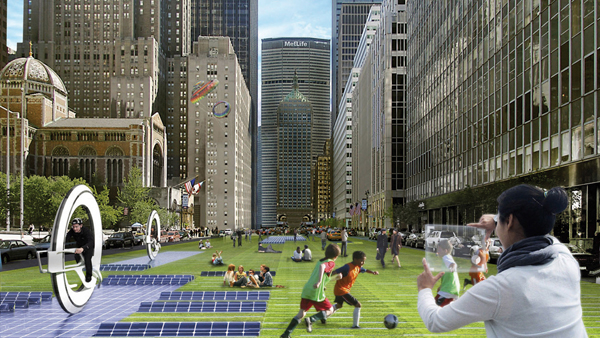