“Whether we like it or not, on this page bodies touch or it is itself touching (my hand that writes, yours that holds this book in its hands). This touch is infinitely diverted, postponed – machines, transports, photocopies, eyes and yet more hands have come in-between – yet it remains the tiny, tenacious, wafer-thin core the only grain in a constantly interrupted and yet continually continued contact. At the end your eye alights on the same lines of writing as mine now touches and you read what I wrote and I write to you. Somewhere this happens.”

The gesture of writing

There it is again, the magic of writing. Philosopher Jean-Luc Nancy also evokes it, now in the form of the contact that occurs between us people irrespective of what may come between the writer and the reader. Evidently it is harder to dispense with the hand and its skills than one might think. And when writing it needs to be specially trained and kept fit. Yet it is nevertheless hard to grasp the special thing about the gesture of writing as, after all, “writing has become a habit, and habits are what we do without having to think about it.” [1] Flusser goes on to say that “in fact: writing has become more than a habit. Writing cannot be in our “genetic program” the same way nest building is in the genetic program of birds, because, after all, it is a cultural, not a natural, behavior pattern. It comes to us rather like the behavior of walking and speaking: we have to learn it, but we must learn it, if we are to behave according to human nature.”[2] The gesture of writing is clearly very closely bound up with us and our bodies. So what is specific about writing? “What sets it apart from comparable gestures of the past and future – from painting, from pressing on computer keys? Is there anything specific at all that is shared by all kinds of gestures of writing – from the chiseling of Latin letters in marble to the brushing of Chinese ideograms on silk, the scratching of equations on boards, or the pounding on the keys of typewriters? What sort of life did people have before they began to write? And how would their lives look if they abandoned writing.”[3] There it is again, that insistent question about what would happen without writing. There is simply no getting round it.

For Flusser all writing is a “gesture that aligns and arranges characters”. Since characters are also (directly or indirectly) symbols of ideas, “writing is a gesture that aligns and arranges ideas”.[4] Which brings to light a theme hidden behind writing: We write in order to set our thoughts on the right path.[5] Were we not to arrange our thoughts by means of the gesture of writing and leave them to their own devices, then they would run “in circles” “This circling of ideas, where any idea can turn back to the previous one,” Flusser terms “mythical thinking”.[6] The characters and writing do no less than point the way out of the mythical into a form of thought that has a linear thrust.

Here we can sense the immense cultural import innate in the gesture of writing. Suddenly, the question seems to involve and more seems to be at risk then only writing by hand: “The motivation behind the invention of the alphabet was to supersede magical-mythical (prehistoric) thought and to make room for a new (historical) consciousness. The alphabet was developed as the code of historical consciousness. If we should give up the alphabet it will surely be because we are trying to supersede historical consciousness. We are tired of progress, and not only tired: historical thinking has shown itself to be murderous and mad. That (and not the technical disadvantages of the alphabet is the real reason we are prepared to abandon this code.” [7]

“Because we are benumbed by any new technology — which in turn creates a totally new environment — we tend to make the old environment more visible; we do so by turning it into an art form and by attaching ourselves to the objects and atmosphere that characterized it.”

We have already mentioned that anyone who does still write by hand and equally those who write about this kind of writing finds themselves invariably on the back foot. As sad as those proverbial dinosaurs, the evidently anachronistic cultural technique waits to become extinct or retreats into museums. Technological and media developments have long since pointed in a different direction. And the historical thought that arose with writing has not only quite literally brought the many-shaped myth into line and reduced it to Logos, it has in recent centuries clearly discredited itself, too. We can hardly rely on classical western Reason for the the future; too often has it failed in the past, its consequences have been too bloody, too violent and too ostracizing.

Meaning that, backed up by the success of all the “electronic devices”, not only is a future without pen and paper being imagined, it is also being set in motion on demand or by gestural control. The Touchscreen is the new paper. Where there is so much frank talk of the future as there is today, there is no space for pasts of whatever kind. Even if the exaggerated evocation of the coming in the form of naïve and unconnected clichés such as “make the world a better place” are so much whistling in the wind. The stories of those “digital natives” who at a still uneducated age seek by thumb and forefinger to zoom images in printed magazines have long since been part of the folklore of the digital age.

However, whichever way you look at it, as a human who does not want to have your hand reduced to two thumbs that press on a small Touchscreen keyboard, and who also considers the hand a part of the body not intended for swiping around in the air, you’re on the backfoot. To be more present, not only in terms of media theory, but also in terms of media practice and media archaeology you are quite not an old hand, but a rusty one.

However, for all the beautiful, new, small, and wonderful typing, swiping, viewing and sending machines that are connected to the world you need electricity and a stable linke to the network that spans the globe. And it is first and foremost the companies that sell them which are most thrilled by the so young and playful electronic extensions to our bodies and the purported or factial range they give our intellectual and communicative emanations. Only your hand, a pen and paper make you the writer largly independent and liberate you from surplus ballast (a paper napkin or the like is always to be found and if in need, use the table cloth, like the one or other artist or architect before you – should the table still boast one).

The enoromous success that inventive companies scored parallel to the electrification of communication with handy adhesive notes at least shows one thing: The charm of the new and the innovative by no means sends the tried-and-true spinning straight into the museum or onto the wastepile of the history of progress as so many so often try to suggest. You only need watch how young people between the age of twenty and thiryty in the creative professions behave in their meetings: Not all but many of them write their “To-Do” lists in an exercise book or the like; they’ve already put aside their tablet PCs. The advantages of the one do not invariably make the other, the older, invariably disadvantageous. What is new and innovative and therefore just fashionable in a nomadically structured urban context can be annoying and less helpful in another. The fact that different media and techniques exist in parallel gives cautious grounds for optimism in that the diversity of writing utensils has also increased as has the means of articulating – be they analog or digital in nature.

Then as regards writing in general: The howl that went up from amongthe cultural pessimists the moment the world-wide victory of emails began swiftly ebbed. We all found ourselves condeing that today, not only thanks to e-posage but also text messages, Facebook and WhatsApp etc. much more is being written now than in times of a paper-based monopolistic letter mails and grey landline phone-sets. Even if now and then you get an email with no visible punctuation or full of spelling mistakes or receive short messages as cryptic as they are funny, part written by the autocorrect rather than by the sender, there is no great need to worry about the culture of writing. No fewer letters are being written, they just get sent faster and in a different way. Both, language and writing, be it written by hand or via s mall virtual keyboard are constantly in use; and, this invariably being part of every living language, they are in a continual process of change and renewal.

The hand that sets so much of this in motion has by no means run its course. Although the paleoanthropologist states in the sober voice of a science looking back into the depths of prehistory: “The dwindling importance of the makeshift organ that is our hand would not matter a great deal ifthere were not overwhelming evidence to prove that its activity is closely related to the balance of the brain areas with which it is connected. ‘Being useless with one’s fingers,’ ‘being ham-fisted,’ is not a very alarming thing at the level of the species as a whole: A good number of millennia will pass before so old an organ of our neuromotor apparatus actually regresses. But at the individual level the situation is very different. Not having to ‘think with one’s fingers’ is equivalent to lacking a part of one’s normally, phylogenetica1ly human mind. Thus the problem of regression of the hand already exists today at the individual if not the species level.”[8] And yet, since the 1960s, when Leroi-Gourhan worte the above, some of it has been relativized or new insights gained.

Exhibition:
Thinking Tools
Design as Process: On the Creation of Writing Tools
Museum Angewandte Kunst, Frankfurt/Main
September 24, 2016 through to January 29, 2017

further article:
Completely familiar, absolutely revolutionary - Part 1
Evidently it is harder to dispense with the hand and its skills than one might think. It is especially trained and kept fit through writing. And those who write also train their capacity to think. 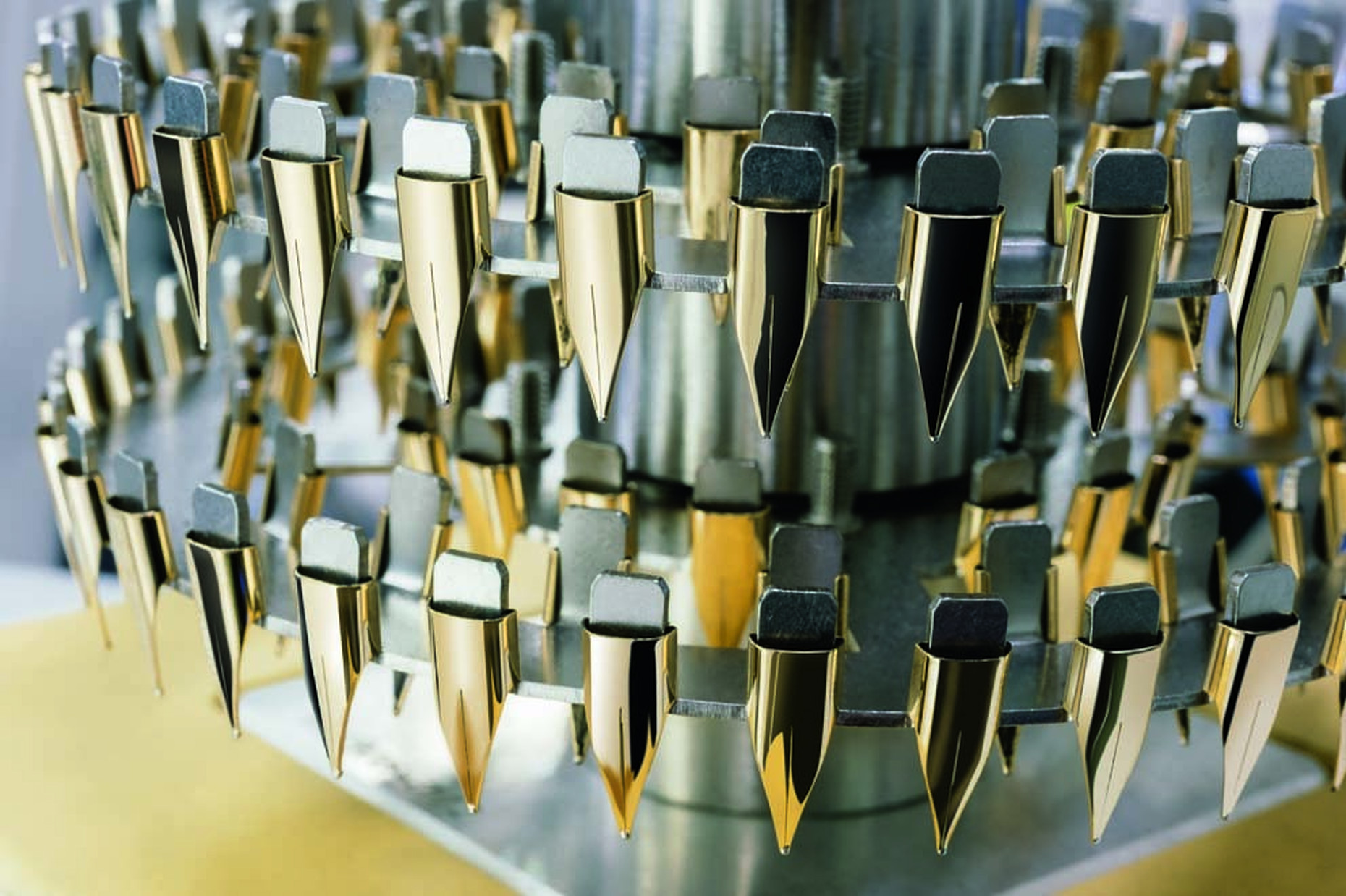 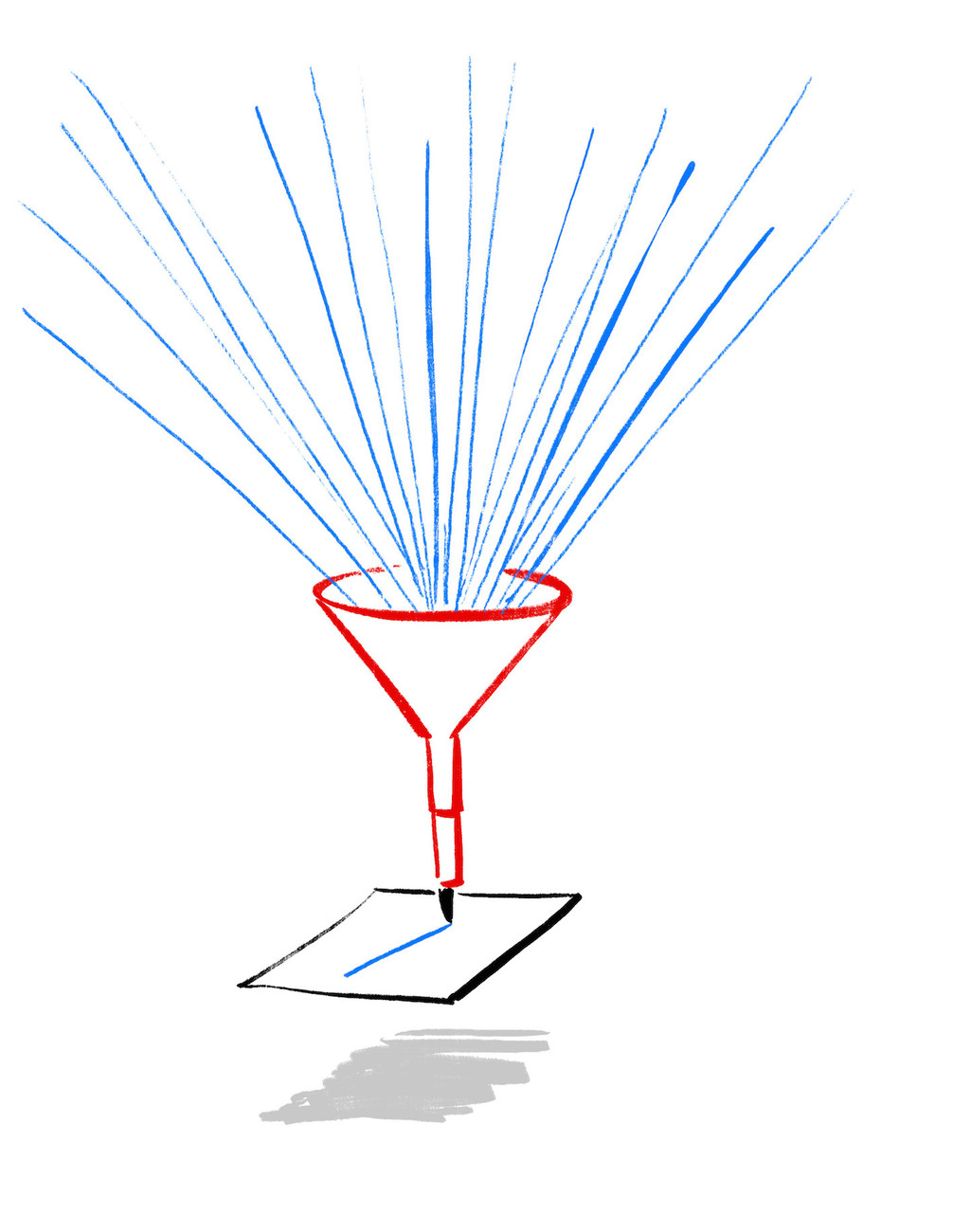 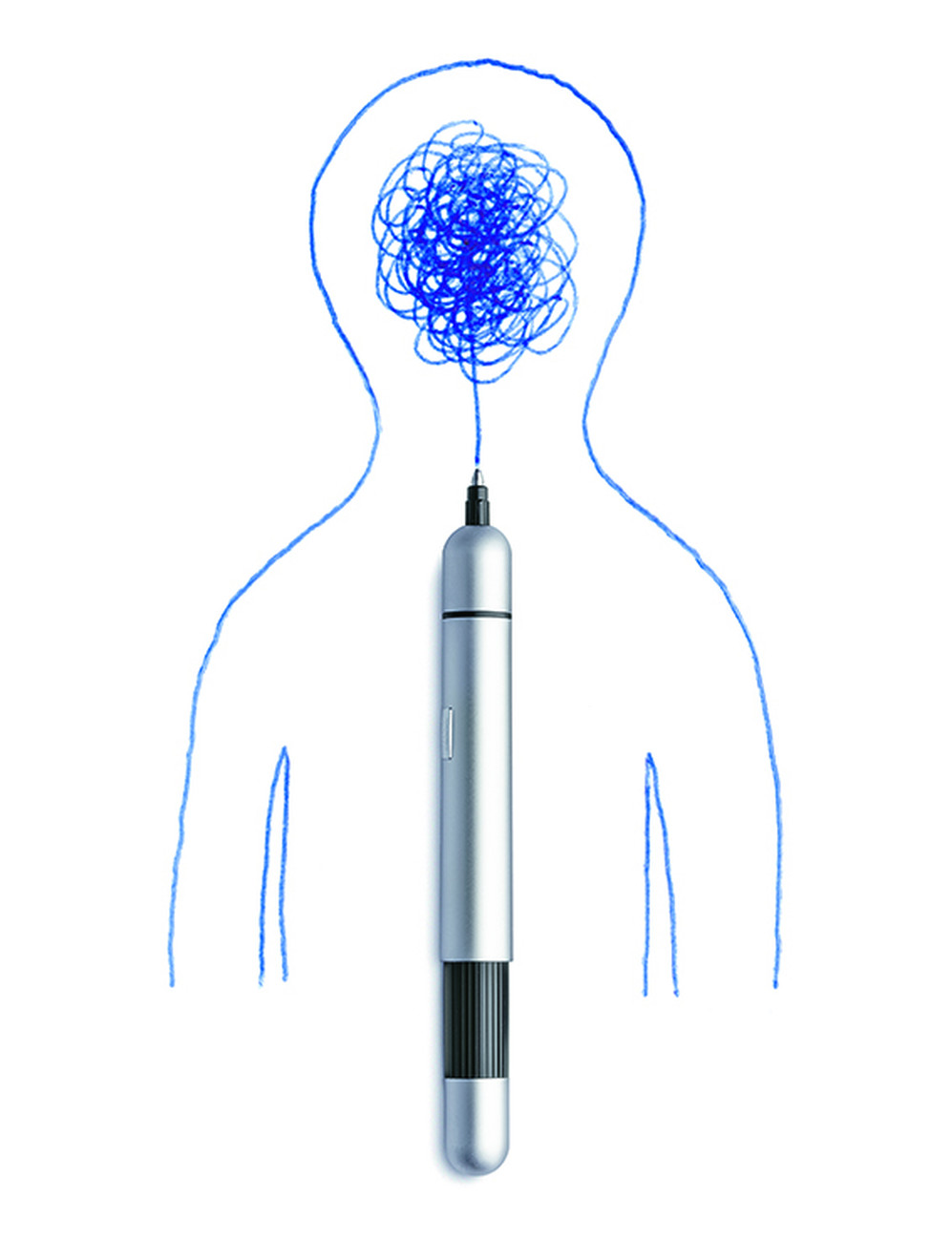