They call it archetype

What is the industry missing? A barn! This, simply put, was the solution the Prussian Cultural Heritage Foundation came up with – after several competitions – for the somewhat deprived urban landscape that is the Berlin Kulturforum. And financed by Culture Minister Monika Grütters, the barn in question – namely, the “Museum of the 20th Century” – shall be built by Swiss architectural office Herzog & de Meuron for 200 million euros. A “depot, a barn, a station, a temple” is to be created here underneath an enormous saddle roof. Looking at his model, Jacques Herzog also comes up with the word “riding arena”. But the horses will have to stay outside, as what is needed here is “a place to store, hold stocks, a space of encounters and connections, of silence and perception”. All of this will certainly fit into the multipurpose hall, which in aesthetic terms is, well, restrained.

The design is jazzed up verbally. Senate Building Director Regula Lüscher cites the compulsively profound accompanying text provided by the office, exclaiming “Such a beautiful text!” as though it were not in fact more important to “read” the plans and models provided. But because the new museum “needs a soul” it has to first be discussed in depth and declared an “archetype”. “A HOUSE” to be exact. No doubt about it.

Whether archetype or run-of-the-mill architecture, the brick structure will offer no competition to its neighbors – which the jury was unanimously pleased about: Mies’ National Gallery and Scharoun’s Philharmonie are to remain the uncontested “divas” here. In terms of urban development, Herzog & de Meuron’s design is a zero solution, as it is unlikely to change the course of Potsdamer Strasse with its heavy traffic or the failed piazzetta at the heart of the Kulturforum.

At least the public will be making trails straight through the new museum. To make this movement between the Staatsbibliothek – the national library also designed by Schauron – and the Gemäldegalerie possible, an “exterior space in the interior” shall be created, with paths crossing on pedestrian boulevards on two levels. In the “basement” it would be possible to create a direct connection to the Nationalgalerie. Another suggestion, one of many subjunctives. At the very latest following their design for the Elbphilharmonie realized in Hamburg, the office’s trademark seems to be: “Our designs are never complete!” In line with this motto the architects announced in their competition entry that they would be wanting to discuss the details of the final draft’s shape and usage with the museum curators. An “openness” not only Hermann Parzinger, President of the Foundation, seems to find downright delightful. So the chosen solution is one typical of Berlin’s policies, especially those related to urban development: Just put it in cold storage. There ought to be enough space for that in this Great Hall of art. 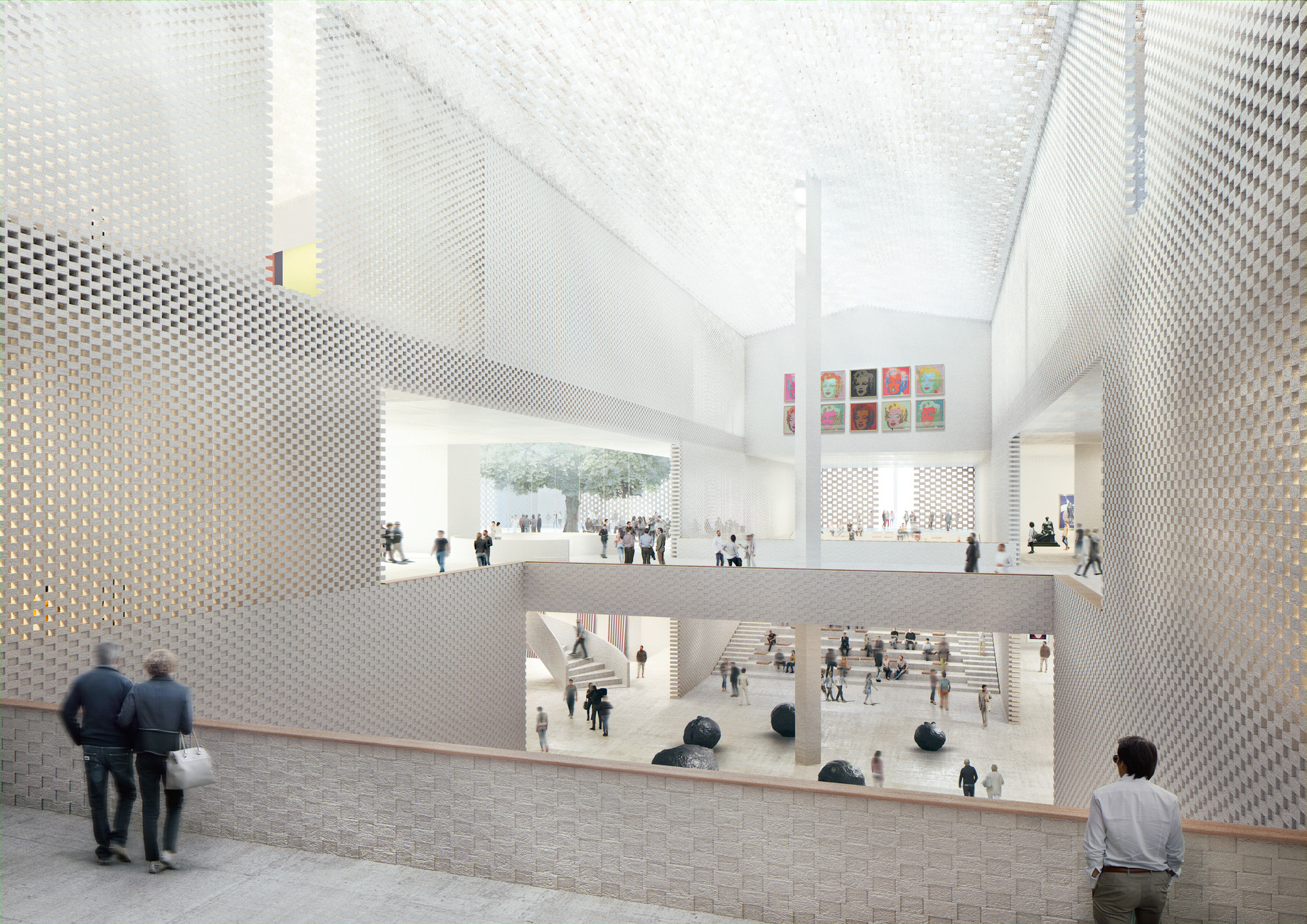 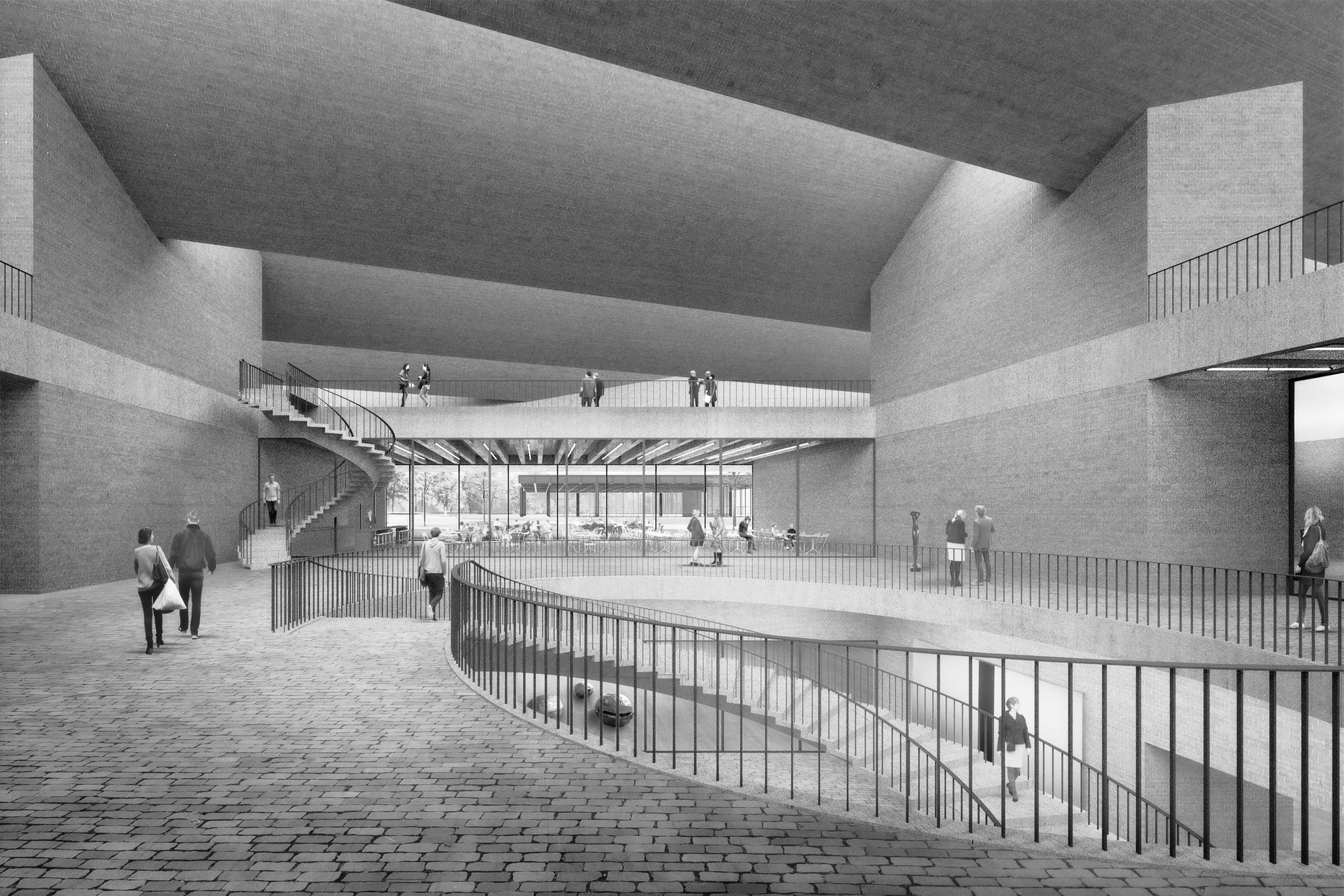 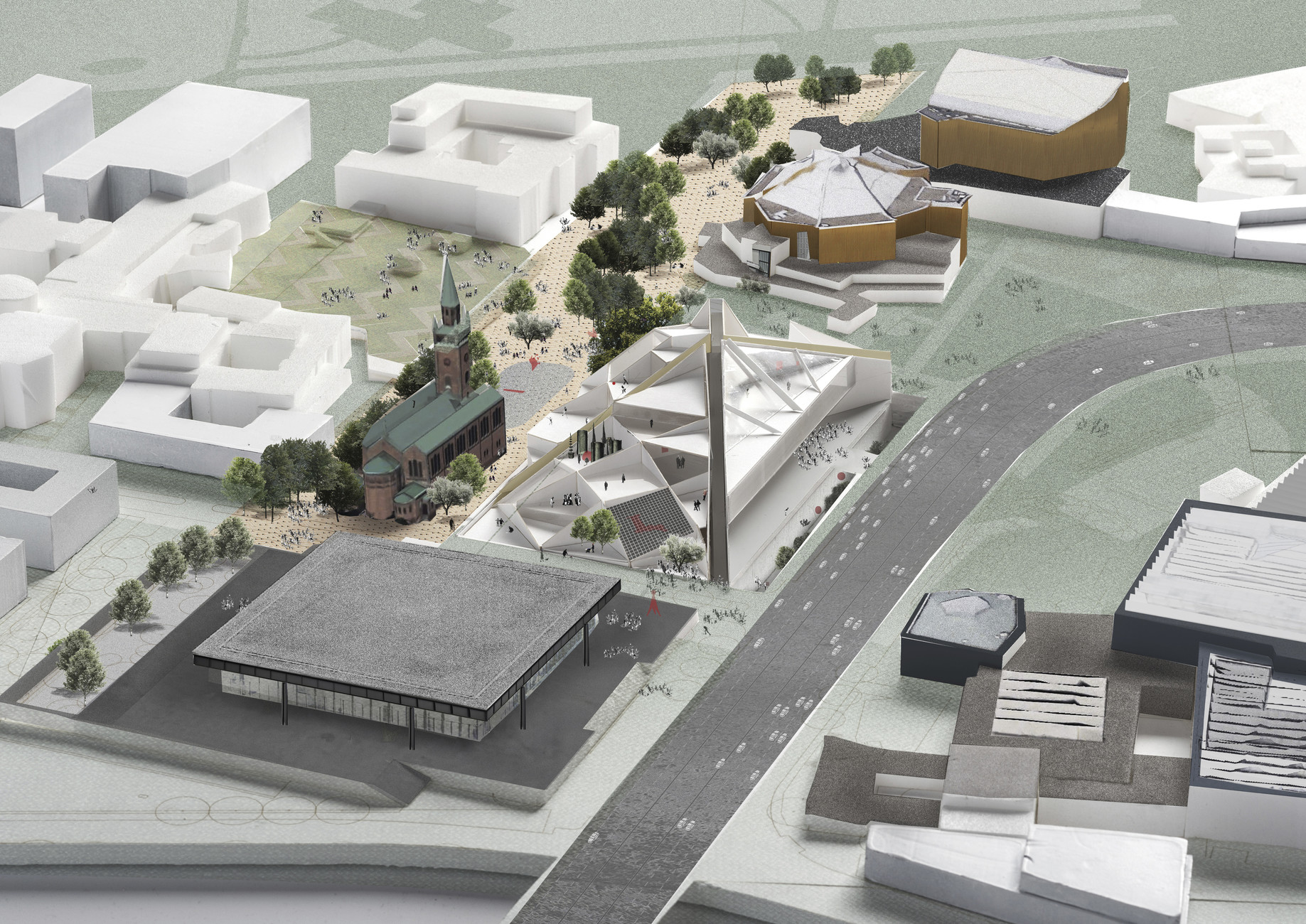