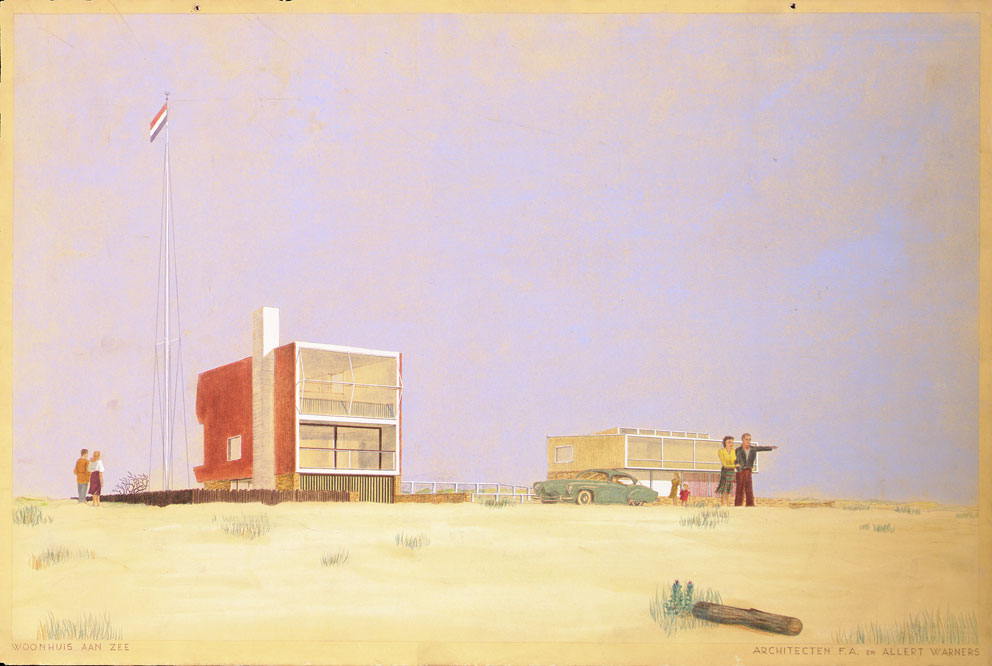 Modernist holidays: houses in Santpoort in the middle of the Dutch dunes by Philip Anne Warner. All images © Collection Het Nieuwe Instituut

On arrival Rotterdam was true to form: The world had turned dark grey and there were heavy showers, summer seemed far from endless. But not for archivist and curator Alfred Mark, who guided me round the well-tempered Dutch archive in Het Nieuwe Instituut and gave me a small taste of what was to come with the exhibition “Summer Dreams”. And it was he who sifted through the collection to find architects’ drawings that intimated their notion of summer for the show.

Alfred Mark hefts a portfolio onto the table. He carefully peels a drawing out of the protective envelope of tracing paper and shows me a drawing of various flower blooms. Blooms? I thought I was going to find out about architects and their summer dreams or their dreams of summer? Well, the curator explains, he came across a few drawings that were more romantic in thrust, possibly minor exercises that had little to do with the buildings for which an architect became known.

Such as those as are displayed in the 1892 study of flower blossoms by Dutch architect Johannes Ludovicus Mathieu Lauweriks. Or in the drawing by Koen Limperg dating from 1937: A simple page from a sketch block showing two women sunbathing; they evidently caught Limperg’s eye when traveling to Ascona. A little clumsy the way he applied the paint, but better than any photo, where, after all, there are often the one or other detail of the sun-worshippers none of us really want to see. Some things really are better left to the imagination.

Less dreamy the drawing by Michel de Klerk, albeit decidedly naturalist. We see a home that feels as historical as it feels modern, lined by trees on one side and the sea (or is it a canal?) on the other. The peaceful scene is illuminated by a dream of a sunset. How on earth have we grown to tolerate all those super-gloss renderings that trigger nothing in us other than unadulterated boredom! Architects, dedicate yourselves to drawing again!

In the Van den Broek en Bakema studio, the idea on modern summer vacations were more down to earth. Alfred Mark skillfully extracts another drawing from between the rolls and portfolios. It presents bungalows among trees, an rubber dinghy lazily bobbing in the water in the foreground. The patios in front of the houses (what else?) pretty women in bikinis, men on deck chairs (snoozing, no doubt) and a couple having coffee together (there’s a pot to be seen). The setting has a touch of the “Mad Men” series about it, and yes it dates from the 1970s. And outlines the then new form of Modernist holidaying: the “Center Park”: A well-kept complex filled with well-shaped architectural nature rather than surprises, and any number of sports facilities for the modern family with 1-3 children.

So if any of you happen to be missing the summer, then simply head for the “Summer Dreams” show at Het Nieuwe Instituut in Rotterdam: an “indoor program” that is thankfully not seasonal. Or, to put it differently, we’re turning down the heat: Our series of “Hot Spots” has come to an end. So start looking forward to an Indian Summer.

Hot spots – The Bridal Veil of Sancy: Architect Louis Sicard has installed a shower in the Auvergne for elves, fairies, dwarves and hikers. 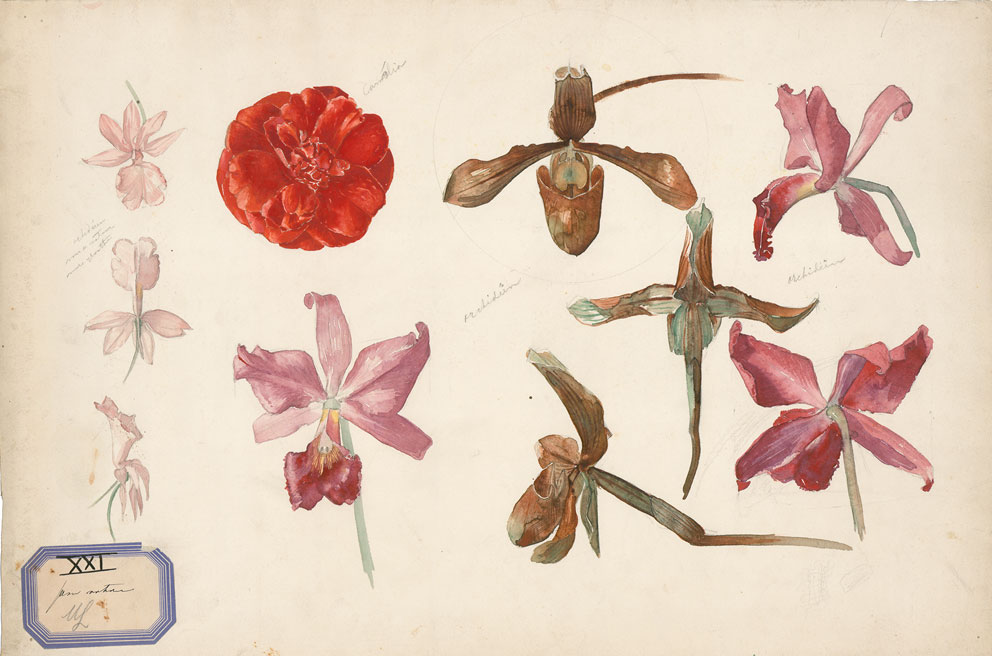 The beauty in flowers: Lauweriks called his drawing of 1892 "After Nature". 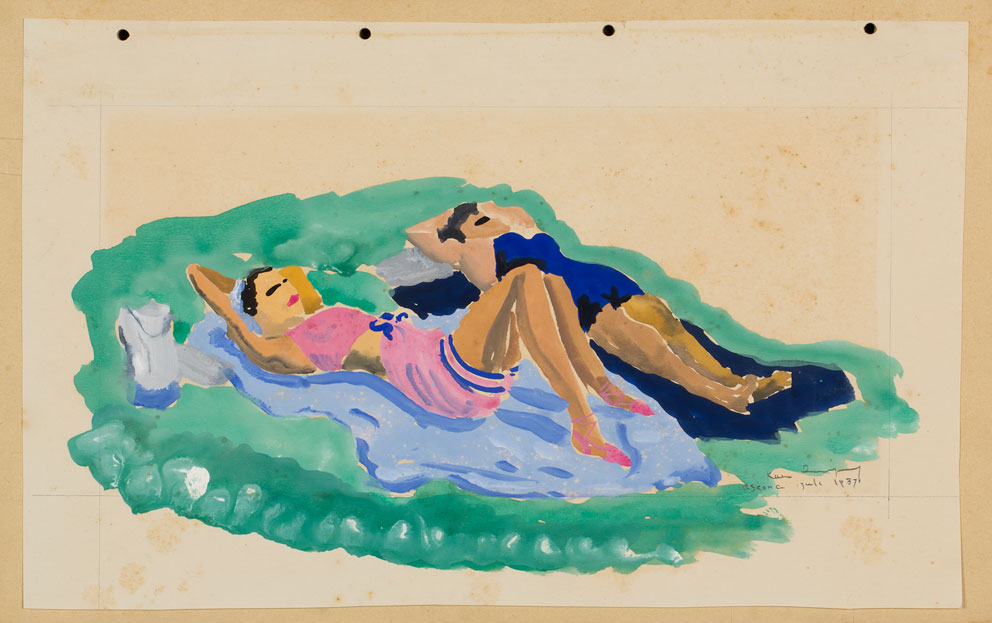 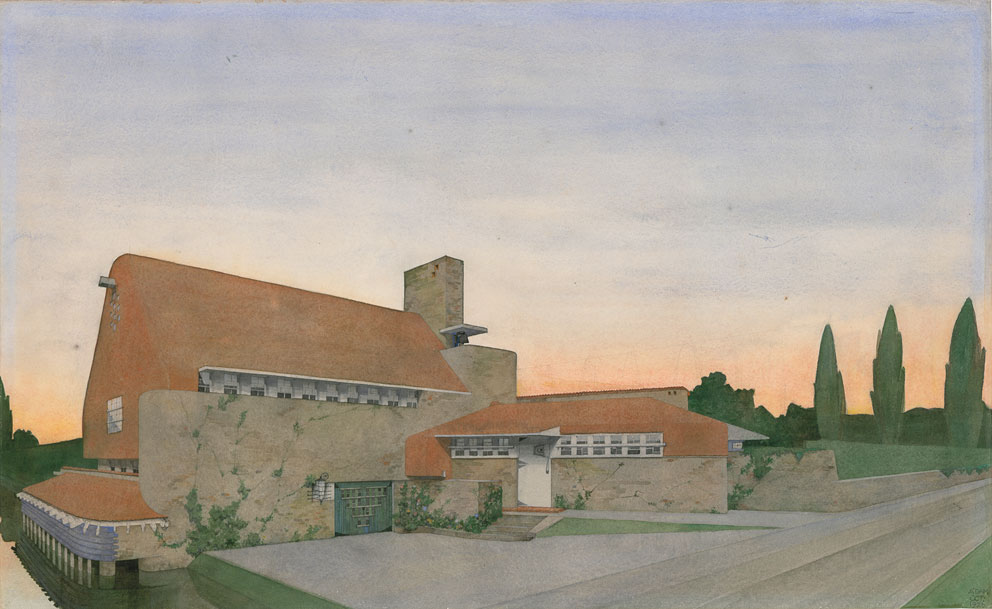 Better than any rendering: Michel de Klerk’s design for a residential building in Wassenaar (1923). 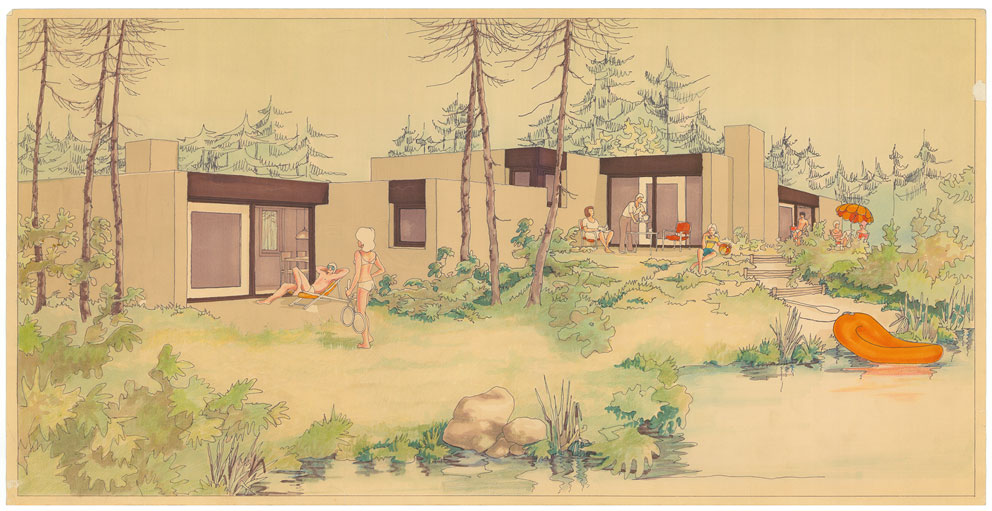 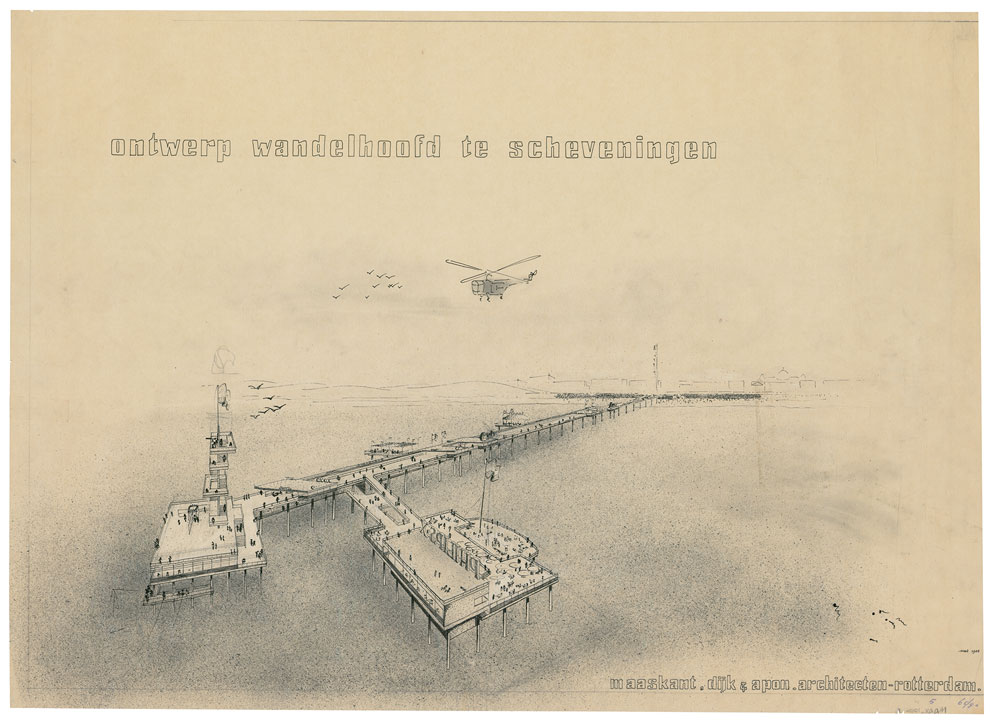 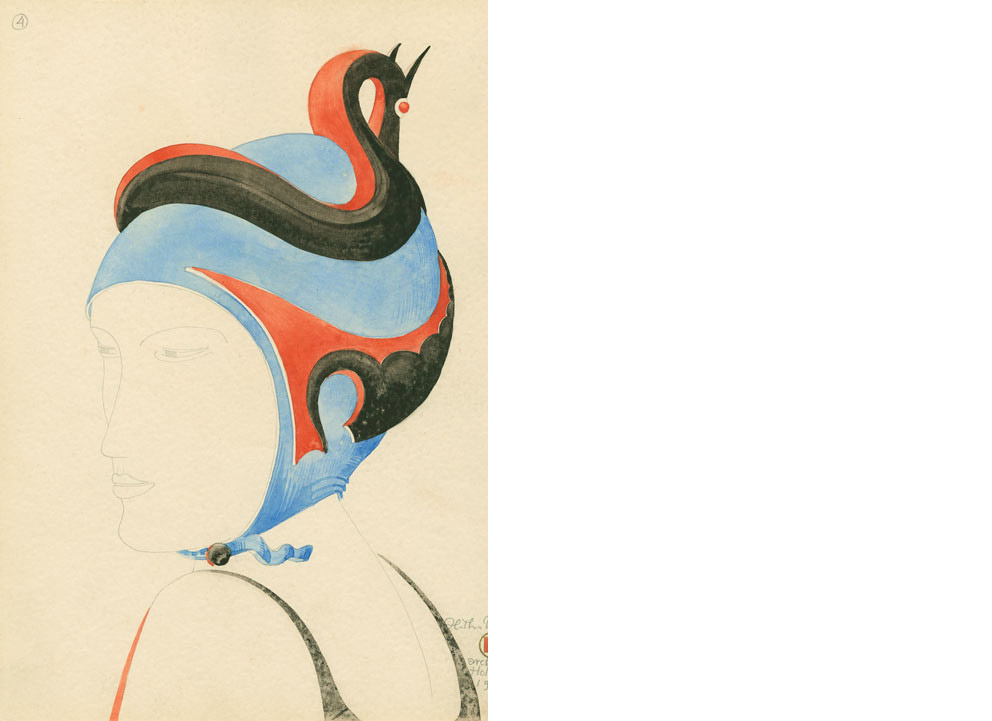 Also the head will be well designed: Hendrik Th Wijdevelds design for a swimming cap from the year 1932.
Advertisement