There are plenty of folding tables around. Yet with “Lot” for Tecta, Wolfgang Hartauer has succeeded in designing one that is not only functional, but also aesthetically appealing. The key feature of “Lot” is a semicircular element that rotates about its own axis and when necessary serves to support the tabletop that can be folded out on one side of the table. The principle is similar to the freestanding or wall-mounted folding table, but looks a whole lot better. Hartauer’s idea was to create a movement that is read from the mere shape of the table. Moreover, the product features rollers, meaning it can be easily moved around the space.

Not only the ingenious supporting element, but also the semicircular form at both ends of the table produces a striking geometrical interplay in dialog with the robust table supports. Although particularly impressive in solid oak or walnut, “Lot” is also available veneered or varnished in natural, black or white. The standard size has a width of 180/240 cm, a height of 74 cm and a depth of 90 cm, with the possibility of custom-made tables offered. (mm) 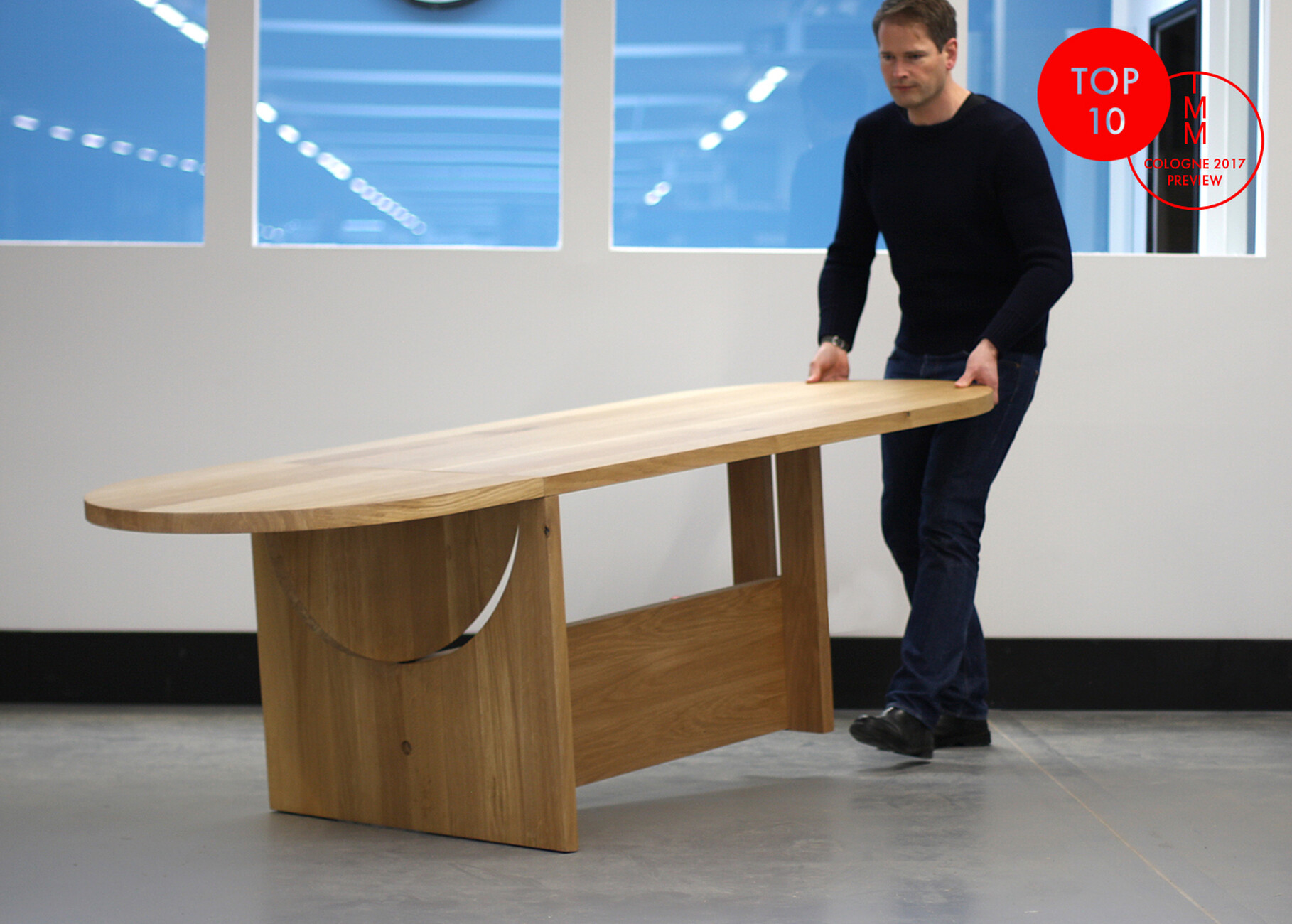 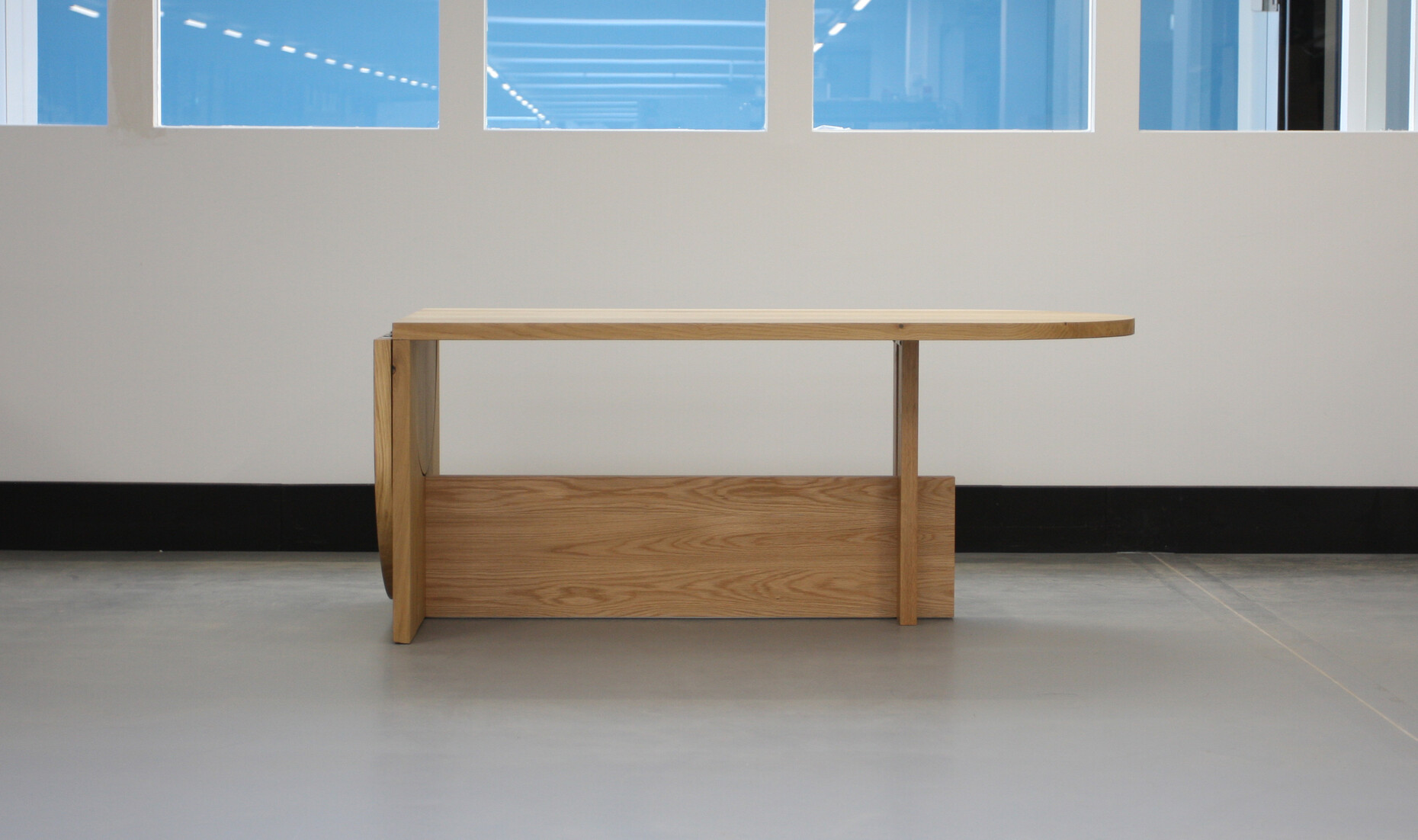 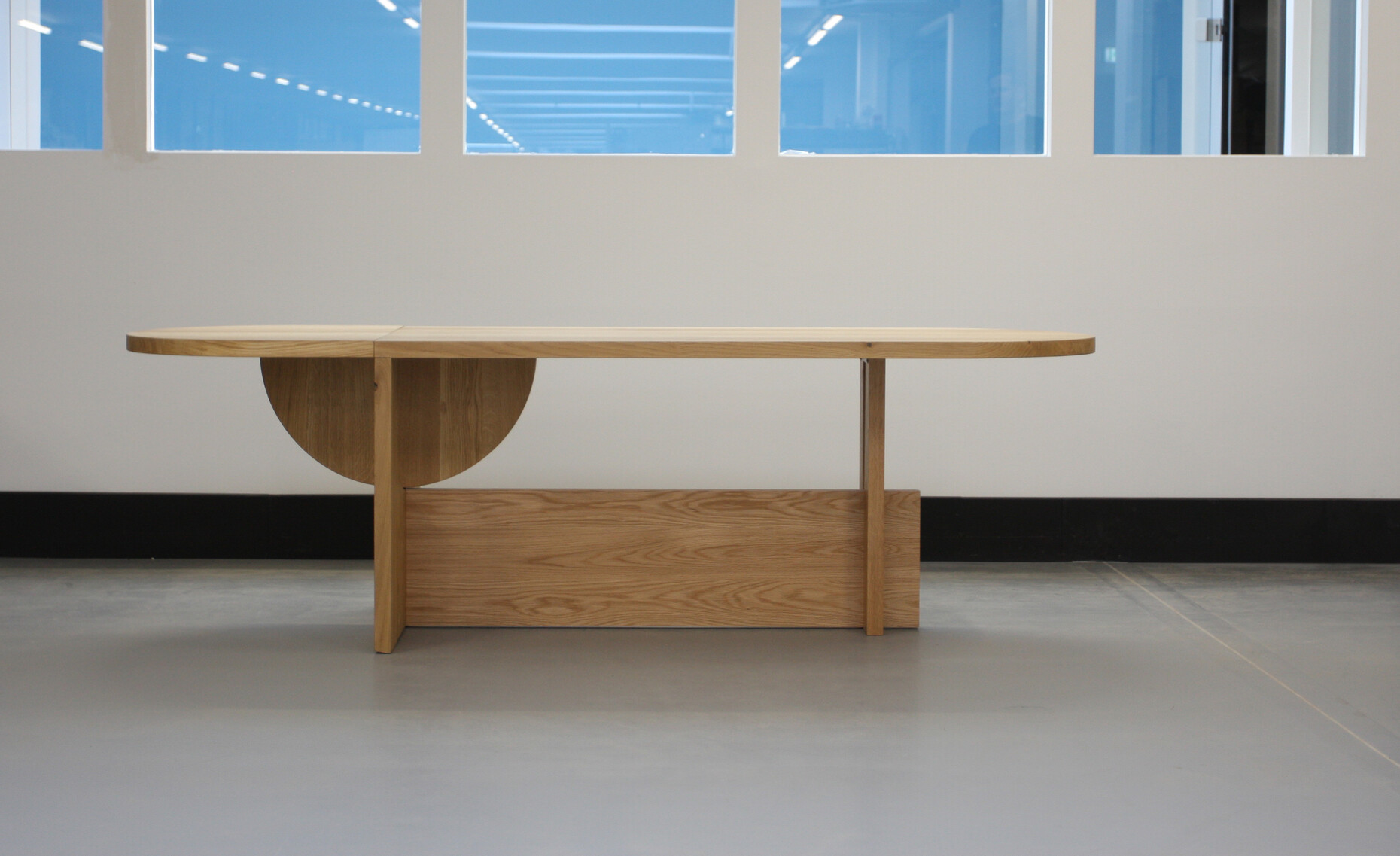 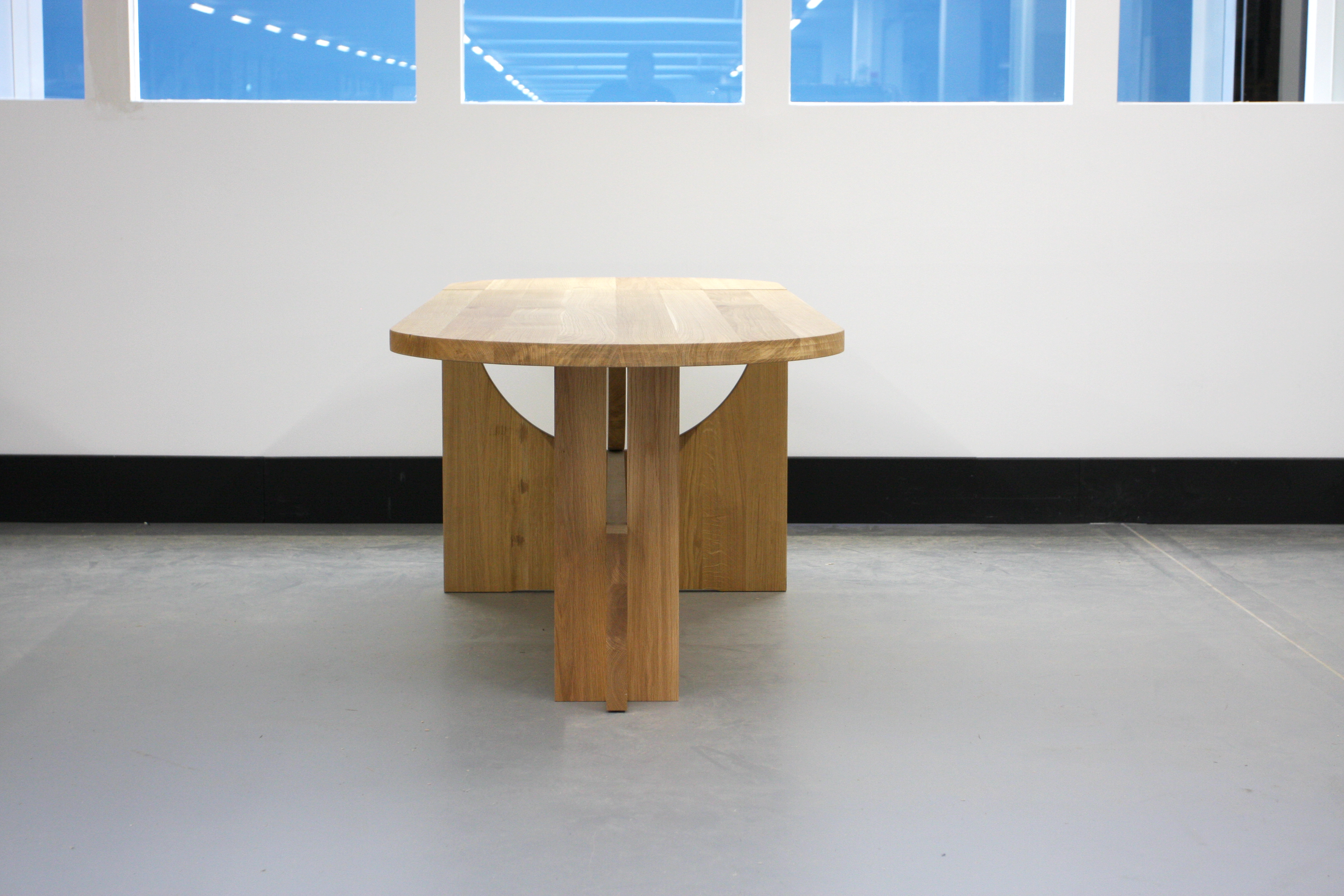