A fresh interpretation of a classic: “Above” by Mads Odgård for Louis Poulsen
12/21/2016

Designers find it fascinating to transfer existing design into a new era. A good example is the cone-shaped lampshade. Back in 1999 with his “Mayday” for Flos, Konstantin Grcic showed how this classic design can be given a new character. More recently we saw another example, by Swedish luminaire manufacturer Wästberg, where with the suspended luminaires “w151” Claesson Koivisto Rune took up this thread and produced a much larger version.

Now Mads Odgård has topped it all. With “Above” the Dane has basically altered just three things about the classic, open conical shade: he extended it, made it opaque and added a handle. Now the luminaire looks as if it wants to be picked up and taken away. A practical feature: The lead is simply held by the curved, handle-like element. Made of aluminum, “Above” is available in four different sizes, comes in matte black or matte white. Its sturdy, self-explanatory appearance is in line with Odgård’s design approach of keeping things simple and making the earth livable. (mm) 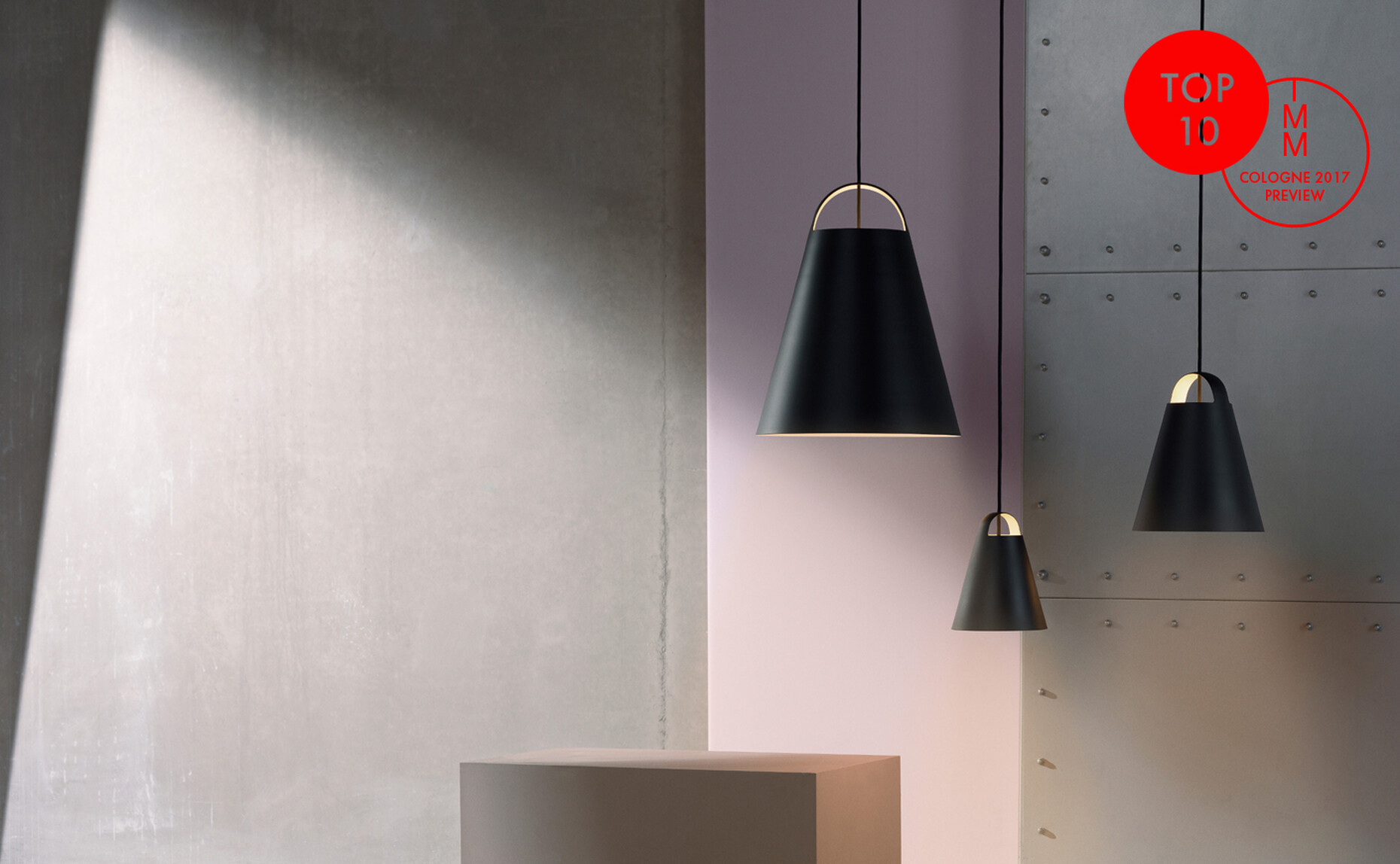 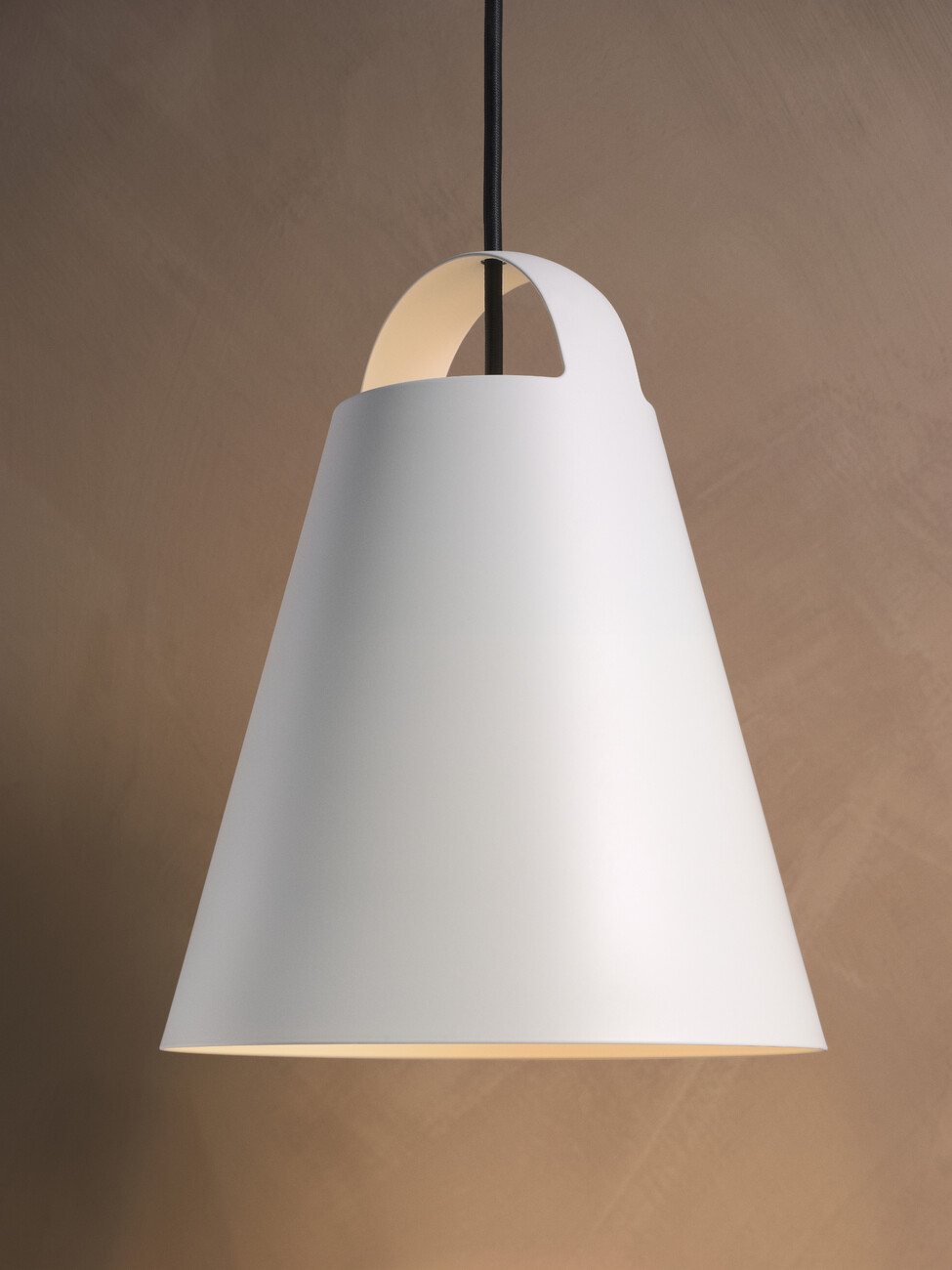 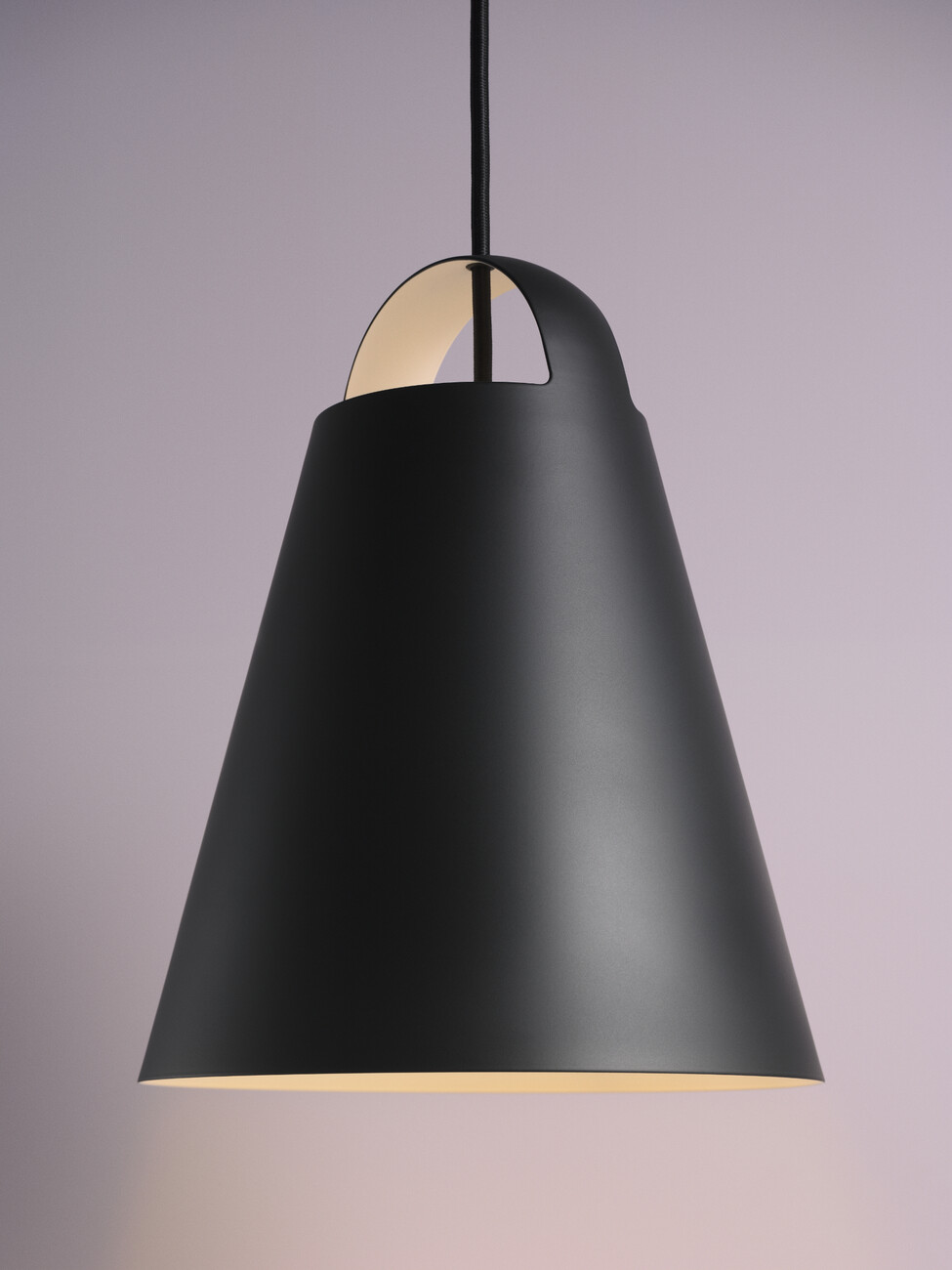