top
Insights into the thick of things
by Nancy Jehmlich | Dec 21, 2010 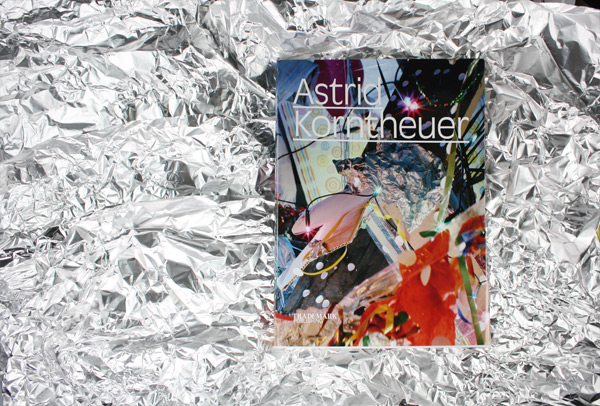 The book reminded me of an old story from my childhood, namely my scrapbook with its silver-foil contents. An unused exercise book for music (I am to this day not particularly musical) offered me a place where I could preserve a few delicate foils that were of immense value to me. They had mainly served previously as clothing for chocolate Easter bunnies and Santa Clauses. I carefully unfolded each foil, smoothed it with my finger nails, and preserved it for posterity between two pages. With each new foil the exercise book grew thicker and my pride swelled, like that of any passionate collector.

Astrid Korntheuer is interested in thickets, confusions, and games. And her pictures tell stories, be it the story of a party or the attempt to build a hut in a children's room with which to fly to Peter Pan Land. The photographs in the first series show snippets, remains, scraps of light garlands, aluminum foil, corrugated cardboard, glitter foil, meaning a mass of materials in chaotic variety. It all seems to have been mixed up frantically, liberated from gravity. Spatial boundaries seem to blur, and spatial depth disappear. The result are images brimming over with different elements, devoid of a center or a point of orientation.

The book, sensitively designed by Antonia Henschel and brought out by Trademark Publishing contains five series of Astrid Korntheuer photographs. The images are presented in large formats, mainly on the right-hand pages, on tender paper that gleams slightly. Each series is set off from the one before it by the color of the paper. Starting with the artistic chaos of "Natures Mortes", which are introduced by bright yellow pages, via the arrangements of "Storytelling" in bright pink through to the image thickets of "Paintings" in bright green.

The "Glör" series, for example, presents a temporary state of nature. Wild brush, bushes, grass, small trees. The images lack a horizon and we see nature without a secure future, taken in a mixture of daylight and the light of the coming night, captured 23 minutes after sundown. These are calm and melancholy images in which, despite all the evident chaos they convey, what is represented almost completely dissolves and blends to form an evenly structured mass. Meaning they form a beautiful counterpoint to the series of "Natures Mortes", in which artificial brush, made from industrial products, capture the eye.

The book design likewise forges a link between the outer world and the inner images. The dust jacket presents an enlarged section of the first photo from inside the book, from the outside we have a small window into the world of Astrid Korntheuer. The cover itself is completely covered in a print of wrapping paper as if the book was a precious gift, one full of stories. 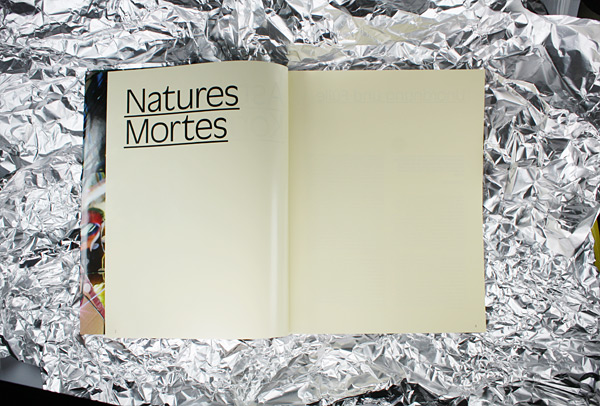 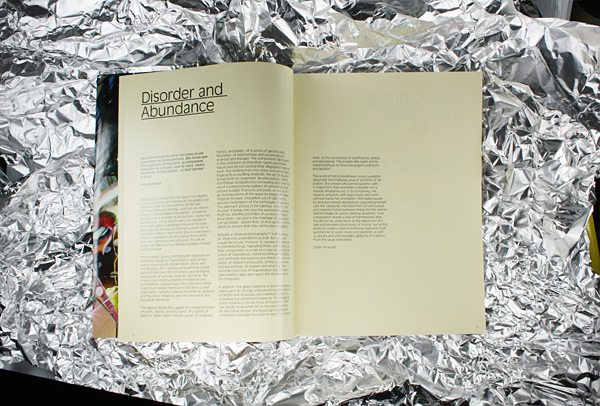 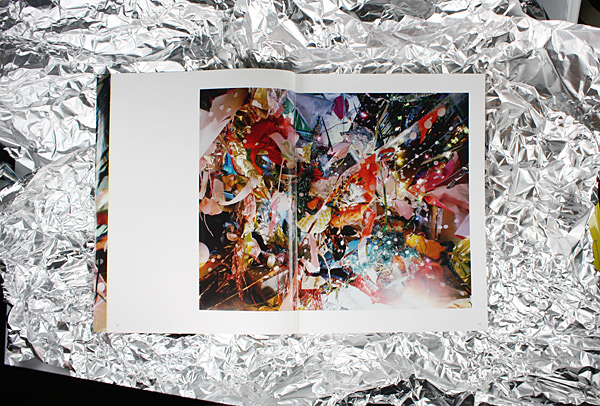 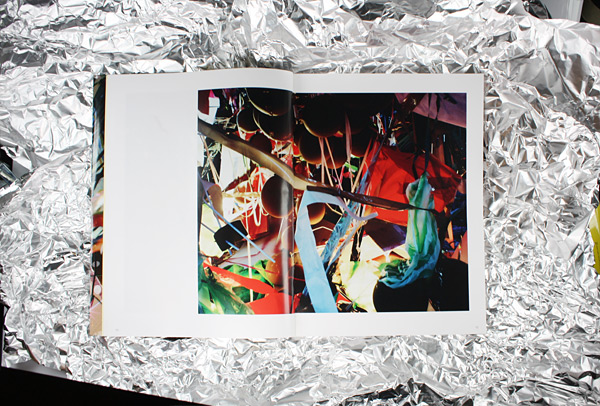 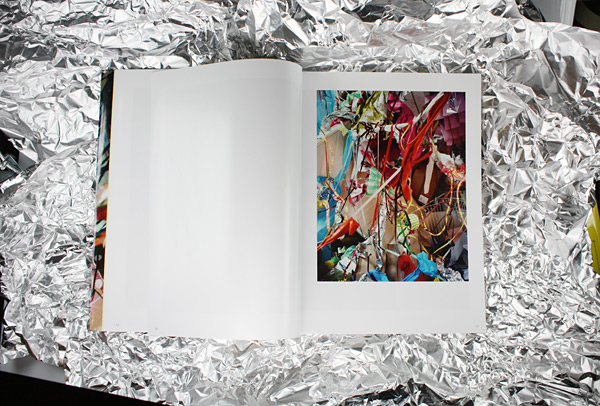 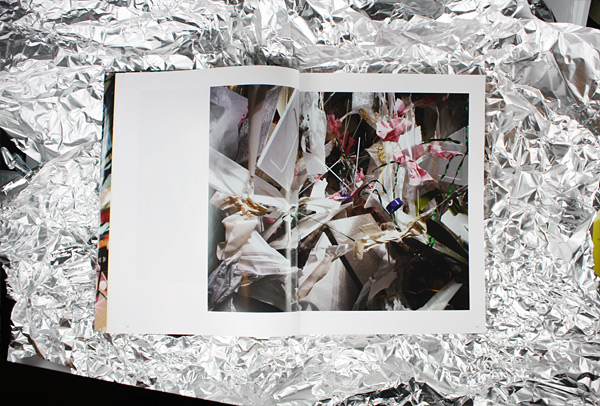 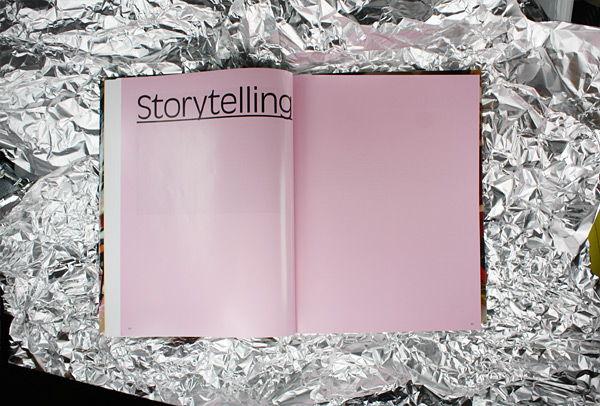 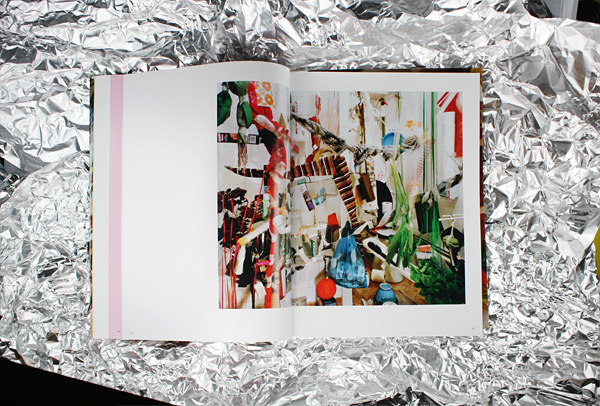 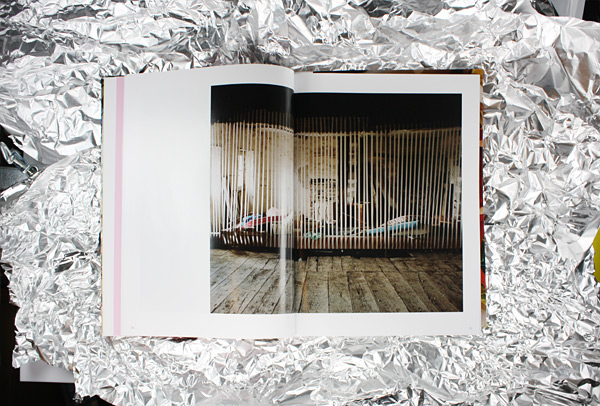 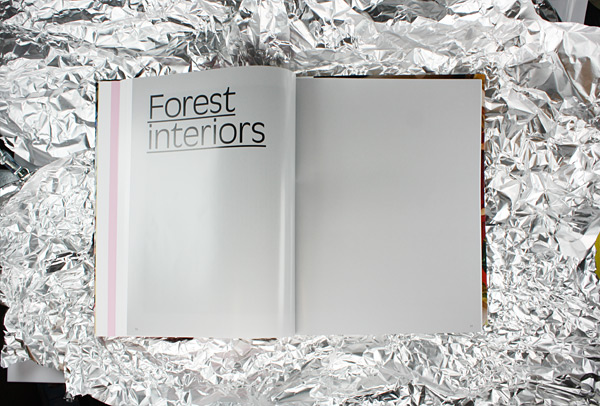 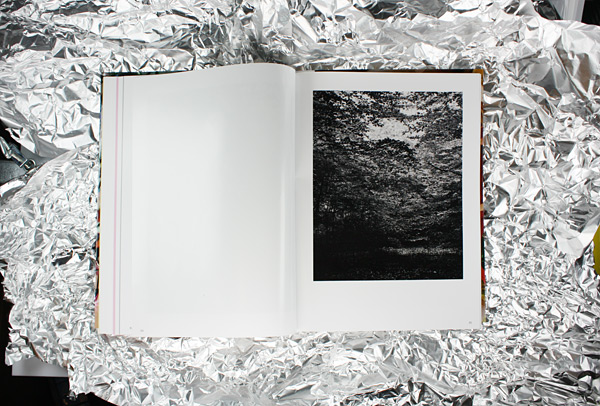 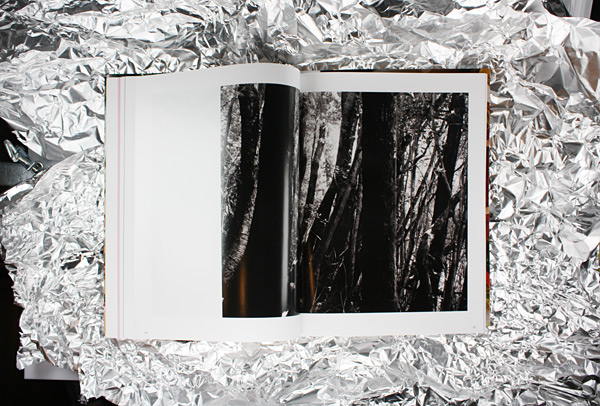 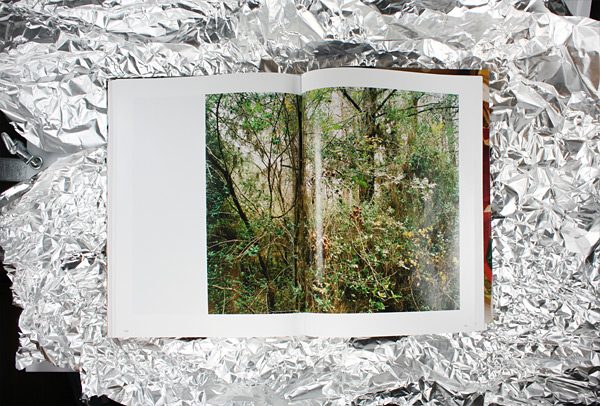 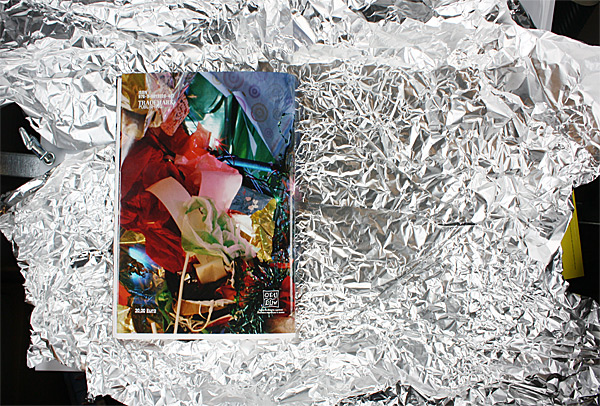