To make sure nothing gets lost

Materials shouldn’t be condemned to the garbage, but rather re-introduced to the value chain. A genuine circular economy relies not only on recycled materials, but also on return systems.
by Martina Metzner | 5/9/2017

You need a pioneering spirit to revisit well-established materials cycles or develop new ones. Someone who is truly inventive in this way is Copenhagen’s Klaus Samsøe. Together with his brother Perben Samsøe he founded the now international fashion label Modelabel Samsøe & Samsøe in 1985 – and it was from the very outset a paramount example of an eco-friendly business. The fashionable Samsøe & Samsøe clothing is primarily made of organic cotton, recycled wool and recycled plastic.

In the course of his career, Klaus Samsøe was taken aback by how textile waste was – wasted. To date, only 25 percent of the textile waste that accumulates worldwide is recycled, although up to 95 percent of it could be recycled. In 2002 Samsøe joined forces with the Danish laundry association De Forenede Dampvaskerier to turned used sheets, aprons and clothes into clothing. It was the birth of Really. 15 years later Klaus Samsøe is standing in Milan smiling happily: His idea of using bits of old fabric not only to create new clothes, but completely new products, has become a reality. The young Copenhagen firm named Really uses old pieces of fabric to make construction boards, whereby the rags are shredded, an artificial resin added, and then pressed into shape. The final boards are 70 percent textile waste and 30 percent resin bond. The “Solid Textile Boards” as they are called are so rigid that you can sit on them, as British designer Max Lamb demonstrated in Milan with some creations of his own.

Max Lamb was the first person to be able to work with the innovative construction panels and find out just what they can achieve. The outcome: 12 benches that are up to three meters in length and which went on show at the Really premiere during the Milan furniture fair. Max Lamb explains that you can saw or drill the “Solid Textile Boards” just as if they were wood – with the difference that under the influence of heat they bend better than does the latter. He was particularly taken with the haptic quality of the “warm” material.

Anders Byriel, CEO of Danish textile manufacturer Kvadrat, was also present in Milan and was satisfied with the results: About five years ago Kvadrat acquired a 52-percent stake in Really. A masterful move, as Kvadrat not only provides the “raw material”, the textile waste used for the boards, but also facilitates distribution of the boards in the furniture and interior architecture segments, not to mention having links to renowned designers.

Boards made of textile waste

Really and Kvadrat are by no means the only companies thinking hard about how to advance the idea of recycling and anchor it in production processes. In 2009, some leading US corporations including Nike, Patagonia and even NASA joined up and founded “Launch” as they felt mass-market articles should no longer be produced, consumed and then thrown away. A spin-off, “Nordic Launch”, features companies such as Ikea and Kvadrat, but also the Danish Environmental Agency. All the participating companies share a motto: The future must center on a circular economy. Nike, for example, already obtains more than 70 percent of the materials it uses from its own recycling processes. To really close the circle, you can now return sneakers that have fulfilled their purpose to a Nike Store near you.

The circular economy of the future

In the fields of furniture making and interior fit-outs, the circular economy is still essentially in its infancy. That said, young designers are enthusiastically tackling the issues with an open mind. Such as WooJai Lee from the Design Academy Eindhoven, who last year mixed newspaper and an adhesive to create recycled “Paperbricks”. One model of his benches made from these “Paperbricks” will be on display at the Interzum special “Circular Thinking” zone in Hall 4.2.

“We decided to call the special zone and the congress at the Interzum ‘Circular Thinking’ because upcycling is not really new any longer,” says Sascha Peters, the Berlin-based materials expert who has curated the special zone and is congress director. Using waste to create new products is pretty much old hat, if one thinks of woodchip or MDF boards that were invented back in the 1970s. Today, Peters suggests, the focus is far more on a truly circular economy and the question how materials can be retained within the cycle without their quality becoming impaired. Best to use “pure materials” or composites if the individual elements can be re-extracted from the matrix. Sadly, only a few companies offer products made from materials sourced in this way. US office furniture maker Steelcase, for example, markets an office chair that can later be returned to it, and the individual parts recycled. The problem, Peters confesses, is that customers simply do not yet return the products. And he adds that companies need to create structures alongside their production facilities that then handle returns and reprocessing.

One company working on such an idea is Sweden’s Bolon. In 2014, the manufacturer of PVC tiles installed a recycling plant on its own grounds to reprocess its own waste and also outside waste. The resulting materials then functions as the backing for the PVC tiles, for example for the “Flow” carpet tile collection, which are 33-percent made of recycled material. It’s a start, albeit initially in down-cycling quality, as the regained materials do not yet possess the same properties as the original material.

There seems to be quite a way to go until a functioning circular economy is in place – and everyone involved must weigh in, the companies, the consumers and not least the politicians. It is simply not enough for firms such as De Vorm from the Netherlands to recycle plastic for their seating shells, Britain’s Camira to use polyester yarn obtained from plastic bottles for their fabrics, or Really to make boards from textile waste. That is only a beginning as all these products need to be recycled and re-injected into the goods and materials cycle. However, there is an increasing number of ideas going in the right direction. Not to mention that corporations such as Kvadrat/Really or Nike are making the topic “fancy”. Which could mean that consumers will find it “hip” to be part of the circular economy and wherever it makes ecological sense return things they have used to collection points where they can be turned into something new. 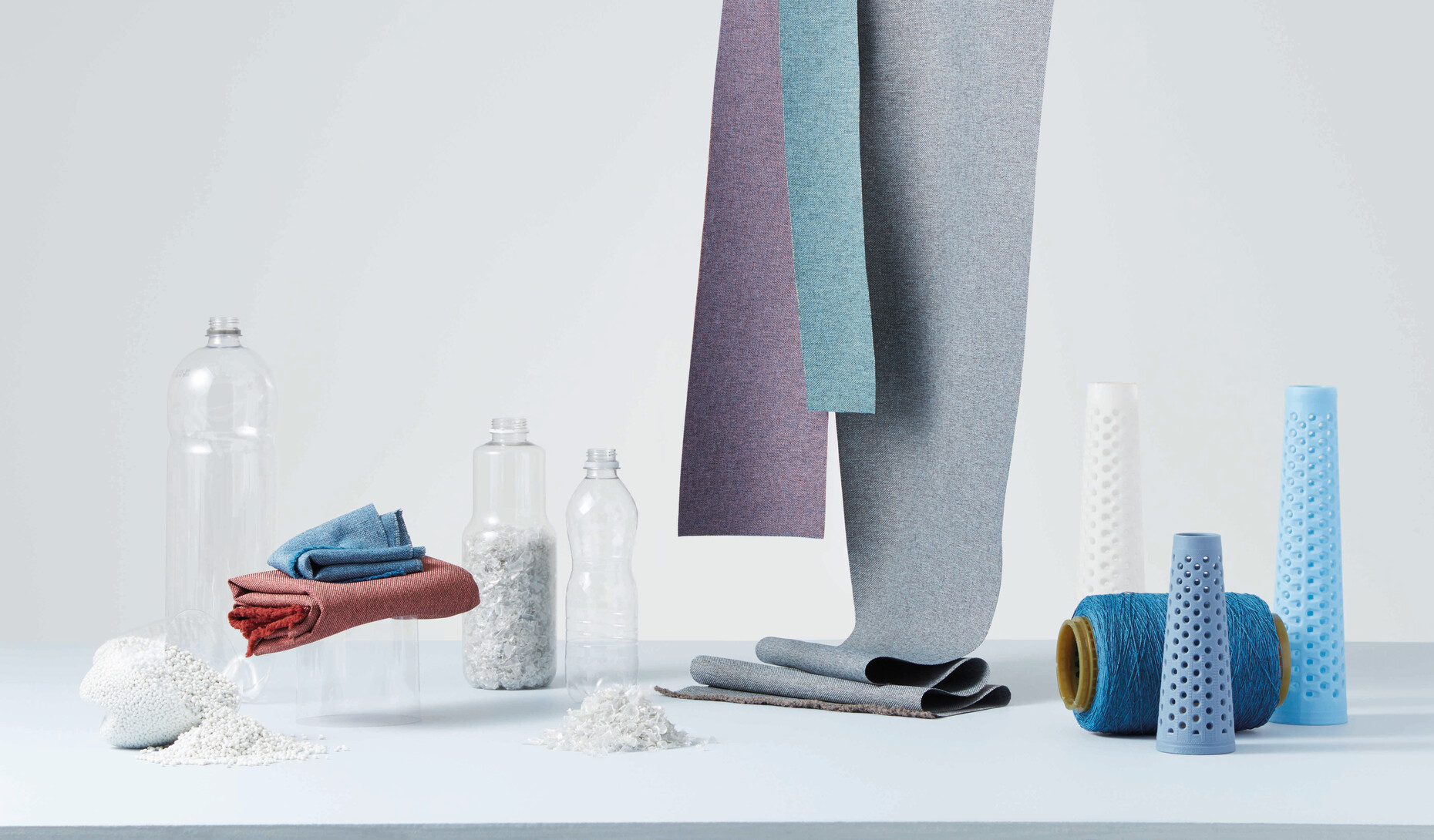 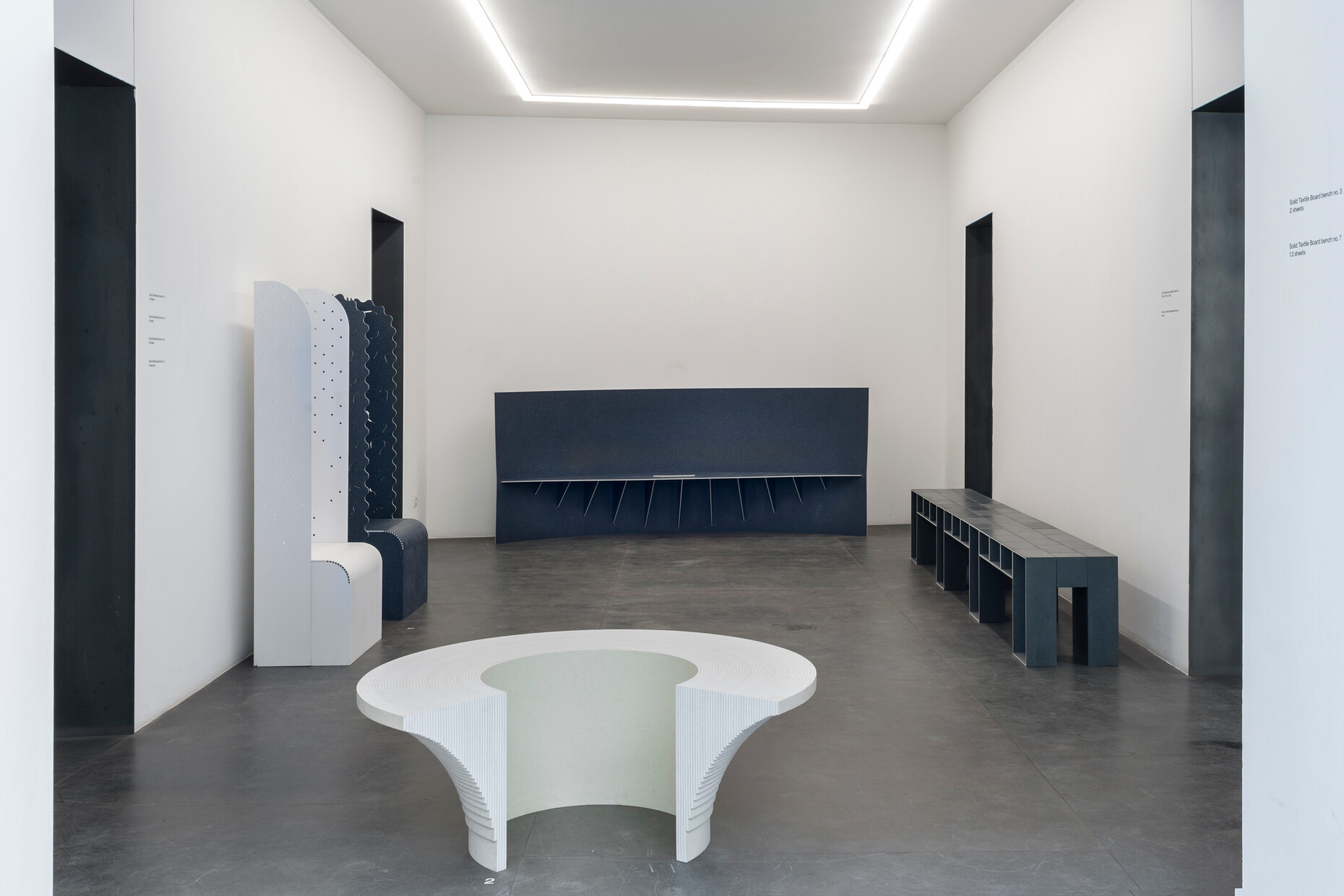 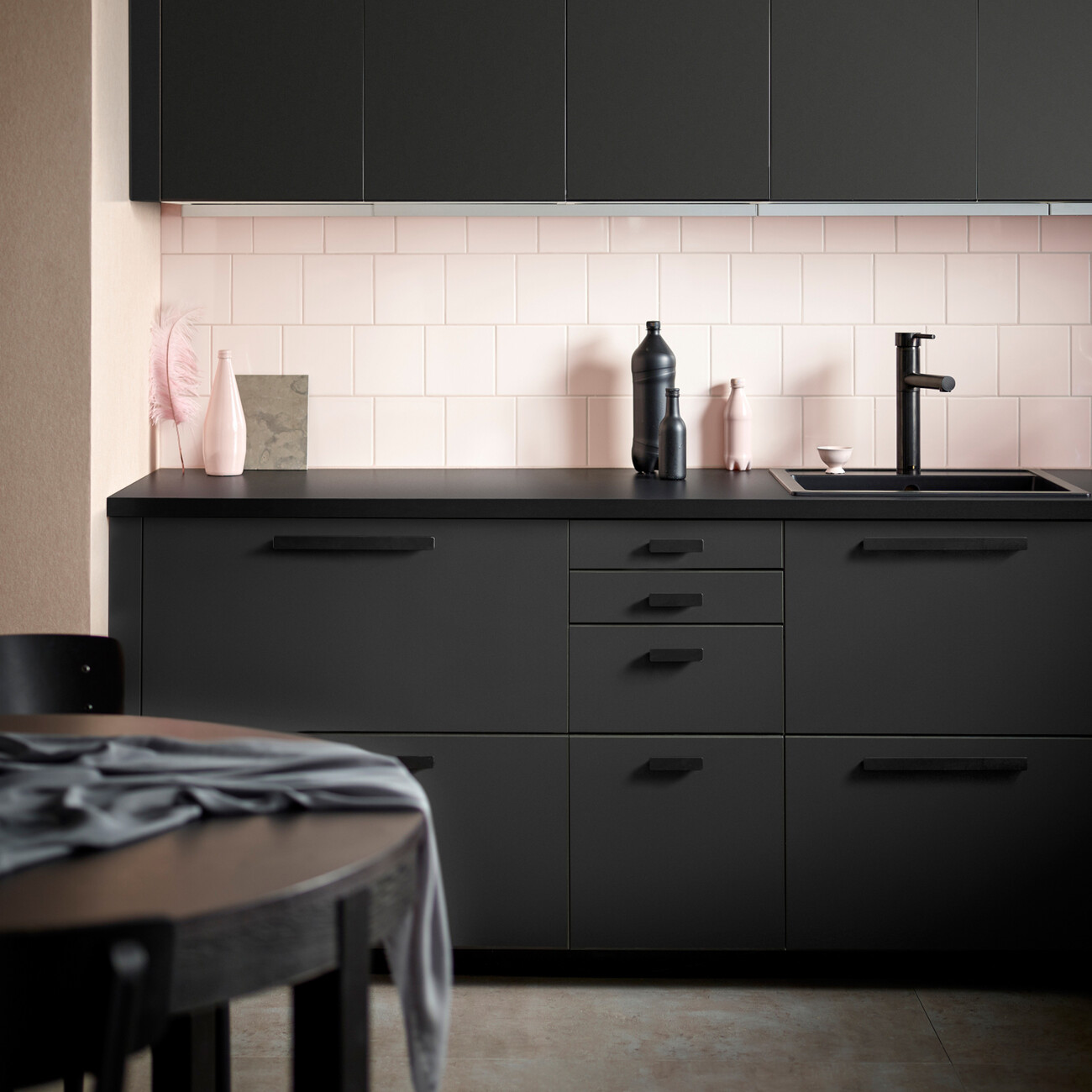 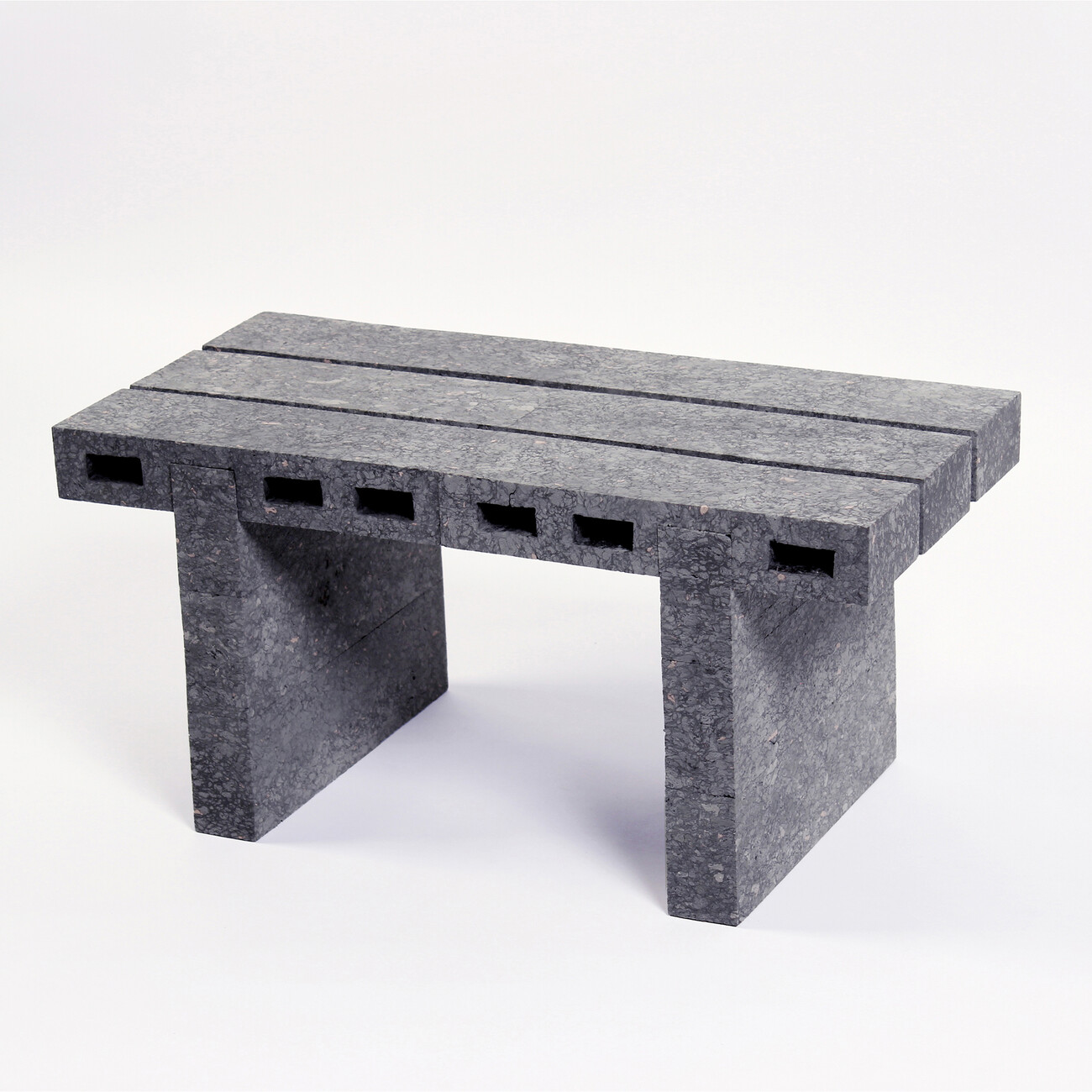 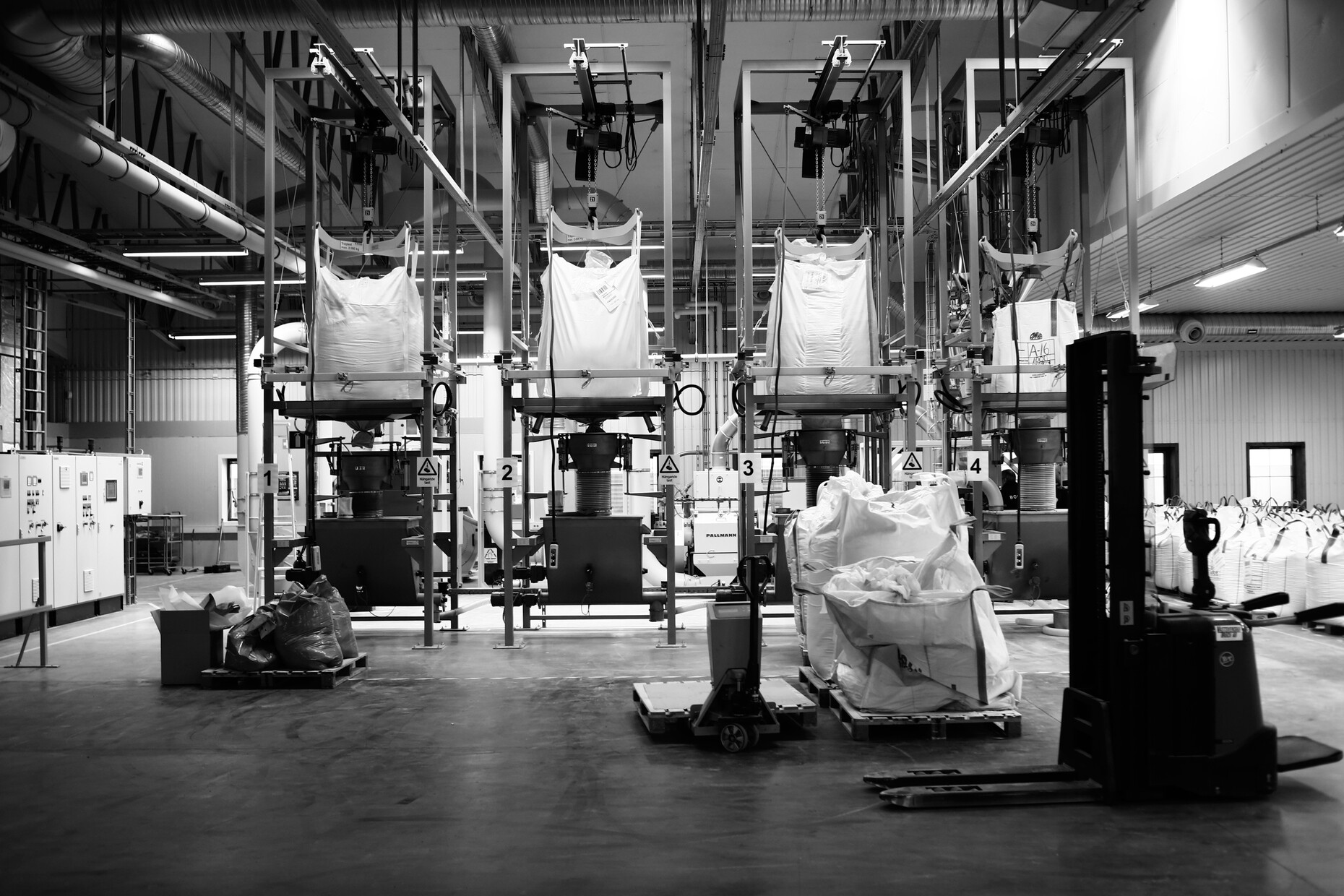 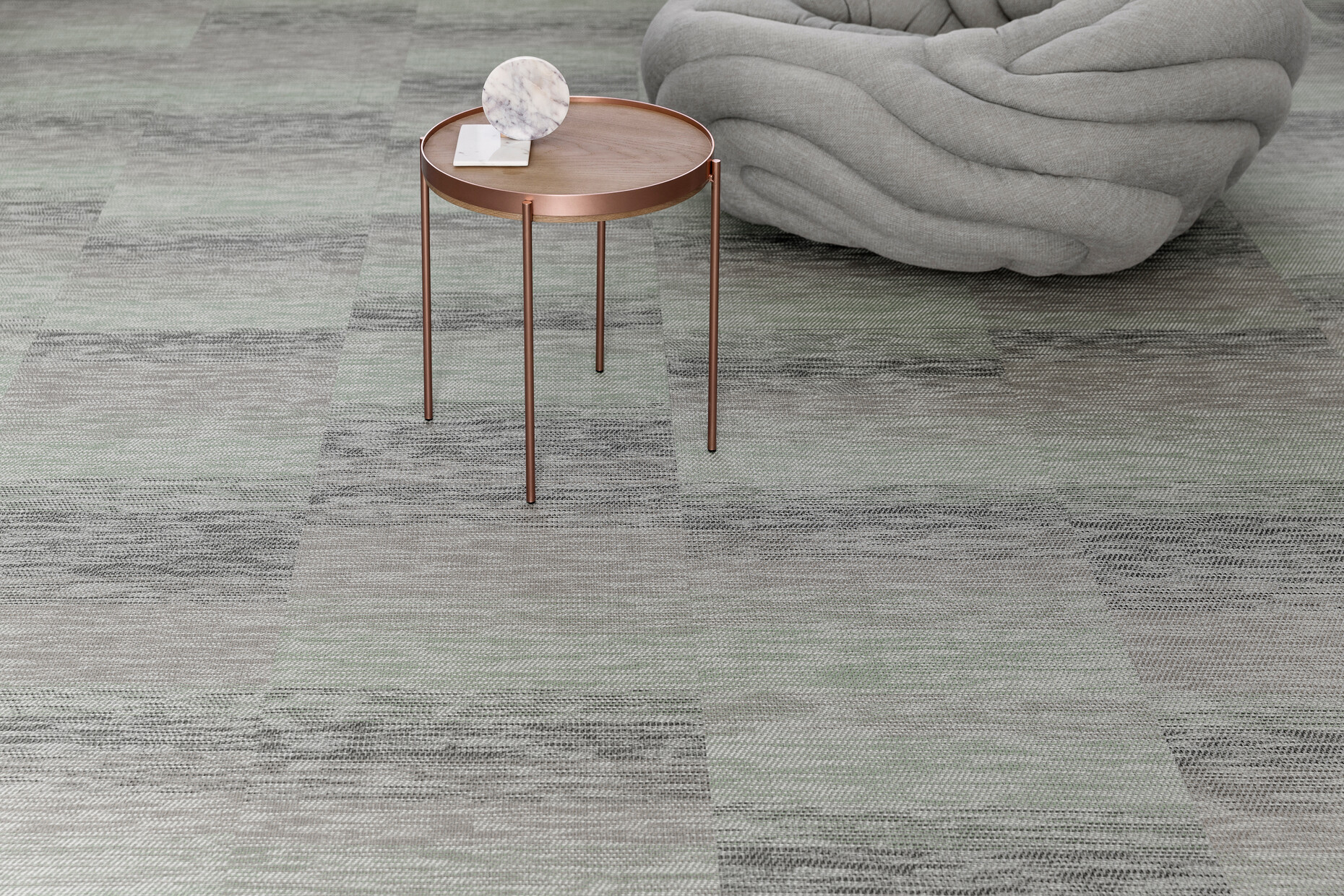 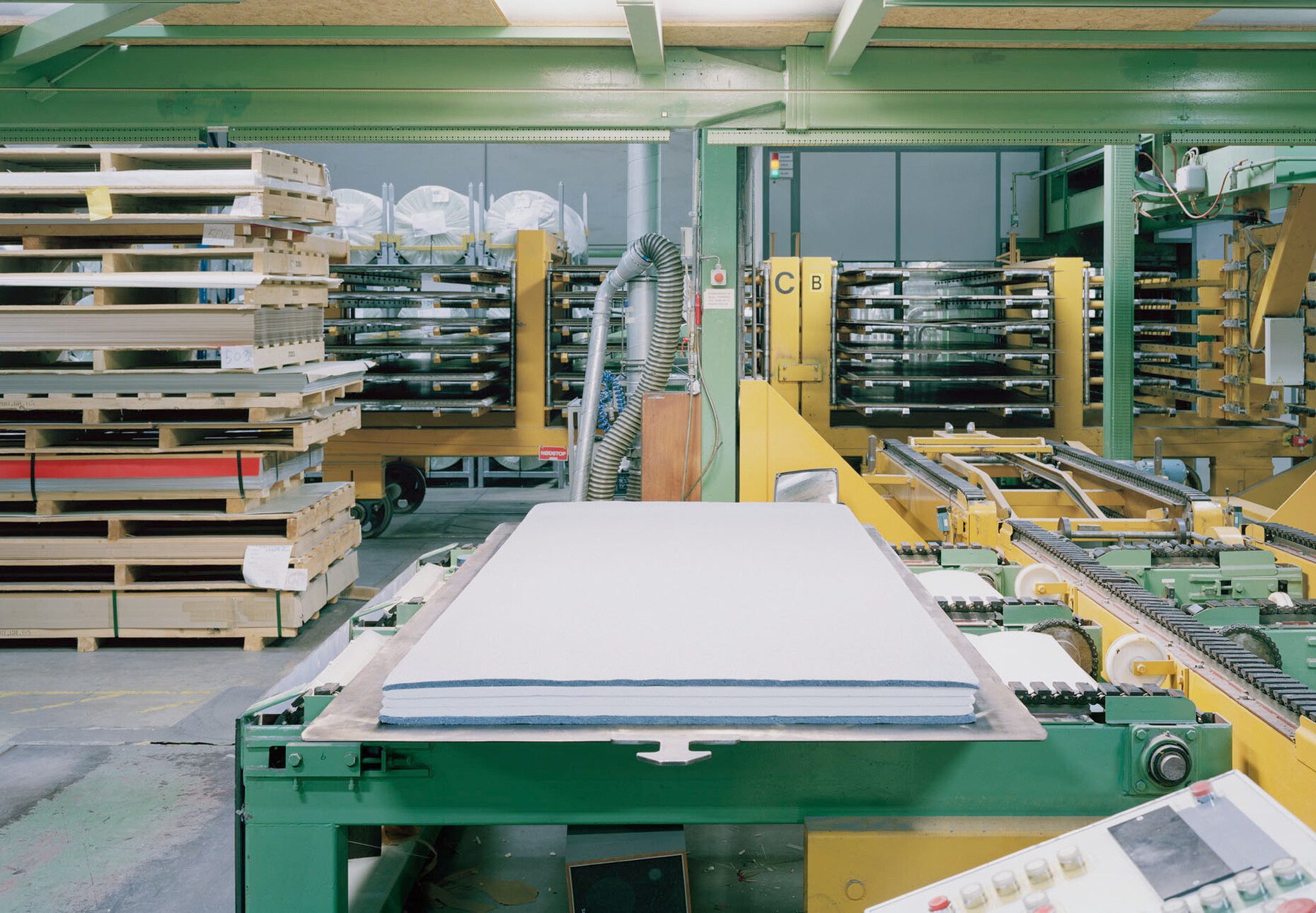 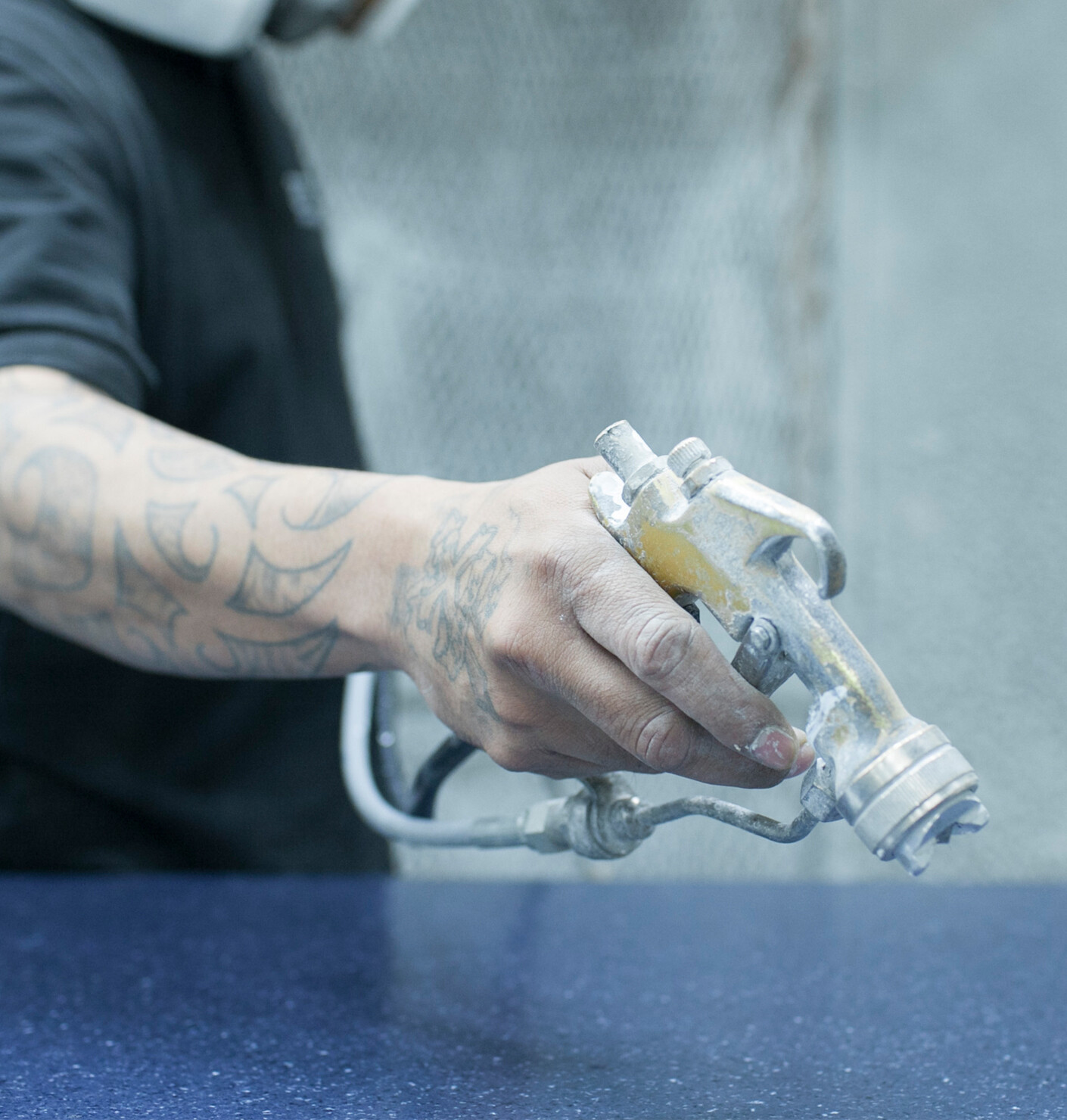 Composite materials are making strong inroads into the world of design and architecture. We have compiled a selection of the most exciting developments. 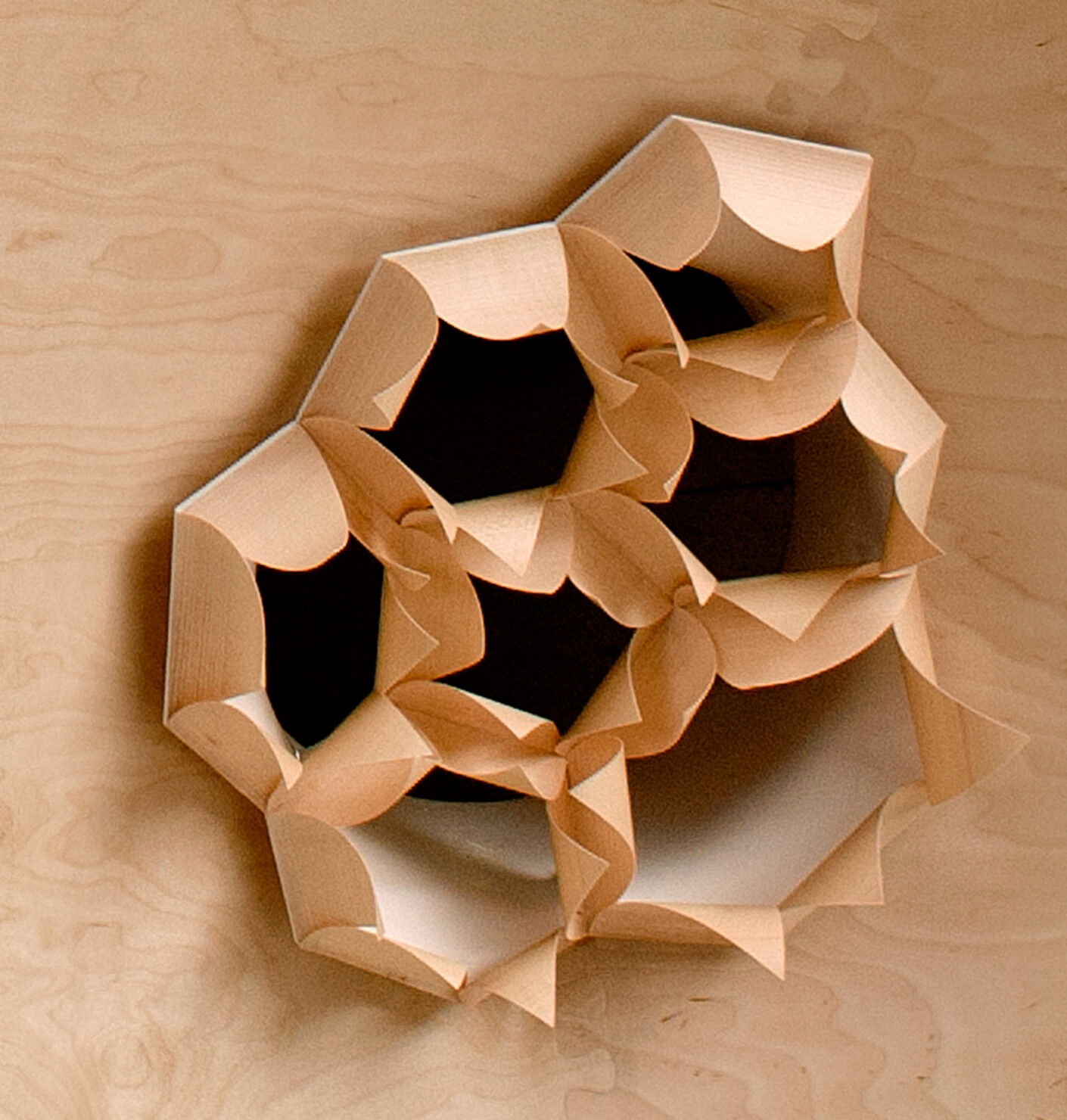 A chair reveals itself 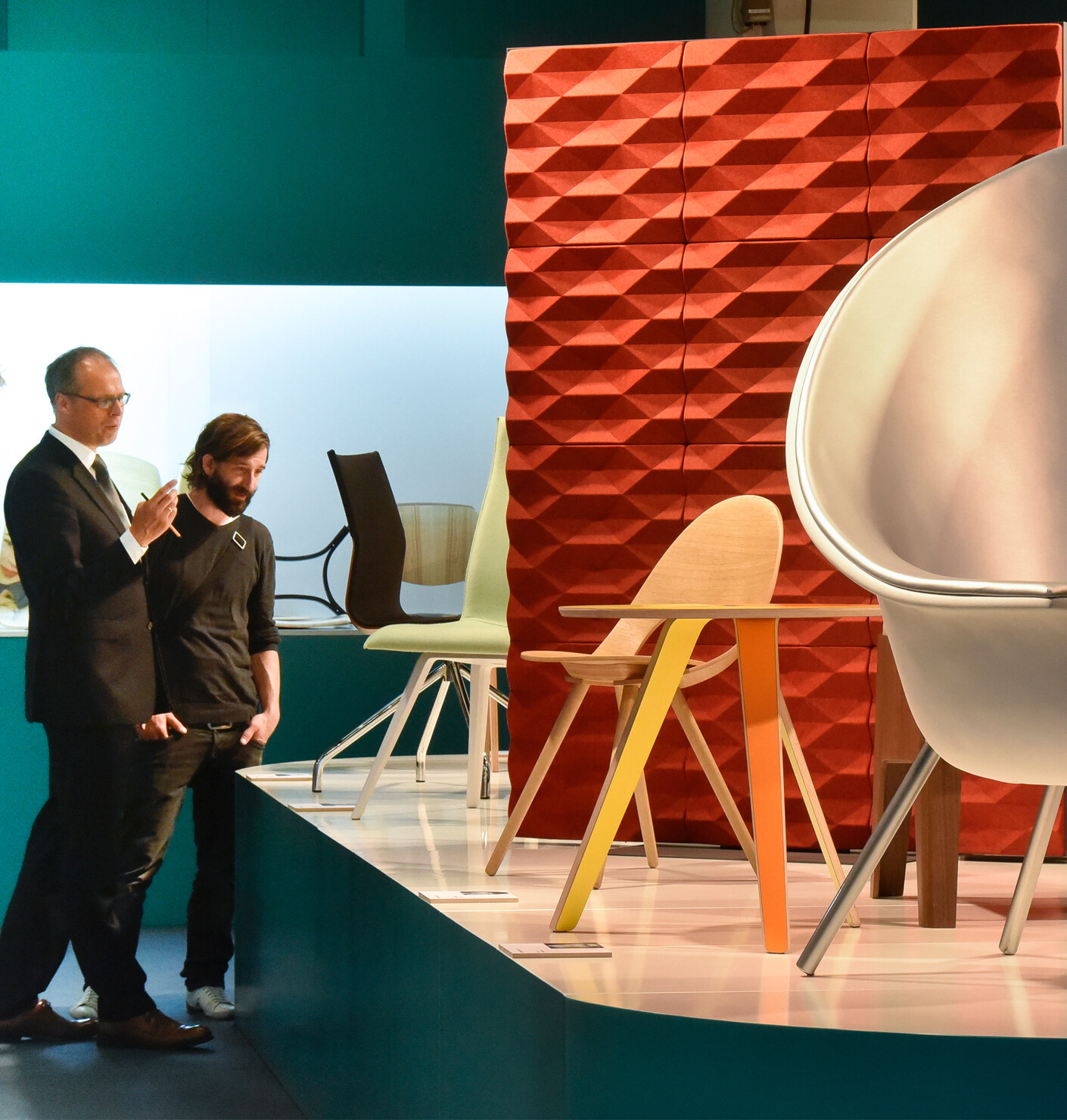 At the forthcoming Interzum in Cologne furniture component suppliers will be presenting their latest innovations. With topics such as upcycling and customization the trade fair is geared more strongly to architects.