It is a man's best friend - even though it does not always have four legs and neither is it alive, but it is always there for us, especially when our steadfastness wavers slightly: the chair.
Designing a chair is considered the most prestigious task a designer can be given and this is why every designer creates a chair at some point or other - a designer chair. Then, the icons among them are showcased in famous museums or are reproduced in miniature by Vitra.
Now, journalist and "Baumeister" editor Sandra Hofmeister has compiled a very different collection in her book "My Favourite Chair." She does not present yet another selection of designer chairs, for example, but asks the question, 'What do designers actually like sitting on most?' And this by no means involves the actual design of the chairs, as we rightly suspected. Rather, she takes the chair as man's most elementary prosthesis and sitting itself as themes.
101 international architects and designers tell of seating arrangements and their favorite places to sit and reflect on the culture of sitting and the desire to forget the body's gravity when we sit. From the Chinese fold-up stool via the Vespa seat and airplane seat to the park bench, the memories, observations and anecdotes of the creative professionals mingle. Illustrated with photographs she took herself and specially made sketches, often surprising insights into the views and preferences of the designer surface when delving into the history of a particular chair. Thus Hani Rashid explains why the modern age cannot sit still, Wolf D. Prix of Coop Himmelb(l)au is fascinated by the astronaut's position on the Corbusier sofa by Charlotte Perriand and Alfredo Häberli wonders whether chairs are not the image of a designer...
A charming, very personal and sometimes almost philosophical book full of passion and inspiration - a true "autograph book of design." And as such it will not only impress design lovers but will also open up design in a wonderfully intuitive way to those who thought, until now, that a chair is only there to be sat on."My Favourite Chair" by Sandra Hofmeister, published by Callwey Verlag, is bilingual in German and English and will be available in bookstores from mid-March priced at €29.95. 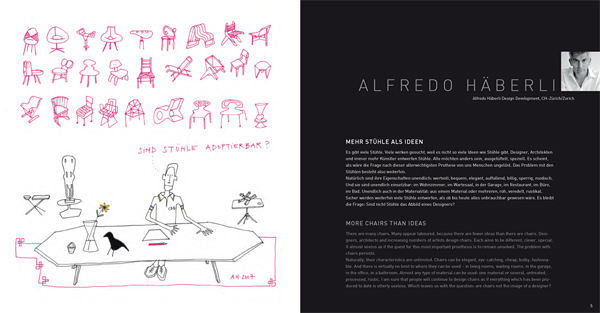 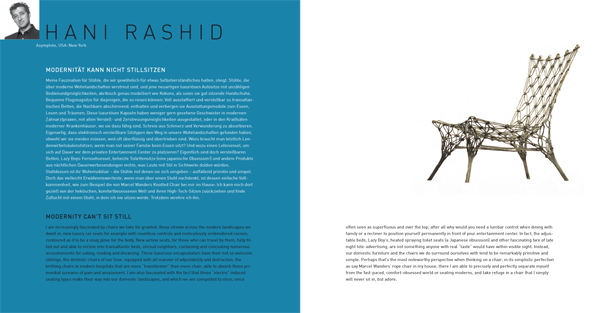 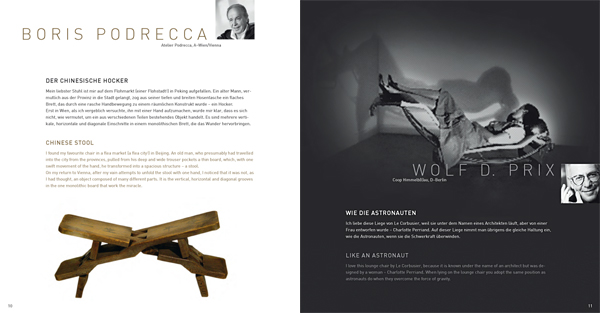