top
It's not all about efficiency!
Uta Abendroth in conversation with Ulrike Brandi
Feb 19, 2014 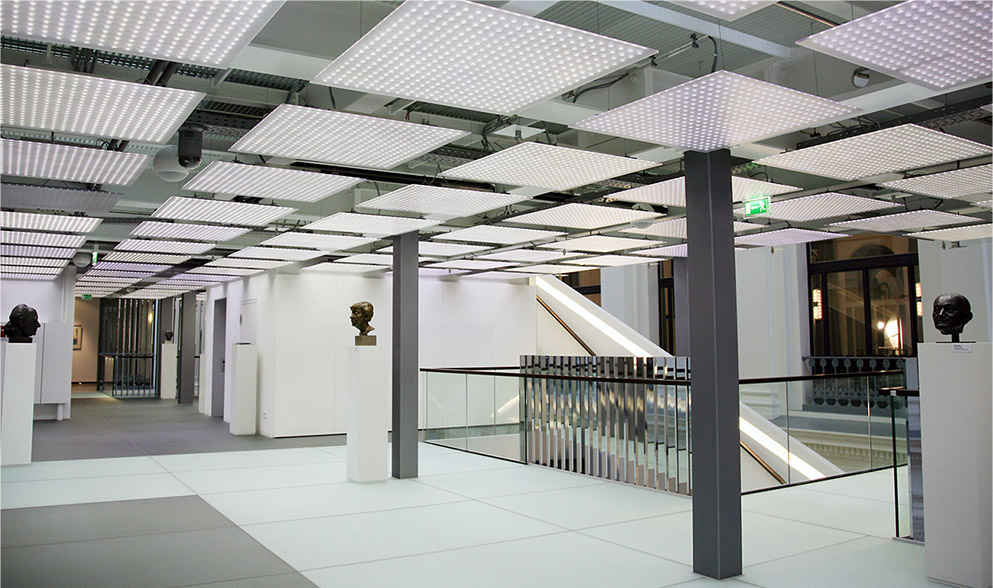 Translucent spaces: The smd-LEDs provide reflections on the building elements – effects which create a sense of transparency and lightness. Photo © Robert Basik

Uta Abendroth: Which technological developments most strongly influence the lighting industry at present?

Ulrike Brandi: The influence of LEDs has increased strongly. All the luminaire manufacturers are featuring LEDs in their products. And suddenly everything is glaringly bright. You also get badly dazzled by these lights. In developing LED luminaires the emphasis was always on energy efficiency. Only now are manufacturers starting to consider the “comfort qualities” of this light source.

Are you also alluding to the colour of the light?

That’s right. Bulbs with a neutral white light similar to daylight are most efficient. But white LEDs initially had more of a blue light, which strongly ignored what customers want because nobody would like a cold light inside. And in cities in the evening, a warm, cozy light is more in line with what residents want say for their street lighting.

Are you saying manufacturers should focus more on orange tones?

It is not just about the color of the light, but also about color reproduction. Which you can influence, as the industry is just finding out. For instance, sodium-vapor lamps give off a predominantly orange-colored light. Though they are efficient their color reproduction is poor. But take Hamburg, which is a good example of how street lighting can be: Here fluorescent lamps are still used. They deliver very pleasant, warm, white light with good color reproduction. 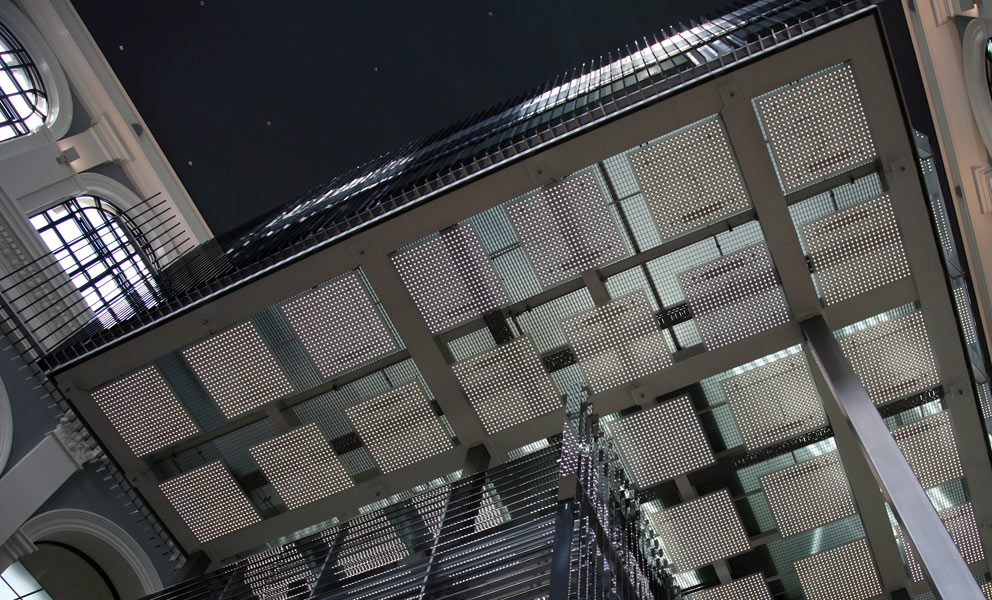 Interlacing at all areas: For the „house in the house”, the Chamber of Trade in Hamburg, Ulrike Brandi has developed an elaborated lighting concept. Photo © Robert Basik
But the public discussion still centers round energy efficiency rather than light quality. How do you see your role as lighting planner?

We lighting planners often see ourselves as intermediaries, reflecting the different mindsets of technicians, designers, architects and users. On the one hand, we need to understand the technology, but on the other we need to be aware of what users want. And of course we are also practically-minded artists who have a feel for the current trends. We are familiar with the innovations of the industry and current research results. Aside from LEDs there are also OLEDs, but there is still some hesitation towards them. Though they might not be as efficient as LEDs, they have a high development and design potential.

Well the light industry is already very complicated thanks to the different types of bulbs, don’t you think?

Yes, I do. Previously a luminaire had a housing, a reflector and/or a lampshade plus the bulb and holder. Now, in LEDs often everything merges together and there are no longer any standards, like say an E27 socket. Before you simply replaced a bulb, but now in some cases you have to get rid of the entire LED luminaire. Without thinking about it we produce an enormous amount of electronic waste and on the other hand we talk about how environmentally friendly the LED allegedly is. 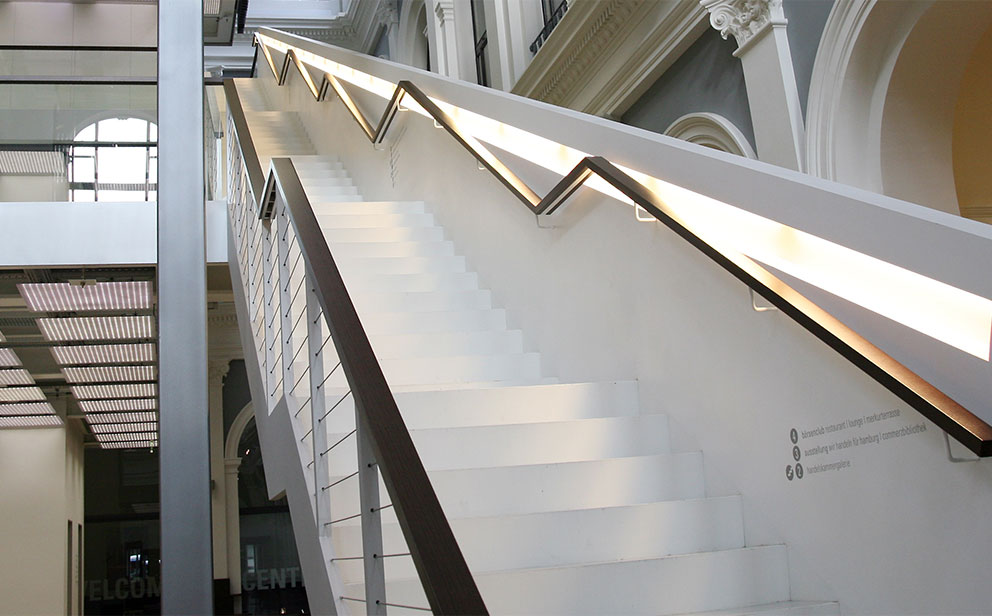 Is this diversity of bulbs too much hassle for consumers?

Definitely. Today, simply choosing the right bulb is difficult – you almost need to be an expert in this area in order to find the right solution for private applications. We need more standards to ensure the market has a clear structure again. Now these are long processes involving many parties at the table, all of whom have different interests. The situation is very difficult for consumers at the moment and it has meant that the quality of light in living spaces has tended to deteriorate in recent years. But the old light bulbs are so easy by comparison! They give off a wonderful light and are also cheap. An LED costs 10 to 20 times that amount.Do you mourn the passing of the conventional light bulb?

Yes! To my mind, I should be able to choose what kind of illuminant I’d like to use. And I would even argue that using light bulbs was more energy efficient because you really switched the light off when you didn’t need it. Today, the light is often left on because you feel it costs less anyhow. So we are not really saving any energy at all – we tend to use lights more or leave them on for longer.

What advantages of new technological developments do you put to use?

There are good reasons for deploying LEDs in our project to produce different light moods in conjunction with an automatic control system and – relying more on daylight and therefore using less artificial light. Exciting new developments do exist but actually employing them is always a huge step. You have to take the time and observe the subtleties of the light very closely in order to develop “light worlds” that improve a person’s sense of wellbeing and can be adjusted to suit individual needs. 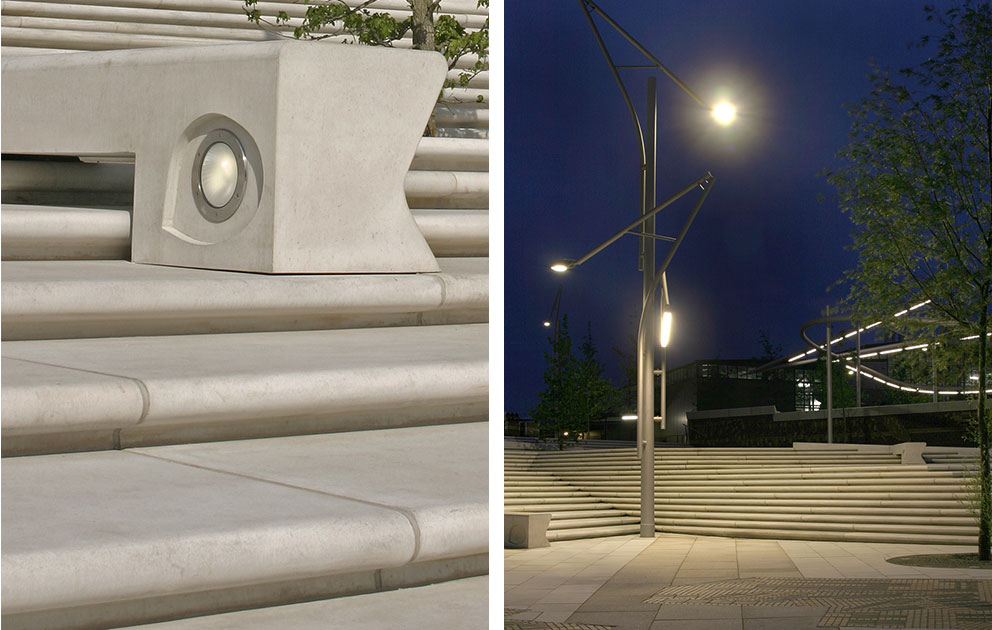 An extensive concept development from of the lighting designer is necessary for the illumination of the HafenCity in Hamburg. Photo © Jörn Hustedt

How do you bring your know-how to bear when collaborating with architects?

Especially in Scandinavia architects have a very sensitive approach to the topic of lighting and involve lighting planners at an early phase – often during the competition. But sometimes we also have come to the rescue because nobody took the light planning into account in advance, and we have to try retrospectively to get the best out of the situation. It is particularly difficult when old properties are being converted. And it’s complicated say in churches because then you have a large amount of airspace, which you want to respect as a lighting planner. On the other hand, those churchgoers who don’t know the hymns off by heart must be able to read their hymn books. I find the topic of lighting in hospitals especially exciting, because the recovery of patients can be supported by the use of the right light. Not to forget that clinics are also places of employment. People work here in shifts and yet their biorhythms should not be totally disturbed by exposure to too much bright light. Both aspects have to be taken into account in the choice of lighting and I find my job as lighting planner especially appealing in solving such problem.

Which projects are you currently working on?

A new building is being added to the children’s hospital in Altona in Hamburg. It is to be a temporary home for the parents of seriously ill children. We also developed the lighting concept for Zaha Hadid’s apartment for the families of children staying in the Ronald McDonald facility. Another fascinating current project is an exhibition on nomads’ tents, which was initiated by Zaha Hadid. The presentation will be shown among others in Doha and New York and yet we have to develop one single concept that can be used in different premises.

What do you see as the biggest challenge in your projects?

One thing is for sure: You have to be aware of the direct impact light has on people. The wrong lighting can certainly have a negative impact, you need only think of large neon signs: The light is overly bright and often flickers. For me that is a kind of environmental pollution. You can opt for a gentler approach by employing daylight, for example, taking account of compass directions and incorporating local conditions into the design. You should always remember that we are planning for people. And our plans should always be shaped by their needs. 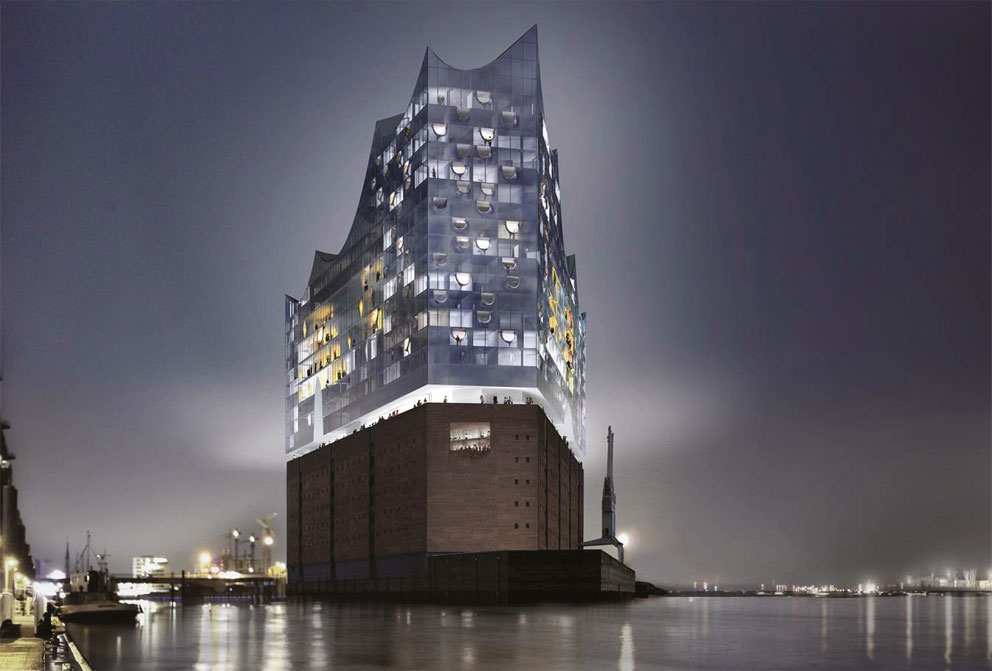 Like a light house at the harbour: The Elbphilharmonie in Hamburg. Photo © Herzog & de Meuron 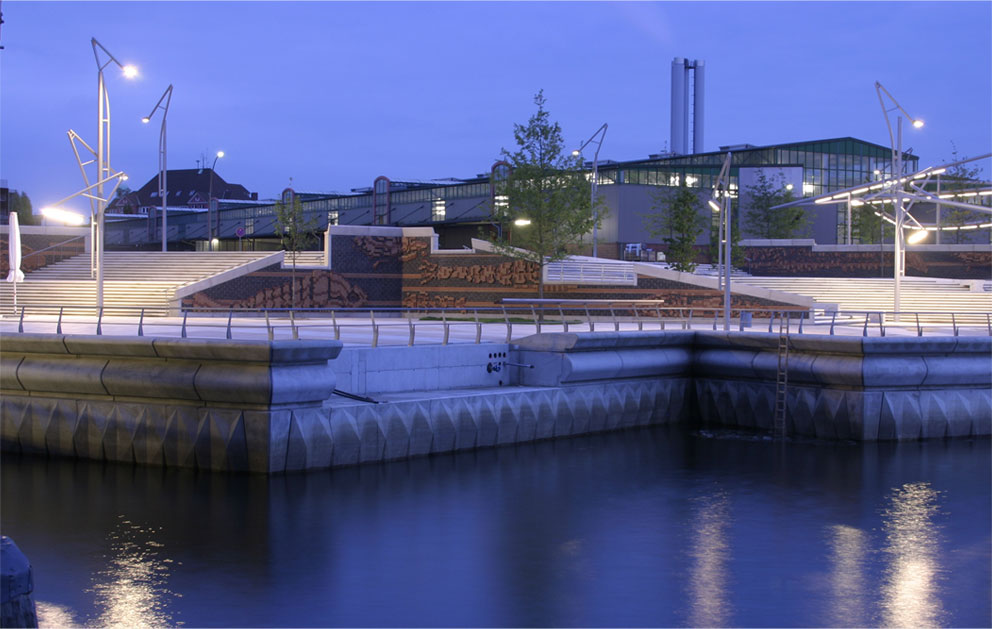 Extended vision: Due to low lightings a wide view over the water is possible. Photo © Jörn Hustedt 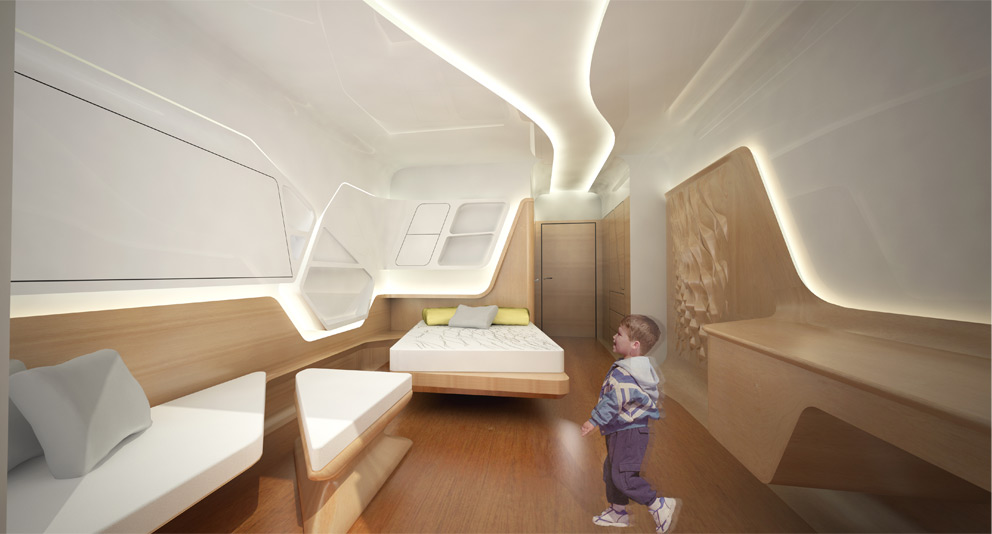 A light in the dark: The apartments for the Ronald McDonald Child Care Foundation by Zaha Hadid. Photo © Zaha Hadid Architects