top
Jonas Mekas and the discovery of the everyday
von Thomas Wagner | Dec 4, 2008

There is one thing we need to be clear about. Until around 1960 no filmmaker had filmed their own life. Personal life was uninteresting; there were no diary-like chronicles with the camera and people did not take a camera with them when they went to a party, either. Jonas Mekas was someone who changed all that, precisely because he was shy and had scruples. He recorded his response to that which went on around him. On the one hand this was nothing special, and on the other represented a great deal. This is why Jonas Mekas is not just a filmmaker, he is a great many things at once: writer, experimental filmmaker, cameraman, archivist - filmmaker and poet - as he says himself. Yet irrespective of what he did, he above all never allowed the eccentric siblings art and life to be separated. He never accepted that there was a difference between the poetry of business, the poetry of action and the poetry of commentary.

Born in 1922 in Semeniskiai, Lithuania, in 1949 Mekas emigrated to New York together with his brother Adolfas following a period of almost five years in Germany at a Nazi forced labor camp and afterwards as a displaced person. In New York he started making films, organizing film events and initiating networks and looked tirelessly for locations for films - when he wasn't writing poems in Lithuanian or film reviews in English for his magazine Film Culture or the Village Voice. As such, he devoted himself in equal measure to European avant-garde and post-War film and the so-called New American Cinema, for which he sought a new, fitting language. However, Mekas was also there with his camera when members of the New York art scene met and, for example, Andy Warhol and Mr. Fluxus, George Maciunas, held court, because they were currently exhibiting work together. Yet he also filmed Warhol when the latter was filming people with a video camera, and he filmed him at the weekends on Long Island and in the Factory.

In the 1960s, long before the public had got used to brief shots, overexposure and freezing of individual frames, he developed his own "gestural" style. He worked with a Bolex, a small handheld camera which enabled him to record his daily life as well as what was happening around him. "Walden" is the name of the first film shot in this way. Arranged into diary-like sketches, the pictures are accompanied not only by a soundtrack filled with noises, but at the same time by an often poetic off-screen commentary. Together they spin the contemporary series of images into a web that is anchored as much in reality as it is in the spirit of the individual, whose daily life is permanently pervaded by art and life anyway. This is why Mekas' films are many things at once: Documentary, loving sketch of everyday life, poetic collage and political and aesthetic statement that reflects on the contemporary media.

It is above all the diary format that characterizes Mekas' work both as a writer and filmmaker. It is in this format that art and life are naturally connected to each other, because everything, be it telling stories, talking, writing, shooting films, drinking, archiving, organizing, is simply an everyday action. Whether Mekas documents the speech by architect Frank O. Gehry (who received an award from the American Federation of Arts and was happy to be the "second Frank in the Guggenheim district") in his project "365 Filme" or whether he reads a short poem out loud (the voice is off-screen, of course) - "a drop of rain on your lip / I saw, I saw a drop of rain on your lip..." - the verses of which you can read on the screen, although curiously the voice and the text lose their synchronicity, no-one mixes words, images and music with the same intensity and intimacy as Jonas Mekas.

Mekas's oeuvre, although created in part more than 40 years ago, not only anticipates much of what we see today on MTV or YouTube, it is also disproportionately more radical. This is primarily because Mekas does not simply use quick cuts or mix picture and sound asynchronously, rather, he both rhythmatizes and poeticizes his material, i.e., he turns it into a game, which seriously and cheerfully touches the surface of everyday life, while at the same time activating its unconscious undercurrents. "This is why", says Mekas, "serious people from all over the world cannot bear these movies. They remind them of Paradise Lost. They no longer believe they can win Paradise back. But the man who eats the mushroom knows better." (The man who eats the mushroom and knows better is Robert Indiana, who in Andy Warhol's film Eat of 1964 does nothing other than slowly eat a mushroom, and in 16 instead of 24 frames.)

What Mekas wrote in 1964 in his "Notes On Some New Movies and Happiness" can more or less also be said of his own films: "These movies are like games, not "serious" at all. They do not even look like cinema. They are happy to call themselves "home movies". Useless , "thoughtless", "childish" games, with no great "intellect," with "nothing" to "say;" a few people sitting, walking, jumping, sleeping, or laughing, doing useless, unimportant things, with no "drama", no "intentions," no "messages" - they seem to be there just for their own sake."

Those who saw Jonas Mekas' works in the Lithuanian Pavilion at the 51st Venice Biennial in 2003 could have no doubt that in a kaleidoscope of fragments of life, game and document merge, so that we, the observers, get even closer to the art and the life in it. We can currently find out what this looks like and how it feels at the Museum Ludwig in Cologne, where the work and effect of Jonas Mekas both through his films and through documents, publications, film posters and image materials are on show.

In an age that emphasizes sheer size, Jonas Mekas is celebrating the small and personal. He explains why we need wine for production and why we do not know who we are. "We must not betray the muses", he says, and smiles. And, "Change cannot come from above. The various governments are sitting up there, up there everything is completely rotten. This civilization cannot be revolutionized in the sense of changed; we have to replace it." Thus for all those who can see and hear, Jonas Mekas has become an example of the art of being alive and staying. 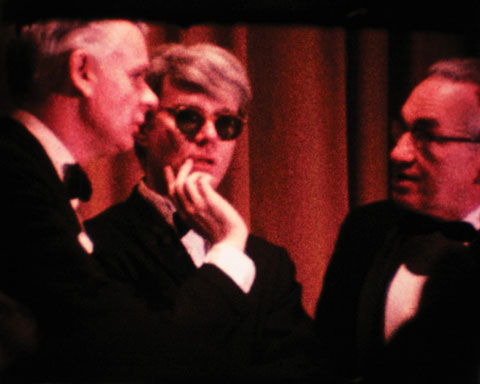 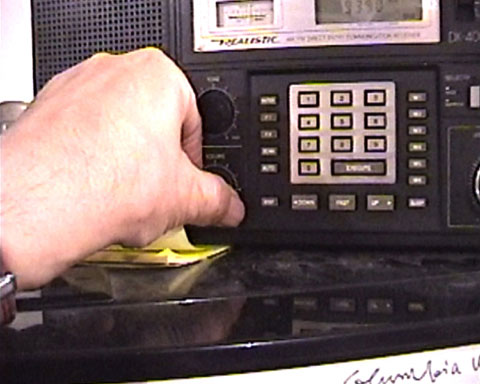 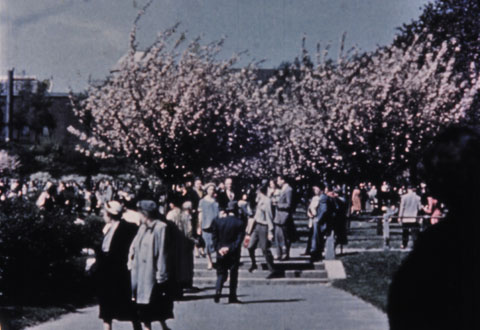 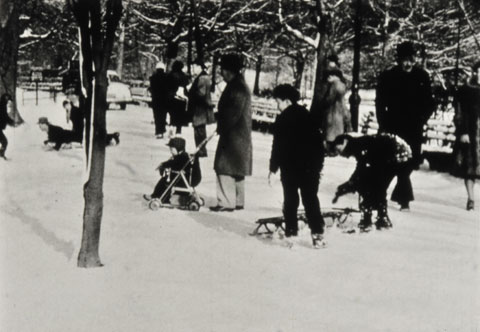 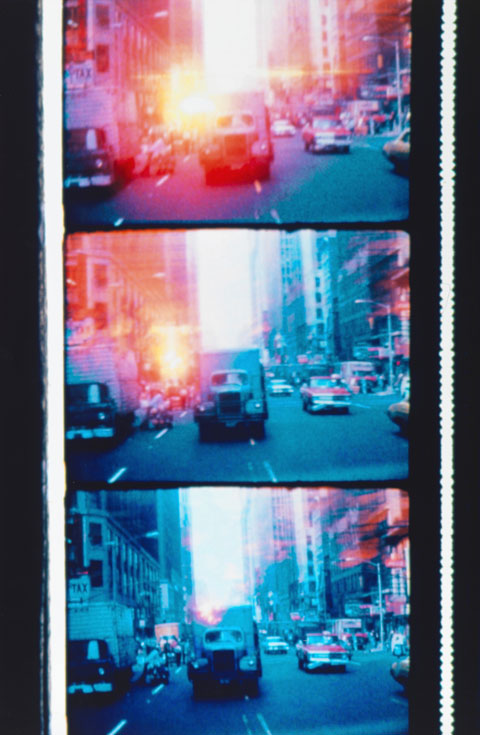 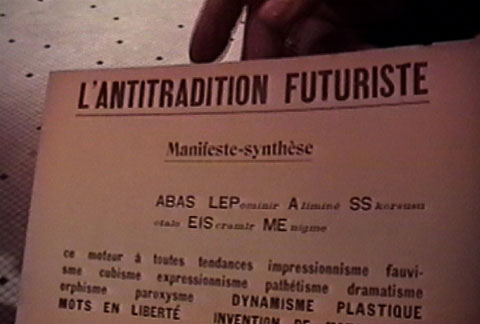 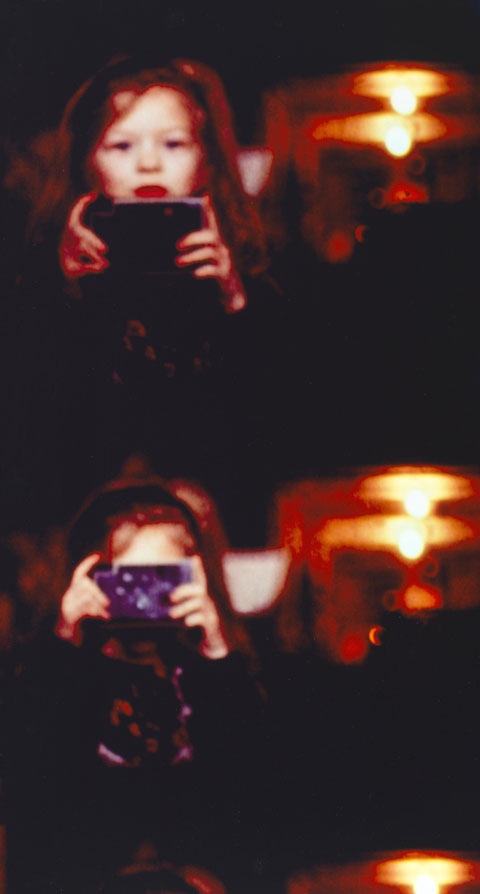 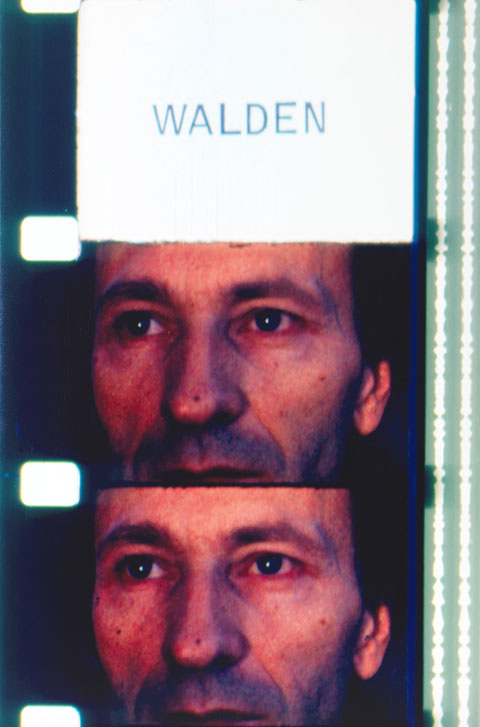 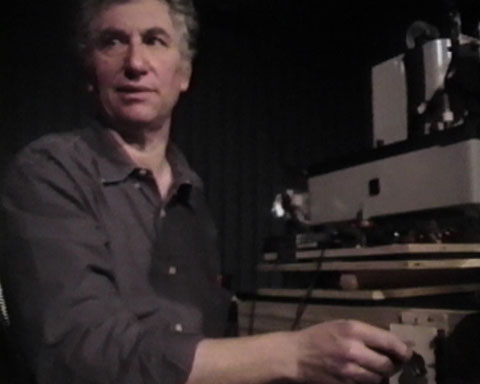 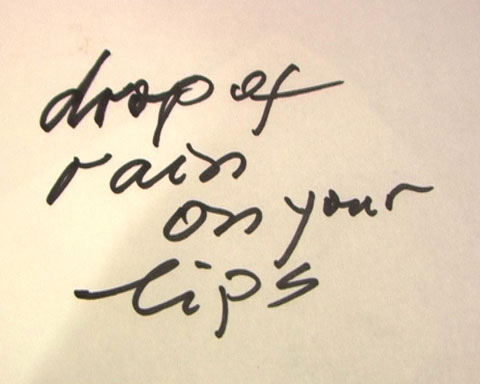 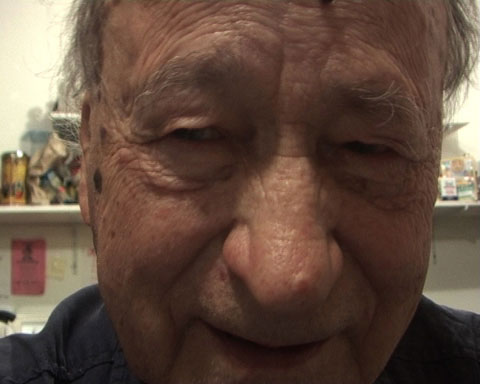