You can experience first-hand how LED is revolutionizing the entire lighting sector at Light + Building 2020: Digital networking, highly-flexible light systems and revolutionary designs will be showcased in Frankfurt/Main. An overview.
by Adeline Seidel | 2/24/2020

Do you still remember the film "HER" by director Spike Jonze? "HER" tells the love story between Theodore and an artificial intelligence system called Samantha. Putting aside the romance for a moment, through its visual language and set design the film also provides a glimpse of what our lives might look like in future precisely because there are no flying cars, laser swords or dystopic skyscrapers; instead the digital merges quite naturally with the physical and everyday: For example, the retro-looking gadgets are voice-controlled, smartphones are not held in the hand but are reduced to an ear bud. And when Theodore enters his apartment the lighting goes on as if by magic and is adapted to suit his particular mood. In other words, light reflects people’s emotions, alters them and transforms them into a spatial experience. This vision is already reality in the guise of “Human Centric Lighting”, or HCL for short: By reproducing the natural course of light color and temperature it ideally supports our day and night rhythm, which is known to have a positive impact on both productivity and well-being.

One thing is clear at Light + Building 2020, the world’s leading fair for lighting and building technology in Frankfurt/Main: The industry is increasingly relying on sensors and smart technologies. There is a growing trend for installing sensors in modern offices. They ensure more efficient operation and energy use in smart buildings and offer the individual user maximum flexibility as regards design. They register presence and the current amount of daylight so as to adjust artificial light accordingly. The luminaires can be programmed with individual preferences so that the light which illuminates someone’s desk is truly personal. And the triumphant success of LEDs also brings a second stage of development within our reach: Li-Fi, short for light fidelity, a technology for wireless data transmission via light. “Li-Fi is considered a highly-promising technology for mobile communication indoors for which the non-licensed optical spectrum is employed. Light is safer from unauthorized access than radio and robust against interference by radio waves,” argue the Fraunhofer Institute for Photonic Microsystems / Heinrich Hertz Institute in Berlin, which are conducting research on this technology.

Studies are currently being conducted on a wide range of light-related aspects. For example, in her project “Ada”, architect, designer and artist Jenny Sabin explores light as a medium that brings about an interaction between people and spaces. The experimental architecture “Ada” is a responsive lighting system including a network of addressable LEDs. The latter respond in real time to the continual flows of data and produce emotional data as colors and brightness within the pavilion structure. To this end the pavilion, realized in collaboration with Microsoft, is powered by artificial intelligence. The light fabric-knit structure of data-controlled components uses textiles and photoluminescent fibers that absorb and emit light. In collaboration with researchers and engineers at Microsoft Research, Ada is driven by individual and collective emotional data collected in the Microsoft Research Building 99 in Redmond, Washington. Integrated sensors and cameras mean visitors can interact with Ada since the AI-algorithms process facial movements, voice tones and sounds. Ada celebrates an architecture, which is “happy to see you” and “smiles back at you”.

Yael Akirav, a young designer from Israel adopts a sensual approach to light: Her luminaires need to be moved and touched before they light up. In a project by the name of “Conductive Origami” the talented designer experiments with conductive filaments that are applied directly onto the textiles using 3D-printing and make the luminaire shine.

Light in return for interaction

Let us venture one step further into an albeit speculative future: Sources of light from nature. Visionary inventors are working on a light whose energy comes from plants and bacteria. Take Teresa van Dongen. The young designer from Amsterdam is researching those microorganisms that can be found in the mud at the bottom of rivers and lakes and that constantly emit electrons. In her project “Electric life” Teresa van Dongen works with these microorganisms whose electrons alone drive the light installation.

So that this living light continues to shine the tiny environmentally-friendly helpers need food and care from time to time: A bit of tap water plus a few additional nutrients and one teaspoon of vinegar a week suffice. Teresa van Dongen’s passion for design and biology are also celebrated in her project “Ambio” for which she uses bioluminescent microorganisms from seawater that make the waves appear blue at night. This phenomenon comes about when the microorganisms are supplied with oxygen through the movement of the waves and subsequently emit light. Teresa van Dongen’s bioluminescent light installation “Ambio” balances two weights and a glass tube that is half full of an artificial marine water medium and a carefully selected species of these unique luminescent microorganisms. If you give the luminaire a gentle push every now and then the weights keep Ambio in motion and make the light glow.

The night stand lamp as plant

There is a little more science fiction behind “Plant Properties”, a project by Sheila Kennedy and Michael Strano. The architect and process engineer both of whom research and teach at the Massachusetts Institute of Technology (MIT) in Boston – have developed nano-bionic plants that light up. This involved integrating nanoparticles from the glowworm Luciferase into the plants. “This allows the plant to use part of its energy to produce a visible light,” explains Sheila Kennedy. The project is still at the early stages: In future, the plants are expected to produce enough light to be able to read a book by. And it promises to be a fascinating undertaking – after all, plants are veritable all-rounders when it comes to the home environment: They absorb carbon dioxide, can clean the air, and reduce stress. So we can look forward to an exciting future for light. And for a comprehensive insight into current developments it is well worth visiting Light + Building 2020 in Frankfurt/Main.

Due to the worldwide spread of the corona virus, Light + Building will be cancelled in 2020. The next world's leading trade fair for lighting and building services technology will take place in Frankfurt am Main from 13 to 18 March 2022. 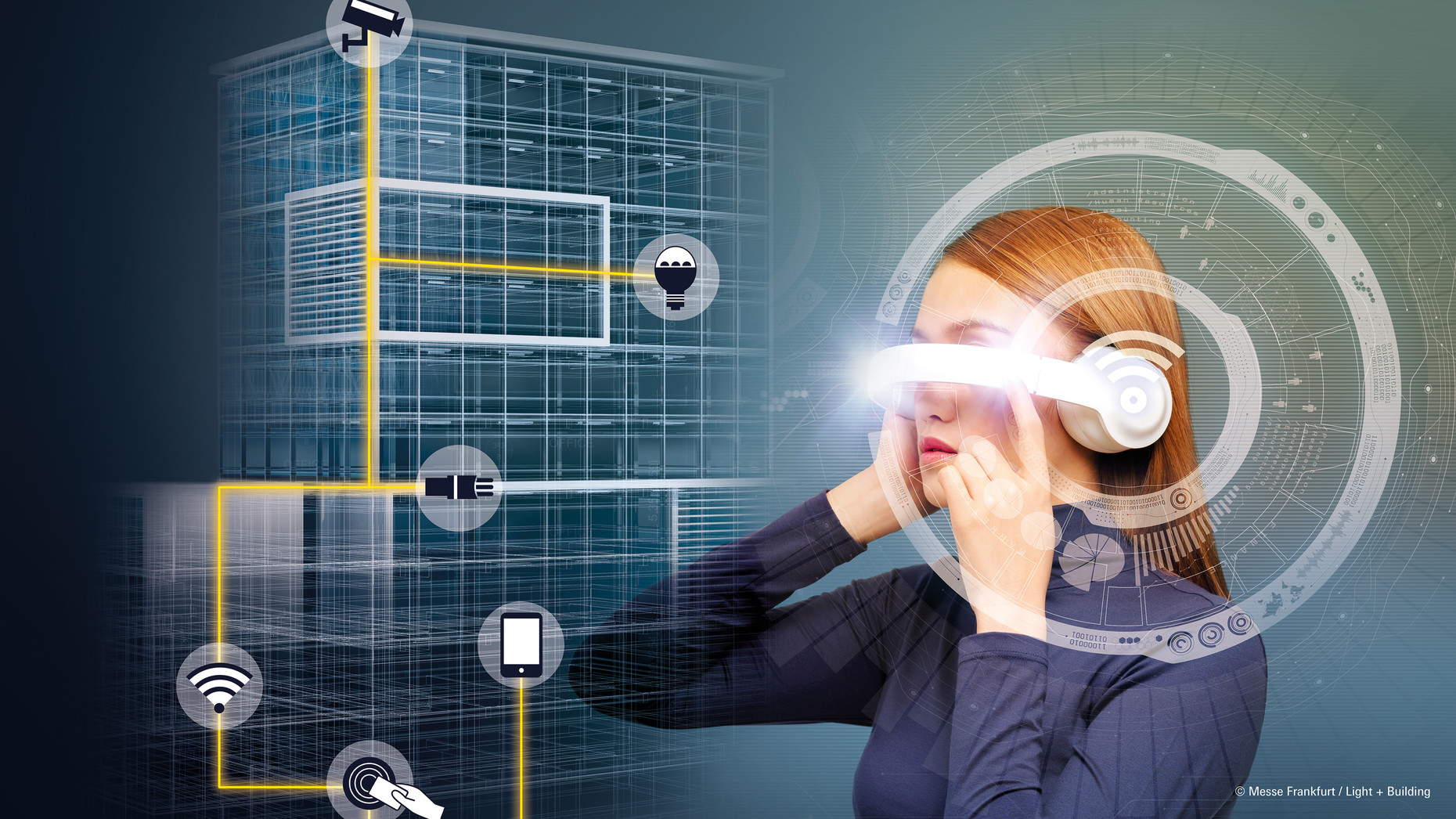 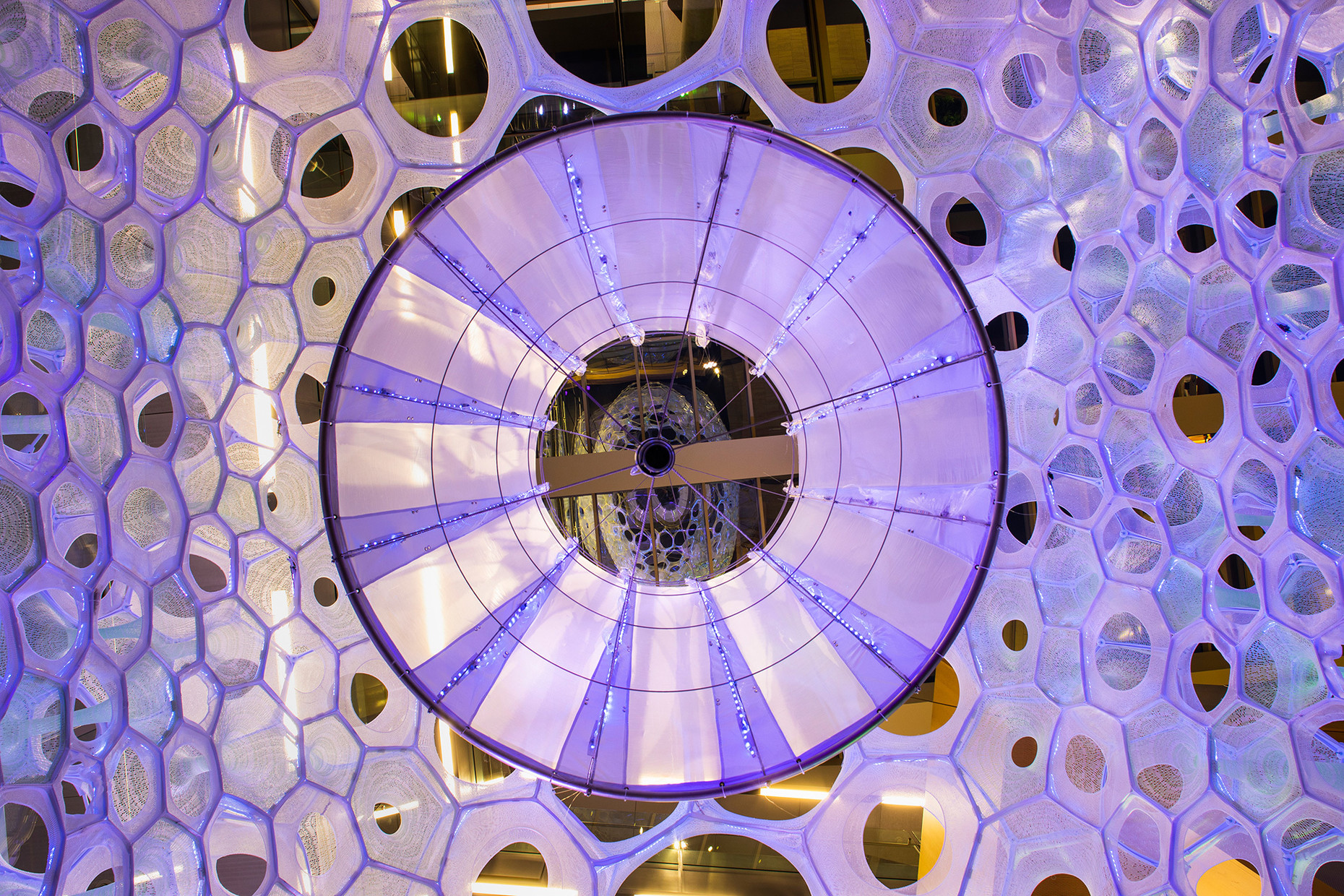 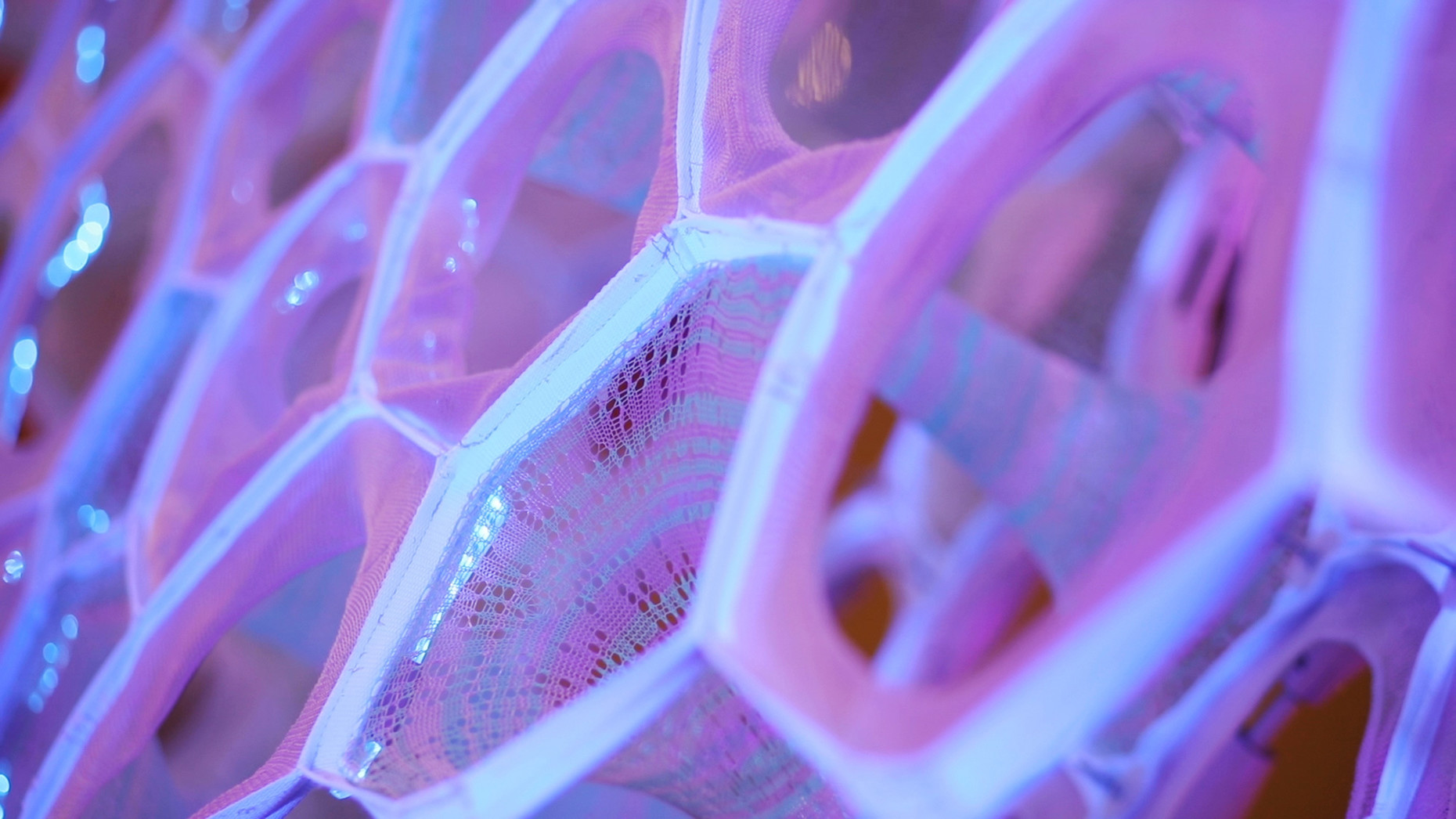 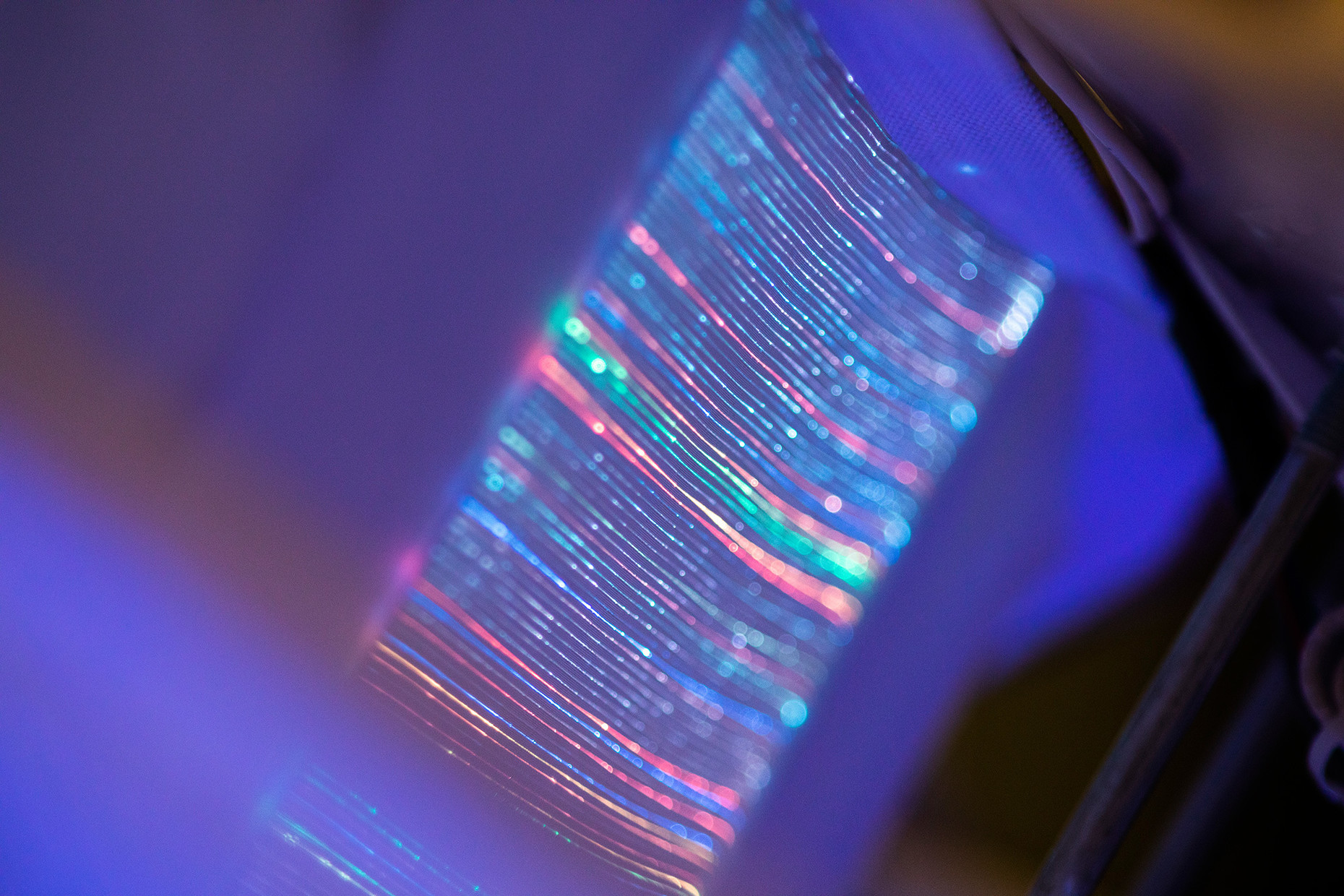 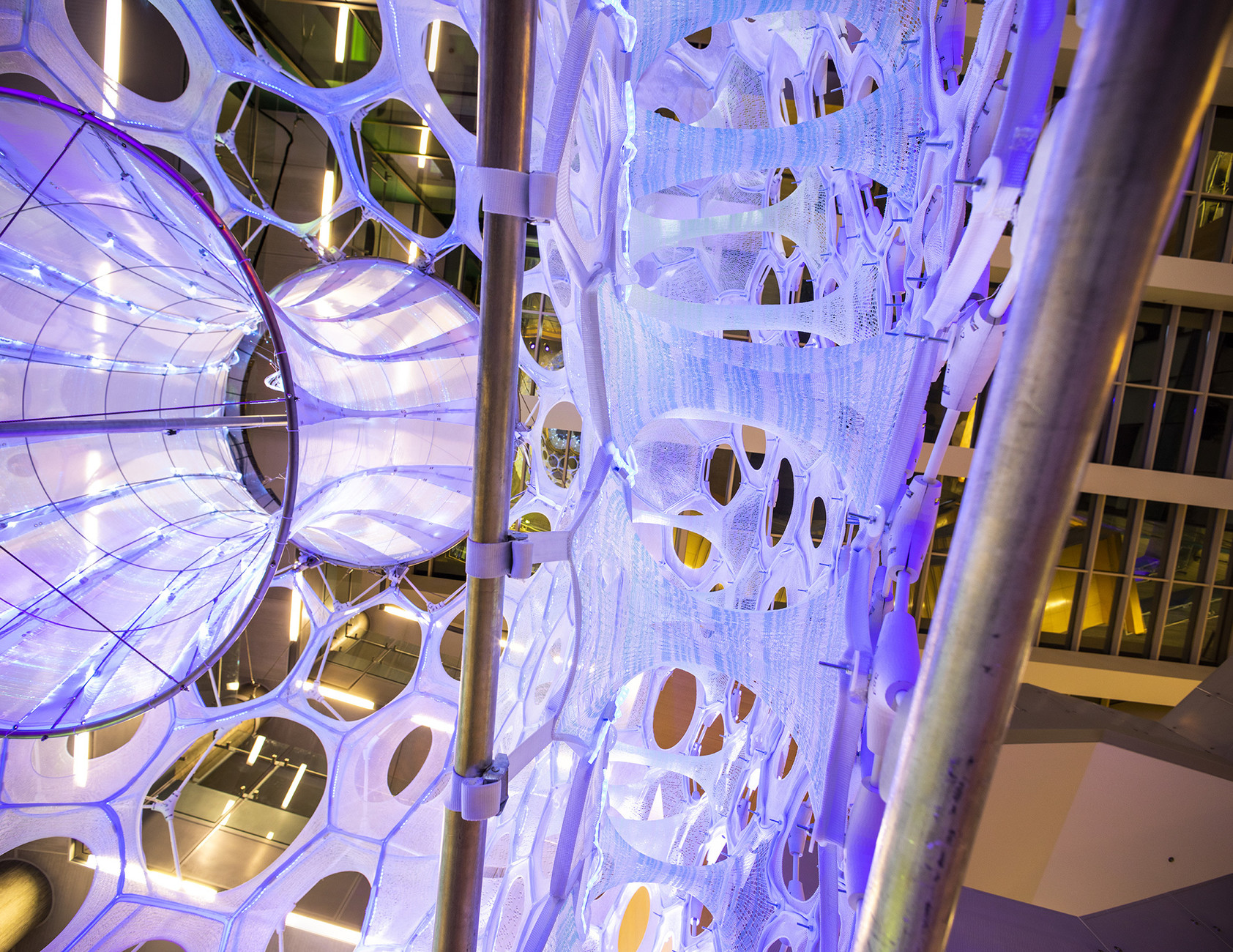 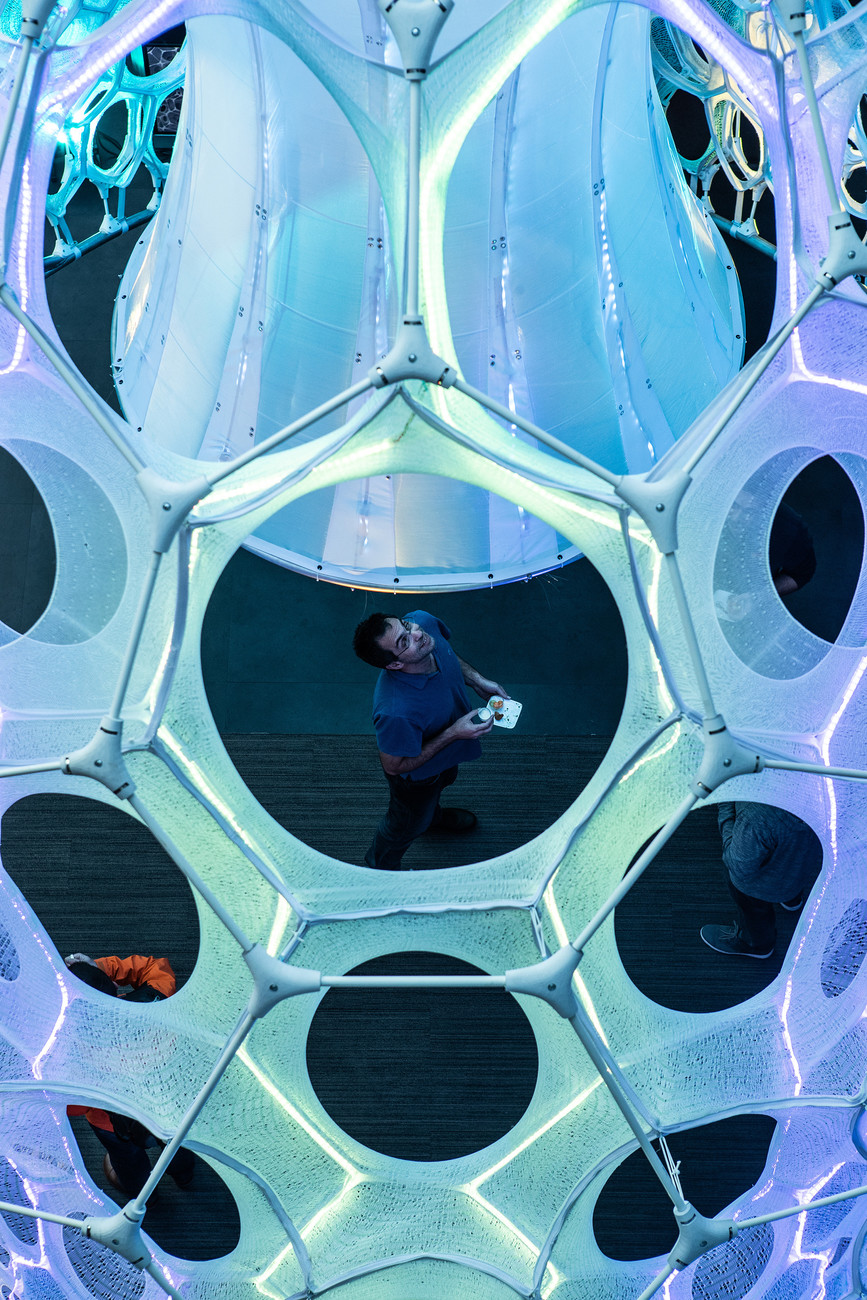 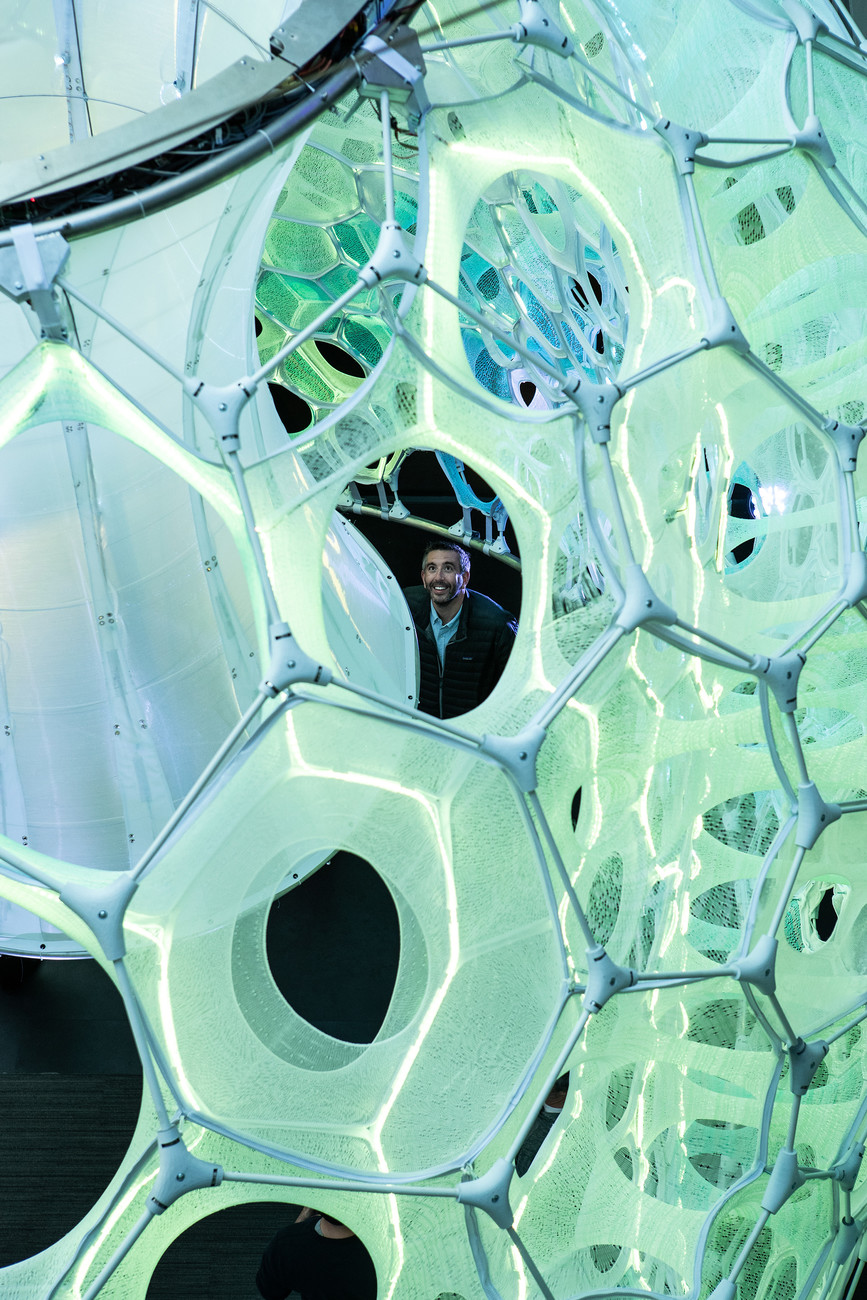 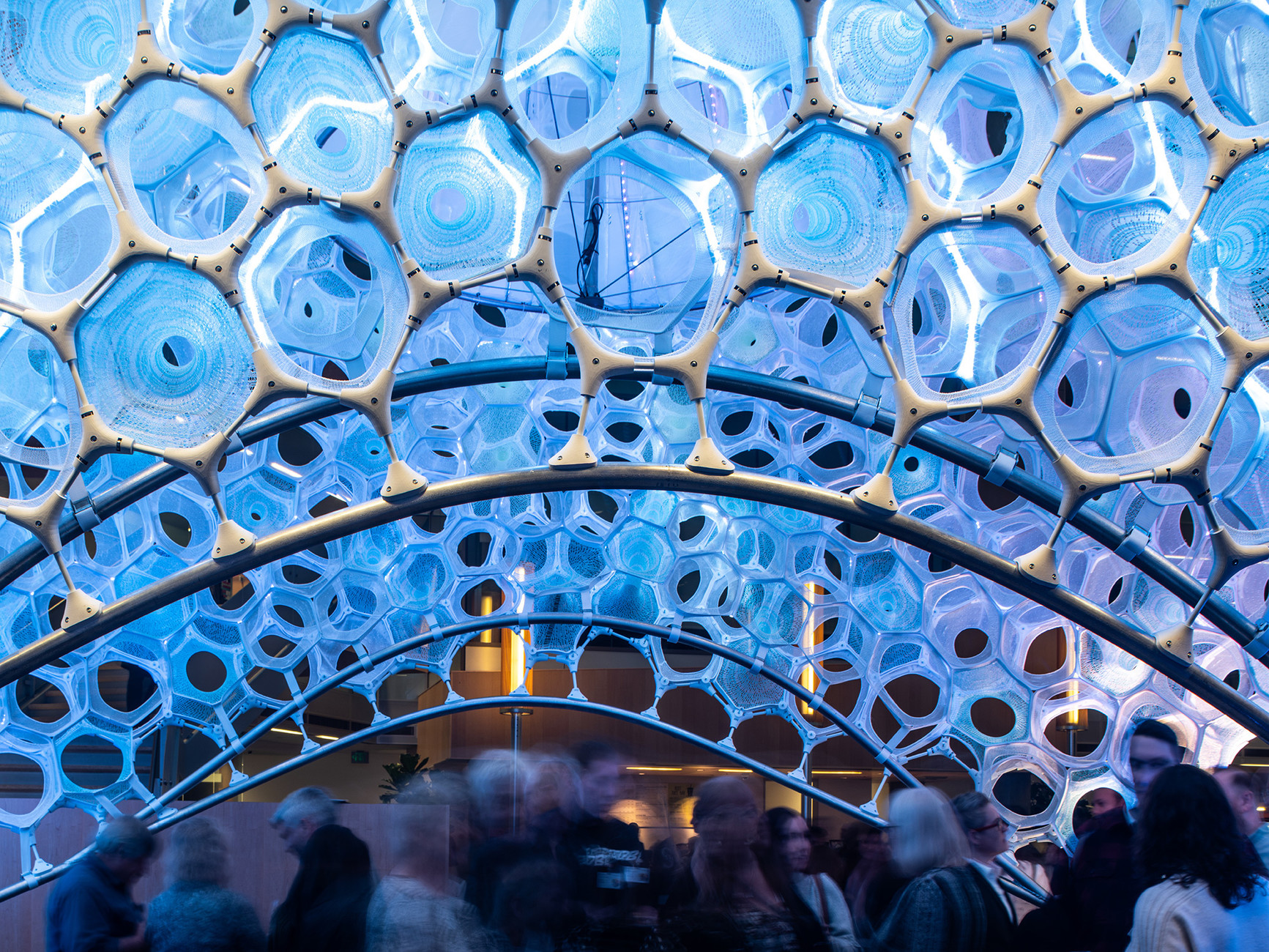 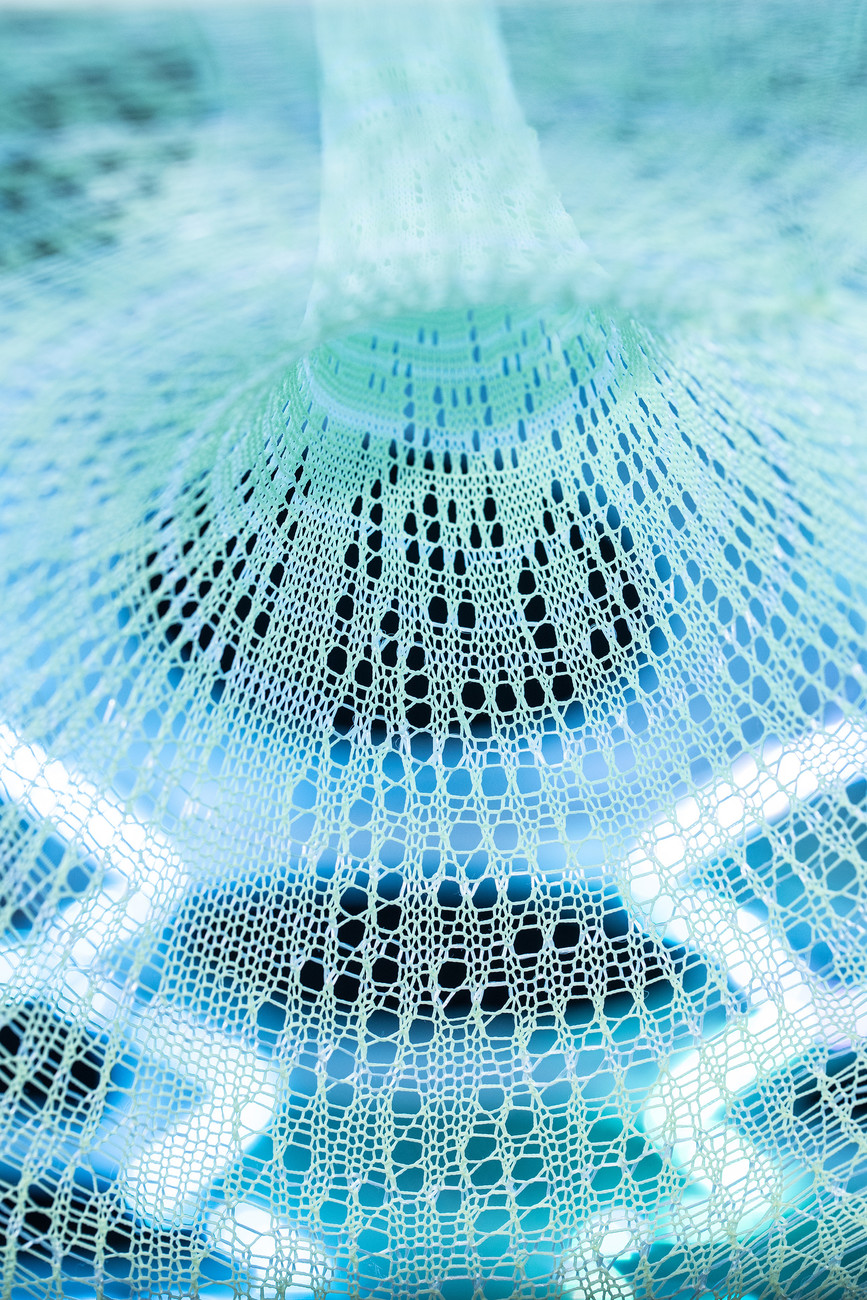 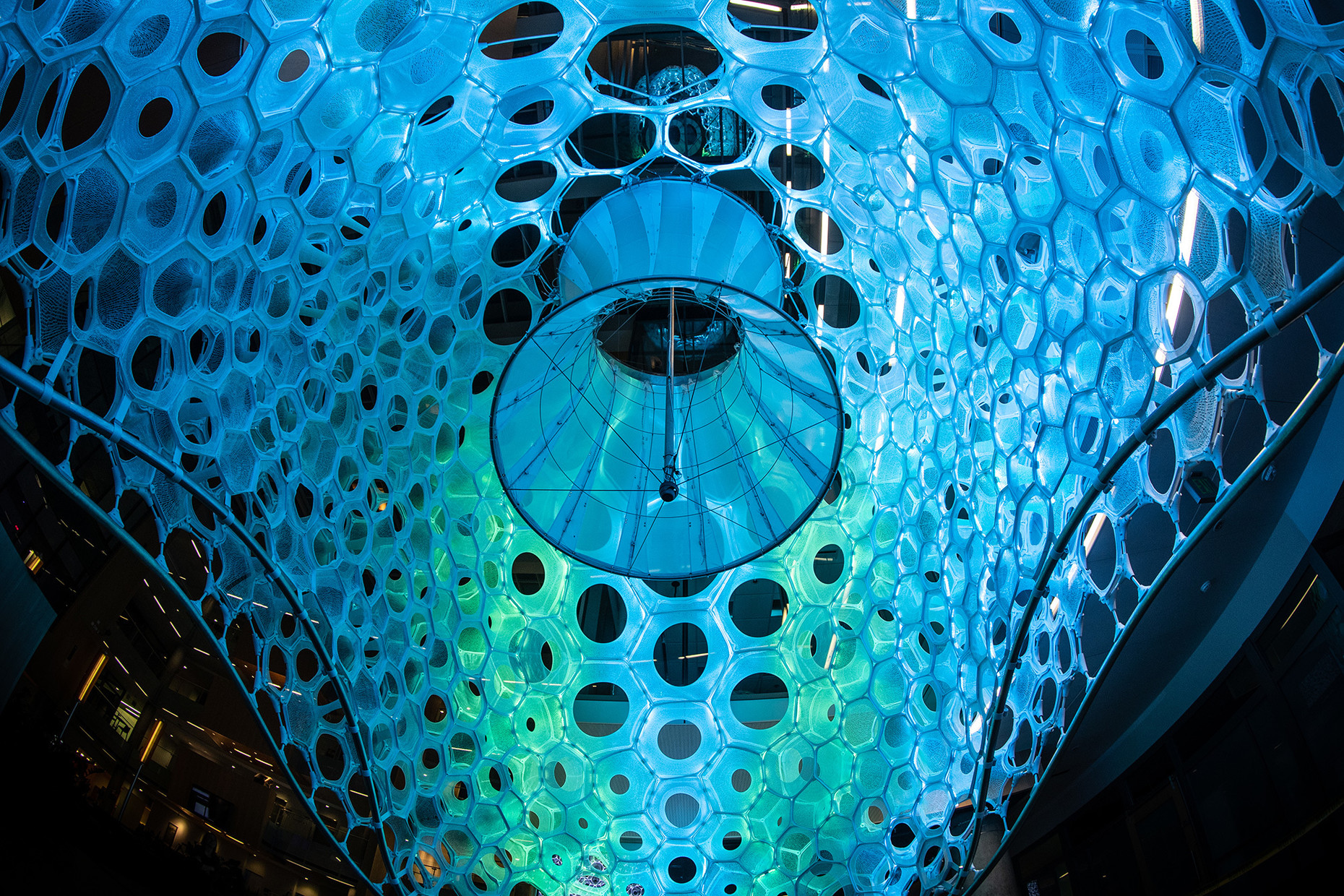 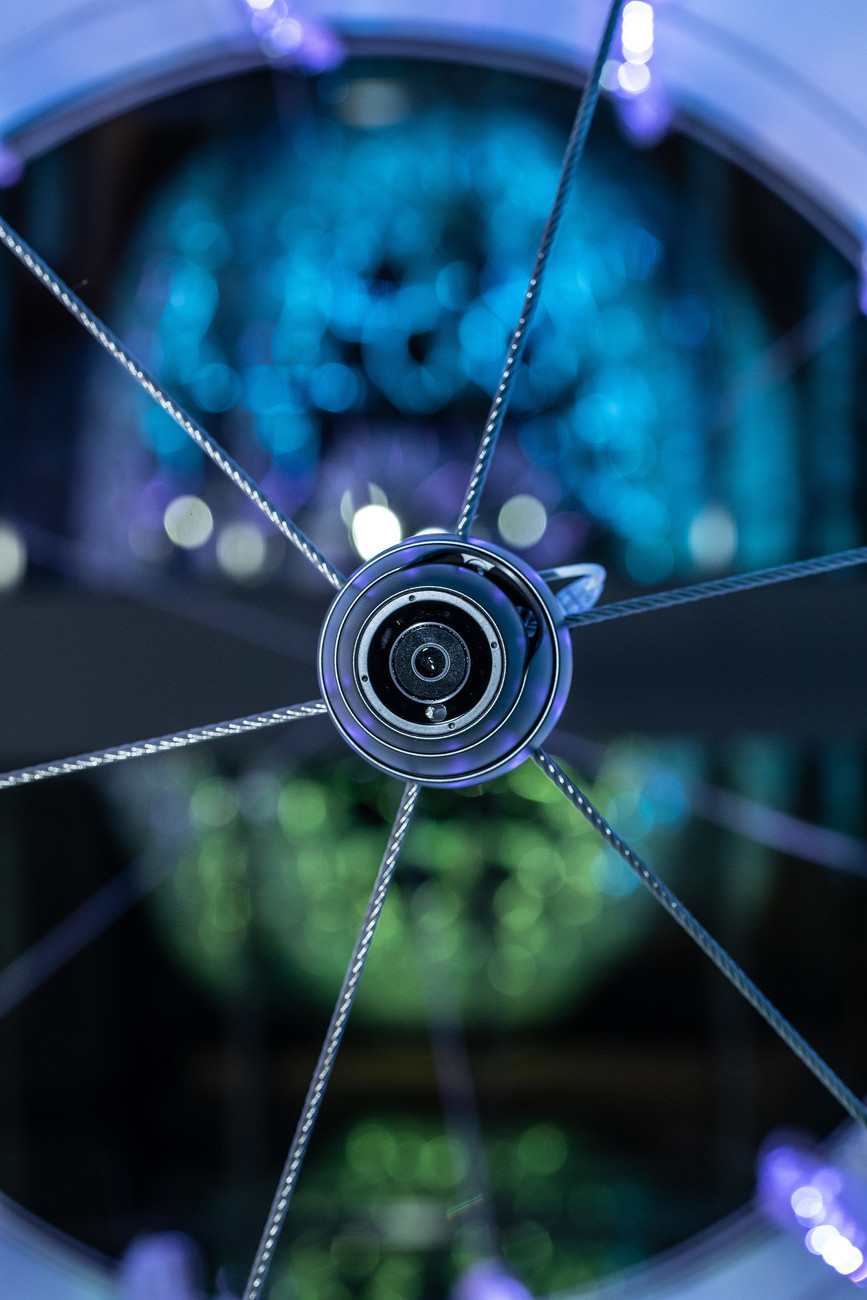 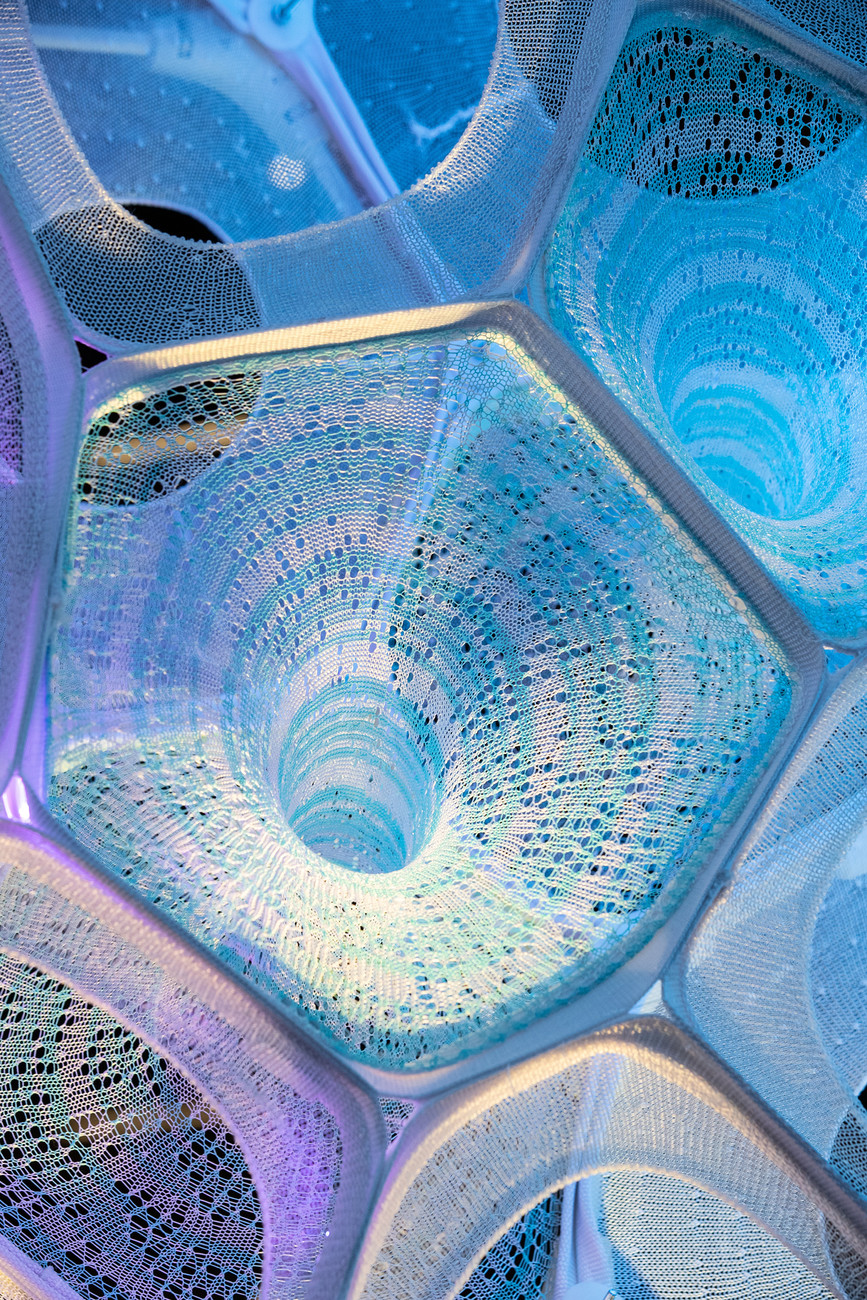 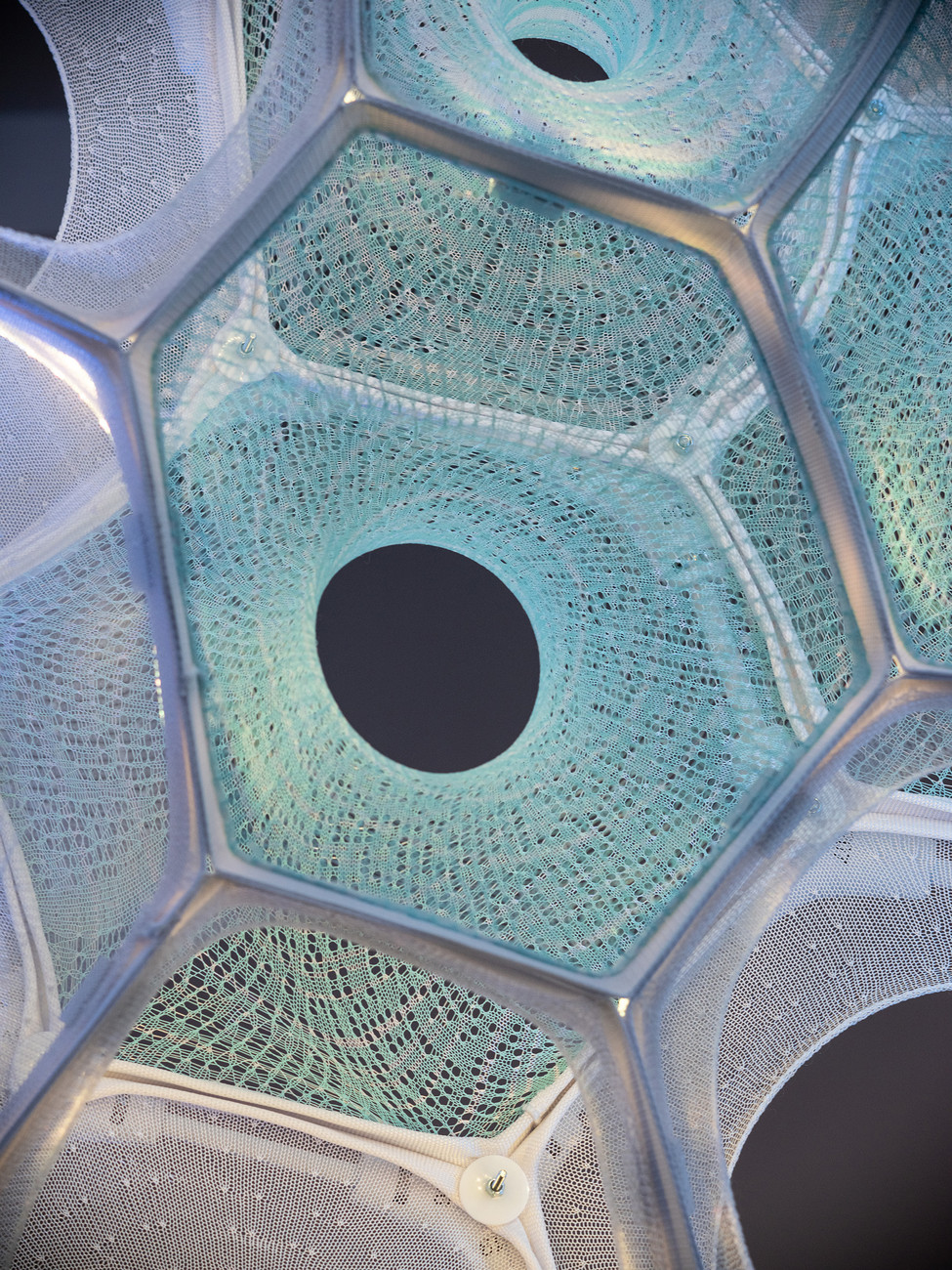 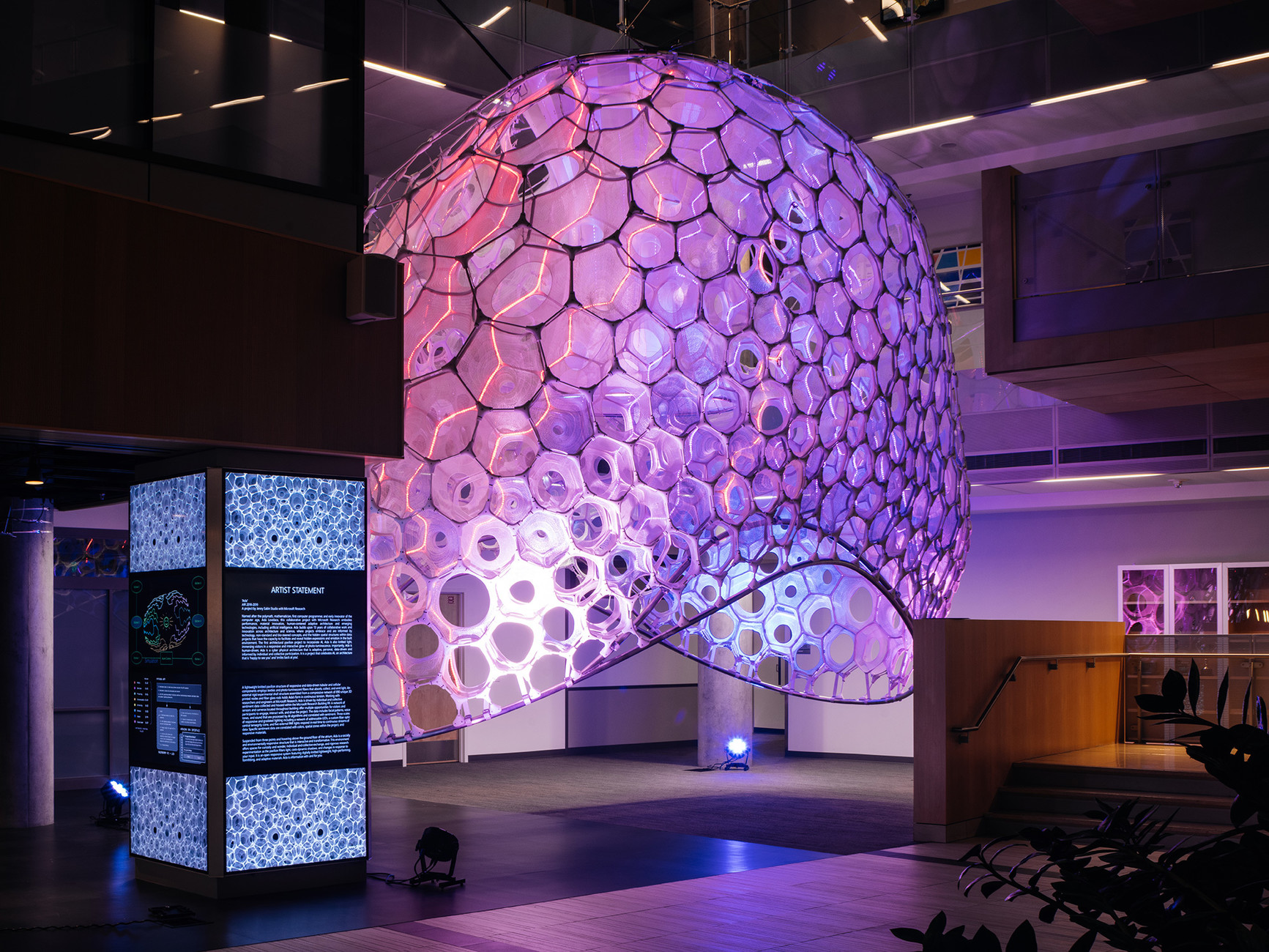 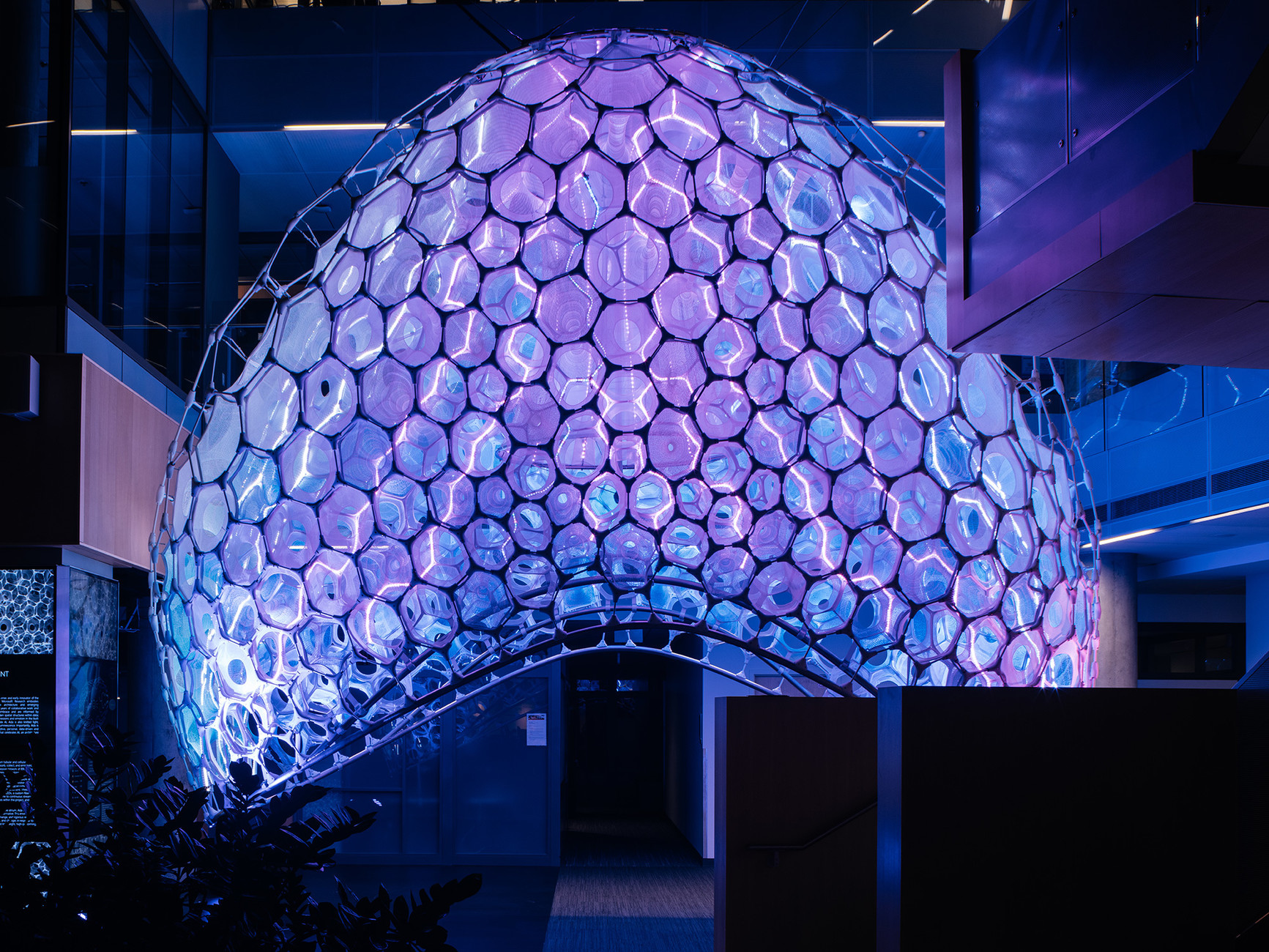 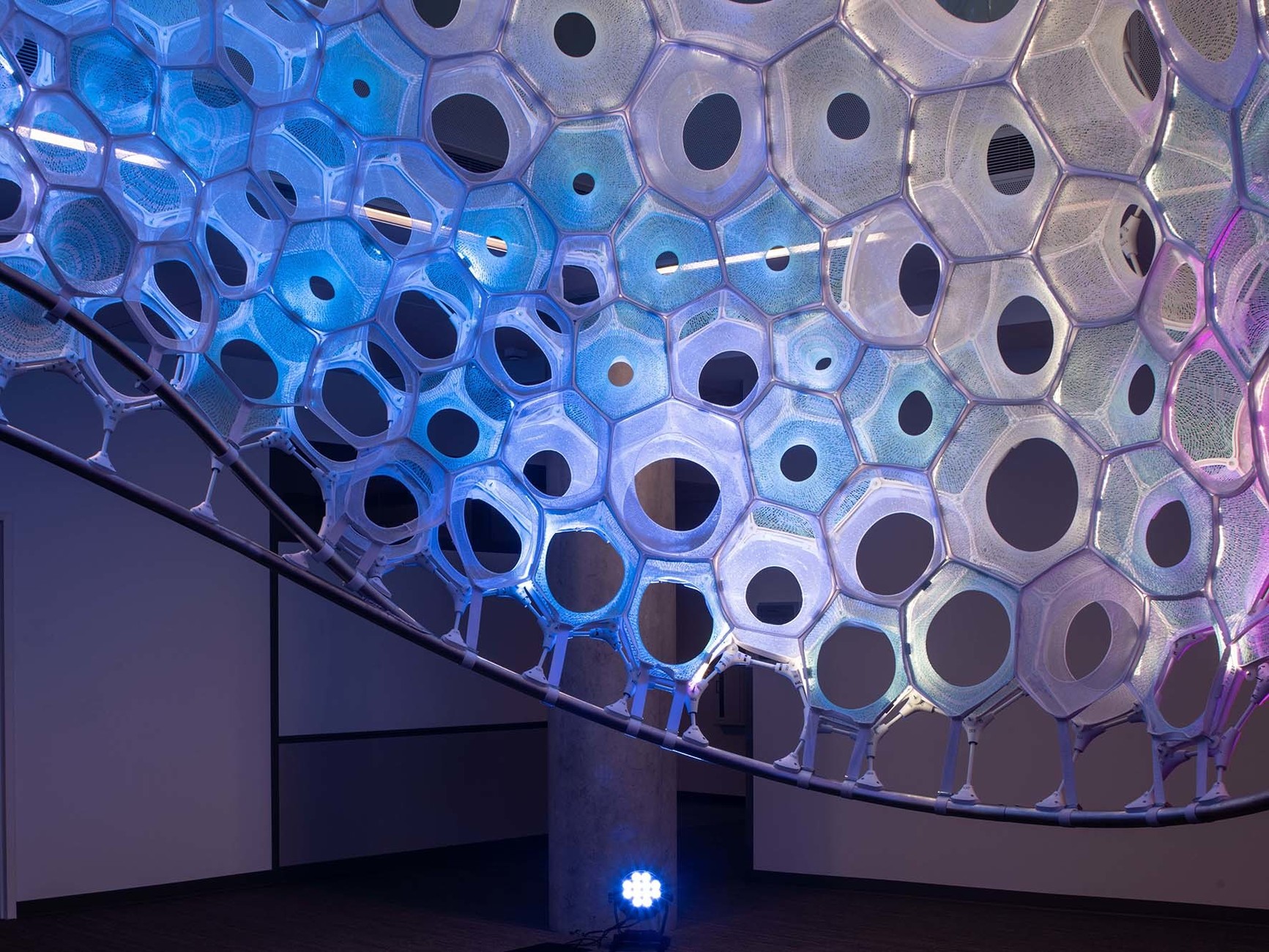 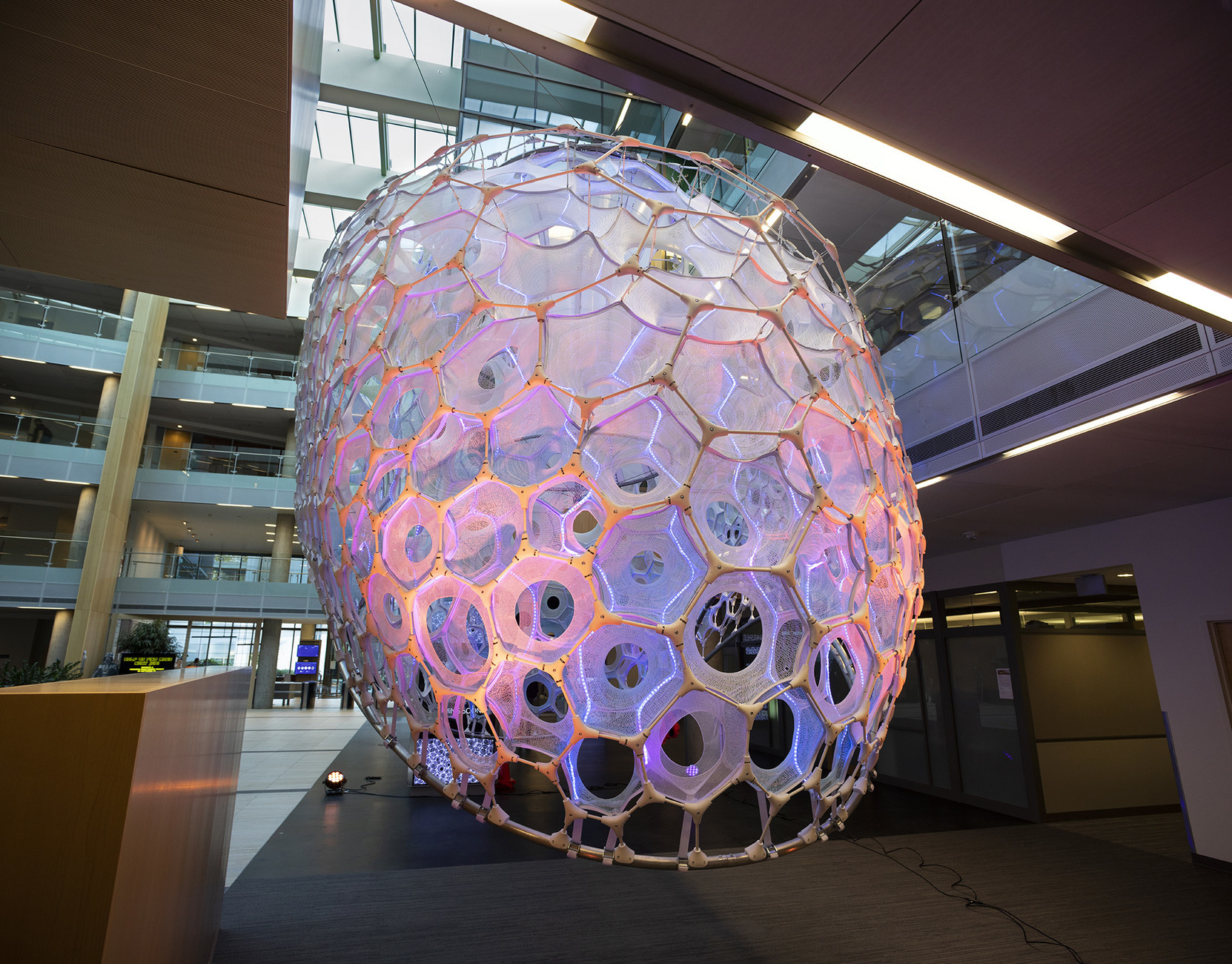 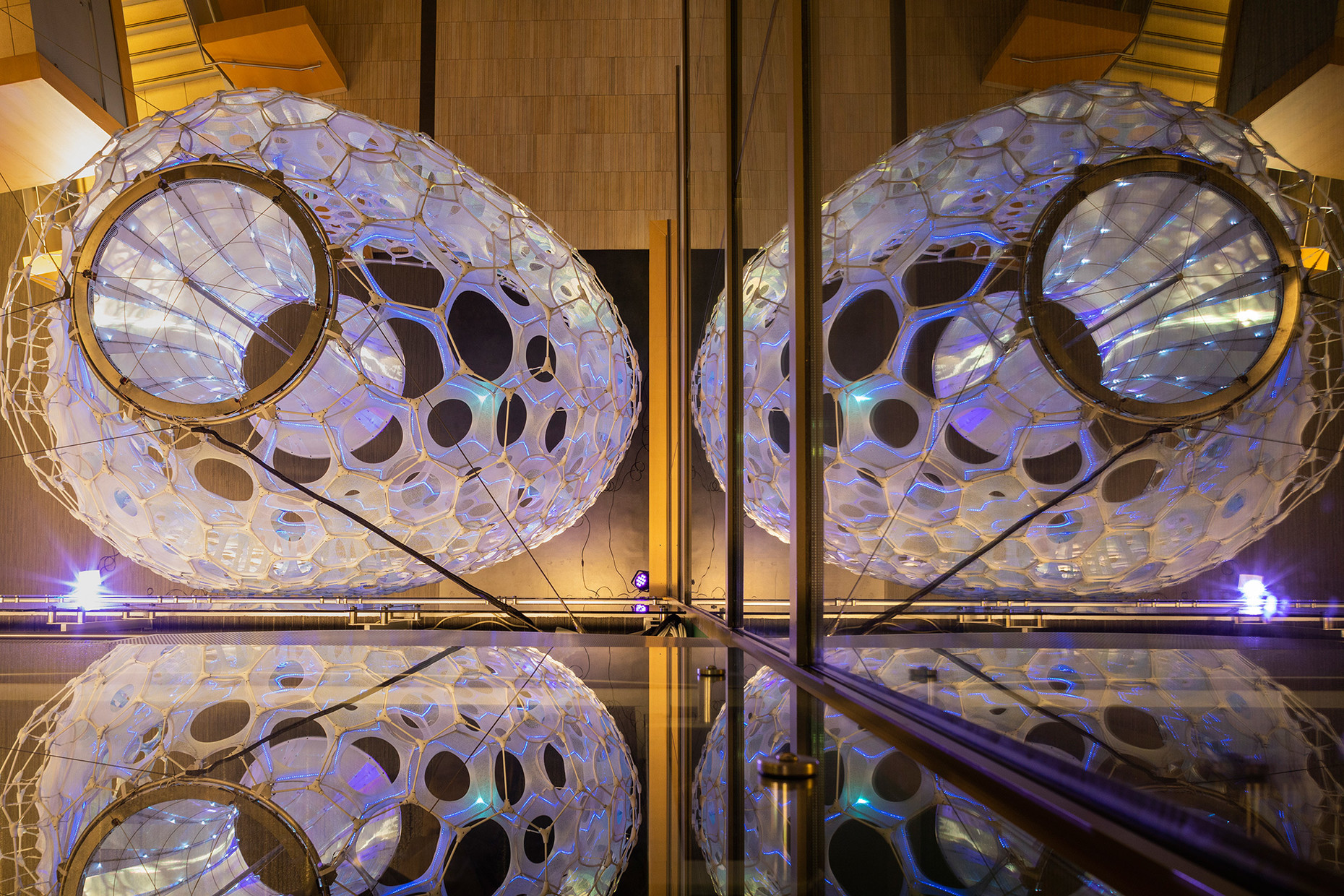 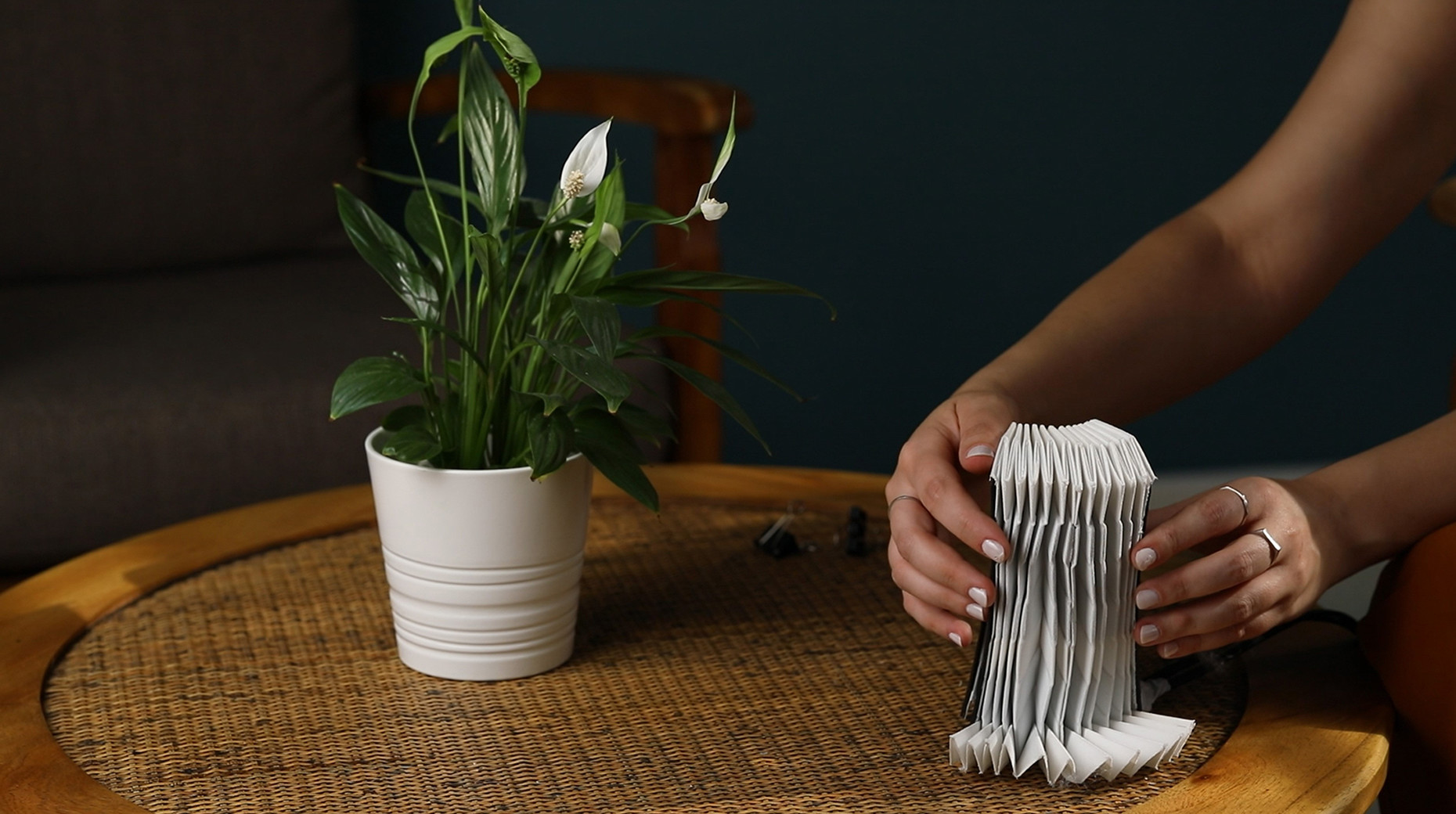 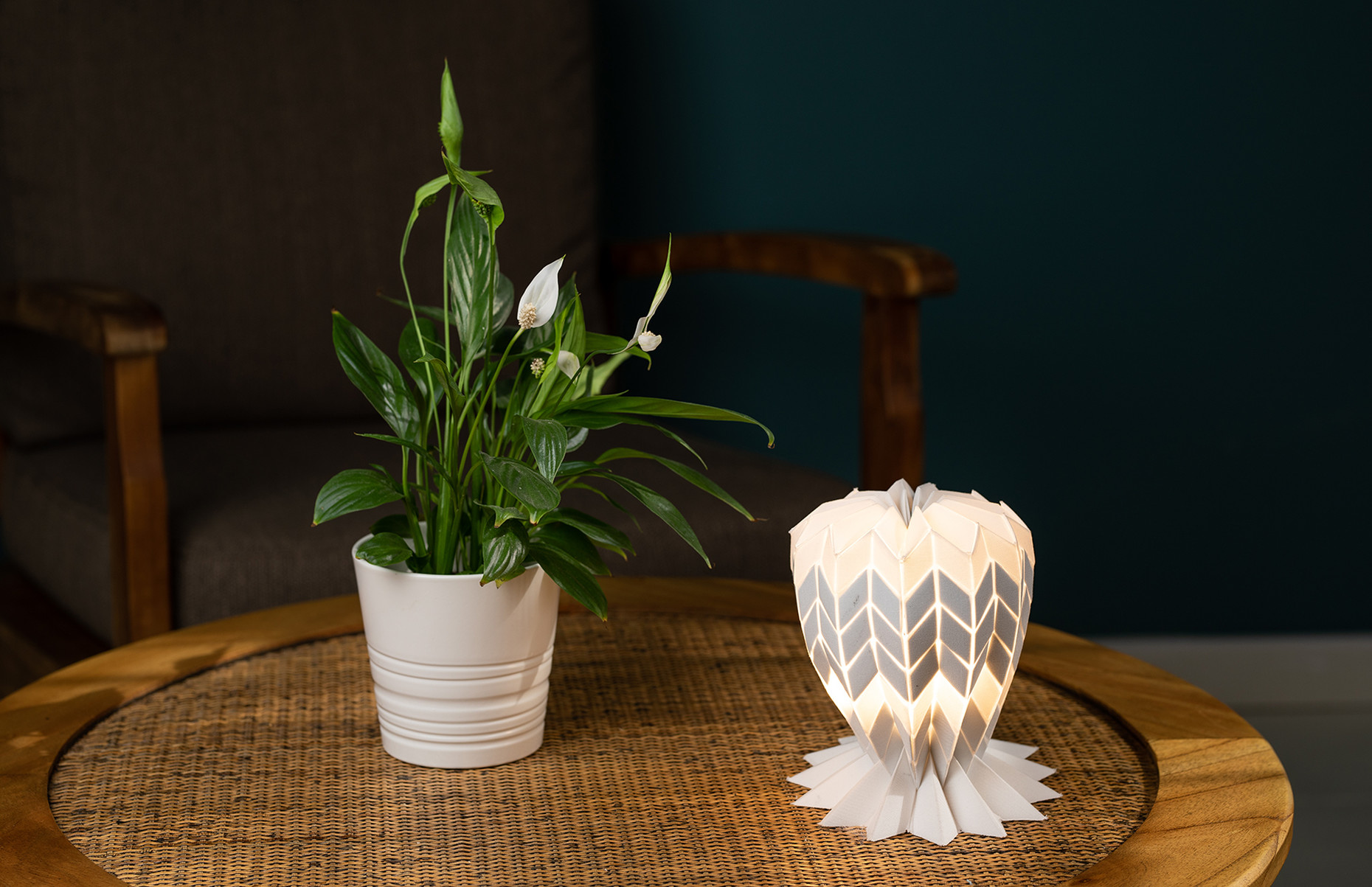 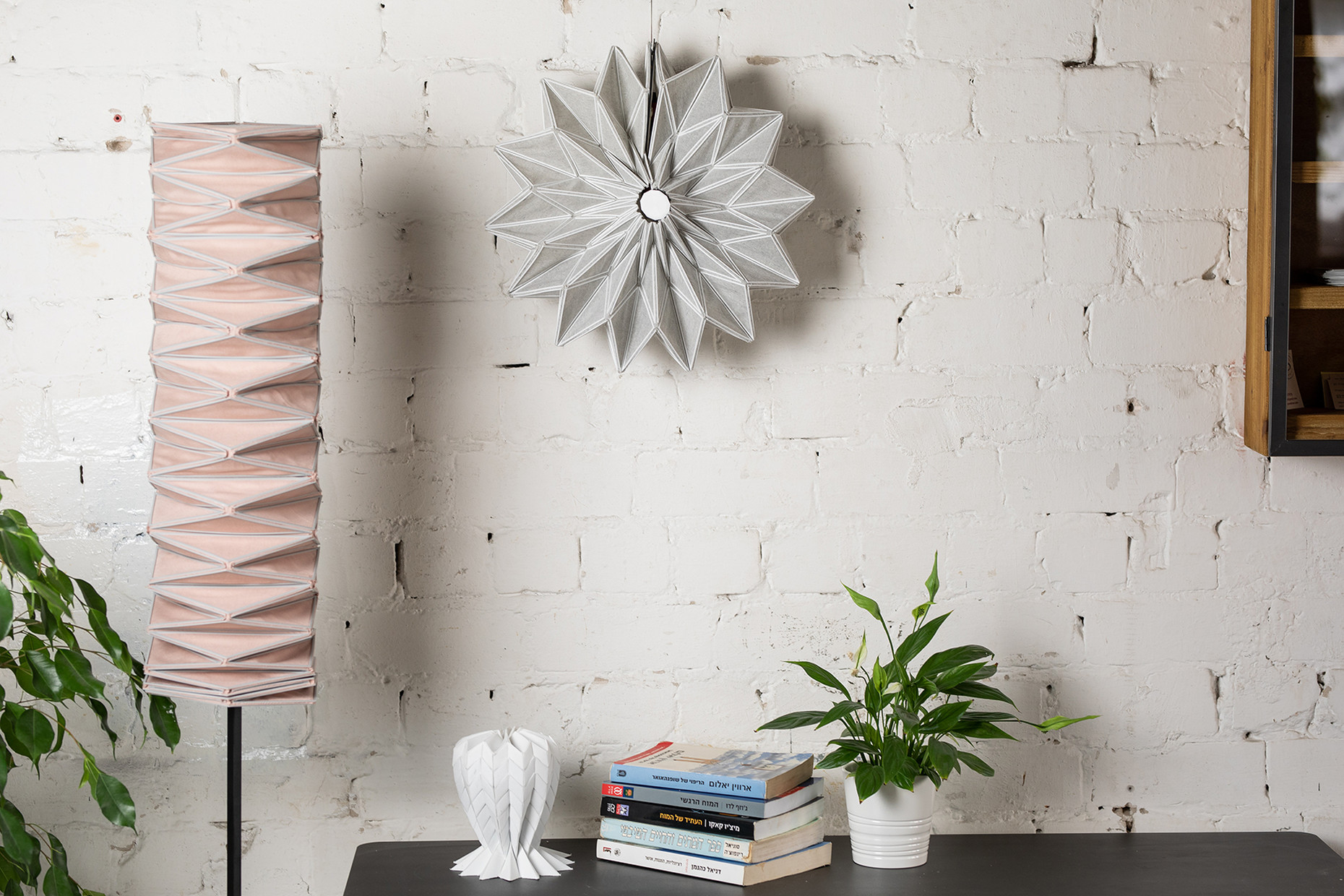 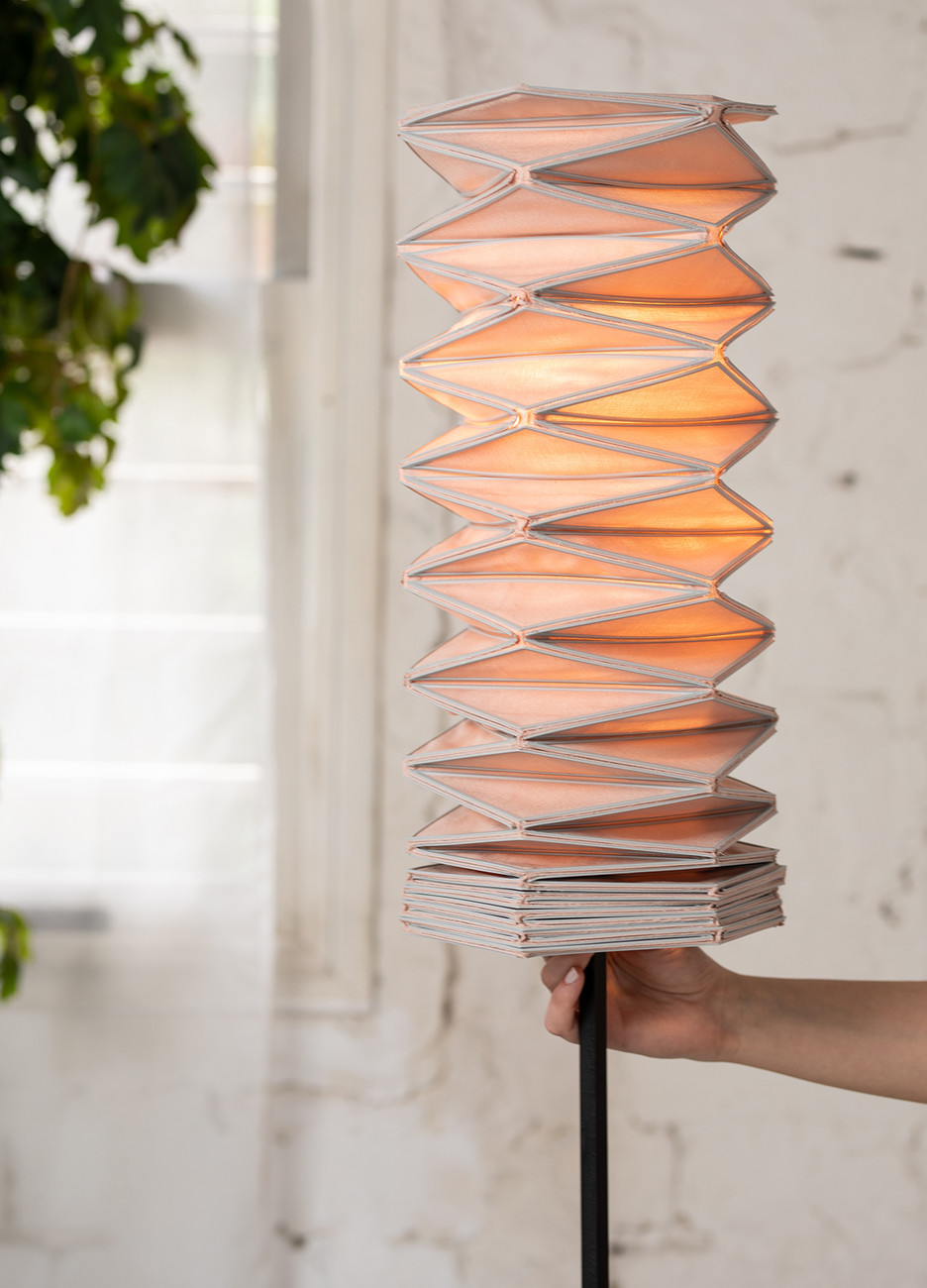 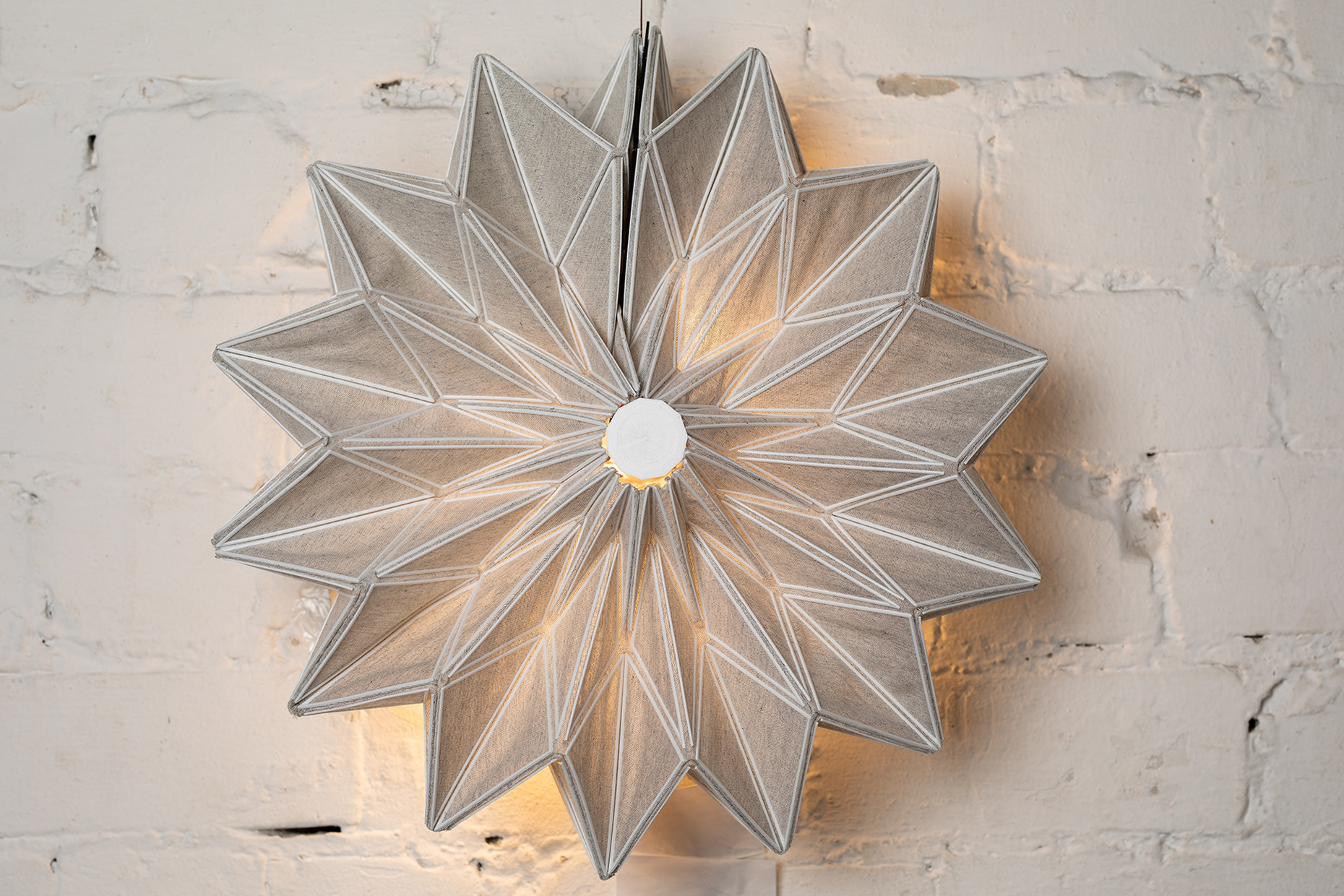 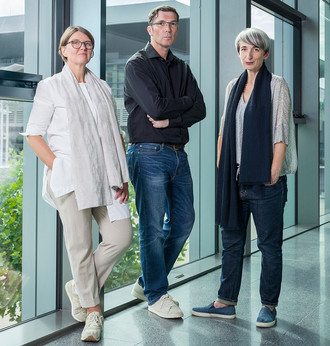 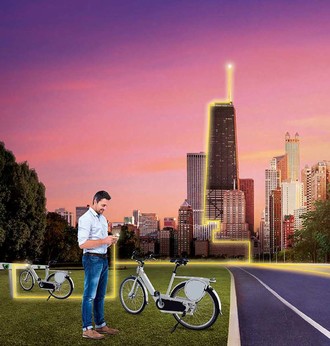 Not only does data flow all around the world: Networking is also changing everyday life right on our doorsteps. “Smart Urban” is one of the top themes of the Light + Building 2020. 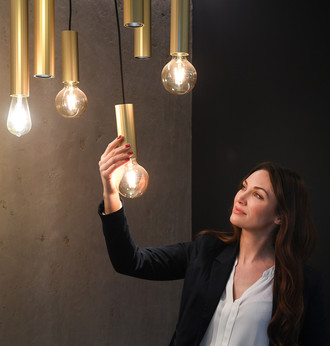 Kaleidoscope for lighting and technology 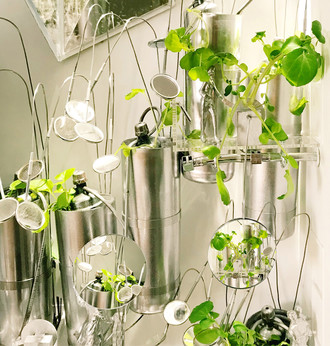 More than just a light

Plants that provide light: Professors Sheila Kennedy and Michael Strano are investigating the use of nanobionic organisms that could change our urban structures in the long term.