Once it was a popular destination for the upper class, and even writers such as Marcel Proust sought inspiration here: The casino in French seaside resort Trouville-sur-Mer was one of the largest in Europe back in 1900, and boasted an exclusive position on the beach promenade into the bargain. Gambling is no longer on offer in the marvelous building, but it is a sheer joy to overnight or dine here, as architect and designer Jean-Philipe Nuel has transformed the neo-Classicist building into a 5-star hotel. For the interior of the hotel with its splendidly resounding name “Les Cures Marines”, Nuel chose elegant furniture courtesy of Ligne Roset. Nuel himself has already designed products for the French family-owned company, such as the decidedly comfortable and enticing “Luca Soft” armchair, which with its soft curves is to be found in the hotel’s bar, in blue, brown and grey, subtly referencing the colors of the coastline. The “Luca Soft” is duly accompanied by smoothly rounded “Thot” walnut side-tables designed by Pierre Paulin.

For the hotel rooms, Jean-Philippe Nuel selected furniture with restrained lines. Such as the “Guggen” chair which André Kikoski originally designed for the restaurant in the Guggenheim Museum in New York City. Together with the “Do Not Disturb” sofa beds by Ligne Roset and “Roseau” ceramic vases by Noé Duchaufour-Lawrance, the chair with its chromed steel column-leg cuts a fine modern figure. “I wanted to give the building back its soul,” is how Nuel explains his choice of furniture, and adds: “And to raise the curtain and give a glimpse of its history, too.” The hotel’s very neighborhood is exclusive, as new French President Macron owns a summer house in Trouville. (am) 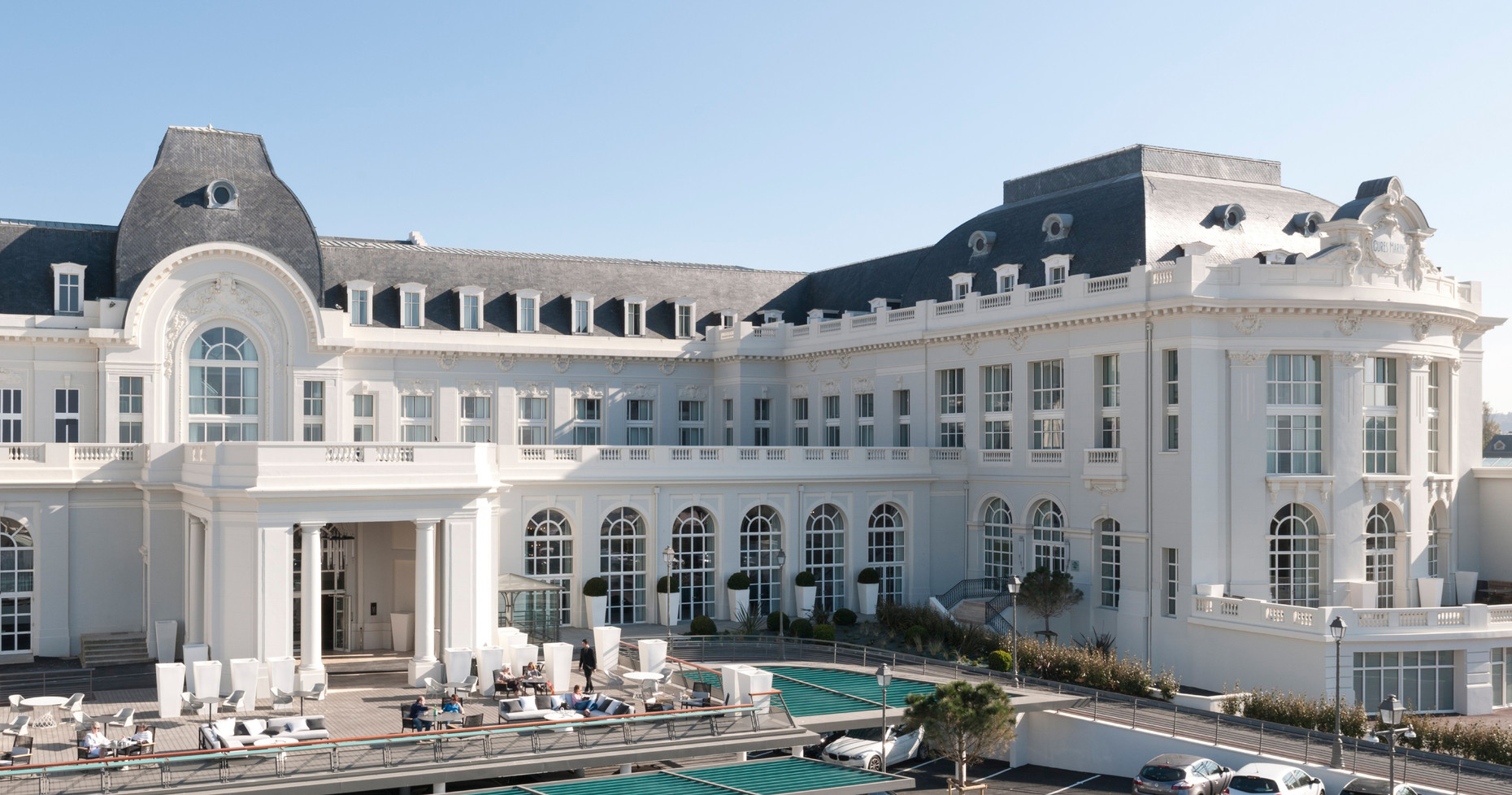 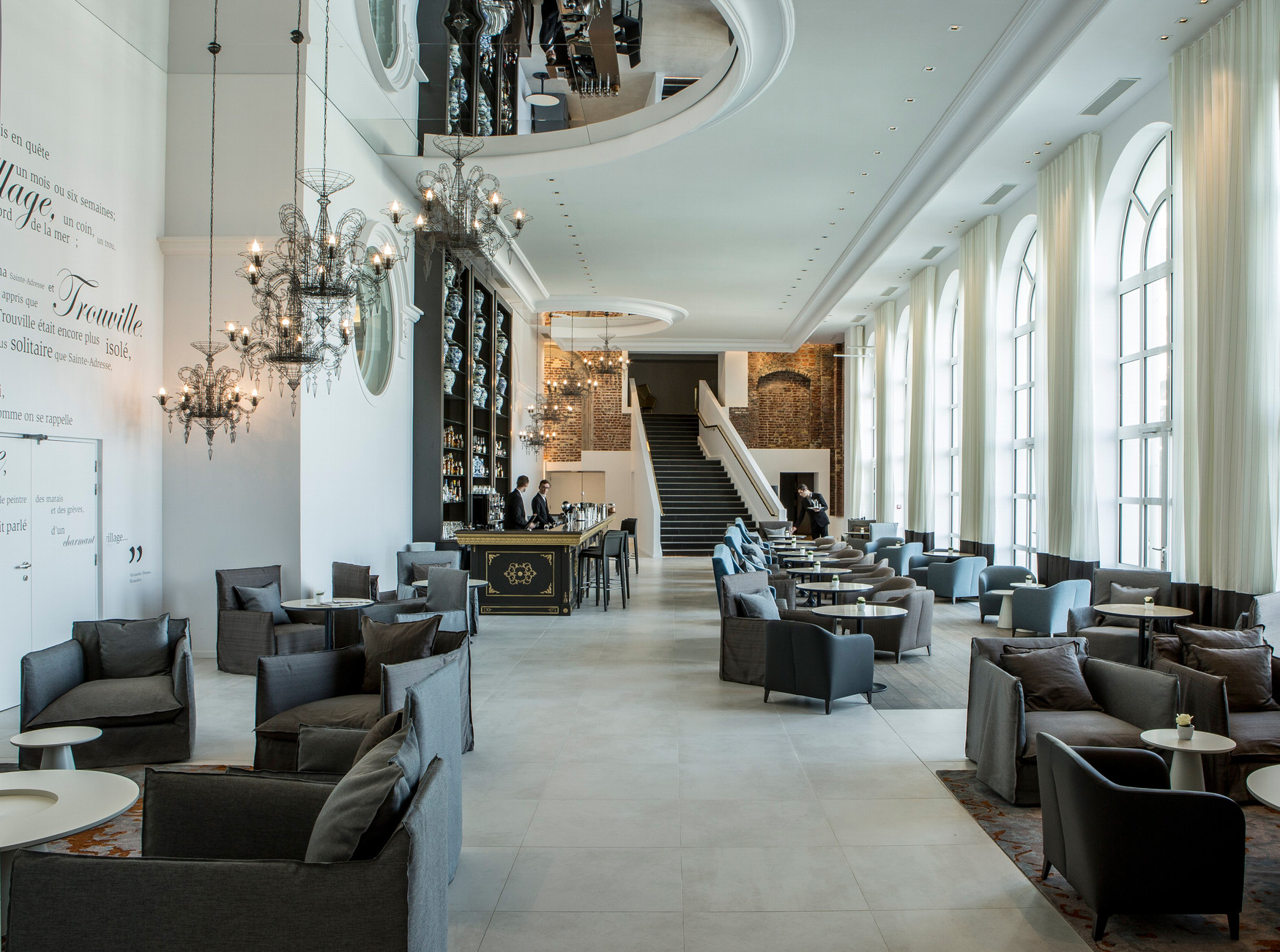 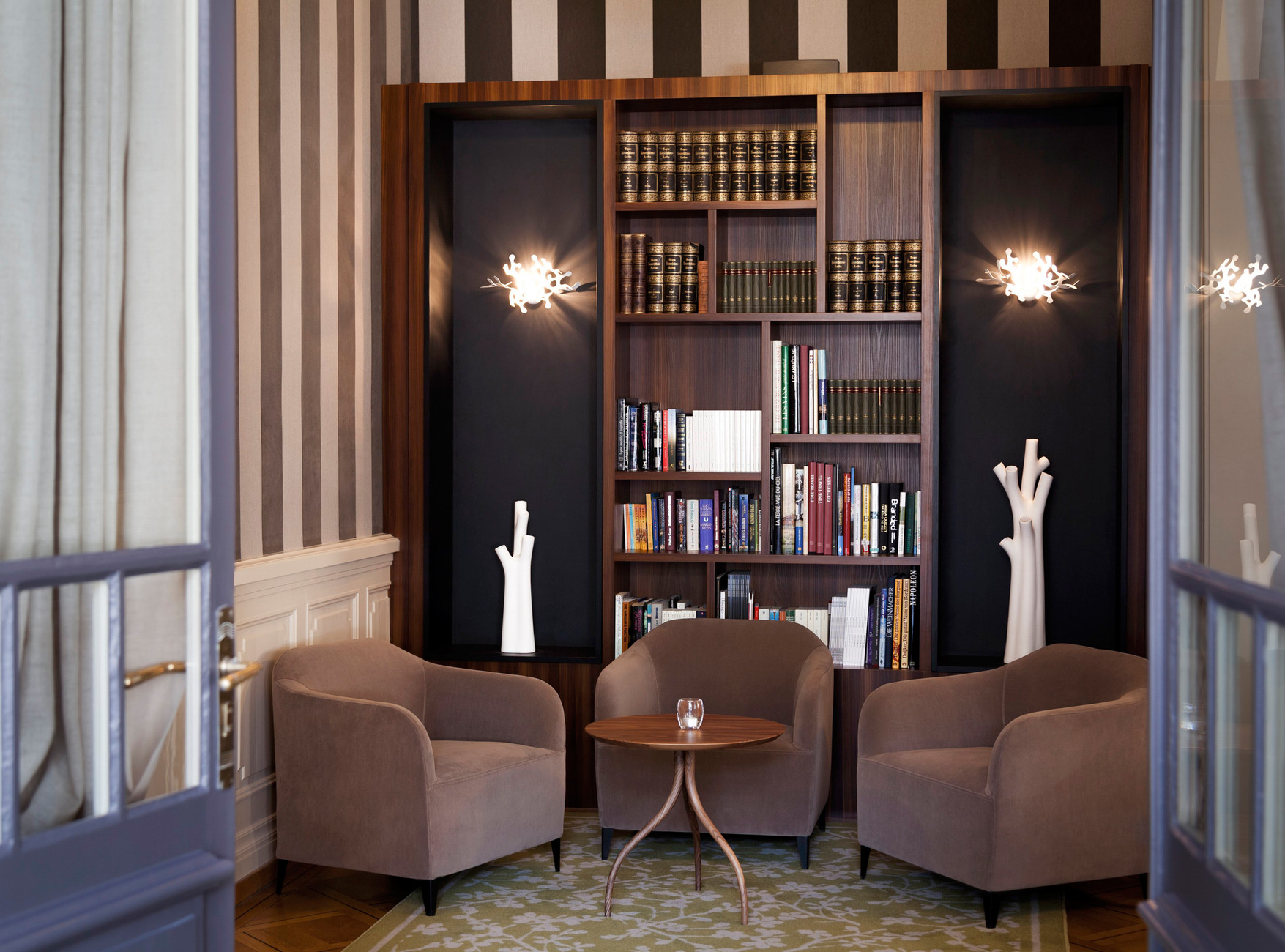 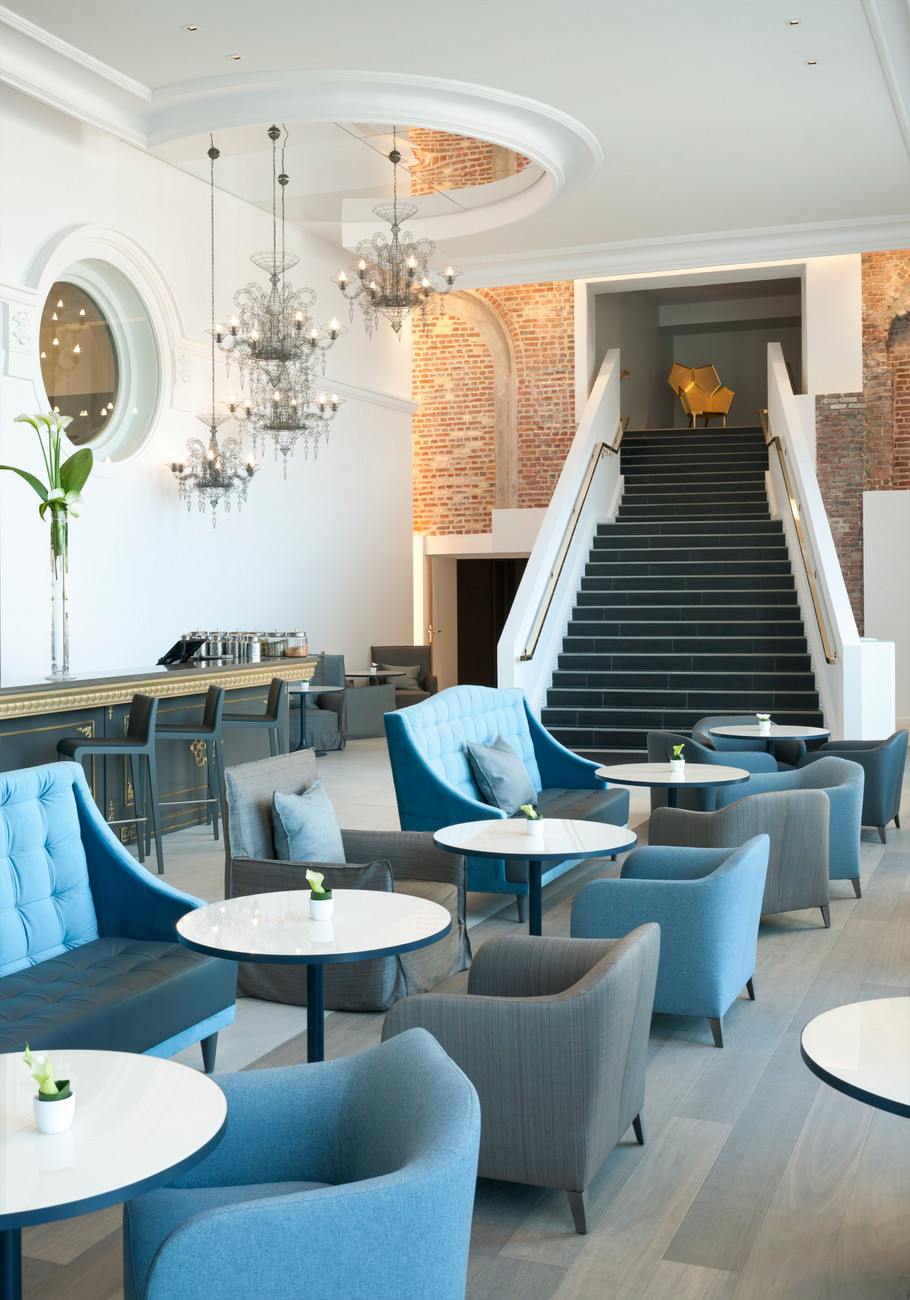 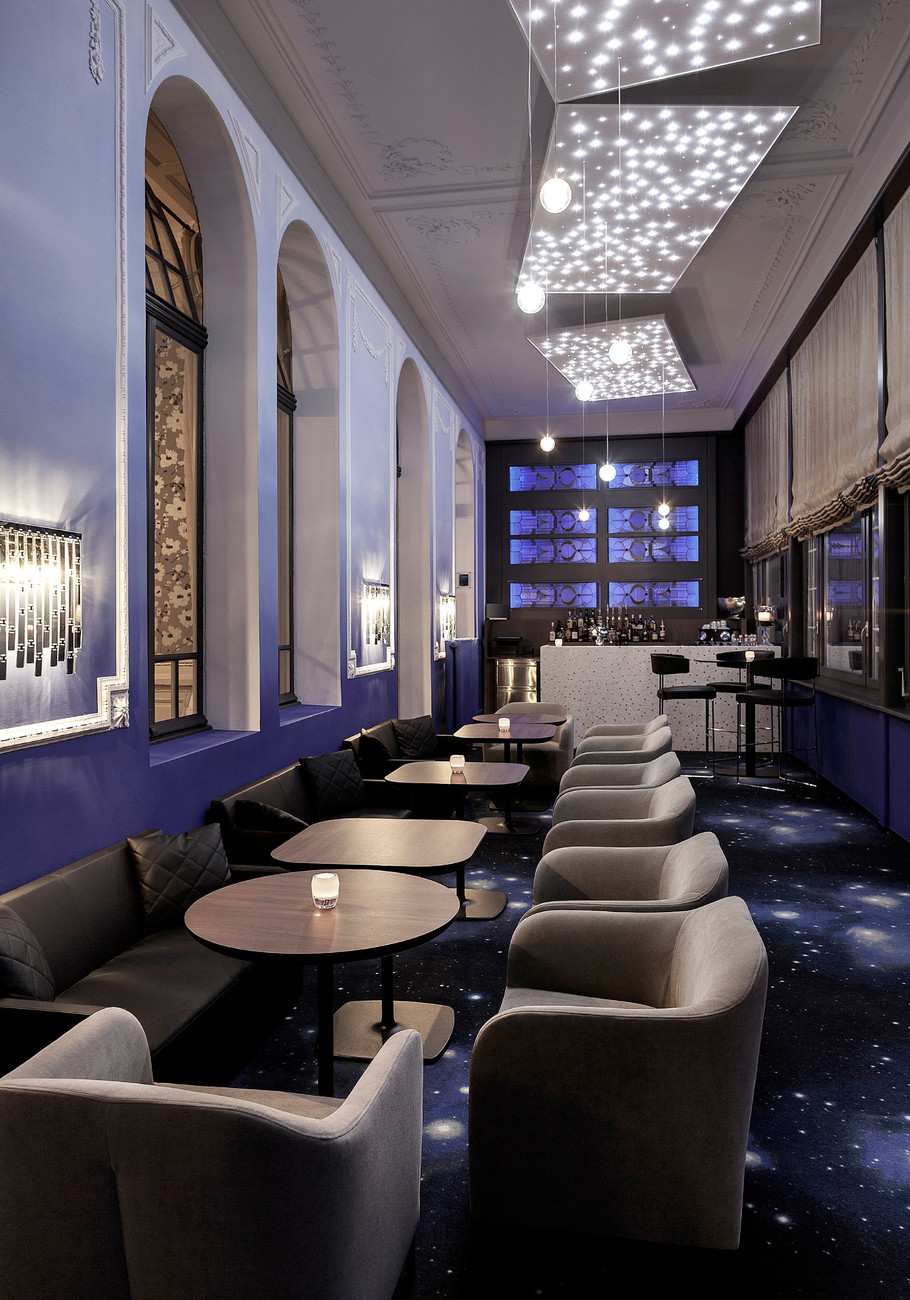 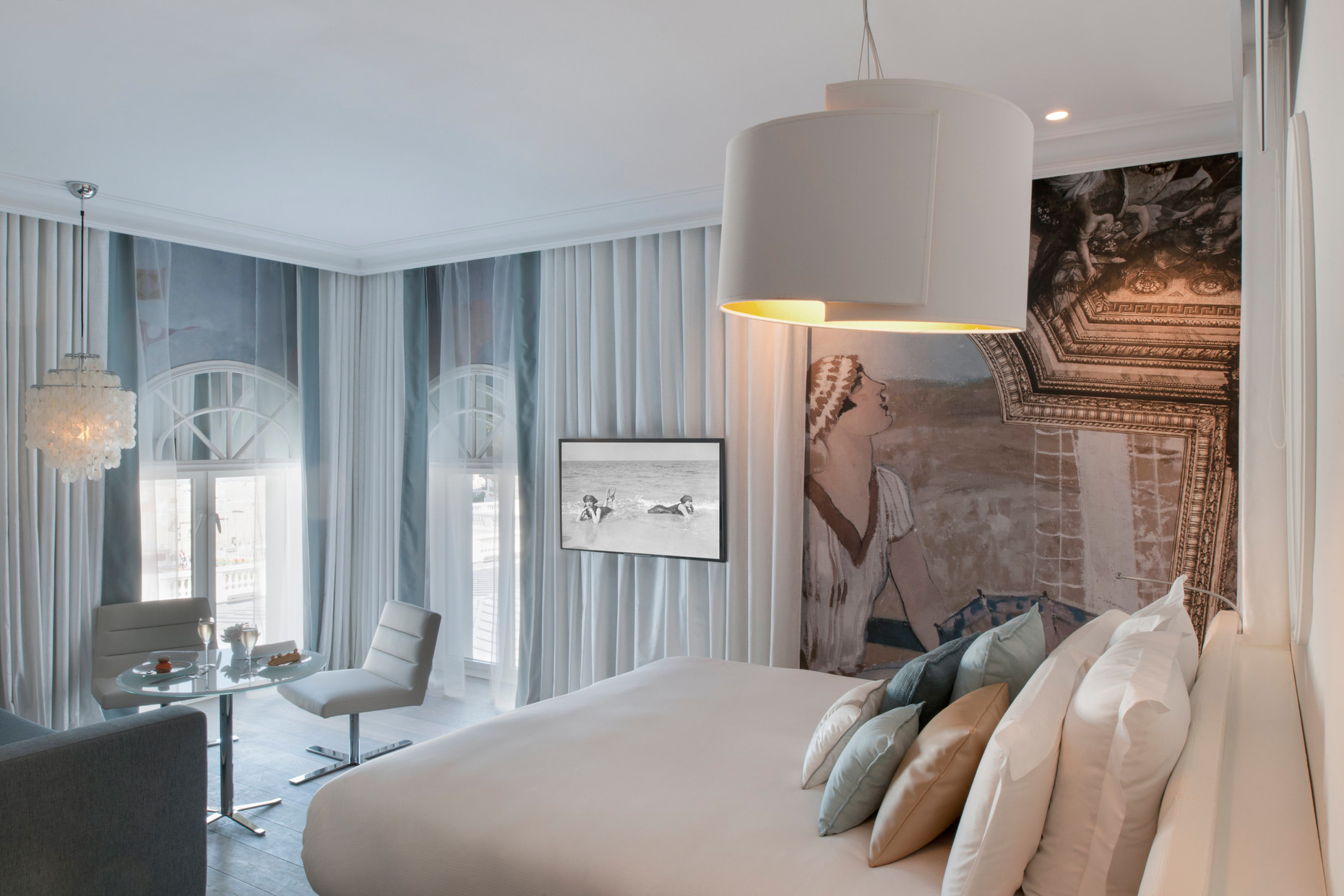 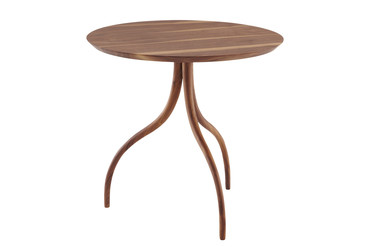 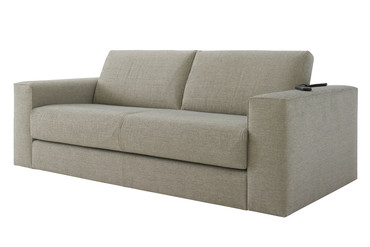 ligne roset
DO NOT DISTURB 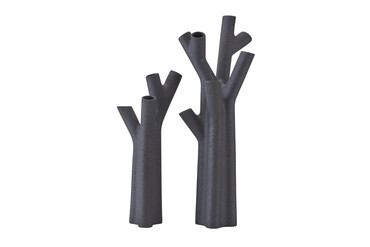