This pedestal table was made using a Pierre Paulin sketch which had never yet been put into production. For this pedestal table, Pierre Paulin applied to wood, a hard material, the same sensual treatment based on rounded, undulating forms as that which he applied to his celebrated seating made from foam and stretchy fabric. The purity of his remarkably soft design shows to best effect the species used and their traditional usage: natural walnut. The three feet undulate in an expressive S-shape, uniting beneath the top which they support. Their movement echoes the curve of the latter, which is shaped like a bevelled disc. The whole piece fits neatly into a perfect and almost cubic 50 x 50 space. 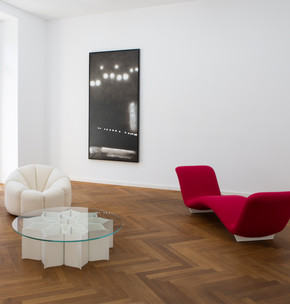 Galerie Parisa Kind in Frankfurt/Main is showcasing works by designer Pierre Paulin for the first time in Germany, juxtaposing them to paintings by his long-term friend Christoph von Weyhe. 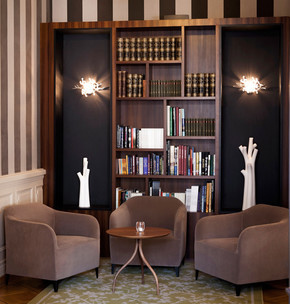 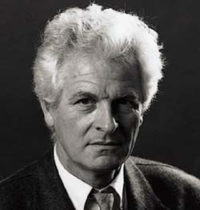