Kitchens and cars have more in common in the digital age than you might imagine. At the Living Kitchen in Cologne there were strong signs of how kitchens are upgrading digitally, too.
by Thomas Edelmann | 2/1/2017

The late graphic designer, painter and ad man Karl Gerstner paraphrased Karl Marx in describing the act of eating as a “necessity and freedom,” meaning it provides both nutrition and enjoyment. A necessity, “to prevent the fire in our organism going out,” and a freedom “also to shape part of our living culture.” Such an emphatic concept of eating may seem somewhat out of place today. Kitchens have long since emerged as places where we nurture the presentation of the profane processes of preparing food. You can cook in them, but don’t have to. The appliances and furniture increasingly serve as the indispensable backdrop for a digital joie de vivre that is as seamless as possible.

Even if the initial situation and degree of complexity differ, the development of kitchens and cars can definitely be compared. In both spheres strange notions of autonomy have gained sway. In the kitchen technical improvements are meant to lead to ever faster, and possibly ever better results. Human involvement is increasingly limited to activating touchscreens and scrolling through the menu selections. In the case of autos, by contrast, we are expected in future to be able to concentrate on all manner of other things and not on driving. Carmakers plan to make their money in future not by selling fossil-fuel technologies, but by relying on the digital connectivity of their products.

“BMW i Inside Future” is the name of a sculpture that is less about future automobile design and more about the “HoloActive Touch” and getting a little TV sci-fi into car interiors. A hologram projected in the car interior serves to activate and control functions such as the air/con, heating, entertainment, navigation and communication – these all seem more important now than some “joy of driving.” The function study presented at the Consumer Electronics Show in Las Vegas gives the user’s fingertip small ultrasonic feedback as soon as s/he presses one of the hologram’s virtual buttons.

In Cologne, kitchen appliances manufacturers such as Bosch, Siemens and Miele also presented their idea of the future. At the Bosch and Siemens booth visitors were able to ogle “My kitchen elf” or “MyKie” for short, a digital assistant that will one day be at hand as your “smart conversational partner in the kitchen.” It will be voice-activated. The device boasts a swivel dish-shaped head and will know the contents of your fridge, any number of recipes, and how long the cake in the oven still needs. Moreover, it serves as the HQ for all the other Home Connect household appliances. Bosch is currently busy working with a start-up called Mayfield Robotics on a mobile home robot called Kuri scheduled to be launched on the US market at year-end. In Cologne, Bosch already proudly presented how the latest ovens can be voice-controlled using “Amazon Echo.”

It is still debatable what benefits all this is supposed to offer and whether these technologies will gain sway, let alone what the value added is. In fact, Bosch took “perfect results” as the motto for its booth at the Living Kitchen, which has less to do with practice, trial and error or skill in preparing foods and more with ingenious sensor technology. The latter helps make certain that the temperature inside the pot or oven is exactly as set and thus makes sure nothing can go wrong. Head designer Robert Sachon and his design team have given the new products a strong aesthetic appeal and the presentation itself was very imaginative.

Kitchen and living room cut from the same block

Team 7 has a different take on the seamless transition from kitchen to living room. The Austrian company (86 percent of its sales are exports) is offering a new solid-wood line called “filigno” based on a purpose-developed triply that is only 12mm thick complete with shadow gap and an end-grain edge band. Together with Potsdam-based designer Dominik Tesseraux, known hitherto for his bathroom designs, Team 7 head designer Sebastian Desch has created a kitchen and a furniture line complete with sideboard, highboard and shelves. The carcasses can be placed one inside the other, the kitchen island doubles up as high worktop and low dining top. The program is rounded out with refined items such as illuminated elements, glass doors and shelving, as well as ceramic tops.

The notion of planning a living room and kitchen cut from a single block and with a coherent design idiom throughout requires imagination on the part of the visitors to the fair, however. Because market logic insists that the seamless product idea then has to straddle two booths and thus requires that visitors have to visit two worlds, each populated with its own distributors. “It is crucial for us that a separate booth is there to emphasize the brand’s expertise in kitchens,” comments Georg Emprechtinger, managing partner and owner of Team 7. There’s a dedicated external sales force for the kitchens, which also has its own product management and technology teams. In reality it is actually almost a separate division, explains Emprechtinger. Adding that “our success proves us right.” However, the company relies on joint communications for its kitchen and furniture lines.

The idea of using a single furniture line for the entire living space, starting with the kitchen, is an agenda championed by various other manufacturers, too. For years now, Leicht has been active in this area and is now fielding Le Corbusier’s color palette (see our interview with Stefan Waldenmaier) – the colors have a quite different effect on the contemporary furniture cubes than they did with the 1925 “Casiers Standard,” designed by Le Corbusier and Pierre Jeanneret, revised in 1978 by Charlotte Perriand ready for production, and re-issued by Cassina as a ubiquitous piece of furniture that can thus also be used in kitchens.

Do kitchen and furniture brands benefit from new alliances such as are emerging above all in Italy? On its booth, Valcucine presented a huge iPad called “Genius Loci” – a kitchen with a front that moved upwards in a swipe movement. All around furniture by partner company Driade was on show. Yet the overall impression was not really convincing. By contrast, B&B Italia integrated its new partner Arclinea perfectly into its own booth, relying on a great deal of understatement to do so. Luxury kitchens in the midst of luxury lofts – a perfect fit.

Any amount of technology

In addition, the kitchen makers showcased masses of technology. For example, Nolte presented a Sony mini-projector for recipes and surfing the Net. Possibly more important was the invisibly integrated induction hob. Hitherto this tends to have been the province of Boffi. It was primarily component suppliers who exhibited so-called innovations, whatever these may be. Hansgrohe has joined up with Phönixdesign to create 16 new stainless-steel sinks. And it also presented a kitchen mixer with a perfected pull-out rinser. Hansgrohe wants to offer a package that features “completely calibrated solutions for the kitchen.”

For the opposite to perfect pre-cooked items, visitors could browse the booth of “Frame Publishers” and “Creative#olland.” Helmut Smits’ installation “Real Thing” shows what you get if you break Coca Cola down into its constituent elements in a lab. “Whoever wishes to write poems must learn to read poems,” claimed Karl Gerstner in his book “Avant Garde Küche – Prinzipien statt Rezepte,” which came out back in 1990. Back then you still “had to learn to eat dishes if you wished to cook dishes.” How times have changed. 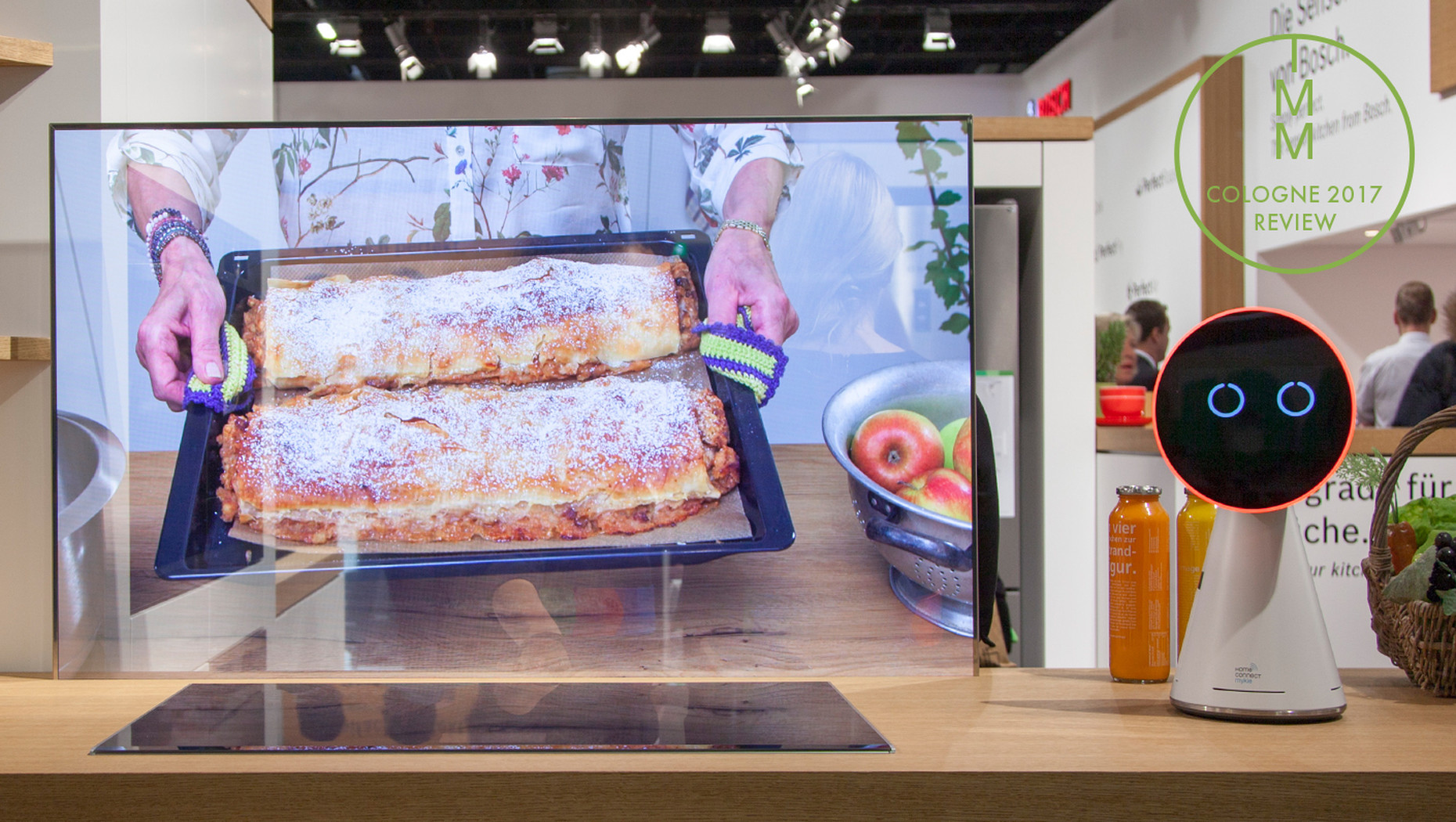 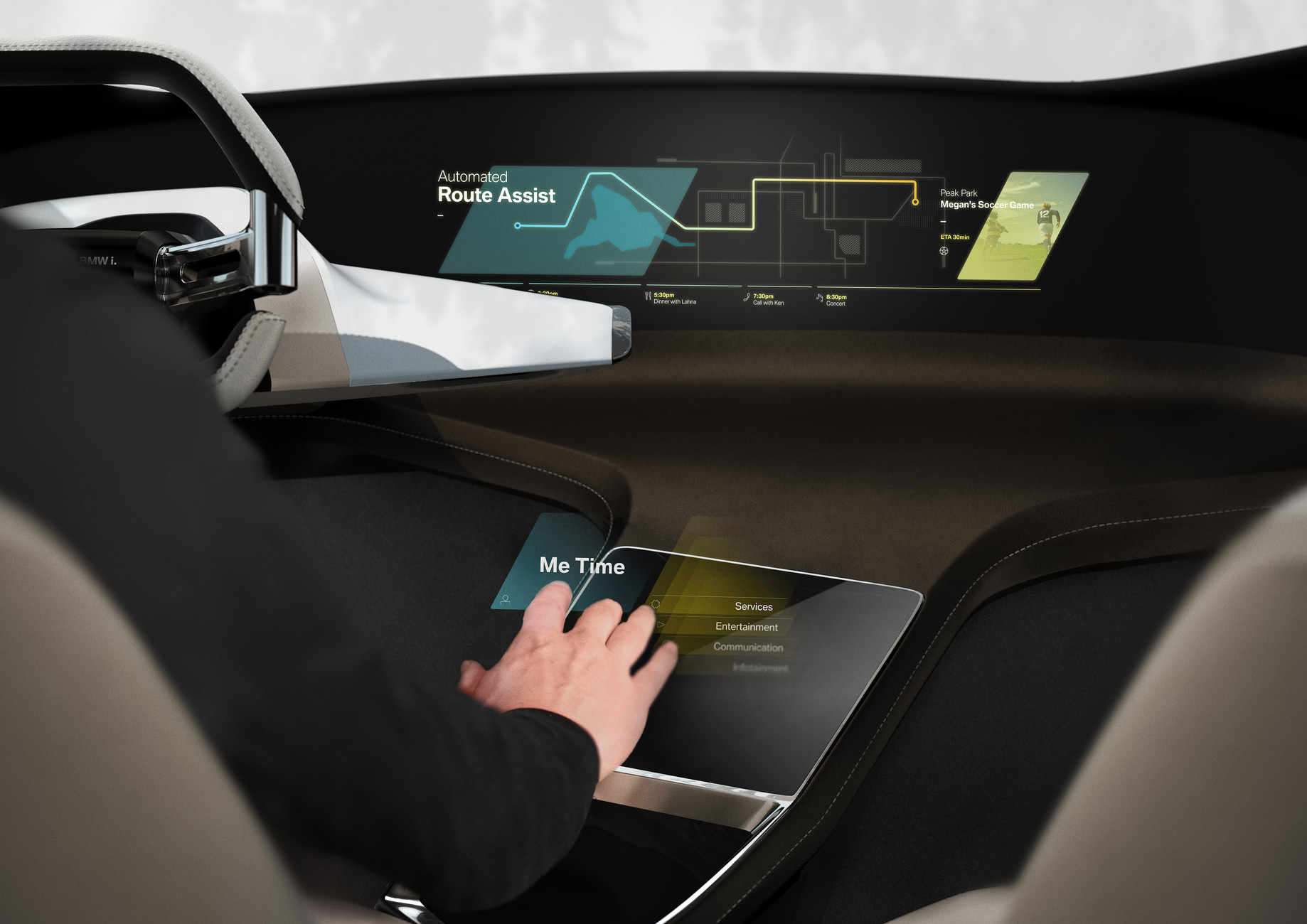 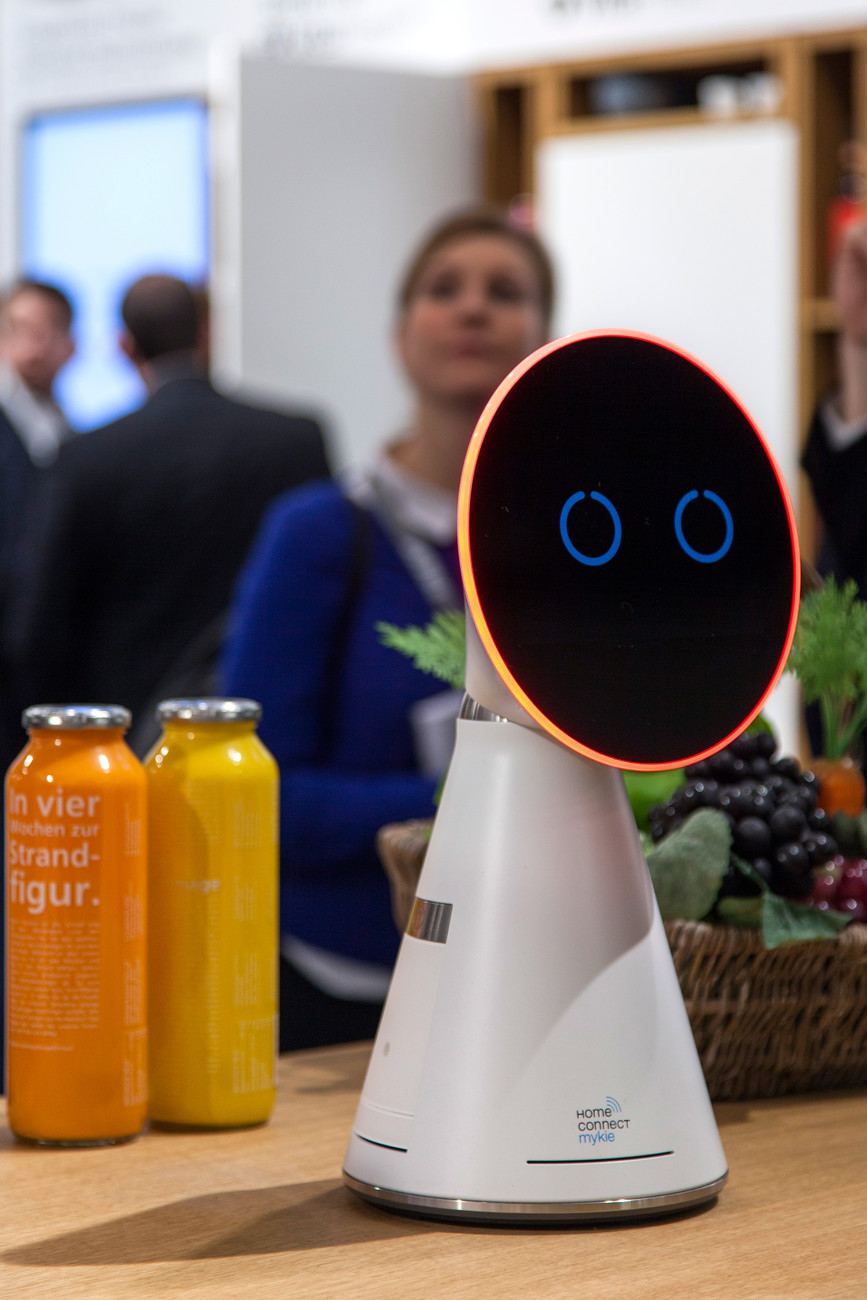 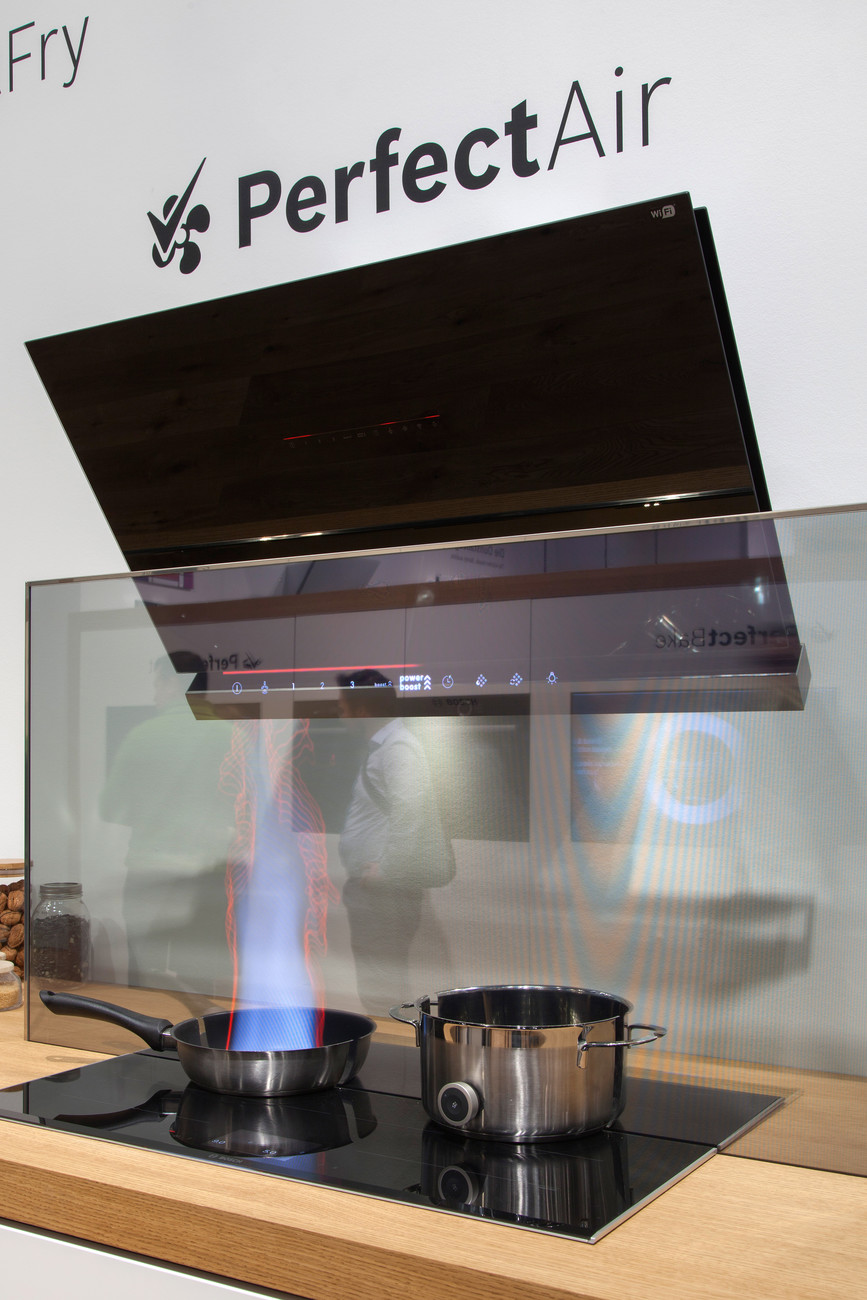 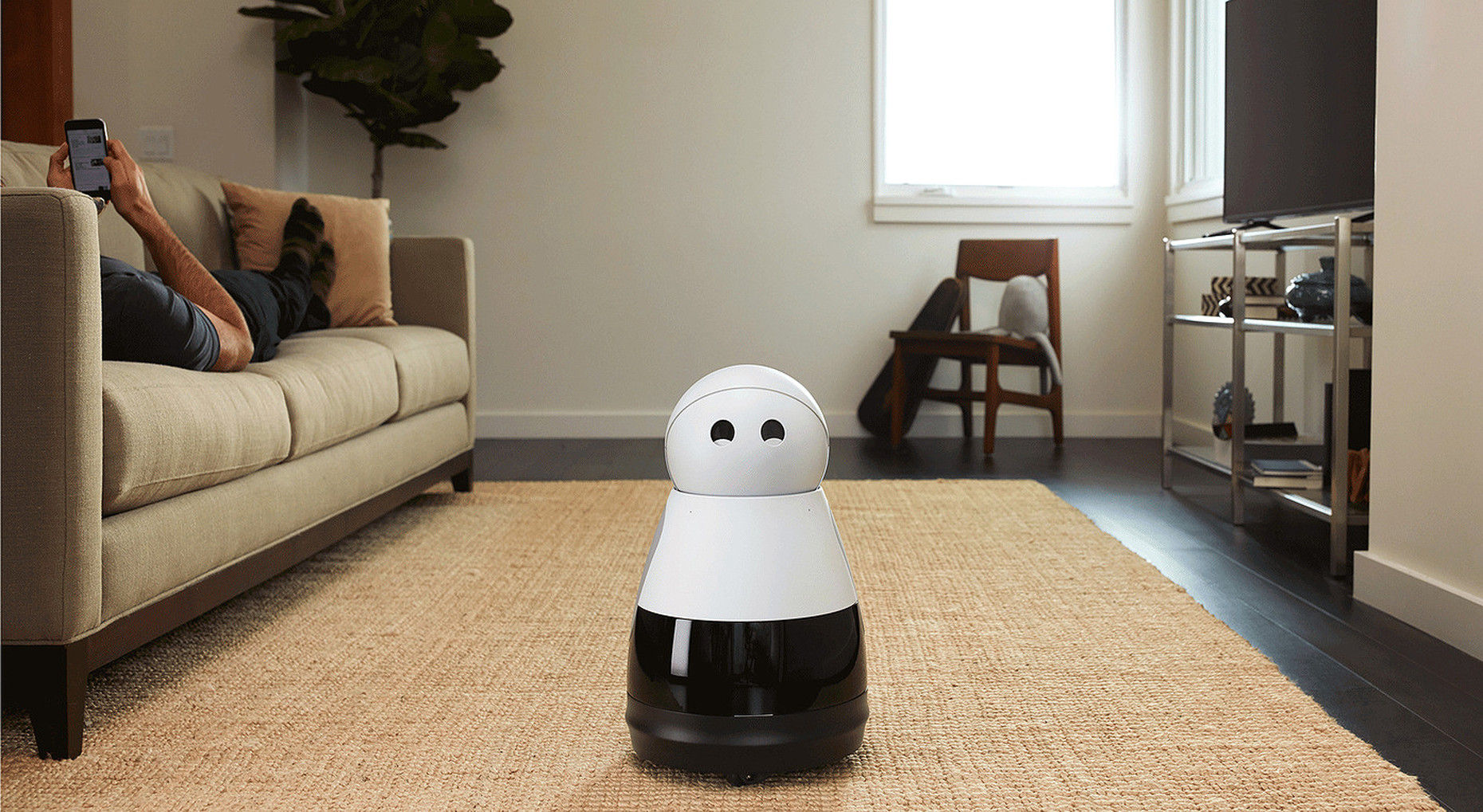 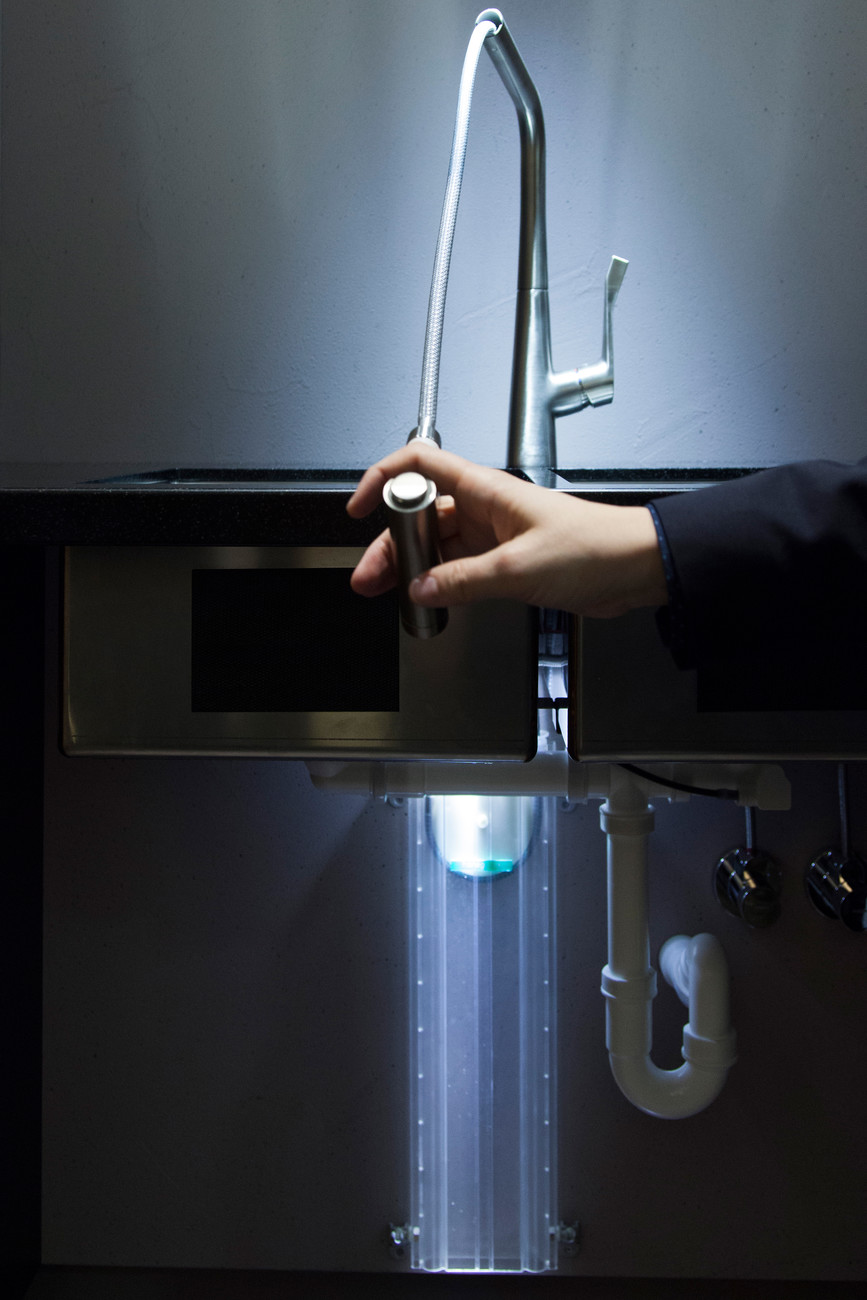 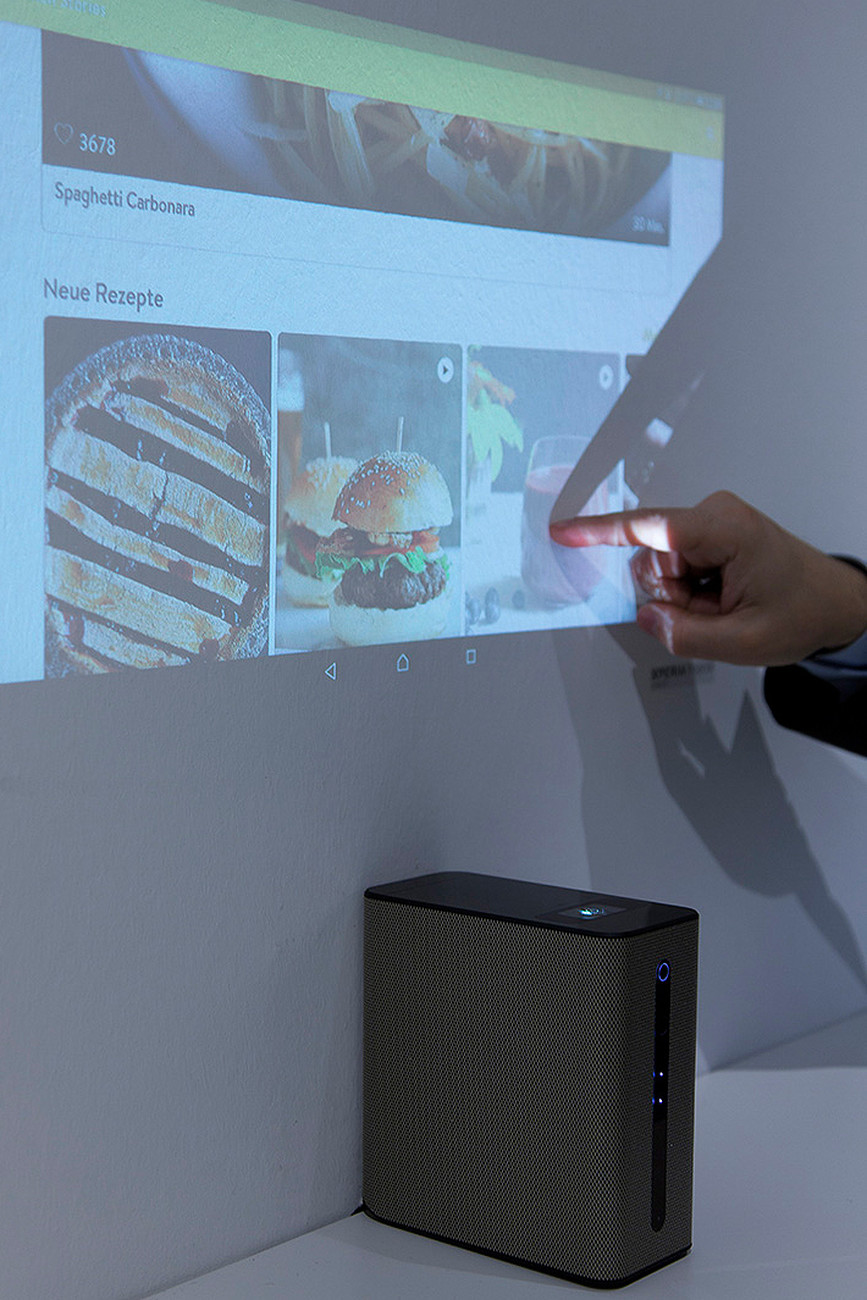 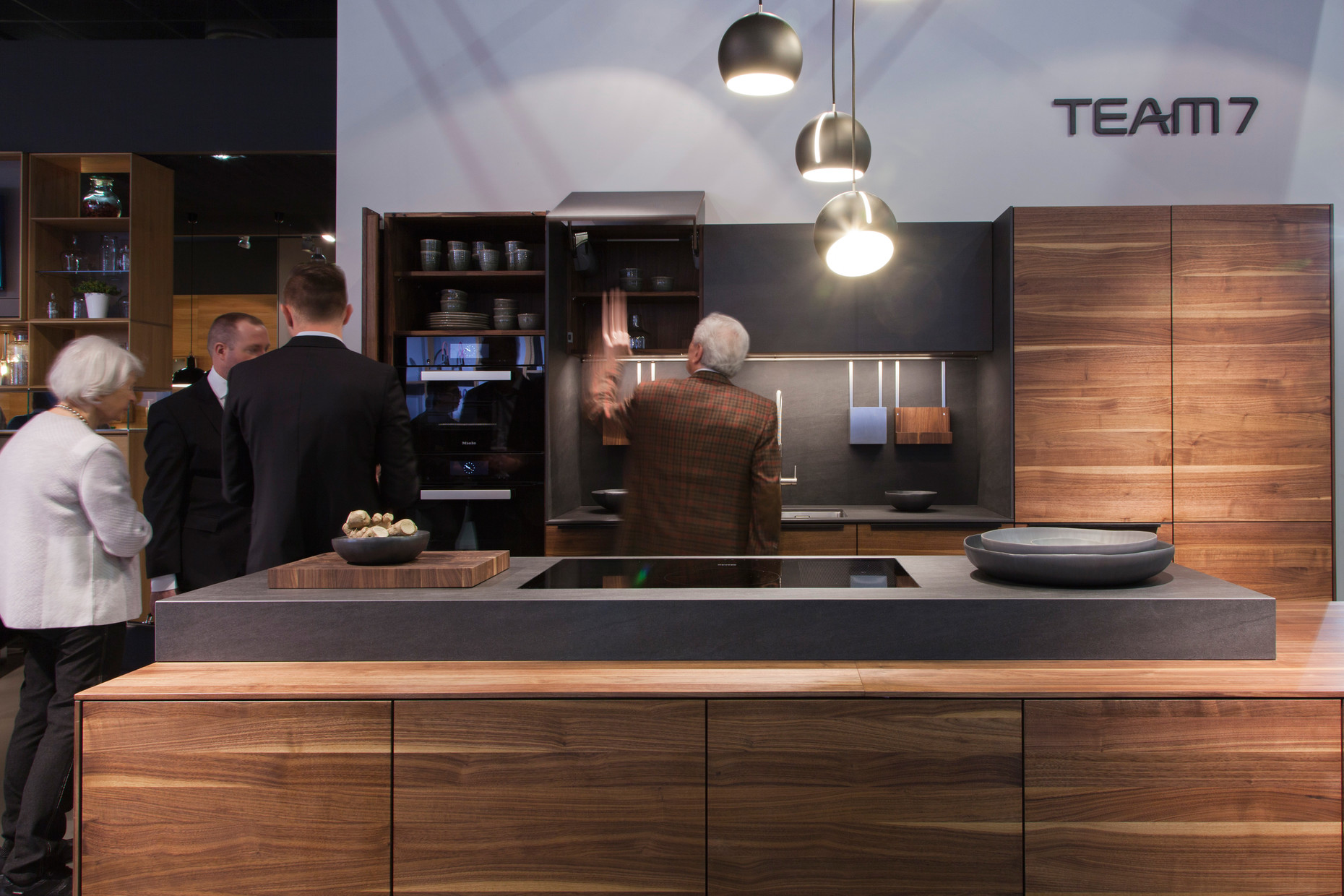 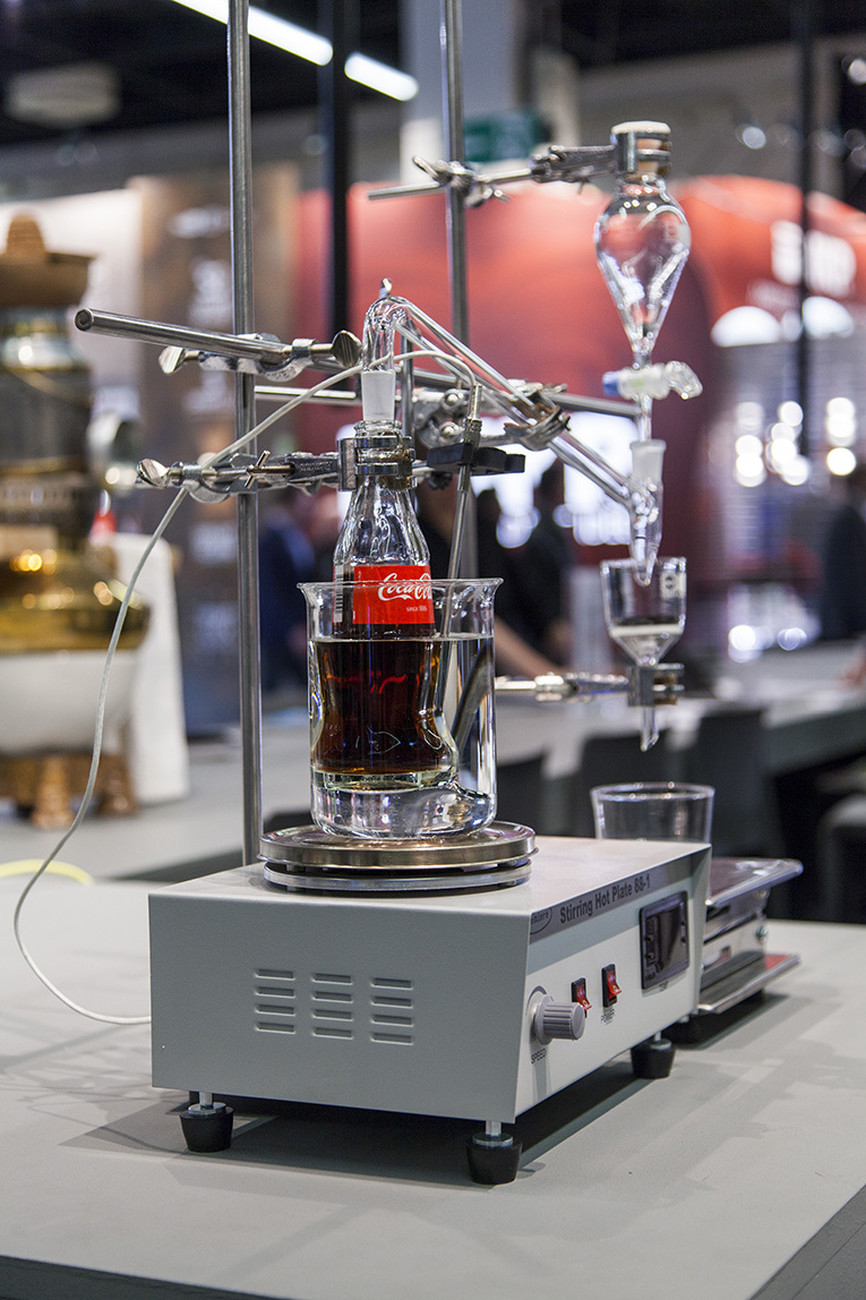 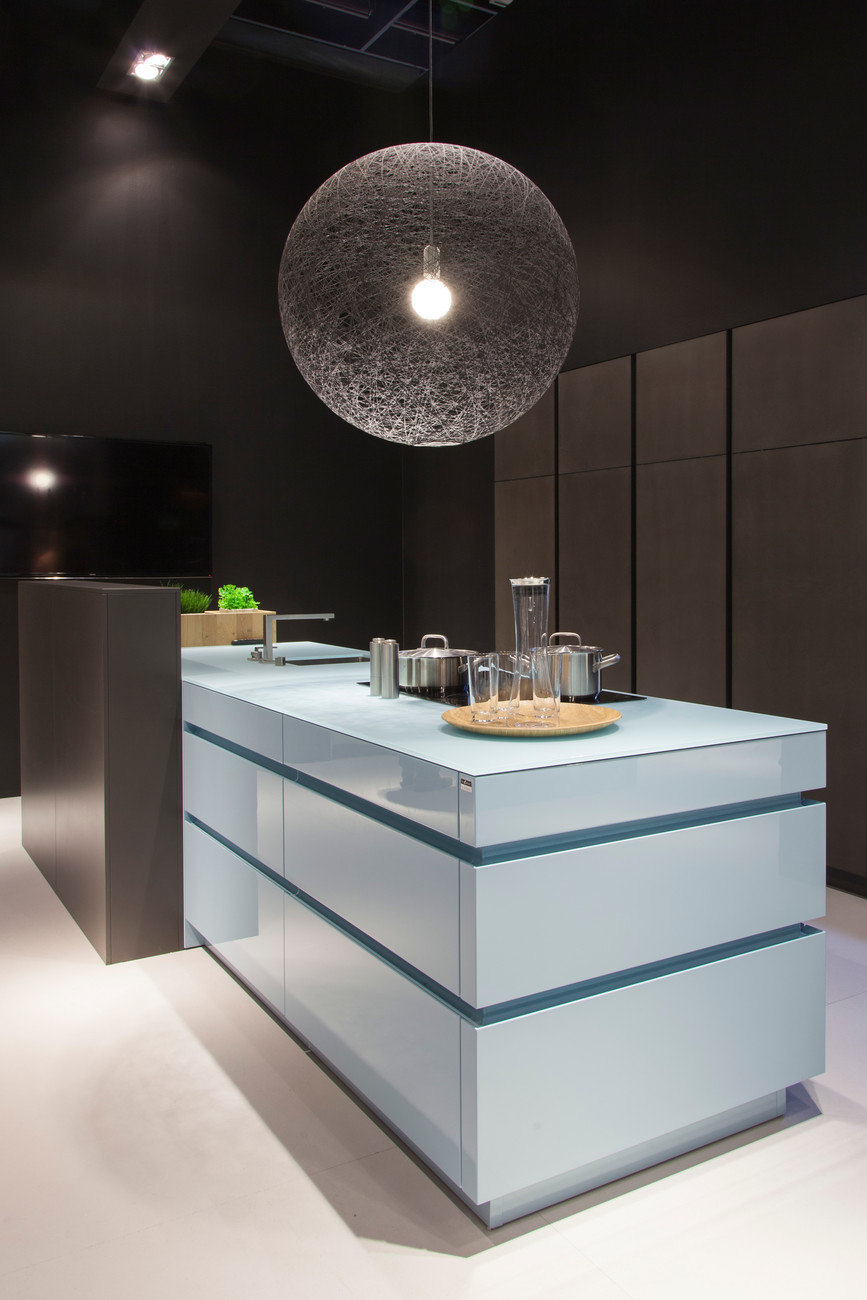 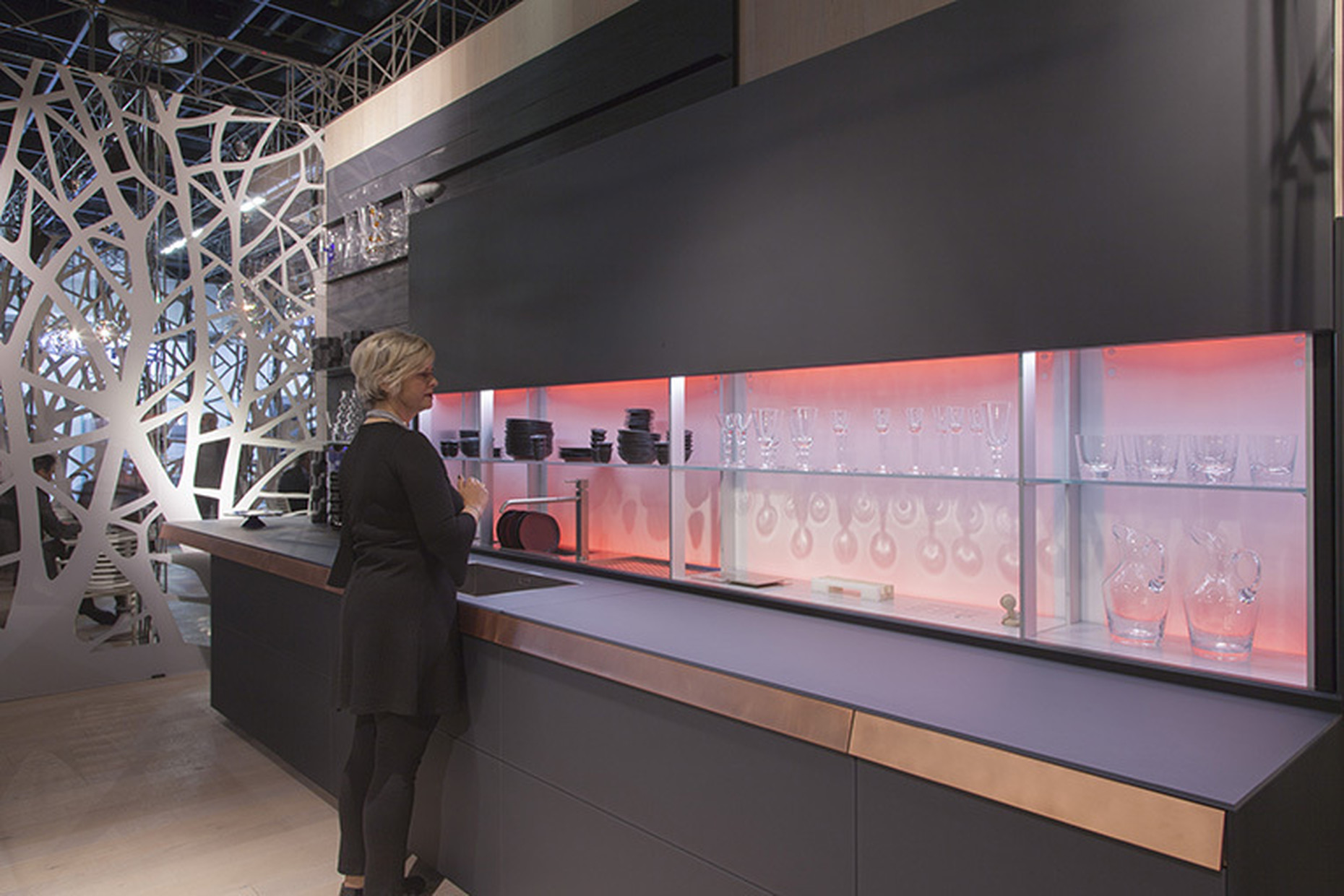 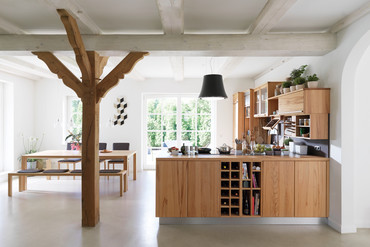 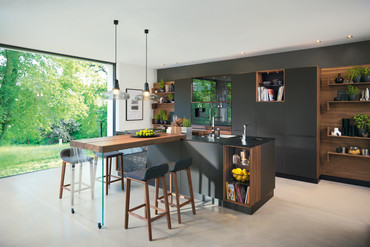 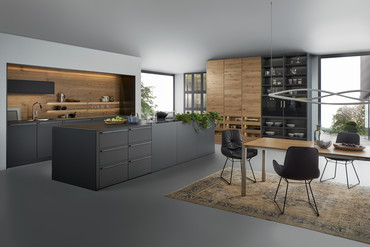 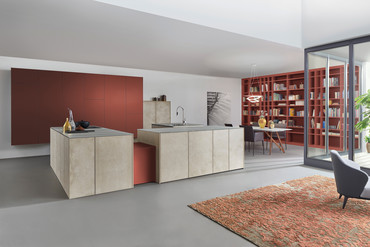 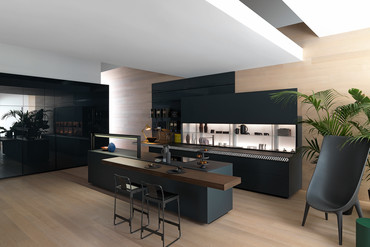 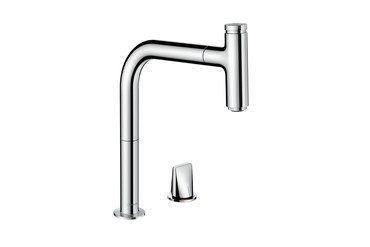