Up on a hill, surrounded by rambling fields, a wooden tower stretches for the heavens. A perch? Or perhaps a resting spot for walkers and cyclists? The landmark, which proves rather difficult to decipher on first glance, proves to be an ecumenical field chapel, which was built here close to Bödigheim as the outcome of an unusual project.

In 2008, Reverend Moser-Feesche approached Ecker Architekten in Buchen with an unusual proposal. With no funding or even a plot of land, he had taken it upon himself, with the help of the local architectural firm, to build a chapel. In order to realize this nonprofit project they would need to assemble small army of volunteers, which they ended up recruiting from as far a field as the USA. Under the direction of their professor, 12 students of architecture from the Illinois Institute of Technology in Chicago drew up the plans for the chapel. During the later stages they even assisted in the implementation of their first international project on-site. In addition to the group of students and Ecker Architekten, local craftsmen and the church co-operative played an instrumental role in the realization of the build. A farmer offered the pastor a plot of land, the wood needed came in the form of donated construction timber, which was subsequently processed in a sawmill close-by, and the gravel for the chapel’s courtyard came from the River Main.

And so, after just eight weeks of hard teamwork the community was bestowed with a new place of worship on the aforementioned hill. The façade of the modest building is a mesh of diagonally-angled wooden planks. From a courtyard, intended as a representation of the temporal, one steps through an open foyer into the actual chapel at the base of the nine-meter-tall tower. Here, the distance between each of the wooden struts gradually widens as they ascend the tower, which effectively distorts the perspective, making the tower appear longer than it really is. Furthermore, it appears to be completely enclosed, while, considered from the outside, the open lamellar structure lends the tower a rather fragile, transparent appearance.

The interdenominational chapel not only provides a sanctuary for those of the Christian faith, but a peaceful place of retreat for anyone who may pass by. 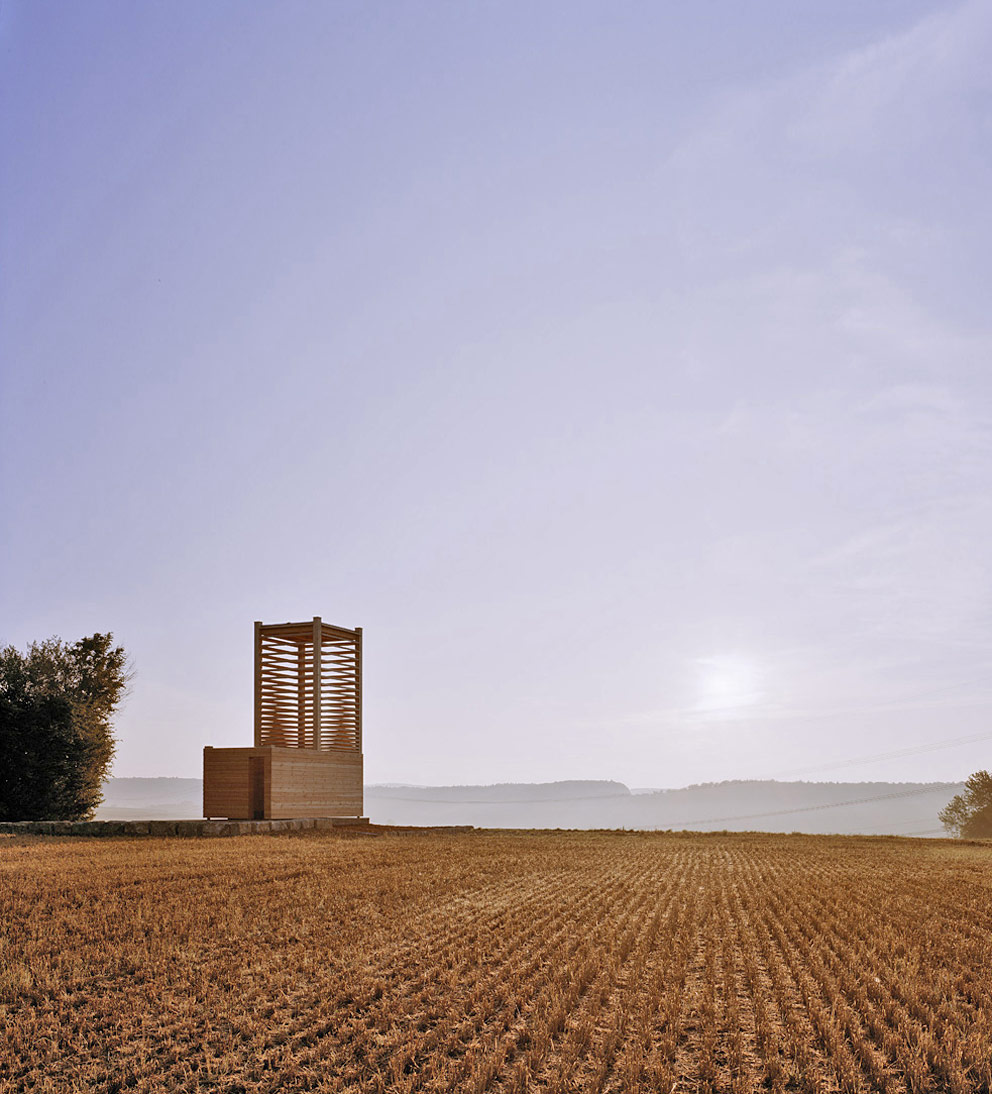 Thanks to the tower, the field chapel is already visible from a distance, photo © Brigida Gonzalez

Thanks to the tower, the field chapel is already visible from a distance, photo © Brigida Gonzalez 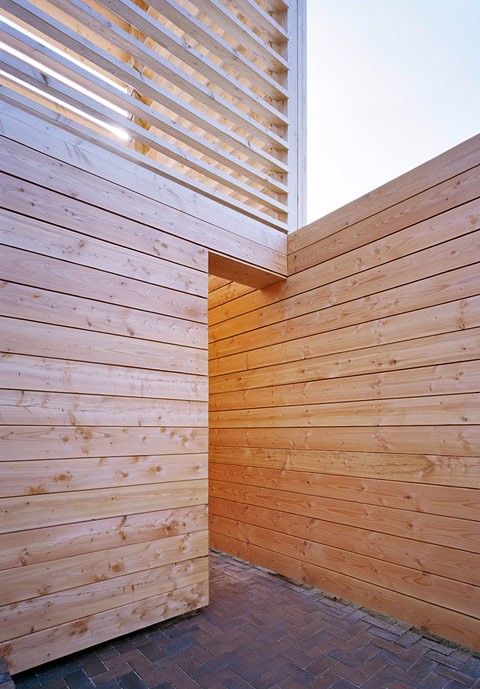 The materials used for the construction come mainly from donations, photo © Brigida Gonzalez 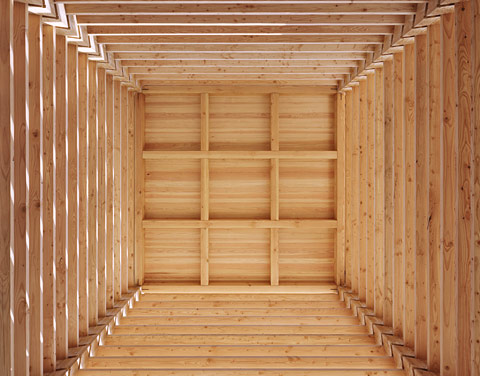 Viewed from inside, the wooden tower appears to be enclosed, photo © Brigida Gonzalez 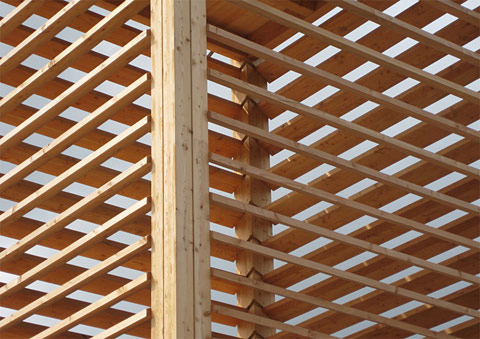 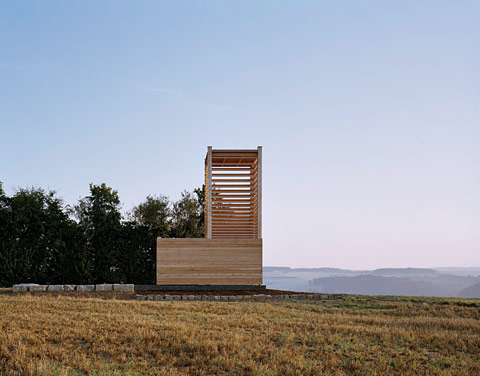 The chapel was built on a hill between the villages of Seckach, Großeicholzheim and Bödigheim, photo © Brigida Gonzalez 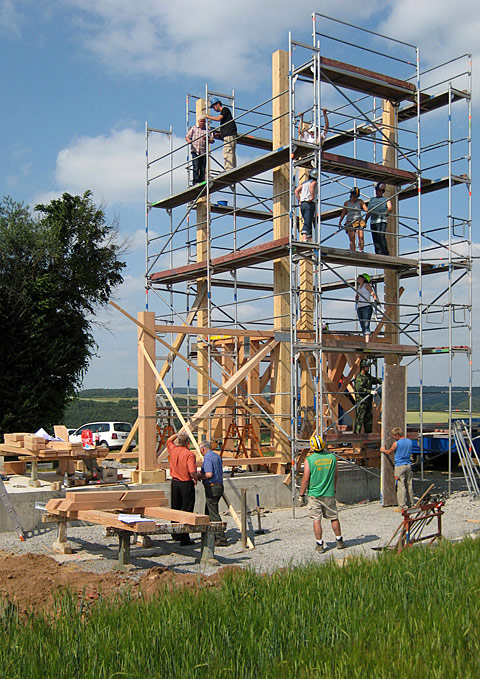 A large number of volunteers helped to build the field chapel in Bödigheim, photo © Robert Piotrowski 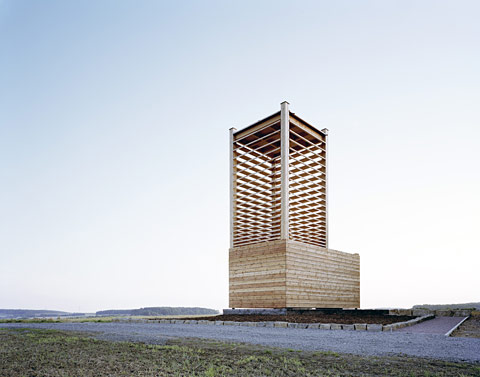 The translucent body of the tower leads to a filigree appearance of the chapel, photo © Brigida Gonzalez 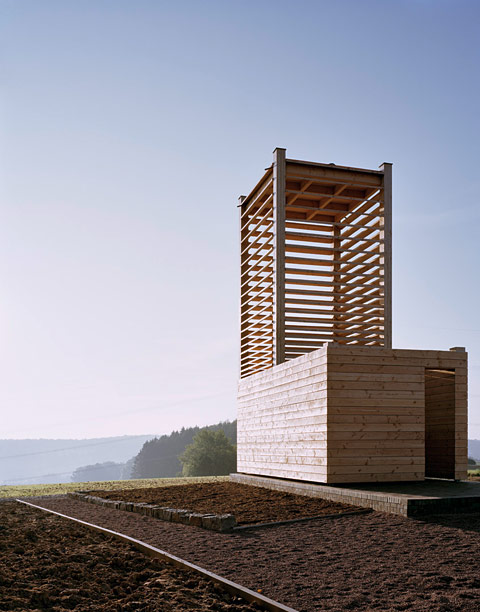 The field chapel invites not only faithful people to stay and take a rest, but also everyone else who gets by, photo © Brigida Gonzalez 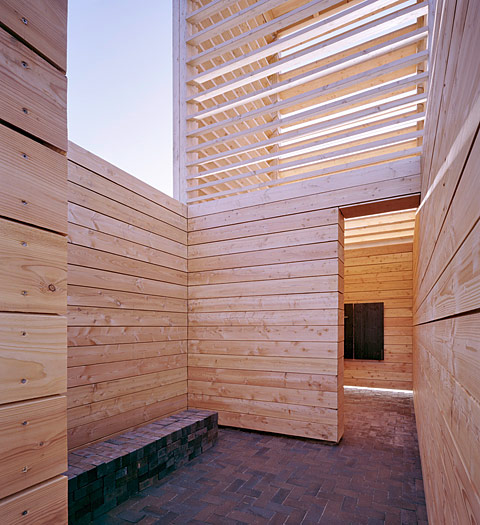 An open foyer leads into the tower, which contains the actual chapel, photo © Brigida Gonzalez 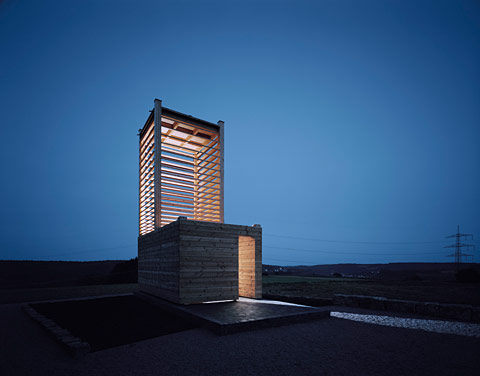 At night, the chapel is illuminated by different light sources, photo © Brigida Gonzalez 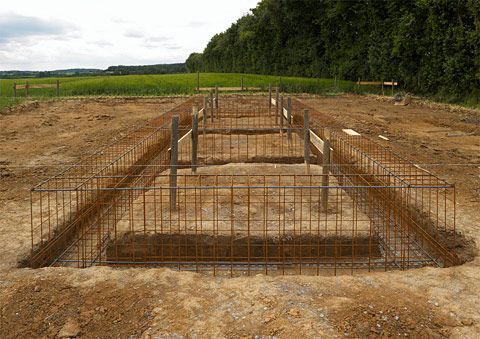 The construction of the chapel started in 2009, photo © John Ruffolo 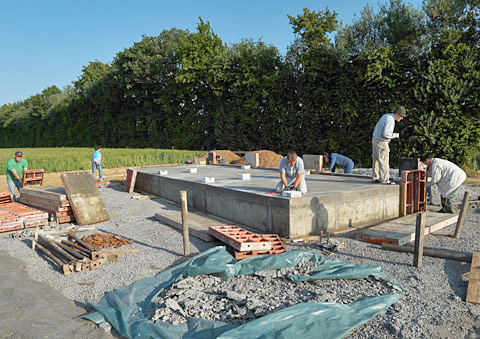 The twelve students from Chicago spent their semester break in Bödigheim to actively participate in the implementation of their project, photo © John Ruffolo
Advertisement