They produce legends - and are themselves a legend. In Spanish, you don't need anything more than two letters: BD. Meaning, Ediciones de Diseño Barcelona. They boldly cross the borders between art and design, just as the designers of their products did. And when big names, stories and emotions are involved, objects become unforgettable. One object this is certainly true of is the sofa "Dalilips". It is made in the shape of the red lips of the actress Mae West, of whom Salvador Dalí made a very special type of portrait in 1934, namely, in the form of a surreal look into a room, with the eyes as paintings, the nose as a fireplace and the lips as a sofa. In 1972, together with Spanish designer Oscar Tusquets he had the lip sofa made as a piece of furniture for the Mae West room in his museum in Figueras. The technology available at the time did not allow high-quality mass production. It was not until 2004, over 30 years later, that BD succeeded in doing this using rotation-molded polyethylene. That is one of BD's missions, to discover the production process for each object that corresponds to its particularities, whether it involves the latest technology or needs to be made by craftsmen in a factory. Alongside other furniture designs by Salvador Dalí and Antoni Gaudí which BD exclusively produces and sells worldwide, the product catalog also contains works by contemporary designers such as Alfredo Häberli, Ross Lovegrove and Jaime Hayon, currently one of the most interesting figures in the young Spanish design scene, who works as an artist, curator and designer.
His collection "Showtime", which he developed for BD and which also includes "armchair capsules" with extremely high backrests closed in at the top, is characteristic of his easygoing mix of different materials and stylistic references: plastic, upholstery, painted wood and ceramics harmonize amazingly well with each other in pure white, while formal loans from Classicism and Baroque vie with each other, without endangering the object's independence.
For over 35 years, BD Barcelona has managed with the certainty of a sleepwalker precisely this balancing act between art and design, commodity and cult object in a brilliant mix of epochs and styles. Thus these items of furniture are no everyday tools. They are life companions. 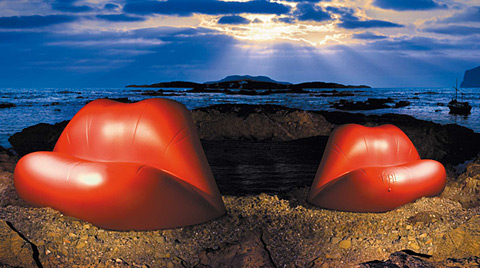 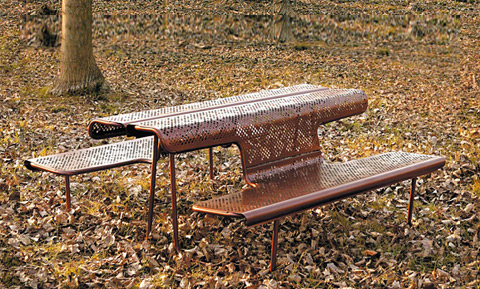 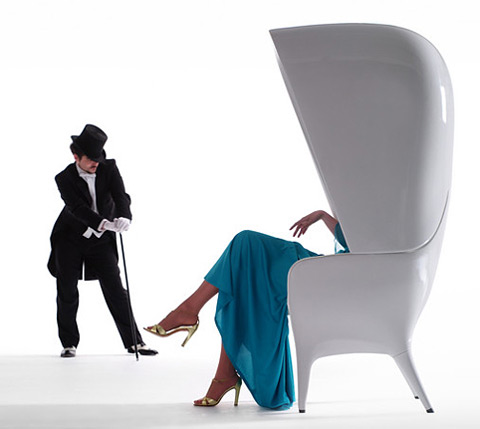 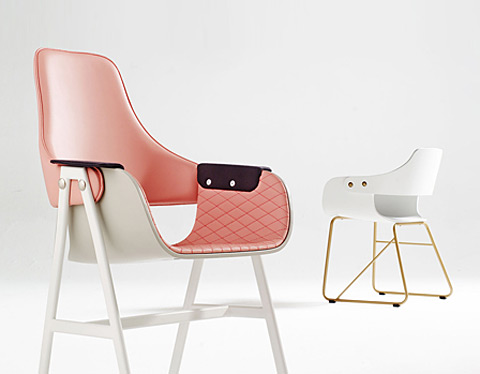 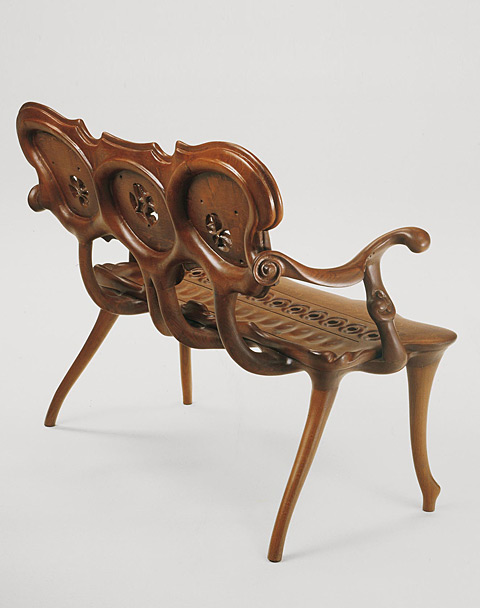 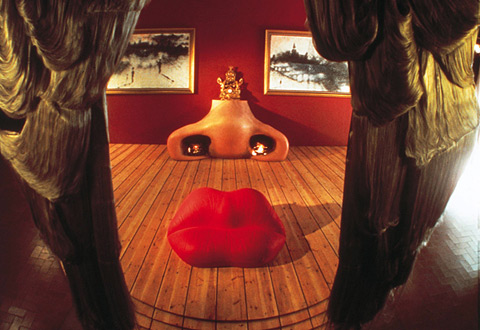 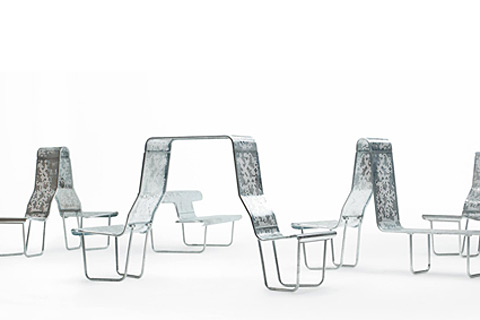 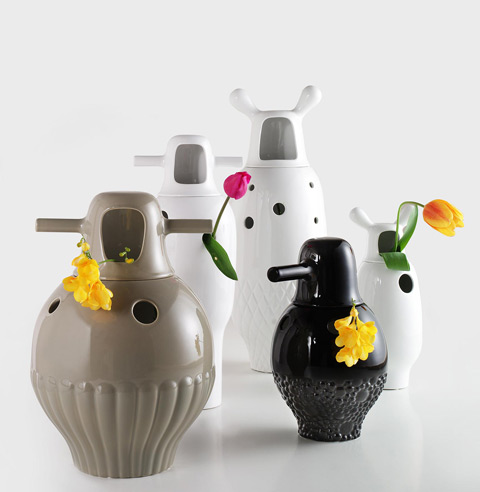 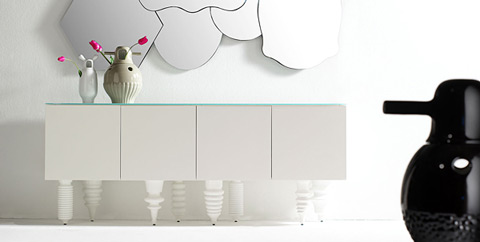