In the streets of Moscow, late at night. We are sitting in a cab and wanting to go home; but in honor of the King of Pop we take a detour and drive pass the US Embassy. By the time we get there a host of people have gathered in mourning outside the walls. A sea of flowers has arisen from all the blossoms and bouquets people have laid on the sidewalk, sprinkled with countless pictures they have painted themselves, photos and cards with the superstar's autograph - illuminated by candles, the sea gently embraces the walls. People have written words of sorrow and reverence on the asphalt in countless different languages, and for a brief moment the metropolis has ceased to be all hustle and bustle. All is quiet. Майкл жив! - Michael lives!, we read between all the words and sentences.

Only a few hours later and there are no more Michael Jackson albums to be had on any of the markets outside the city walls. Not even here, where it would have surprised no one if only 24 hours after the death of the Pop titan the first imported "The Best Ever" would have already been on sale. 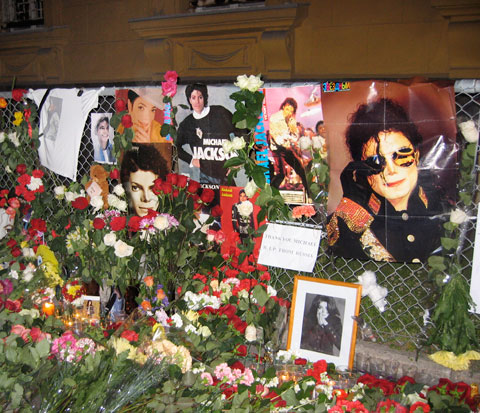 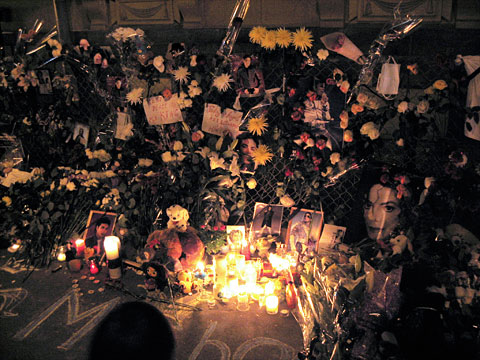 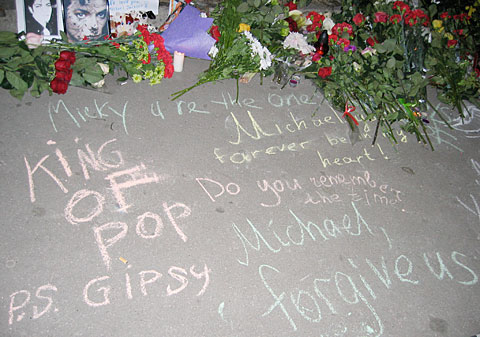 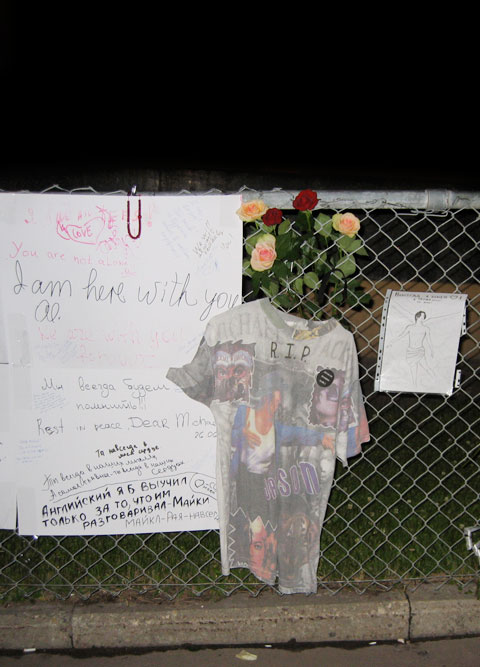 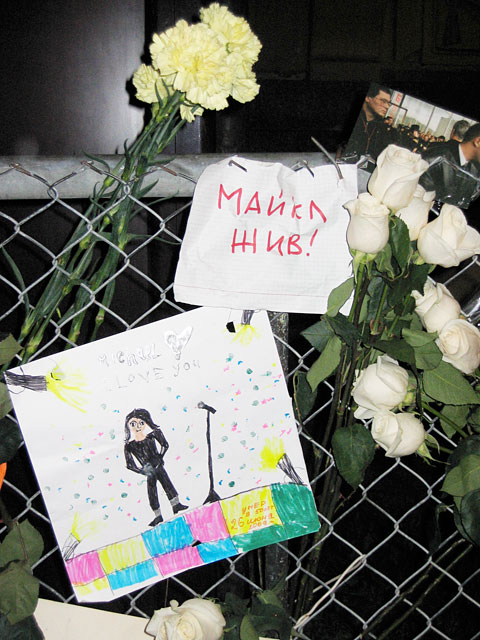