The idea of car-free centers in towns and cities is being discussed throughout Europe – with opinions divided for and against the idea. What do we need for a lasting change of heart? We put the question to Dr. Philine Gaffron, who researchers and teaches at Hamburg University of Technology’s Institute of Transport Planning and Logistics.
3/19/2021

Anna Moldenhauer: Dr. Gaffron, is the dream of a return to the kind of town centers in which people can go for a stroll really still really feasible in our hectic lives today?

Philine Gaffron: Yes, I think it is. However, it does depend on what we mean by town centers. There is a wide range of factors that impact on attractiveness for strolling in terms of the qualities the spaces in question possess and how they are divided up. Whatever the case, what is important is to look after the positives of a lively downtown. Or, to ensure that the public can start enjoying the experience once again. Lively streets, chance meetings, the quality of space in our towns and cities. That would certainly lend a helping hand to the stores who, in many cases, had had to cope with loss of business even before the pandemic, due to competition from online shopping.

How would car-free downtowns impact on local residents?

Philine Gaffron: They would, for example, be quieter. The sheer volume of vehicles with combustion engines means that in many cases the noise in central urban districts is loud and even at night often remains at a level deemed unhealthy. At night this disrupts people’s sleep patterns and even in the daytime frequently represents a stress factor that goes unnoticed but still has a negative effect on people’s well-being. Of course, it is not only cars that are responsible for noise – but generally they remain one of the main culprits. There would also be more room, after all, in city centers the amount of public space is, as a general rule, not particularly flexible. What can be changed is the way they are divided up, and this can result in differing qualities. Nevertheless, attention should be paid to the terminology used, as no downtown is completely “car-free”. Delivery vehicles and residents with underground parking garages, for example, do of course need permits, allowing the latter to drive or stop in such areas.

Would “car-reduced” be a better way of putting things?

Philine Gaffron: Well, the term “pedestrian zone” is clearly defined in legal terms but that does not leave much scope in terms of layout. And so yes, car-reduced, pedestrian-friendly, there are many expressions that would be more suitable, depending on the actual regulations. “Car-free”, by contrast, very often gives rise to false expectations and causes unnecessary anxiety.

In your opinion, what kind of conditions would need to be put in place in order for the concept of a pedestrian-friendly downtown to work?

Philine Gaffron: It is important to know where the people are traveling from and what mobility options they have for their route into town – apart from their cars. How will the concept be presented and what will the accompanying measures be in terms of reallocating street space, improving public transport services, managing available parking etc.? Studies have revealed that people looking for parking spaces have often accounted for higher volumes of traffic in downtowns. Once people are aware that they can no longer park in certain areas or only in parking garages, this volume will, of course, fall. At the same time, such measures need to be communicated clearly – and well in advance. People need time to prepare themselves for the change. This boosts their acceptance of the measures in question. Of course, there are almost always extreme positions, people whom it is impossible to reconcile, but with such projects it is very important to promote debate and to take any concerns that people might have seriously.

Nowadays pretty well all the big cities are discussing the idea of car-reduced areas, be they Paris, Hamburg, Frankfurt, Berlin or Vienna. “For once and for all, we need to go green,” demands Anne Hildago, Mayor of Paris. In your opinion why is it that so many projects are still failing?

Philine Gaffron: There is no “one” answer to that because the situation in each city is different, partly due to varying political circumstances. Every two years, the Federal German Environmental Agency (UBA) publishes a study on environmental consciousness in Germany. This states that in principle there is a growing environmental awareness, indeed, a desire for something to change. However, mobility is concomitant with habit. Having to change the latter is often perceived as strenuous, perhaps as unsettling or even unfair. In concrete terms, this frequently meets with opposition. On top of this, opposition to proposed undertakings often receives more attention than those who support them. In terms of external perception, the debate on car-reduced downtowns is then possibly perceived as enormously controversial, even though a silent majority is in favor of such measures. However, the result of this is that it is not a particularly appealing proposition for the politicians to initiate projects of this kind. To quote the example of the temporary upscale shopping district in Ottensen, a district of Hamburg, the final evaluation concluded that the majority of households, businesses and passes-by were, in principle, in favor of the project being continued, albeit with a large number of suggested improvements.

In the discussions about car-reduced town centers it is frequently argued that such measures would impact negatively on all concerned, since this would push traffic out into the surrounding areas. How do you reply to such comments?

Philine Gaffron: Well, this would depend on how much – or how little – genuine through traffic there was before, it is not always the case that massive rerouting of traffic takes place. When mobility services change and people alter their habits, a considerable proportion of the motorized traffic also disappears. A good example of this can be cited from the late 1990s: One of the bridges over the Thames was in a state of disrepair and had to be closed completely for reconstruction purposes. After it was reopened it took years for the traffic on it to build up to the level it had been before. Over time, people had just learned to take a different route. In Hamburg, a busy central junction needed to be closed at extremely short notice in 2017 because of a burst waterpipe. These measures were accepted with few protests as a result of this “force majeure” and it did not cause the traffic in the vicinity to grind to a halt. This demonstrates that in some cases changes made to traffic routing can be implemented even with very little warning, sometimes completely without accompanying measures. However, rather more is required for the acceptance of planned changes.

Does that mean because people are such creatures of habit, we are standing in our own way as far as the implementation of car-reduced downtowns are concerned?

Philine Gaffron: Mobility has a great deal to do with psychology. In cases of force majeure, where I have to adjust to something at short notice, I can muster up the necessary acceptance. Firstly, I assume that at some point things will be the way they were before and secondly, I don’t have any choice in the matter anyway. This brings me to a principle that psychologists call the “Ulysses Pact”. In other words, the best way not to succumb to something – e.g., the Sirens’ song – is to force oneself – in Ulysses’ case by binding himself to a mast. The situation is similar in some areas of mobility. Lasting changes in behavior sometimes require constraints or prohibitions, on occasions even in terms of social fairness. When everybody is allowed or not allowed to do something it is more likely to be accepted and this is possibly fairer than regulating the situation by means of charges.

What measures are important for designing public space in a traffic-reduced downtown?

Philine Gaffron: In people’s perception of public space, traffic is often equated with liveliness, even if that is irrational. This is why it is important that new qualities in public space become visible as quickly as possible. Plants and trees, urban furniture, art projects – possibly in the first instance as temporary measures, if the changes are initially to be introduced on a trial basis. This way people can learn to accept them and experience in a concrete situation that in a car-reduced downtown the town has gained not only space but also new qualities. The first step could be an attractive -looking supply of seating in the public sphere.

To what extent can architecture help to promote the objective of an environmentally-friendly downtown?

Philine Gaffron: What I would hope for would be for the relevant non-motorized mobility to be better thought through, from cargo bikes all the way through to four-wheeled walkers. In Aspern Seestadt, a new district of Vienna and one of the largest contemporary urban development areas in Europe, there are, for example, clearly visible safe spaces for every kind of mobility-related vehicle, parking facilities specially designed for scooters and buggies, plus many more facilities. Architecture can be very helpful when designing communal solutions which no longer give priority to motorized traffic as soon as people step outside the doors.

Would completely autonomous vehicles be a mobility alternative for car-reduced downtowns?

Philine Gaffron: I do believe that autonomous vehicles could play a part in the future, but I don’t see them as a universal remedy. It would be a big mistake to start focusing the infrastructure in our downtowns back on cars. Nor do I think that masses of autonomous vehicles will really be out on our streets as quickly as automobile manufacturers sometimes suggest. In my opinion, fully automated vehicles are more likely to take the form of complementary forms of transport, for instance, in the shape of small buses for people with impaired mobility or to establish connections to and from peripheral districts. Downtowns anyway offer a large number of mobility facilities, with any gaps tending to exist on the outskirts of our towns and cities, particularly during off-peak hours.

You teach and research at Hamburg University of Technology’s Institute of Transport Planning and Logistics – how great an interest is there among your students in the topic of car-reduced downtowns?

Philine Gaffron: There is great deal of interest on the part of our students, something echoed by the schoolchildren, no doubt under the influence of the Fridays for Future movement. Nevertheless, I do sometimes notice contradictions – for example, people think that environmentally-conscious mobility is important but, at the same time, for many of them managing without a car would be unthinkable, since the latter is considered a symbol of autonomous mobility. Depending on where they live, that is currently often not even inaccurate. Unfortunately. This is something that we urgently need to change. Transportation is the third-largest cause of carbon emissions and the only sector in which output has not fallen since 1990. The question is whether, quite independently of pandemic-related restrictions, we would be prepared to accept the necessary changes and alter our mobility habits accordingly. It would be great if we could achieve this, as long as we are all able to shape the solutions together. 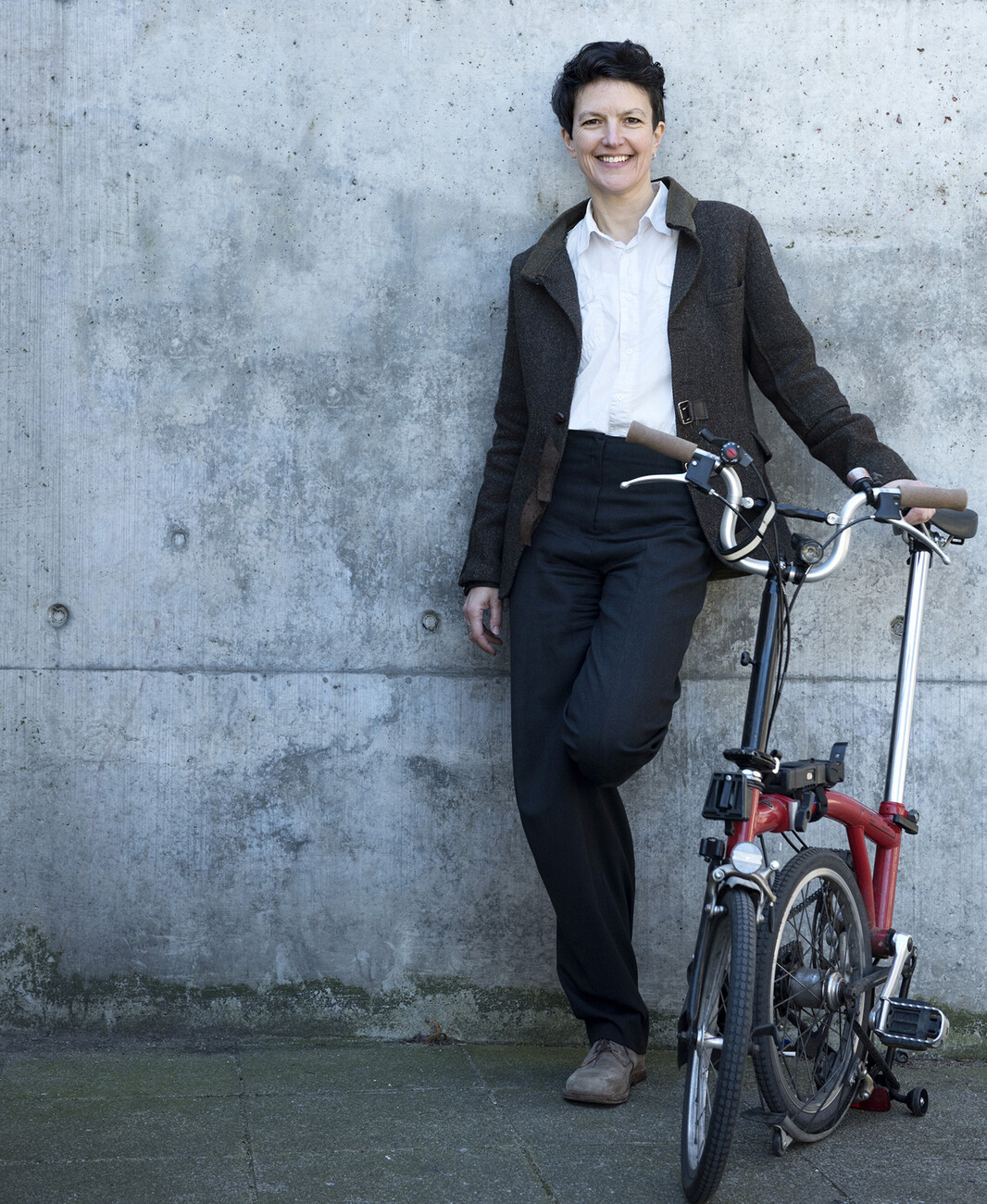 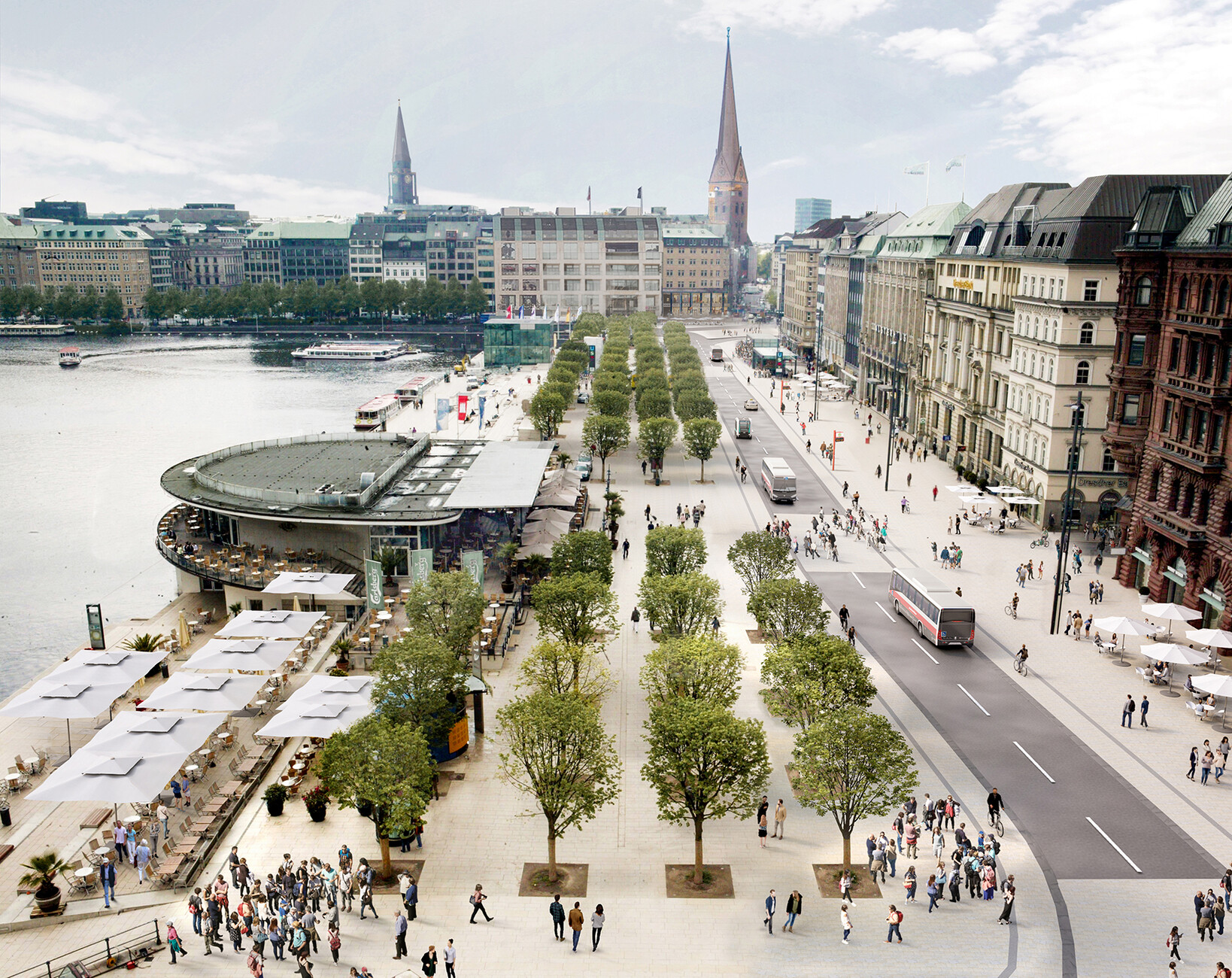 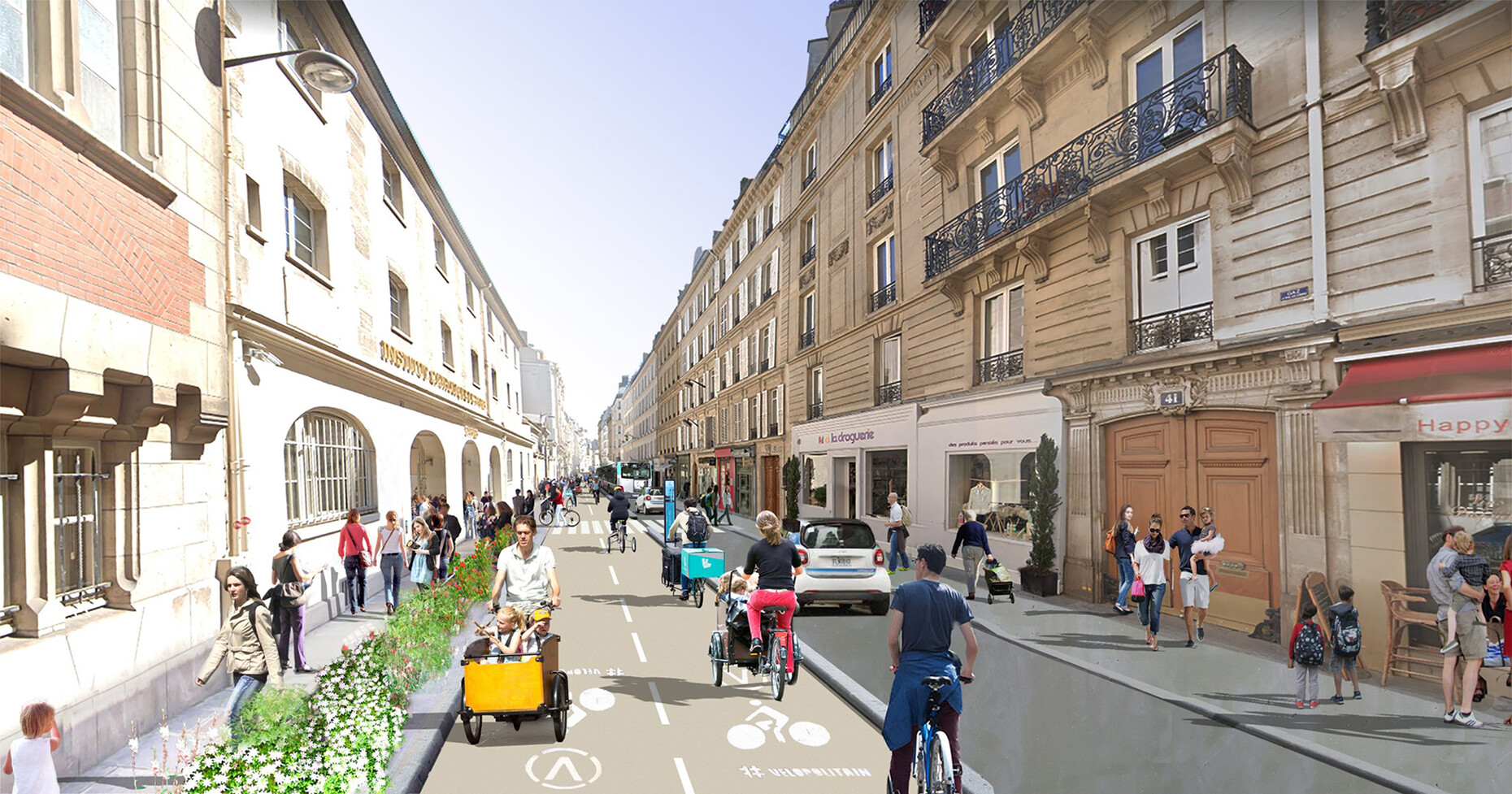 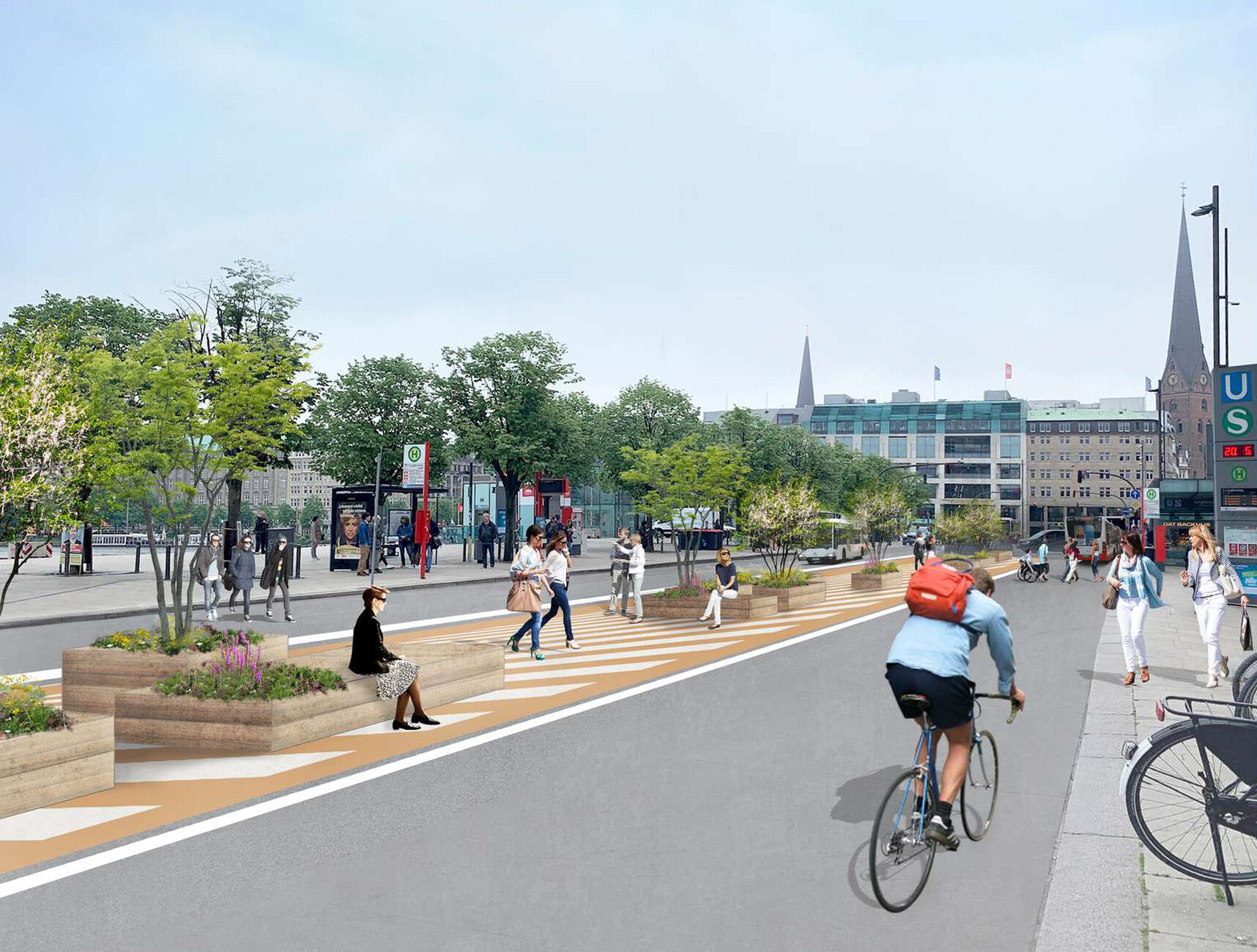 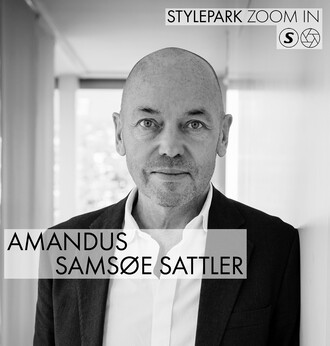 Amandus Samsøe Sattler on the urgency of sustainable architecture and current initiatives for buildings of the future. 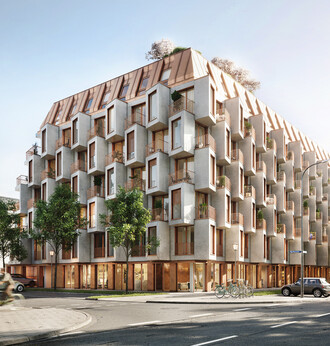 The vision of self-driving cars: How will the design of vehicles change once they take over control of the driving? And when will we be along for the ride?
Advertisement