Architect Alfred Toet employed LED luminaires by Modular Lighting Instruments to stage the interior of a historical residential home in The Hague in a subtle light.
4/26/2018

Guests are greeted by high ceilings and stucco as they enter the early 19th-century building in The Hague in the Netherlands. In every last detail, including the delicate fasteners of the window frames (so-called sash locks), these rooms speak of their upper-class past. And nothing would seem more obvious than lighting these spaces with a traditional chandelier. But not to Alfred Toet of Ddokstudio: the interior architect and designer wanted to draw attention to the apartment’s unusual architecture rather than to the light source itself. His choice fell among others on “Qbini,” “Marbul,” and “SLD50” by Modular Lighting Instruments. He used “Qbini,” the smallest square miniature recessed spotlight in the Modular range, to accentuate features of the interior while simultaneously providing a nice ambient light. The luminaire’s building-block system provided scope for individual solutions: the combination of a square frame and round light elements is an attractive detail. Installation and adjustment required no screws thanks to the patented click-in system, which allows the light modules to be simply clicked into a pre-mounted frame while allowing for later adjustment and easy removal at any time. The luminaire “Marbul” also provides a great deal of flexibility with its spherical light units mounted on a elegant streamlined gearhouse. The units can be rotated by 360 degrees and tilted by 45 degrees.

The clear, open structure of the rooms is emphasized by the “SLD50” – an LED profile, which at 50 millimeters is extremely slender, holds Modular Lighting’s new spotlight “Eyeball” in position. The “Eyeball” may be rotated 360 degrees in both directions and can also be tilted 30 degrees. Alfred Toet demonstrated just how flexible the geometric luminaire is with his decision to integrate this essentially technical light into a home environment. Moreover, the black profile harmonizes well with the interior design and its strong contrasts – Toet has managed to straddle the past and present in this interior spanning 240 square meters. Dark-wood floors alternate with oversize tiles in a marble look, as well as elegant fitted carpets in gold and dark brown. Details in brass and copper reference the materials originally used to fit out the house when it was built. The dark and light surfaces lend the rooms a strong visual profile without lessening the open atmosphere. Meanwhile, the high color rendering index of “SLD50” renders the illuminated colors in a natural way – ideal for achieving a big impact with small details such as the coloring of the carpeted floors. “The luminaires by Modular Lighting are subtle, but very effective,” as Alfred Toet observed. (am) 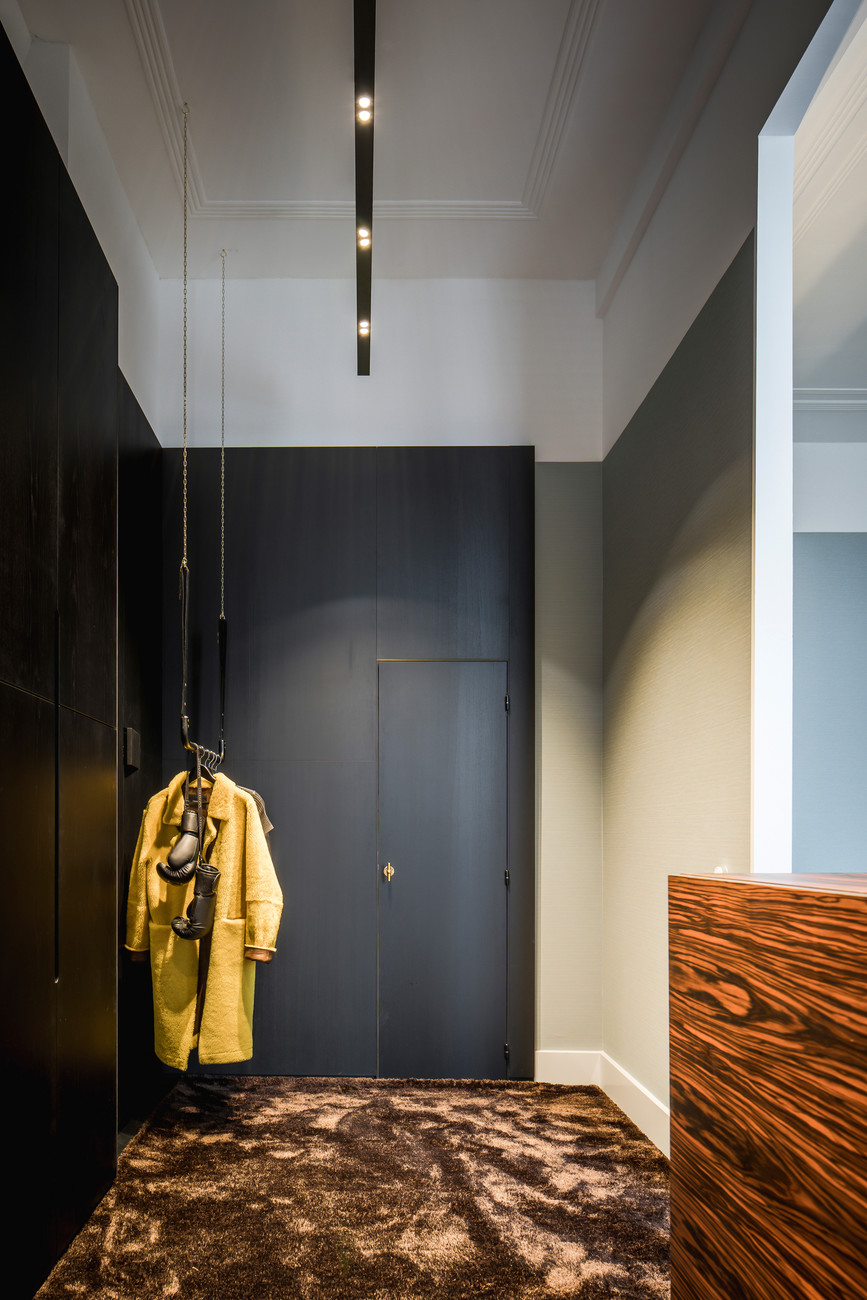 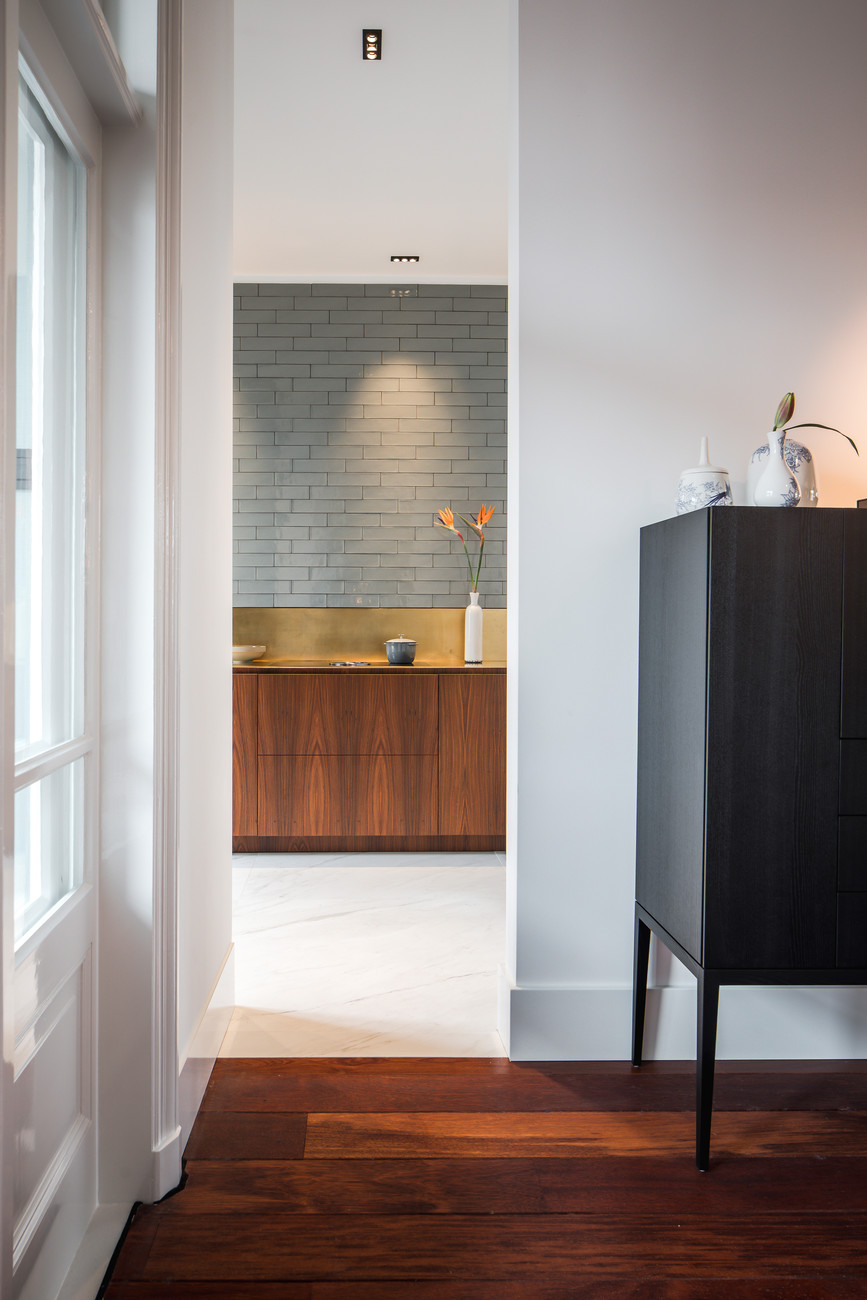 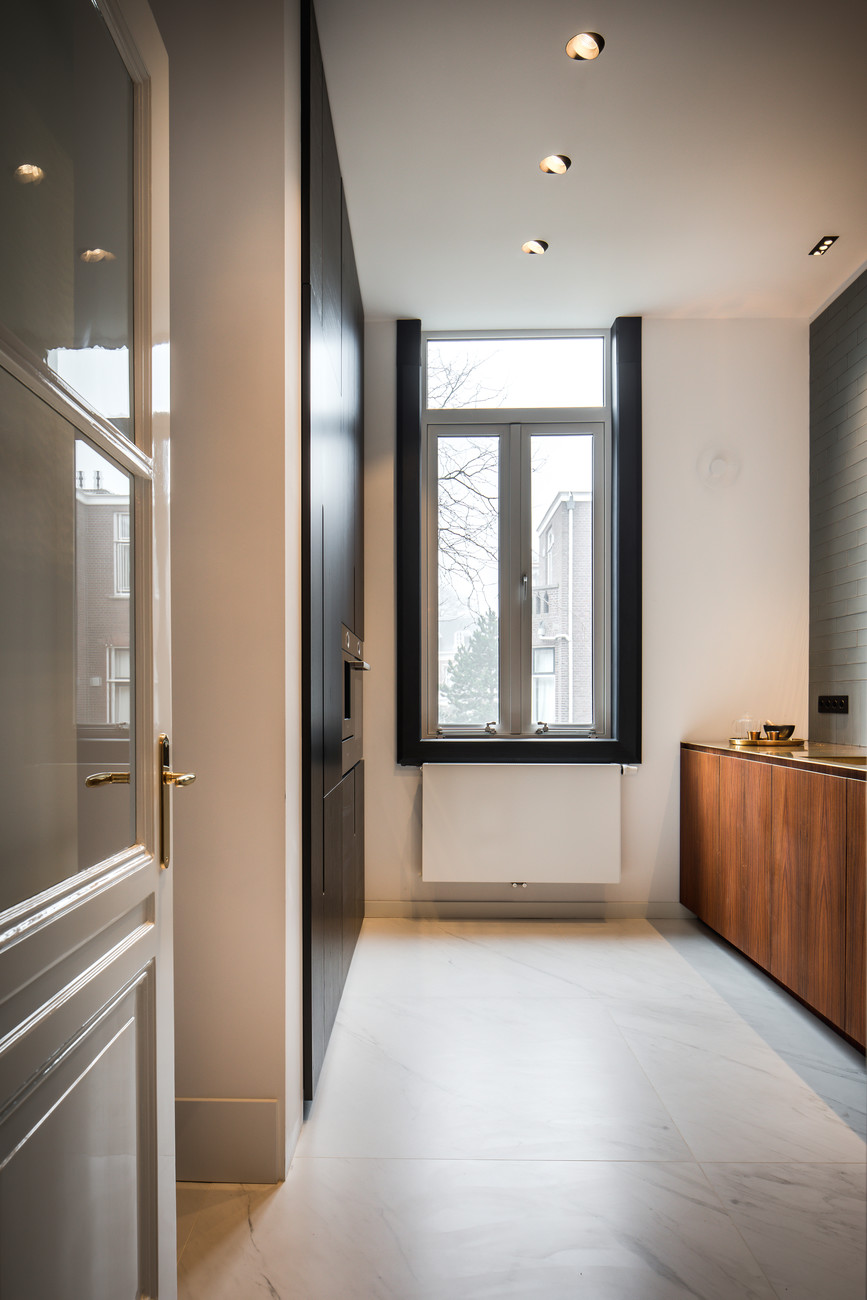 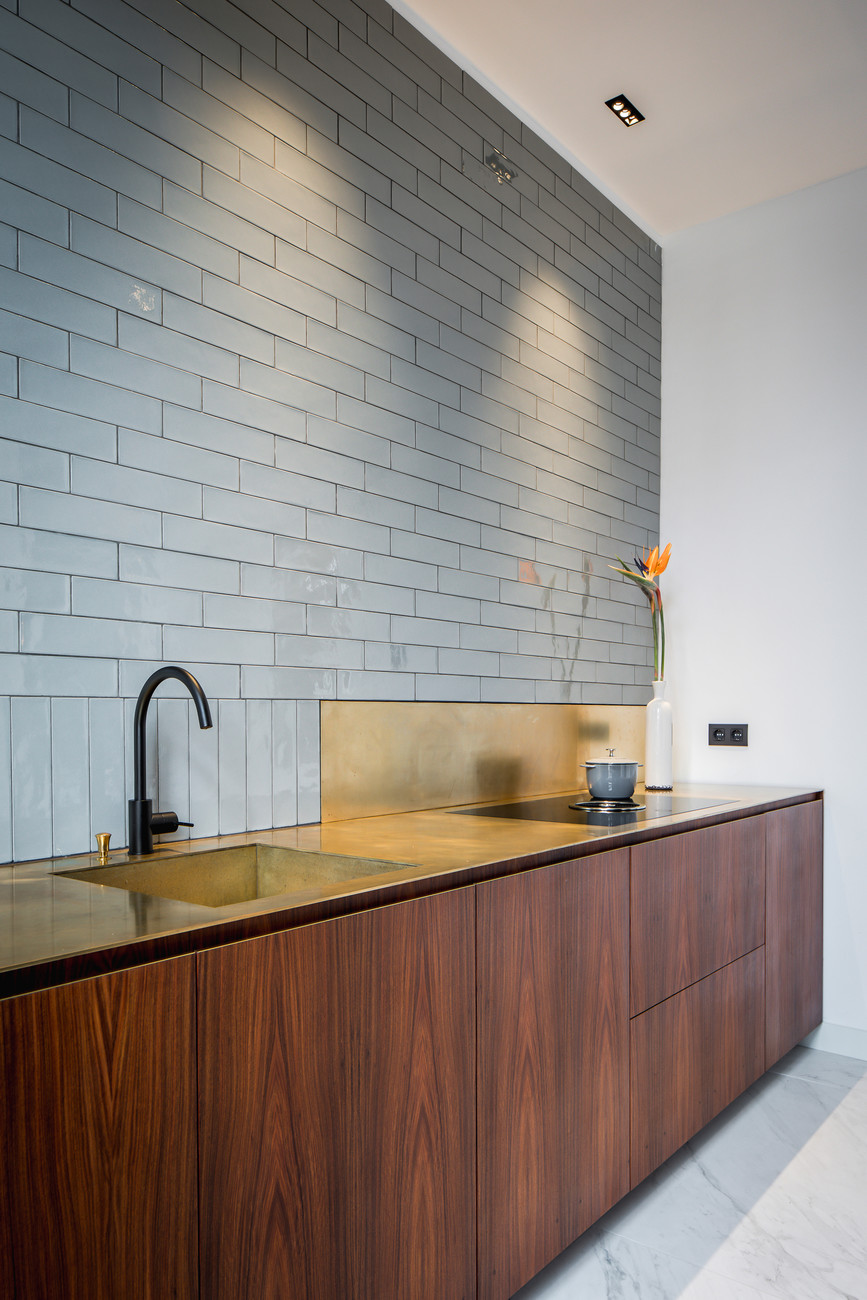 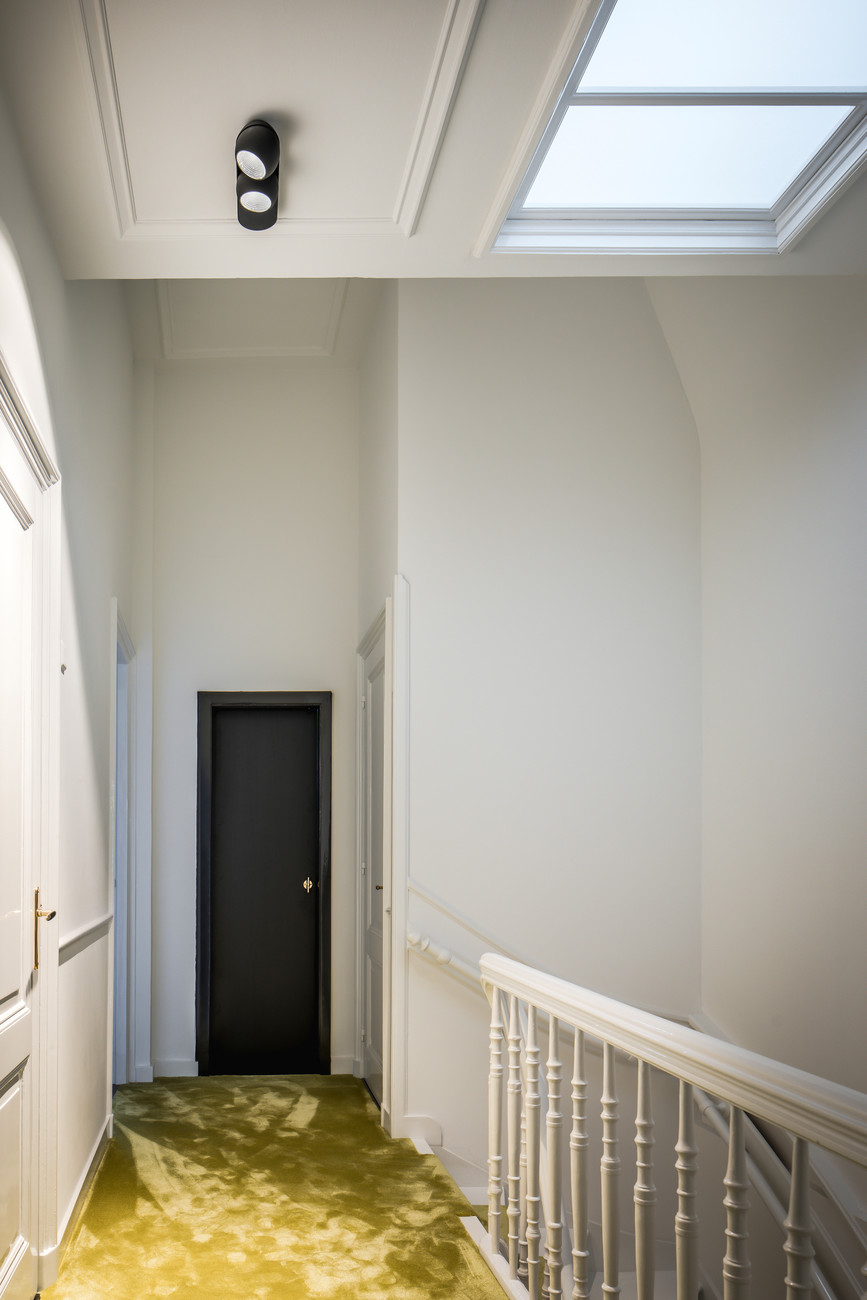 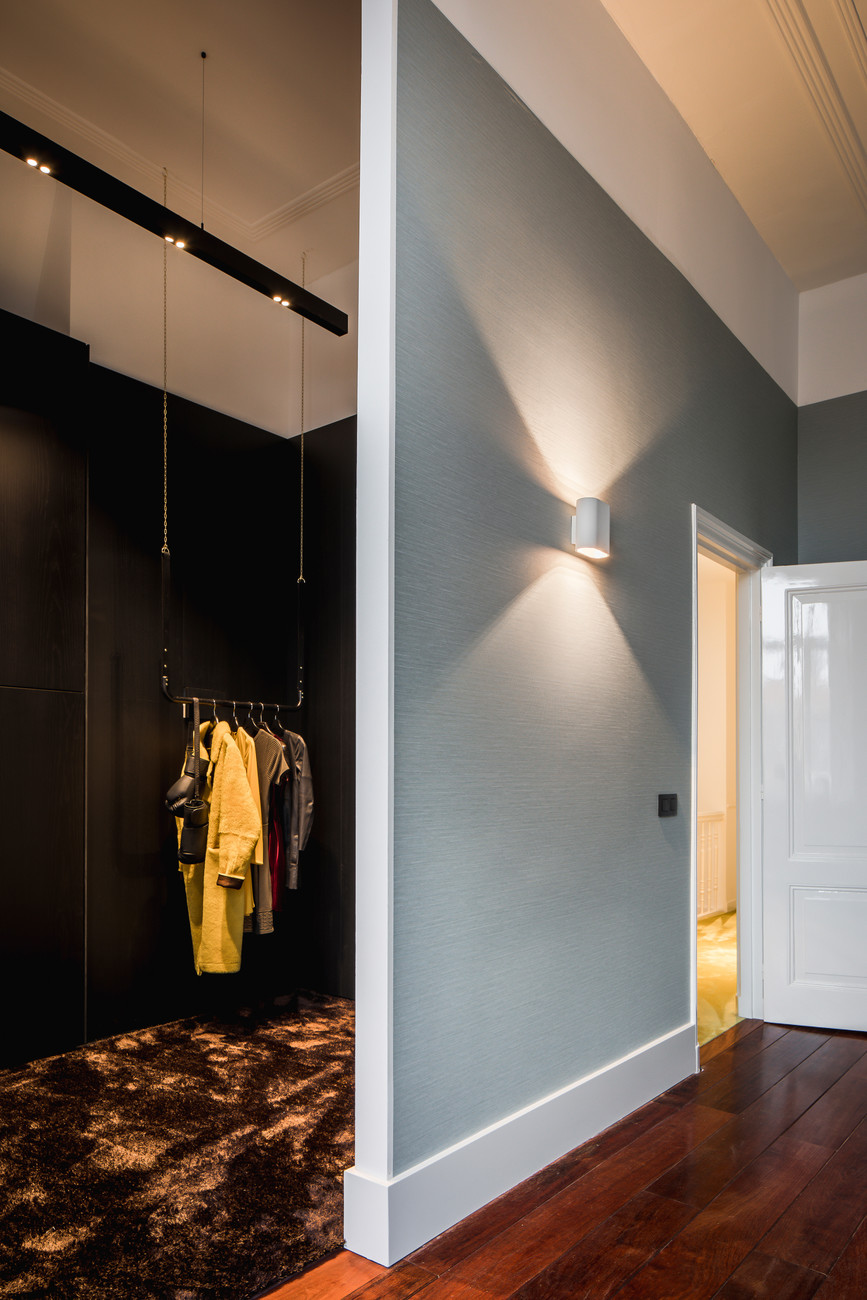 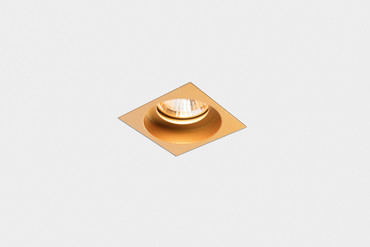 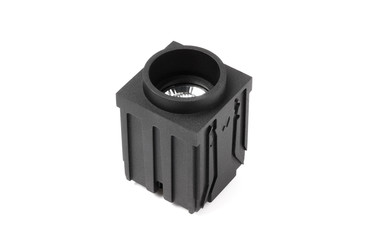 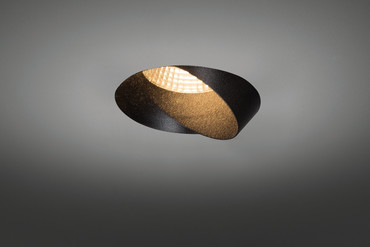 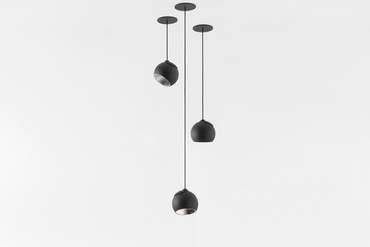 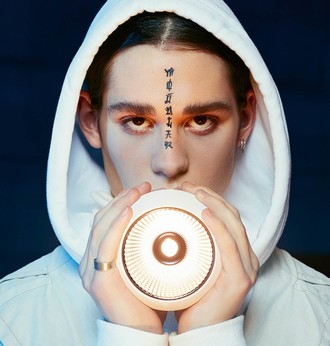 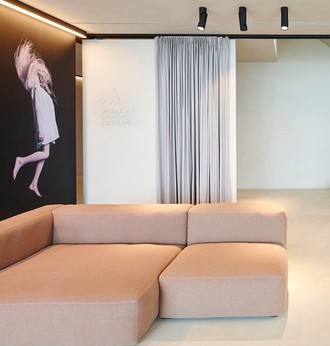