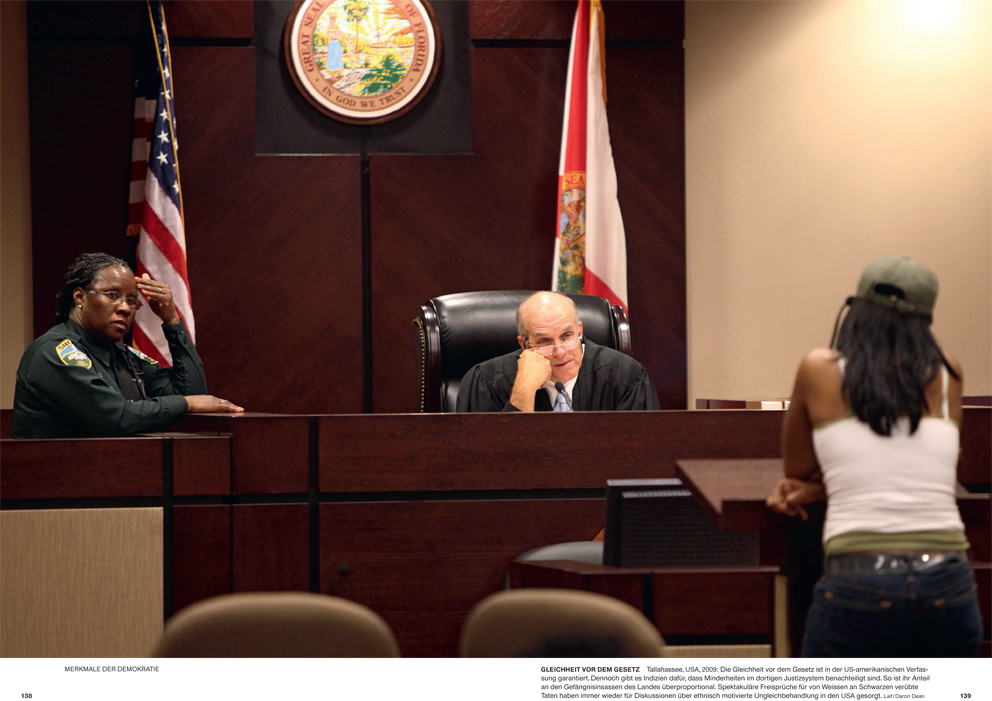 “Democracy: An Ongoing Challenge” is an adventure, both visually and in terms of the texts and quotations that explore the topic at hand. Published jointly by Swiss organization “NCCR Democracy” (whose mission it is to examine the key challenges to democracy in the 21st century), Hanspeter Kriesi and Lars Müller, the book is a whirling kaleidoscope of texts and images covering democratic achievements, processes and open issues. After all, people have been debating since the days of Ancient Greece whether democracy is the best of all forms of government and what features a democratic order needs in order to be good and successful. Even if there is undoubtedly no “perfect” democracy, it is very exciting and beneficial for each and every citizen to study how democratically ruled governments square up to the task of keeping the difficult balance between equality vs. freedom, majority vs. minorities, orderly community vs. a vibrant pluralism of opinions.

“I understand democracy as something that gives the weak the same chance as the strong,” wrote Mahatma Gandhi and the sentence is printed in large italics on page 63. If you turn over the page you’ll find a photograph of Gandhi in 1944 in Bombay together with Jawarhalal Nehru, who in 1947 was elected first Prime Minster of an independent India. Both are laughing. The picture itself is an argument. It seems to want to say: Demanding democracy and treading that path for all adversity is not just a burden but can be fun.

Wherever you look in this book you’ll both encounter hopes and see the failures, feel sadness and the lost struggles for freedom and recognize the signs of growing equality and the lived brotherhood of man. And the images are never simply strung together in a line, but always open a window onto the living history of democratic coexistence. Whether they show scenes of the Prague Spring or the uprising in Egypt, or politicians like Putin or Sarkozy, or parliamentary assembly halls and election campaign arenas. Whether they present the rules of media democracy in the form of politicians thronged by cameras and microphones, or show protestors and judges, checkpoints and a youth orchestra.

Is democracy still up to date? Anyone whose scanned the volume and read at least of the informative texts by the likes of André Bächtiger, Thomas Bernauer, Daniel Bochsler, Florin Büchel, Francis Cheneval, Colin Crouch, Frank Esser, Flavia Fossati, Regula Hänggli, Jürg Helbling, Erik Jentges, Hanspeter Kriesi, Daniel Kübler, Andreas Ladner, Sandra Lavenex, Wolfgang Merkel, Frank Schimmelfennig, Marco Steenbergen and Manuel Vogt, will not hesitate to give a clear answer. What soon becomes clear is that such a comprehensive compendium on the history and development of democracy must have its place in school rooms. It’s no textbook, but a book from which we can learn a lot about the power that proceeds from the people. Because as Franklin D. Roosevelt once said, “Democracy cannot succeed unless those who express their choice are prepared to choose wisely. The real safeguard of democracy, therefore, is education.” Or, as Max Frisch is quoted on the very last page of the book, on page 525, as saying: “Democracy means intervening in your own affairs.”

N minus X – to read is to learn, part 1: Each time a new year begins, one is beset by a strange sense of disquiet. As though we needed to fight off a virus, we start tidying up.
(15 January 2014) 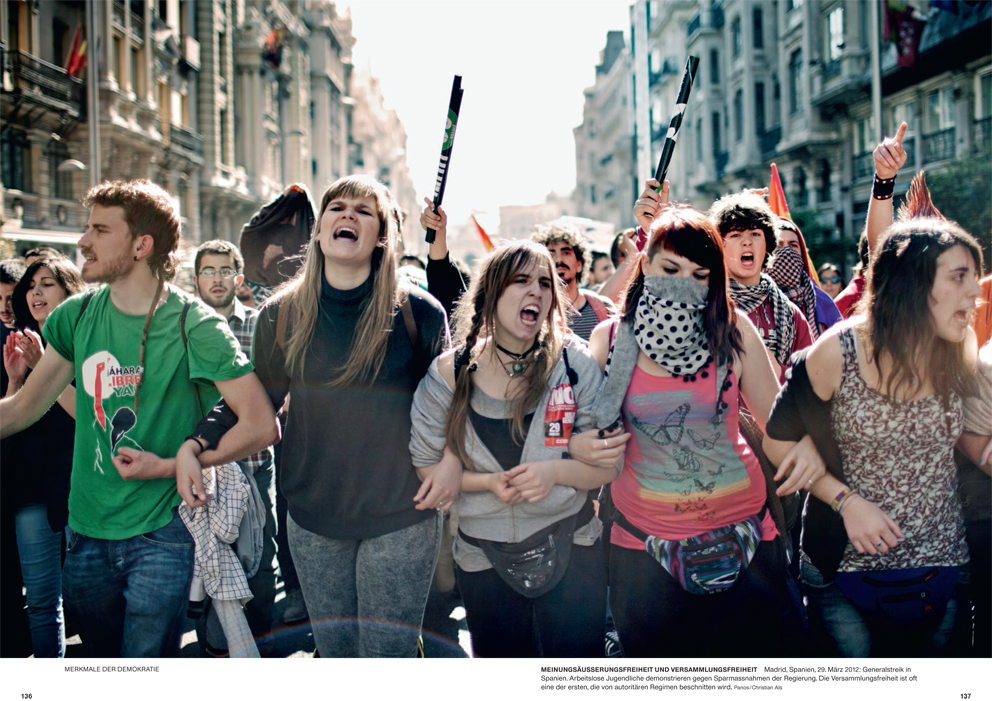 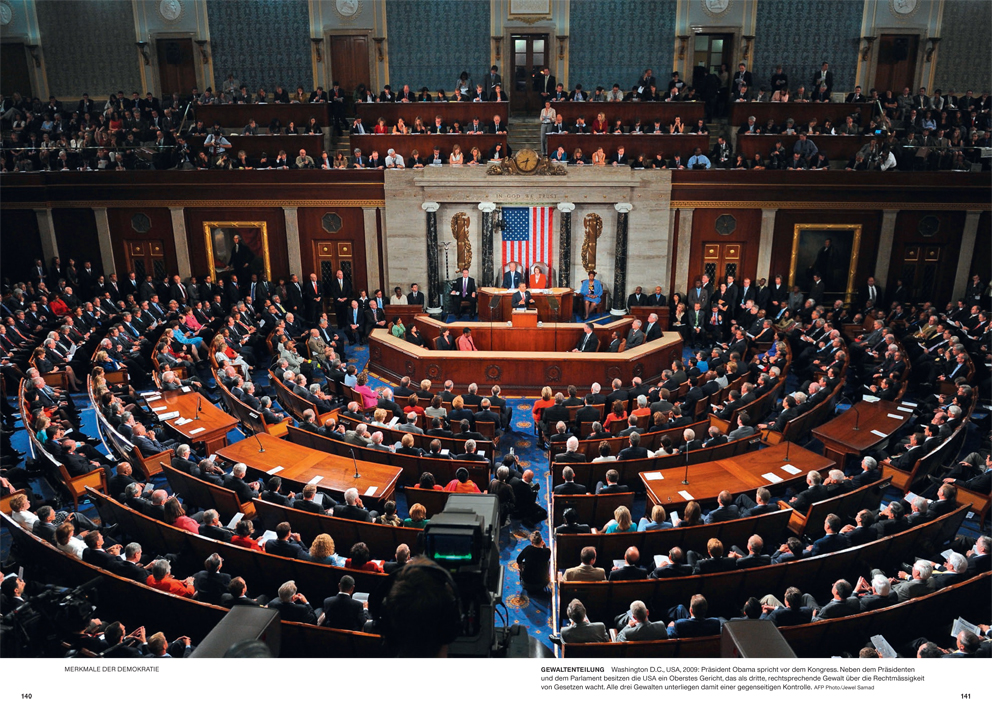 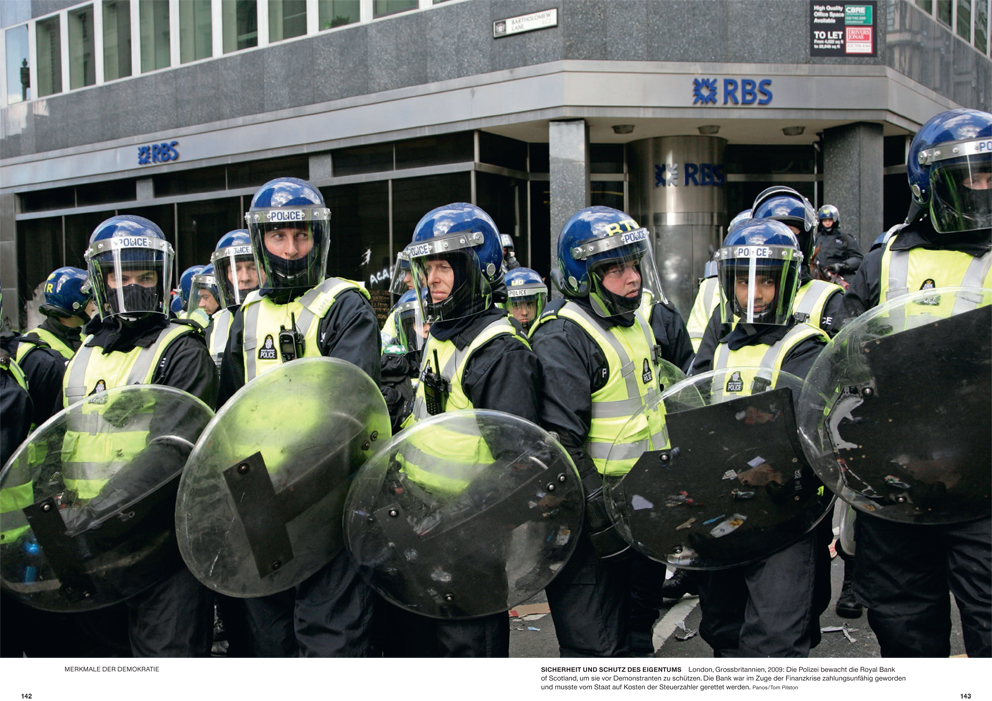 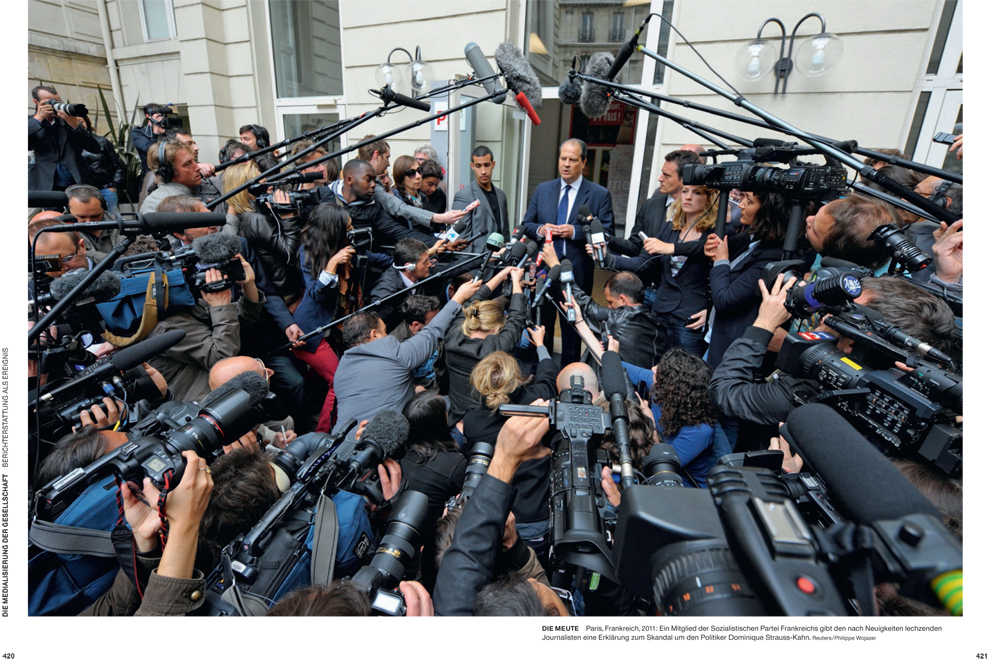 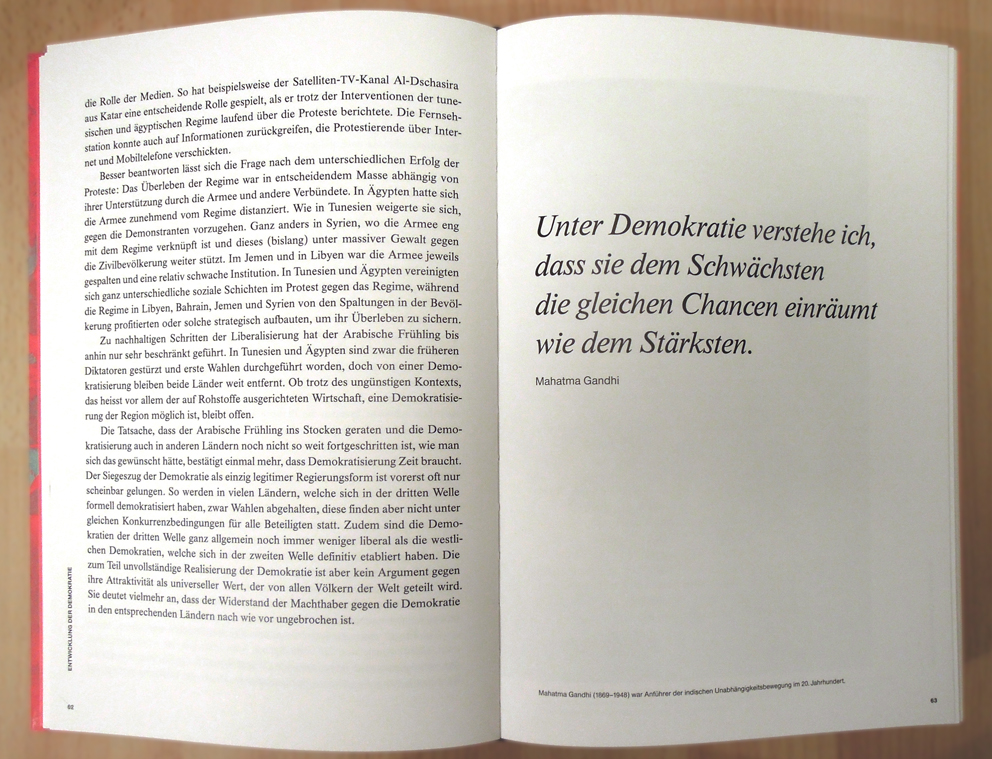 Glance in the book: My notion of democracy is that under it the weakest shall have the same opportunities as the strongest, Mahatma Gandhi. Illustration from the volume „Herausforderung Demokratie“ © Lars Müller Publishers, 2013
Advertisement