Seasoning at the flick of a wrist

A scoop of refinement: Nendo has developed a dispenser for powdered soy sauce for a restaurant in Kyoto.
by Thomas Wagner | 8/16/2017

Japanese industrial designer Kenji Ekuan (1929 – 2015) believed that design should serve to improve life. The truth of this and just how it applies is clear to see at any dining table in Japan, or at least those bearing Ekuan’s soy sauce dispenser, designed back in 1961. This sauce bottle, with its bulbous silhouette, was designed especially for soy sauce brewed according to the traditional recipe using only soya, wheat, water and salt, and has long been synonymous with the brand Kikkoman. The bottle holds 150 milliliters, and appears as simple as it is elegant. It is well balanced and extremely practical to use, since Ekuan gave its spout two openings, one on each side: The light brown liquid seasoning can flow from the vessel through one, and through the other air can flow inwards, so that even small quantities of soy sauce can be poured out without dripping. It’s noticeable that how a thing is used has always played a particularly important role in Japan.

Now Nendo has taken the traditional Japanese seasoning, albeit in an entirely different form, and designed a vessel for a new type of powdered soy sauce – kona-shoyu (kona = powdered; shoyu = soy sauce). Since powder, unlike liquid seasoning, does not add any moisture to a dish, fried dishes in particular remain crispy. While corresponding vessels produced thus far have often had small openings through which it is hard to sprinkle the kona-shoyu, and such vessels would not be suitable for the further developed kona-shoyu at any rate, in the design of its dispenser Nendo has applied a scoop format, similar to those that can be found in the tea ceremony and at water basins for ritual washing at shrines. Nendo designed the handy vessel for Shimogamo Saryo (translated literally, “tea house in Shimogamo”), a traditional Japanese restaurant in Kyoto located close to the Shimogamo Shrine.

The bowl-shaped dispenser can be closed with a cork and has a lip around the edge for dispensing lighter doses of the seasoning. With a slight turn of the wrist, the soy powder can also be well distributed over the dish. Since this is a dual vessel which, when upright, is slightly flattened on the bottom, after use the powder can slide back down into the closed bottom half through the funnel-like connection between the two parts. Dutch designer Aldo Bakker applied a similar principle some years ago in his designs for oil, water, salt and – albeit liquid – soy sauce vessels. 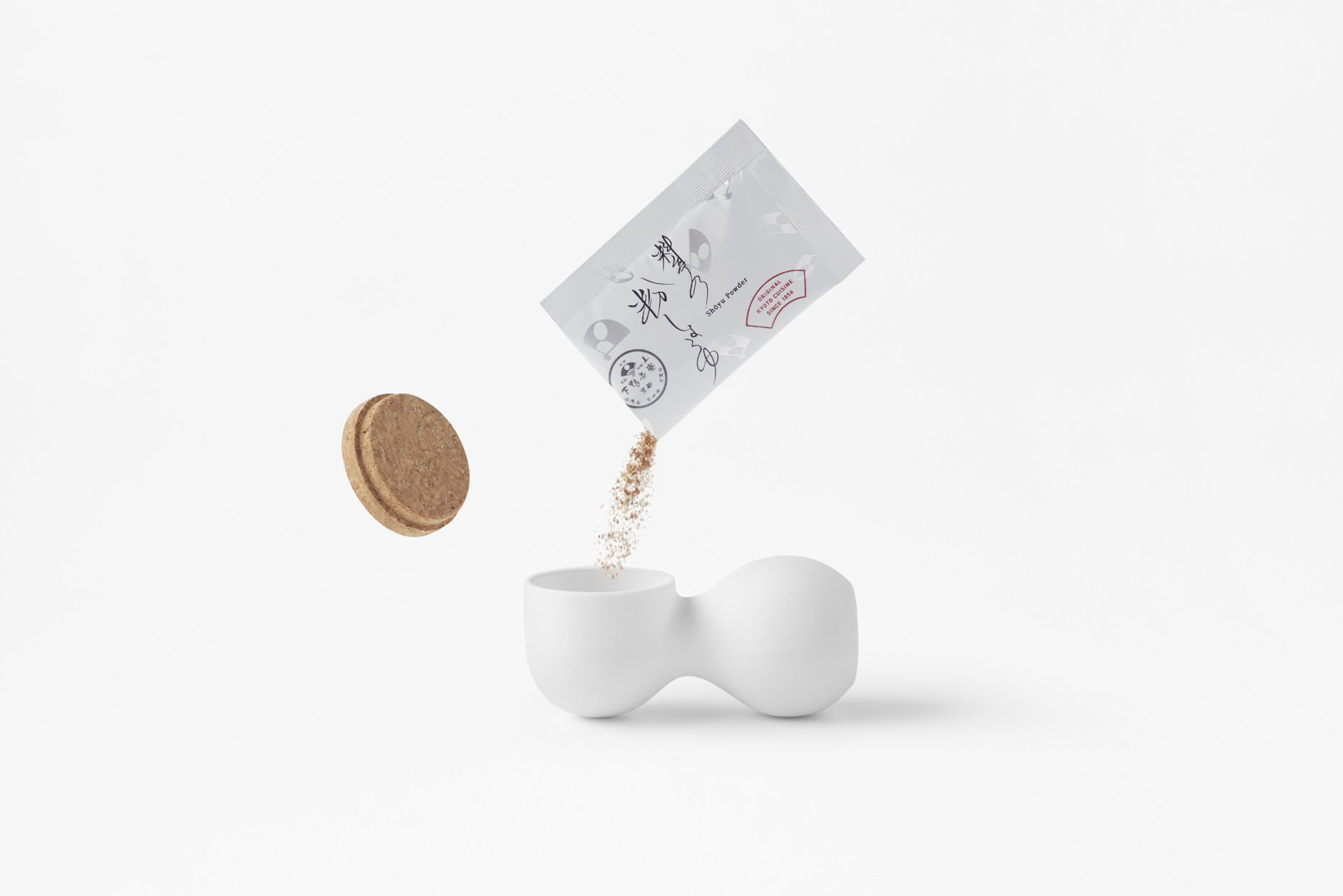 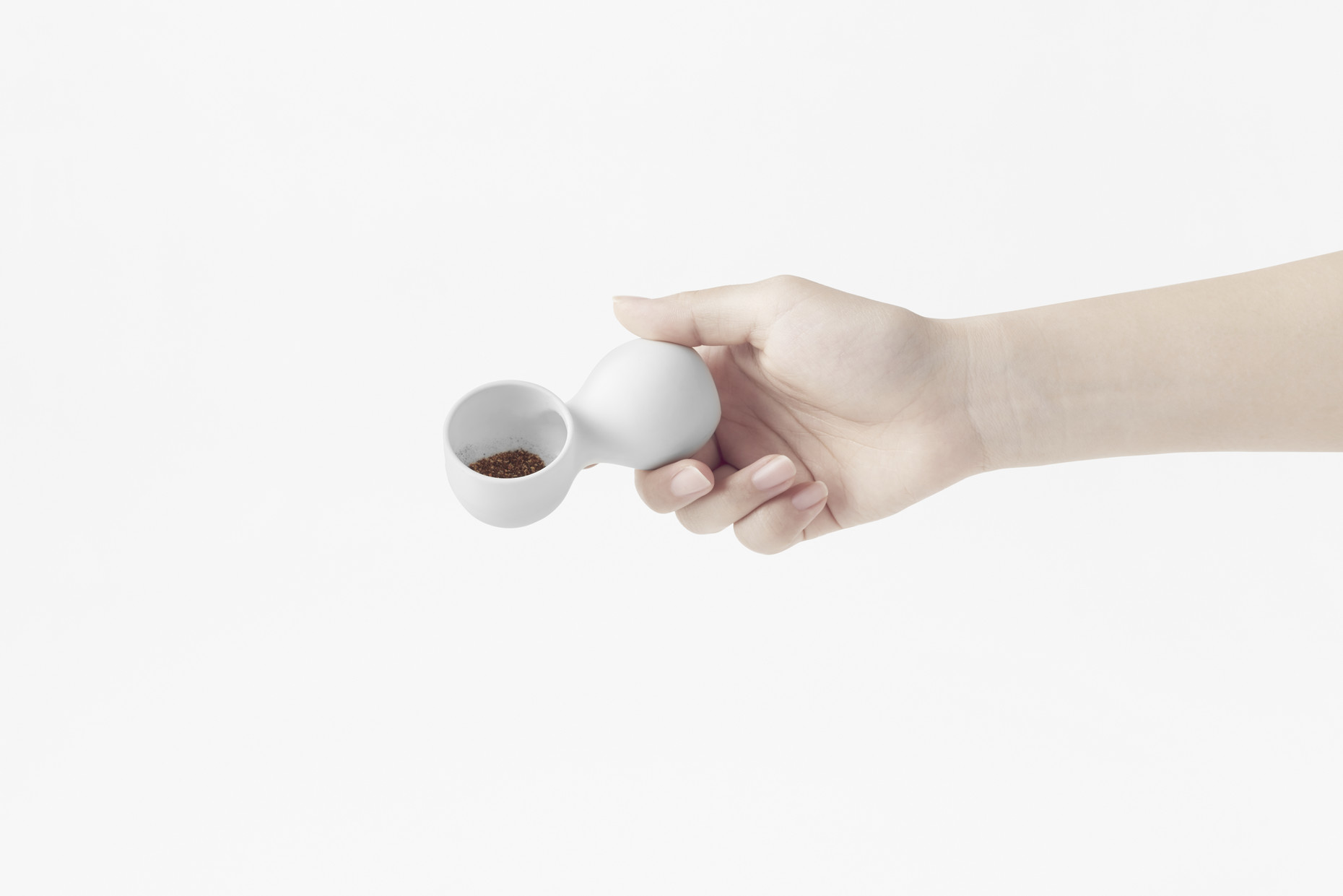 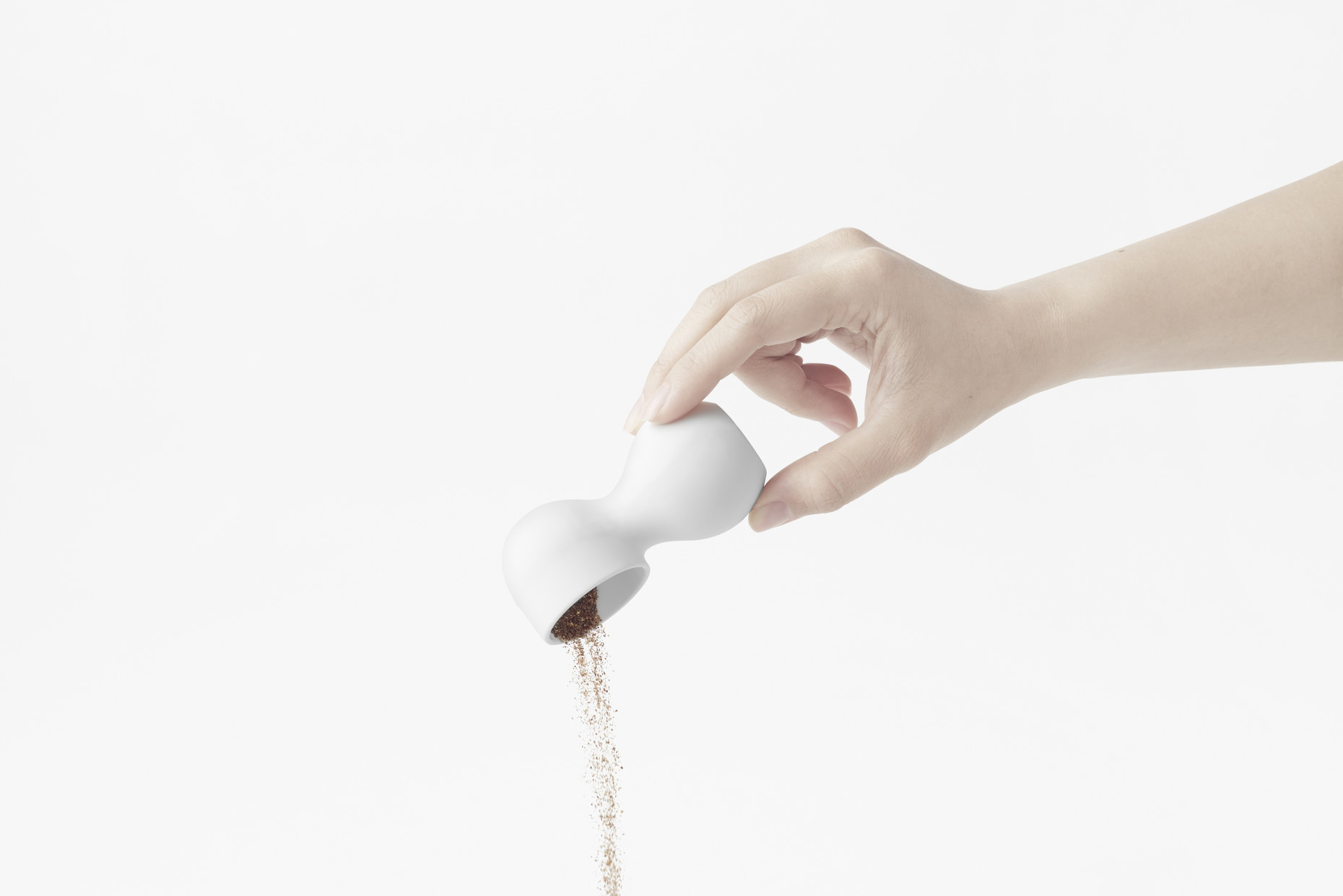 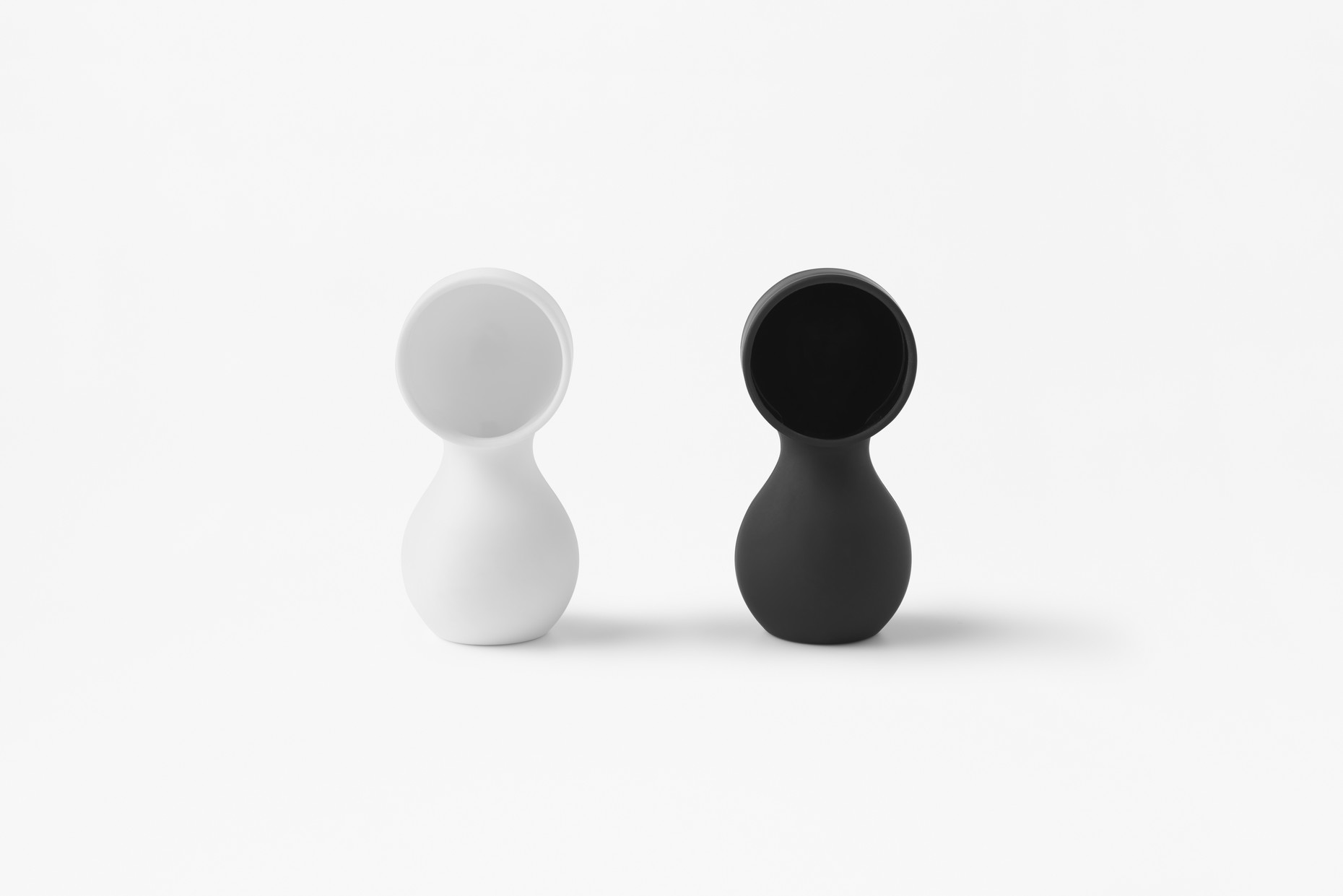