When in 1986 the two art collectors Caroline and Hans Neuendorf were looking for an architect to build them a holiday home on Mallorca, they happened to meet a young unknown architect from England: John Pawson. He did not design a house for their plot but a large castle as red as the surrounding soil – a castle that can be rented today.
by Florian Heilmeyer | 9/3/2017

The closed red walls rise up abruptly from the rough, red landscape. The concrete is tinged the same color as the stones and the soil, the emphatically tall narrow walls make sharp incisions in the wild landscape. But behind the walls lurks not a castle, but a massive house, a villa with almost 600 m² of living space around a central closed courtyard, with a garden, with terraces, a walled tennis court, and a narrow pool at whose far end the water falls dramatically through a gargoyle into a second pool located at a lower level.

It is a house full of surprises. The deeper you penetrate into the interior, the cozier and more luxurious the spaces that initially seemed so unwelcoming and cool prove to be. It is the first house by British architect John Pawson, who is world famous today for his concentrated, minimalist architecture. He realized the “Neuendorf House” on Mallorca together with Claudio Silvestrin and it is the prototype of his style. In part it is a truly religious building – not only because every visitor has to make their way to the house via a 100-meter-long, absolutely straight stone path with widely spaced steps like those on a processional route. Wheelie cases are definitely not wanted here – even though owners Caroline and Hans Neuendorf meanwhile also rent out the house as a holiday home.

Florian Heilmeyer: Ms. Neuendorf, when did you discover this place, and how did you come to commission John Pawson with the design for your house?

Caroline Neuendorf: Hans and I bought the plot here back in 1986: 13 hectares. Back then Mallorca was still the “island for cleaning ladies”. But for us it was a magical place. Not long before that we had met John Pawson by chance in Porto Ercole in Tuscany. He had just converted two apartments in London, one of which was his own. When we visited him in London we were fascinated by the simplicity and clarity of his conversion. The term “minimalism” had not been coined then. Pawson cooperated with the Italian architect Claudio Silvestrin and our commission for them was the first house they had ever designed

Have you also spent longer periods in the house yourselves?

Caroline Neuendorf: We have four children, and when we lived in New York from 1994 to 2002, the house on Mallorca was their home. It is still the center of family life for our children today, but now they are all grown up and live abroad. And unfortunately we don’t spend more than four weeks a year on Mallorca. As a house should not stand empty, we initially offered it to friends of ours. They were so delighted that over time it developed into a regular rental. What I had not really realized to begin with was that it makes me immensely happy to see how many of our guests appreciate staying in this house as something absolutely wonderful and unique. It is wonderful sharing this house with others. And naturally it makes it easier to bear the costs for maintenance.

Back then Pawson and Silvestrin were at the very beginning of their careers. Did you doubt whether they were the right people?

Caroline Neuendorf: It was a courageous decision on both sides to realize the project. Initially, people made fun of us to put it mildly. As I said, the concept of minimalism did not exist at the time so people would ask things like: When are the furnishings going to be delivered? And the architect on Mallorca also had problems with the austere architecture. It was only much later that Pawson and Silvestrin worked with people like Giorgio Armani or Calvin Klein.

You and your husband are art collectors, but there is no art to be seen in the house. Is that because the villa is primarily rented out as a holiday home?

Caroline Neuendorf: No, it was a conscious decision not to have any art in this house. The architecture simply does not need it. The furnishings are reduced in order to focus attention on the building itself. I really love this minimalist architecture – possibly because my father was an abstract painter. This minimalism gives me the feeling of being at home. The house generates enormous freedom for the mind to roam, and simultaneously alters according to the changing light and changes in the weather.

Is there a spot in the house or an aspect about it you particularly love?

Caroline Neuendorf: I can’t say what I like best. Depending on the position of the sun over the course of the day and through the seasons wonderful plays of light and shadow are produced that continue to fascinate me every time. In the summer there is a special magic about the morning with its very clear light – but the evening is special too, when the light becomes hazy after a long hot day. It is wonderful to see the sun go down on the roof. But perhaps the most special moment is when in July the full moon can be seen over the pool, round and enormous. That is really amazing. 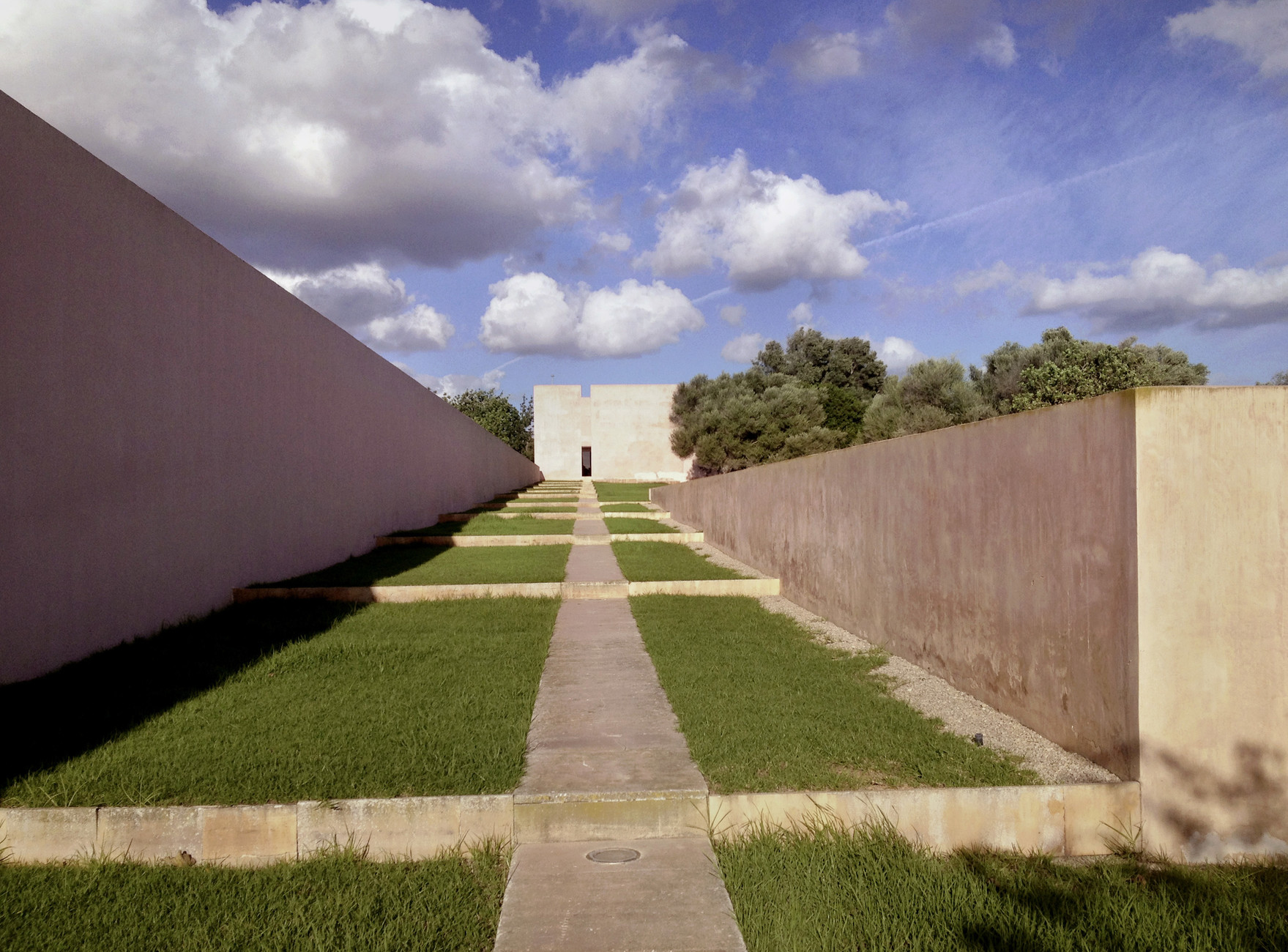 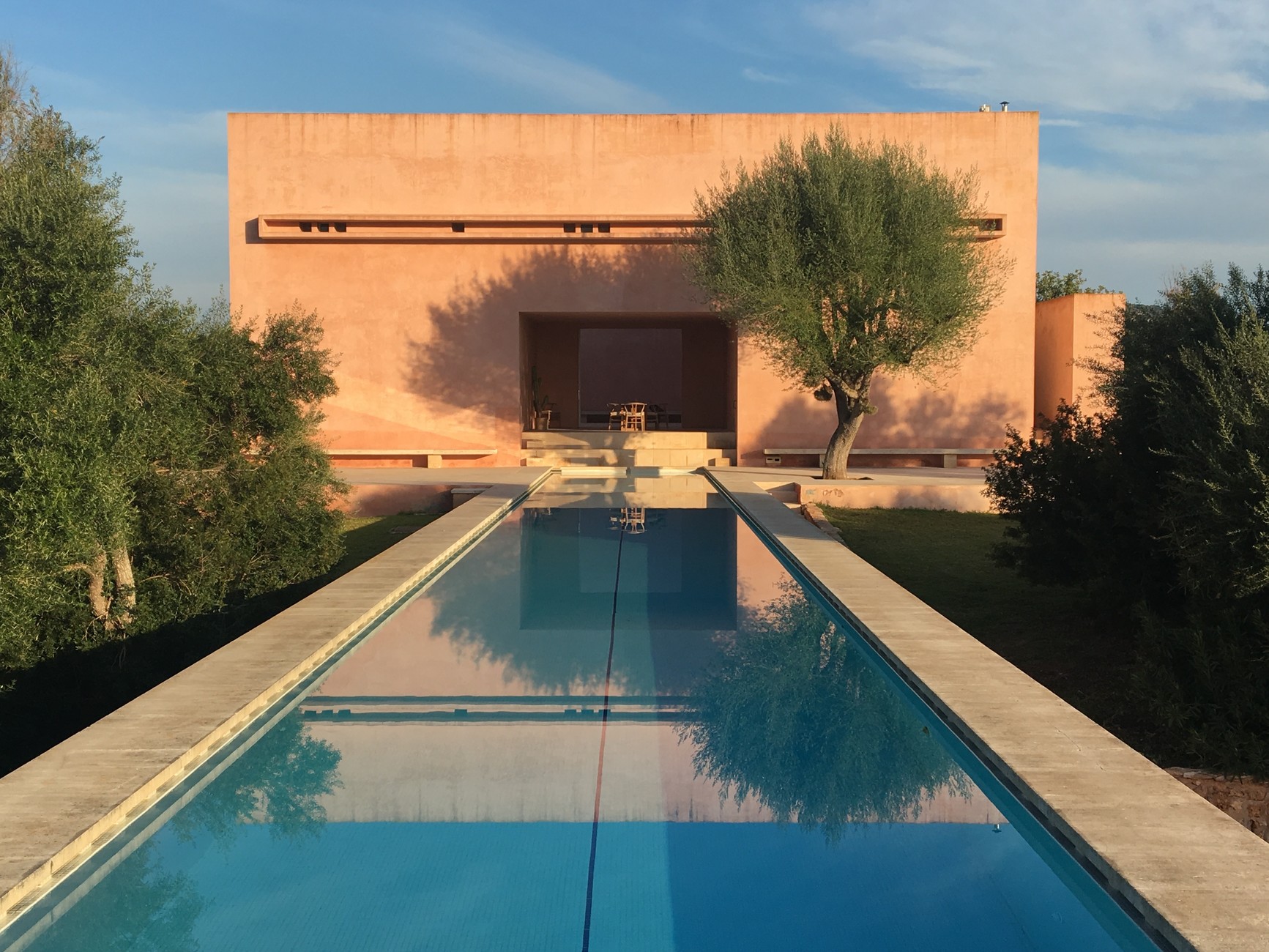 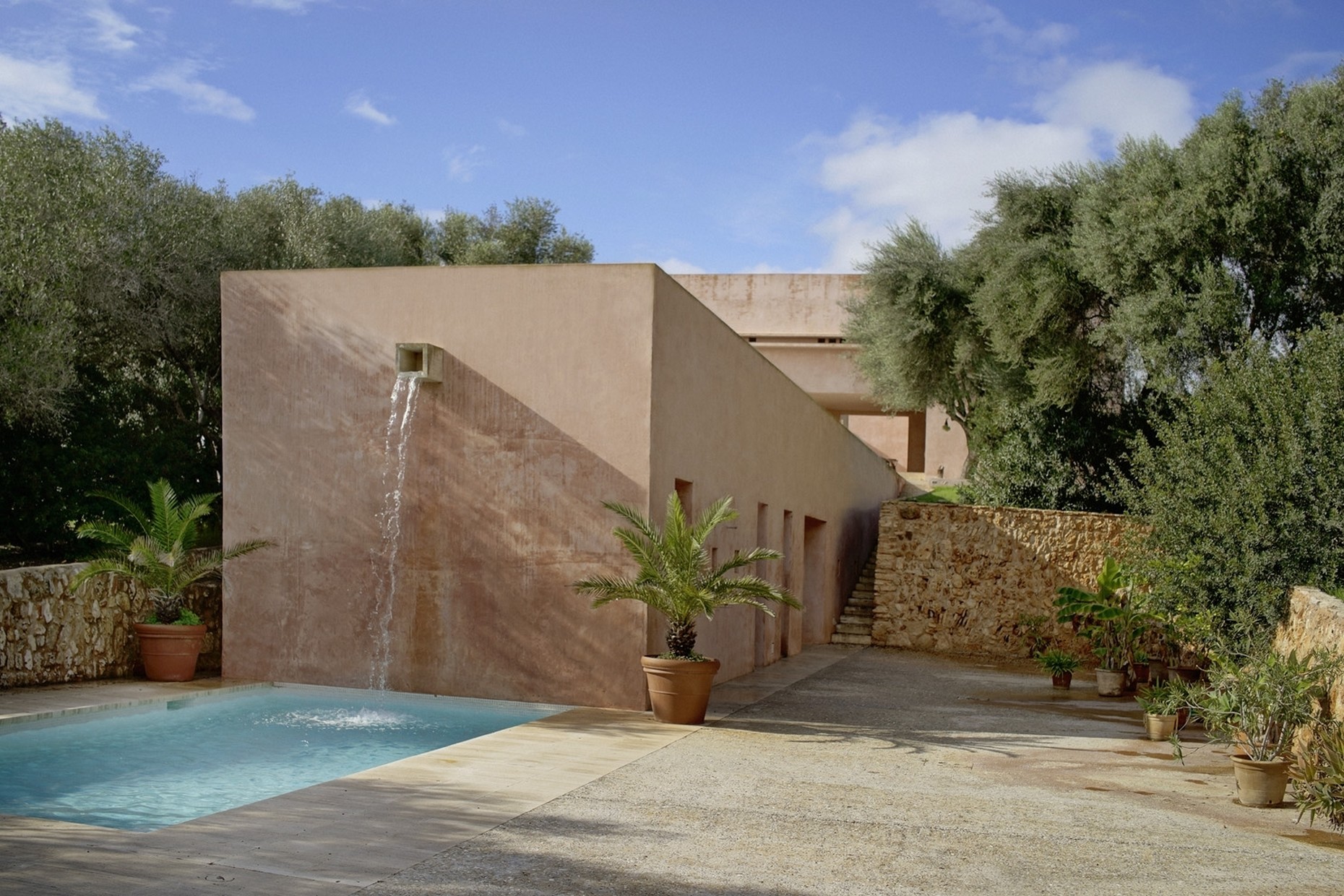 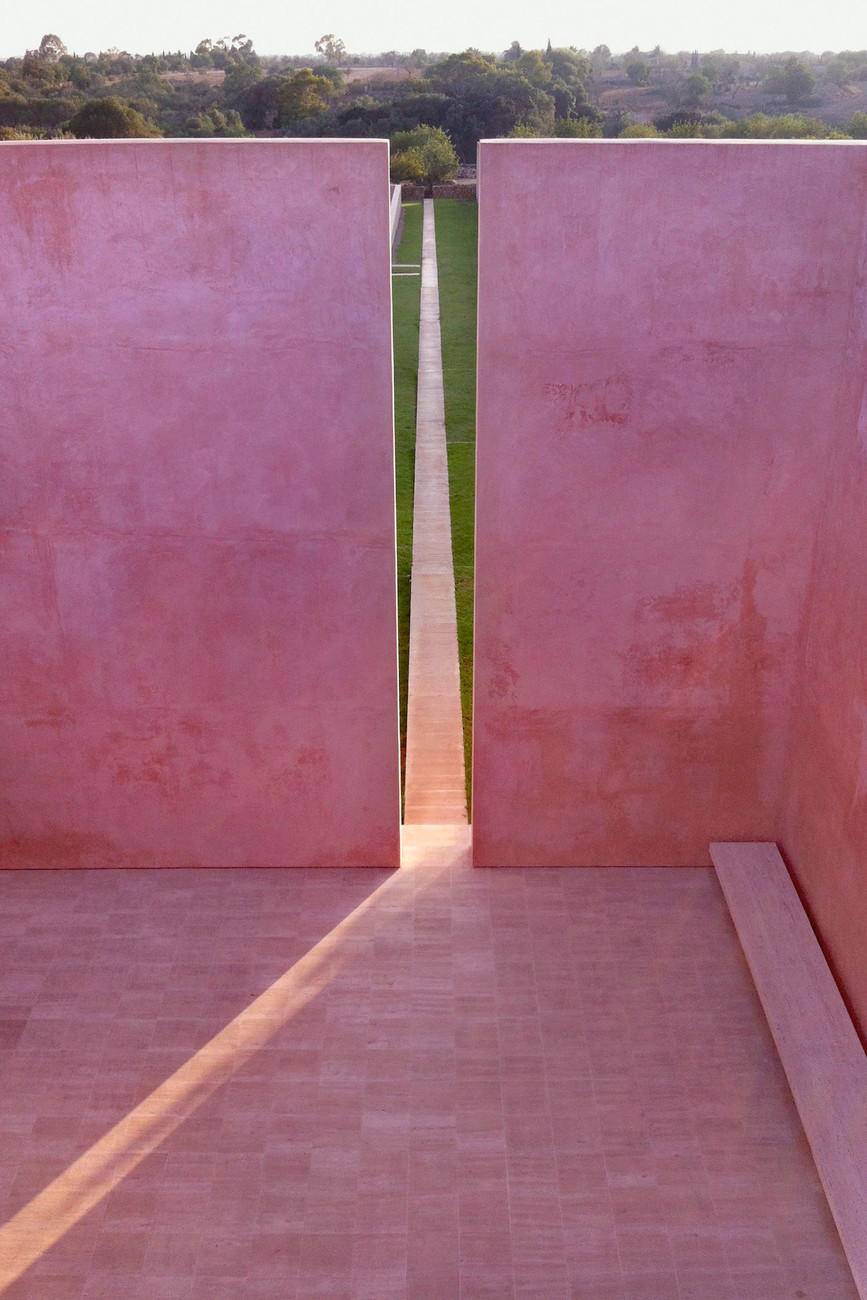 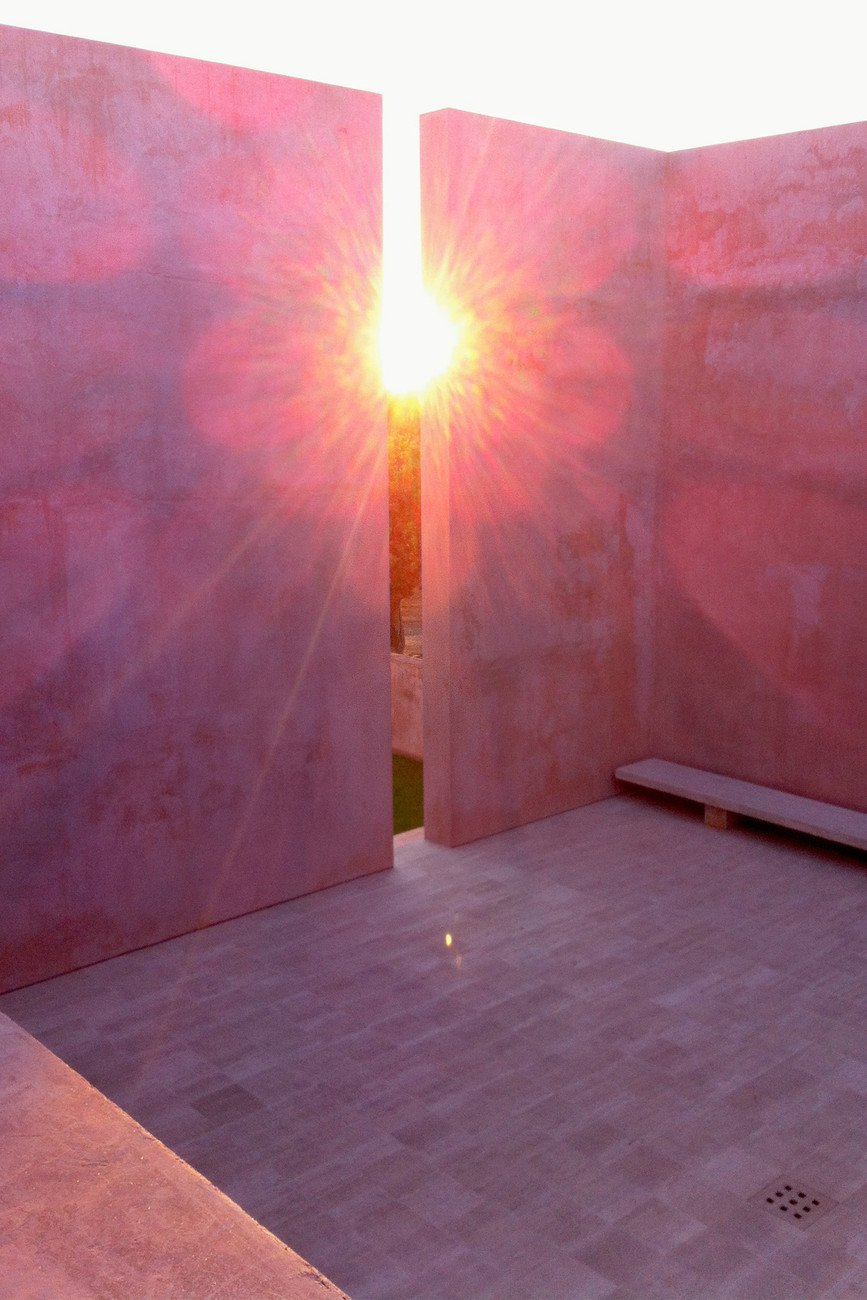 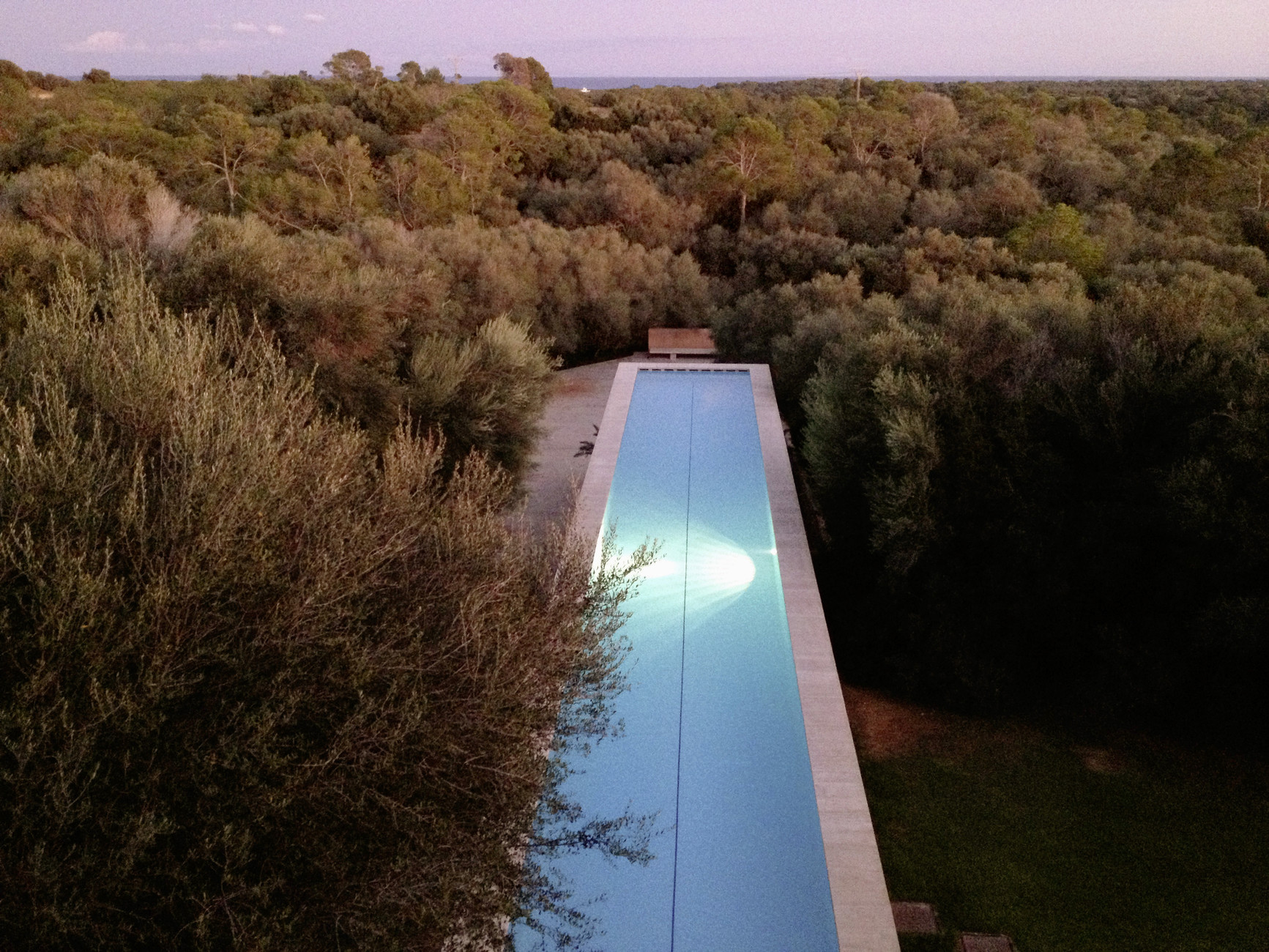 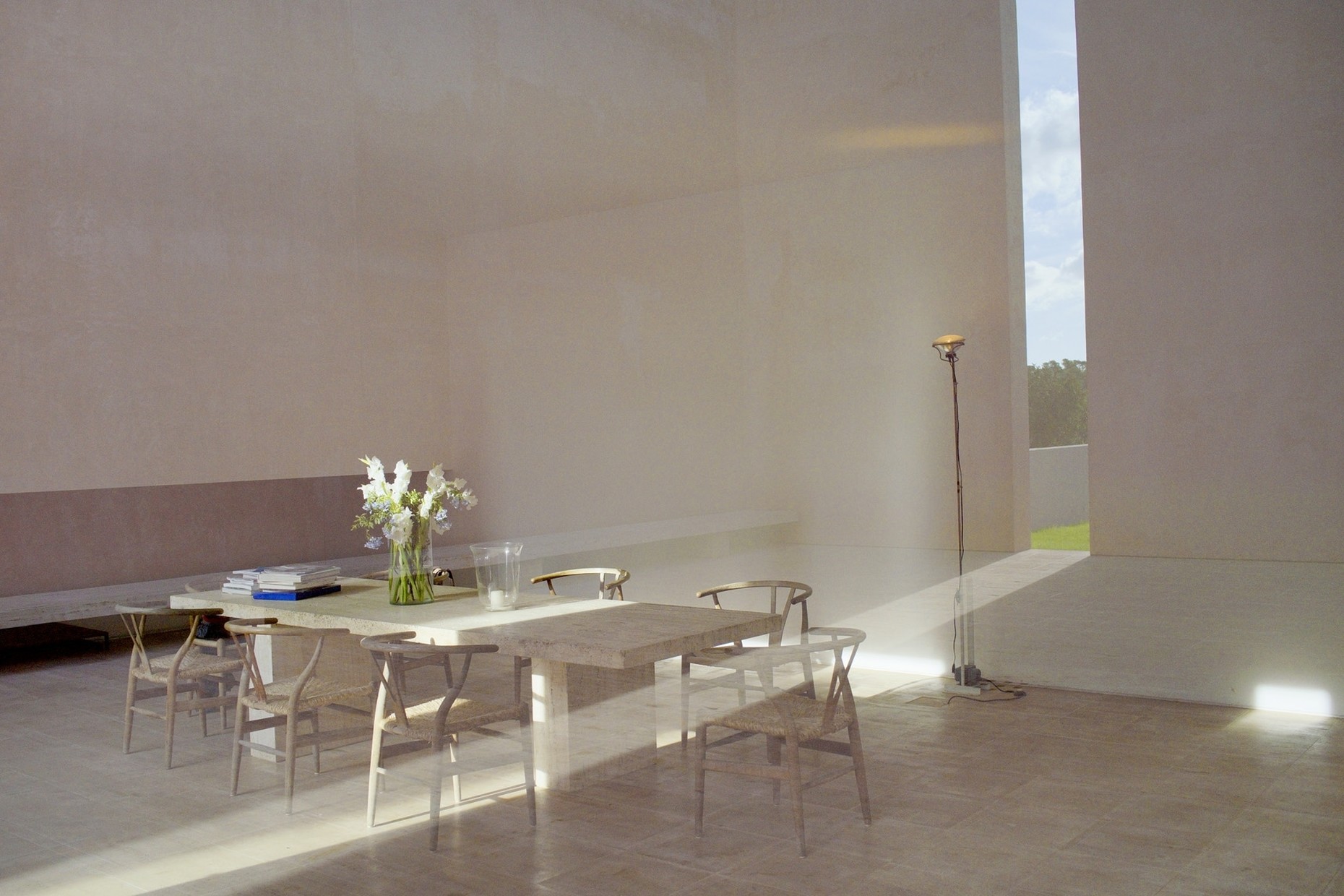 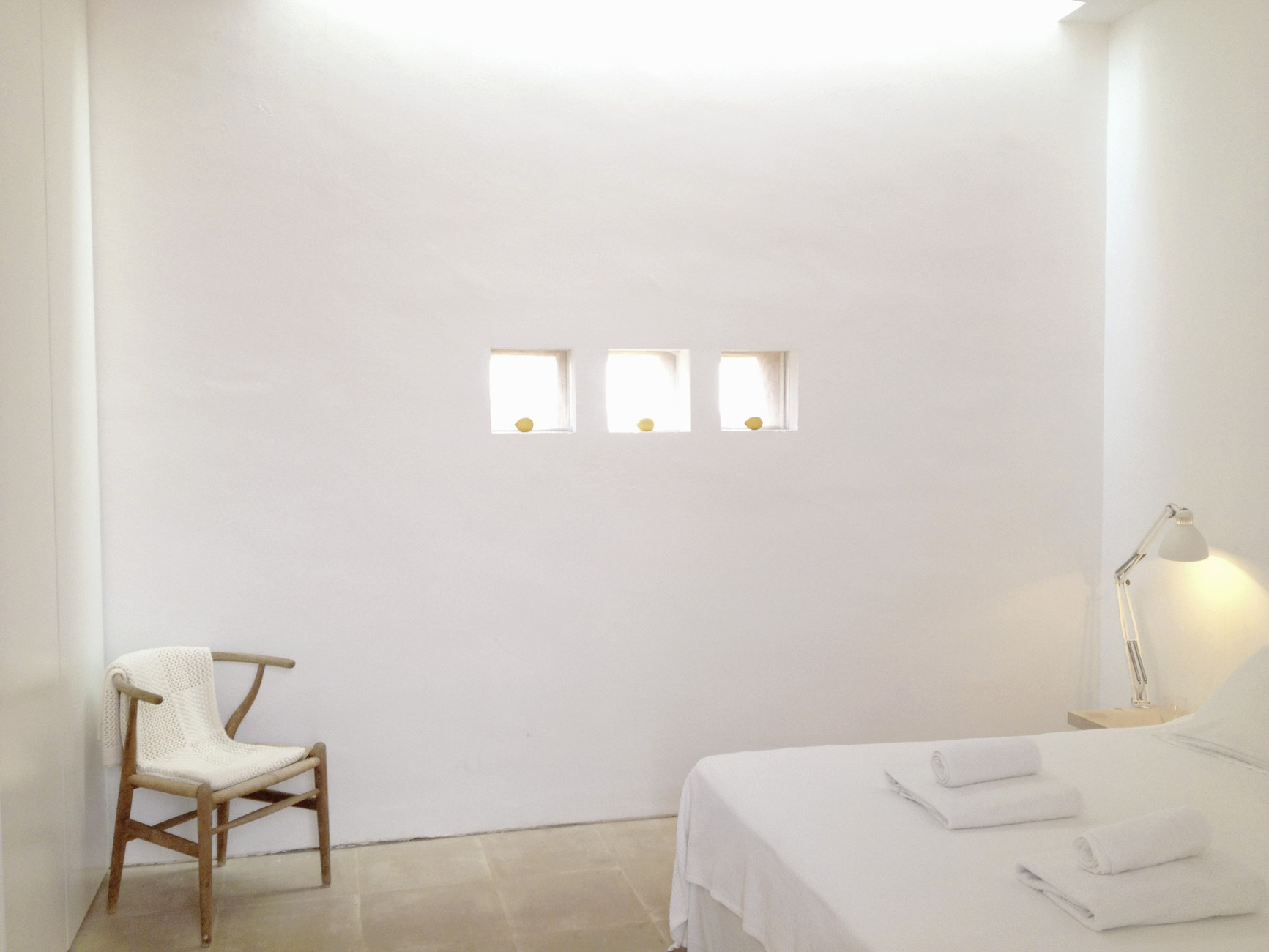 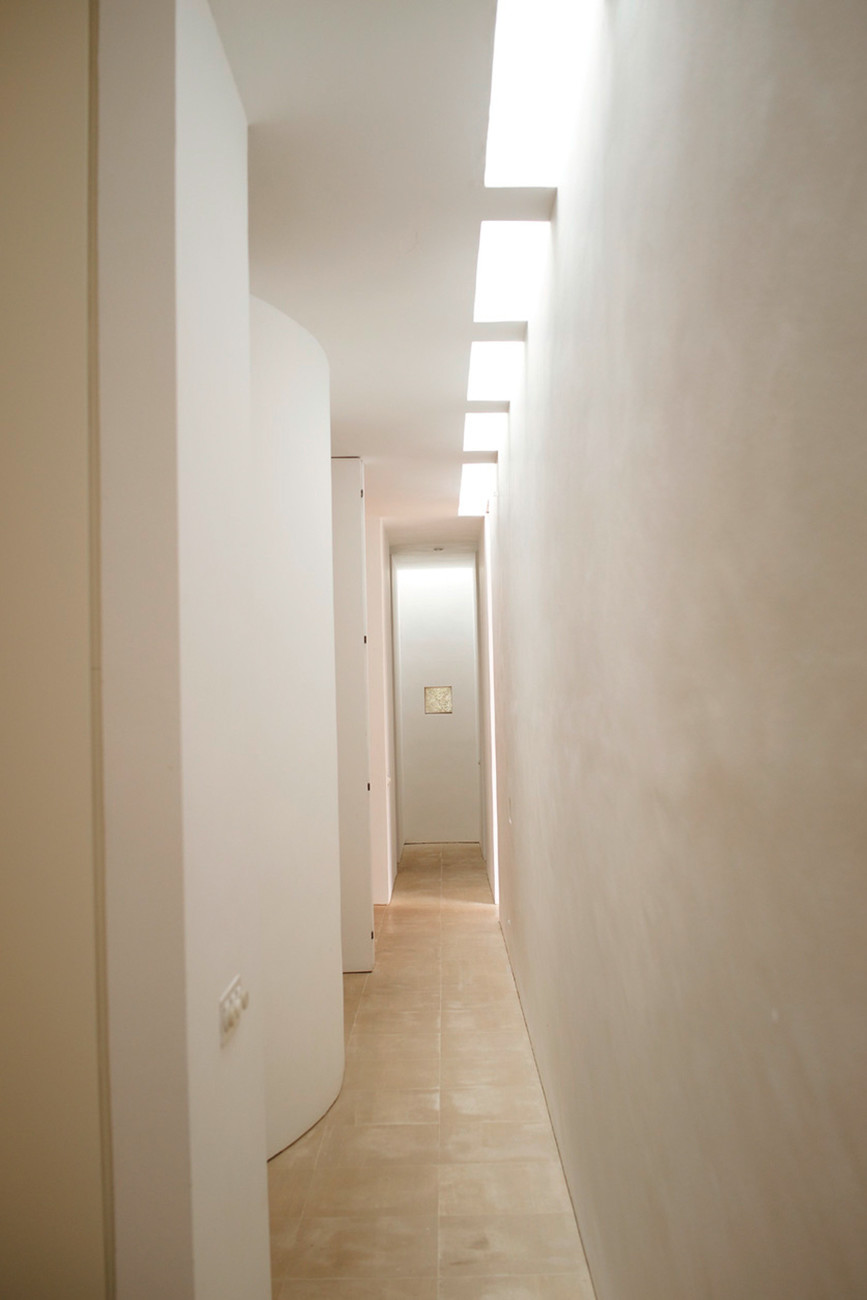 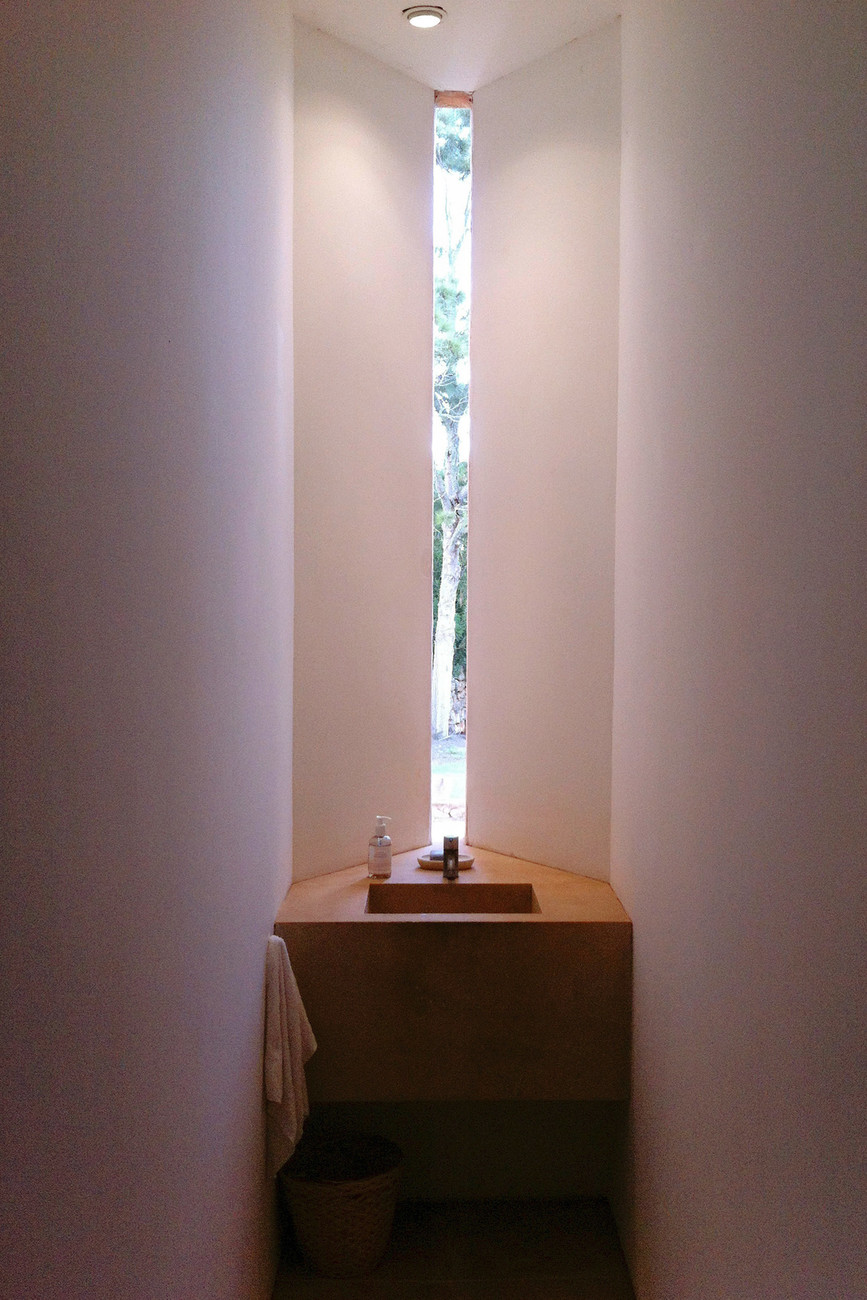 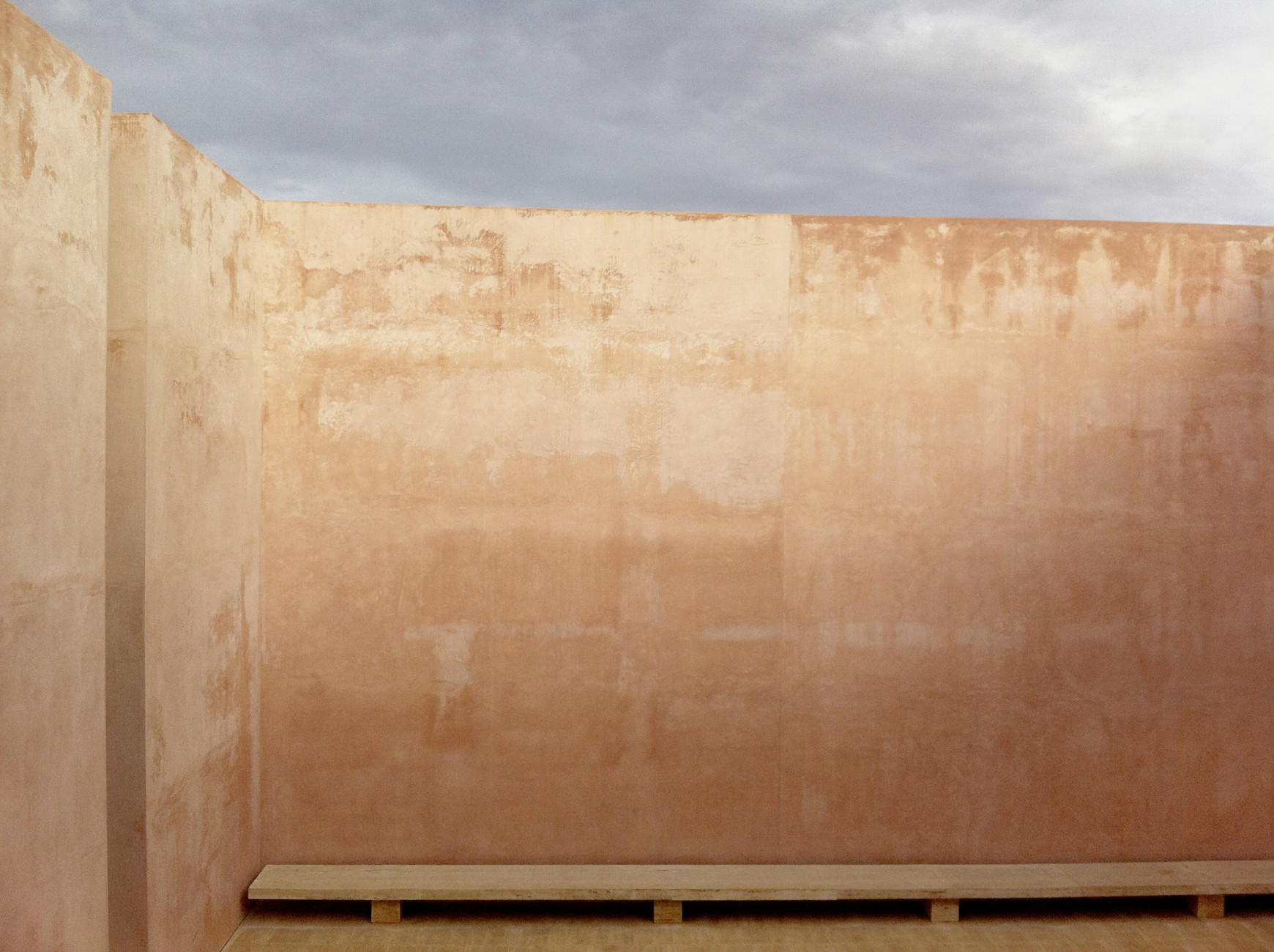 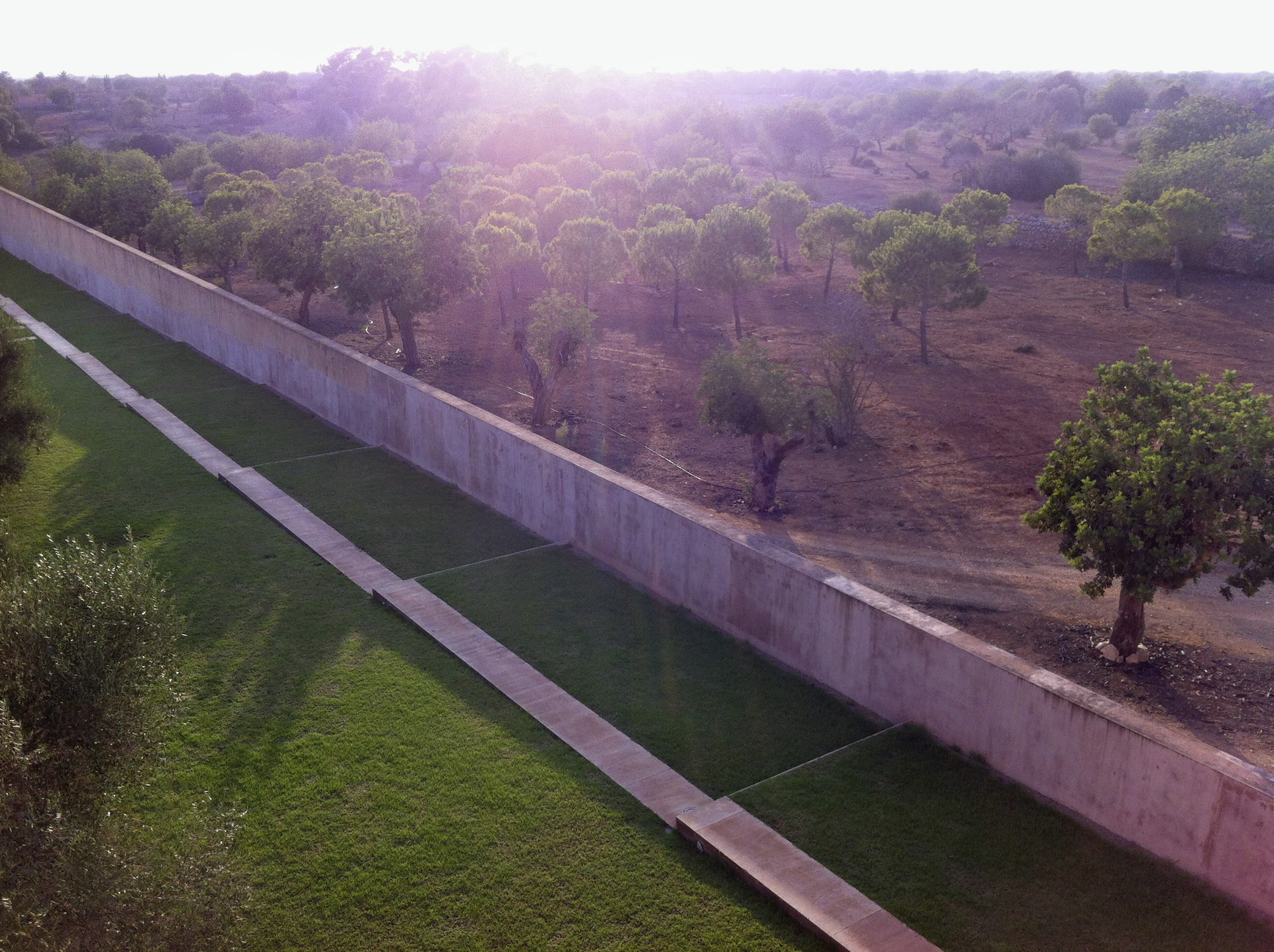