"More banal buildings and vehicles. This art based on building models is starting to get on my nerves a bit," laughs Indian architect Ragunath Vasudevan with whom I am strolling around the Venice Biennal. Some of the houses that we spy in the small Turkish pavilion look extremely primitive, others attest to the ornamentation preferred for Middle Eastern buildings, most of them simply represent the inhospitality of our cities. Faceless buildings on a 1-in-100 scale. However, at second glance there is something different about them, after all. This small architectural exhibition is a collection of buildings that already exist. "Look," say Ragunath, "that's surely the Mostar Bridge. So the models are real, but they never existed side by side like that." Do they still actually exist?

Their creator, Ahmet Ögüt, born in 1981 in Diyabakir, Turkey, is an artist and storyteller who paraphrases Italian novelist Italo Calvino in the text accompanying this model city. Calvino's character Marco Polo tells the Kublia Khan stories of invisible cities; Ögüt, by contrast, provides us with visible buildings. He strides through an imaginary city in which, yes, the old bridge from Mostar stands, just as it looked before it collapsed under artillery fire in March 1993. In his fictional stroll, he suddenly arrives in front of the Alfred P. Murrah Federal Building in Oklahoma City or chats with travelers on the No. 30 bus in London at the Marble Arch terminal. It gradually dawns on the viewer that all of them are objects which have been seared into the collective consciousness through images in the news - of them in their ruined state: The bus was bombed on July 7, 2005 in London; the administration building in Oklahoma (complete with large kindergarten) was blown up on April 19, 1995; and the arch of Mostar's old historical bridge crashed down on July 9, 1993. Ahmet Ögüt's city is an agglomeration of many places, buildings and vehicles which were destroyed by terrorists or as a result of the violence of war.

"I wasn't present during any of the attacks although I traveled to some of the places - to Banja Luka to see the mosque, and to Istanbul to the HSBC - after they had been destroyed. In other words, I am an outsider in terms of personal experience," explains the creator about his relationship to these buildings. "But I spoke with people who were connected with these places: I met a man who had worked in the National Library in Sarajevo. Another was born in the Dragise Misovic Clinic Center in Belgrade, which was likewise destroyed."

Ögut is by no means interested in an art that appeals to our sense of commiseration; he seeks formal neutrality, distance. He wants everything to slowly develop in your mind. "Exploded City" is a "negative utopia" for Ögüt. When we think about utopia, he suggests "we reflect on our desires and wishes. What you see here intact already contains the drama that will occur in the future." In
Exploded City represents the Turkish entry at this year's Venice Biennial. The presentation - as part of what I consider to be a very successful Biennial - is perhaps the most impressive document of how meaningful statements can be made through the means of architecture (the model of the building) and design (object-based narration). Ahmet Ögüt is certainly not seeking to conjure up the spectacular. He purposely avoids depicting the Twin Towers, which he claims "would have been recognized immediately and would thus have been totally unsuitable for the gradual process of realization I seek to encourage." His work can be grasped slowly, bit by bit. Through reading, observing, remembering. "I am more concerned with the emotional relationship to the city than with the architectural structures that go to make it up."

Ögüt uses these examples of architecture not simply as creative material for collages. And this is where he becomes interesting for us: He points to the political content of materials and architectural shapes. "Asphalt," he explains to me, "is an ideological tool of the authorities. It functions as the best and simplest way of occupying space. Asphalt is thus the shape authority takes when it becomes manifest as an object." It would quite generally be to the benefit of both architecture and design to adopt Ögüt's acuity and clarity when it comes to addressing what we plan, design and build every day. And here, to a far greater extent than in the trite world of design as an applied art, that a bridge could easily be built between art, design and architecture.

Ögüt's Exploded City does not show any ruins but is instead a collection of undamaged buildings. This makes it possible to forge many cross-references between places and situations before the tragic events. They are references which one would never have made without him. The installation is unsettling, and places a weight on the viewer precisely because the buildings in the models are completely intact, there are no dead or wounded, no ambulances or paramedics, no firemen or military in sight. Because "it" has not yet happened. We did not know these buildings when they were still intact; we only became aware of them when they appeared on the evening news as ruins, as relics of themselves. And this is how we remember them. Ögüt presents them to us in a different, more everyday way, namely as intact structures.

The question the layout of the buildings begs is as follows: Are there perhaps formal connections between these buildings? Are particular building types particularly susceptible to terrorist attack? Can one perhaps plan differently in order to avoid houses being targeted and still ensure the presence of open urban space, free of checkpoints and barriers? What connects the buildings? The answer is obvious: They are all public buildings, at least they are buildings in which many people spend time or through which many people move - targets of the terror aimed against civilians over the last 20 years.

On the other hand, only those buildings in which many people happened to be at the moment of the attack have entered into the collective consciousness. These attacks go beyond the cynical limits of what makes a newsworthy event. One must therefore ask what things would look like if buildings were included in which only individual persons died or were wounded in an attack. How big would a model of such an exploded city be? How big would it have to be if all such places of horror, and not just the 26 which Ögüt has selected, were included? Would the result itself be a large city? What metropolis of terror would we be faced with? What kind of city would it be if it showed hundreds of houses, rooms, facades and bars in Iraq alongside the commuter train from Madrid's Atocha station (March 2004), the school building in Beslan (September 2004), and the UN building in Algiers (November 2007)?

The questions about the city which Ögüt poses are just as relevant for design and architecture as are ergonomic questions relating to "urban mobile networking", such as twittering, blogging or mailing by Black Berry. They are just as important as aesthetic discussions on city furnishings or ecological considerations for energy-efficient building. Just like social questions, they insist we allow for their integrative barriers-free use. And Ögüt poses them for us, he constructs and brings together the Exploded City.

The exploded city, the disappearance of buildings, whole streets or districts was already a collective 20th-century experience before the current wave of terror. Guernica disappeared, the old town of Darmstadt disappeared, Dresden and Nagasaki disappeared. For Ahmet Ögüt such events in modern history are already buried too deeply in schoolbooks. "I am more interested in the present - in what we ourselves have experienced. Sometimes even at the very moment it happens!" There is no underestimating the value of Ögüt's archive of exploded buildings, his act of collecting and assembling built witnesses to the current war on terror. 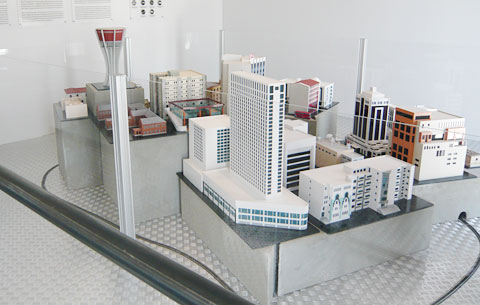 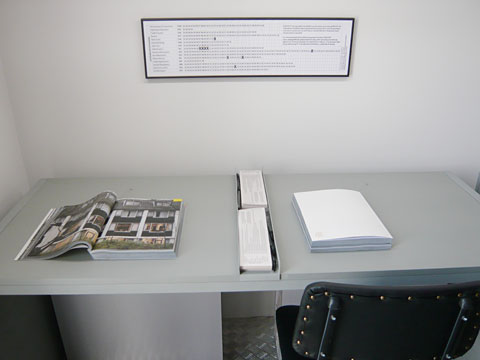 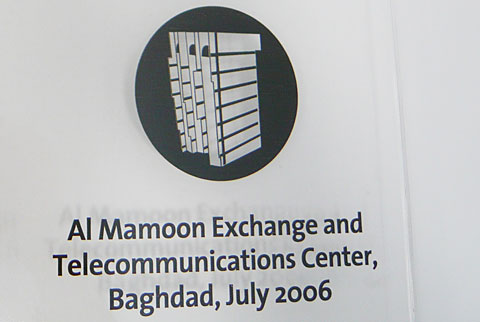 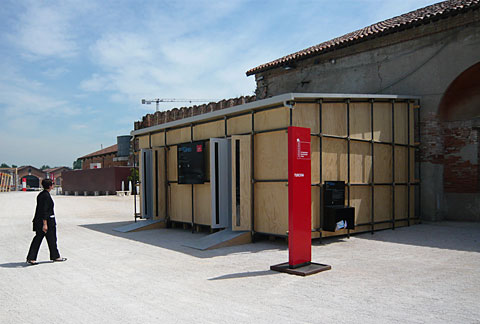 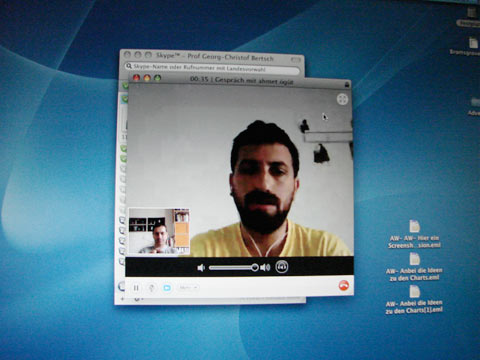 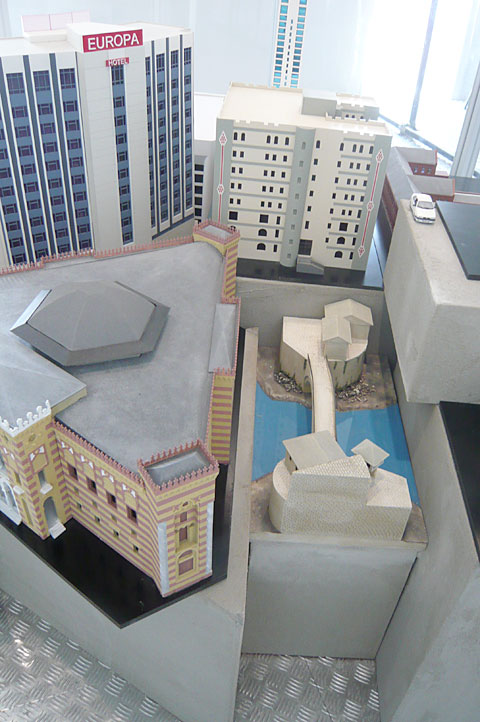 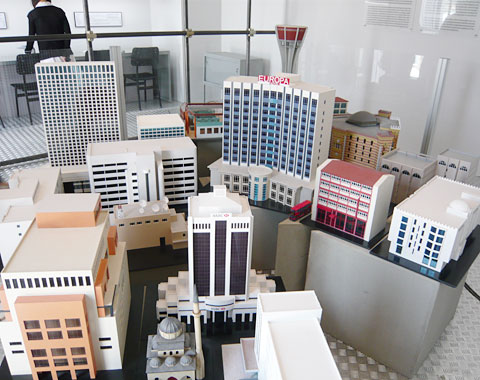 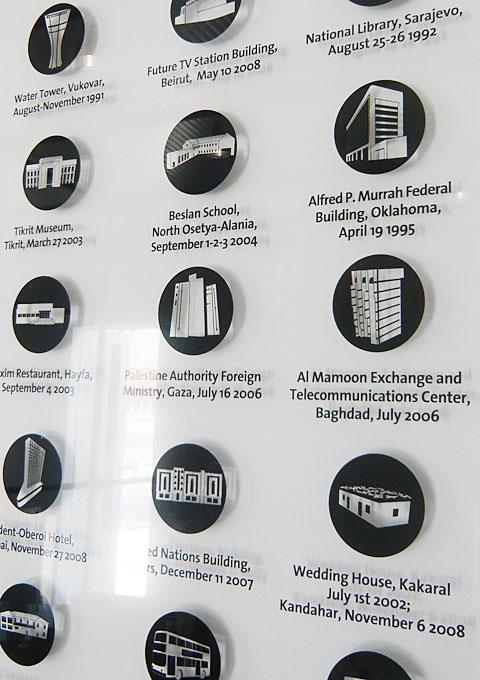 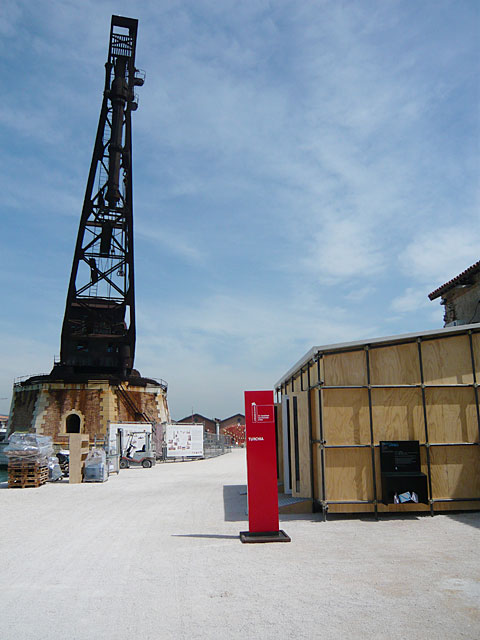 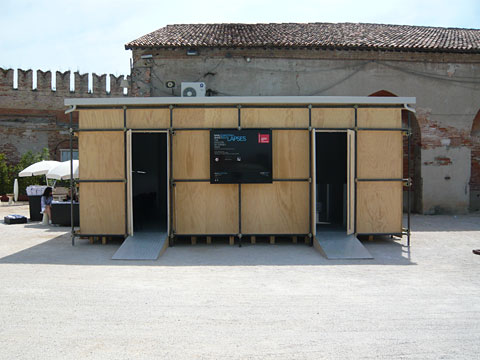