A melting high-rise? Made in 2005, Erwin Wurm's sculpture "Mies van der Rohe – melting" greets visitors to the show "High-Rise - Idea and Reality". His model offers an ironic take on the heroic gesture of many architects and developers who simply want always to build higher. In other words, the skyscraper boom is not just a matter of height, as is also emphasized from the very outset by the exhibition, designed by Holzer Kobler Architekturen. Rather, the high-rise as a type is related to the city and to people. The scenography incorporates the motif of the skyline and as if in a Baroque theater stacks the topics into the depths of the large exhibition hall. The material is ordered by city, and by theme ("living", "photography", "hybrid" and "super-high"). The high-rise as a type is presented mainly through large-size photos and the one or other model; bar a few exceptions there are no construction plans. Which is logical as curator Andres Janser wants the show to appeal not only to architects.

Size also is not everything: alongside New York, London, Hong Kong and Shanghai Zurich itself is a case in point discussed in the show. In the Swiss business metropolis with its 400,000-odd inhabitants, there is only a smattering of high-rises. Not in the old downtown area, but further out, in the north or in the former industrial district of Zürich West. Or so the municipal "High-Rise Guideline" of 2001 specifies. "Discreet urbanity" is the motto taken for the case of Zurich. As the sparsely-located high-rises contrast with their Asian counterparts, which provide housing for many, and instead contain chic urban apartments or offices close to downtown. And they only arise if they fulfill the brief and deliver added urban value.

However the city has recently added a new highlight in the guise of Gigon Guyer's "Prime Tower". Some like it because with its green reflecting façade and projecting sections it resembles an elegant sculpture; others criticize it for being dominant banking architecture. With a pleasant shape as an office tower it simply solves a trivial construction task, is the verdict of professor of urban planning Vittorio Lampugnani. In fact, the "Prime Tower" may be the highest in Switzerland, but it only stands 126 meters tall. Which is pitiful compared with the 20 highest buildings erected worldwide in the last year alone, all of which topped 258 meters, with the record going to "Burj Khalifa" in Dubai at 828 meters. "Super-high", or so we learn in the show, are towers of over 300 meters, of which there are apparently now 50 world-wide. A real high-rise is also defined in terms of minimum height: meaning it must be at least 25 meters high (as in Zürich) or have eight storeys (as in Shanghai) to be counted as one, if only because as of that height the firemen can no longer scale it with ladders, and a different fire-protection concept is required.

Why high-rises? "High-rises offer an answer to urban problems," comments curator Andres Janser. And because these differ, the construction of the buildings does, too. While in Zurich a high-rise is an exclusive exception that must extricate itself from the grasp of the stringent urban planning corsetry, in London the rules are different: there high-rises are built where the return on the land is highest, spelling higher buildings primarily at transportation nodes. In London a high-rise may not obscure the view of St. Paul's Cathedral and Westminster Palace, for example, but otherwise the height is not pre-stipulated and is therefore a matter for negotiation between the building authorities, investors and planners - with "high design quality" being the prerequisite. The latest example: Renzo Piano's "The Shard", which is being built at London Bridge Station. The glass spike will in time stand 310 meters tall and thus be Europe's highest building.

And what about New York, which together with Chicago for decades defined what epitomized high-rises? What's up in the city just before the 10th anniversary of 9/11? The traumatic destruction of the two towers designed by Minoru Yamasaki did not, as hoped, spawn a conceptual renaissance of this type of building, as the profit expectations to be achieved won out. The focus on new developments has shifted East, confirms Andres Janser. And there ecological concepts have not been lacking, as "The MET" by WOHA Architects in Bangkok shows: a curtain wall of green balconies and free zones that cut right across the building deliver cross-ventilation, making air conditioning unnecessary. Shanghai is considered the greenhouse of high-rises: in the mid-1980s the city only had 120 high-rises and only 20 years later the number has grown by a factor of 100. The city itself is also pushing the height record upwards – both on the east bank of the Huangpu in the Financial District, where there is a great concentration of high-rises, and across all of the metropolis. The good, the bad and the ugly all next to one another, suggests Clifford A. Pearson in his essay in the catalog. In Hong Kong, the approach is pragmatic: given the lack of land, the city must consciously use every additional square meter it can wrest from the clutches of the sea. The authorities carefully weigh up glory versus use as skyscrapers have long since ceased to only be the prestigious property of big capital. Thus, in Asian cities the high-rises are forever stacking residences one over the other on footprints that are identical. That need not be so, as is demonstrated by the model of another Zurich high-rise: Gmür & Geschwentener, the office of the Zurich Urban Planning Authority, proves with its high-rise "Hard Turm Park" how a skyscraper can boast variable, attractive apartment footprints.

Andres Janser paid special attention to the choice of images. They were taken by photographers who use the theme to question incessant urbanization. There are the beautiful, unreal night-time shots by Peter Bialobrzeski of Chinese megacities. Others focus on the hard opposition of old and new, while a third group seek out niches in which the inhabitants have found a place, such as the precarious huts on the roofs of high-rises, as in the photos by Rufina Wu & Stefan Canham. And of course virtual high-rises can be built, as Filip Dujardin shows with astonishing renderings. In this way, issues relating to architecture criticism take the back seat, in favor of artistic, sociological and planning statements. The skyscraper, or so the impression given, is long since more than just a matter of sheer height. 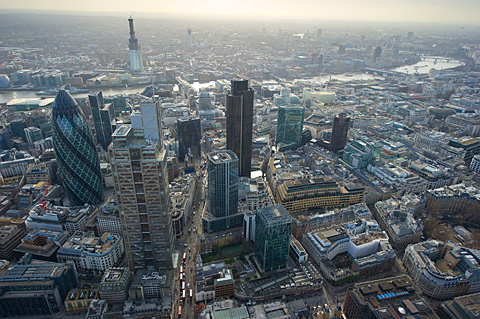 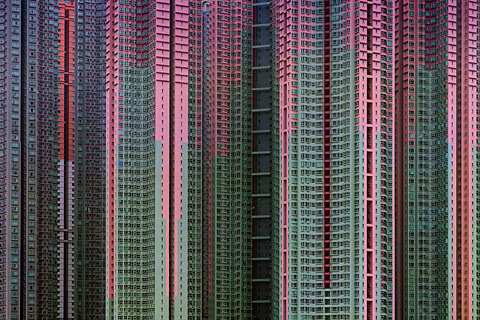 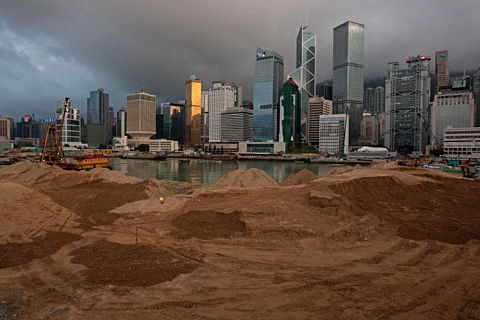 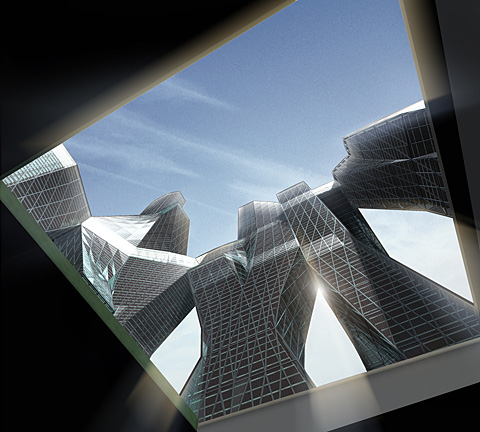 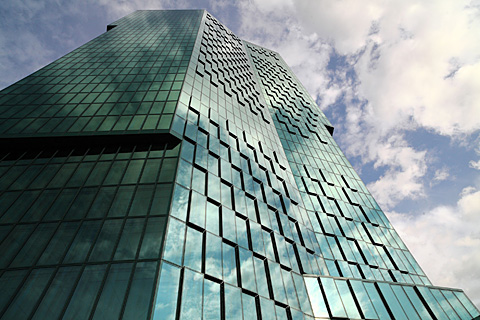 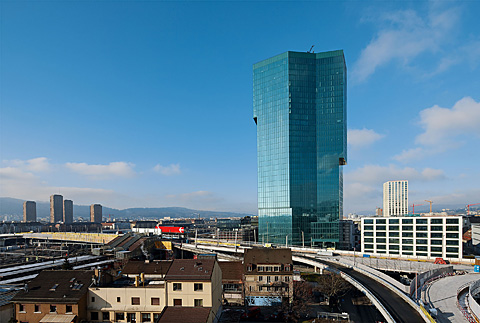 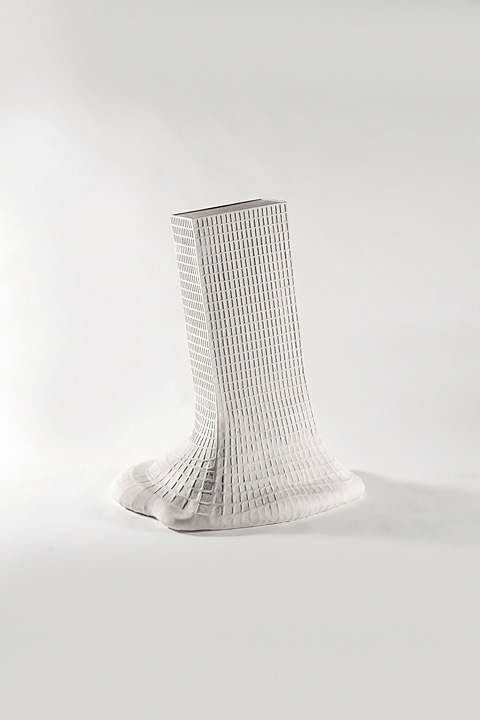 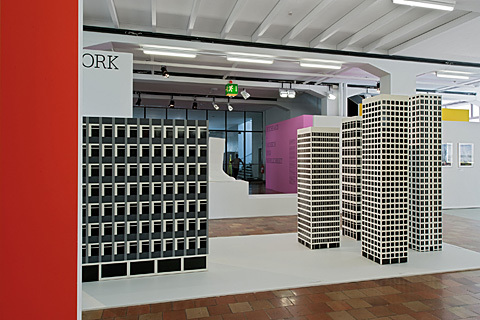 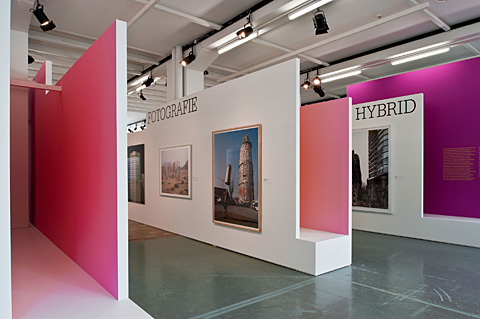 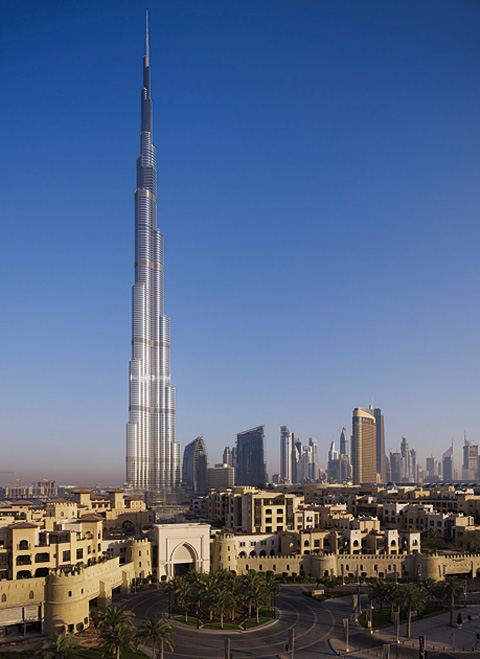 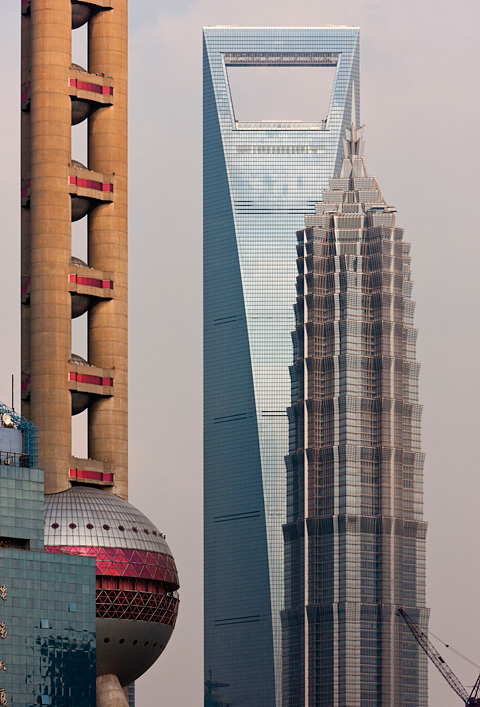 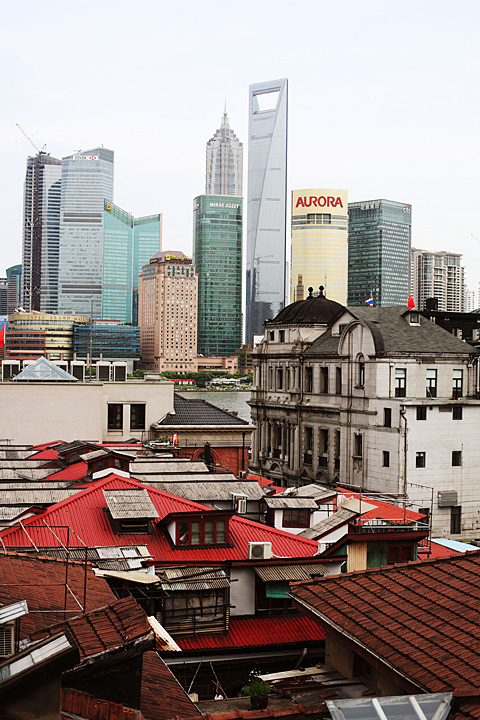 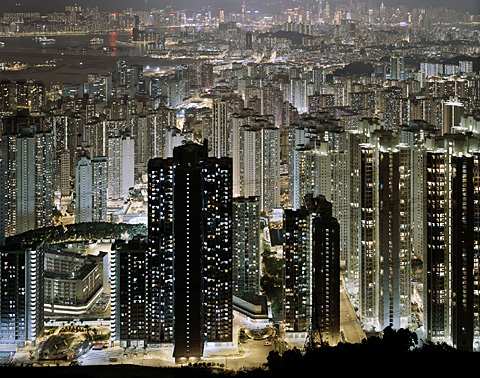 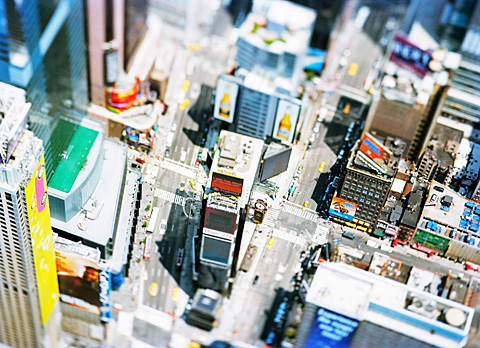 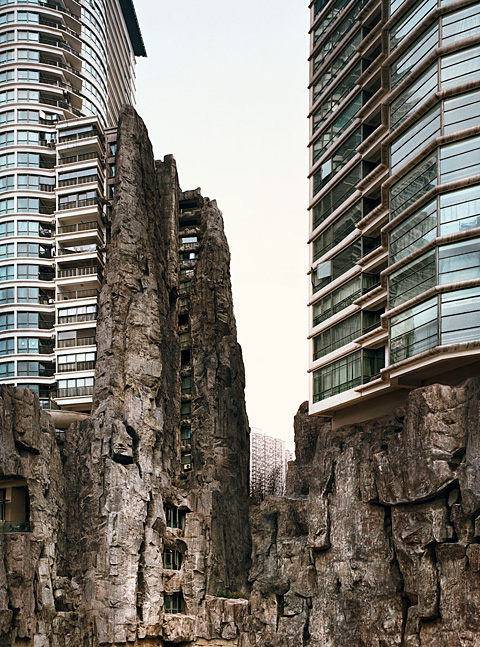 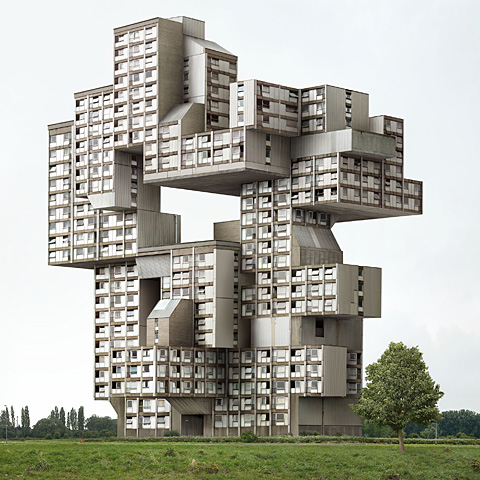 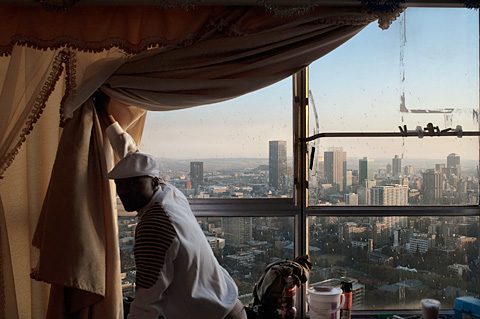 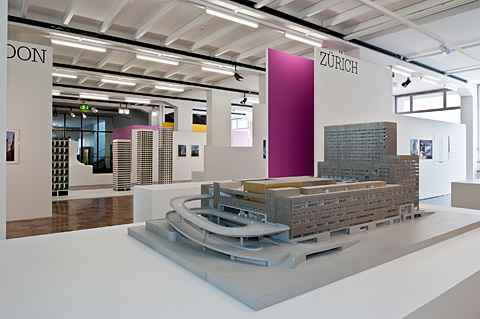 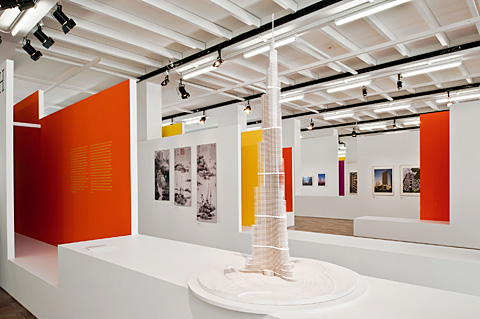