It seems that only a small number of Cologne’s inhabitants know Hanns-Hartmann-Platz. Yet it is centrally located directly on Breite Strasse, one of the city center’s busiest shopping miles. The combination of a detailed, medieval ground plan and large-scale post-War development typical of Cologne had resulted here in an odd, unused leftover area right next to the bustling shopping promenade.

At the instigation of public broadcasting institution Westdeutscher Rundfunk (WDR), which owns the site as well as the neighboring 1960s building Haus Berlich, Cologne-based architects Coersmeier Tebroke created a new design for the square, also adding the “WDR Pavillon”. The design is pleasantly in-keeping with its surroundings, in fact it almost seems as though the square had always looked like this. And the architecture of the pavilion, oriented on the tall neighboring buildings whilst re-interpreting the visual language these use in a contemporary way, demonstrates this above all else. By using folding glass walls by Solarlux, the architects have achieved a transparency that makes the structure appear generous, light and inviting. At night, the glass pavilion is lit up in different colors to stunning effect.

The architects chose the same paving for the square as was used on Breite Strasse, thereby visually linking the two areas with different uses. On the other hand, a large, elongated water basin of 205 square meters in front of the WDR building creates a bit of distance between the offices on the ground floor and the public space outside. This kind of segregation does not exist when it comes to the pavilion. Architect Ulrich Coersmeier stated: “Even when you’re sitting inside the pavilion, you’re still very much in the square. So you’re in public space here all year round.” In order to achieve this fluid transition, the load-bearing structure for the mono-pitched roof was ingeniously minimized, glazing with Solarlux folding walls was installed and flooring chosen in the same color as the paving of the square. In addition, the transition between inside and outside really is entirely smooth and flush, as the floor rails have been sunk into the flooring, making public access barrier-free. (rw) 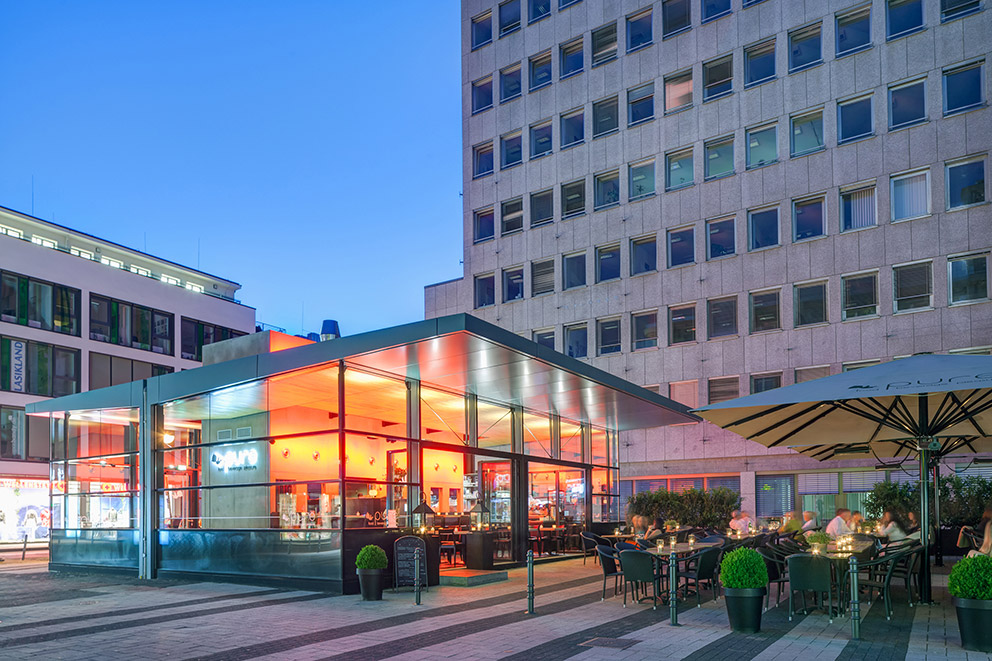 The new WDR pavilion is bringing city life back into the pedestrian zone off Cologne’s Breite Strasse. Photo © Solarlux 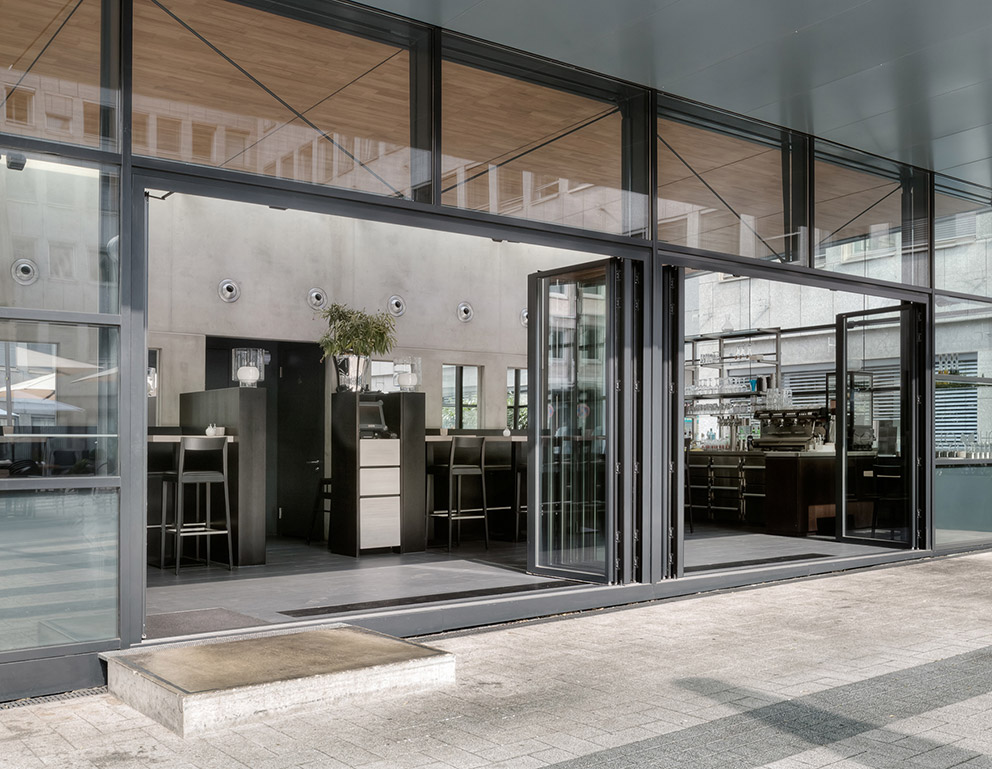 The folding glass walls by Solarlux enable a seamless transition from the outside to the inside space and an emphatically light construction. Photo © Solarlux 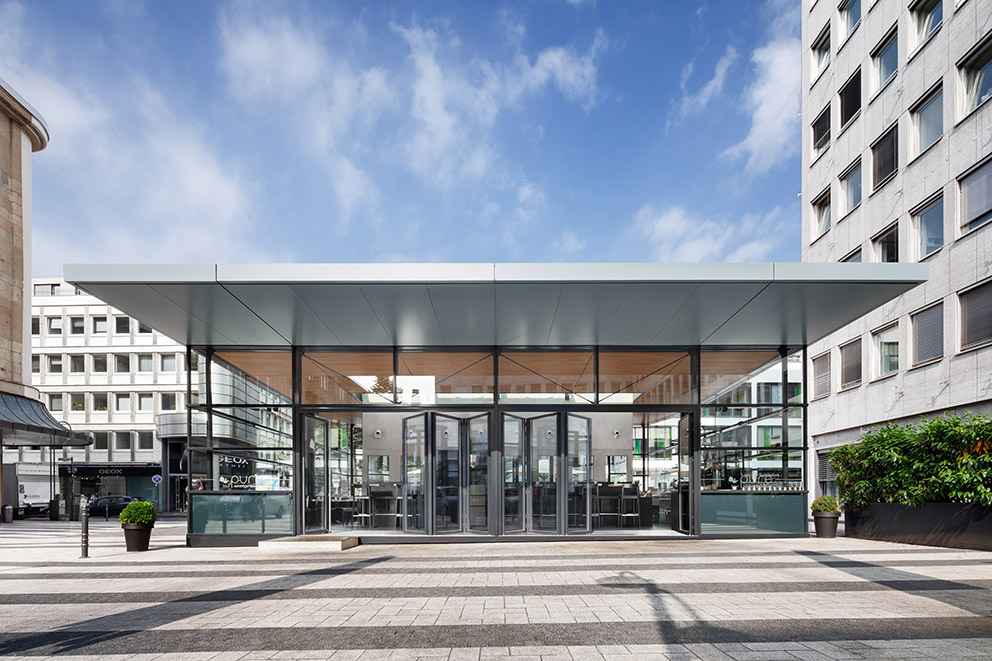 The pavilion references the design of the surrounding post-War buildings with its stunning mono-pitched roof and ethereal transparency. Photo © Solarlux 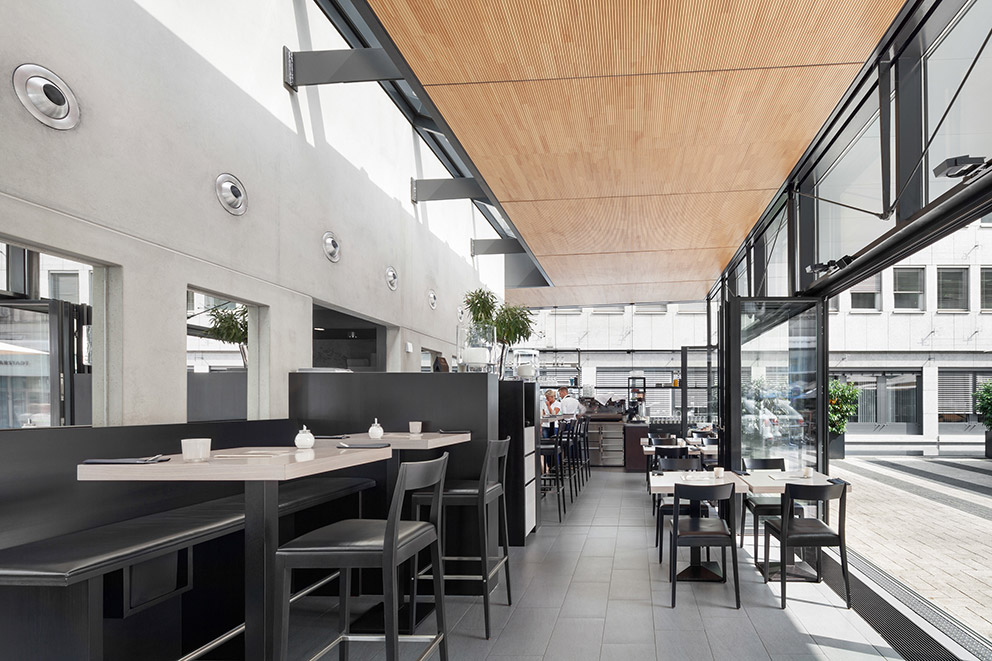 The transparency and a step-free transition are designed to give visitors the feeling of sitting outside on the plaza even when they are inside. Photo © Solarlux 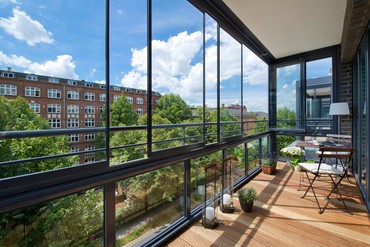 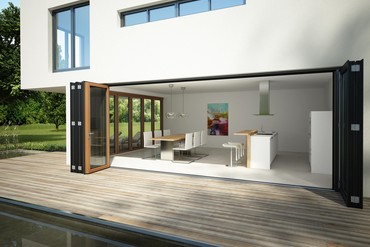 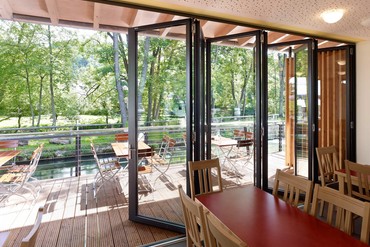