Paper, under threat in the computer age, but declared dead well before its time, is indubitably a part of human civilization, not only because we always "put things down on paper" be they ideas, plans, hopes or fears. Paper is also part of everyday life; its uses are without number. The fact that art can be created from a mundane sheet of paper is shown by Japanese origami, where art long ago discovered paper as a material in its own right and not just as a support medium.

The "Paperlove" project presents the whole gamut of artistic possibilities that paper offers. Its scope ranges from new-look packaging, reflections on recycling and notions of paper as a repository for knowledge, to furniture and fashion. The American design platform, "Luminaire", which has showrooms in Miami and Chicago, invited a total of 51 internationally renowned designers, artists and architects to participate, including Issey Miyake, Zaha Hadid, Konstantin Grcic and Piero Lissoni. For the organisers, the project, whose designs were presented for the first time at the last Art Basel Miami Beach, is also about contributing to a good cause. The proceeds from the "Paperlove" art works, which are being auctioned at Christie's - and raised 180,000 dollars on the opening night alone - are going to the Sylvester Comprehensive Cancer Center of the University of Miami for research purposes.

To some extent, with their diverse approaches, the works also seem like character studies of the participating artists. In the case of Antonio Citterio, a sheet of paper perforated with three-dimensional geometrical patterns exemplifies the beauty of perfectly cut paper. Tord Boontje has paper plants entwining themselves round a restyled old jam jar. Plants, thinks Boontje are no less fragile and determining of a life cycle than paper. Naoto Fukasawa transforms the packaging of a 500-sheet pack of A4 paper, such as you can find in any copy shop, into a rectangular paper lamp. Ronan and Erwan Bouroullec fold brightly-coloured gift-wrapping paper to make a sweet little elephant, and thus draw attention to the fact that the significance of voiceless pachyderms is just as easily forgotten as that of the long-suffering and silent paper. For "Paperlove", Tokujin Yoshioka expands his innocent, white snowflake motif into a poetically ephemeral paper cushion to hang on the wall and Zaha Hadid, whom one would hardly ever associate with traditional materials, presents, in paper relief, an architectural model of the Neues Casino in Basel.

Even though, despite the serious reason behind the initiative, hardly any limitations were imposed on the ideas, only a few artists have picked up on the fight against cancer in their works. Marcel Wanders focuses on magic and mystery, Ernst Gamperl has pasted a collage of newspaper cuttings on a circular table; its shape consciously alludes to the motif of the bobbin for the thread of life. The chalk drawing by Ron Arad shows a red heart "to be taken possession of", a heart-shaped arm-chair which invites you to sit back, because paper is indeed also a repository for memories.

For Ingo Maurer, on the other hand, the heart we know well from some of his other lamp designs, now beats in a clinically aseptic plexiglass box. Only Ilona and Chad Oppenheim, however, have taken the "art of paper" to its limits; inspired by Shel Silverstein's wonderful story "The Giving Tree", they simply presented a tree stump - a harbinger of what is yet to emerge from it: paper. 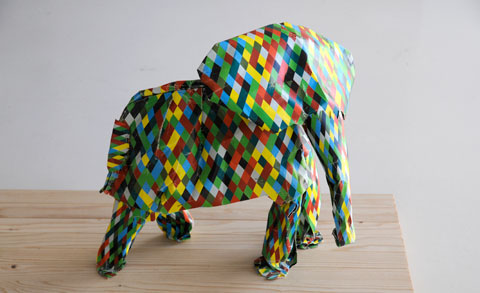 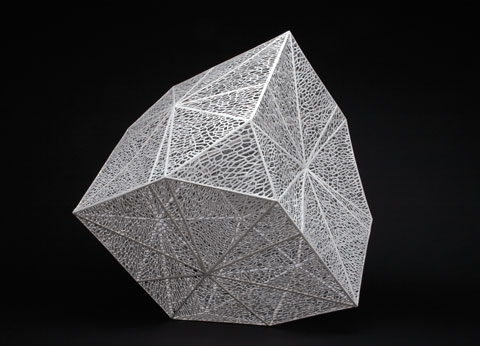 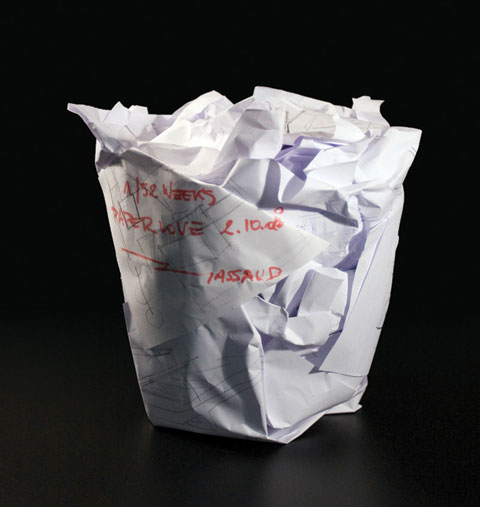 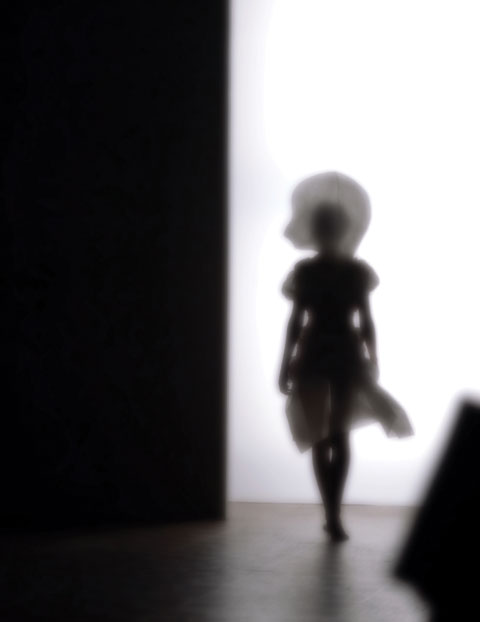 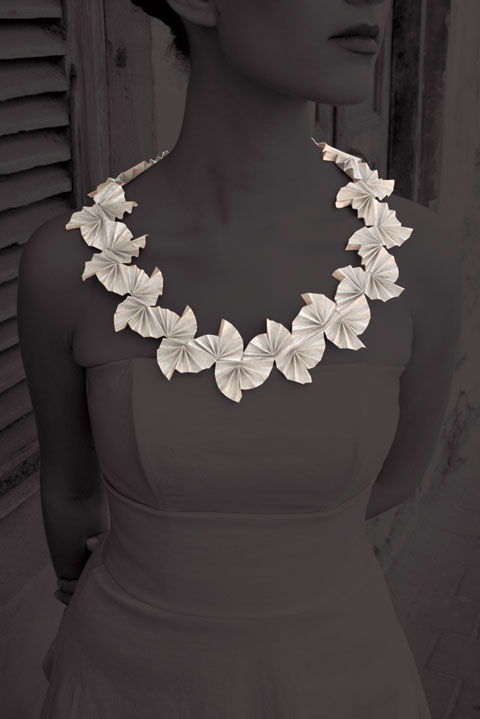 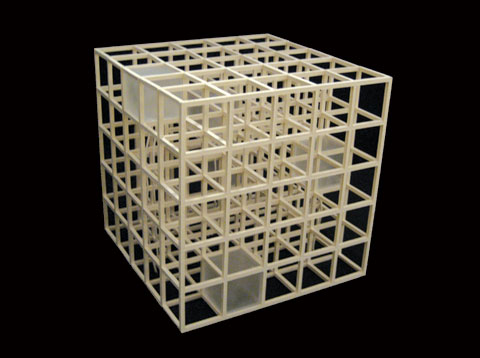 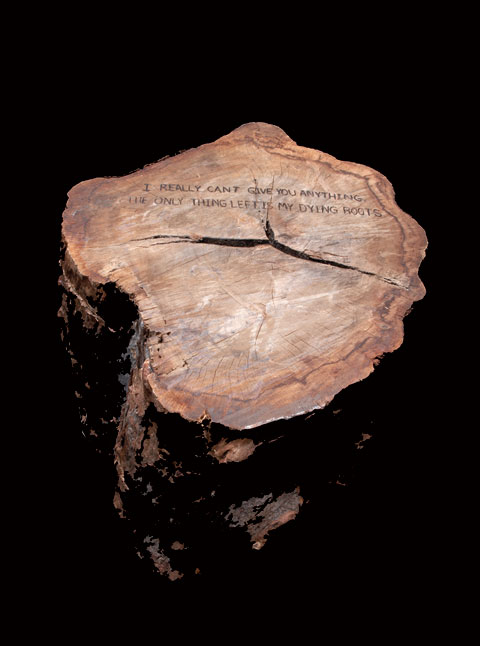 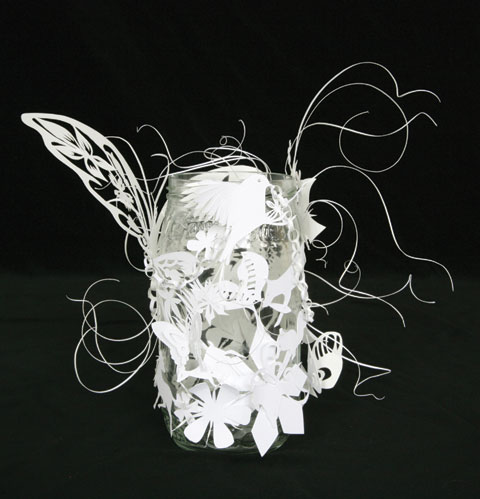 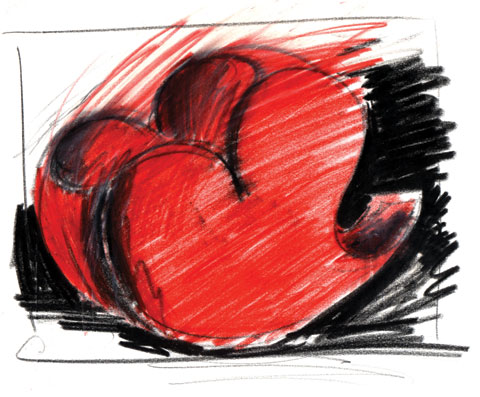 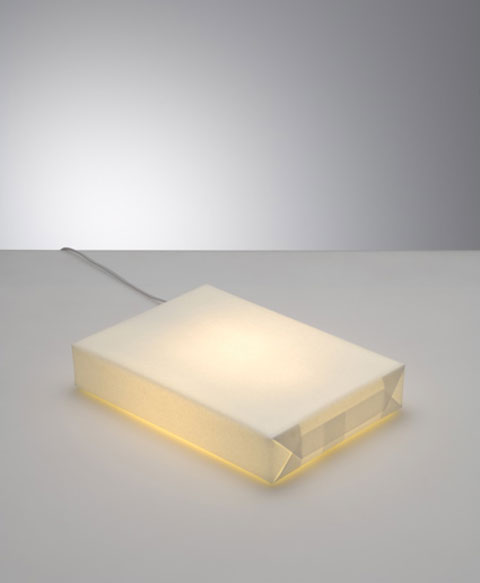 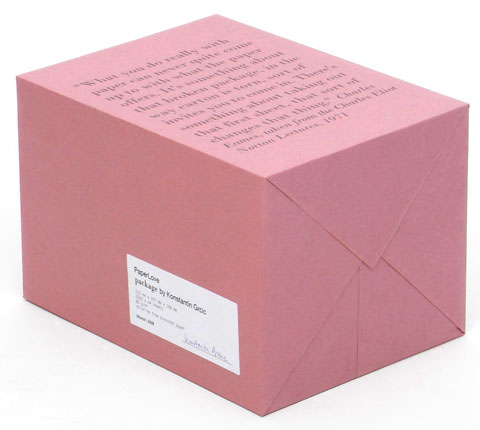 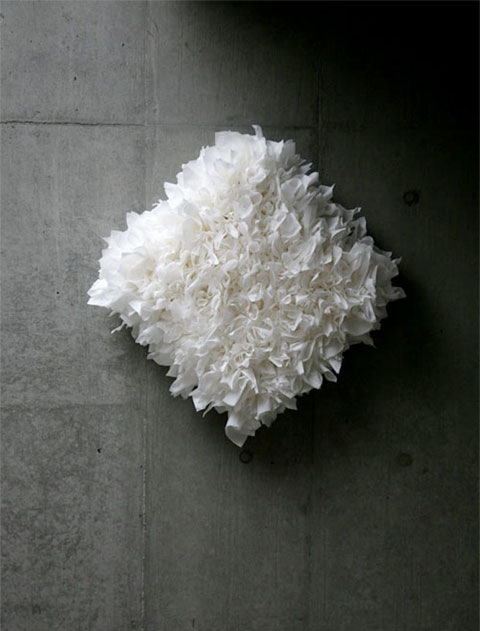 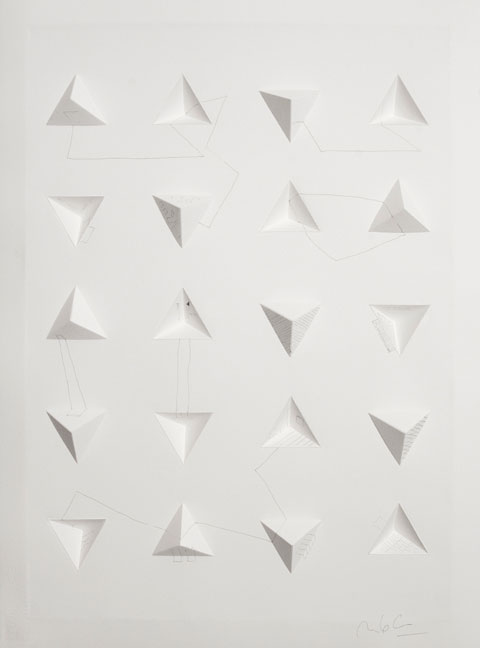 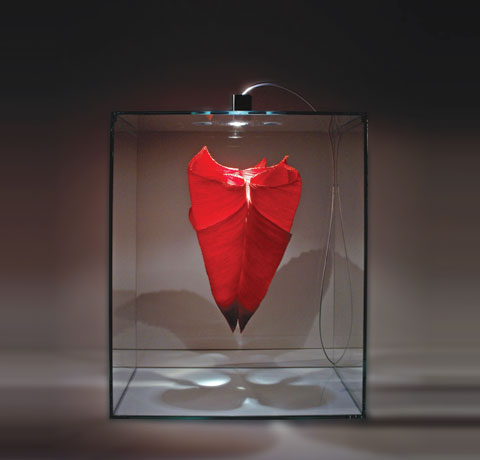 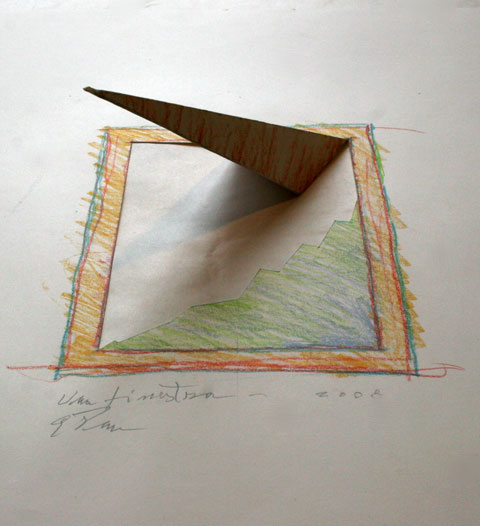 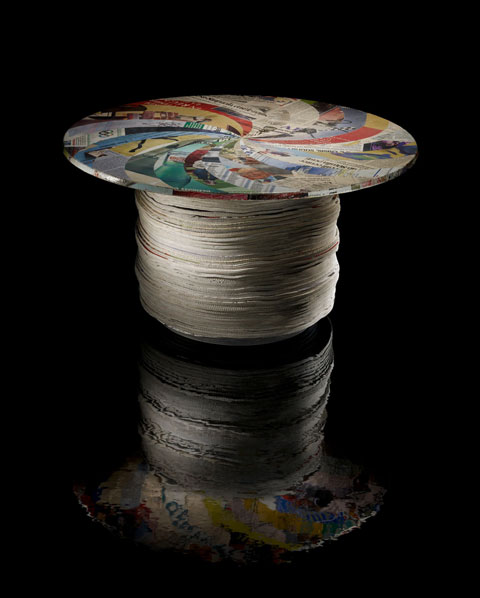 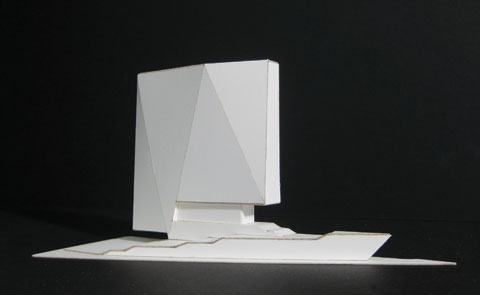 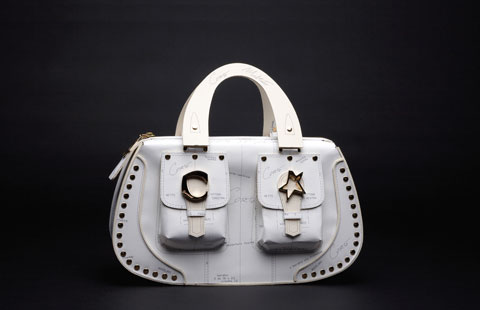