FEATURED STORY
Thinking all round

“My intention for Plug & Light was to create the foundations on which light, space and technology could meld in such a way as to lead to a new and inspiring awareness of how we can use an element that accompanies us throughout our lives,” comments light planner Tobias Link. The result: The concept for an all-round lighting socket that can be flexibly and easily expanded. The light fitting is docked onto a magnetic base that can be attached to the wall or the ceiling. If you want a different design or a different light color, then you simply remove the light fitting at the twist of a wrist and insert a different one, regardless of whether the luminaire is in operation or not. Moreover, the LEDs can be dimmed softly, without any flicker. Since Plug & Light will in future be compatible with many smart-home systems, even the controls are easy to use. Insta, the OEM partner for building controls and light, teamed up with Tobias Link to realize the system and first presented in public two years ago at the Light + Building 2018 in Frankfurt. Manufacturers Gira, Jung and Brumberg then incorporated it into their switch and luminaire series. Clearly attesting to the validity of the approach underlying Plug & Light – to ideally combine expert knowledge from different fields. This year, six new partner companies will be expanding the successful range to include countless new light fittings and possible applications.

“Plug & Light was from the very outset conceived of as an open network that thrives on flexibility and diversity,” explains Christina Lindermann, Business Development Manager at Insta. As a result, the design focus of the new luminaires for Plug & Light cuts across the entire creative spectrum: Axolight joined forces with designer Sara Moroni to advance the lighting sculpture “Liaison” – formally it relies on a soft arc that dynamically remains in balance. COR integrated Plug & Light into the fittings for its “Scope” seating – the elements of the latter can be swiftly and efficiently transformed into islands for meetings or for concentrated work. Grossmann has actually devised an entire series: “Connect”, which is made of colored anodized foamed aluminum, boasts ceiling, wall and pendant luminaires. The shades and reflectors can be changed at will to fit new requirements. Moreover, thanks to the large selection of brushed metal surfaces and colors, the luminaires can be individually adapted to the respective interior. The idea that Ingo Maurer came up with encourages playful joy and hinges on an entirely new design concept for Plug & Light: “Orbittu” has a swiveling, oval reflector sheet in warm orange that reflects the light directly or indirectly – depending on which side is turned to face the lamp. Nyta has entered the collaborative effort with not one but two different fittings that spell advances to both “Pong” (a pendant luminaire) and “Tilt Wall” (a wall-based luminaire). With its semi-circular share and minimalist form, “Pong” distributes light pleasantly across a room, while the funnel-shaped “Tilt Wall” can simply shine light in whatever direction is desired as the funnel can turn on its own axis. SG Leuchten has chosen its purist pendant luminaire “Tube” for the project: The cylinder shape with its clean lines focuses the light carefully, whereby the range of interchangeable front rings allows precise accenting. “The manufacturers were free to design the products as they wanted, which is why the joint results range from luminaires with pared-back forms right through to light art,” Lindermann suggests.

Not to forget that the old hands at Plug & Light are likewise presenting many a refreshing idea this year: In its sixth series for the light socket Brumberg has combined precision and movement: The cylinder rests on a swivel mount so that the angle of light can be changed gently. In addition to existing switch designs from the Gira System 55, Gira is also presenting new surfaces such as Gira Esprit Bronze (PVD). Jung is also offering new opportunities for the light planners: All the variants in its “LS” and “A” series are compatible with the Plug & Light. Indeed, Insta itself is this year proudly launching the lighting socket in round on-wall or flush-mounted versions. 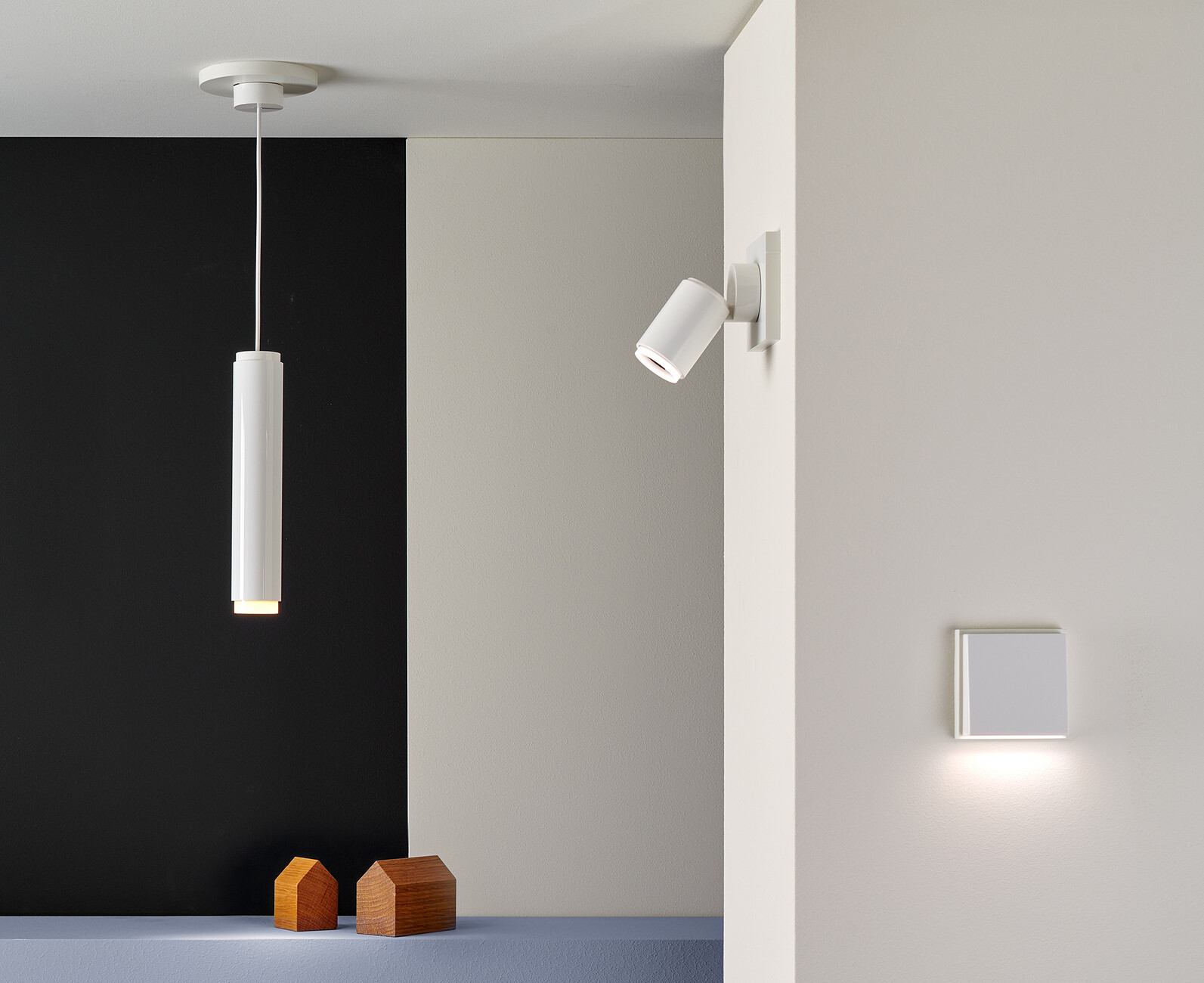 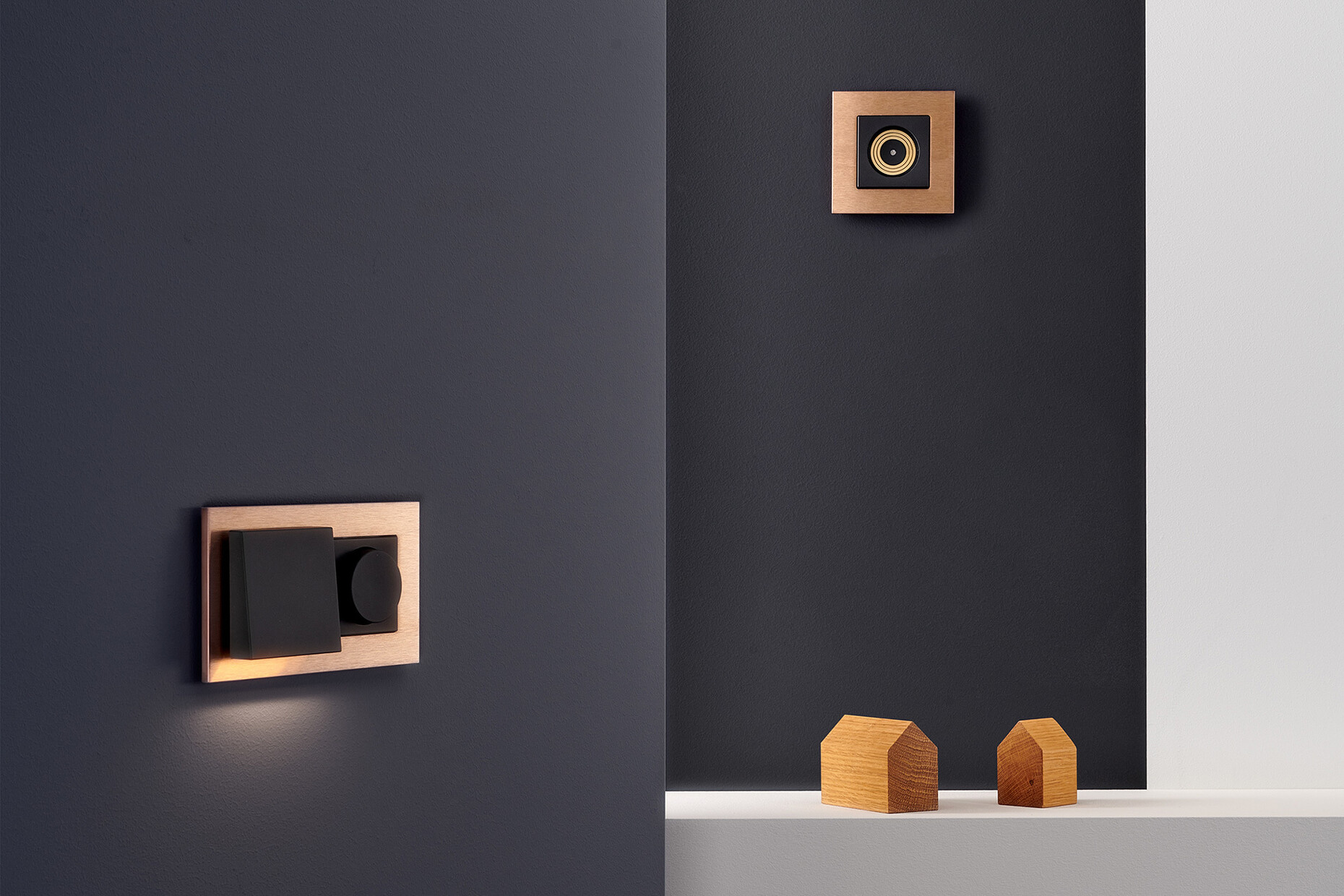 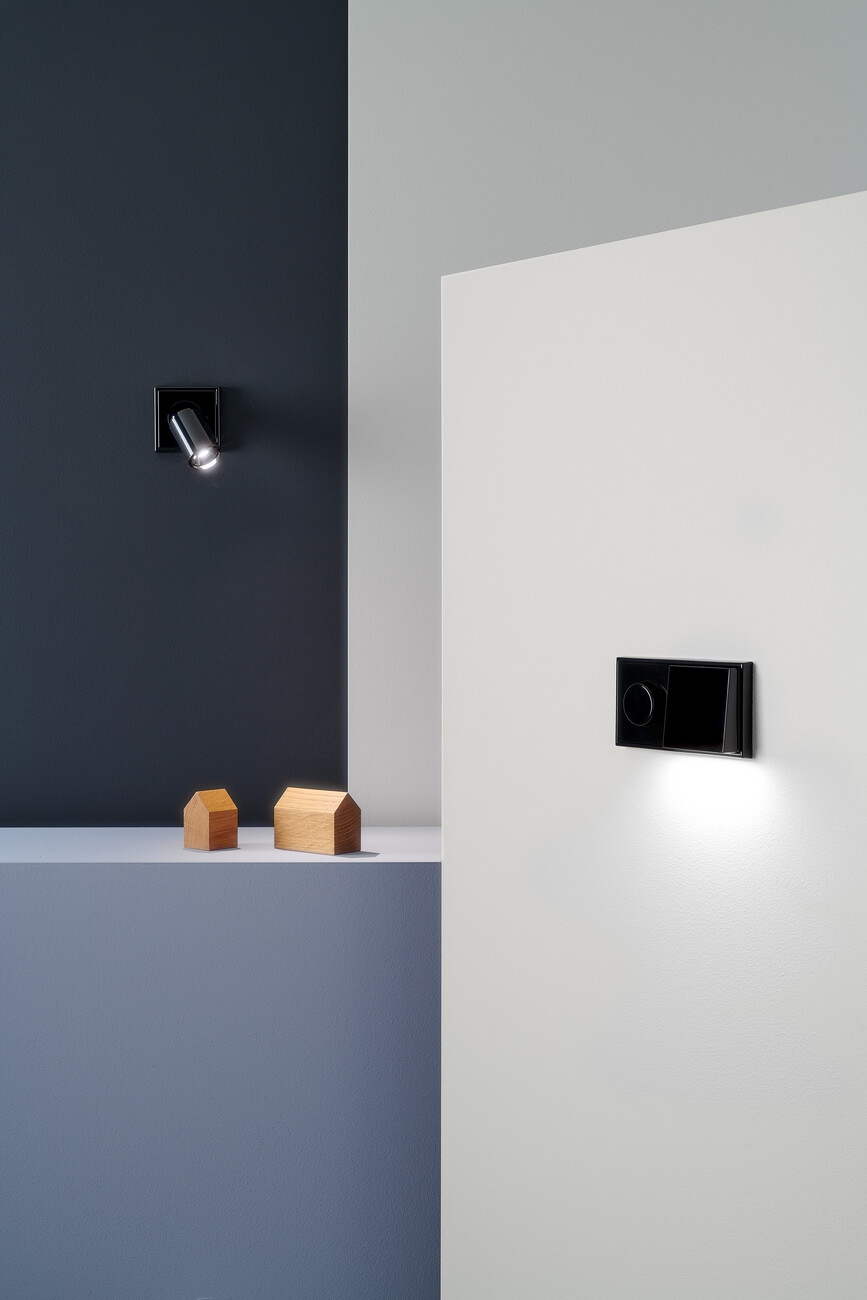 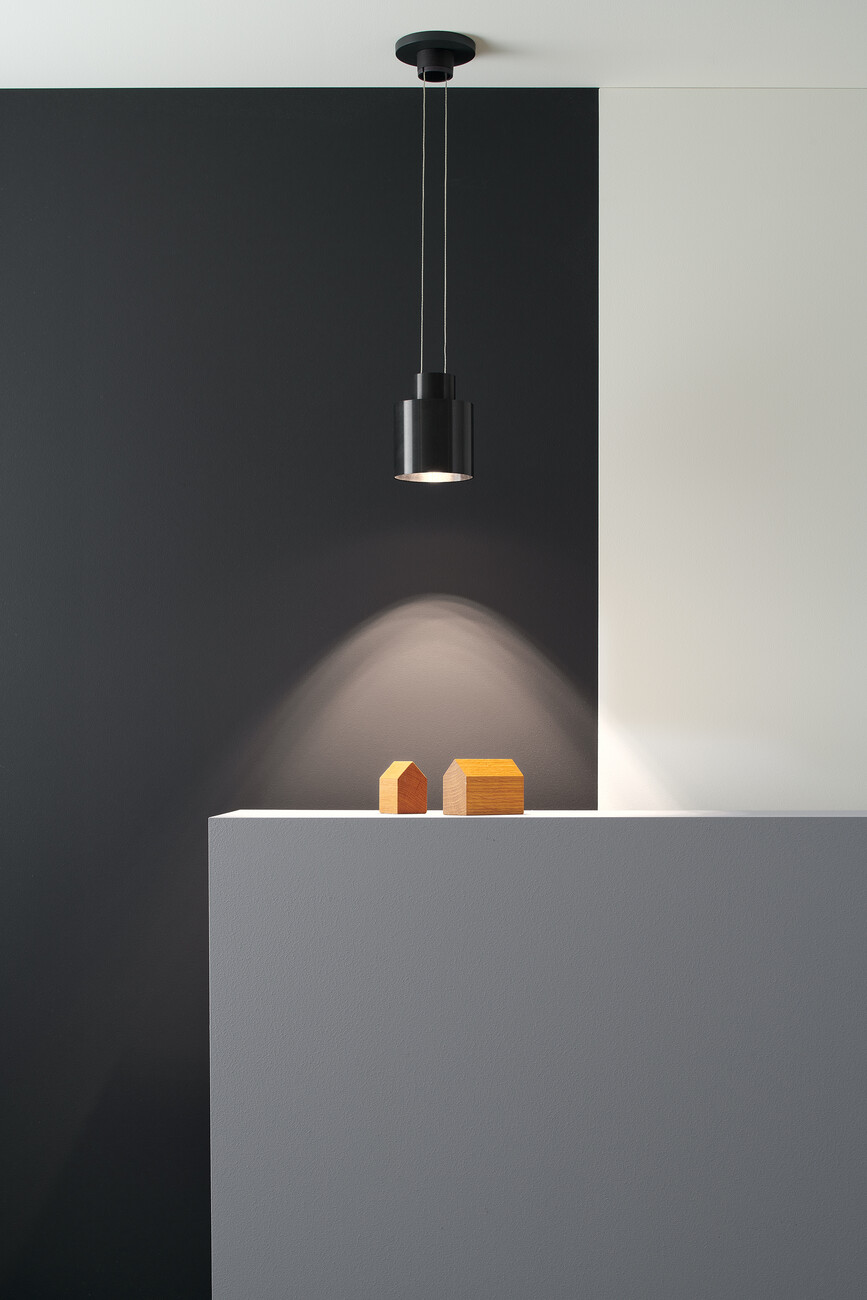 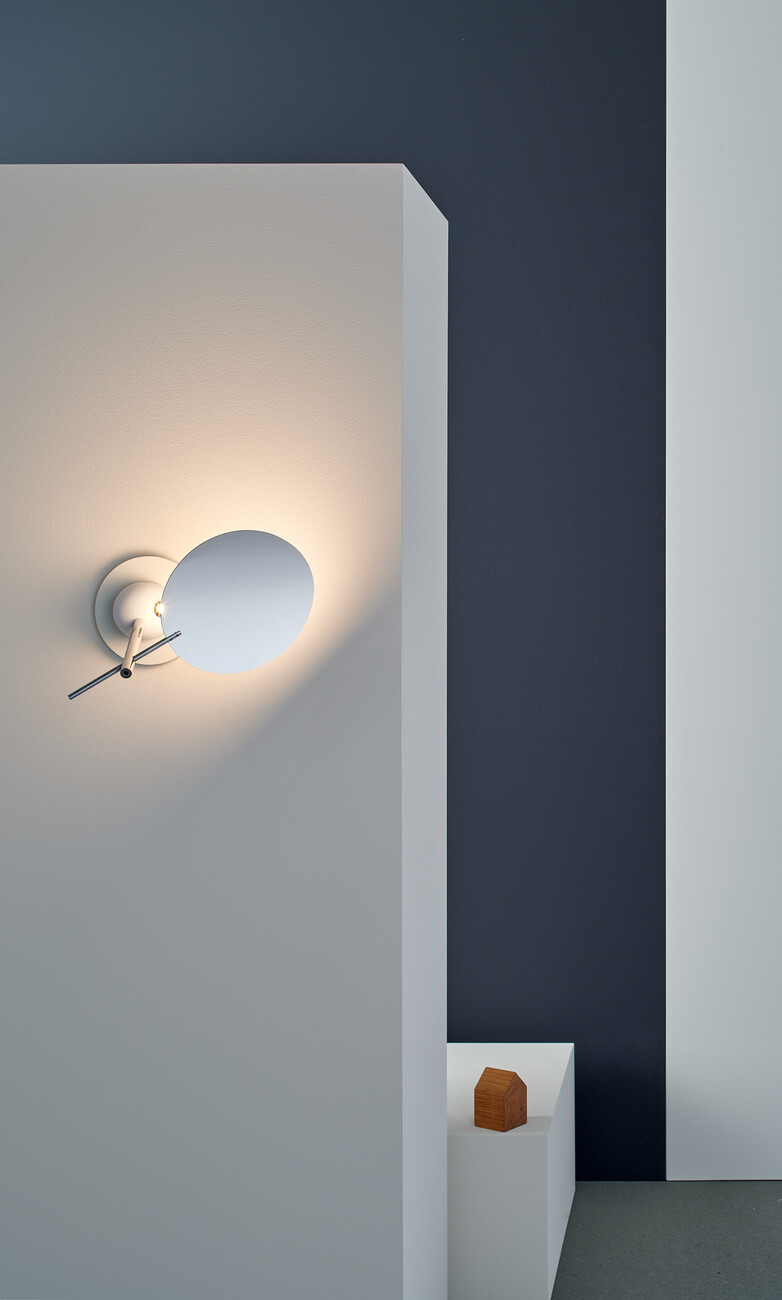 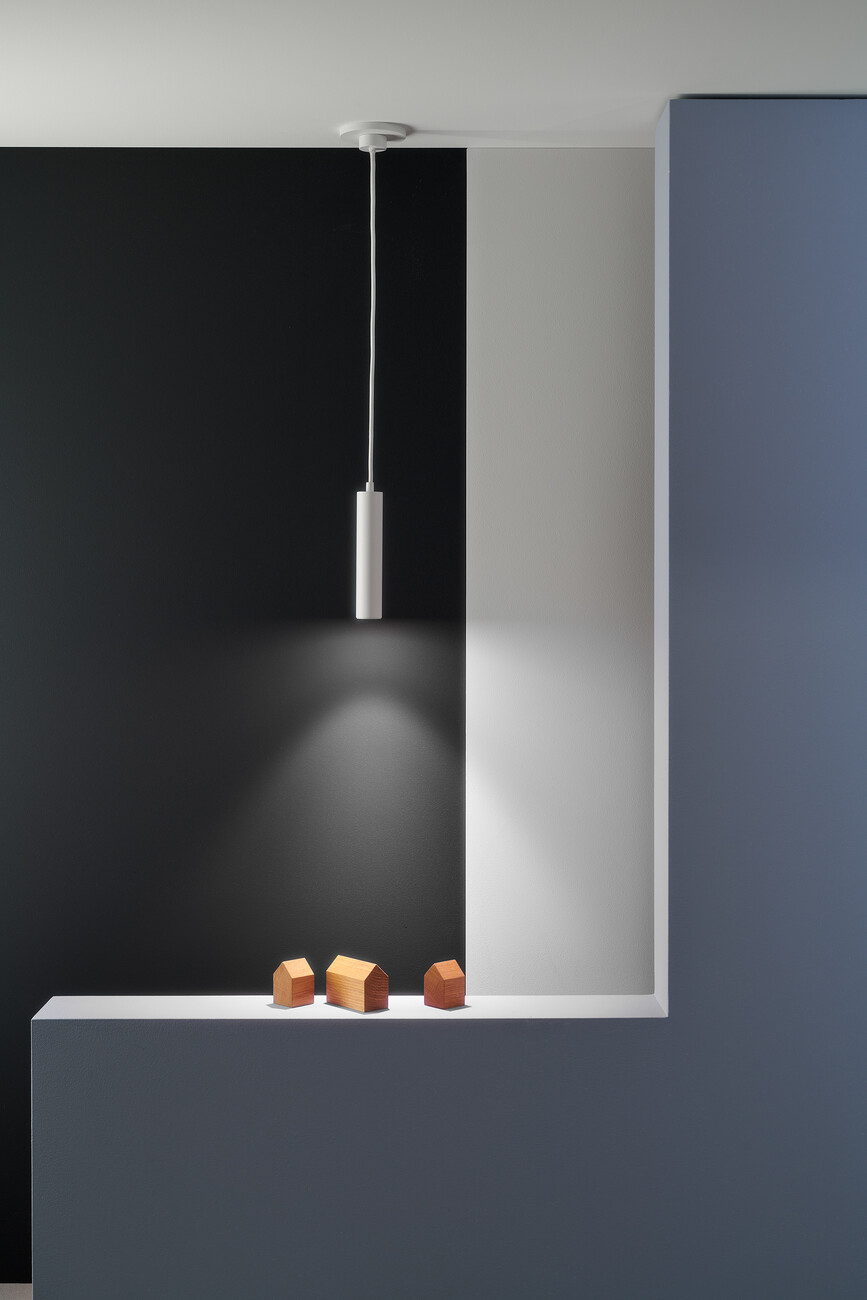 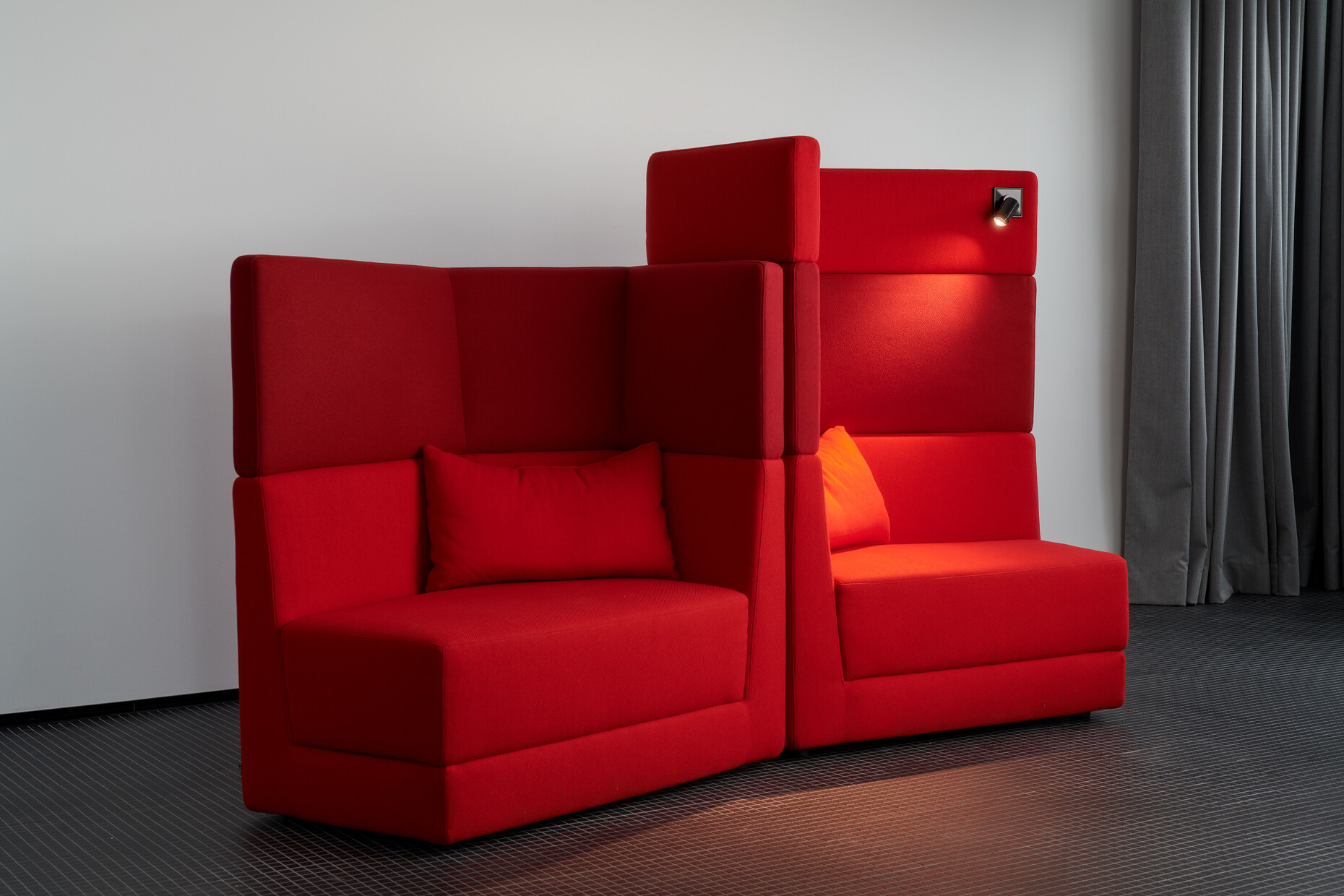 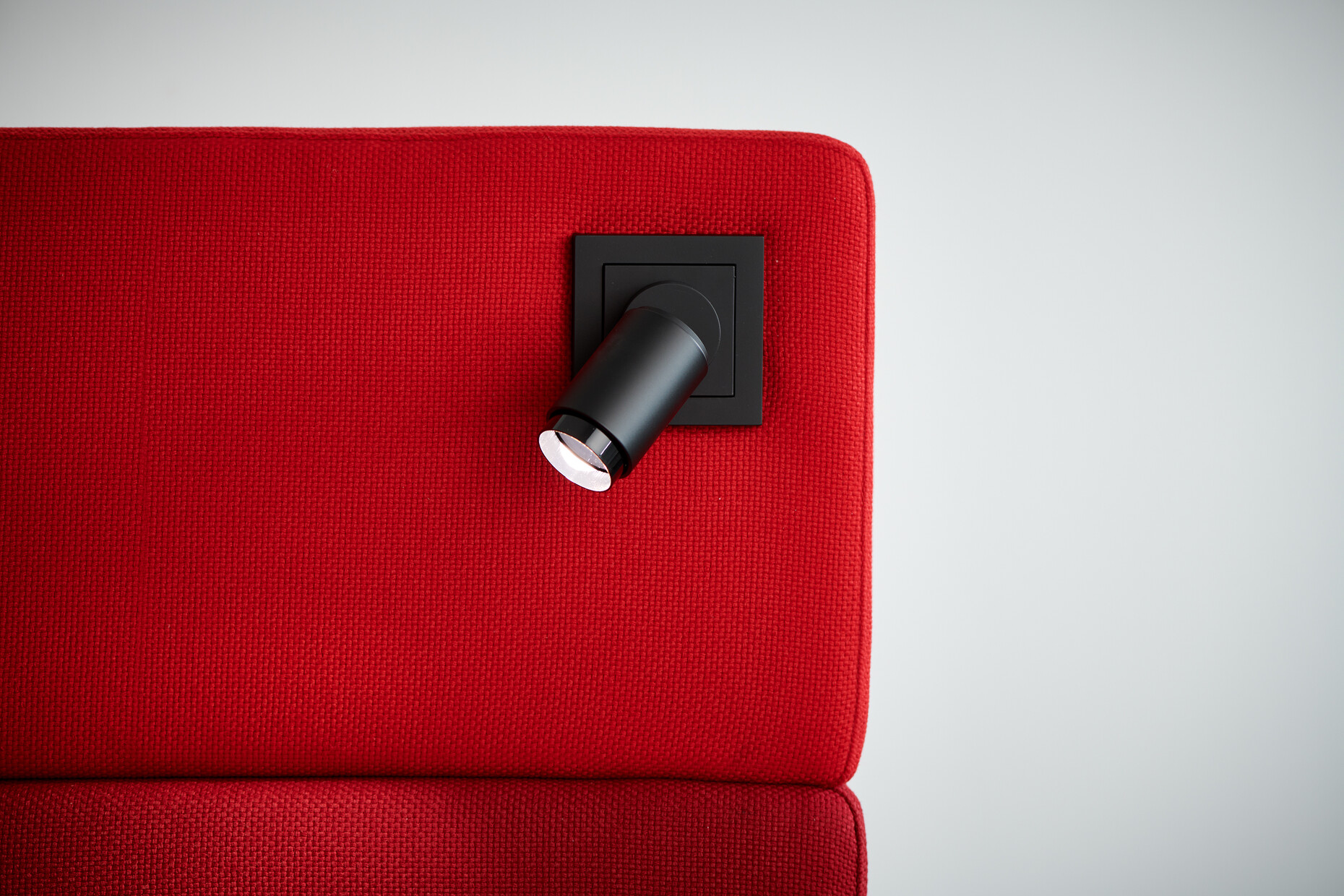 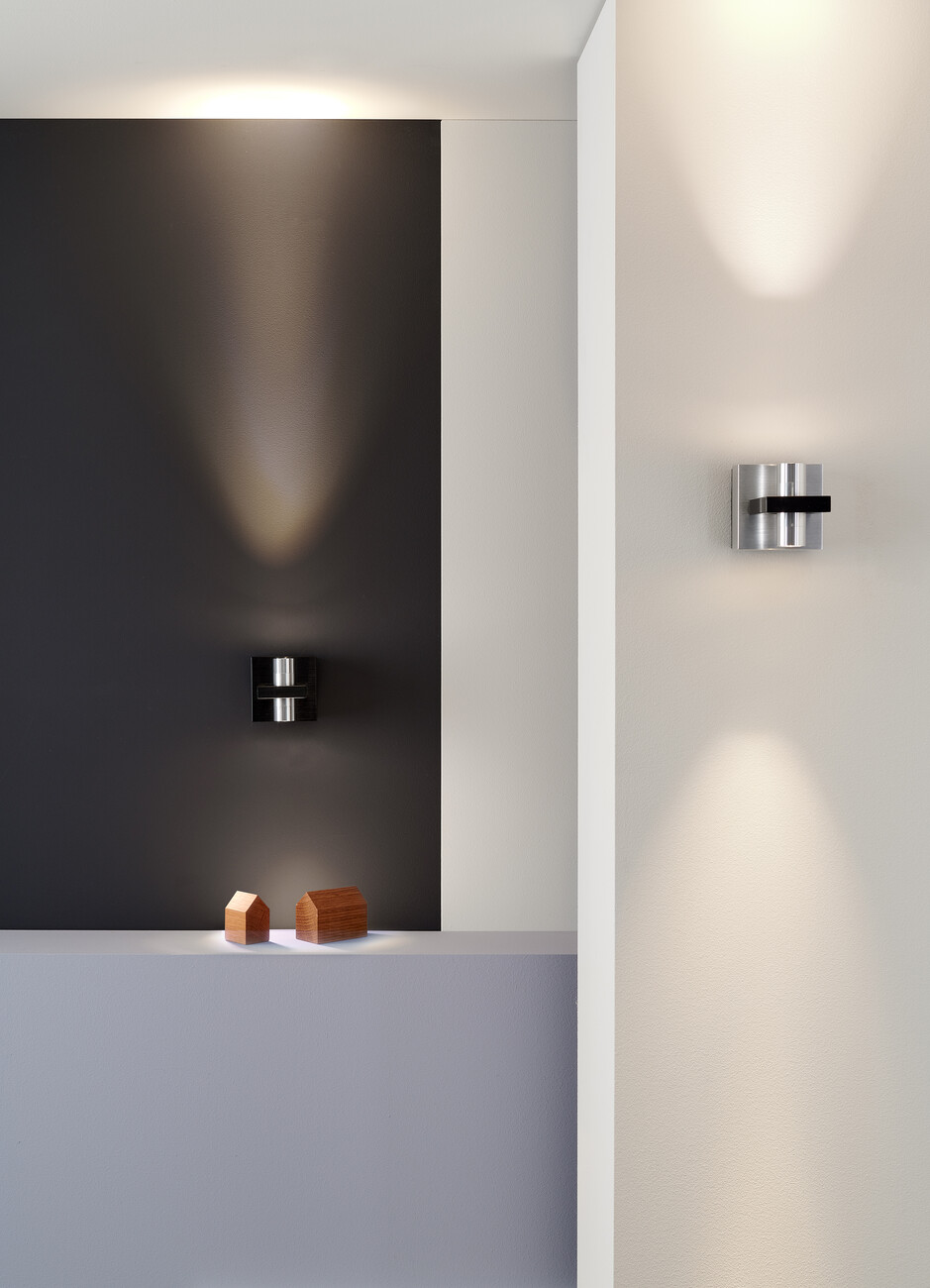 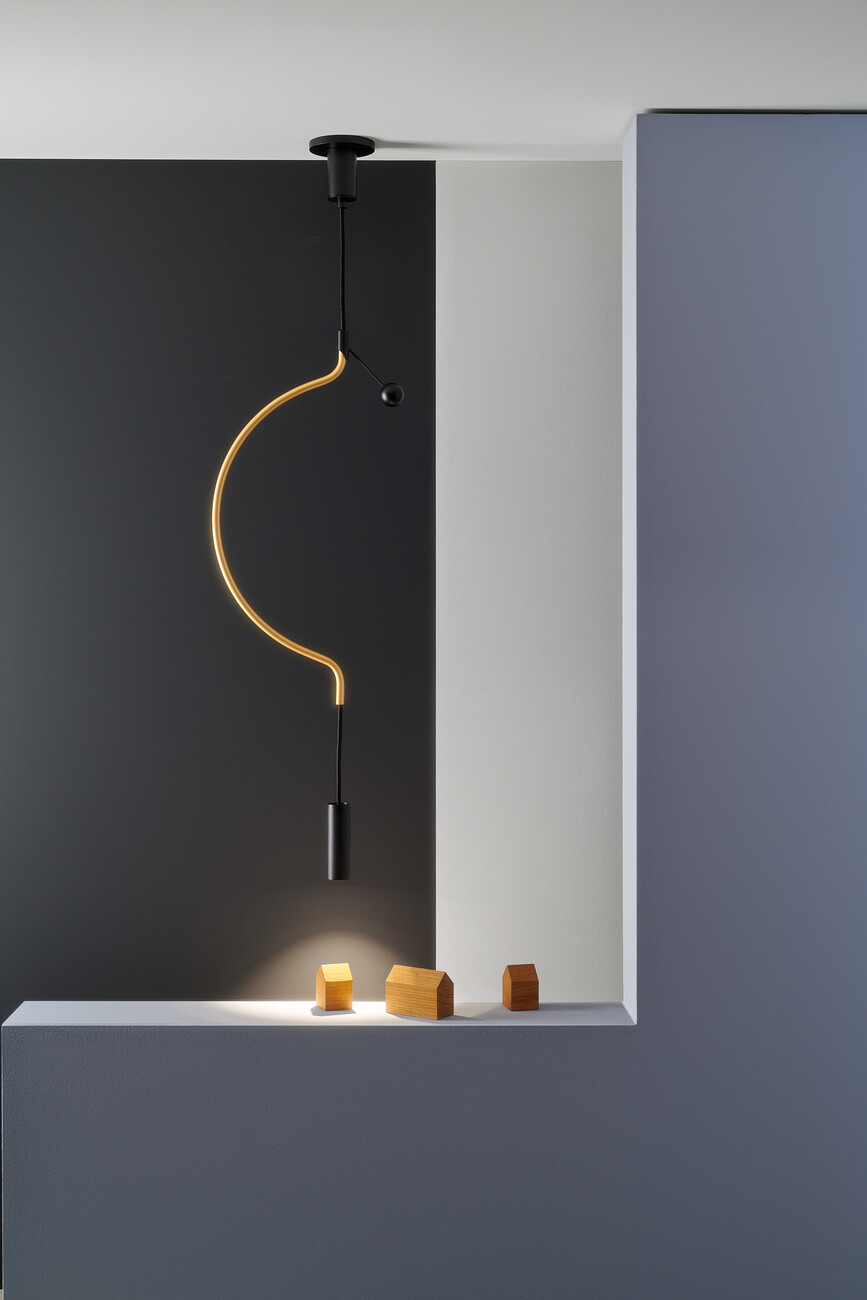 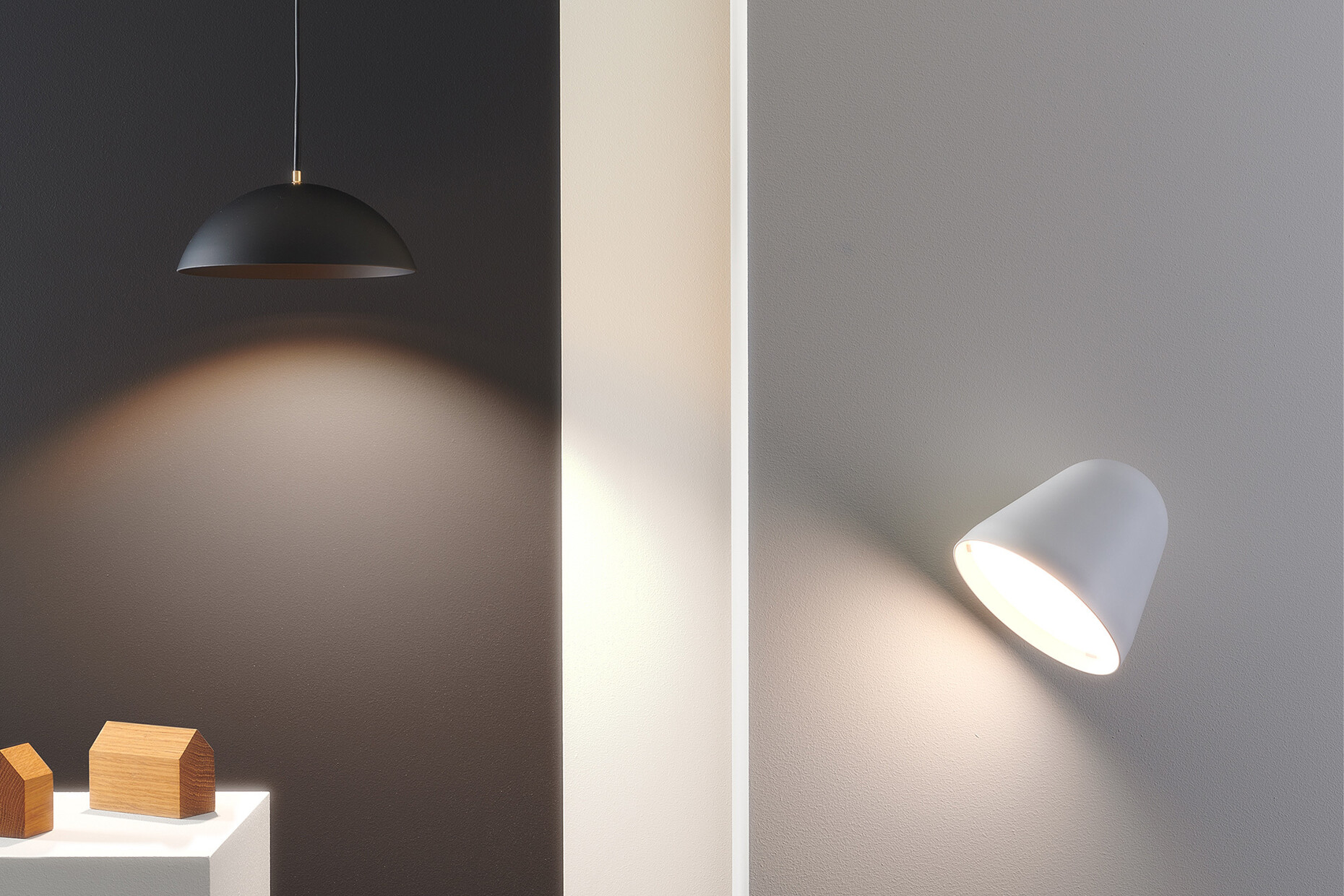 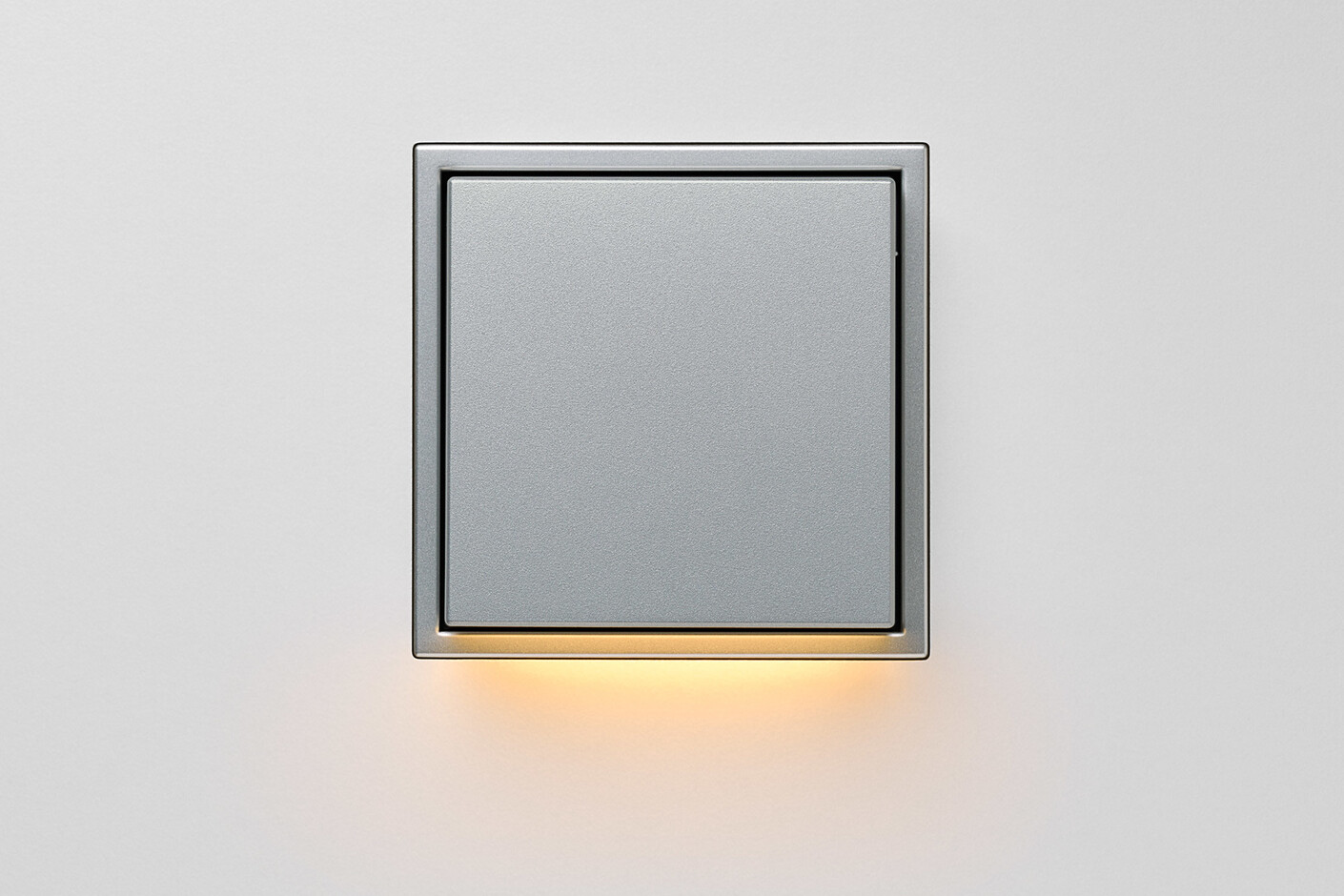 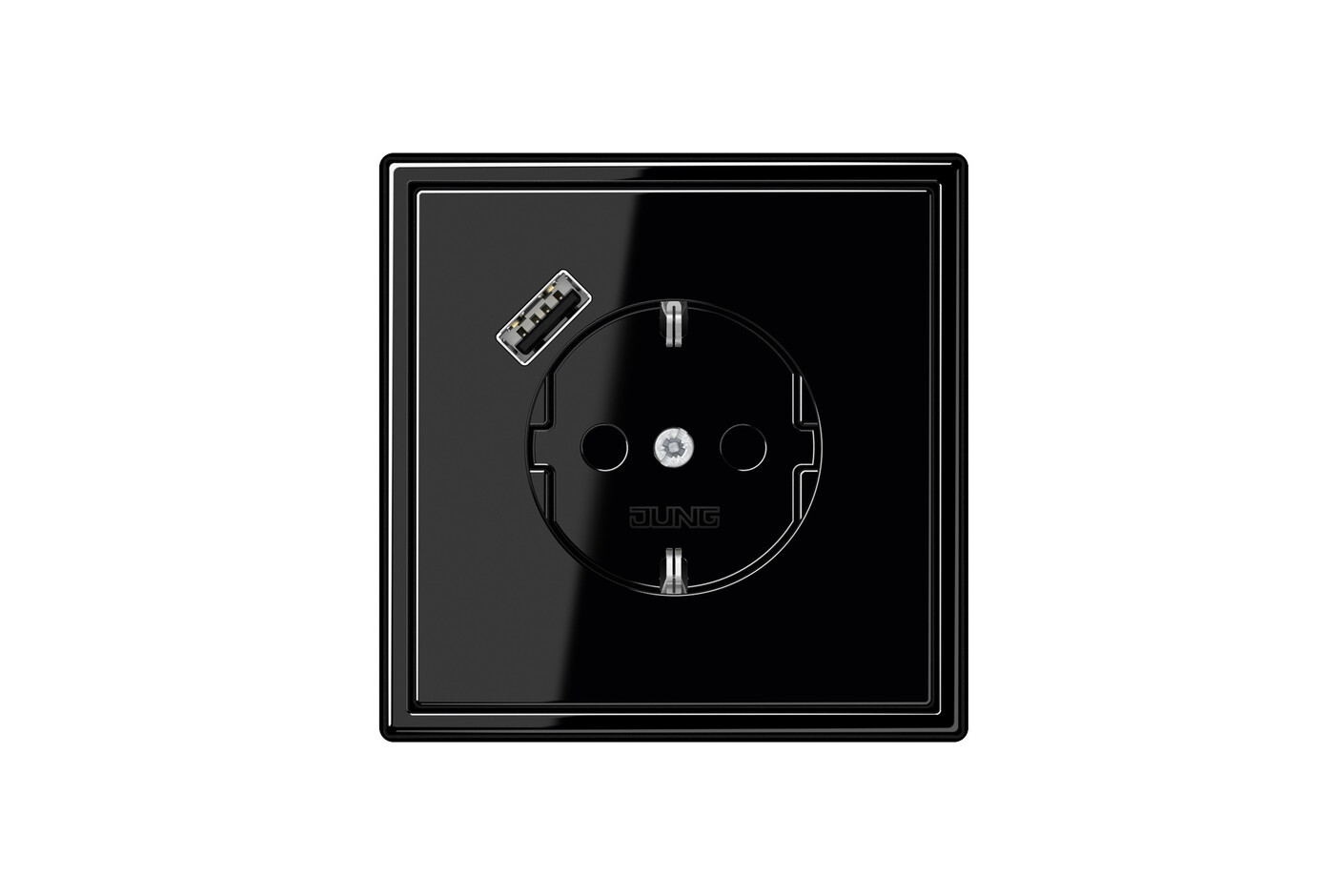 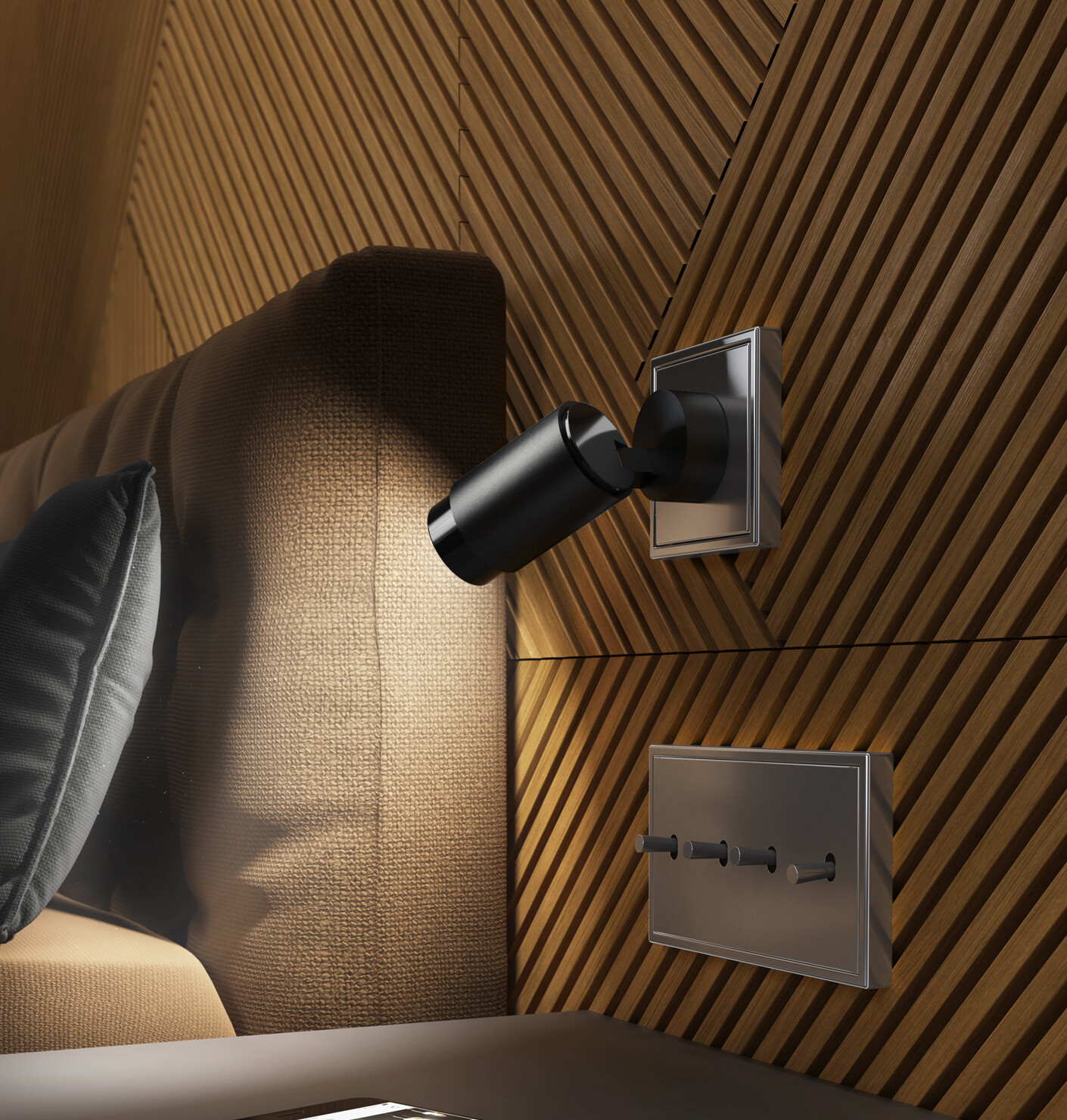 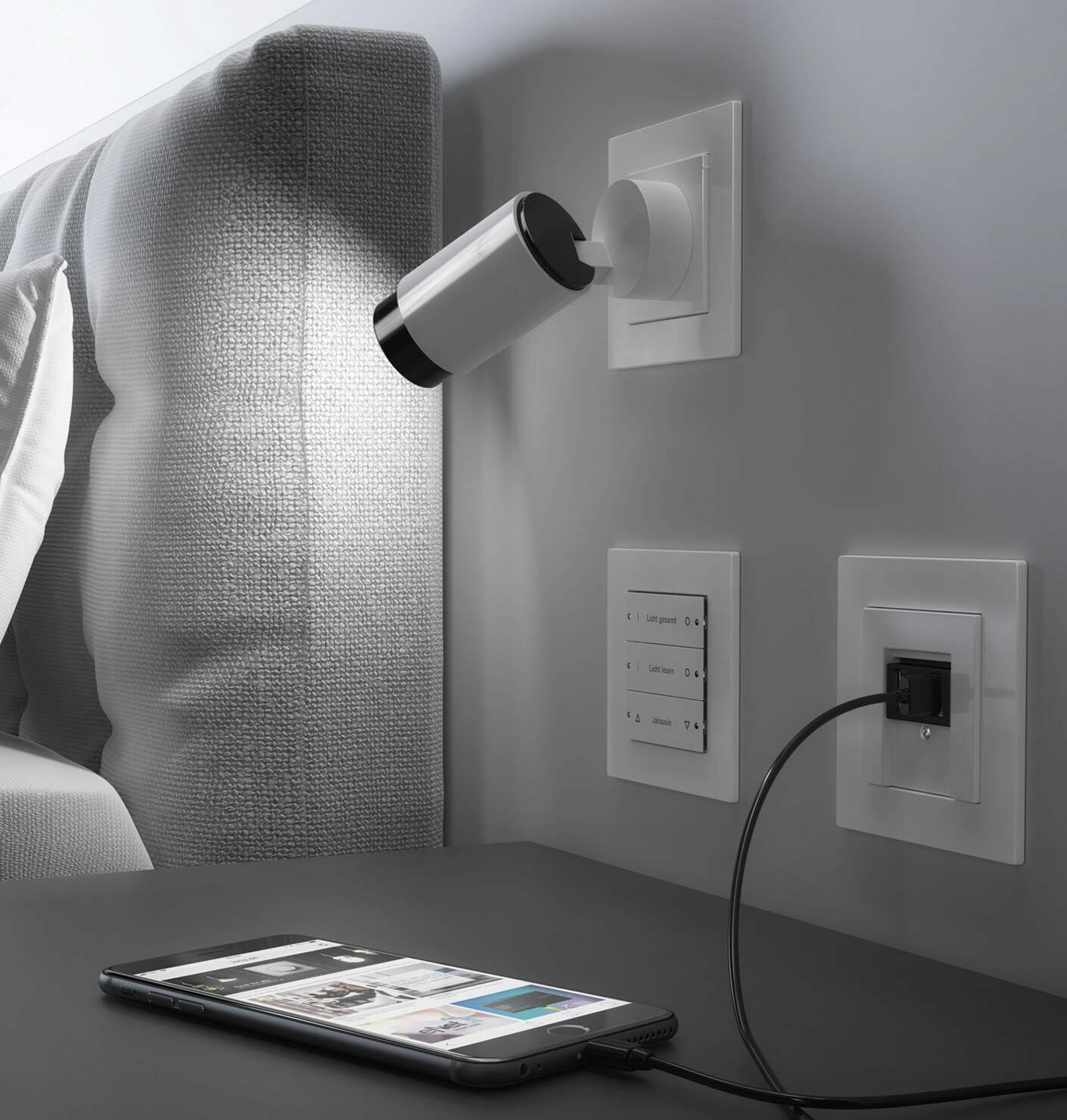 The world’s leading trade fair for light and building services technology is currently drawing international trade professionals to Frankfurt once again – which solutions for intelligent building technology can visitors expect to see from Gira? We found out for you.