Driving a car is a matter of physical sensation, irrespective of the immense effort that has gone into technical developments in recent decades to reduce the impact of the raw physical forces that are always exerted. In proportion to the increase in horsepower in even the most drab of family limousines, the sensation of risk has been lowered. You can, at least in Germany, drive faster than ever before without really noticing it in the car. There is a great discrepancy between real and felt speed. Not until you have an accident and crash does the technical sense of safety get dispelled and does physical reality return quite mercilessly. Not until the crash is the body reminded all too painfully of all the forces that it has been exposed to so comfortably or pleasurably, depending on the car.

Now we surely cannot expect advertising to put the finger on or even criticize this state of affairs. Instead, it increasingly works on the appearance. And yet for all the aesthetic patterns that it uses now and again involuntarily certain aspects of all this creep in to things.

Traffic flow is, like the flow of conveyor belts, always a matter of body flow. And thus the body emerges more clearly as the motor of progress in societies that can be considered less developed in terms of the general system of wellness they offer – and as its victim or as subject to wear and tear by it. And so they speed, from sunrise to sunset, those never-tiring body-machines, linked to buses or cars as if functional parts of them. What fuses into a unit i the morning stays together all day long. People turn like wheels, are drive and driver in one. They are linked like cogs and form entire factories and production lines. Surprisingly, I am not talking about car ads. Man himself has turned into a machine, albeit into one that can still feel pain. Only the holy Indian cow remains untroubled in this commercial and gazes in astonishment at the toings and froings. And it is not religion but a painkilling cream that helps out. And the song.

How different the human body in the commercial for Audi. Here, too, there are no individuals and the bodies are but parts of a larger whole. In an acrobatic power play they form the headlights, ignition and drive of the fast car. Skillfully directed man and not abstract horsepower is at work here. What could, as an idea, have seemed light and fun, quickly morphs in this aesthetic of harsh metallic b/w into something threatening. Like con rods, pistons and cam shafts, the gymnasts gyrate around the bar under the diktat of icy perfection. Like functional parts of living images, as are used by totalitarian states at mass events to demonstrate their powers over the individual, the one links with the other, each individual body is subjected to a function assigned it in the greater whole. Thus, the slogan of “Fortschritt durch Technik” contains the notion that the body can painlessly be turned into a part of a machine. Medicine handles the rest.

That’s the way they are, these modern times. Even if much has changed ever since Chaplin’s “Modern Times” back in 1936, the body (and of late increasingly the soul, so battered by stress and too much effort) remains the preferred venue for progress. No less than back then, in fact probably more so, in modern times, and specifically today, life is a matter of shifts. Mixing old and new, connecting the most differing aesthetic patterns within an ahistorical space to areas in which we not expect them. This is the way that those forms of social production linked to the production of desires dress themselves, and, depending on the cultural context, the costumes vary considerably. 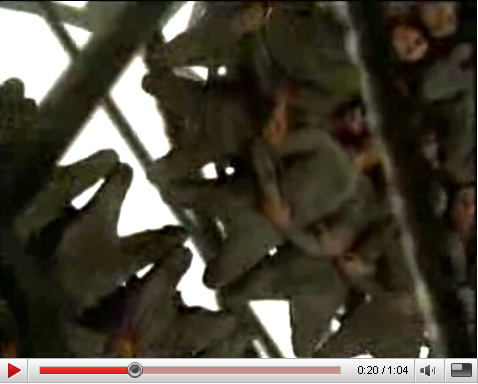 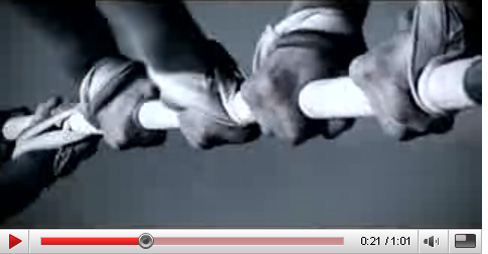