Angular, square, orthogonal, sober, unemotional - system furniture, which from the 1950s became emblematic of functionalist design, embodying everything so deeply detested by critics of functionalism. Rigid and rational, these designs sought to demonstrate respectability, wished to take a back seat and blend in, subtly and quietly do their job, and, as "good forms" they were always keen to express a certain air of moral superiority. At the famed Ulm College of Design, such ideas as modularity, stackability and multi-functionality were for the first time analyzed in detail and translated into more or less functional products. The concept of "system design" was born, which today is associated with such major figures at Ulm as Hans Gugelot, and along with it came the image of a standardized and linear design world. The latter, purportedly lacking any fun qualities, provided the perfect target for the attacks that came from the critics of functionalism: nothing but gray cubes! That said, even during the Postmodernist era system furniture was never written off completely, but it certainly has gone out of fashion in avant-garde design during these last few decades: Few and far between were those who were not fed up with the sight of offices clad in USM Haller interior designs. And who would happily arrange landscapes composed of Flötotto profile systems, something that was already done in the 1970s?

Nonetheless, grid patterns, straight lines and system furniture returned with a vengeance not so long ago. And just as Ulm designs could only be considered avant-garde in the context of kidney-shaped tables and floral ornaments, today sensible system furniture in a time of diva-like individual pieces has the feel of deliberate alternative design. The fact that Stefan Diez recently designed for the collection from Established & Sons (of all the makers it is they who have to date primarily focused on high-profile one-of-a-kinds only!) "New Order", a modular shelving system that in this context stood out as a sophisticated and modestly pared-down design, was a clever move indeed. In spring, Naoto Fukasawa likewise presented a modular shelving system for Artek that according to him references the aesthetic of building blocks. The "Surface" side tables by Belgian designer Vincent van Duysen for B&B Italia are with their graphic strictness reminiscent of Mondrian's geometric patterns or the furniture designs by Donald Judd, and with their delicately balanced proportions and material combinations they indeed convey much of the former values of functionally reduced design. Finally, Mika Tolvanen from Finland developed with "Jono" for Zanotta a simple shelving and storage system made of steel plate. The individual modules can be connected by magnets and therefore arranged either in a linear formation or in clusters.

A growing number of up-and-coming designers are immersing themselves again in system furniture and modular structures, subordinating entire bathrooms to grids of tiles or taking their cue Dieter Rams' "606" system as regards their shelf designs. Indeed, Rams is a role model not only thanks to Apple. Once thought of as old-fogies and dogmatic, the functionalists have long since become the new idols of a young generation of designers that considers functional designs not sober and aseptic but classic and sexy. A trend that resulted in Dieter Rams' recent rediscovery, alongside with celebrating such architects and designers as Sep Ruf, Egon Eiermann, Dieter Waeckerlin and Horst Brüning with exhibitions and book publications, or declaring them the new favorites of ambitious design collectors. All those 1970s re-editions and retro borrowings so typical of "space-age design" are now being followed by re-editions of designs by such functionalists as Herbert Hirche at Richard Lampert or Hans Gugelot at habit.

Seemingly liberated from all dogmas, the simple forms of Modernism have today turned into landmarks of design history that not only serve as models, but are moreover being boldly reinterpreted. Just ten or 20 years ago, designers who redeveloped a functional piece of system furniture were thought not to have liberated themselves sufficiently from the dogmas of functionalism and the all-overpowering Godfathers of Ulm. Today, the rediscovery of principles such as stackability and modularity, of systematic concepts and formal simplicity is symbolic of the search for sustainable forms and, ideally, for a return to reason in design. However, it moreover represents a shift in the perception of Modernity, which classifies functionalism as a style, which is precisely not what it had set out to be in the first place. The same principle that already applied to some extent to the Ulm designs therefore also applies to the majority of the new designs, namely that demonstrating the genius of a highly sophisticated piece of system furniture is often more important than its adjustability, modularity and extendibility. A single piece of such a system can even as a clear standalone embody reason, longevity, durability and adaptability. Many new pieces of system furniture are therefore not so much rooted in neo-functionalism but an expression of a counter-movement to design art, one-of-a-kinds and limited editions, whose heyday ended with the financial crisis. And they are testimony to the realization that a sensible, pared-down object in a world of highly clamorous individual pieces can indeed be a visual oasis and even be seen as a radical stance. 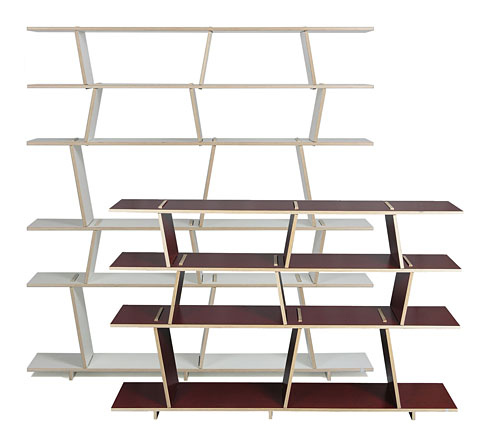 Else by Werner Gasser for Nils Holger Moormann 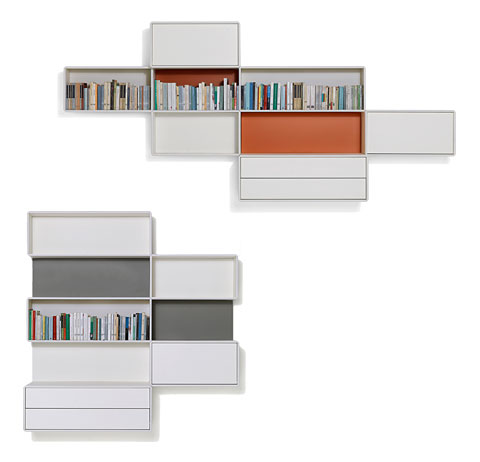 Alternata by Lemongrass for De Padova 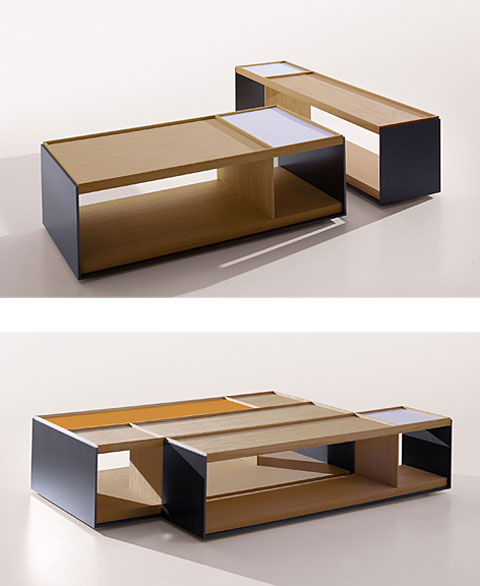 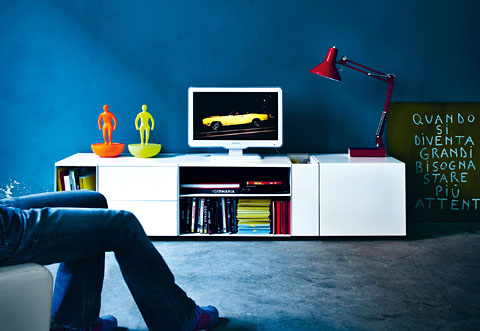 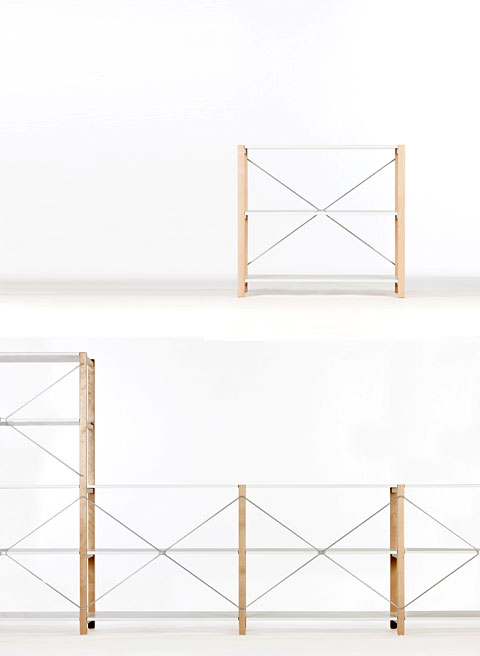 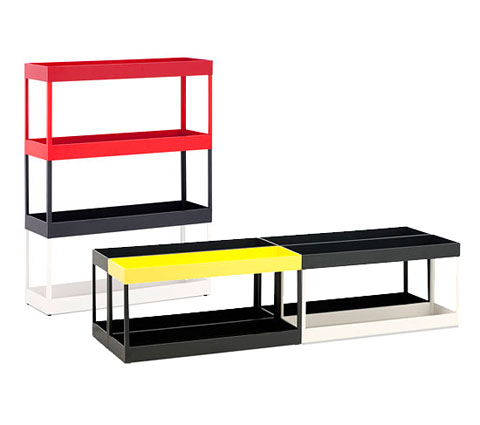 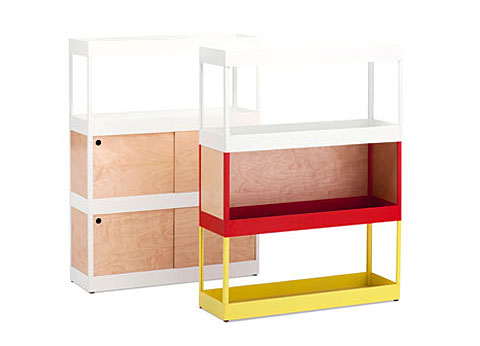 Multiuse by Angelo Mangiarotti for Agapecasa 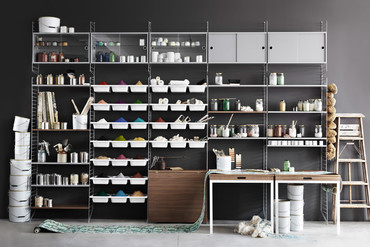 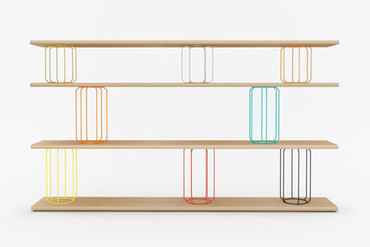 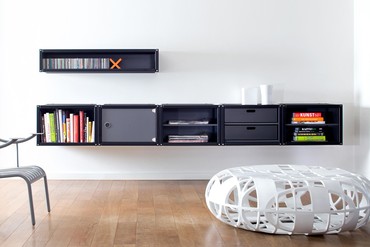 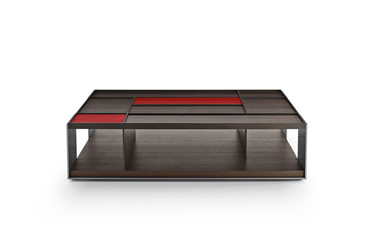