Suitcase manufacturer Rimowa is undergoing a comprehensive rebranding by its new owner LVMH.
by Fabian Peters | 10/17/2018

Time and again, urban regeneration, the much-maligned gentrification, is considered guilty of destroying the identity, spirit and soul of structures that have developed over time. Those who regret this tendency in districts and neighborhoods will probably be similarly sorry to see the processes taking place at traditional suitcase manufacturer Rimowa in Cologne – a feeling that has already been expressed several times in the press. But why is that?

In this country the aluminum suitcases by Rimowa are a status symbol of the “frequent travelers” who populate first-class rail carriages and Lufthansa lounges. Since the 1930s the manufacturer has produced luggage using the lightweight and stable material that got its characteristic ridged pattern in the 1950s – a bracing technique that was inspired by aircraft construction. The hardwearing Rimowa suitcases quickly became popular with those who wanted to travel off the beaten track or who had fragile items to transport: journalists, photographers and filmmakers, for example. Over the past few decades, Rimowa has acquired the status of a manufacturer that has always been able to justify its high prices in the eyes of customers through quality and longevity.

With the sale of 80 percent of the company’s shares to the French luxury corporation LVHM for 640 million euros in 2016, its owners, the Morszeck family, are consistently pursuing the path they had been following for some time, namely marketing their suitcases as a premium product. In the meantime, LVMH has put a great deal of energy into dusting off and repositioning the brand. Product designer Rochus Jacob joined the company in 2017 from Nest Labs, a subsidiary of Alphabet specializing in building automation, and is the new chief designer in Cologne where he is responsible, not least, for driving product development. The somewhat fussy advertising concept that had been pursued thus far – advertisements with Casablanca charm and Junkers aircraft – has been tossed overboard. The rather antiquated logo has likewise been replaced, along with the overall corporate design, by new designs from Mirko Borsche, which boast a very contemporary, very disciplined, but thoroughly coherent feel: a businesslike topography for a businesslike product. As a next step, the company’s own stores are getting a makeover. After all, LVMH’s strategy for Rimowa aims to largely organize sales and marketing via its own flagship stores. The advantages are obvious: full control over the brand image at the point of sale with an increased profit margin at the same time. It’s for this reason that contracts with the majority of Rimowa dealers in Germany have been terminated – a step that has naturally displeased many and was the main reason for negative voices in the press. The fact that this is countered by what is highly likely to be a strongly growing company with all the advantages that brings has been deliberately overlooked here.

Perhaps, however, there are other things about this reorientation that should provoke a negative reaction, such as the way the management under Alexandre Arnault, the son of the group’s founder Bernard Arnault, imposed a strategy on the company that has a lot to do with LVMH’s proven recipe for success and little to do with Rimowa, its history and its product. Hence – for a suitable price, one might assume – a series of cooperation partners have been acquired that recognize solely the objective of generating publicity among the group of strongly consumer- and fashion-oriented under-thirties, particularly in the USA and Asia. Hence a special edition was issued in cooperation with the New York streetwear label Supreme, which regularly allows its logo to be applied to products by other manufacturers, be it electrical appliances or bricks – currently a surefire recipe for success and media attention. Indeed, Louis Vuitton, the heart of the LVMH corporation, was forced to pay a fine to the New York City authorities a short while ago because the run of customers for the Supreme collection paralyzed traffic in front of the brand’s flagship store. The Supreme Rimowa suitcases apparently sold out after 34 seconds.

As his next heavyweight, Arnault engaged Virgil Abloh, close friend of Kanye West, founder of the Off-White label currently enjoying cult-like status among the intended target group, and Artistic Director of the Louis Vuitton Men’s collection since March 2018. For Rimowa, Abloh designed a limited variation on the classic polycarbonate suitcase, for which the plastic is not dyed, so the suitcase is transparent. What appears thoroughly appealing with an empty suitcase is unfortunately rather unsightly once it is packed, although buyers will probably hang onto them as something of a collector’s item. Further collaborations with Fendi, the designer JW Anderson, or Japanese label Ambush, all similarly closely connected with LVMH already, are set to contribute to Rimowa likewise being able to position itself as an avant-garde fashion brand in future. The necessary “coolness” is simply being “transferred” by means of the staff and image resources of the group to the newly acquired brand. Unquestionably, the foreseen increase in value of Rimowa would never be achieved even with sensational innovations from the workshop of Rochus Jacob.

The picture is still a little blurred and it is not yet clear where Rimowa’s journey is headed. As long as quality is still high and the core of the brand remains product design oriented towards actual usage, the hype currently set in motion will do the company no harm. One can only hope that the capital now available is injected at least partly in the further technological development of the products. Ideally, progressive marketing and progressive technology make for a happy symbiosis. Nevertheless, there is a risk that LVMH will be satisfied with creating a lifestyle brand whose product quality is insignificant because ultimately the logo alone justifies the price. Yet even if it currently looks like Rimowa’s market value can be increased far more through its positioning as a fashion brand rather than through technological advancement, who knows whether that will still be the case in ten years? It is easily possible that the desire for sustainable products, which is growing ever more in Europe, will by then have spread to the targeted growth markets in Asia and America. If, however, the core of Rimowa’s brand has been undermined too much by that point, then the road back will be a difficult one. 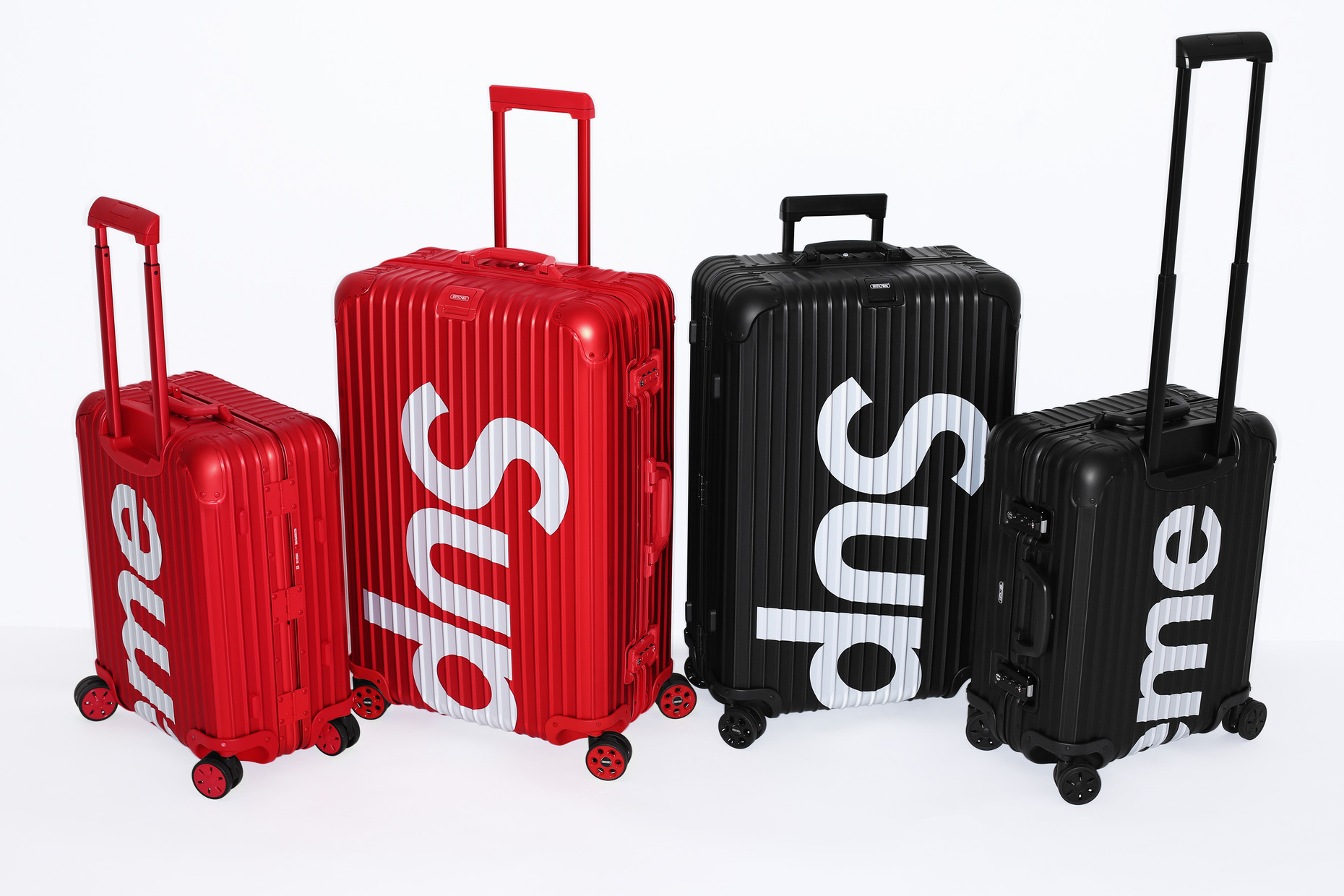 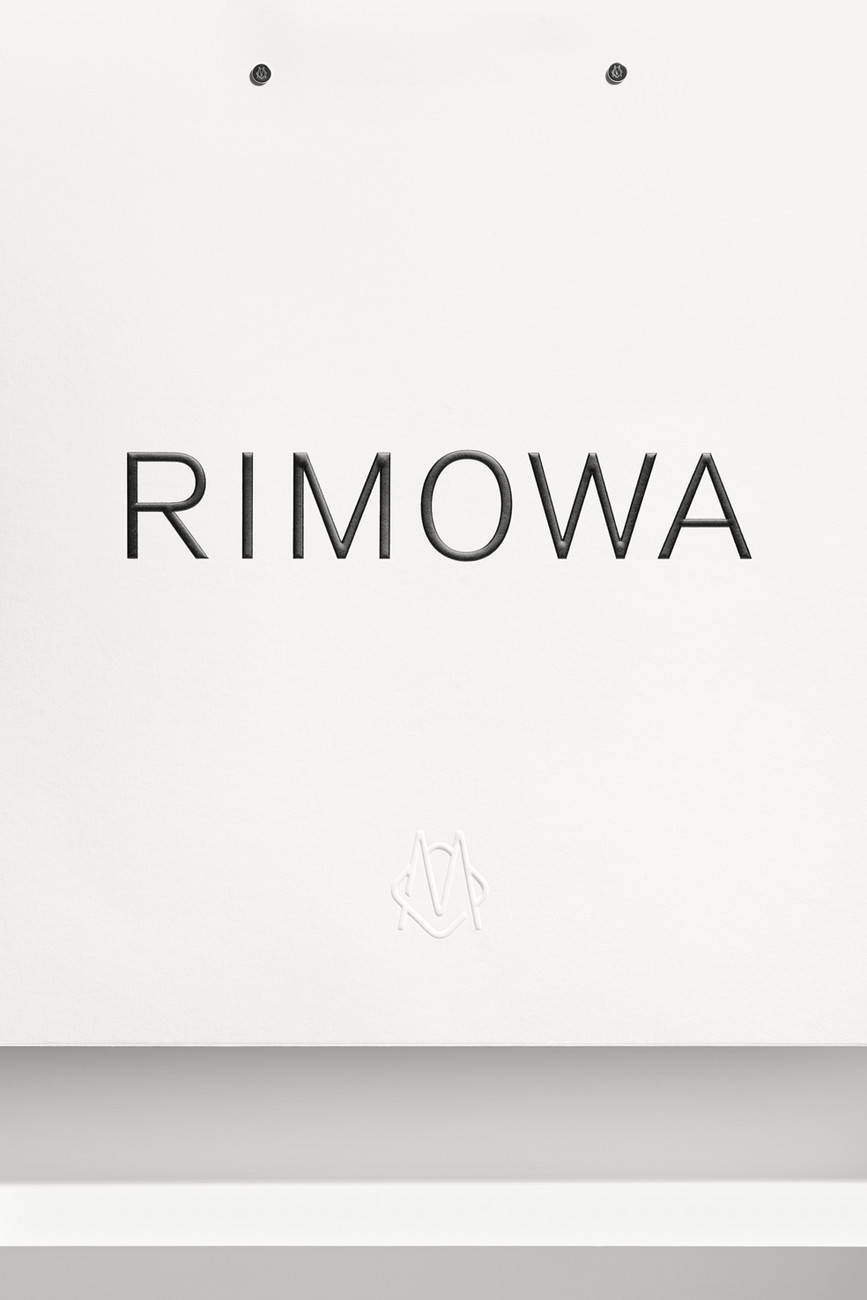 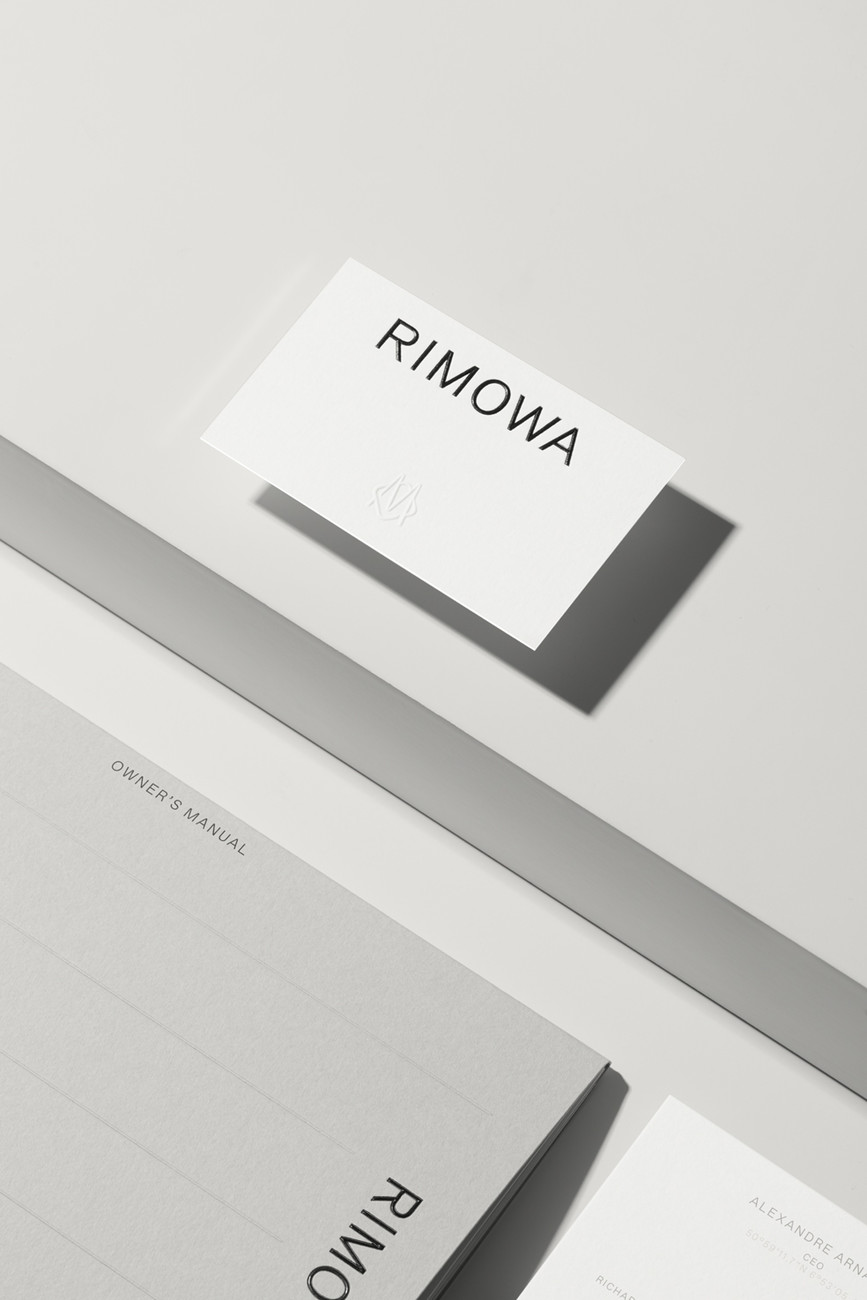 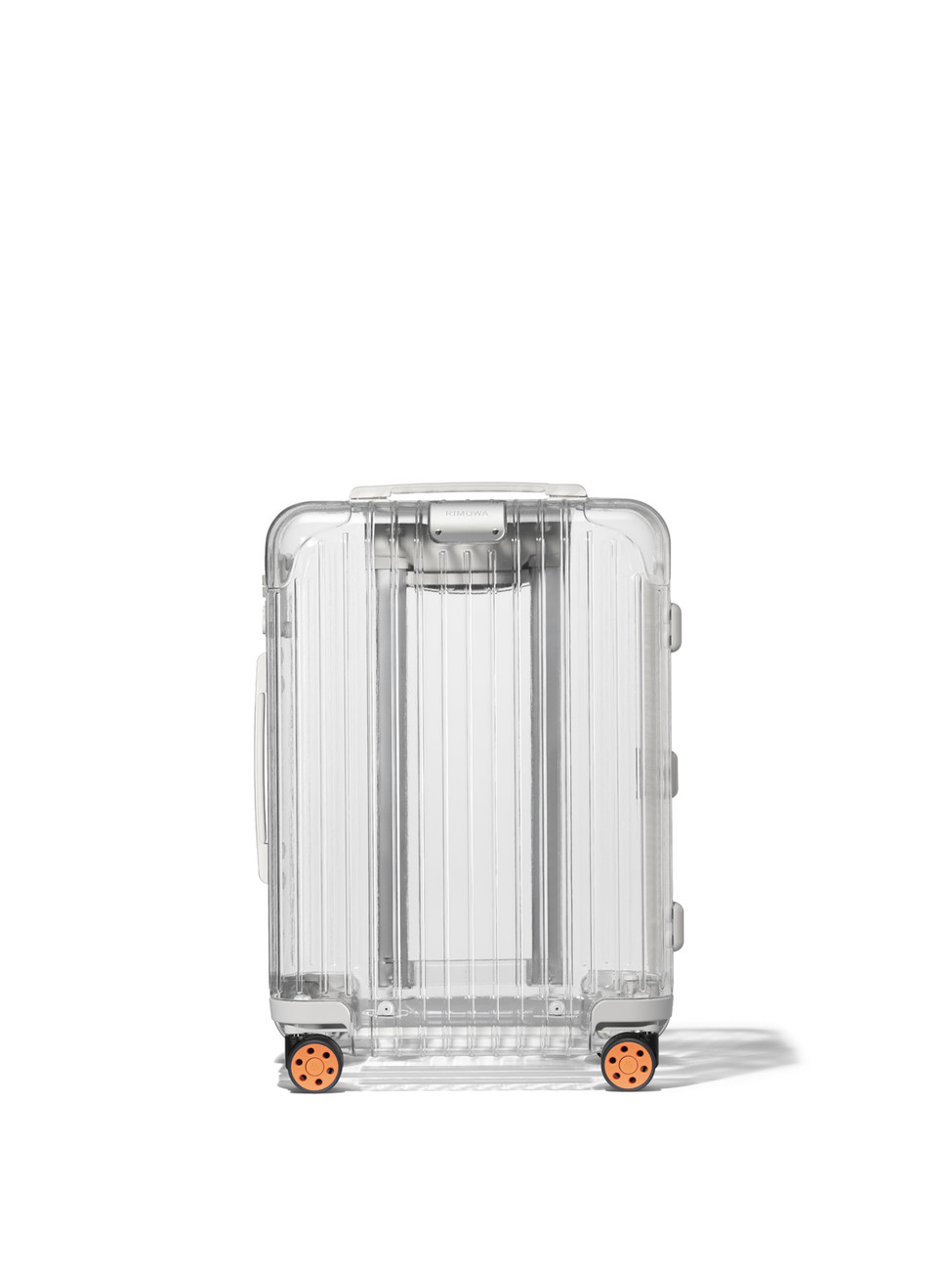 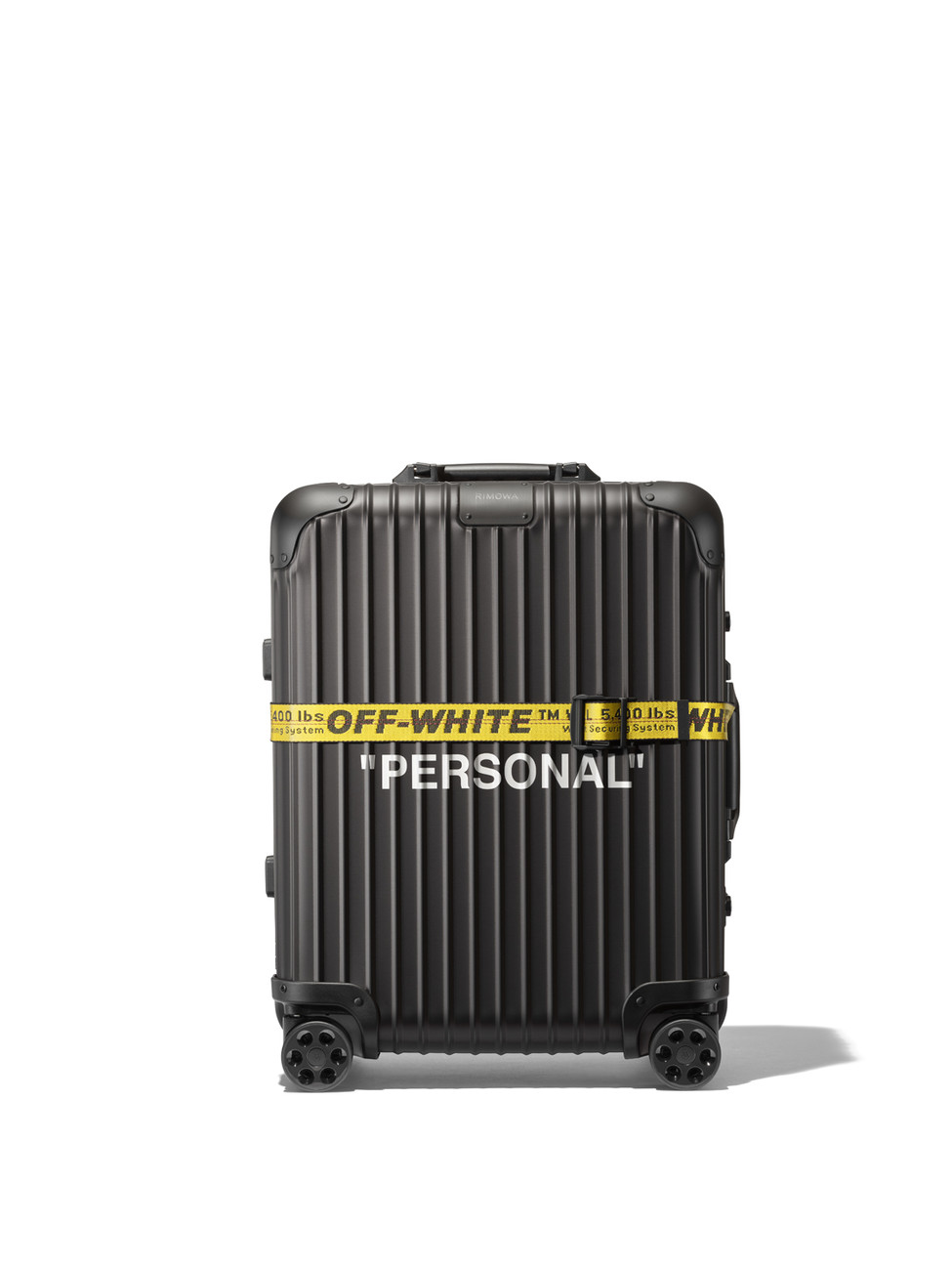 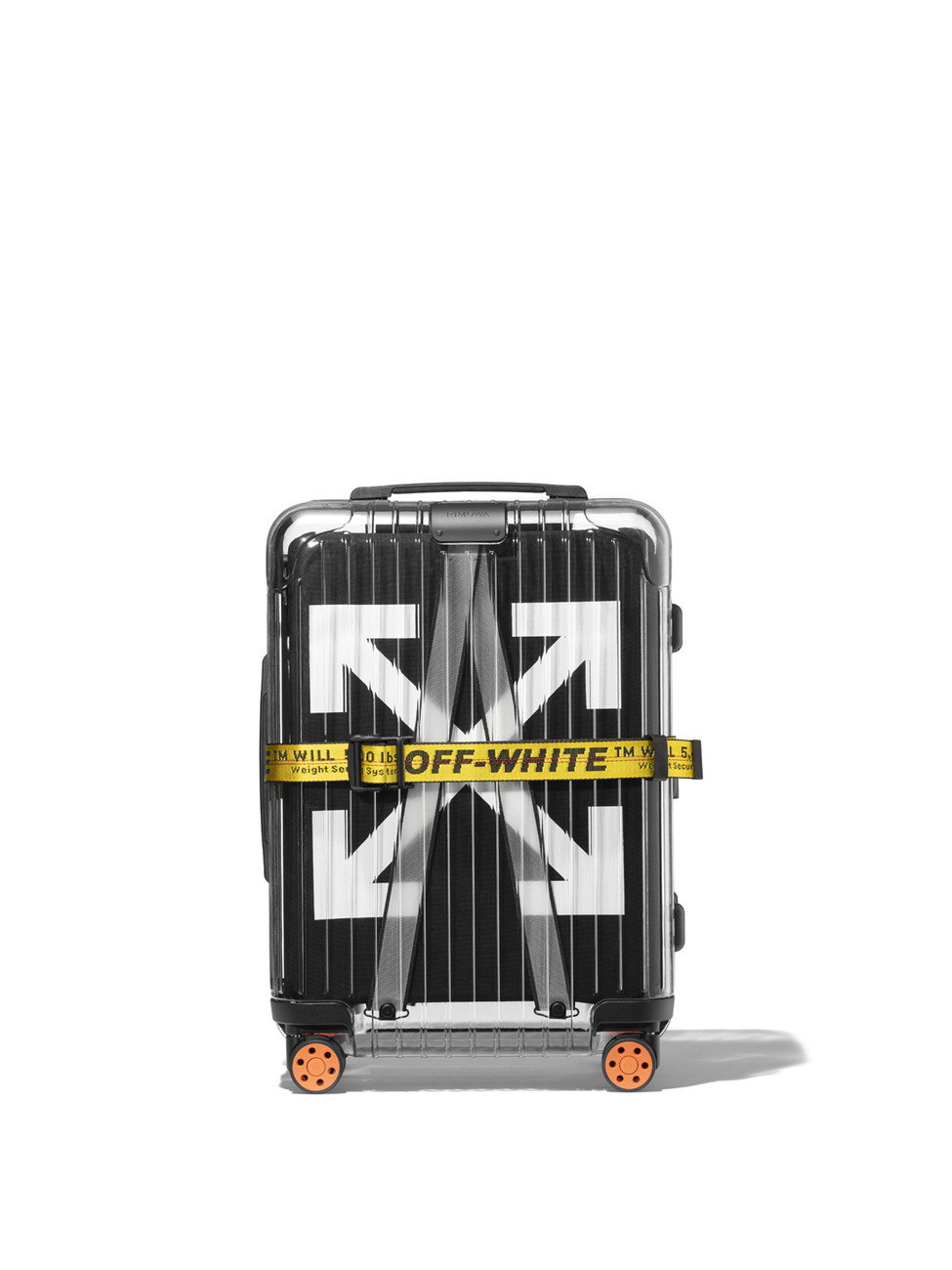 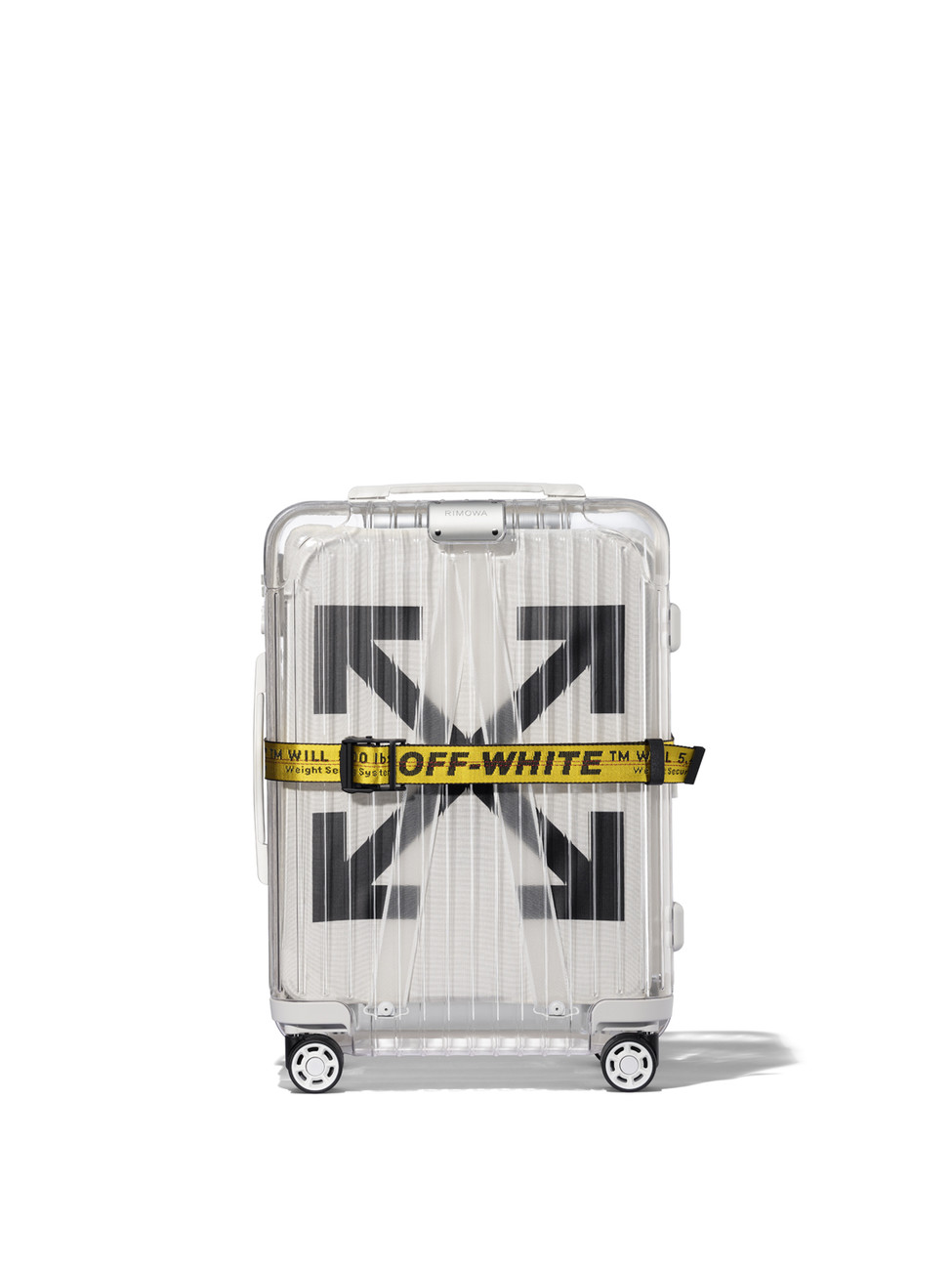 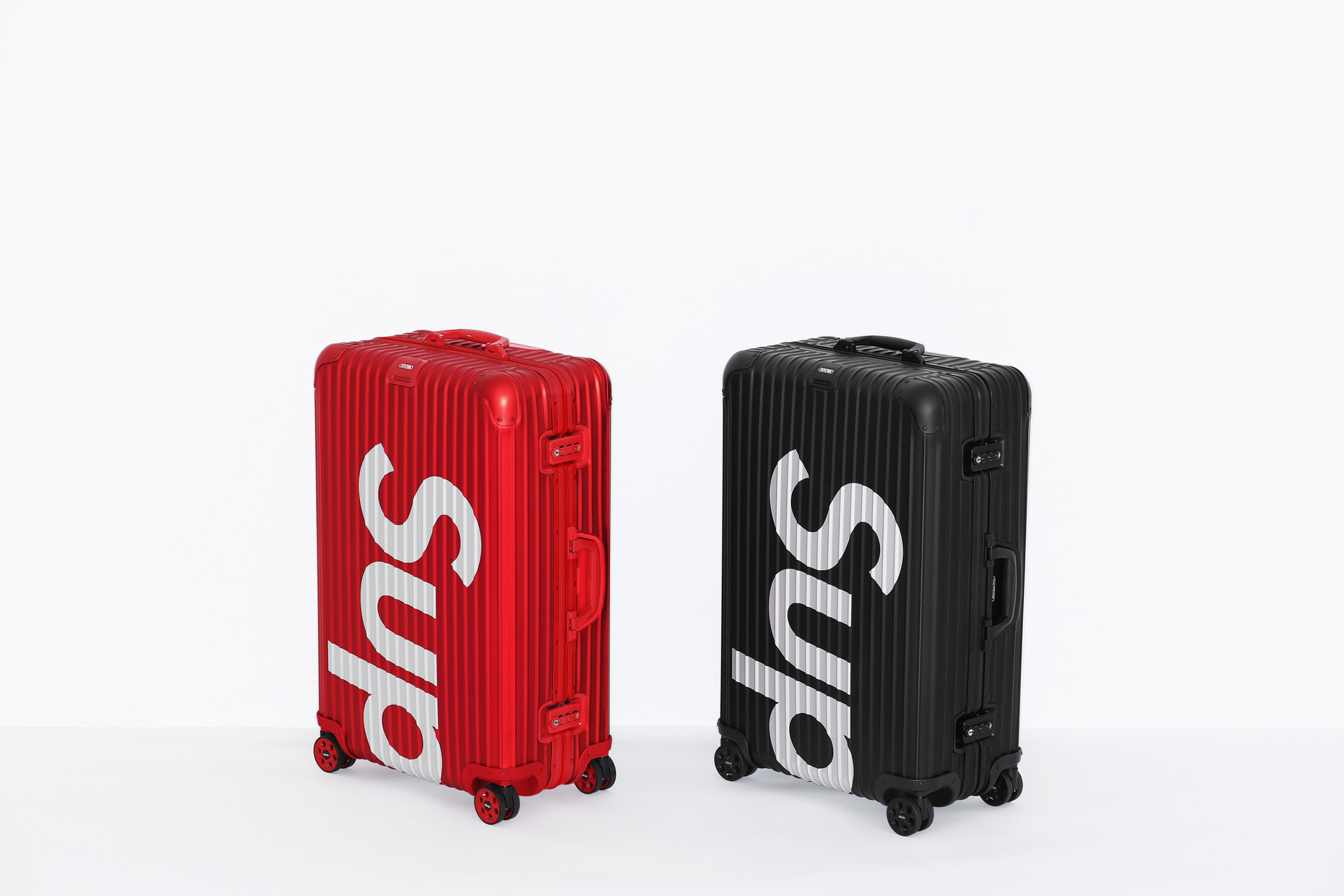 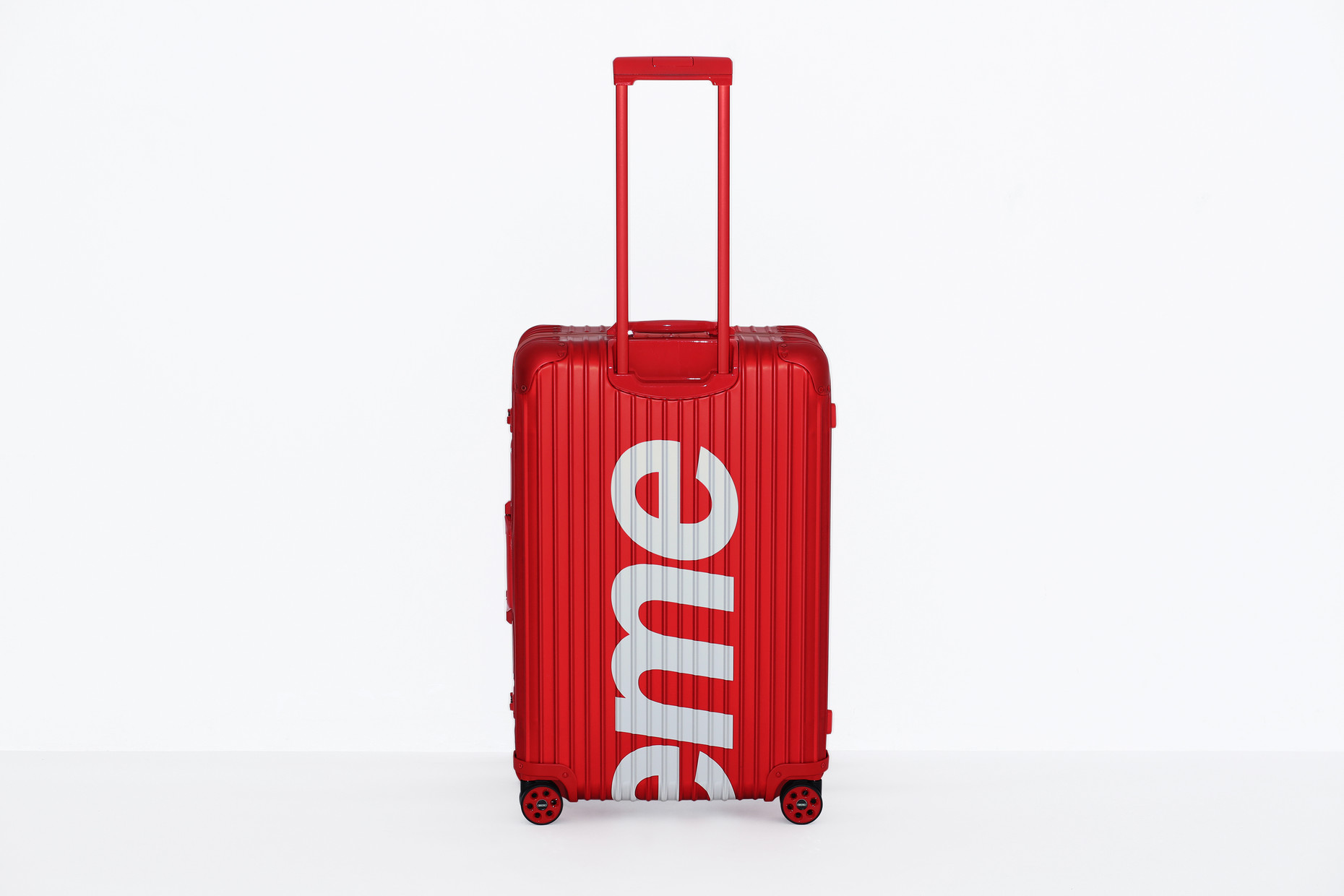 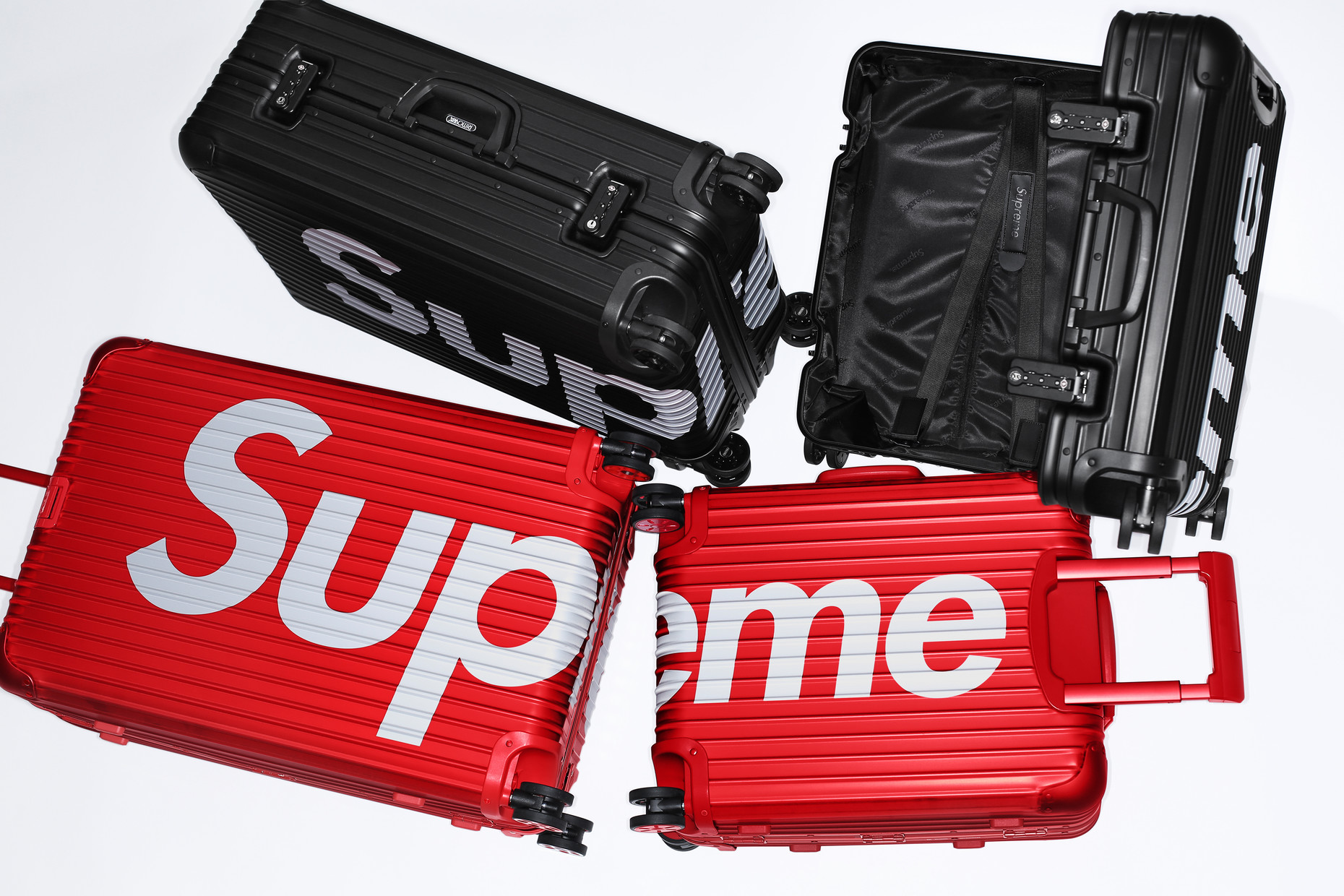 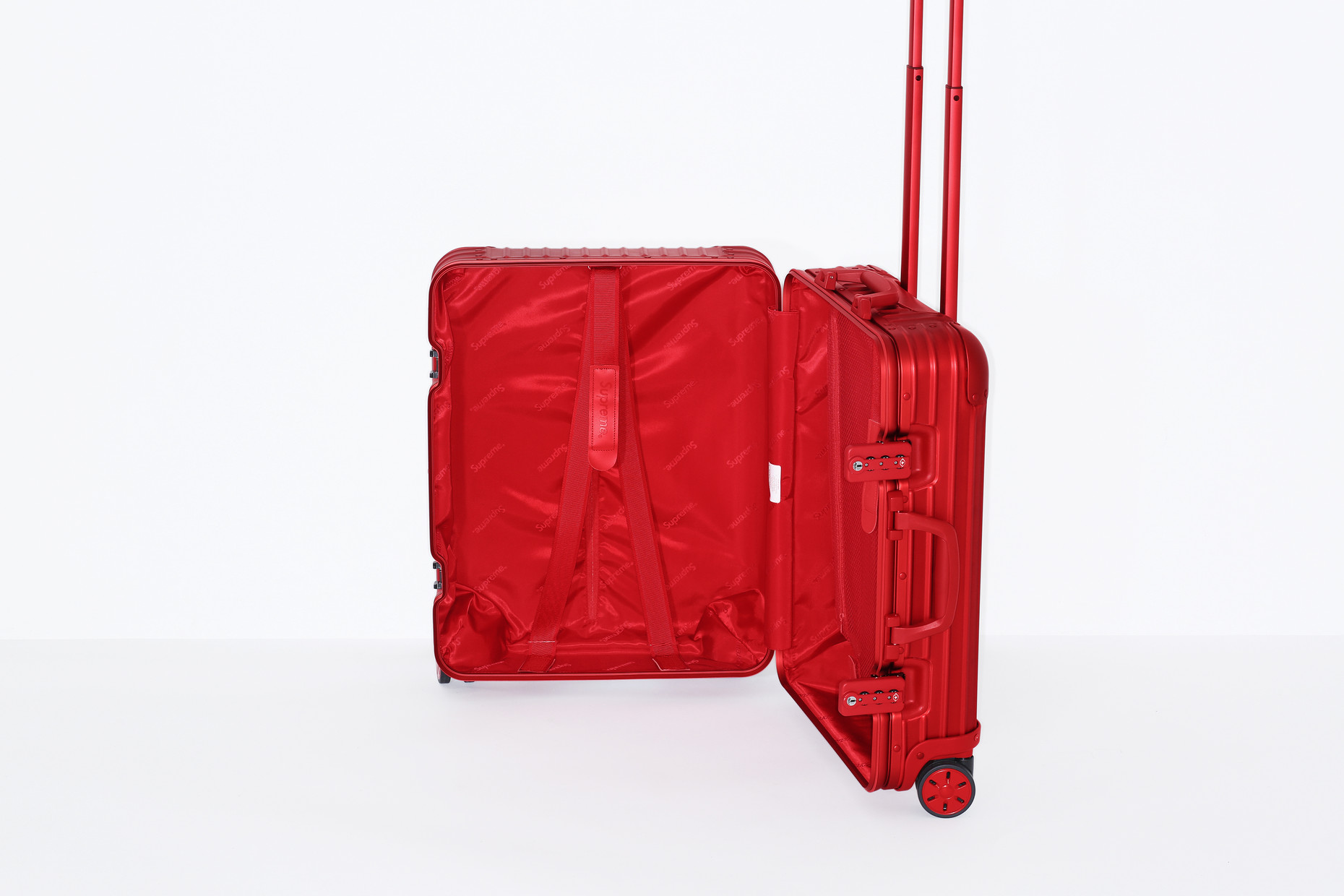 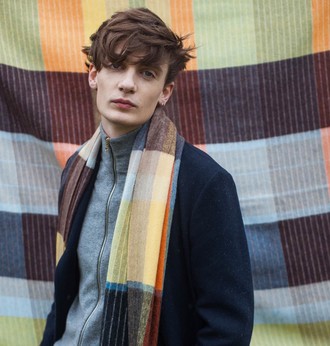 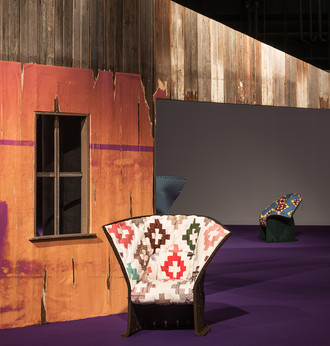 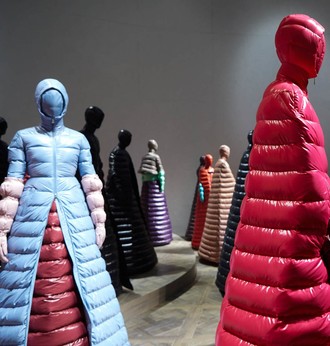 Pushing boundaries as a manifesto

With its Genius Building at Milan Fashion Week, Moncler revealed an experimentation laboratory for designers. 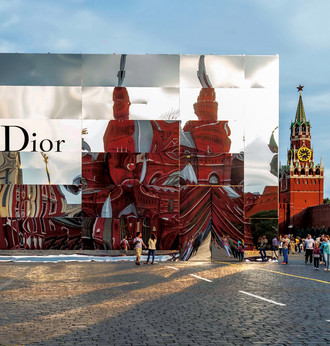